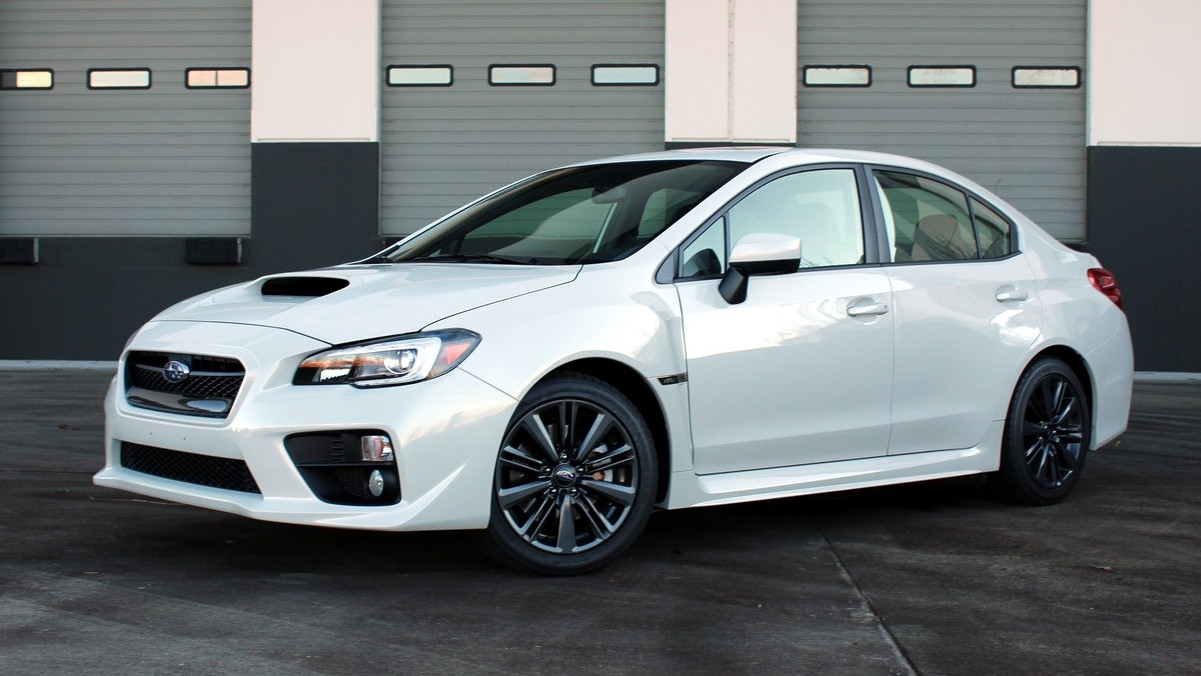 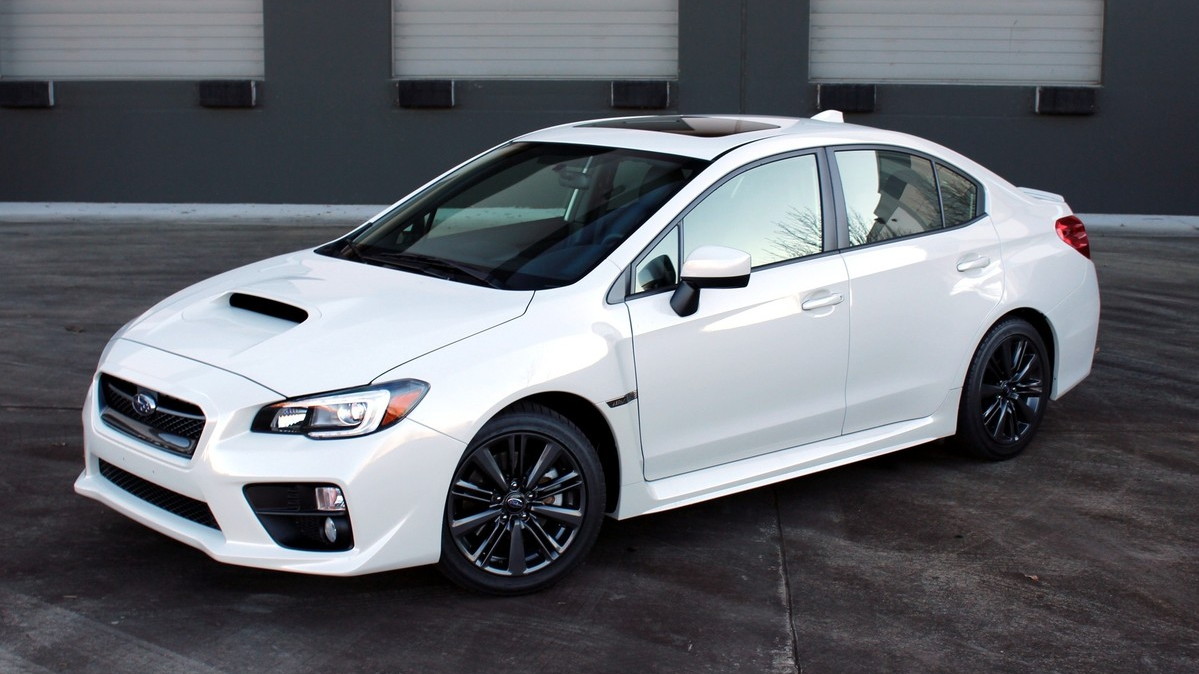 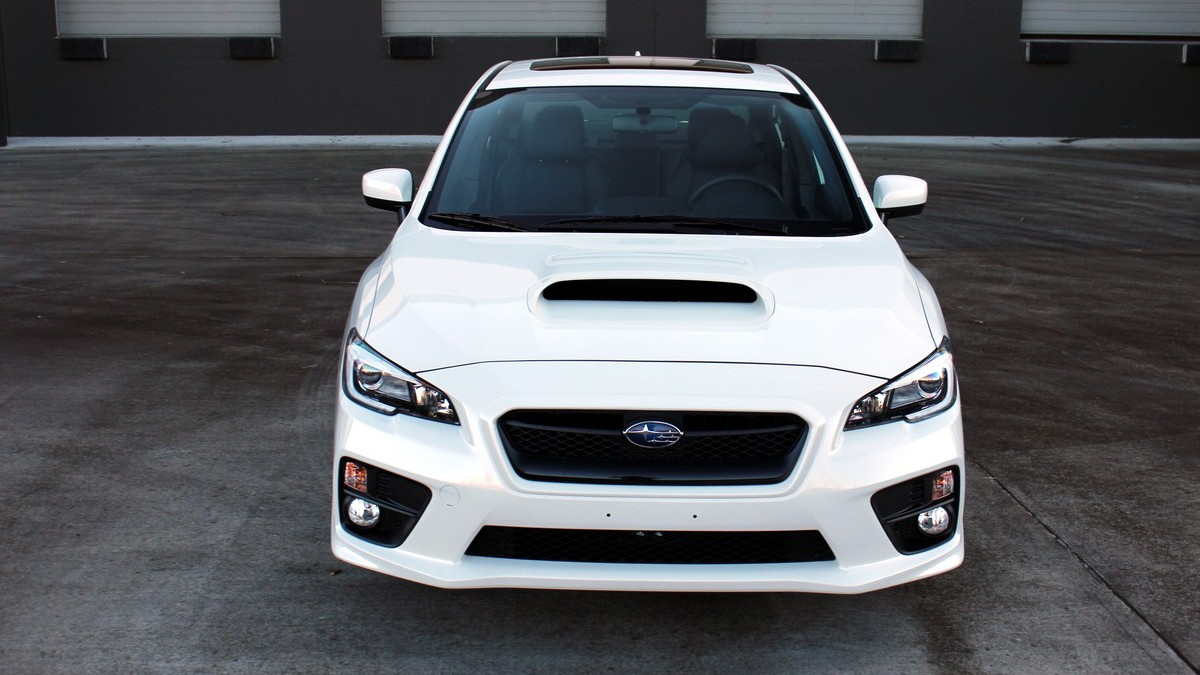 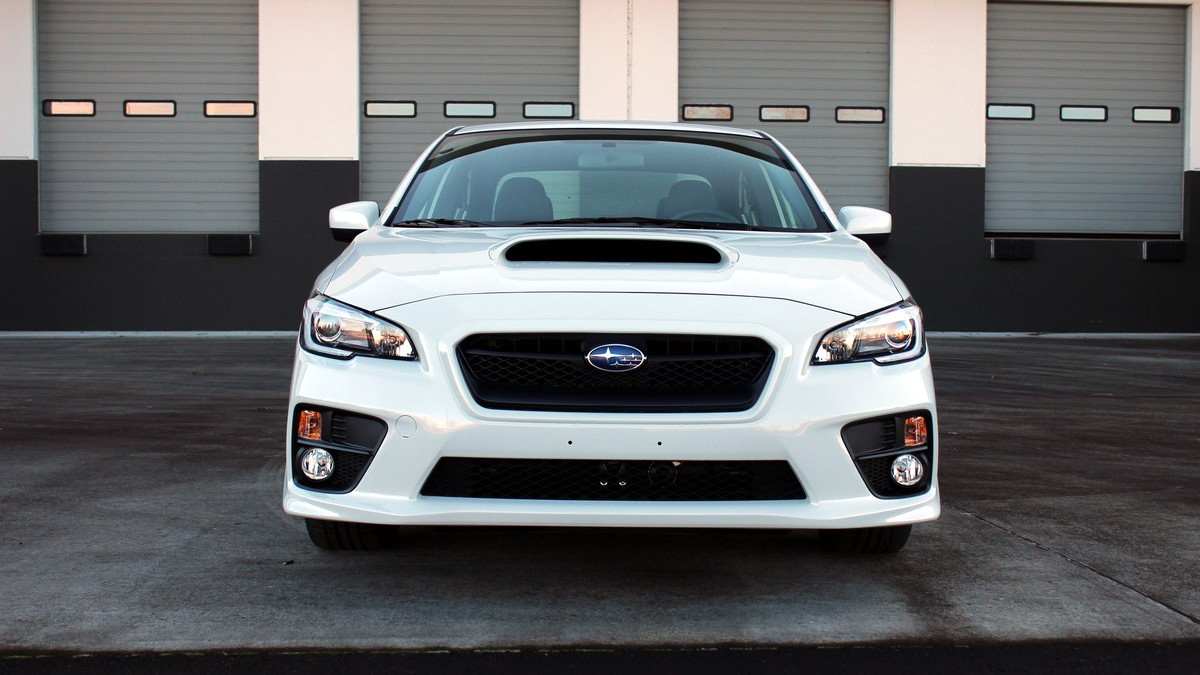 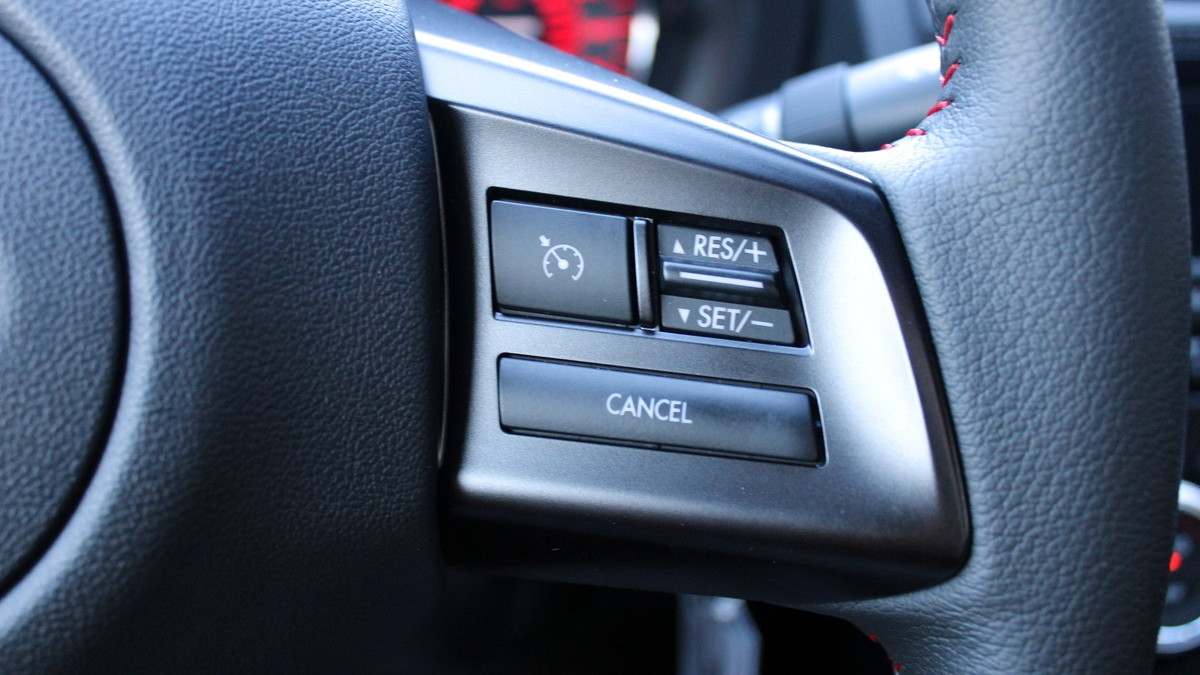 Can't make up your mind whether to go for the new 2015 Subaru WRX or step up to the 2015 Subaru WRX STI? If you're fond of the idea of having a turbocharged, high-performance (and of course all-wheel-drive) Subaru in your driveway, we're here to help decide which is best for your use.

As we pointed out in our first drive of the 2015 Subaru WRX STI, the WRX itself is one heck of a tough opening act to follow—especially just in terms of performance value for the money, with its base price of $27,090, including destination.

As for the STI, it starts about $8k higher than the WRX, but it adds more standard equipment, and becomes a considerably more serious performance car.

Of course, the WRX—which we've just given full coverage with a 2015 Subaru WRX video road test—has become a more serious performance car this year, too.

Luckily we were able to drive the WRX less than a week before heading out to drive the new 2015 STI, so we had a decent baseline by which to gauge the STI's superiority. But the WRX had us almost fooled that we were in an STI; we were surprised at how firm the suspension is tuned, how vivid and strong the powertrain response is, and how 'in check' this small sedan feels dynamically, at all times.

Vast differences in performance—and WRX holds an edge in drivability

And then there's the delightful surprise: that the WRX's new direct-injection turbocharged 2.0-liter 'FA' flat four, making 268 hp, manages to feel a lot stronger than the old WRX where it counts—in the middle of the rev band. You could become a little lax in shifting and be caught in a gear too high, and the whoosh of boost would seemingly erase any worries of bogging down (and the paddle-shifted CVT, we hear, does a very good job pretending it's a dual-clutch). Subaru, by the way, says (typically very conservatively) that the WRX can get to 60 mph in 5.5 seconds, while the STI can do it in 5.1 seconds. But trying to squirt into a gap in traffic, without being super-vigilant about revs, you might actually judge the WRX the stronger.

Technically, that's not the case. Opt for the STI, and you get the carry-over EJ-Series engine, making the same 305 horsepower that it's made for years, but fitted with a Sound Creator that brings more intake-generated noise into the cabin, in a controlled way. Again, after driving the WRX, it was abundantly clear that while the STI might be everything it promises to be when revved into its upper ranges, its torque curve isn't nearly as robust, and it's not quite as forgiving (a difference just thoroughly dyno-tested and explained by Road & Track).

The gearboxes for both models might look the same at a very quick glance, but the WRX gets a cable-shift linkage for its lighter-duty six-speed transmission while the STI gets a heavier-duty gearbox as well as a more precise (and expensive) close-ratio unit with parallel-rod shift linkage—and, in the Anniversary Edition cars, a short-shift kit.

WRX clearly does more with less

Over our time with the WRX on roads around Portland, we were very impressed (and surprised) to see that we'd returned 25 mpg over 160 miles of varied driving—some of it very spirited runs on a favorite mountain road. On the other hand, in the STI (only in aggressive driving, admittedly), we averaged around 17 mpg.

Brakes and steering: STI has it

Additionally, on the STI you get inverted front struts, with revised (stiffer) springs and damping all around; all those changes in attitude to dive and squat that were made in the last-generation cars carry through, thankfully. Braking in the STI is upgraded as well—with Brembo 13-inch vented front brakes (versus 12.4-inch in the WRX) in front, and 12.4-inch vented discs in back in the STI (versus 11.3-inch in the WRX).

The STI has quicker-ratio (13:1 versus 14.5:1) steering, and it has traditional hydraulic boost instead of the WRX's electric boost. While we thought the WRX's steering was precise and reasonably well weighted, albeit on the light side for performance driving, the STI's unit provided even better weighting, with just a little bit of feel from the road when it mattered.

The superficial and the serious

There are indeed some visual differences, too—like the big rear wing that's mounted on the trunk. Yes, we do prefer the cleaner look of the WRX back there, but Subaru again insists that the STI's rear wing produces meaningful downforce at triple-digit speeds.

And heading into features and aesthetics, the STI gets leather-and-Alcantara seating with red highlights (blue in the Anniversary Edition), versus the plainer fabric or leather of the WRX models. STI models do also get LED headlamps and dual-zone climate control (instead of single-zone in the WRX), plus larger wheels.

You do, of course, get things like SI-Drive, a helical limited-slip front differential and Torsen limited-slip rear diff, and a multi-mode Driver-Controlled Center Differential (DCCD)—all things that will help you on the track, and help tune how actively the all-wheel drive transfers its torque flow.

Which one wins by your wallet?

So are all these differences worth it? As we outlined in our drive of the STI, we think it comes down to this: If you plan on track time more than once or twice, all of the STI's upgrades will probably prove worth it. But if you mainly just want to make your commute a blast, get the WRX.