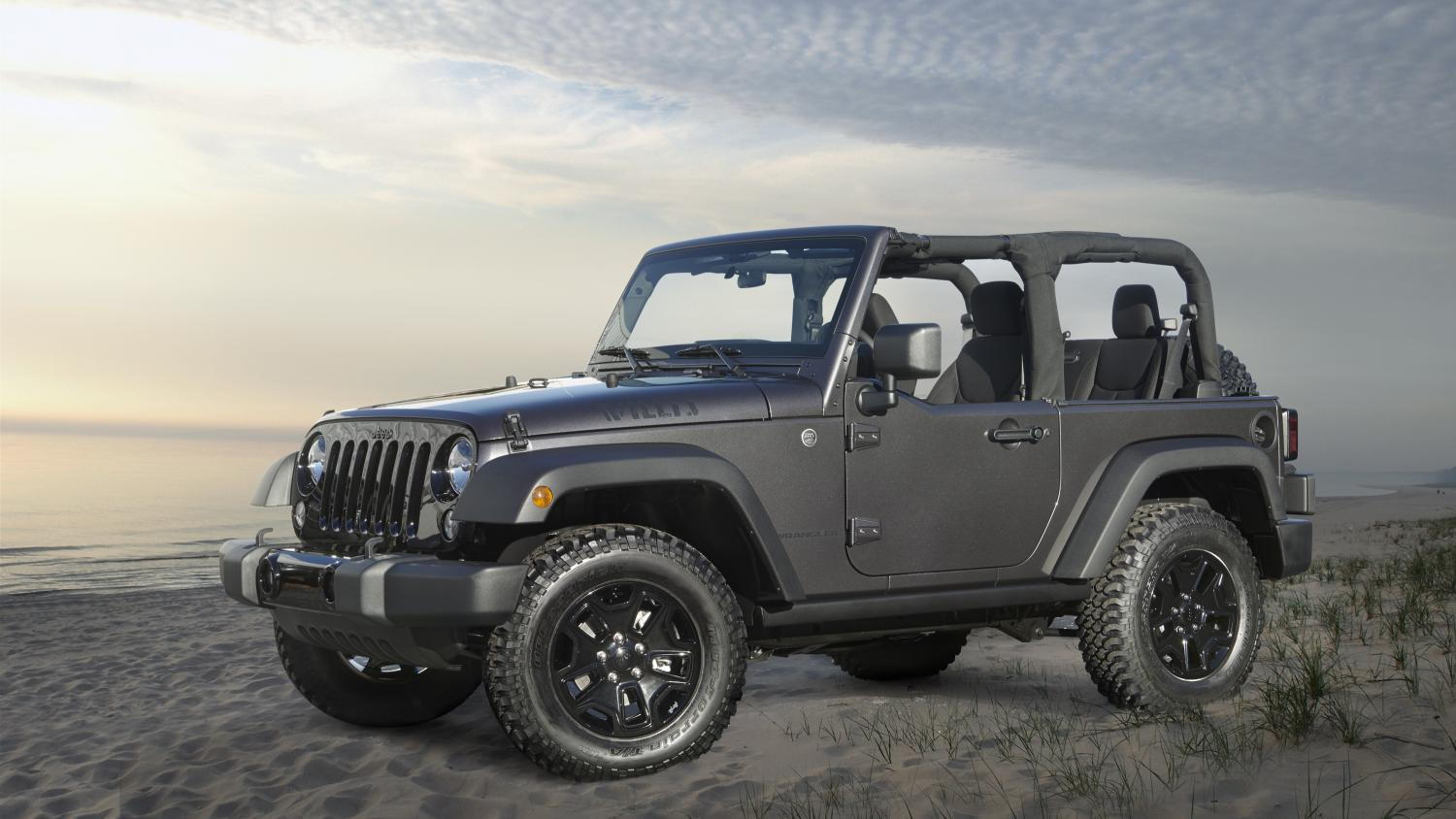 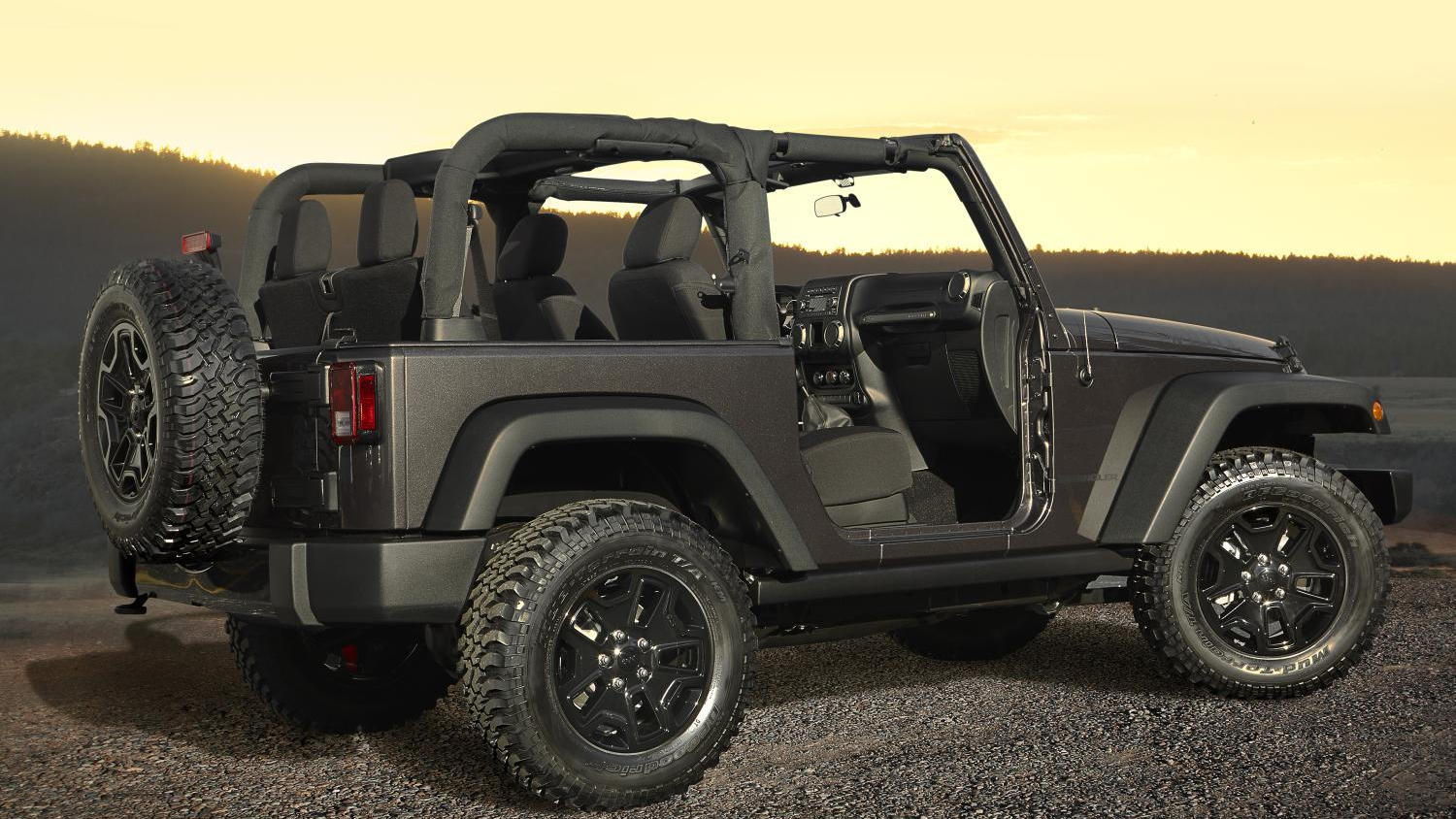 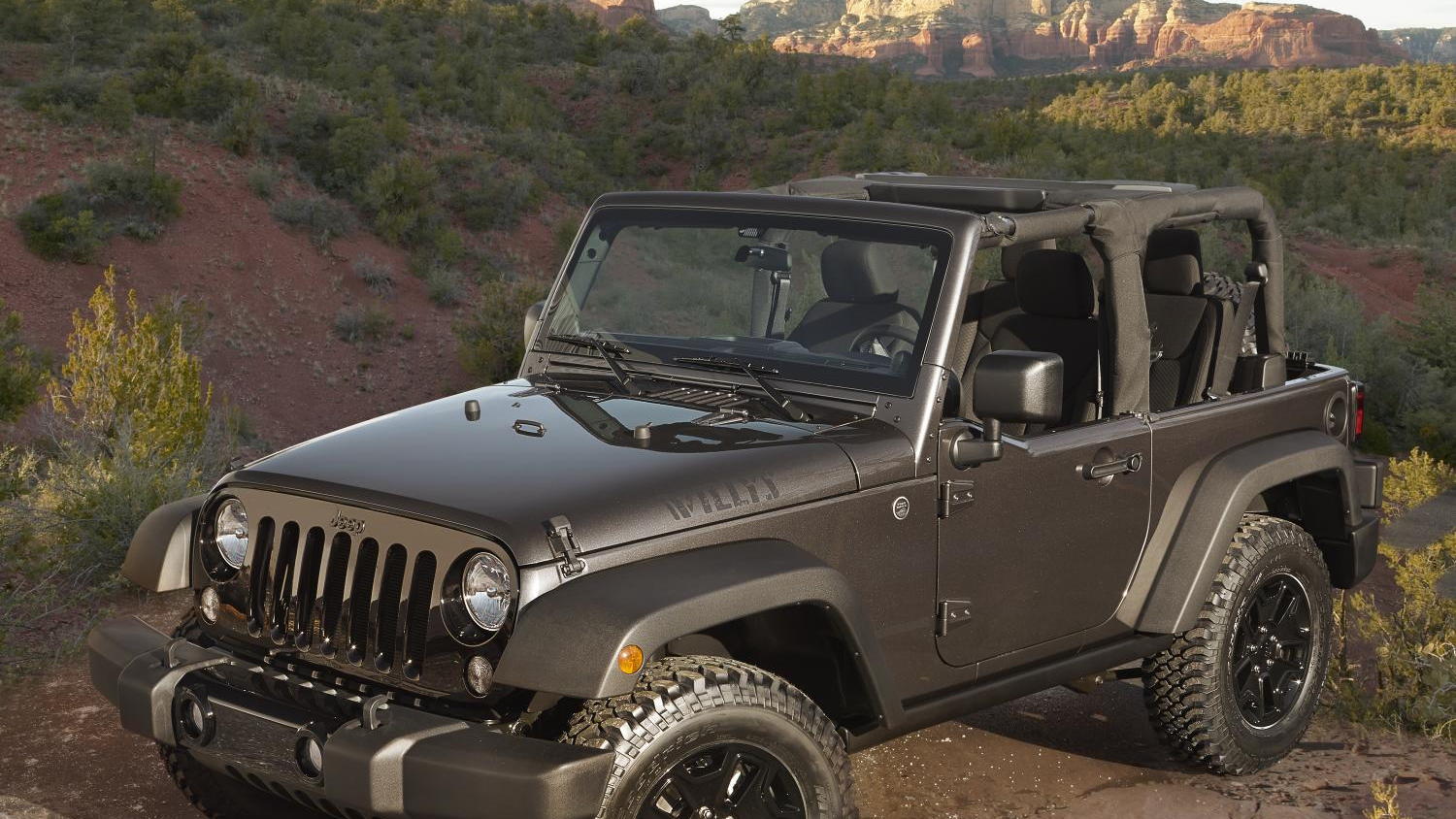 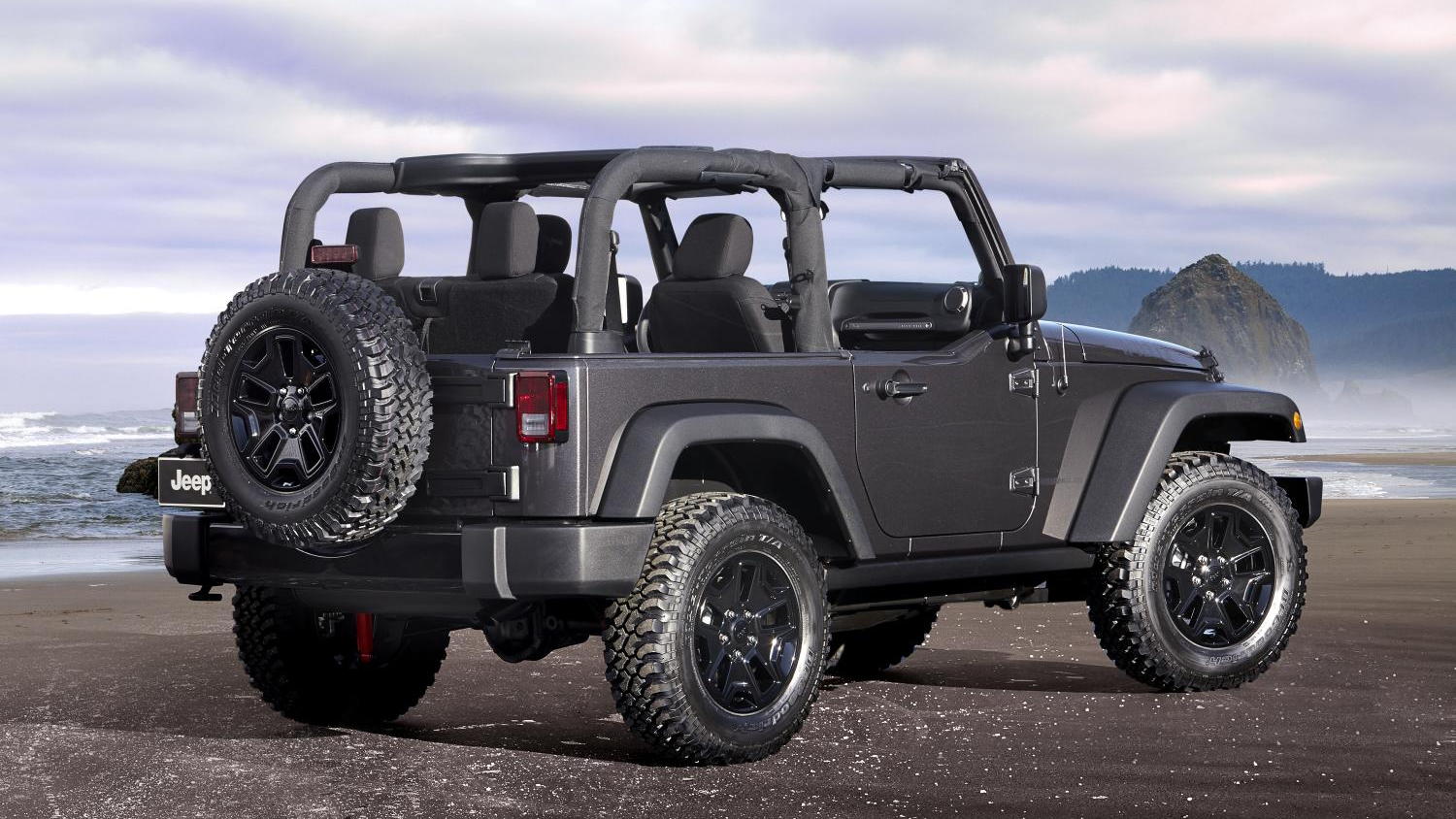 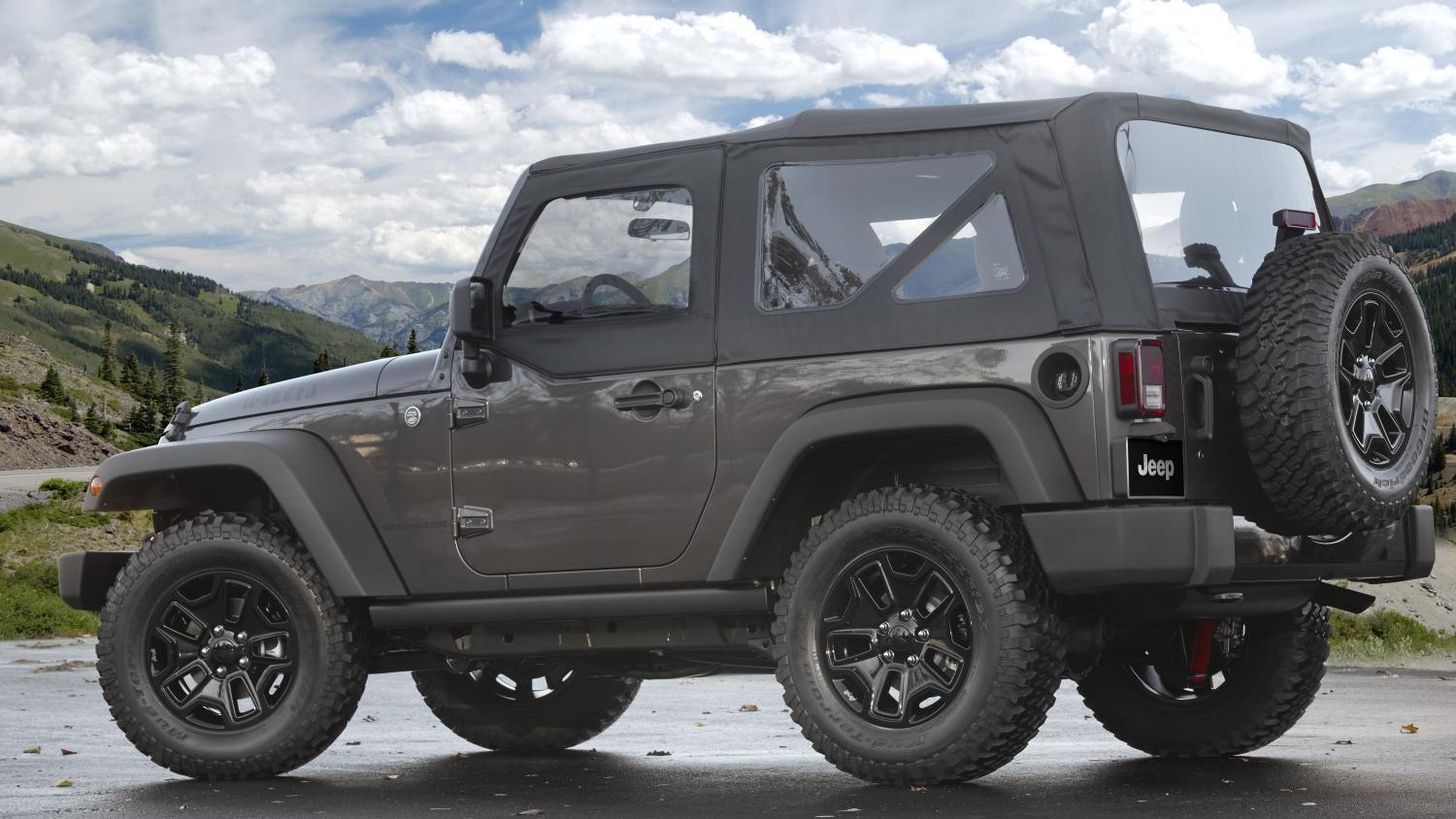 8
photos
Chrysler is stuck in the past. Retro models like the slew of Mopar Dodge vehicles unveiled at SEMA and the Fiat 500 1957 Edition capitalize on nostalgia associated with different nameplates. Now, Jeep is getting in on the action. Set to debut at the 2013 Los Angeles Auto Show tomorrow, the 2014 Jeep Wrangler Willys Wheeler Edition is an off-roader meant to recall early Jeep models like the CJ-2A.

The Willys Wheeler Edition is based on the Wrangler Sport and features Chrysler's 3.6-liter Pentastar V-6, with 285 horsepower and 260 pound-feet of torque. It comes coupled to either a six-speed manual transmission or a five-speed automatic.

Those original Willys models weren't exactly well-equipped, but the 2014 Wrangler Willys Wheeler Edition gets the Connectivity Group option package, which includes SiriusXM satellite radio. Buyers can also option their Wranglers up to the higher Sport-S level, and add a tire-pressure monitoring system and half-doors.

The 2014 Jeep Wrangler Willys Wheeler Edition hits showrooms early next year, with prices starting at $25,795 for two-door models and $29,595 for four-door Unlimited models.

The Willys is the latest in a long line of special-edition Wranglers: The Wrangler Polar Edition was unveiled two months ago at the Frankfurt Auto Show, and was preceded by a Wrangler Arctic Edition. The Dragon Edition was based on a concept Jeep unveiled at the 2012 Beijing show. Jeep also produced the Call of Duty: Modern Warfare 3 Edition and Call of Duty Black Ops Edition in the unlikely event that video gamers would feel the need to drive into the wilderness.