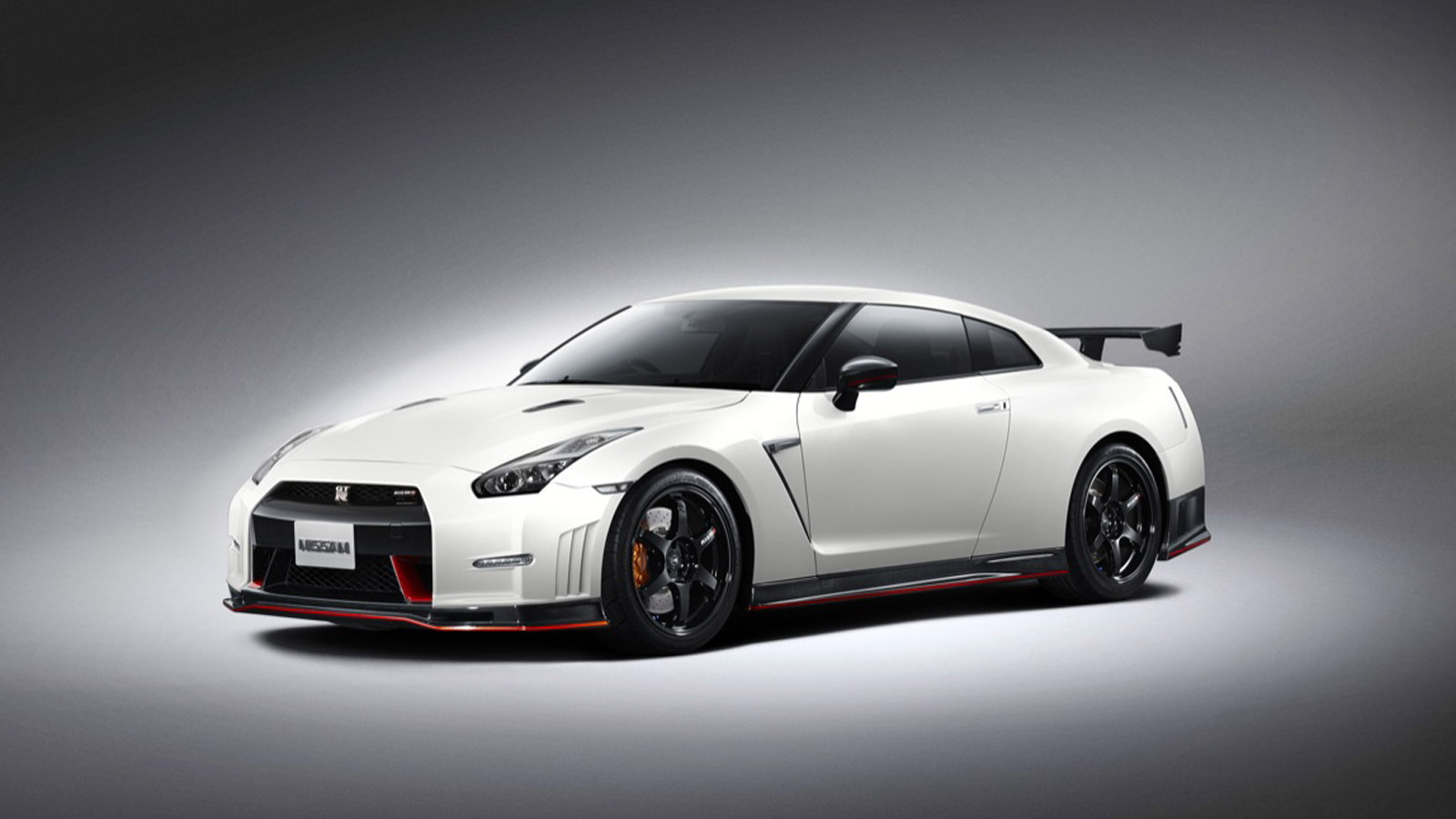 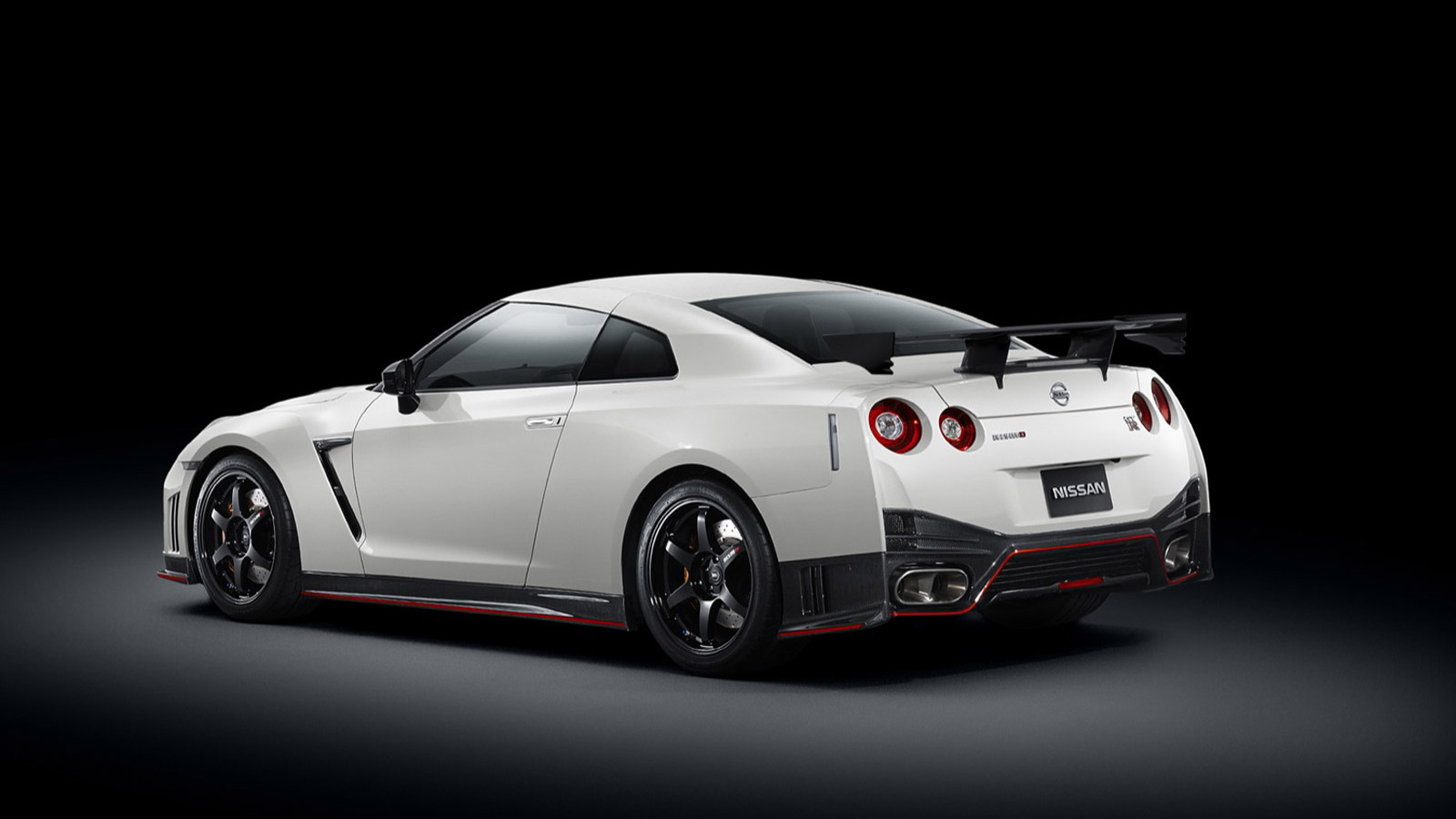 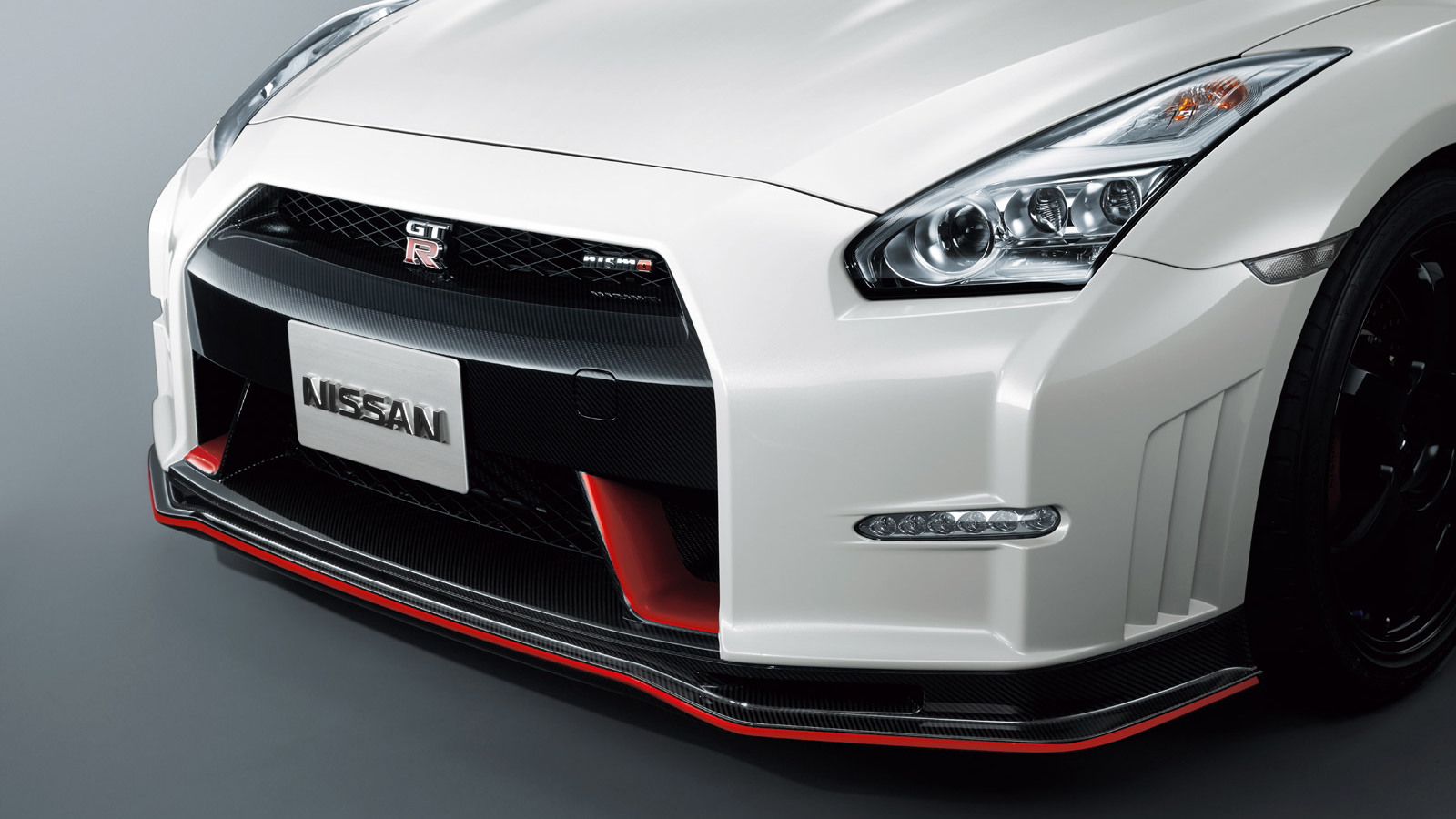 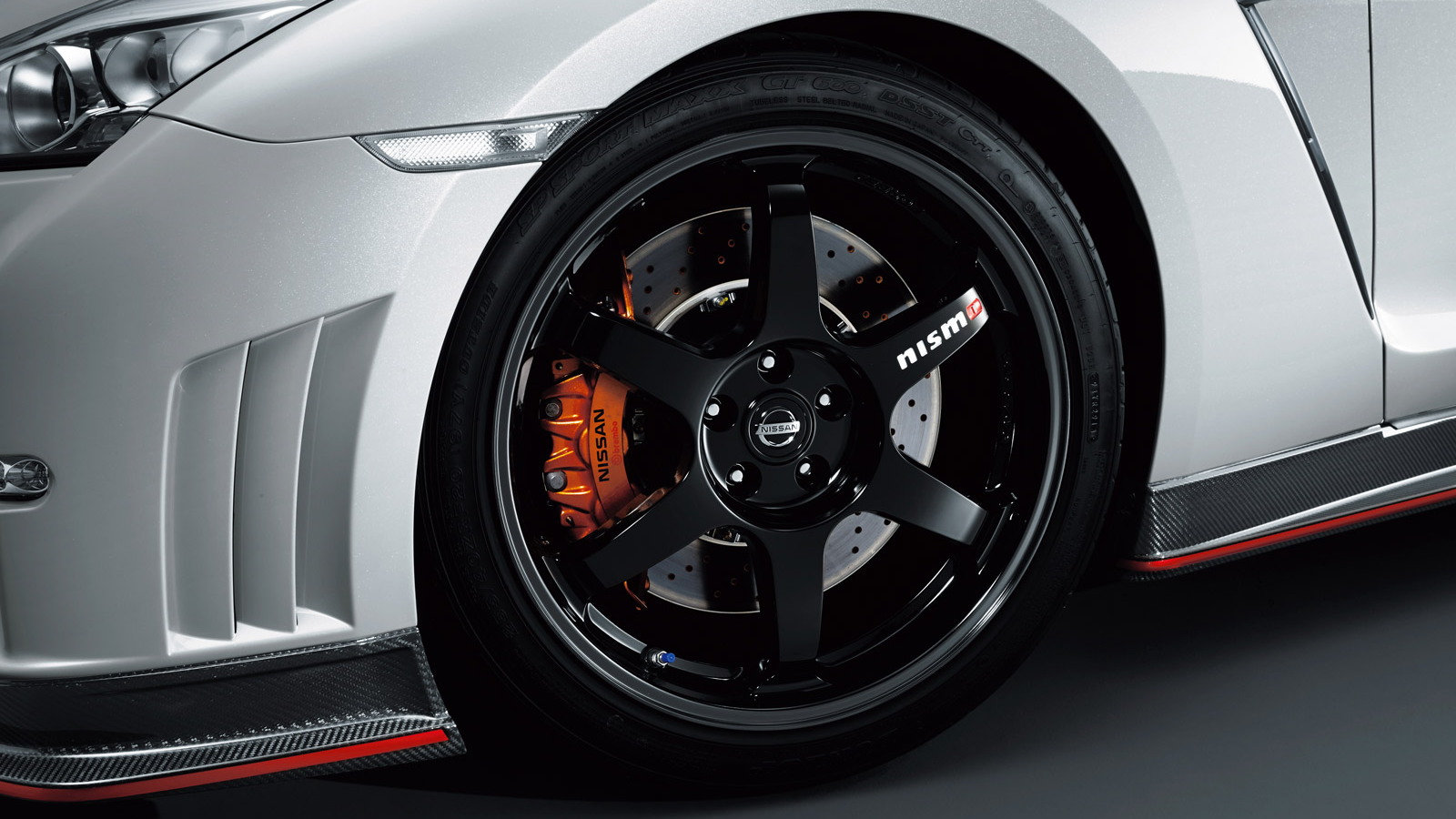 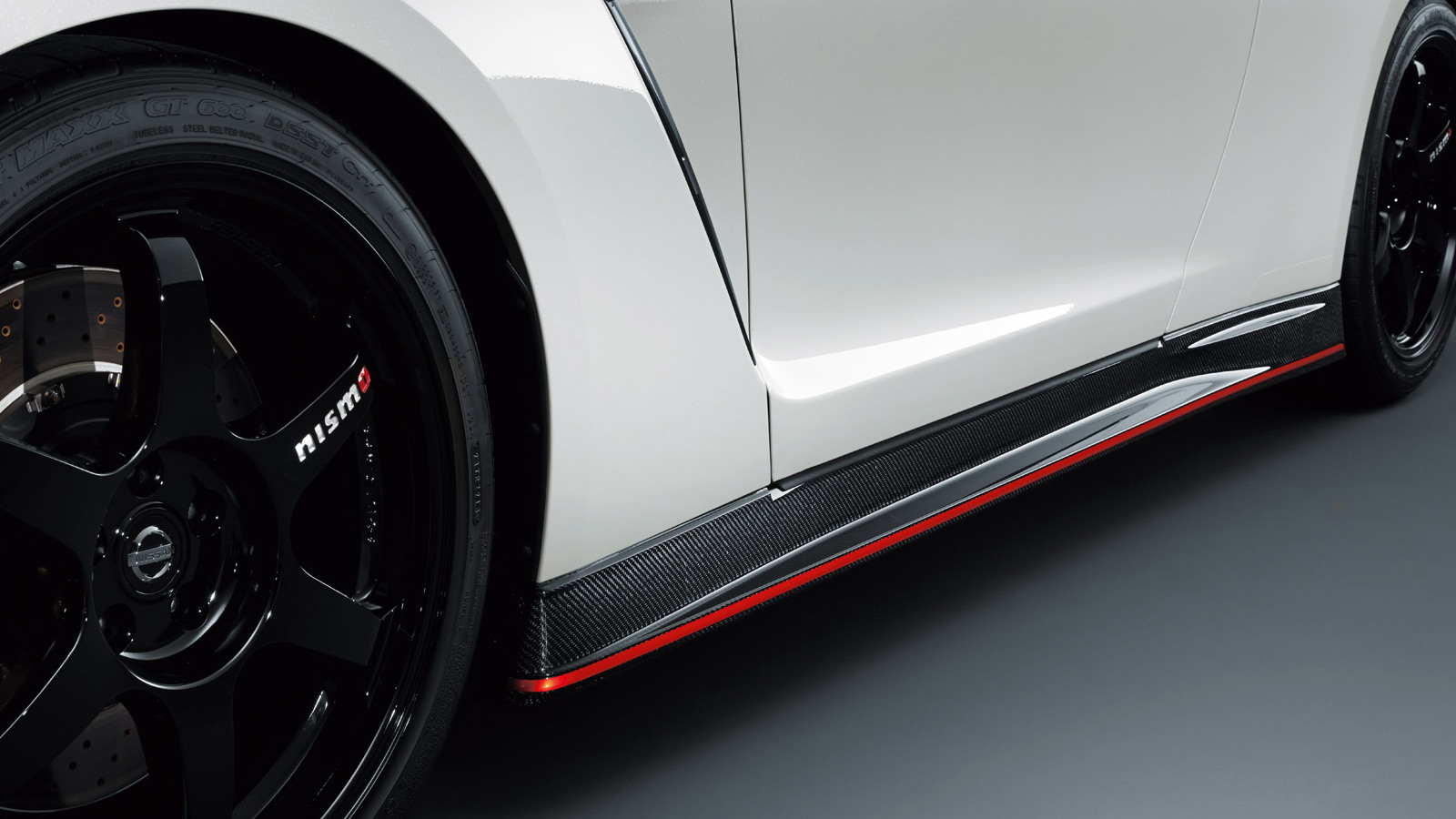 Appearances have never been completely in line with the GT-R’s unique combination of brute force and surprising finesse and capability. And for 2015, that dichotomy becomes more pronounced, with a stronger look, 600 horsepower on tap, and some suspension work that should simultaneously make the 2015 Nissan GT-R a stronger performer than ever, possibly without feeling any more brutish.

Cutting directly to what matters to those who worship the numbers: The GT-R’s 3.8-liter twin-turbo V-6 now makes 600 horsepower and 480 pound-feet of torque. maximum power gets boosted—literally—with the larger-diameter (and we assume, higher-boost) turbos that are used for racing. Breathing has been improved, and each individual cylinder gets its own timing control. The exhaust system is new as well. And altogether, max power arrives at 6,800 rpm (versus 6,400 rpm).

With the introduction of a modified suspension setup from Nissan’s 2012 Nurburgring 24 Hours road-race car, the GT-R NISMO should handle even better than before, without a significant sacrifice in ride.

To the contrary, the automaker actually points to improved refinement and reduced road noise and harshness. Better body control and reduced roll were achieved with a larger 17.3-inch hollow rear anti-roll bar; and in front, the double-wishbone suspension has been fitted with links that increase the castor trail—to aid high-speed stability, and precision in high-G cornering. Meanwhile, special springs and custom-developed Bilstein DampTronic dampers are also used in front and in back to tune this model’s handling and ride.

Nissan has helped back up these changes in suspension by enhancing the body structure—with new adhesive bonding that brings better overall rigidity, and better suspension response under full load.

Inside, the 2015 GT-R NISMO gets Alcantara trim for the steering wheel, with a three-spoke design for the tiller plus a red center mark and red stitching. There’s also ‘discreet red stitching’ for the seats, door trim, and center console. Japanese and Euro-market models will get carbon fiber-backed Recaro seats; we’re not yet sure if U.S.-market seats will change.

We’re expecting that the GT-R NISMO will continue offering its extensive, multi-screen array of performance-oriented gauges and displays—including such things as G-forces.

And through a connected services advanced performance telemetry system, drivers can download and see their on-track performance.

Changes to the GT-R NISMO are subtle; although enthusiasts in the know are going to pick them out right away. The GT-R Nismo rolls on GT500 race-inspired black six-spoke wheels, while the Nismo is offered in a new Dark Matte Grey hue that is, according to Nissan “accentuating the car’s imposing exterior muscularity.”

There’s also a new trunk-mounted spoiler in back and tapered/extended bumper, while the front end gets a wider new carbon bumper and lower valance/cover—with these changes altogether reducing the coefficient of drag to 0.27.

Last, but definitely not least for those intending to explore the GT-R’s boundaries: Improvements in aerodynamics altogether generate an additional 220 pounds of downforce at 186 mph.

There’s no word yet on top speed, although the automaker confirmed that the GT-R NISMO recently lapped the full Nürburgring-Nordschliefe in Germany with a record time thanks to its factory racing driver Michael Krumm.

That time was a 7:08.679, which Nissan boasts is the record for a mass-produced car. The record for a production car however is still held by Porsche’s much more powerful 918 Spyder, which set a time of 6:57.

Sales of the GT-R NISMO will commence in the first quarter of 2014. Pricing and U.S. specifications will be announced closer to launch so stay tuned for more. In the meantime, head over to our 2015 Nissan GT-R full review pages at The Car Connection for more production details as they’re available.