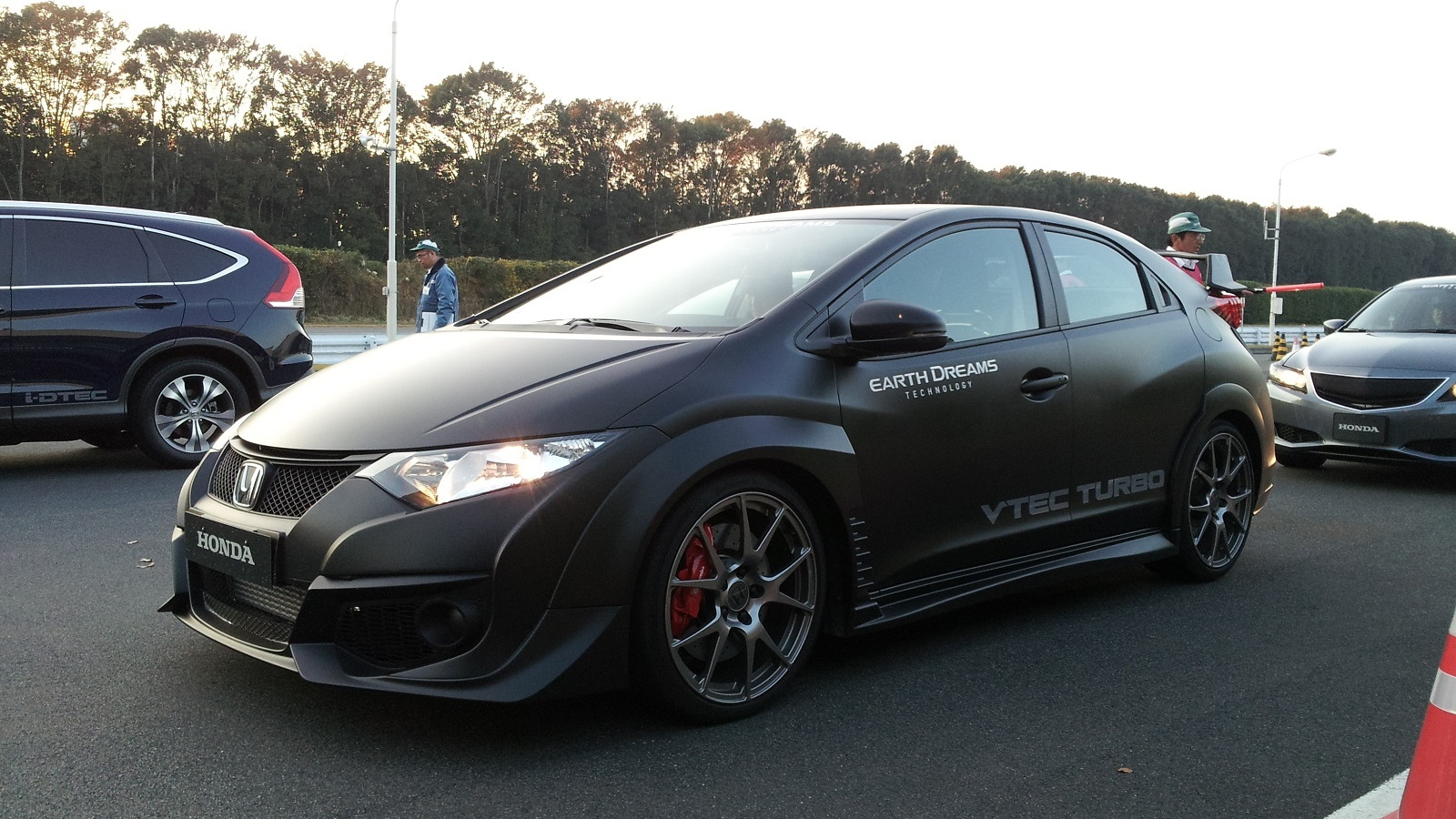 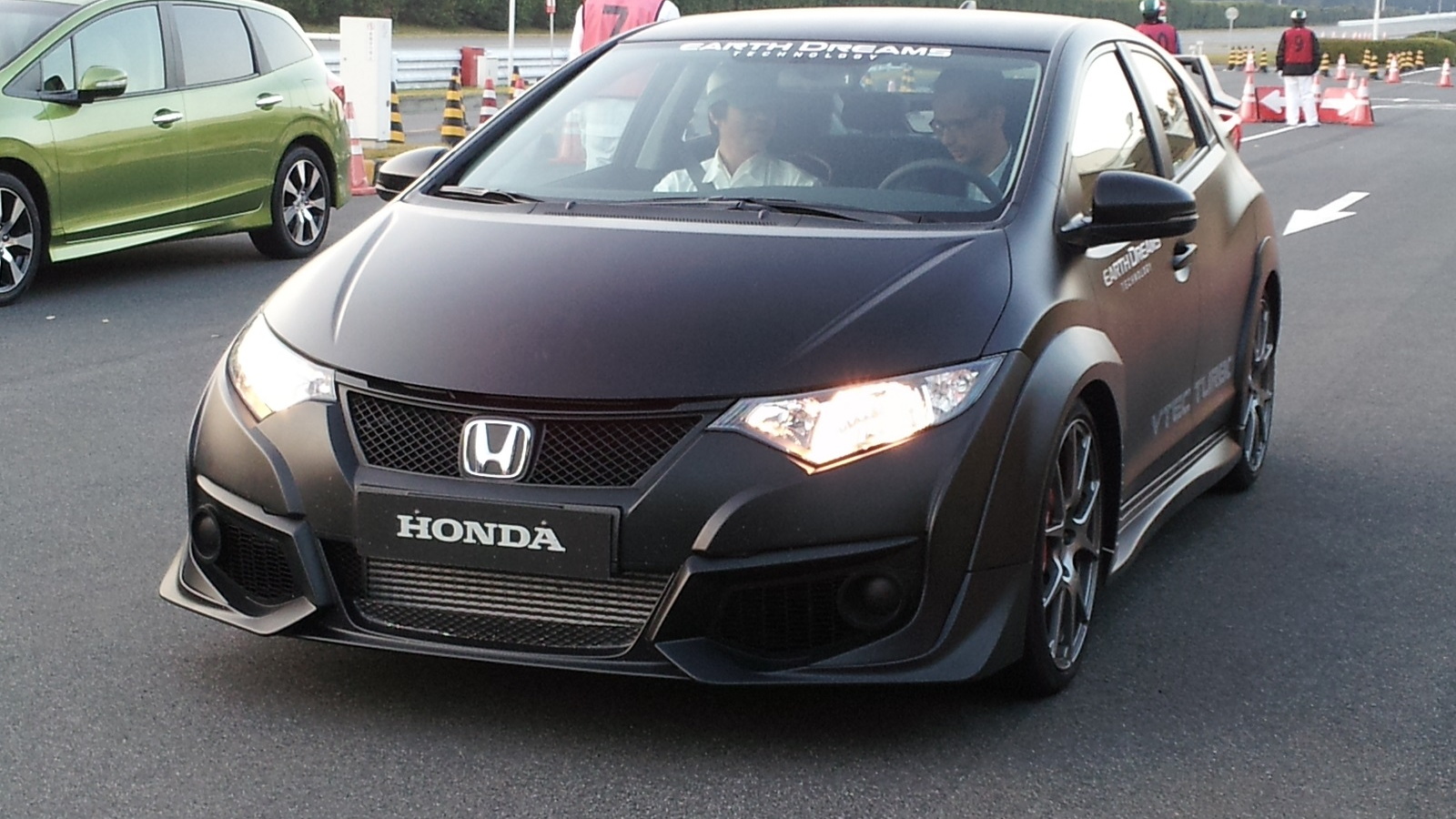 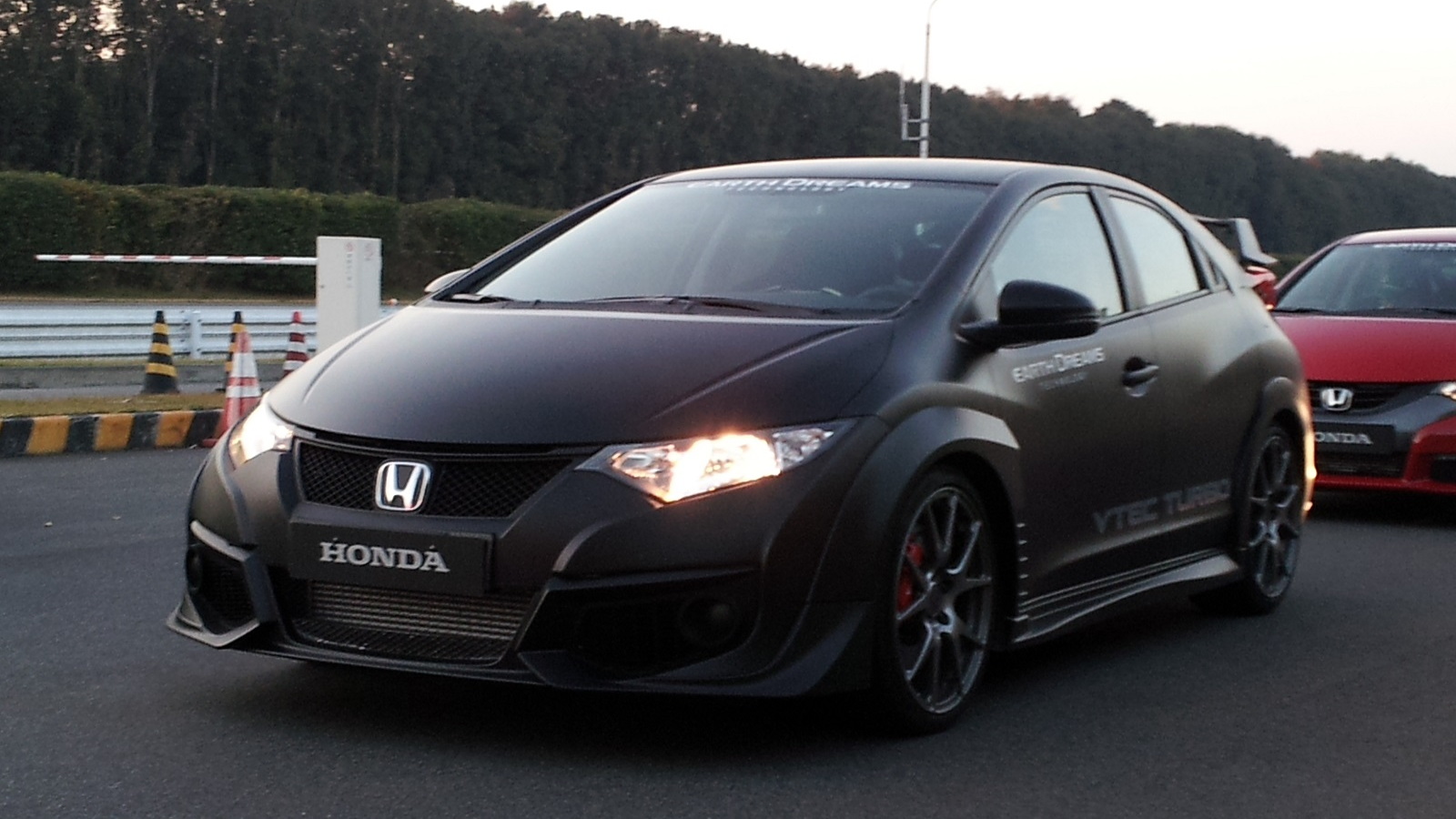 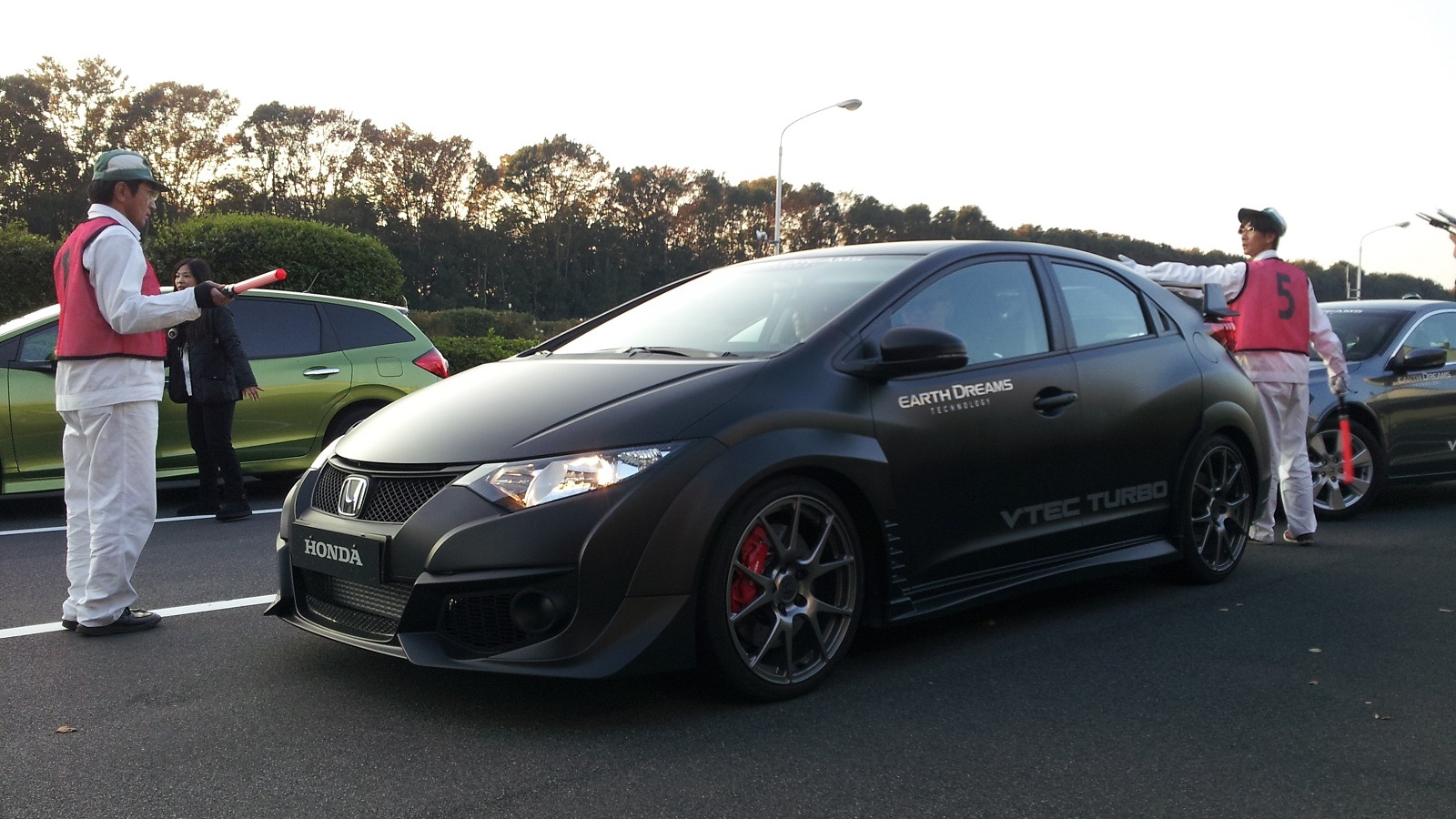 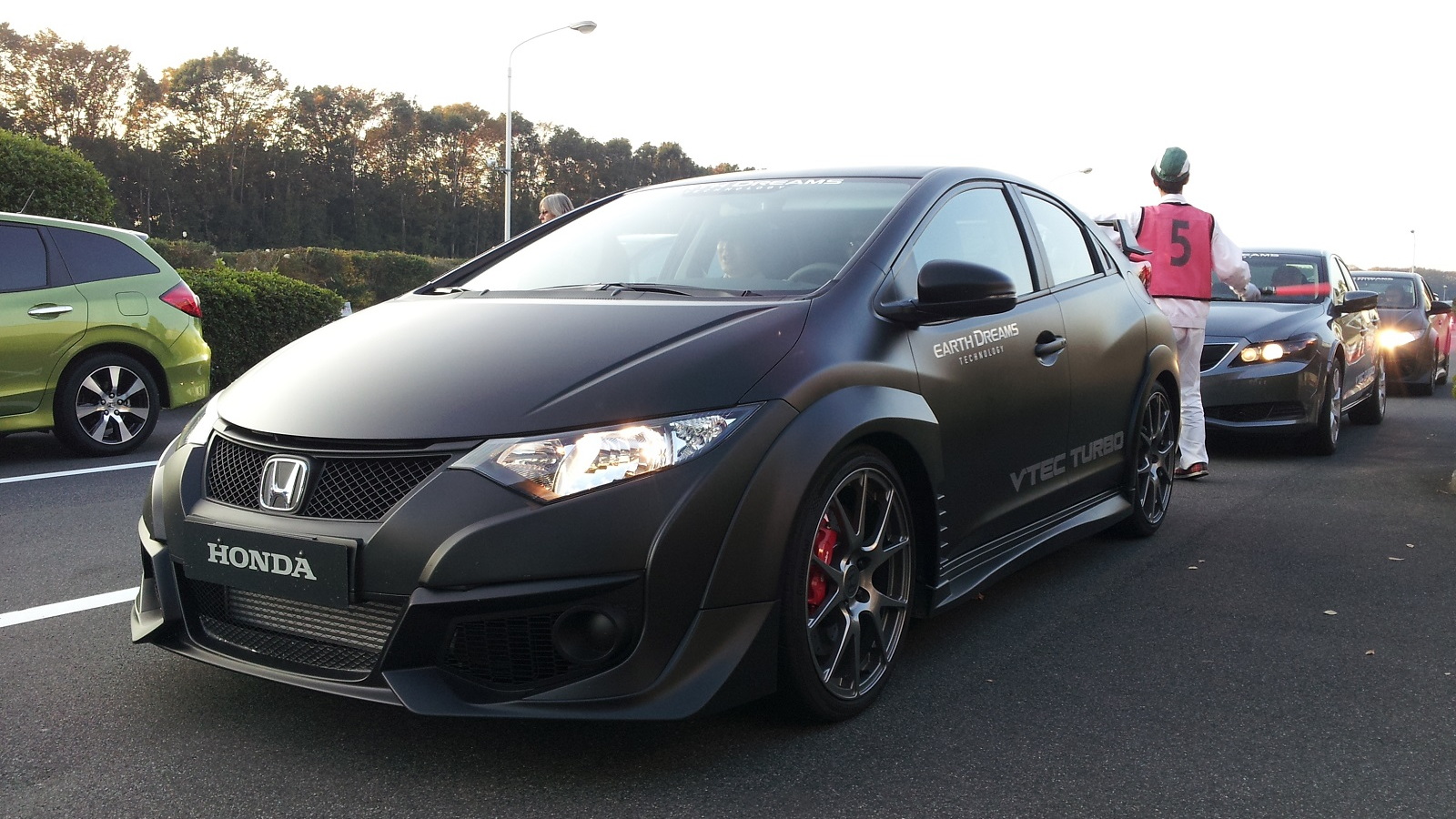 12
photos
We only had two laps on the high-speed oval at Honda's main R&D center in Japan.

We didn't get performance figures for the prototype Honda Civic Type R fitted with the company's new 2.0-liter direct-injected and turbocharged four-cylinder engine.

But they were two very memorable laps.

Painted menacing flat black, the Type R prototypes used the five-door hatchback body of the Honda Civic sold in Europe. The six-speed manual gearbox matched well with the steady surge of power from an engine that Honda says has a maximum output of more than 280 horsepower.

It also complies with European emission standards that go into effect next year. But emissions weren't the first thing that came to mind after strapping into the driver's seat.

It was possible to launch the prototype explosively out of the gate, with less turbo lag than in some other high-performance boosted engines. Honda stressed that high response, as well as high output, were key to the development of the engine. While maximum power obviously came in above 3,000 rpm, the response felt less skewed toward that level and above than, say, the current 2.4-liter engine in the U.S. Civic Si.

After accelerating up to speed around the first turn, the Type R crested a slight uphill at the end of the turn--and pegged the speed limiter at 200 km/h (124 mph) within 15 seconds. We should point out that the limit on this particular track was 200 km/h, and that we had no indication such a limiter would be fitted to all Type Rs in markets where they're not required.

We got one lap in Normal mode, to learn the track at this velocity, and then our ride-along Honda engineer pointed to a red button marked "Type R" in the dashboard to the left of the wheel. Pushing the button changed not only the acceleration mapping but also that of the car's suspension, giving it more of a race-car feel but also a harder ride in which every pavement imperfection could be felt through the seat.

And then it was over, with a long line of impatient drivers forming outside the matte-black door as soon as we pulled to a stop. The development engineers' quiet pride and eagerness for feedback seemed to say they were confident they could achieve their stated goal of making the new Civic Type R the fastest production front-wheel-drive car around the Nürburgring.

We can't tell if they'll be able to do that. But one short two-lap left us with a single impression: This is a car Honda has to build--and to sell in the U.S.