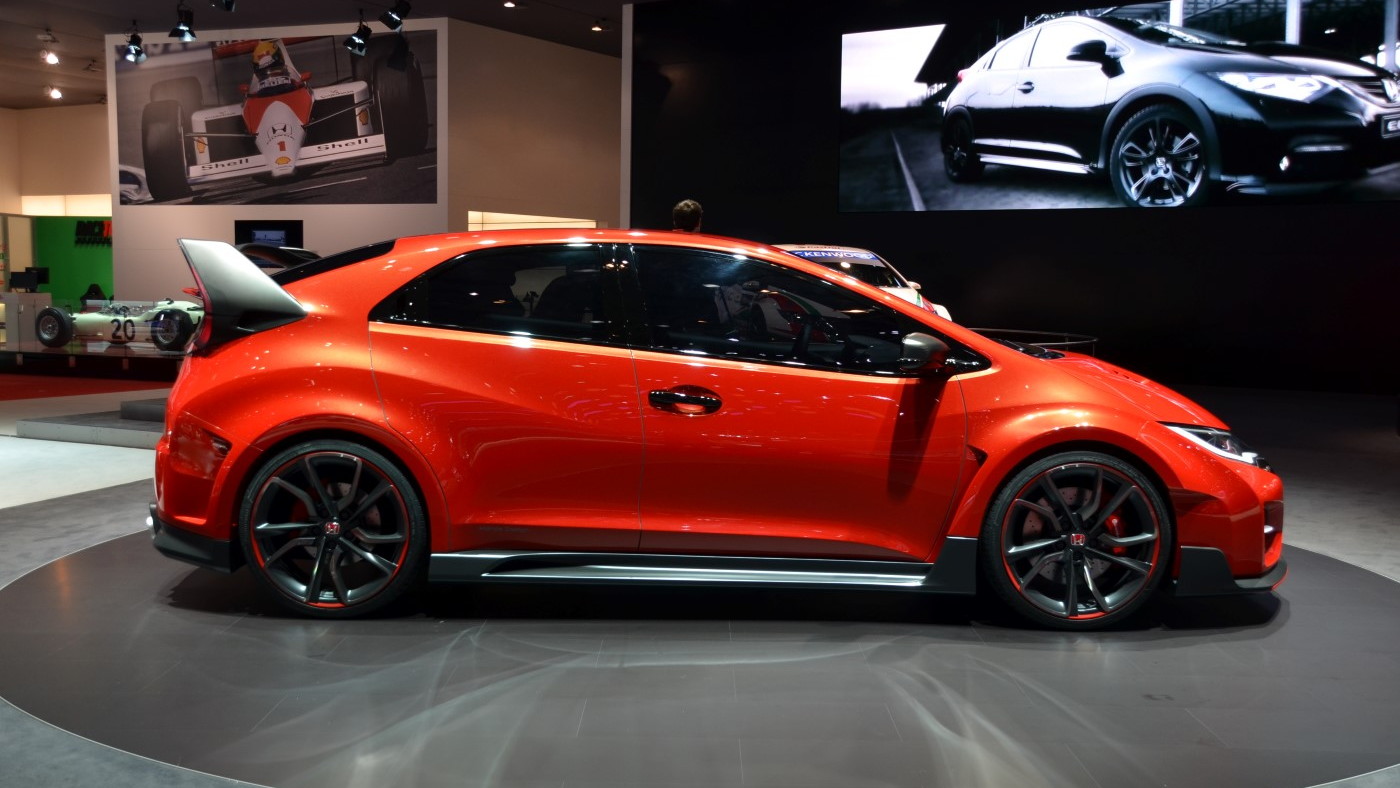 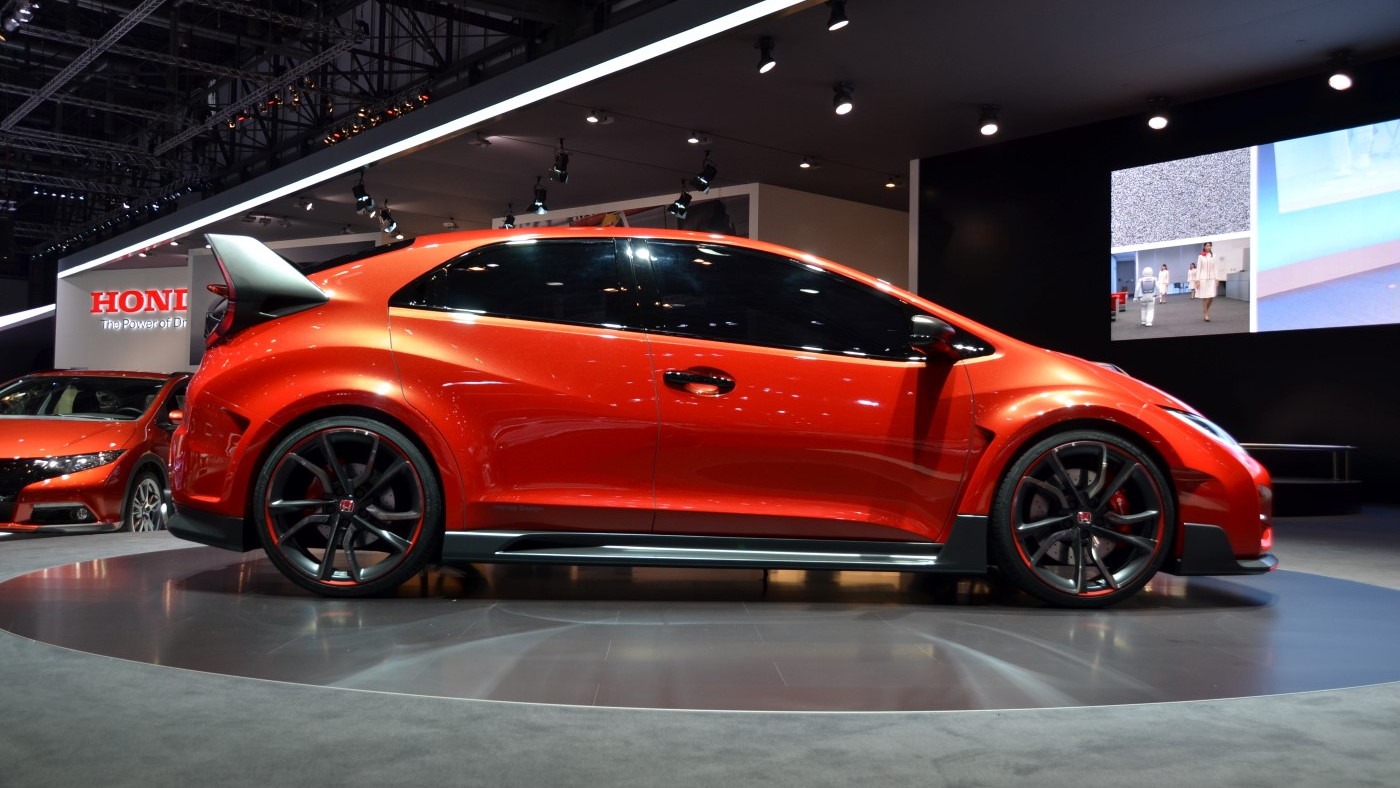 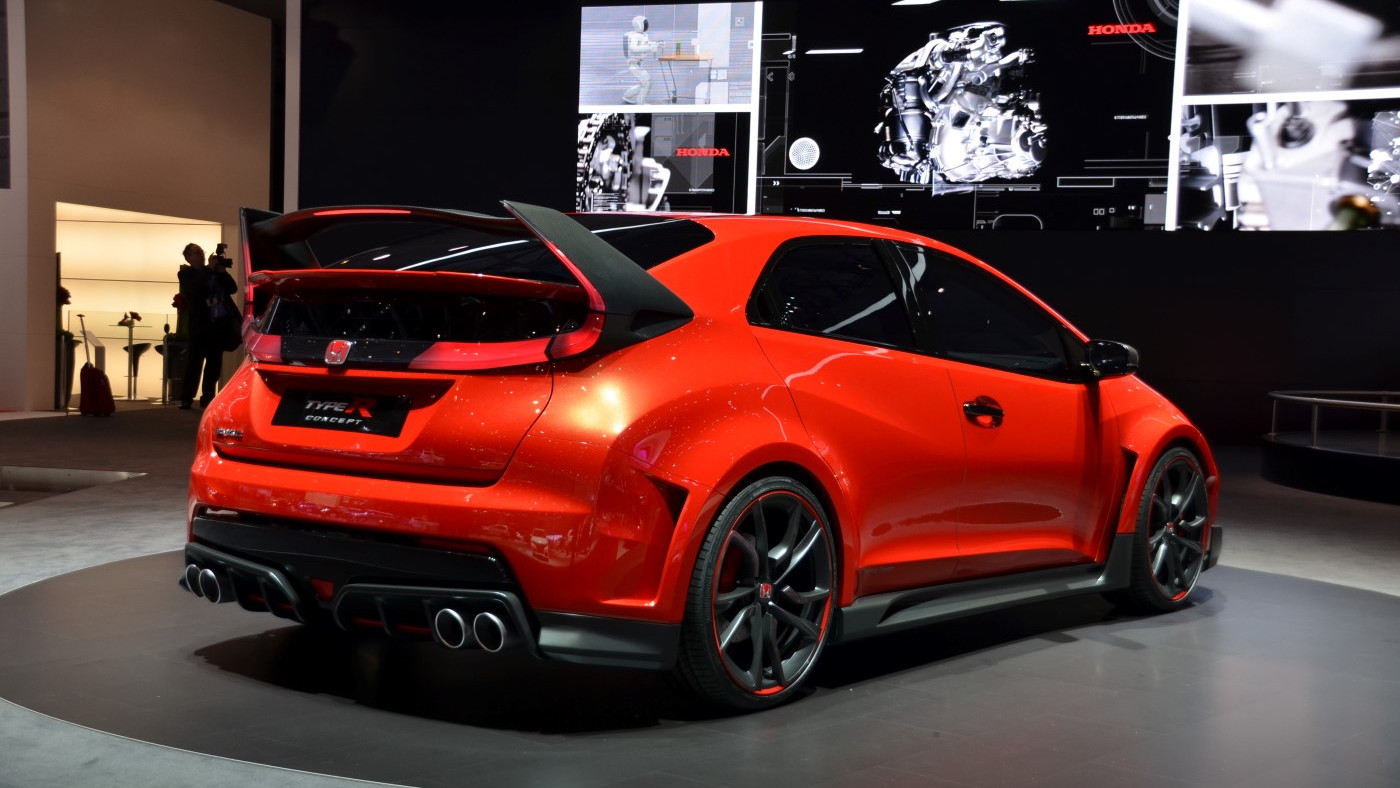 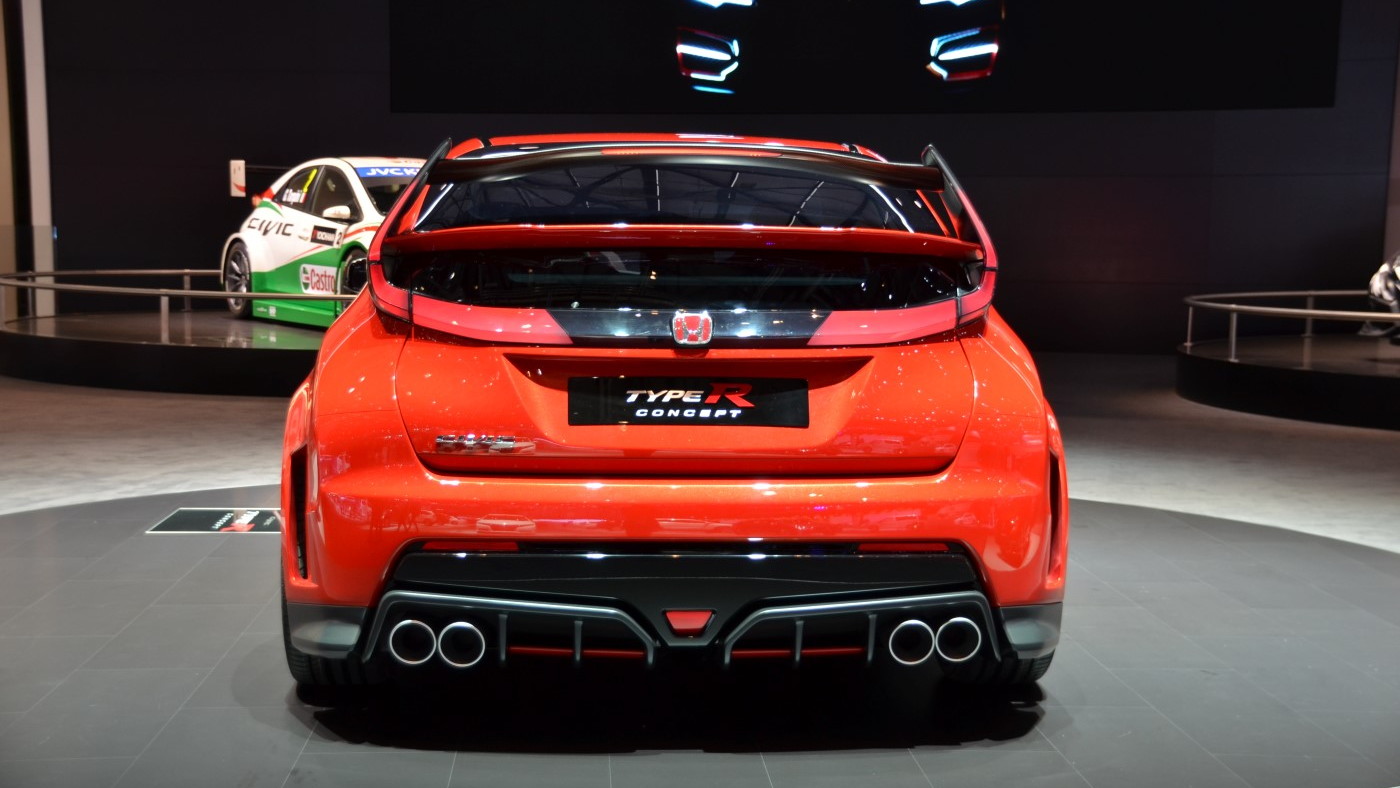 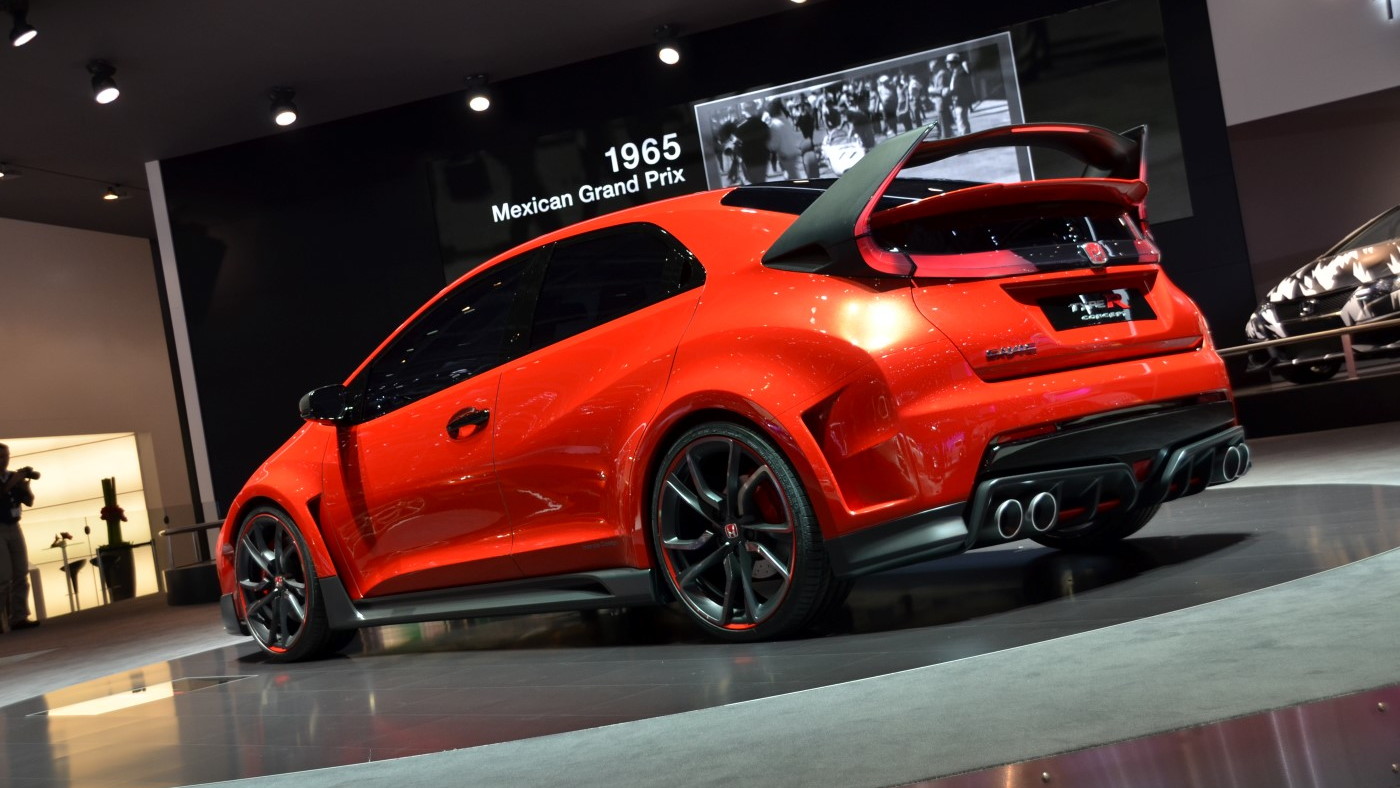 27
photos
Honda’s latest Civic Type R is nearing the end of its gestation, and at the 2014 Geneva Motor Show this week we got our first definitive look at the completed car in the form of a thinly veiled concept version. The aggressively-styled Civic Type R concept is said to point to the styling direction for the production version that will go on sale overseas in early 2015, and takes inspiration from Honda’s Civic race car that competes in the World Touring Car Championship.

Interestingly, the design shows some new elements not seen on the regular Civic or the prototype versions of the Civic Type R we’ve been spying for the past year. The design is heavily linked to performance, with many of the elements offering real performance benefits, as confirmed by testing at the Nürburgring race track in Germany.

The shape and angle of the stand-out rear spoiler, for example, has been designed to provide additional downforce. Additionally, the upper and lower front grilles have been enlarged and air outlets on the hood provide cooling for the engine. The front and rear fenders have been widened to accommodate 20-inch tires, and air outlets are integrated to optimize airflow.

We recently drove a prototype, complete with Honda’s new direct-injected and turbocharged 2.0-liter four-cylinder engine, and found it to be absolutely brilliant. The engine also comes with Honda’s VTEC variable valve timing and should deliver at least 280 horsepower in production form.

The engine will be paired with a six-speed manual transmission and spin the front wheels. It’s not clear at this point if an automatic will be offered.

Unfortunately, the latest Civic Type R, like its predecessor, won’t be offered in the U.S. as it is based on the Civic platform designed for the rest of the world. The good news is that we may see some of the car's hardware in the next-generation CR-Z.

Below is a video featuring the Civic Type R concept’s designer. And for more from the 2014 Geneva Motor Show, click here.