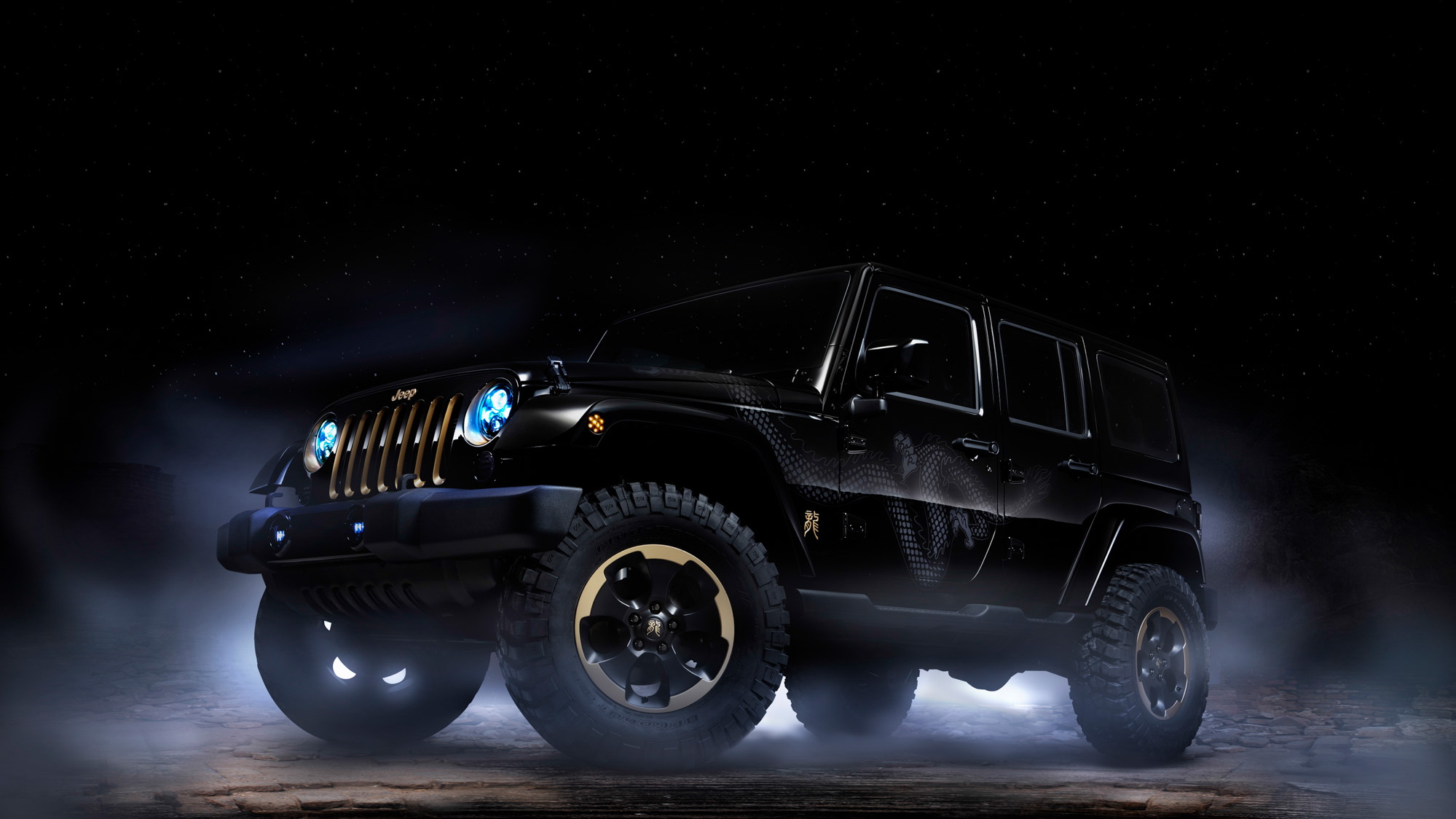 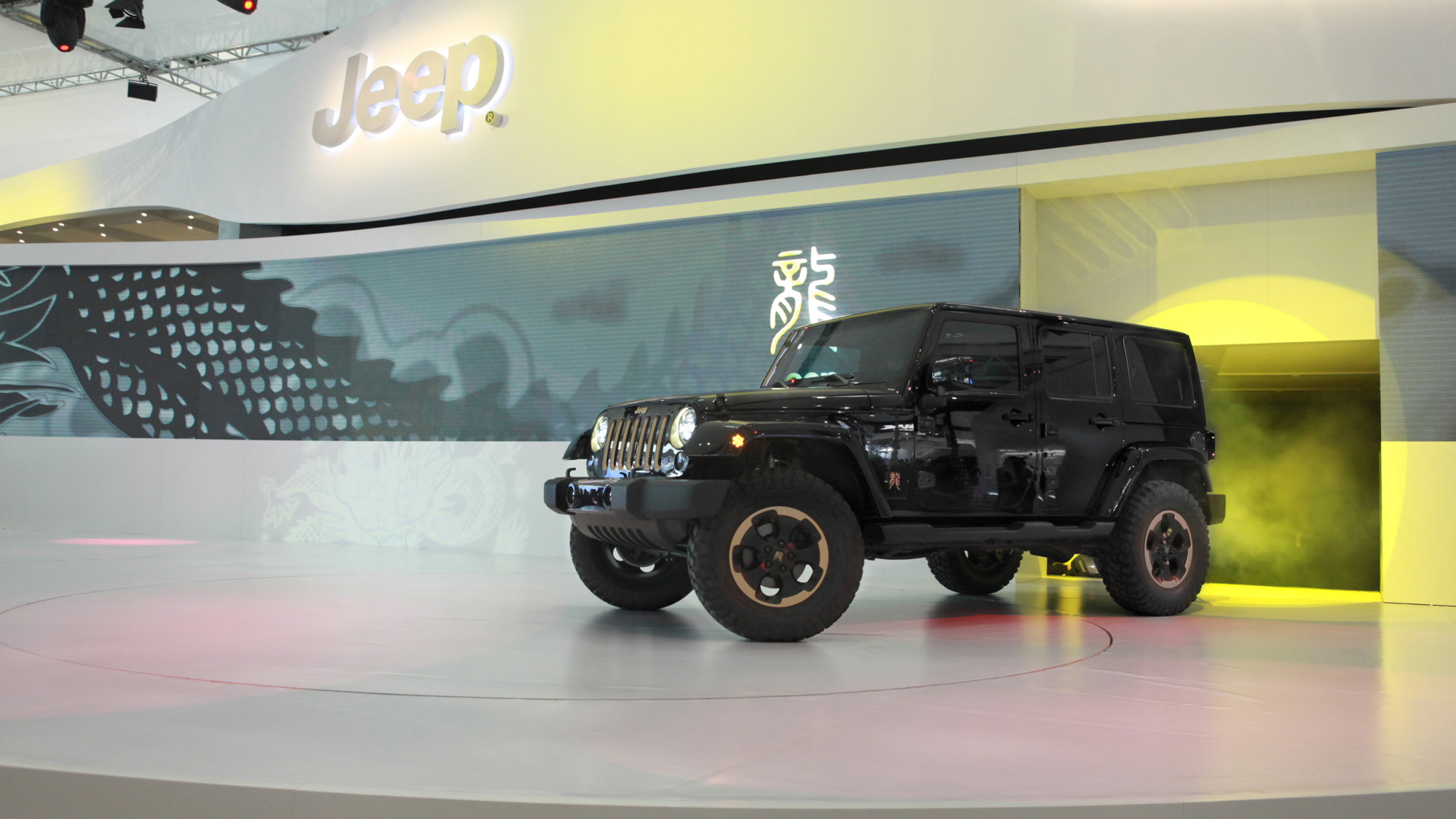 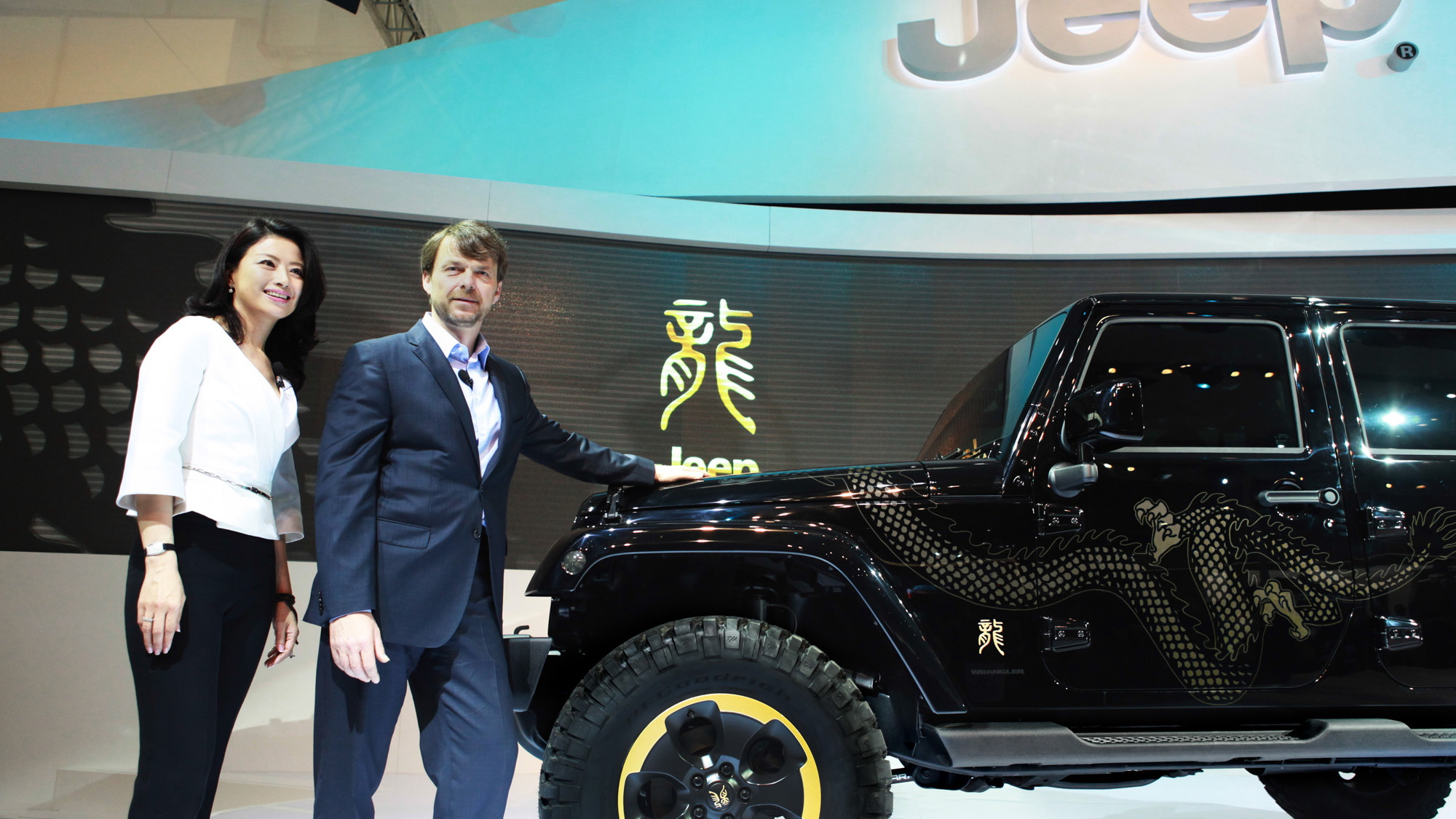 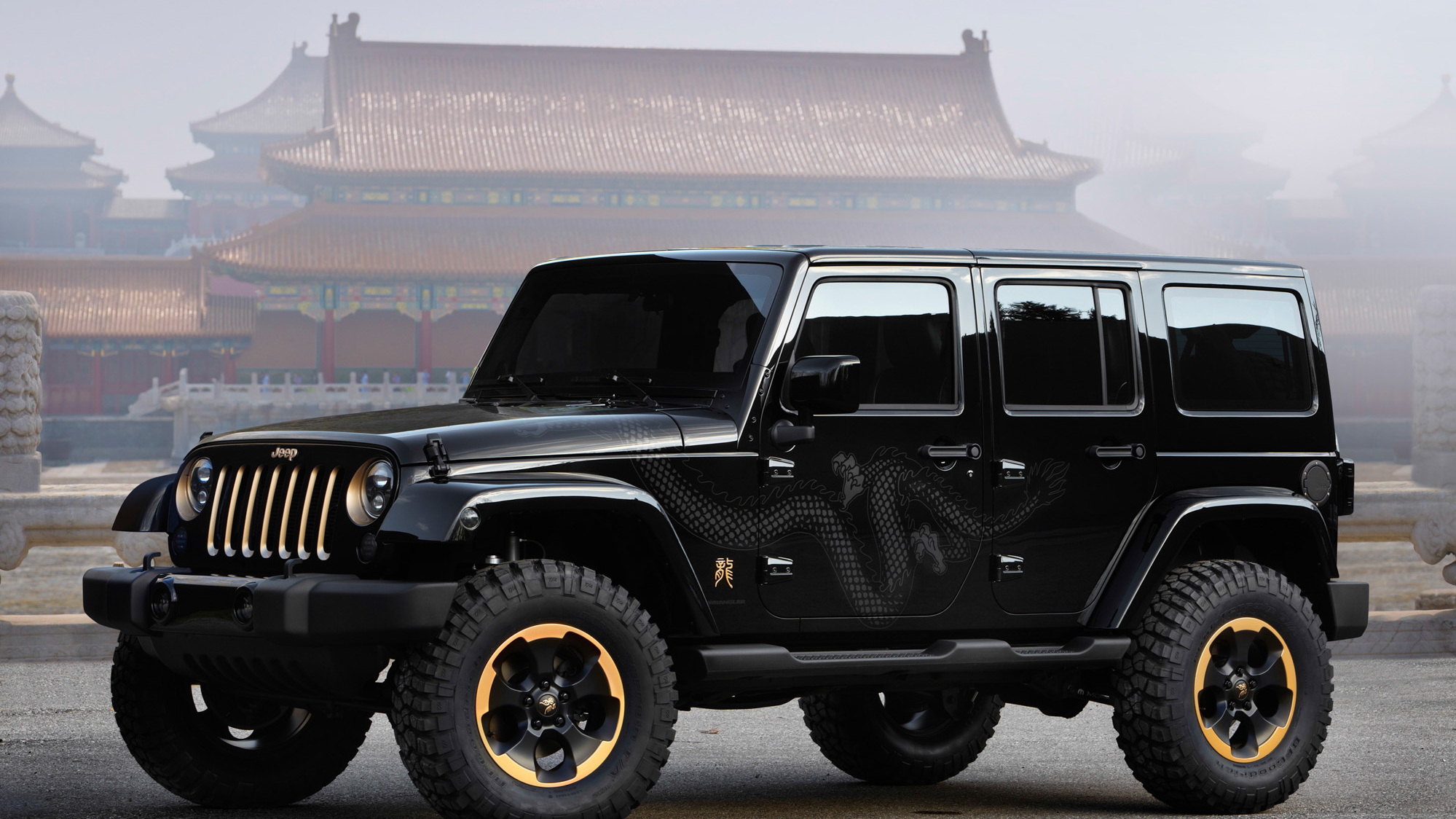 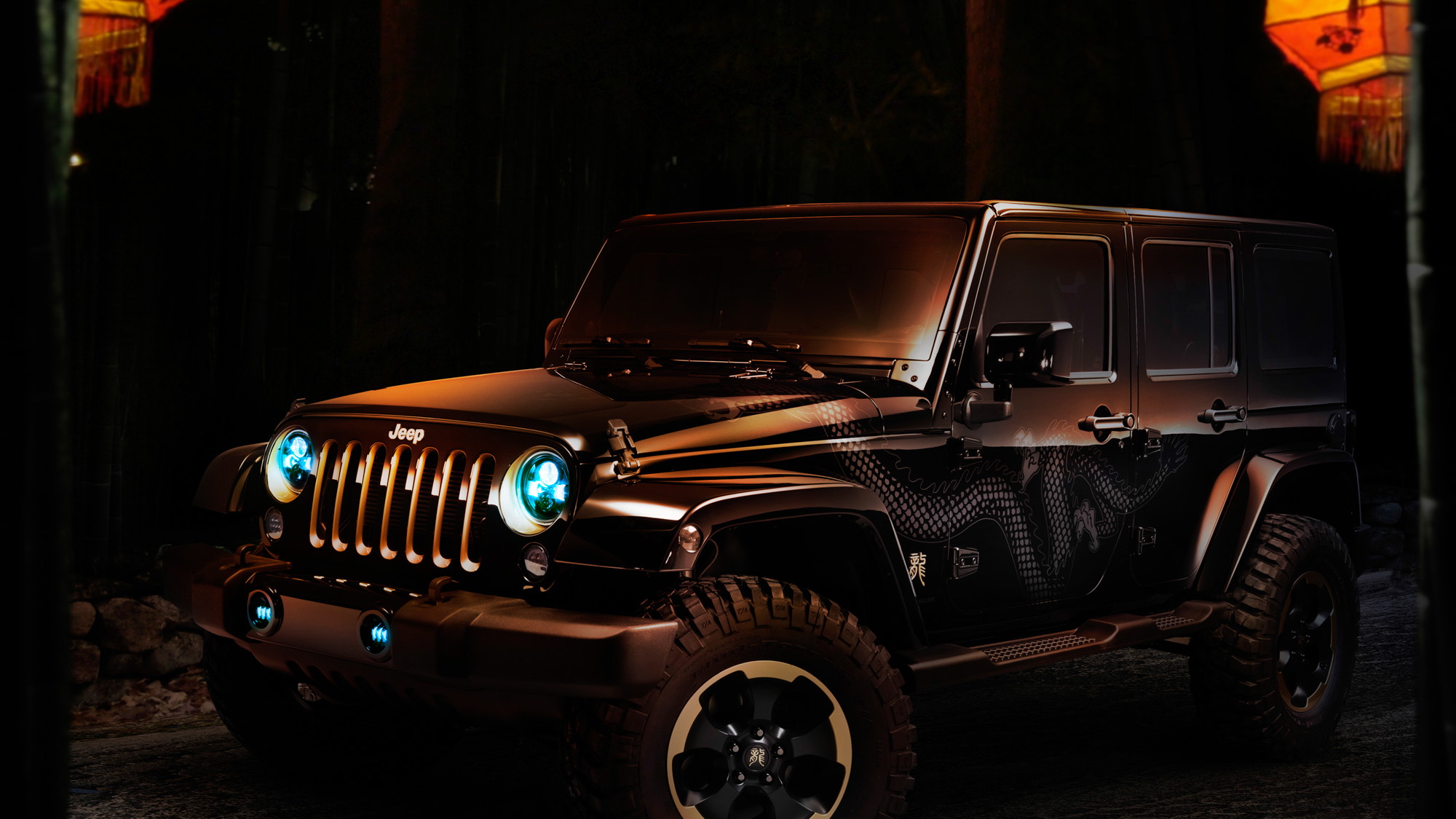 17
photos
Jeep is eager to appeal to the burgeoning Chinese automotive market. It's growing at an incredible pace, and the folks are eager for all sorts of cars. Back in 2012, the automaker went to the Beijing Auto Show and revealed a concept Wrangler dubbed the Dragon Edition.

Now that concept is becoming a reality--and it's set to land here in North America to boot. Starting this fall, the 2014 Jeep Wrangler Dragon Edition will hit dealer showrooms, with a starting price of $36,095.

The Dragon Edition wears a handsome all-black paint scheme that features bits of bronze satin effects throughout. Additionally, there is a large charcoal-colored dragon that starts on the hood and runs down around past the driver's side door. There's also a dragon on the rear tire cover.

A set of 18-inch wheels wear a dark satin finish touched off with more bronze accents.

Inside, the Dragon Edition boasts more of the same color palette found on the outside. Heated front seats are covered in dark Nappa leather, and there are dragon logos on the headrests. The floor mats use the bronze color found as an accent throughout the vehicle.

It all makes for a unique looking Jeep Wrangler. Still, it's a fairly steep price to pay for something that should prove to be a rather polarizing machine.

We imagine it will find fans among those who love Jeeps--because they're passionate, and because this is a limited edition of one of their favorite vehicles on the entire planet.