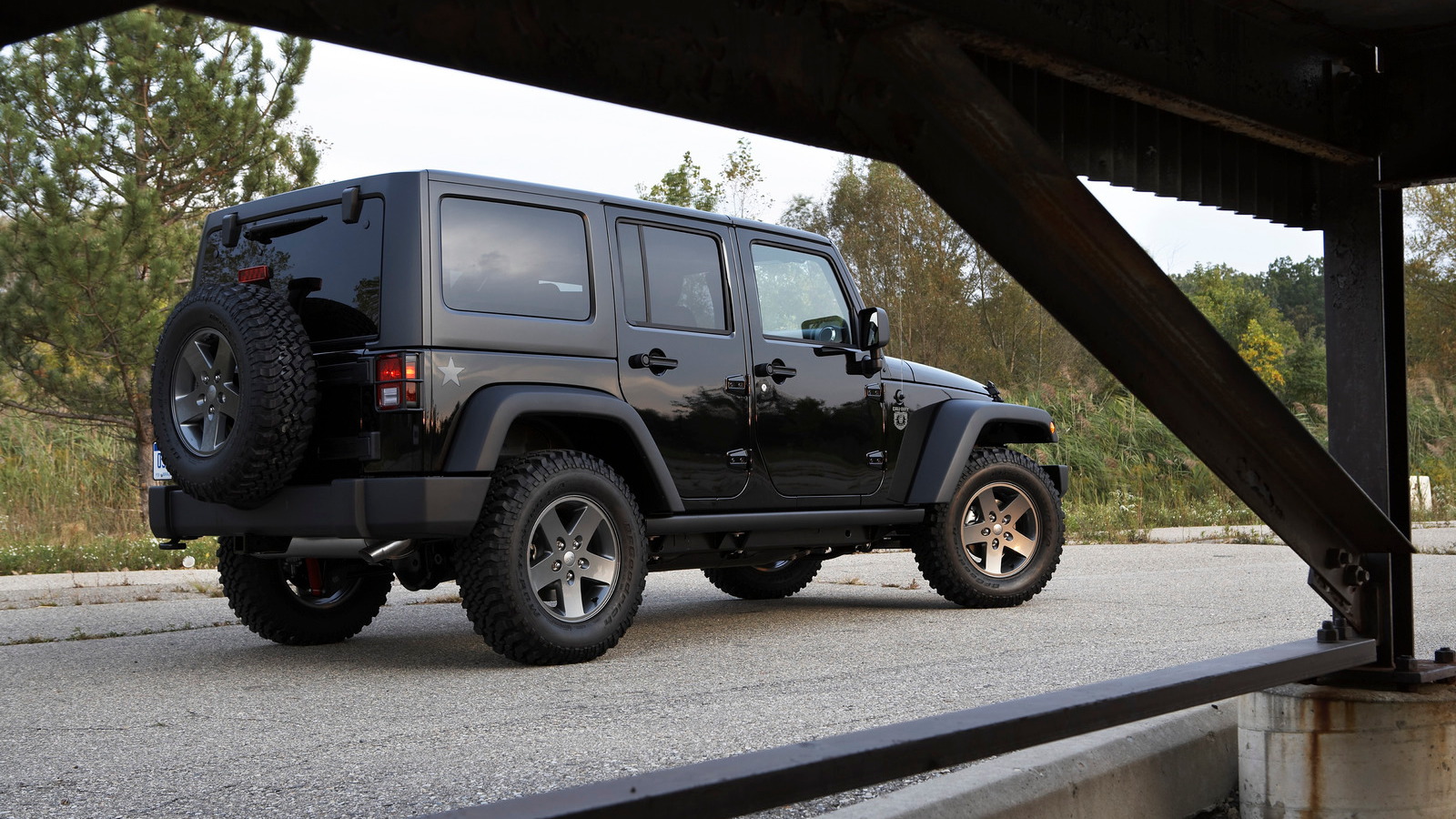 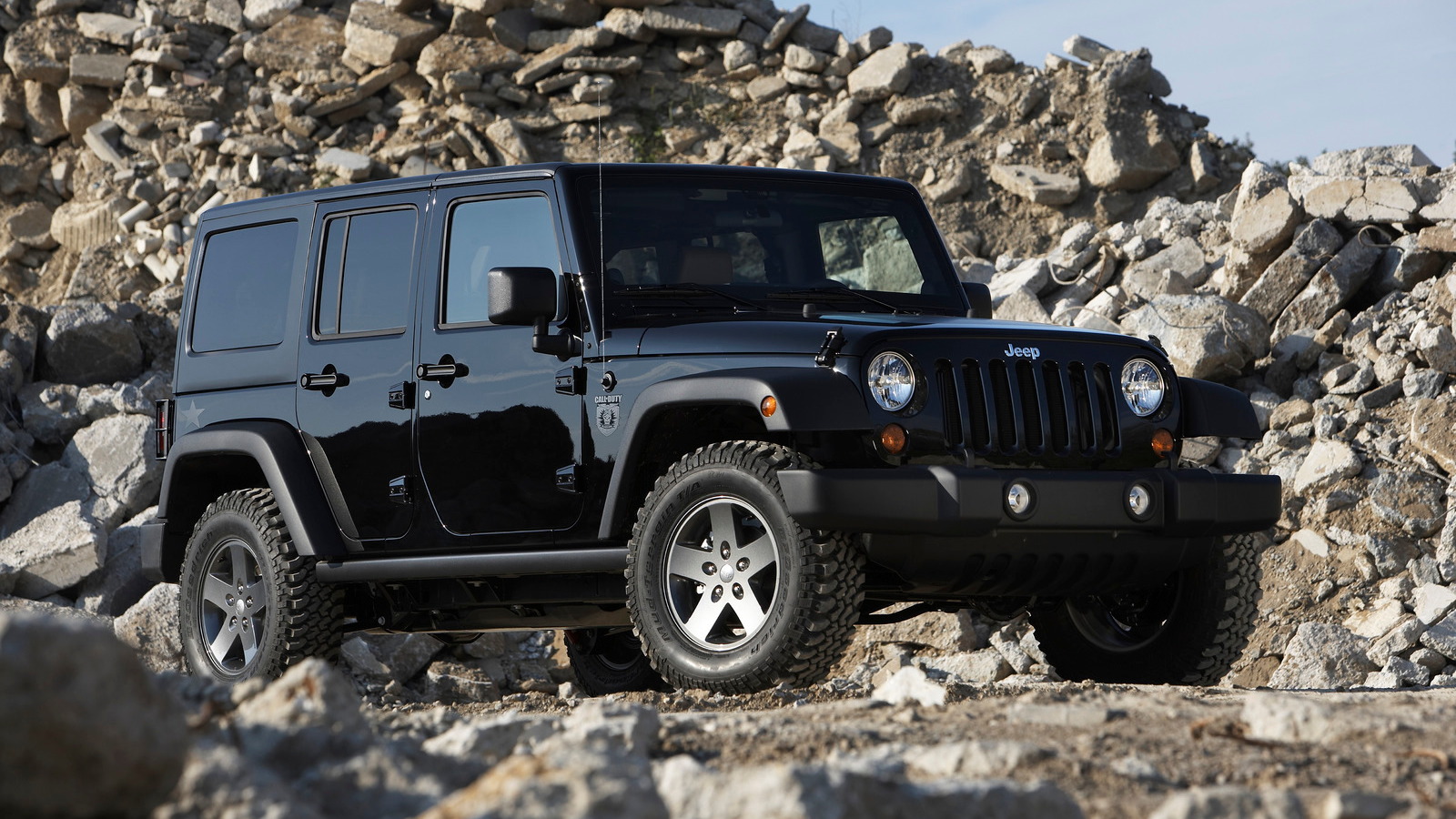 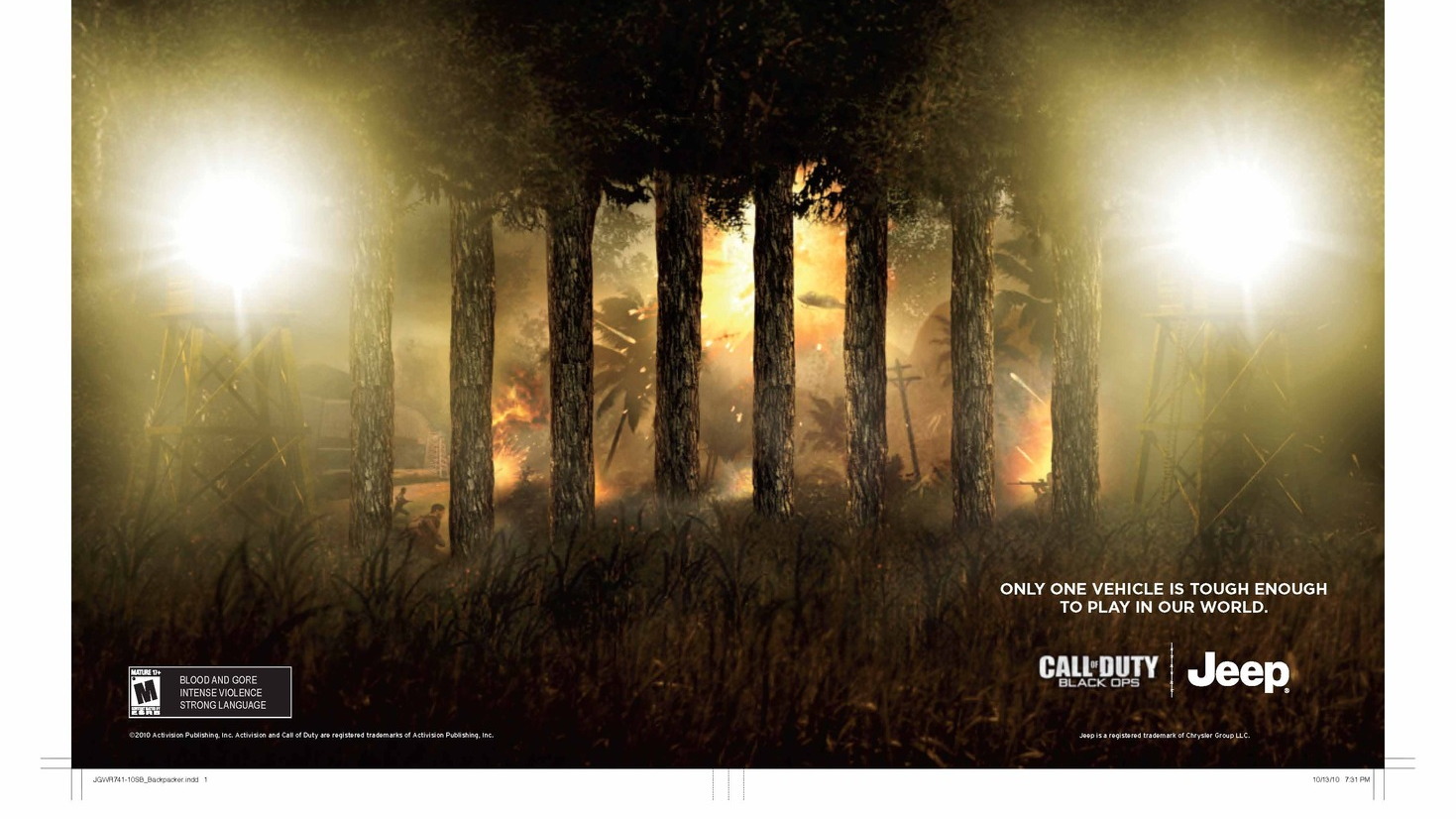 The Jeep name is deeply tied to the go-anywhere, barebones machines of World War II. Though the vehicles themselves have come a long way since then, the association with war--or at least war games--continues with the 2011 Jeep Wrangler Call of Duty: Black Ops edition. Announced today, the vehicle gets a "military-style" visual treatment and a handful of other upgrades.

Thirty-two inch tires, a unique Call of Duty graphics package that adds a military flair, taillamp guards, a Mopar fuel-filler door, and dark Rubicon wheels build on the base Wranger Rubicon package. The overall look is meant to emulate the look of the virtual Jeep vehicles in the Call of Duty: Black Ops game.

“It was important for us to make sure that the Jeep partnership would be authentic and enhance the setting we immerse our fans in with Black Ops,” said Mark Lamia, Studio Head of game developer Treyarch. “Our work with the Jeep team focused around using the Jeep Wrangler in our levels, and gameplay experiences, and translating the style and look of the vehicle in Black Ops to the Jeep on the showroom floor that our fans can own.”

Built in partnership with Activision, the company behind the blockbuster Call of Duty video game series, the COD: Black Ops Edition Wrangler will hit showrooms soon at $30,625 for the two-door and $33,500 for the four-door.