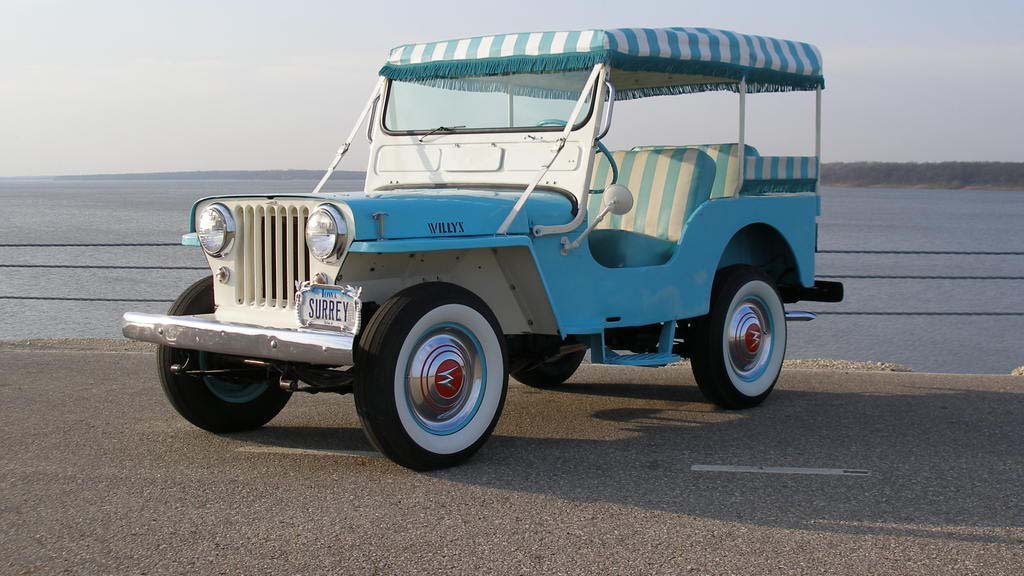 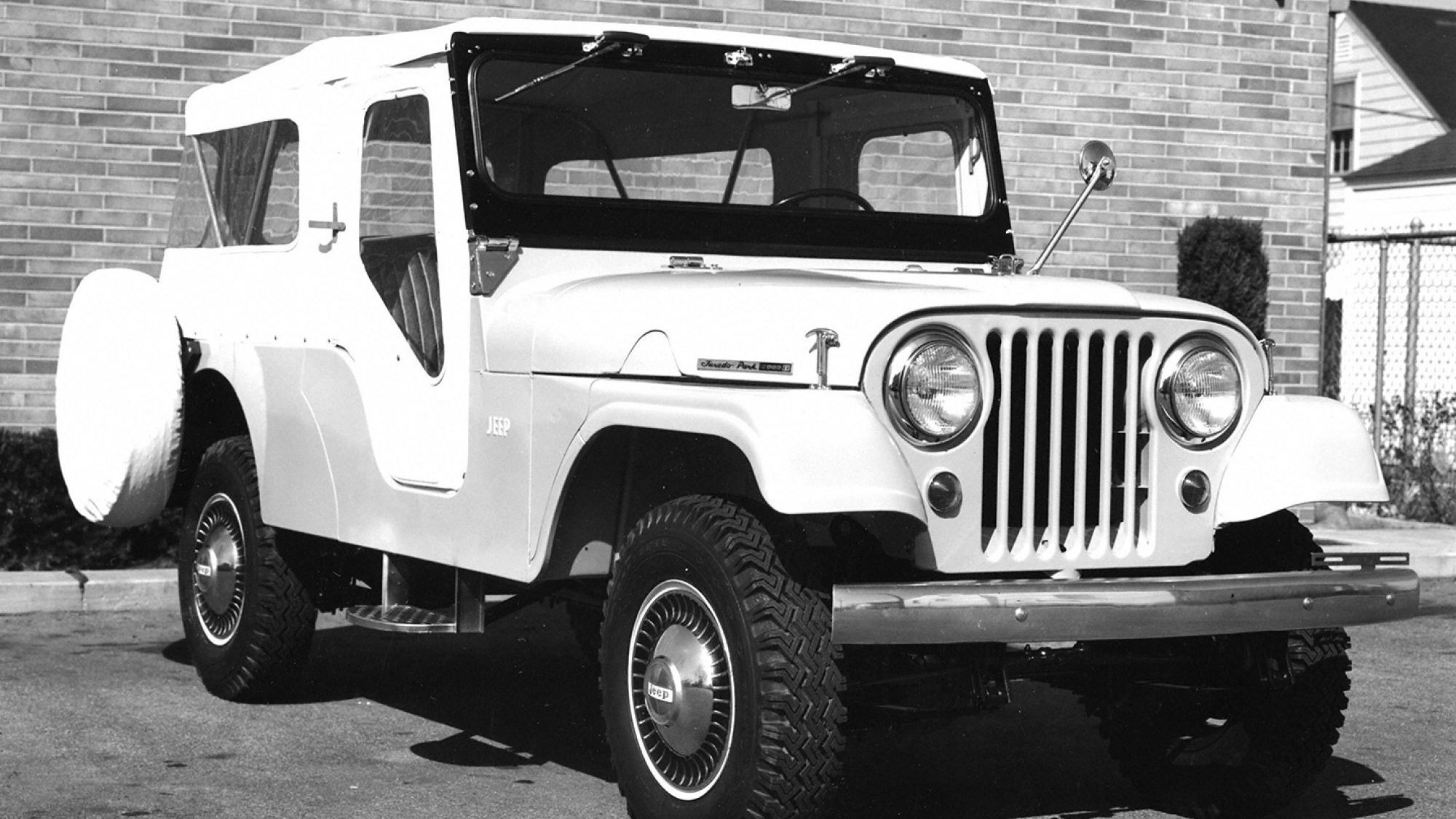 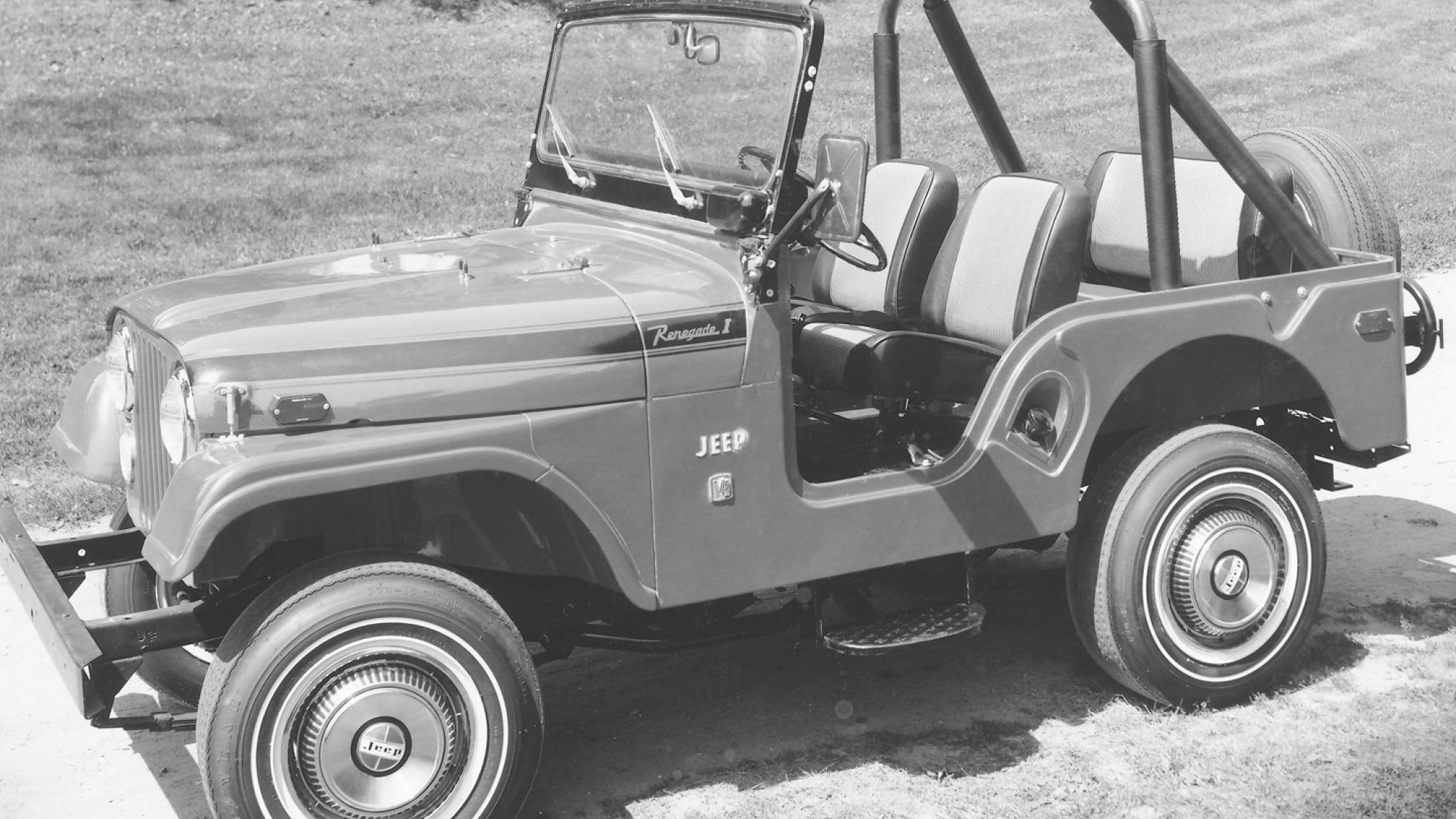 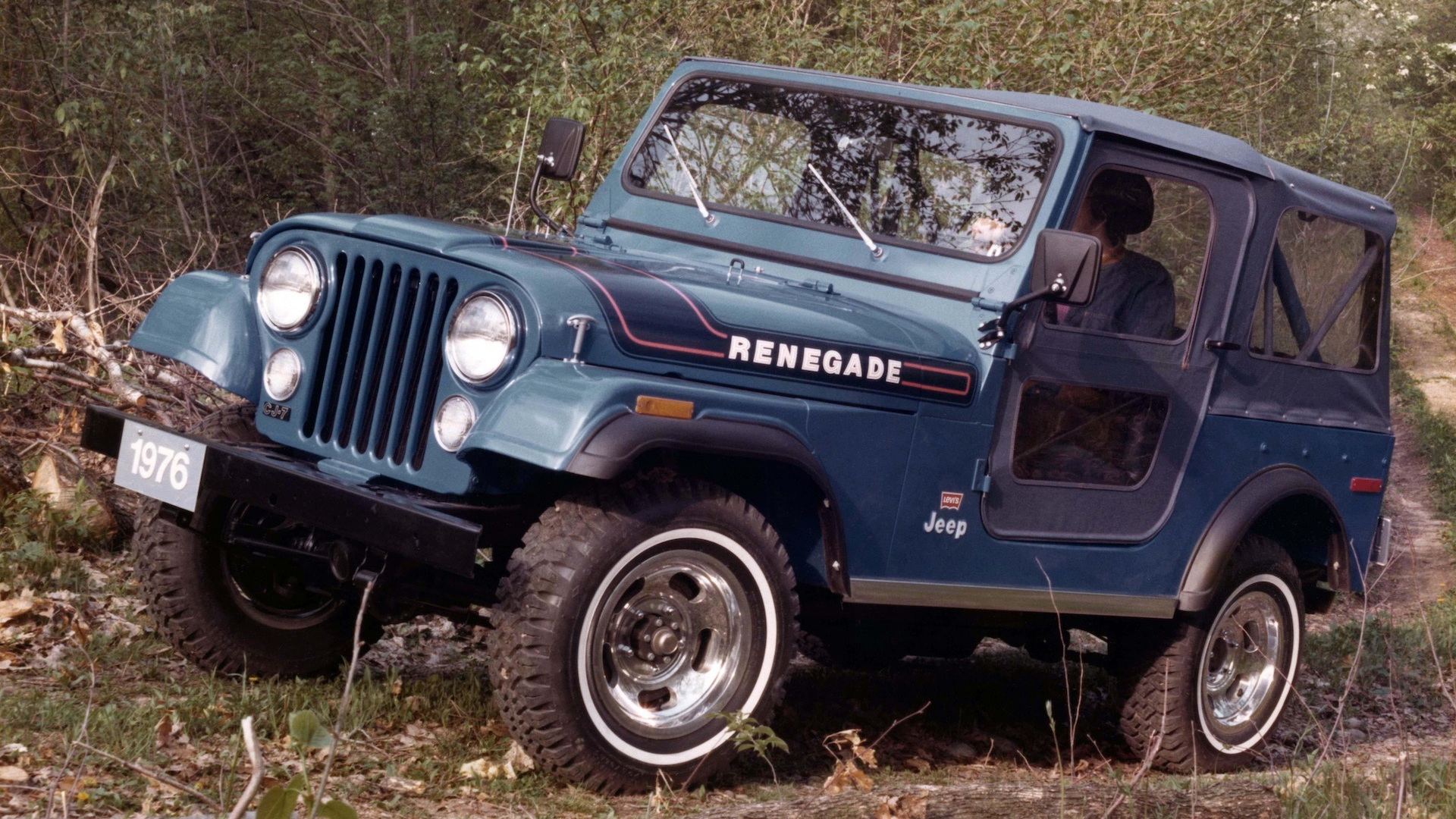 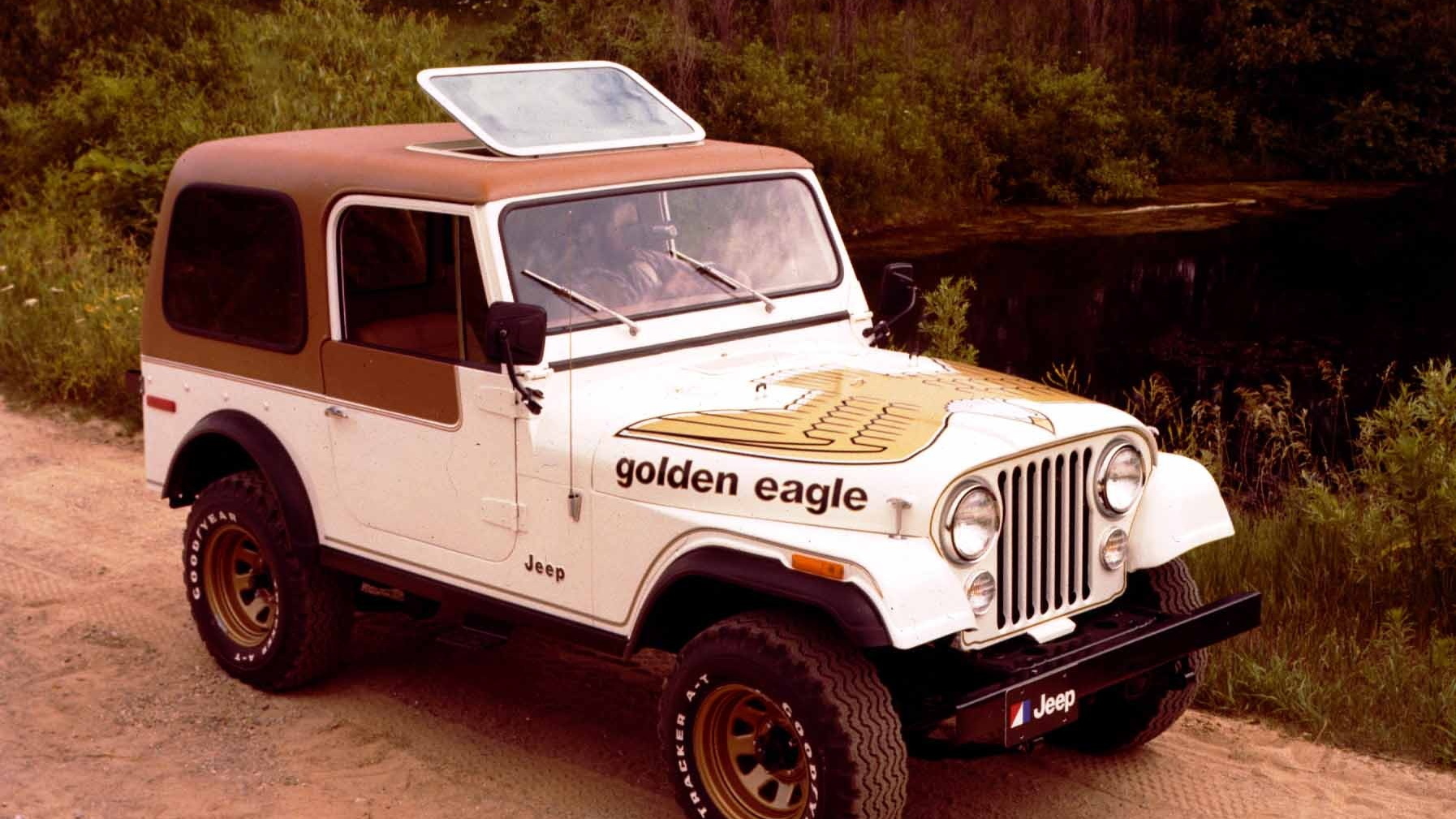 Go to any Jeep Jamboree, and you’ll see hundreds of modified Wranglers and CJ’s. Jeep owners revel in outfitting their Jeeps for even more extreme off-road duty or simply changing the aesthetics to make them their own. It’s a natural extension of the car guy experience, and it’s a phenomenon a savvy brand can tap into with timely and tasteful special editions.

However, Jeep didn’t start dreaming up its own special editions until it had sold civilian Jeeps for 15 years, and even then they were few and far between. That all changed in the 1970s, when Jeep, then owned by AMC, saw that owners could make a statement with their Jeeps in the form of graphics packages accompanied by some performance and convenience upgrades. Today, the special editions come hot and heavy, so fast that it’s hard to keep up. Thus is the constant march of marketing.

To help us compile our list of the best special-edition Jeeps, we consulted with Brandt Rosenbusch, manager of historical services at FCA North America. Our research and his knowledge helped us settle on the following special-edition Wranglers and CJs, as well as one DJ for good measure.

The Gala was the first time Jeep had fun with the civilian Jeep. It marked an effort to market the Jeep as a work vehicle of a different stripe. Meant for use at tropical resorts in Florida and the Caribbean, Jeep offered the Gala as the rear-drive DJ-3A (think postal Jeep) instead of the four-wheel-drive CJ-3A or CJ-5, which were also available at the time. It was available in bright colors that included Tropical Rose, Coral Mist, and Jade Tine, all offset by Glacier White stripes. With the Gala, Jeep literally created the surrey with the fringe on top, as the striped cloth top was exactly that. In fact, Jeep changed the name to Surrey for 1960 and added Cerulean Blue and Fountain Green to the color palette. Jeep sold the Surrey through 1964.

Flashy chrome and tailfins dominated the late 1950s and early 1960s. Jeep couldn’t do anything about tailfins, but it could join the chrome revolution. Jeep gave both the CJ-5 and CJ-6 a modern look with the Tuxedo Park option. It added chrome to bumpers, hood, taillights, and gas cap, and it came with a column shifter. It marked another step forward away from the Jeep’s work vehicle roots and helped make it more of a road vehicle. The Tuxedo Park “really pushed the idea of fun, sporty vehicle, and that idea that evolved into the Jeepster Commandos later,” said Brandt Rosenbusch. Jeep offered the Tuxedo Park Mk. II in 1962, and the Mk III in 1963 and ’64, and the Mark IV in 1965, the option’s last year.

The Renegade is a separate model now, but it debuted as an option package in 1970. The first Renegade package consisted of hood stripes with the Renegade script, plus upgraded G70x15 tires on wide 8-inch wheels, a roll bar, a heavy-duty frame and springs, and front bucket seats with a rear bench. It was only offered in Mint Green or Wild Plum. First-year production estimates range from 250 to 500. In 1971, Jeep offered the Renegade 2 package, which switched to a large black center stripe on the hood and features slotted alloy wheels. It was initially offered it as a run of 150 in Big Bad Orange, but that was expanded to include 200 of each in Mint Green and Baja Yellow, plus another 50 or 200 in Riverside Orange. It became simply the Renegade package the following year, and held on as a staple of the lineup for years to come.

The Pontiac Firebird had its screaming chicken and the CJ-7 had the Golden Eagle. In 1977, Jeep offered the Golden Eagle package with the 304-cubic-inch V-8 and a big, gaudy golden eagle decal on the hood with “golden eagle” callouts below it. It was initially only offered in Oakleaf Brown, but it became available with more colors the next year when it retailed for $999. The package also included body stripes, wheel lip extensions, off-road driving lights on the roll bar, a chromed or anodized black front bumper, a rear step bumper, a swing-away rear tire carrier, a tan Levi’s soft top, and 8-inch spoked steel wheels (often in gold) that mounted white-letter all-terrain tires. Inside, it came with a sport a sport steering wheel, an engine-turned instrument panel with a tach and clock, and front bucket seats and rear bench seats covered in tan Levi’s vinyl. Jeep offered the Golden Eagle package until 1983. “It’s a really a product of the late-’70s,” Rosenbusch said, noting it was for people who “didn’t mind having a large bird on their hood.”

The AMC Gremlin, Hornet, and Pacer weren’t the only American vehicles with an available Levi’s package. Jeep also offered it for the CJ-5, CJ-7, and Cherokee starting in 1975. Of course, Jeep was owned by AMC at the time, so the tie-in was natural. For the CJs, the package included jean-style vinyl padding on the dash and sun visors, padded roof material similar to denim jeans, replica Levi’s stitching on the seats, and vinyl seat material that looked like Levi’s denim. A Levi’s badge sat above the Jeep lettering on the cowl. Buyers had a choice of tan or blue materials for the interior and top. “The Levi’s Package was a brilliant marketing campaign. Levi’s jeans were known the world over,” Rosenbusch said, pointing out that it tied together two very American brands. Jeep offered the package all the way until 1986.

Jeep tried a long wheelbase model way back in 19 with the CJ-6, but it never really caught on. The second time was the charm in 2004. A midyear addition to the lineup, the Unlimited stretched the vehicle 13 inches, adding needed passenger and cargo pace. More importantly, it expanded sales and laid the groundwork for the first four-door civilian Jeep in 2007, which expanded sales further. “The Unlimited really started to show the versatility of the vehicle,” Rosenbusch said, referring to the first two-doors. “Then it really changed everything by stretching it to the four-door in 2007. It really increased sales and boosted the brand’s image.”

The Wrangler was always meant as an off-roader, but the Rubicon took it its prowess to the next level. The Rubicon first hit the market in 2003 and added lockable front and rear differentials, four-wheel disc brakes, an off-road suspension, and knobbier tires, but it really came into its own with the introduction of the JK model in 2007. That’s when it added a cool disconnecting sway bar that aided wheel travel. It also benefited from heavy duty front and rear Dana 44 axles with a 4.10 rear gear, rock rails, and Jeep’s Rock-Trac four-wheel-drive system. Rock-Trac featured a shift-on-the-fly transfer case with a snail’s pace 4:1 gear reduction, though it wasn’t meant to be driven on dry pavement. Jeep offered the Rubicon for both the standard Wrangler and the Unlimited, which become a four-door for 2007.

Jeep channeled its history with the Willys Wheeler package for the JK. The truck’s Willys name honored the company that designed and built the first military jeeps. In terms of capability, it split the difference between standard Wranglers and the Rubicon with its knobby tires, rock rails, and limited-slip differential. It was also much less costly than an equivalent Rubicon; a nice Wrangler Willys Wheeler cost about $33,000, which was about where a base Rubicon began. Jeep built the Willys Wheeler through 2017. It’s not a collectible yet, but if we were to bet on any JK, the Willys Wheeler would be it.

Jeep returned to the pickup truck market with its long-awaited Gladiator. The truck hit the road in mid-2019 riding on a lengthened Wrangler platform with beefed-up axles and a pickup bed behind its open-top crew-cab body. The automaker offered a single-day pre-order program for the first 4,190 examples (a contrived reference to the 419 area code in Toledo where the trucks are built). For $62,310, early adopters got a fully loaded Gladiator Rubicon with some special badges and a lot of bragging rights.

—Andrew Ganz contributed to this story