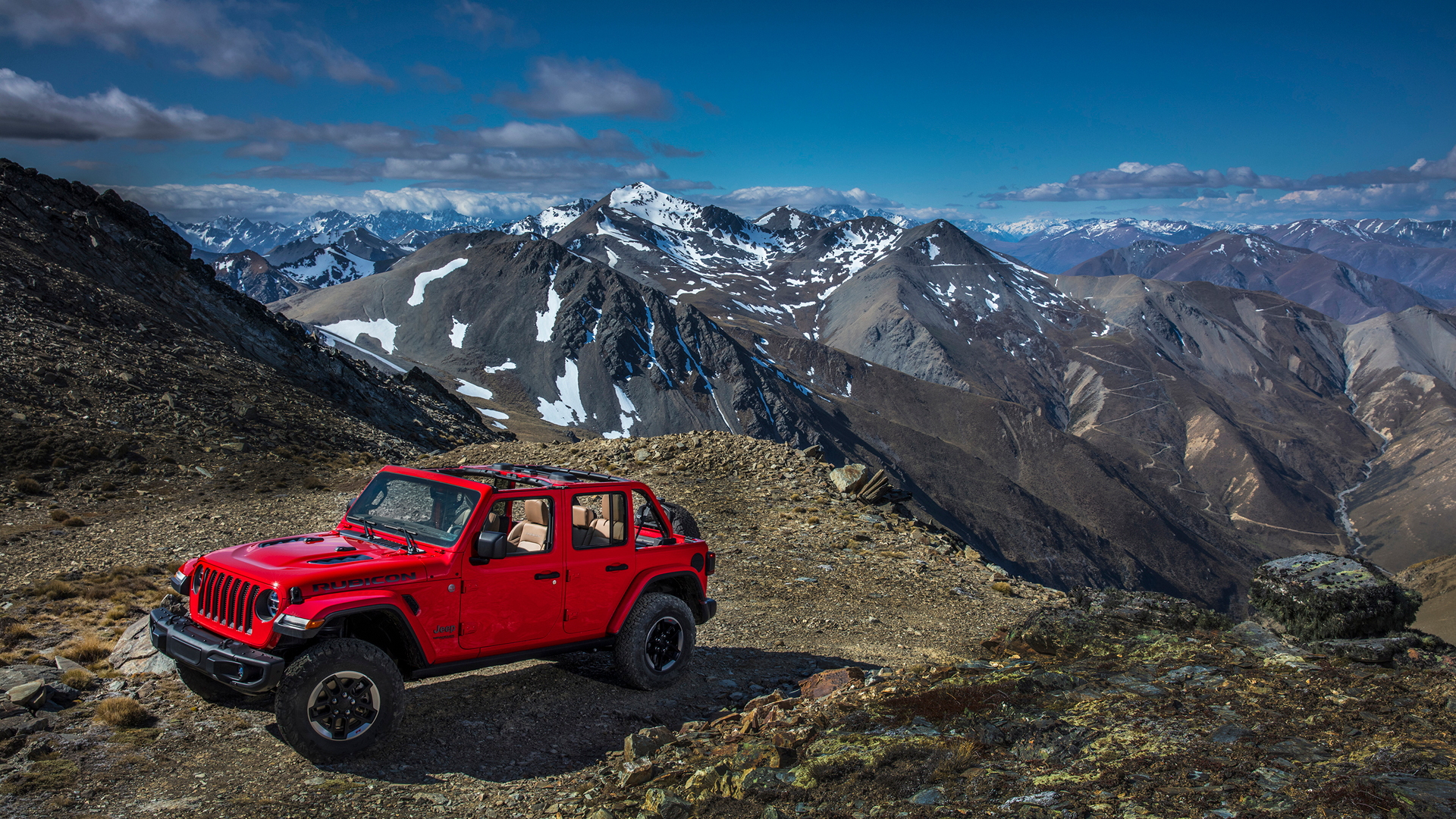 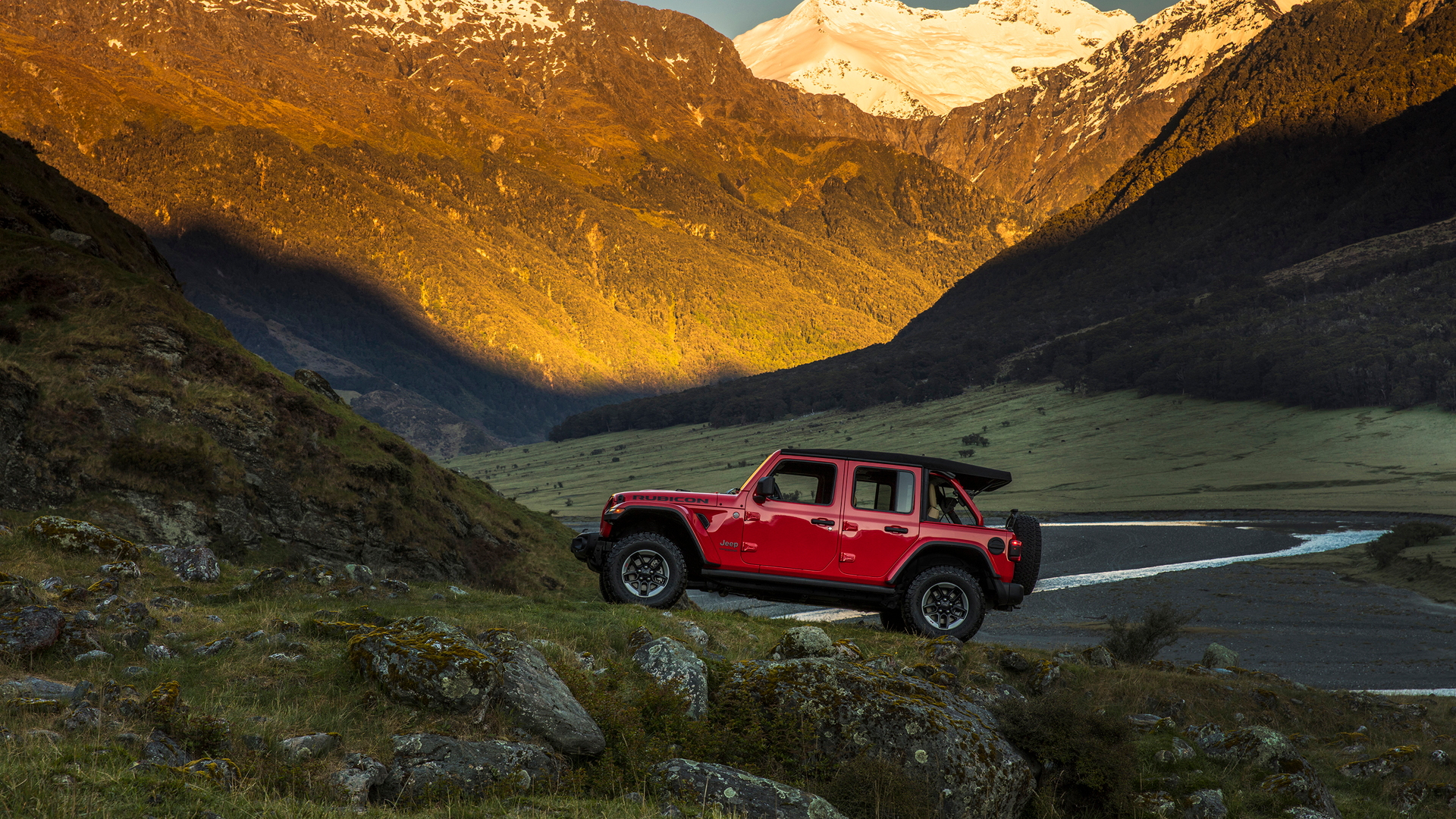 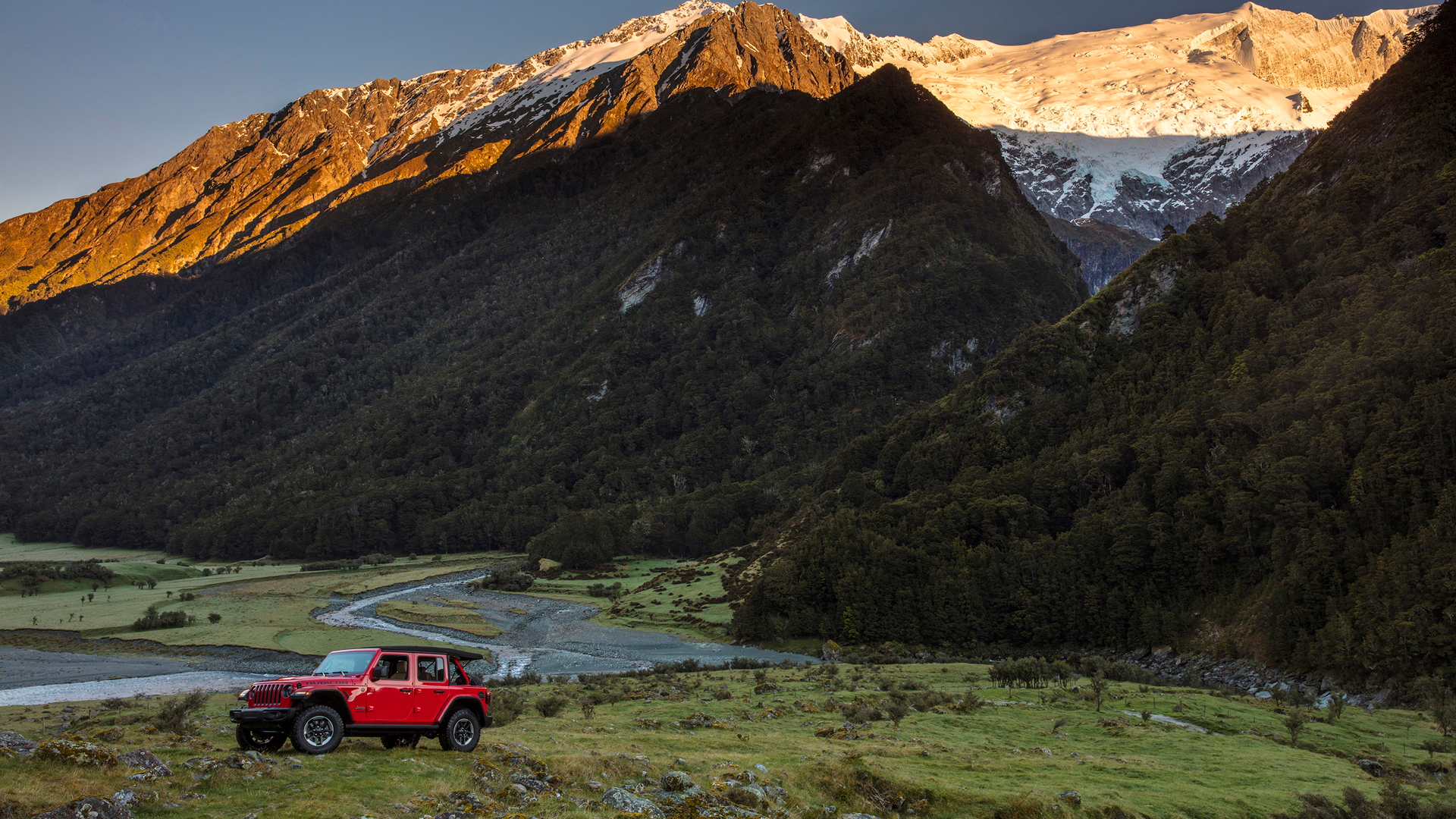 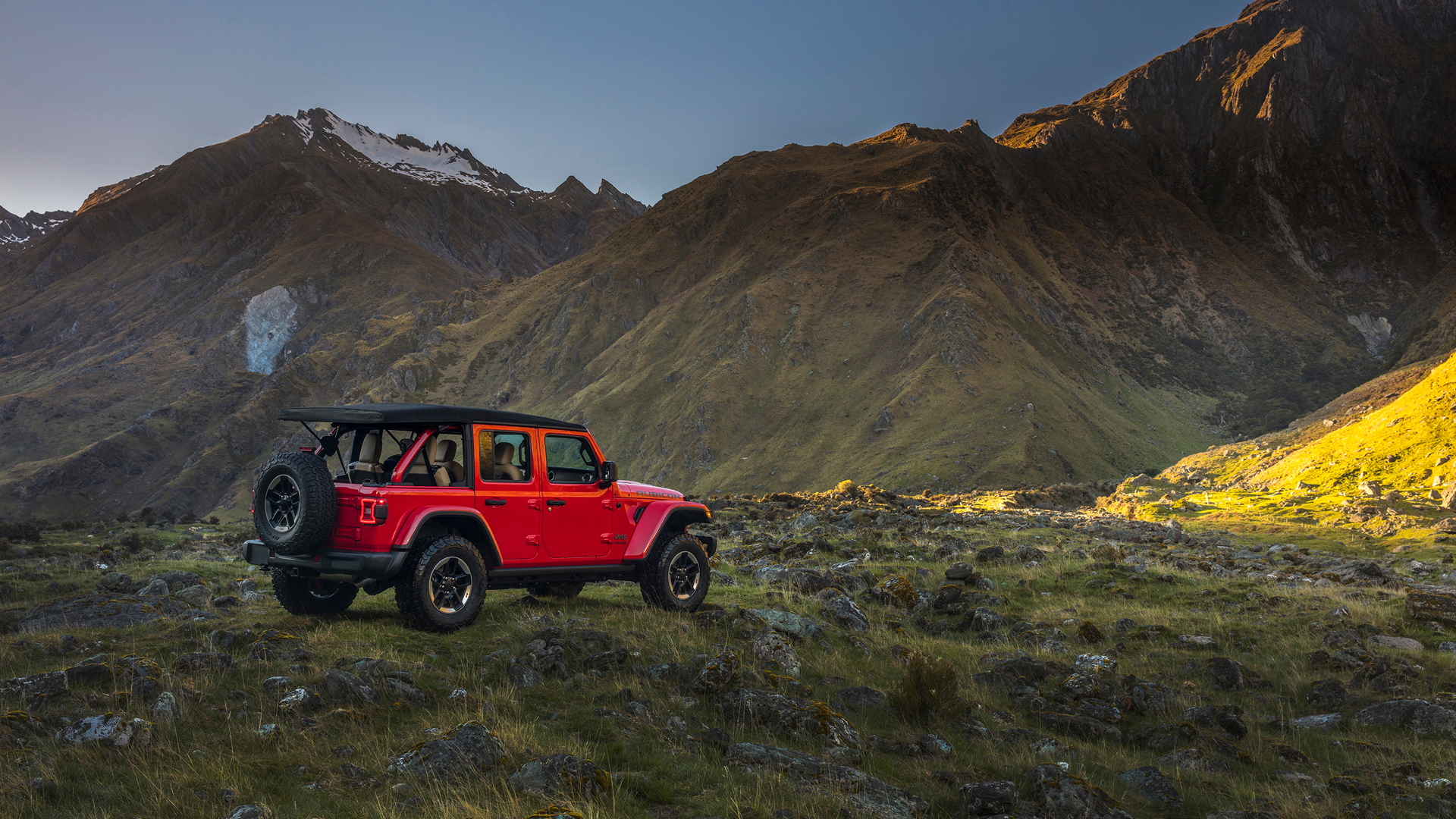 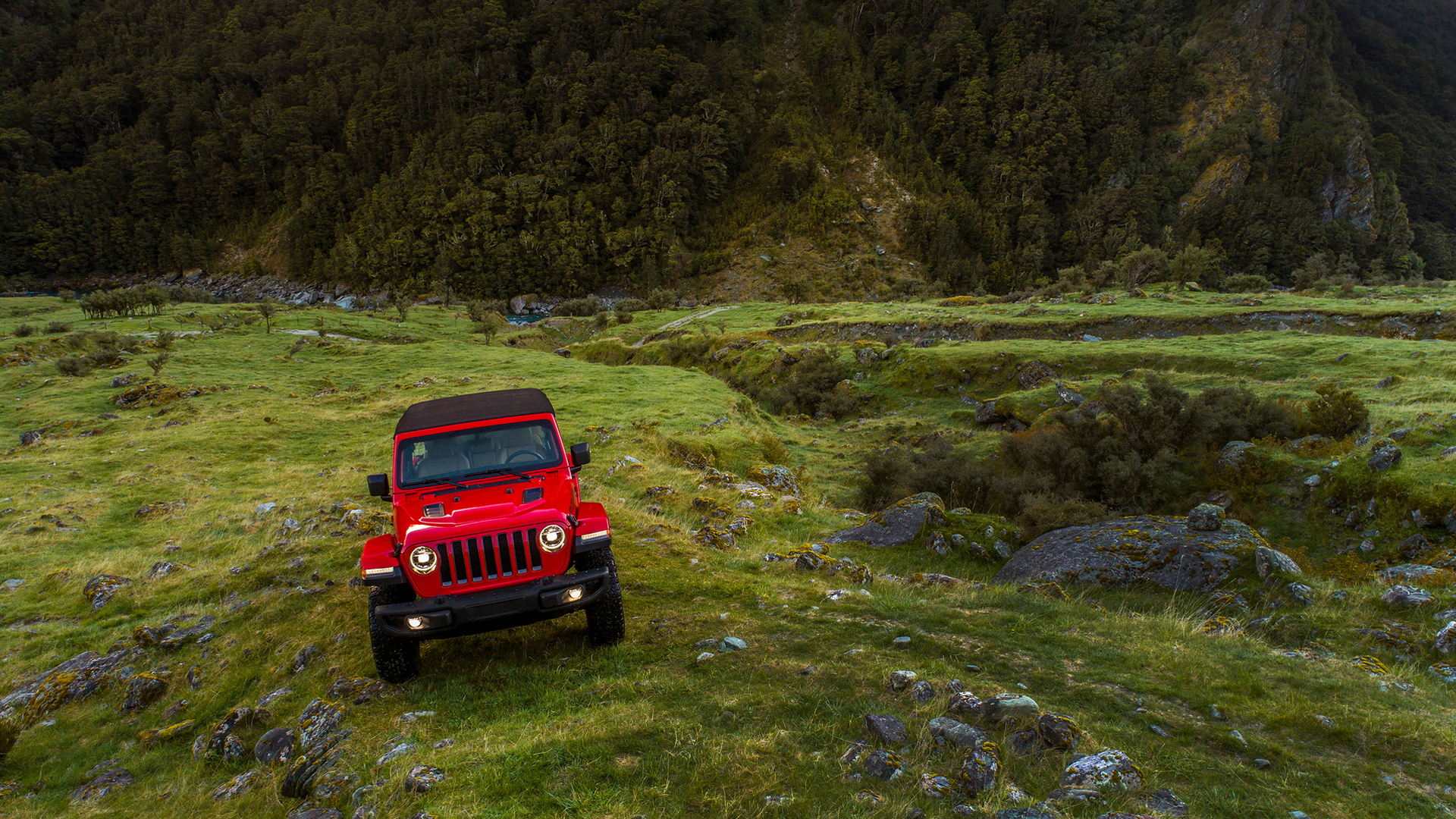 Jeep crows about its Wrangler being the standard for off-road driving. As my colleague Andrew Ganz found in Arizona, the 2018 Jeep Wrangler is a dynamite car in the dirt.

While the 2018 Wrangler, a JL to all the fans, certainly will be a fixture on trails and in mud bogs, it's also the vehicle that will get plenty of folks to school and work without ever setting a tire off road. The Wrangler will be a grocery getter, a commuter car, and in 4-door trim, perhaps the most capable method of getting the kids to soccer practice this side of a Range Rover, Mercedes-Benz G-Wagen, or Toyota Land Cruiser.

To find out how the 2018 Wrangler improved for those daily commuters, I borrowed a Rubicon Unlimited with a 6-speed manual and 3.6-liter V-6—easily the most enthusiast-focused member of the Wrangler family—and put 267 miles of commuter-class travel on it.

The Good: The new Wrangler takes so much from its World War II ancestor, but thankfully, the cabin is no longer one of those things. My tester had the same excellent pair of screens found in high-end versions of the Compass and Cherokee, with a 7.0-inch display in the instrument cluster and an 8.4-inch touchscreen atop the center stack. It had dual-zone automatic climate control, and a heated steering wheel to go with its heated seats. And the lights were LEDs, which meant I could actually see at night. The Wrangler feels like a product of the 21st century.

The Bad: That feeling comes at a substantial price. My tester, a Wrangler Unlimited Rubicon, started at $41,690 (including the mandatory $1,195 destination charge) and arrived loaded with enough gear to swell the total to $49,275. That's only a few thousand dollars shy of an entry-level Land Rover Discovery, but more egregiously, it's nearly $6,000 more than a Toyota 4Runner TRD Pro, which provides at least 85 percent of the Wrangler's capability in a more livable everyday package.

The Good: The big underhood news for the 2018 Wrangler is its new turbocharged 4-cylinder and mild-hybrid system, but this standard V-6 is perfectly fine. The V-6 fitted to our tester was smooth and powerful, and when revved toward the redline, it sounded so good I had to make sure my tester wasn't fitted with a cold-air intake or exhaust system.

The Bad: The 6-speed manual is just fine. The throws could have been a little longer, but the sensation when entering each gate felt just right for a Jeep. But the clutch was vague and difficult to manage off the line and the throttle overly sharp. After a few days with the Wrangler, I started taking off from stop signs and red lights in second gear because the resistance from the taller gearing made it easier to manage throttle/clutch inputs and accelerate smoothly.

The Good: Jeep will offer more efficient Wranglers in the future. Alongside the 2.0-liter mild hybrid pairing, we're eagerly awaiting the arrival of a diesel, both of which should help elevate the Wrangler's average fuel economy beyond the high teens.

The Bad: For now, the 3.6-liter V-6 is all we've got. It's rated at just 17 mpg city and 23 highway for 19 combined. But I struggled to hit that 17-mpg figure. While cold weather and winter fuel likely had an impact on my mileage, the Jeep's short, aggressive gearing, willing throttle, and brick-like aerodynamics will make hitting the highway figure a challenge for owners.

The Good: Holy moly, the Wrangler's steering is a revelation. Even with 33-inch tires up front, the new electro-hydraulic steering rack requires less maintenance when driving at speed than the outgoing rack. There's a sense of stability that the old hydraulic system in the Wrangler JK can't come close to matching.

The Bad: The Rubicon's ride is not comfortable. The suspension is hilariously soft, to the point that I almost lost control on a particularly brutal highway pothole that sent the Rubicon bump steering away. Tire roar from those 33-inch tires is constant and wind noise, even with my tester's optional hardtop, whips through the cabin.

The Good: Jeep's designers focused on improving visibility in the 2018 Wrangler. The lower beltline has dramatically improved lateral visibility, while a larger rear window helped for rearward visibility. Jeep's integration of the rearview camera to the center of the spare wheel is a neat choice, giving drivers a better perspective than above the license plate (although it's going to kill the market for aftermarket spare wheel covers.)

The Bad: Somehow, the front windshield is smaller. It's easy to spot from outside the car, but the impact from behind the wheel is tangible. At traffic lights, I had to hang back for a good view of what's happening, and there's an almost chop-top sensation in normal driving. And beyond that, it is a bizarre design choice. From the front, the windshield looks too small for the rest of the Jeep's proportions, particularly the lower beltline.

The Good: The new cabin looks great. There are plenty of neat design touches that feel functional. The grenade-shaped shift knob is among the best and one of Jeep's few Easter eggs that's genuinely useful—it's the perfect size and is easy to grip. I drove the Wrangler in January, so I wasn't able to remove the doors, pull the hardtop off, or lower the windshield, but after doing all of the above with a Willys Wheeler last summer, I can't wait to see how much easier Jeep's engineers have made these physically demanding, time-consuming tasks.

The Bad: The front seats aren't very good. There's not enough support and the lower cushion could stand to extend a few inches forward to provide more leg support. But my bigger concern was my test car's beige leather upholstery. Despite barely 1,800 miles on the clock, there was already a distinct tinge of blue on the outer bolster of the driver's side bolster, no doubt from the brushing of oversized, denim-clad journalist bottoms (your author's included). Press loaners usually live harder lives than privately owned vehicles, but to see it on a product that's barely broken in and on upholstery that adds $1,495 to the price tag is very disappointing.