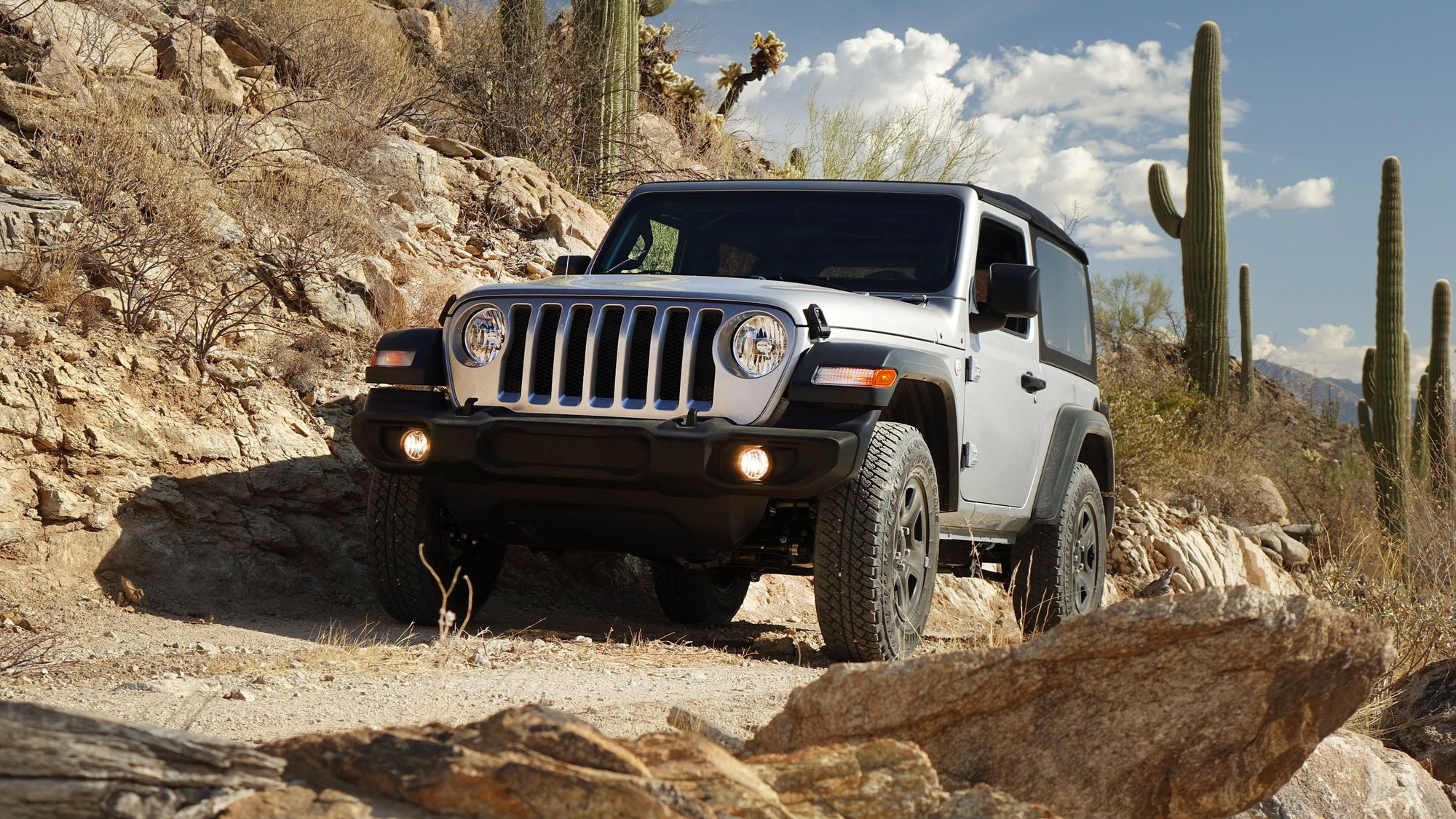 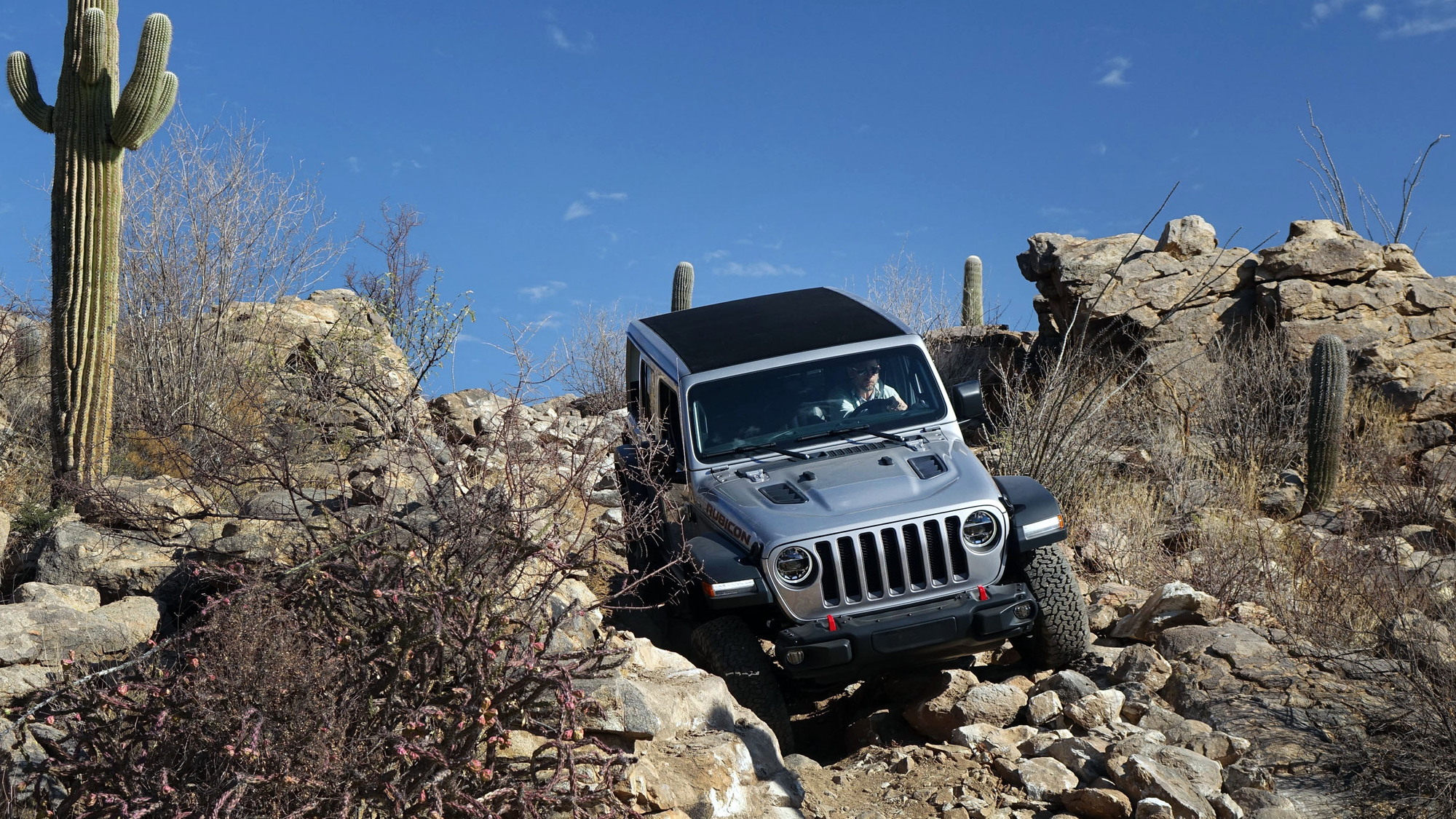 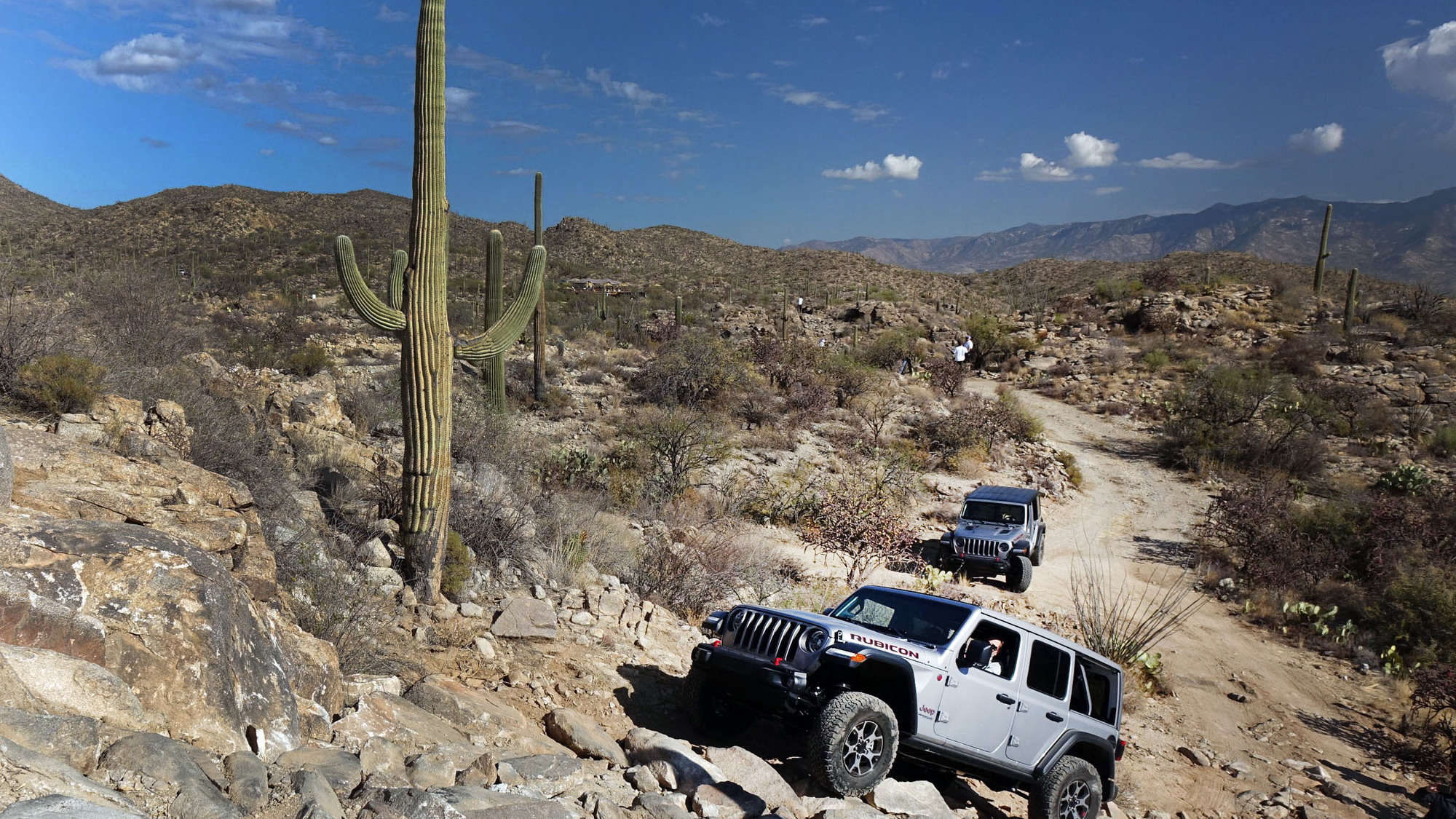 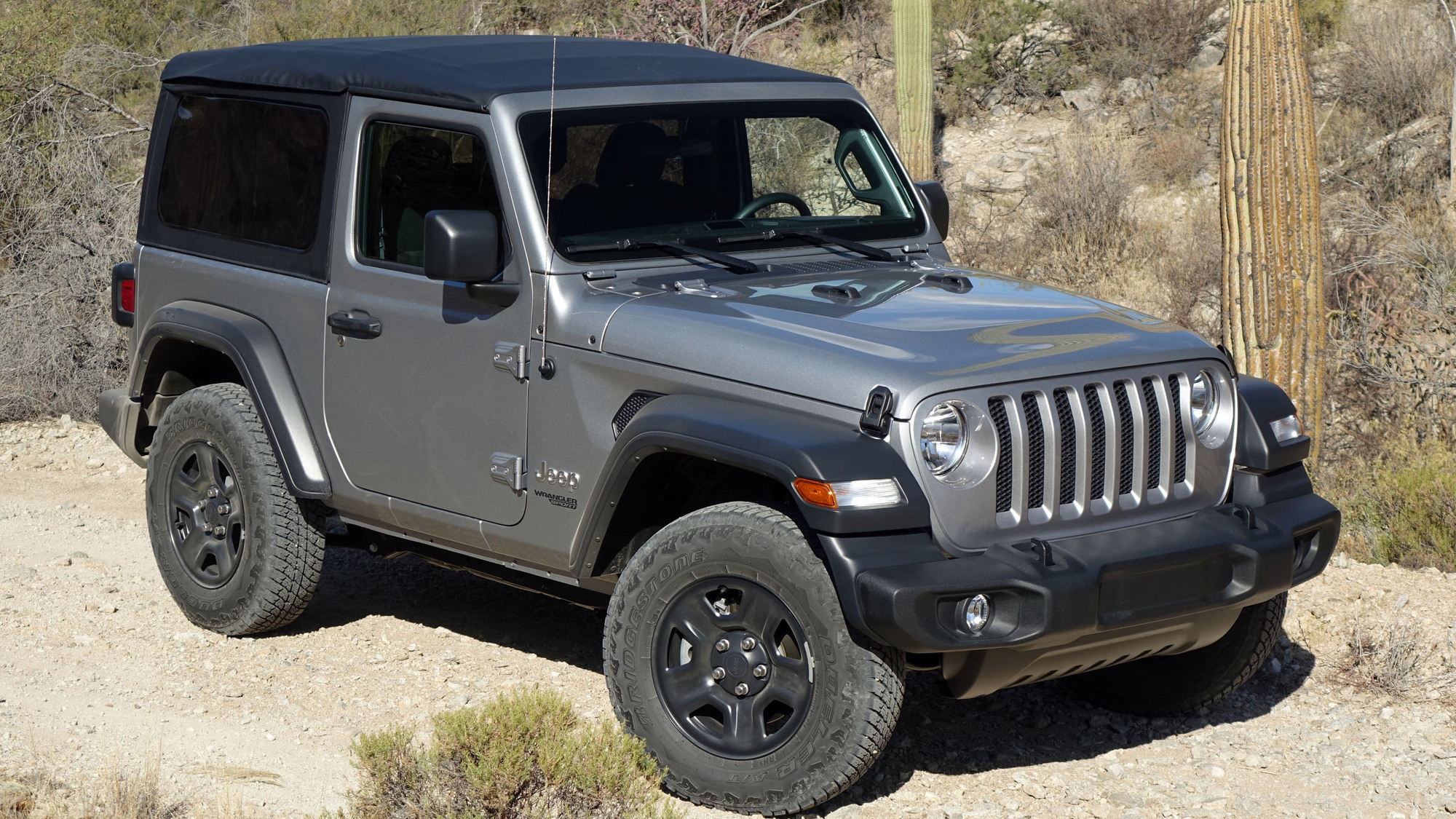 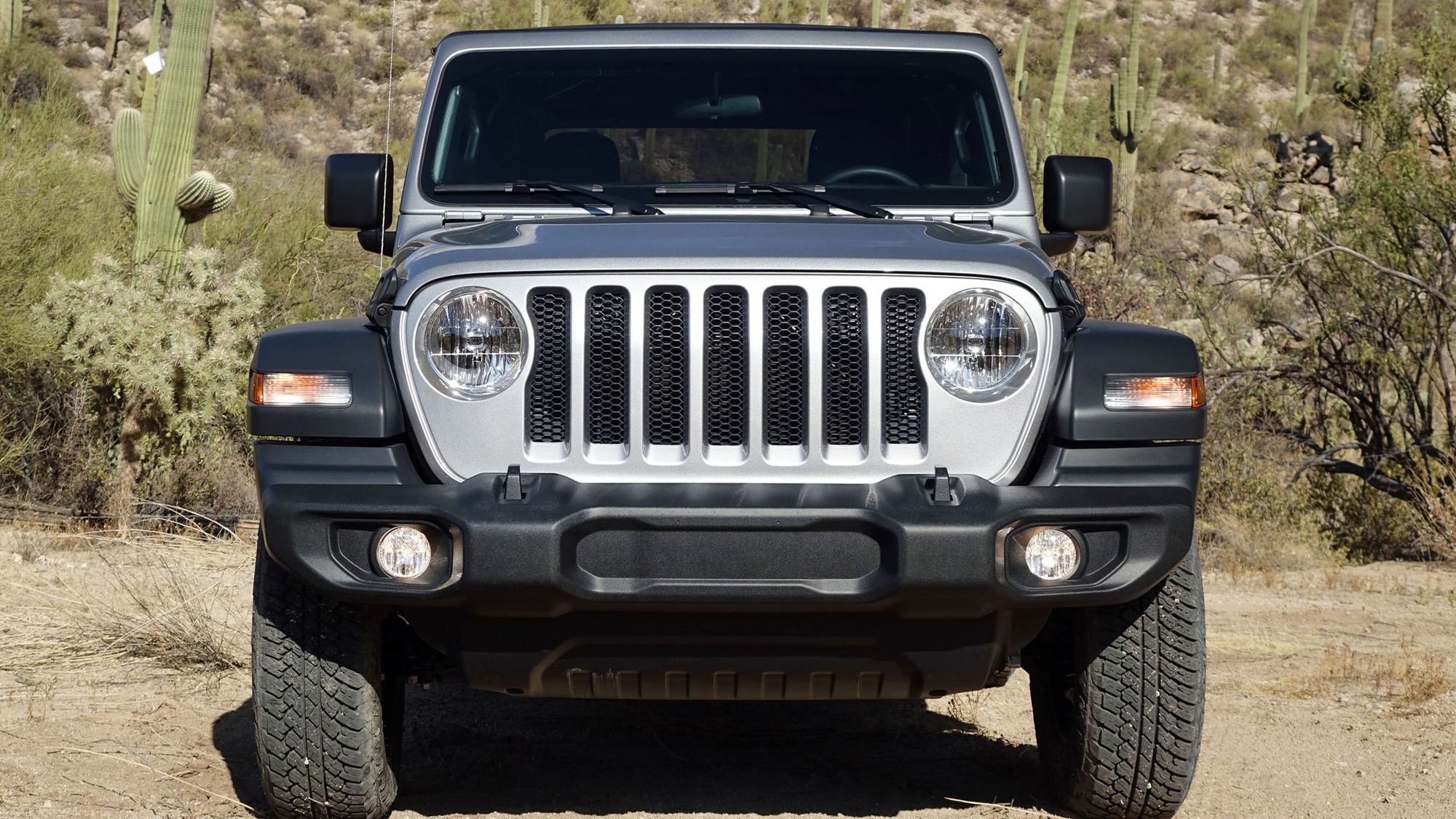 With anticipation comes expectations. Before venturing to Tucson, Arizona, to experience the 2018 Jeep Wrangler, we assumed that it would be more refined, more livable, more comfortable, more efficient, and more feature-laden. And it delivers all those superlatives.

But what we also expected was compromise. If Jeep can make a Wrangler a viable daily driver, it simply cannot be as capable off-road.

Or so we thought.

Leaving no stone unturned (or crawled over), the 2018 Jeep Wrangler eclipses its predecessors on- and off-the road. Jeep didn’t turn to wonky gearing, clearance-limiting spoilers, or slippery aerodynamics to make a better Wrangler.

Instead, the folks in Auburn Hills and Toledo gave it their all, delivering a Wrangler that’s undoubtedly the best of its breed. And there’s more to come.

The 2018 Wrangler is only here to whet our appetites, though. A pickup, a turbodiesel, a plug-in hybrid, and no doubt myriad special editions will follow. But what’s going on sale in early 2018 should represent the heart of the lineup for years to come.

The V-6 is the latest version of FCA’s Pentastar, rated here at 285 horsepower and 260 pound-feet of torque. Paired with it is an 8-speed automatic that we've seen many times, including in Jeep’s own Grand Cherokee. The 6-speed manual is new for the Wrangler, with a smoother action and none of the wobbliness of the outgoing unit.

DON'T MISS: Driven by enthusiasts: the features that make the 2018 Jeep Wrangler stand out

Predictably, the V-6 behaves much like it did in the last Wrangler, with good power but light torque at low engine speeds. The 6-speed is a delight to row through the gears, but lugs below 1,500 rpm off-road, which makes the buttery smooth 8-speed automatic the better choice for all but diehard Jeepers.

More interesting is the turbo-4, an Alfa Romeo-sourced unit rated at 270 hp and 295 lb-ft, the latter of which comes on in full at 3,000 rpm. That’s not exactly stump-pulling torque, but it’s adequate and it works well with the mandatory 8-speed autobox. Don’t look for strong Italian flair here, though; the lightest Wranglers Jeep will sell you are a hefty 4,000 pounds. Toss on the hardtop and a few power accessories and you’ll hit 4,500 pounds with ease.

The turbo engine is actually a mild hybrid, but you won’t see those words together in Jeep advertising. A 48-volt electric system replaces the standard alternator with a big motor-generator that lets the Wrangler “sail;” that is, its gas engine turns off while coasting and at a complete stop to save fuel. Right now, there are no EPA figures for the turbo-4, but a V-6 automatic scores a commendable 20 mpg combined.

Jeep could have made the Wrangler a unibody with a fully independent suspension. Kevin Durant also could have taken up synchronized swimming. A separate ladder frame with solid axles suspended by coil springs sits underneath each Wrangler. Rubicons sit a little higher, ride on true 33-inch rubber, feature automatic disconnecting swaybars, and put power to the ground via beefier Dana 44 axles with locking differentials.

But any Wrangler is off-road-ready right out of the box, something we couldn’t exactly say about the base Sports advertised with ultra-low list prices. The new Wrangler’s base tires are 245/75-17s and its 9.7-inches of ground clearance tops the outgoing stripper by a hefty 1.5 inches. Pop for the Rubicon and there’s nearly 11 inches of daylight between axle housing and terra firma.

Sport and Sahara trims come standard with a part-time transfer case. A version that revives the Selec-Trac nameplate and has an any-situation automatic 4-wheel drive mode is optional on Saharas. Rubicons once again get a meatier t-case with a better crawl ratio for off-road slogging.

One more fun fact about the Rubicon: its flares sit high enough on the fenders that you can fit 35-inch tires without a lift. So, you’ll want to do that. Budget accordingly.

The Wrangler’s updated interior is a far nicer place to whittle away miles regardless of terrain, but it’s still far from luxury car grade. The dash is pushed back, which combines with a lower belt line to give the Wrangler an airier feel up front. Controls are grouped more logically, although they’re overstyled to the point of confusion if you opt for the dual-zone automatic climate control. Yes, you can dress up your Wrangler with some luxo goods. Spend enough and you’ll get hand-stitched dash and door surfaces, a heated steering wheel, a 552-watt Alpine audio system, and leather seats.

The 2-door versions seat four. The rear seat is roomy enough, but certainly not comfortable. Most buyers will pick the Wrangler Unlimited and it’s easy to see why: there’s an extra inch of rear seat space, a more sculpted bench, climate control vents, and the speaker bar no longer intrudes into headroom.

Wranglers come standard with a soft top that’s far easier to fold back than before. Optional hardtops can either come with removable side and roof panels or with an enormous fabric sunroof that slides back at the press of a button. No top does a great job of quelling road noise, but that’s all part of the Jeep experience.

In Tucson, we had the opportunity to put Wrangler Rubicons through their paces on an exceptionally challenging, purpose-built rock-strewn course. With careful guidance from Jeep's spotters, our test Wranglers only occasionally tapped a skid plate or a rocker protecting tube while their differential locks, tires, and flexing axles did most of the work.

The BFGoodrich All-Terrain T/A KO2 tires that now come standard in place of last year’s Mud-Terrains may not look as chunky, but they’re better tires for nearly any use. They're especially good in the desert, where they work well on grippy rocks.

The course Jeep set up for us was twisty, occasionally forcing us into a full-lock turn that would have been a real challenge in last year's Wranglers. Both Wrangler variants are a touch longer than last year’s models and they boast a track expanded by about an inch, but somehow Jeep’s engineers sliced a foot out of their turning circle. They're not quite jackrabbits, though: the Unlimited requires more than 40 feet, which is about three feet wider than the Toyota 4Runner. That's a byproduct of the Jeep's solid axle, which simply doesn't allow the wheels to move at the same sharp angle.

That improved maneuverability is a boon in the city, where the Wrangler feels far less ponderous than before. This year’s new electro-hydraulic power steering deserves much of the credit. It’s weighted just perfectly and actually gives a good feel for what’s going on up front, something we’ve never said before about a Jeep Wrangler.

The Wrangler Unlimited’s 20-inch wheelbase gain over the 2-door pays dividends on pavement. Its ride is firm but composed, with far less side-to-side head rocking than the outgoing model. Our Sahara tester's hardtop with the sliding sunroof wasn't a major road noise culprit, although even the swankiest of Wranglers is hardly a silent highway companion.

Sure, Jeep could have lowered the Wrangler to meet fuel economy targets or even added removable spoilers for aero, but they took a more thorough approach that dilutes nothing and instead adds to the Jeeping experience.

Of course, now we’re expecting even more from the upcoming diesel and plug-in hybrids. Oh, and about that pickup...

Jeep provided travel and lodging to Internet Brands Automotive to bring you this firsthand report.