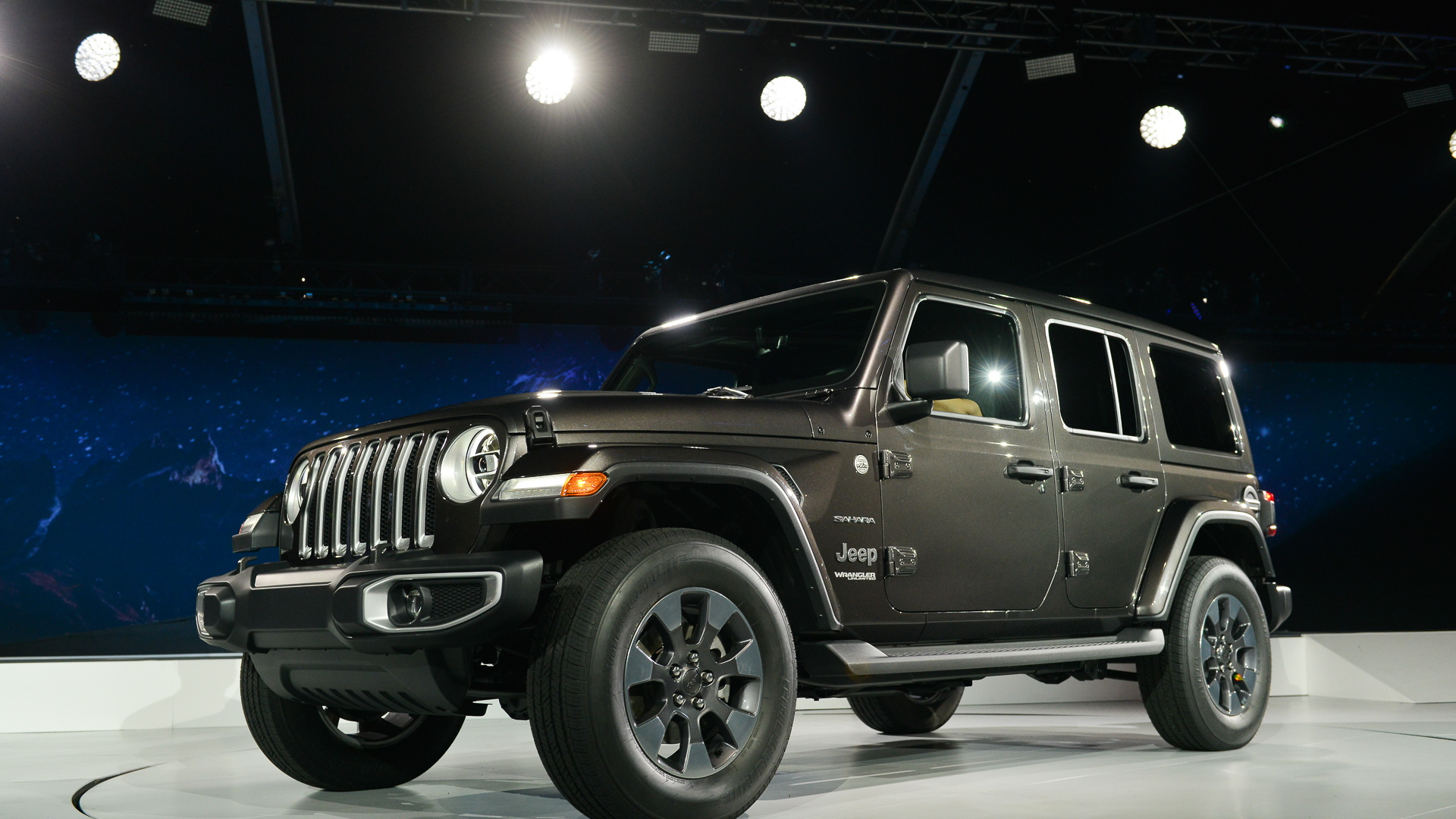 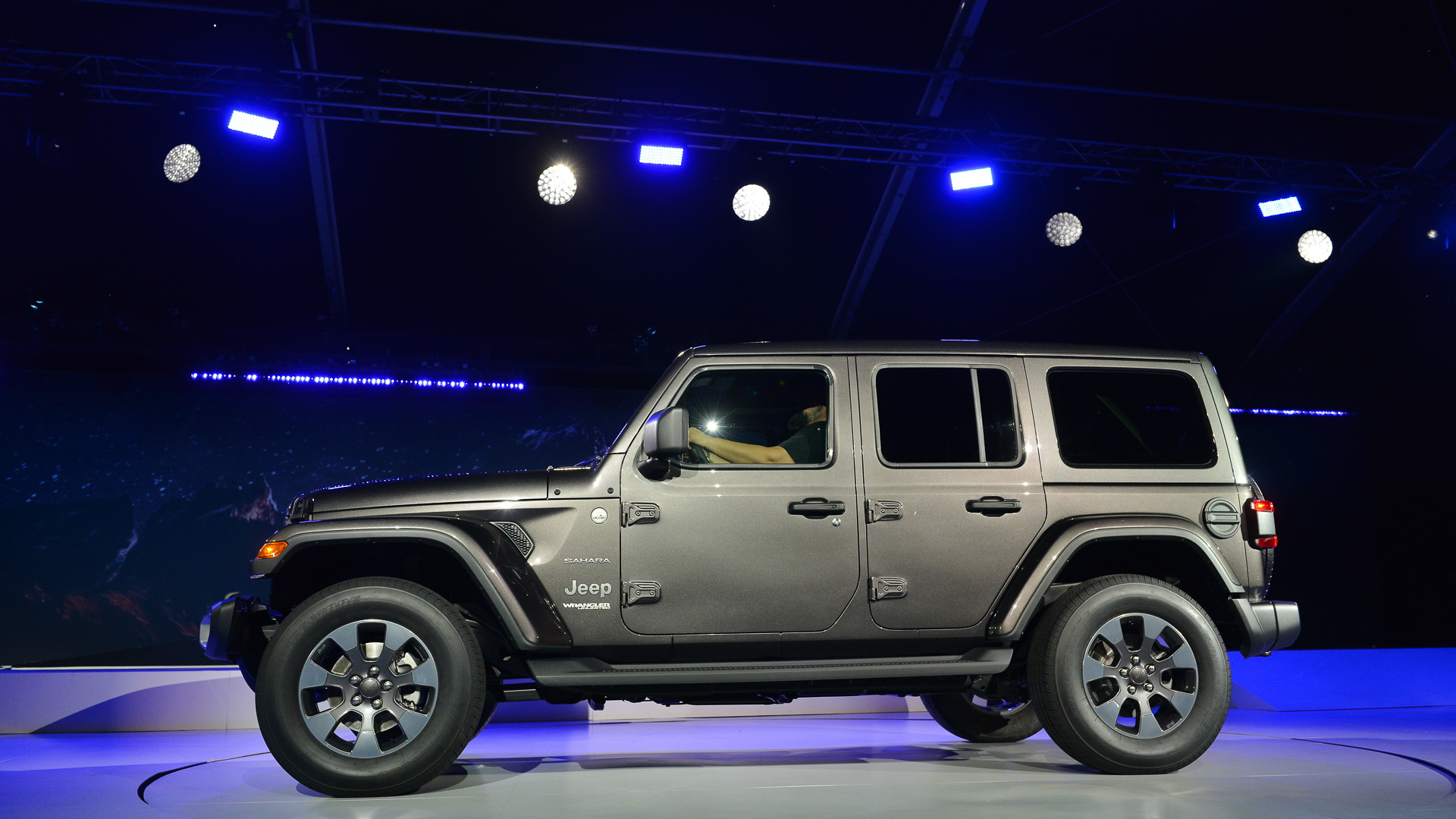 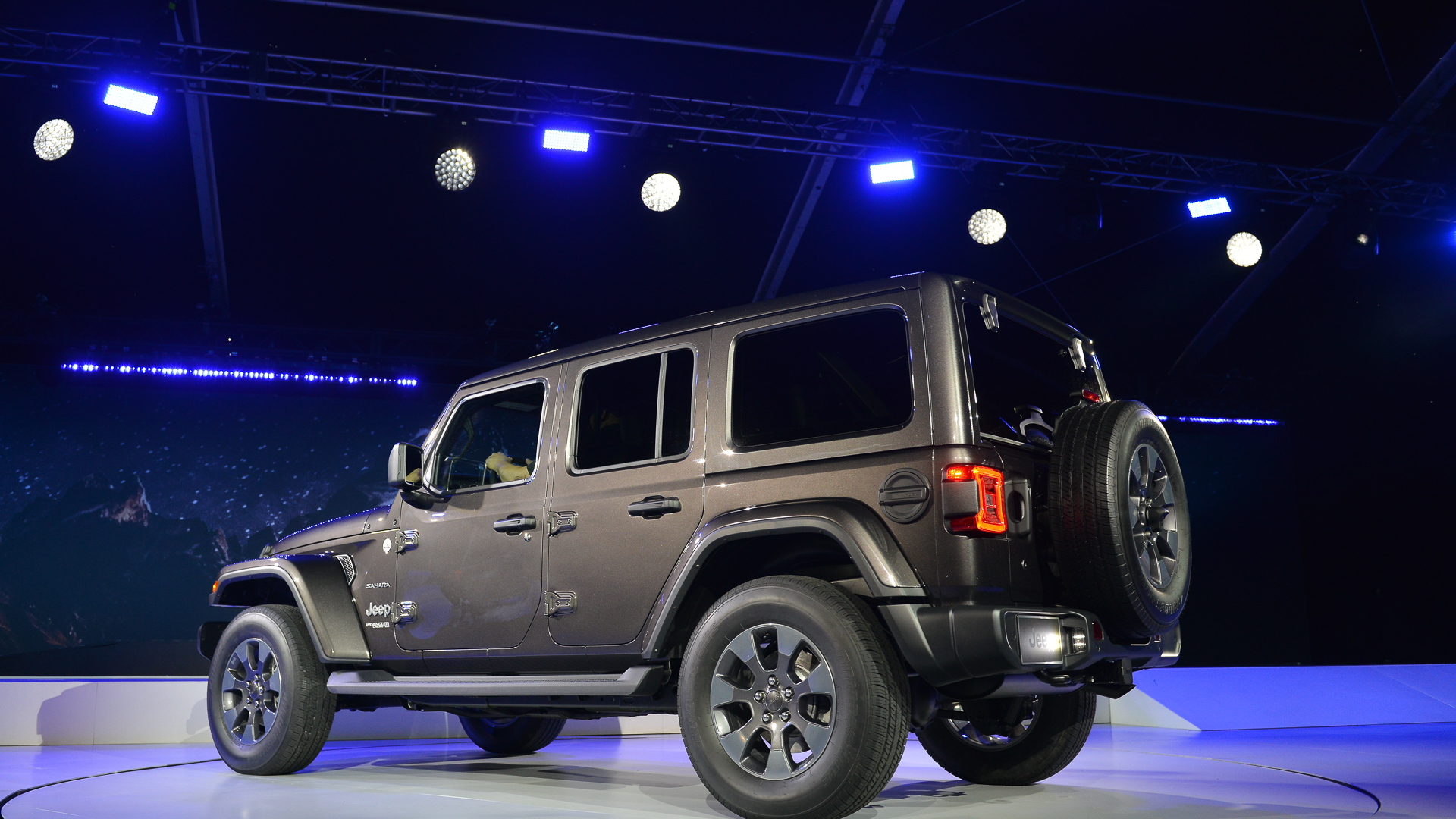 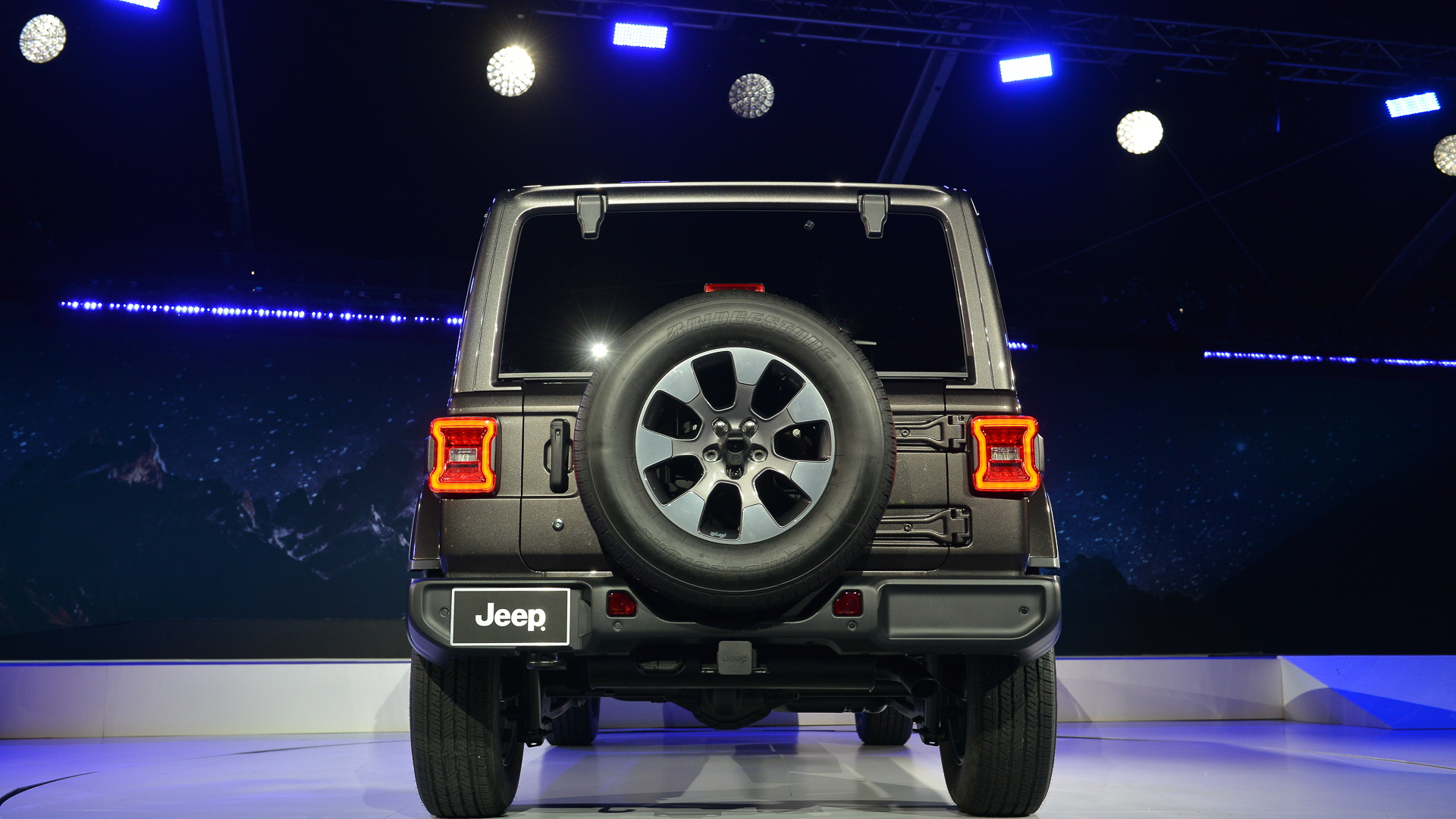 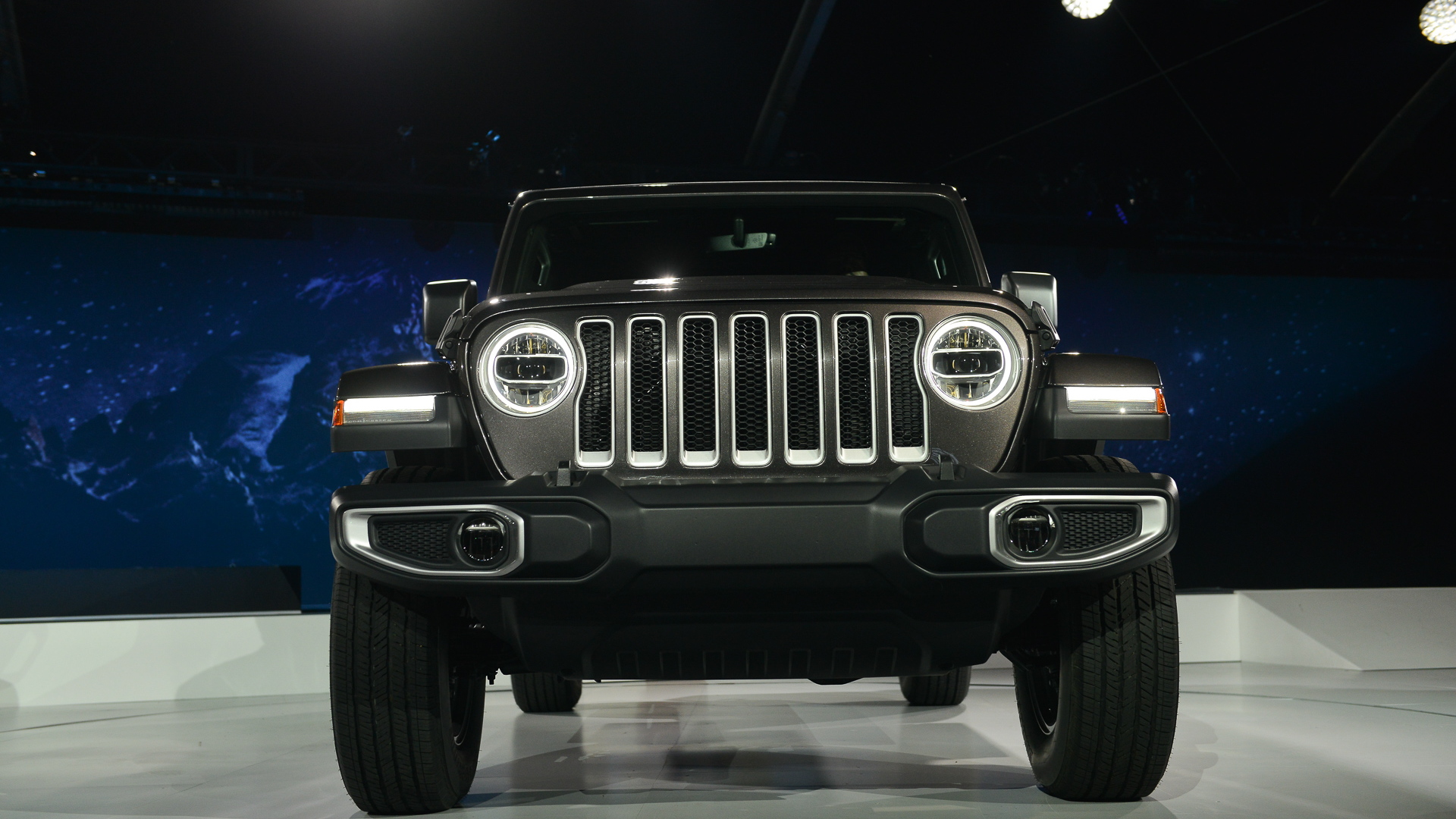 Jeep on Wednesday unveiled the redesigned 2018 Wrangler at the 2017 Los Angeles Auto Show.

There’s no mistaking the new off-roader, known to fans as the JL series, for anything other than a Wrangler. However, there are also modern touches such as the LED lights and more aerodynamically shaped grille. The vehicle also has plenty of tech thrown in for good measure.

Thanks to aluminum in its construction, for example in the doors, hinges, hood, fenders and windshield frame, Jeep engineers managed to get weight of the 2018 Wrangler down by 200 pounds compared to the outgoing JK series. The lower weight helps boost fuel economy more than 10 percent, Jeep says.

Also helping fuel economy are some new engines. The 2018 Wrangler launches with the outgoing model’s 3.6-liter V-6 which is good for 285 horsepower and 260 pound-feet of torque. It comes standard with a 6-speed manual and is available with a new 8-speed automatic.

Due for the 2019 model year will be a 2.0-liter turbocharged inline-4 and a 3.0-liter turbocharged V-6 diesel. The inline-4 works together with a mild hybrid system known as eTorque. Together, the powertrain delivers 270 hp and 295 lb-ft. Being a mild hybrid system, eTorque can’t power the vehicle exclusively. Rather, it handles the engine’s stop-start function, adds power during high-load situations, and allows the engine to be completely turned off during stops, coasting or when the engine is decelerating. As for the diesel, this is rated at 260 hp and 442 lb-ft.

Two USB ports up front and two in reach of occupants in the back seat connect to the media center. Standard 12-volt accessory outlets are located throughout the 2018 Wrangler and a 115-volt AC outlet is available to power select three-pronged home electronics. Clever storage solutions are also found throughout, including durable mesh pockets that extend the entire length of the doors and numerous phone storage areas.

For more on the Jeep Wrangler, read the in-depth reviews at The Car Connection. And for more from the L.A. Auto Show, head to our dedicated hub.