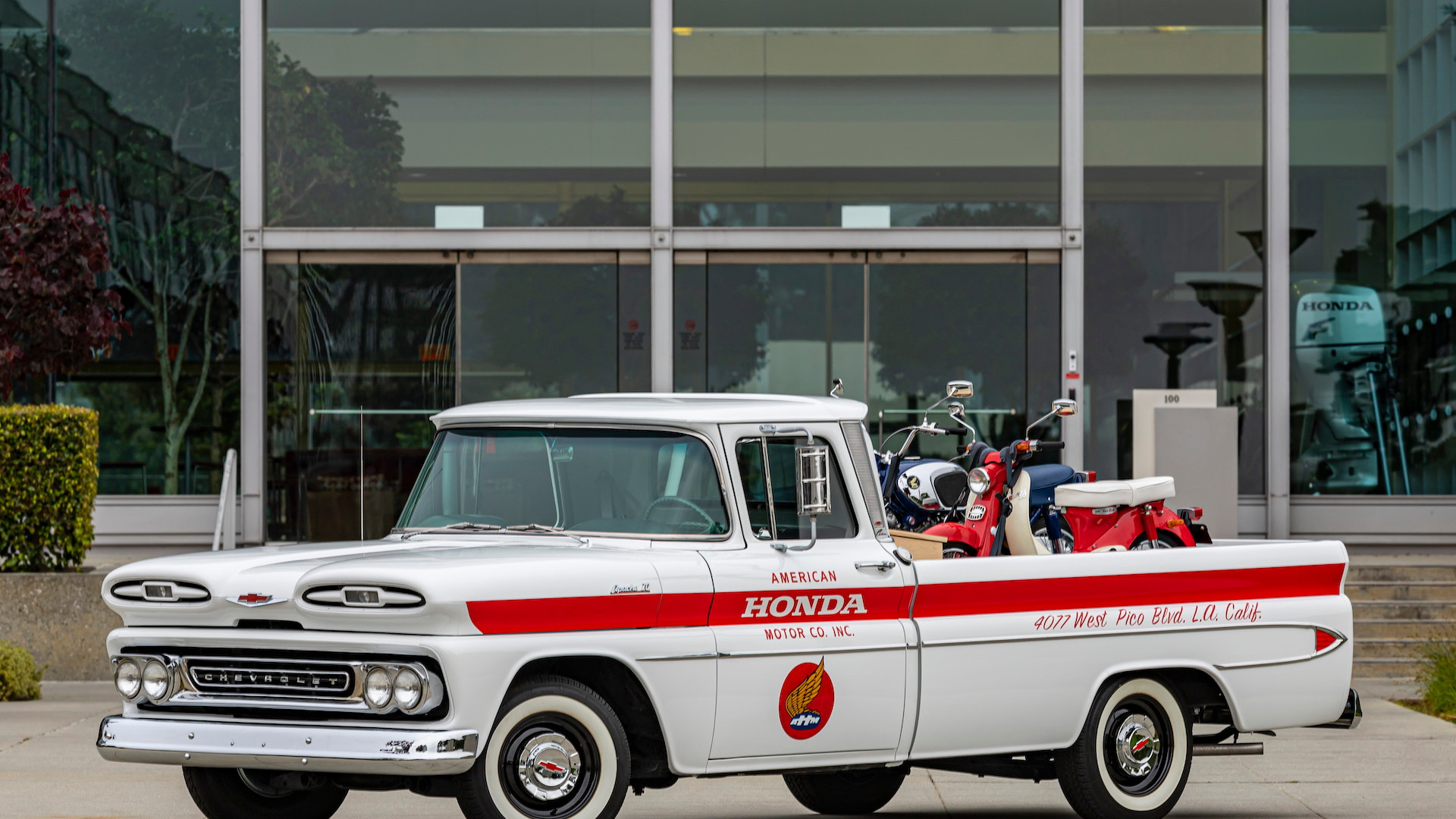 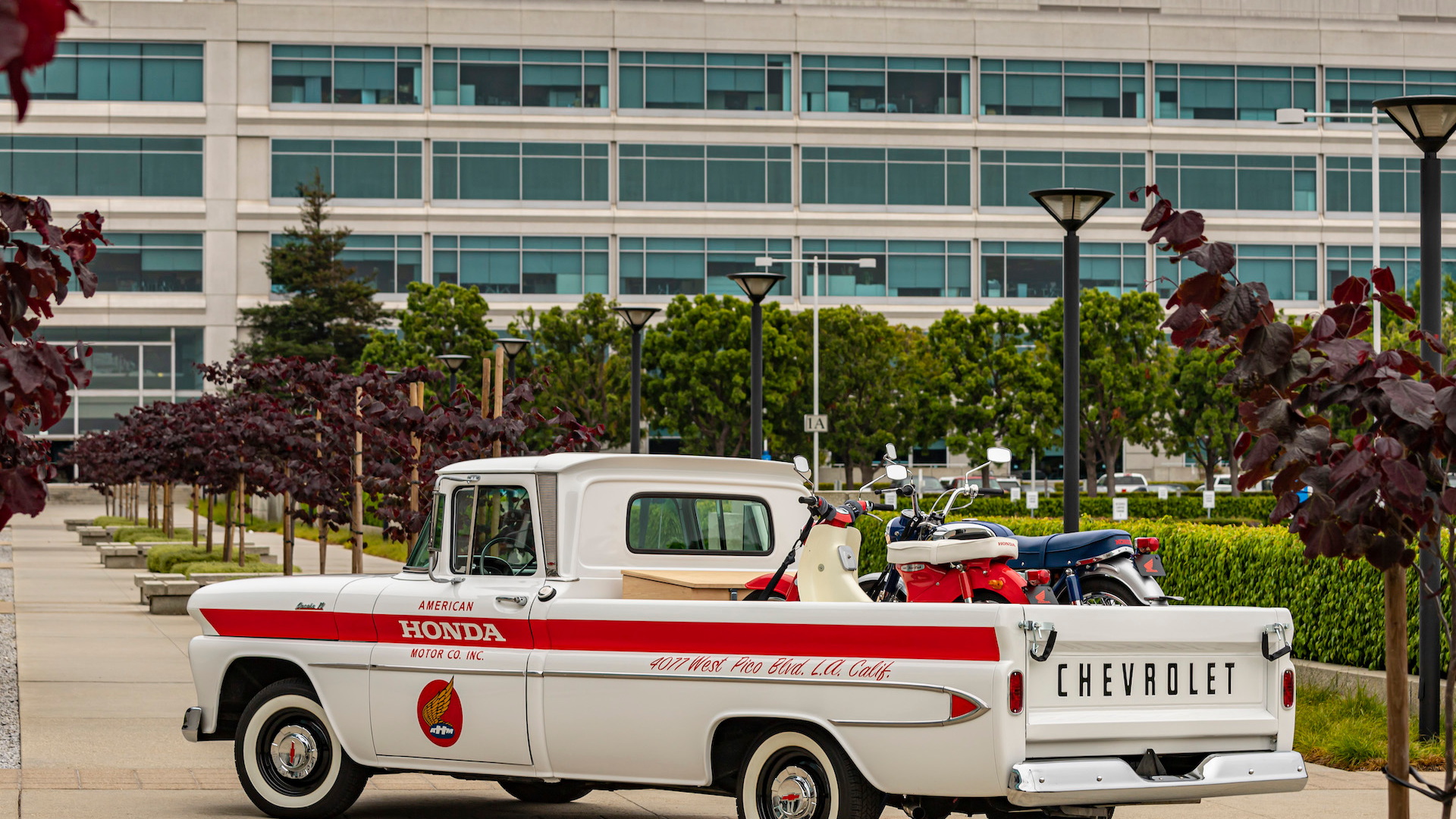 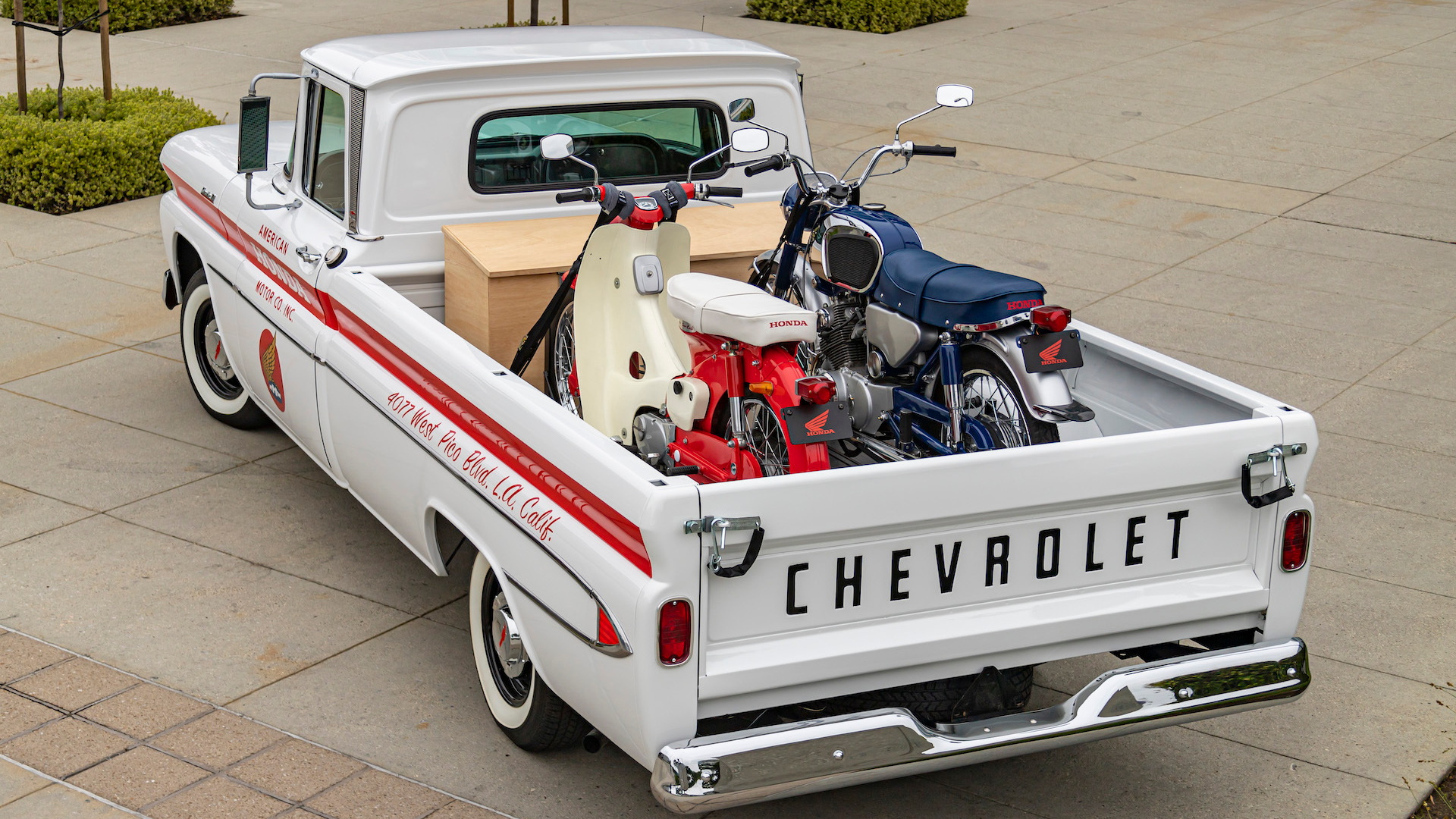 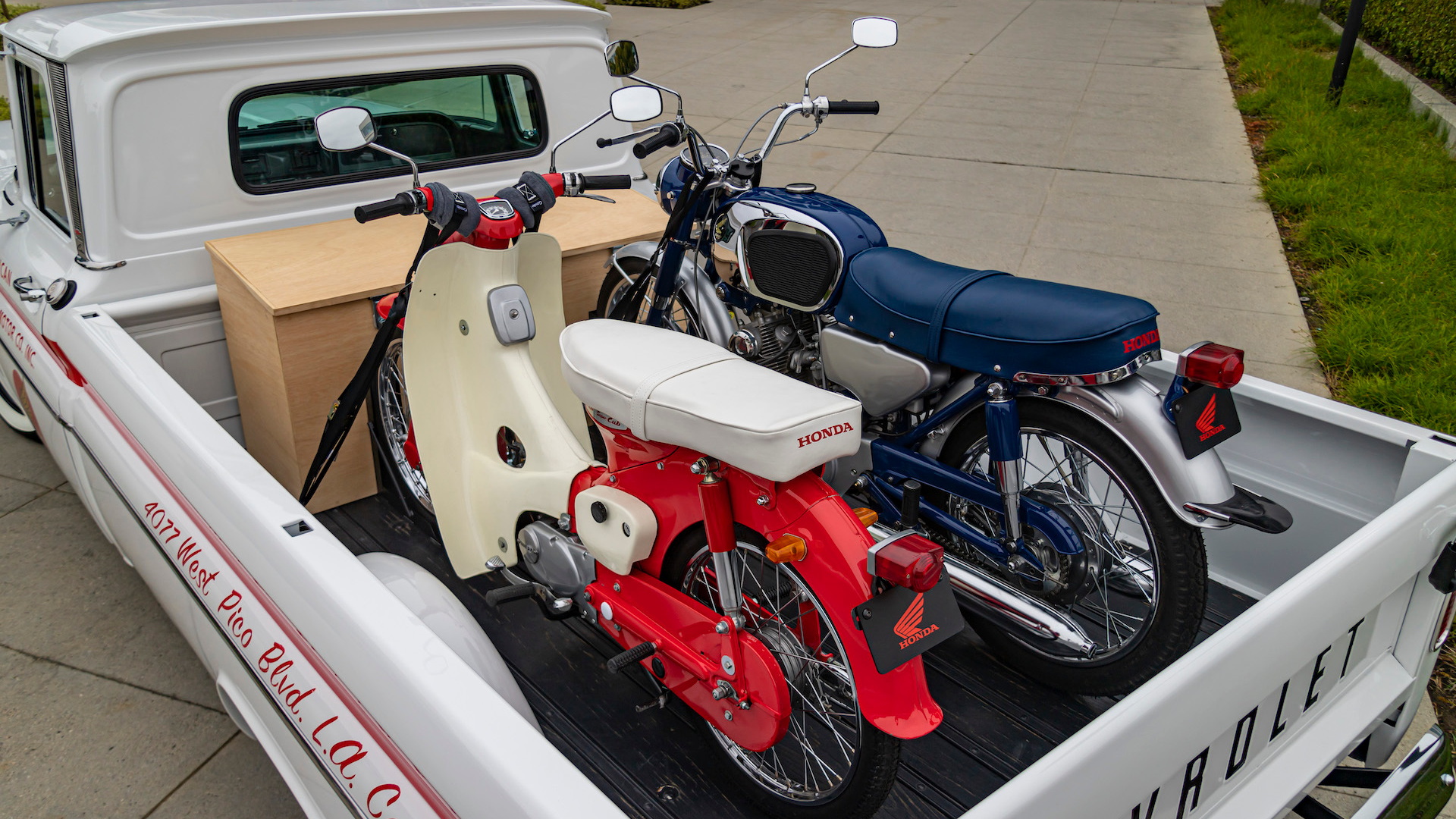 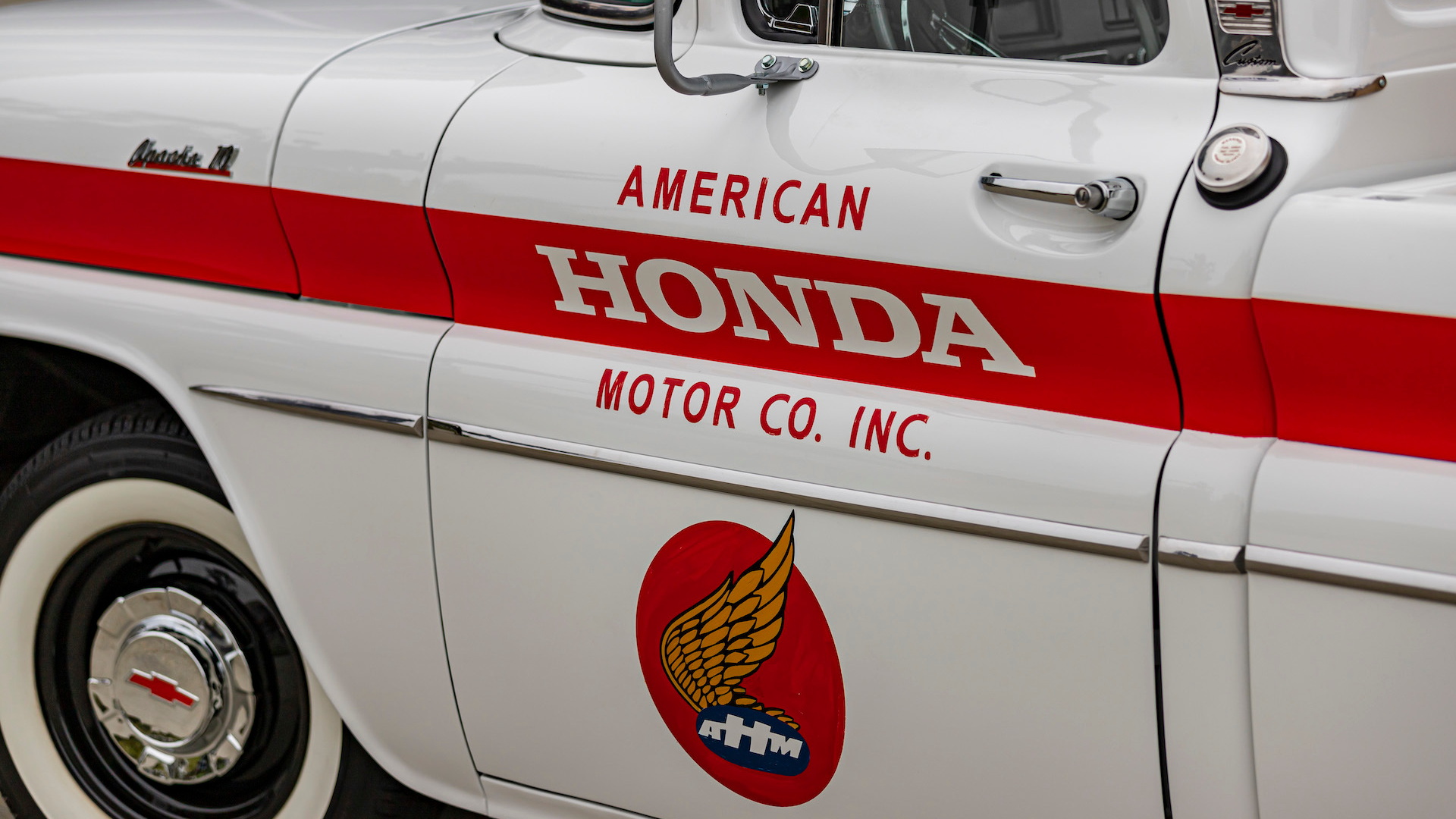 Honda's U.S.-market distributor celebrates its 60th anniversary this year. To mark the first arrival of its vehicles on American shores, Honda turned to an unlikely place: a 1961 Chevrolet Apache 10 pickup truck.

In 1959, American Honda's established date, the company needed a quick way to establish a footprint in the U.S. Honda decided to purchase a fleet of Chevrolet Apache pickups, which it used as delivery trucks for its motorcycle business. Its sales staff would deliver the motorcycles to dealers for sale to the public. The quick rollout worked wonders. By 1965, Honda was the best-selling motorcycle brand in the U.S.

Honda likes to think its fleet of Chevy pickups had a little something to do with it, so it went about commissioning a restoration.

The truck is a 1961 Chevrolet Apache just like the ones used almost 60 years ago. Honda sourced the truck, performed a light mechanical restoration, and repainted the pickup its factory white color. From there, Honda dug through archived photos and even brought in retired Honda workers to help recreate the exterior. The logos and red paintwork were done entirely by hand to match the Apaches from yesteryear. In fact, Honda provided a photo from its archives to show how the restored truck mimics one of the originals.

The Apache, specifically, is a half-ton chassis with a 283 cubic inch V-8 and a 3-speed manual transmission. Total power is 160 horsepower. But, Honda didn't stop there to recreate the magic. In the bed sit two vintage Honda motorcycles: a 50 and CB160. The two models are identical to the motorcycles Honda salesman carried in the Chevy pickups decades ago. Both bikes truly put the Japanese company on the map in the U.S. for their easy-to-ride characteristics.

With the restoration complete, Honda said it will take the Apache to some local classic car events in Southern California and other events in the U.S. It will also be present at the 2019 SEMA Show later this year before it heads to the American Honda Collection in Torrance, California.