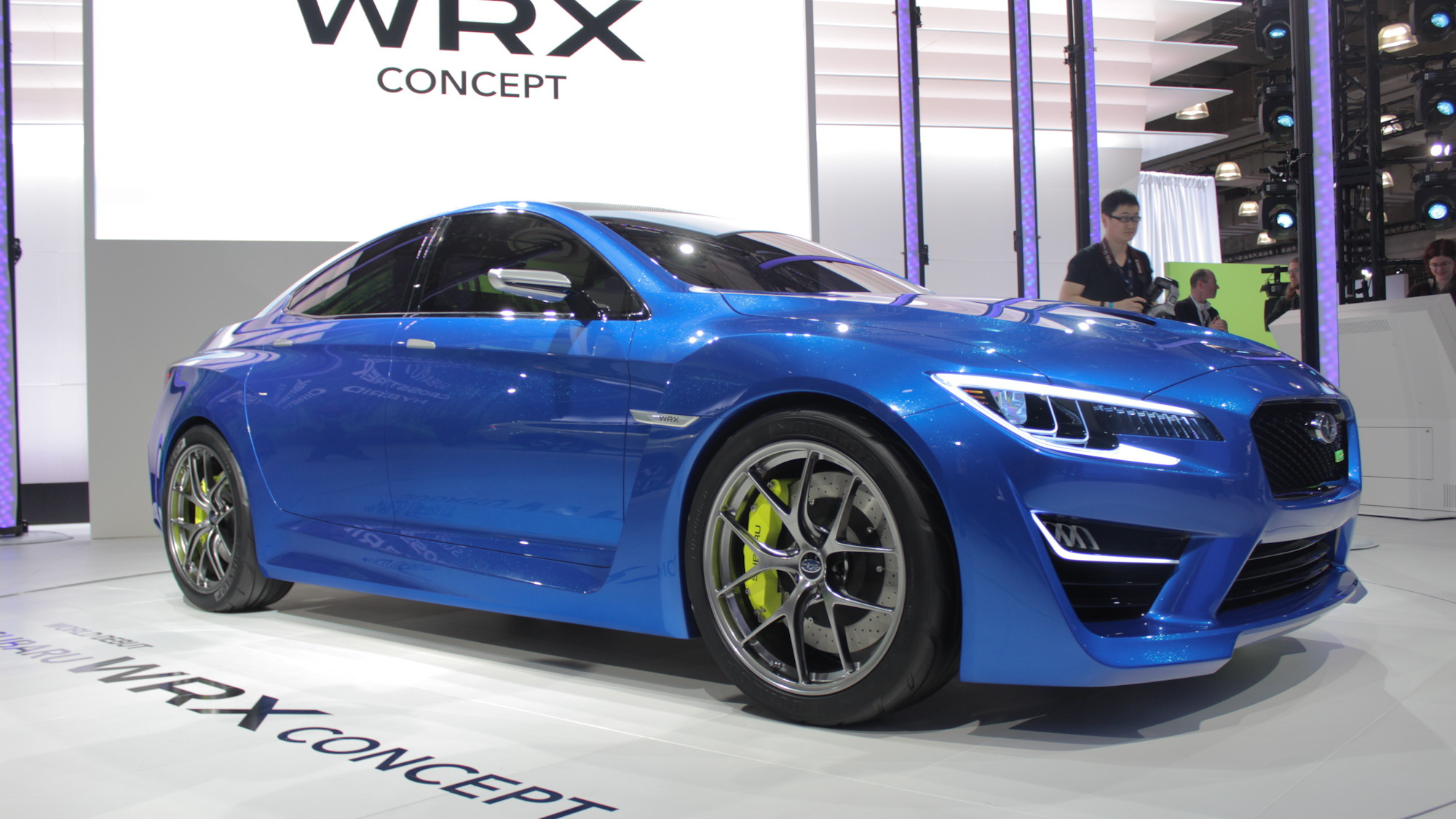 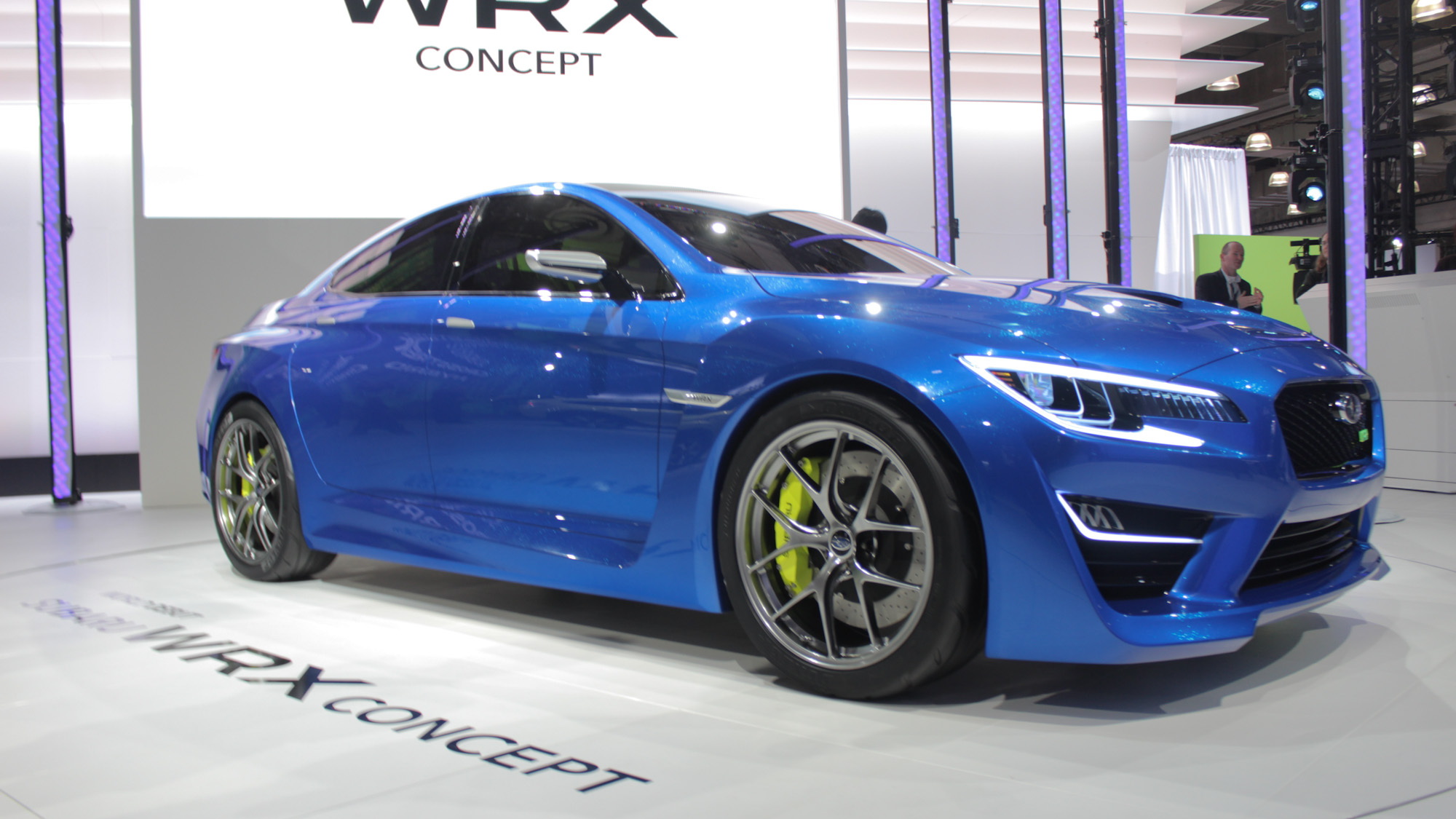 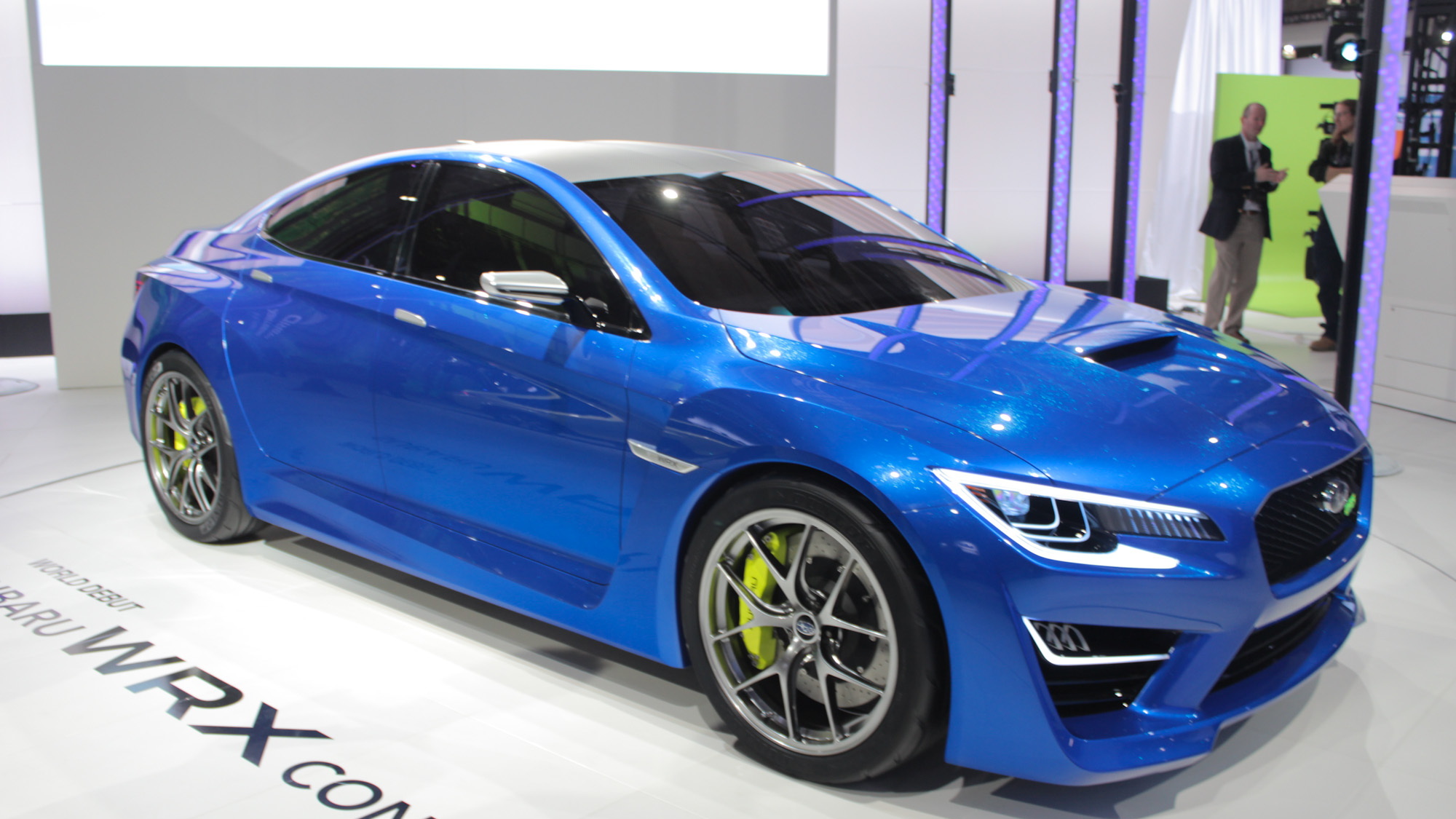 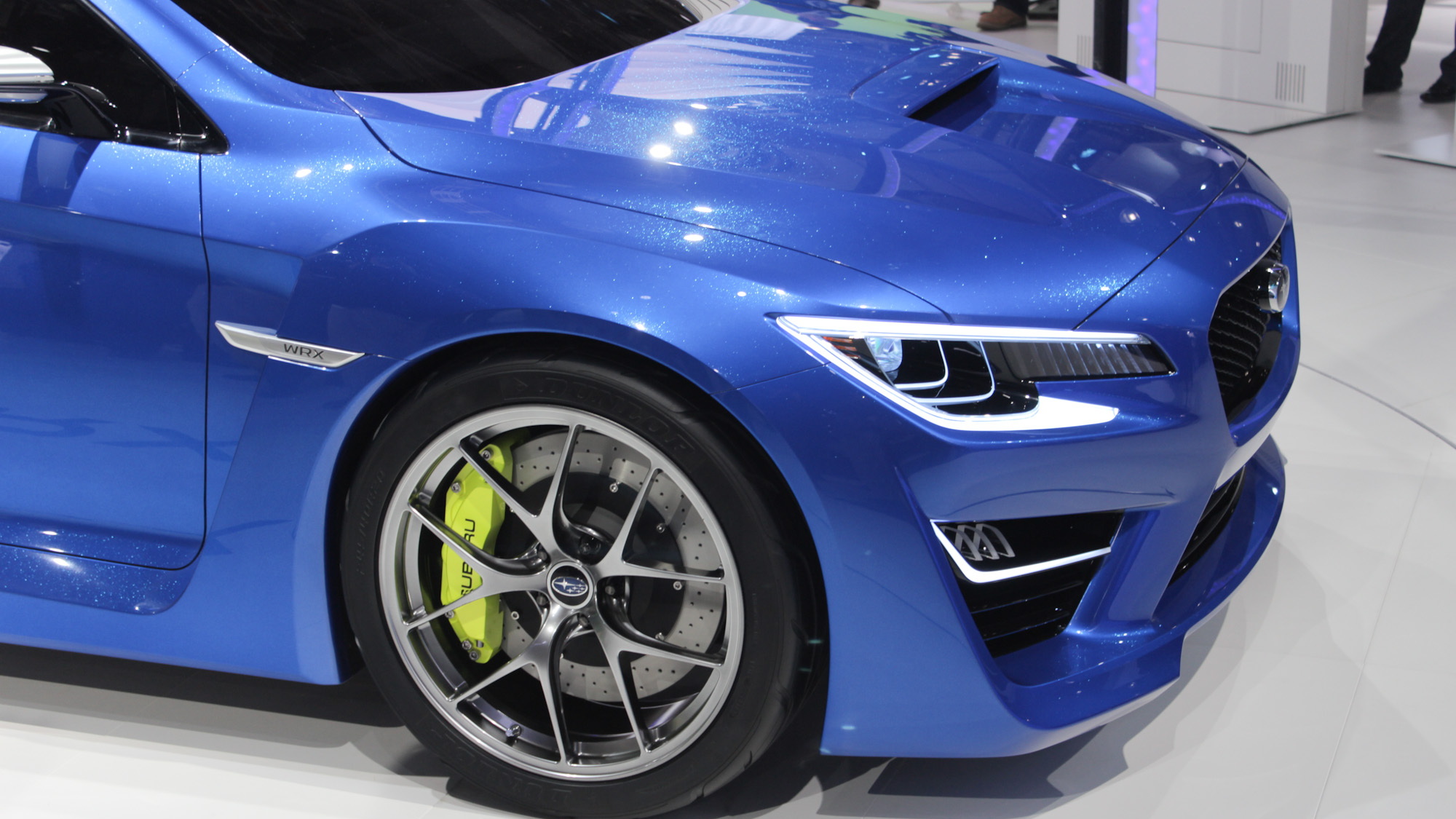 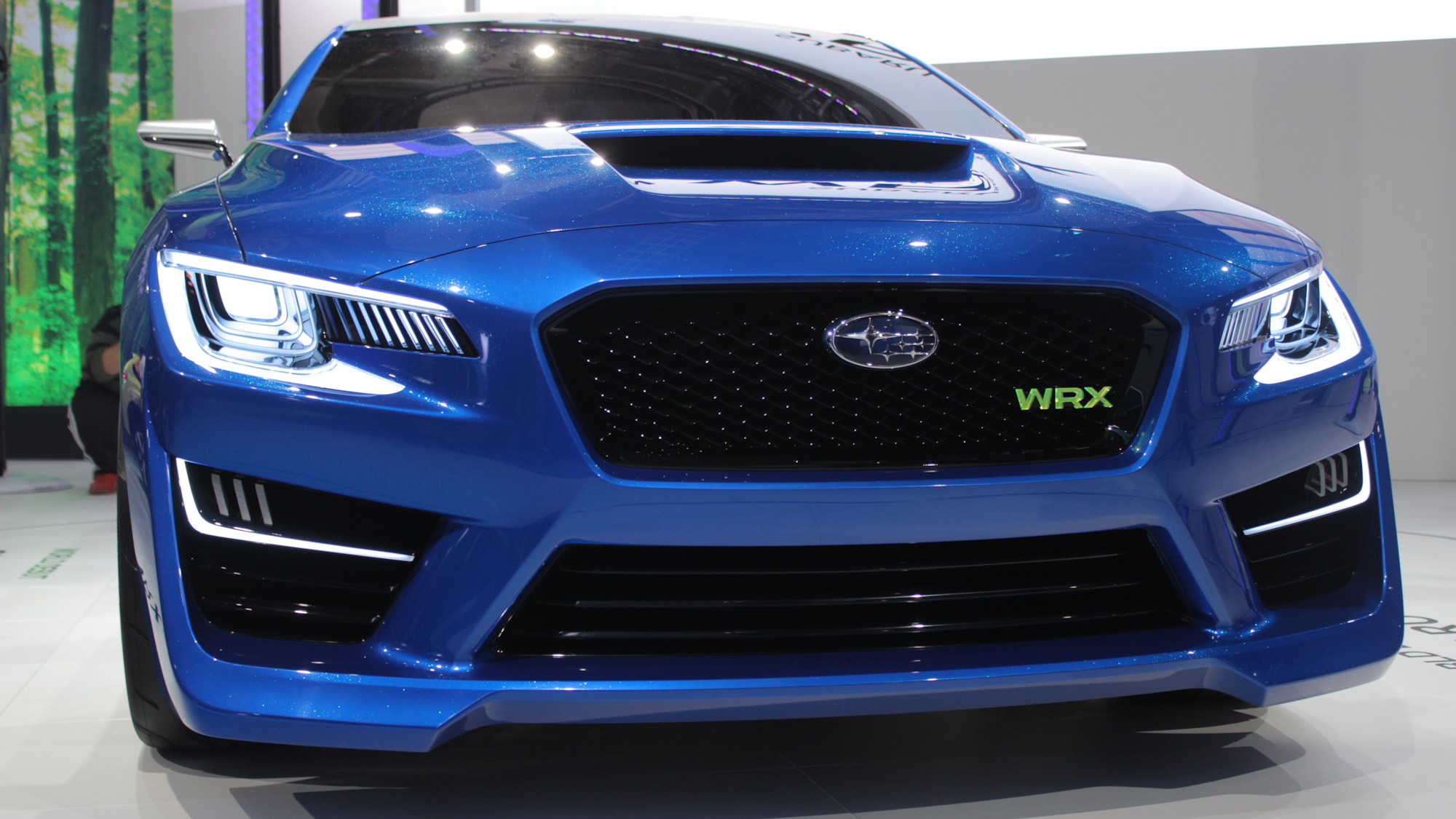 38
photos
Subaru has been telling us for a while that the next-generation WRX will not be just a hopped up Impreza, and it used the 2013 New York Auto Show to give us our first glimpse of this with the WRX Concept.

While we've spied the next-generation Subaru WRX undergoing testing, the WRX Concept gives us an idea of what the design of this future sports car will look like.

During the New York Auto Show Subaru's General Manager of Design Osamu Namba took a moment to talk about the design of the WRX Concept.

Namba specifically notes the bold front end featuring Subaru's traditional hexagon grille and new hawk-eye headlights. He also noted the flared front and rear wheel arches which help define the WRX, and we personally think these give the concept a planted, aggressive stance.

We weren't sure when we saw the concept if the 20-inch alloy wheels would make it to production, but during the video Namba makes a point to mention how the concept's wheels play a pivotal role in hinting how the vehicle's been designed.

We mentioned in our video preview of the WRX Concept that the roofline is coupe-like and almost reminds us of the new 2014 Mercedes-Benz CLA45 AMG, We'd like to see the carbon-fiber roof make it into production, to save weight at the highest point on the vehicle.

Enthusiasts may not like hearing it, but we were told at the auto show that the next-generation WRX will likely be a bit more biased toward on-road-only performance than the current WRX. This is because Subaru has backed away from the global rally stage.

While this concept is likely longer, wider, and dramatic than the production car will be, we can't help but be excited about the next-generation WRX.

For more information be sure to read our full preview here, and watch our video preview here.