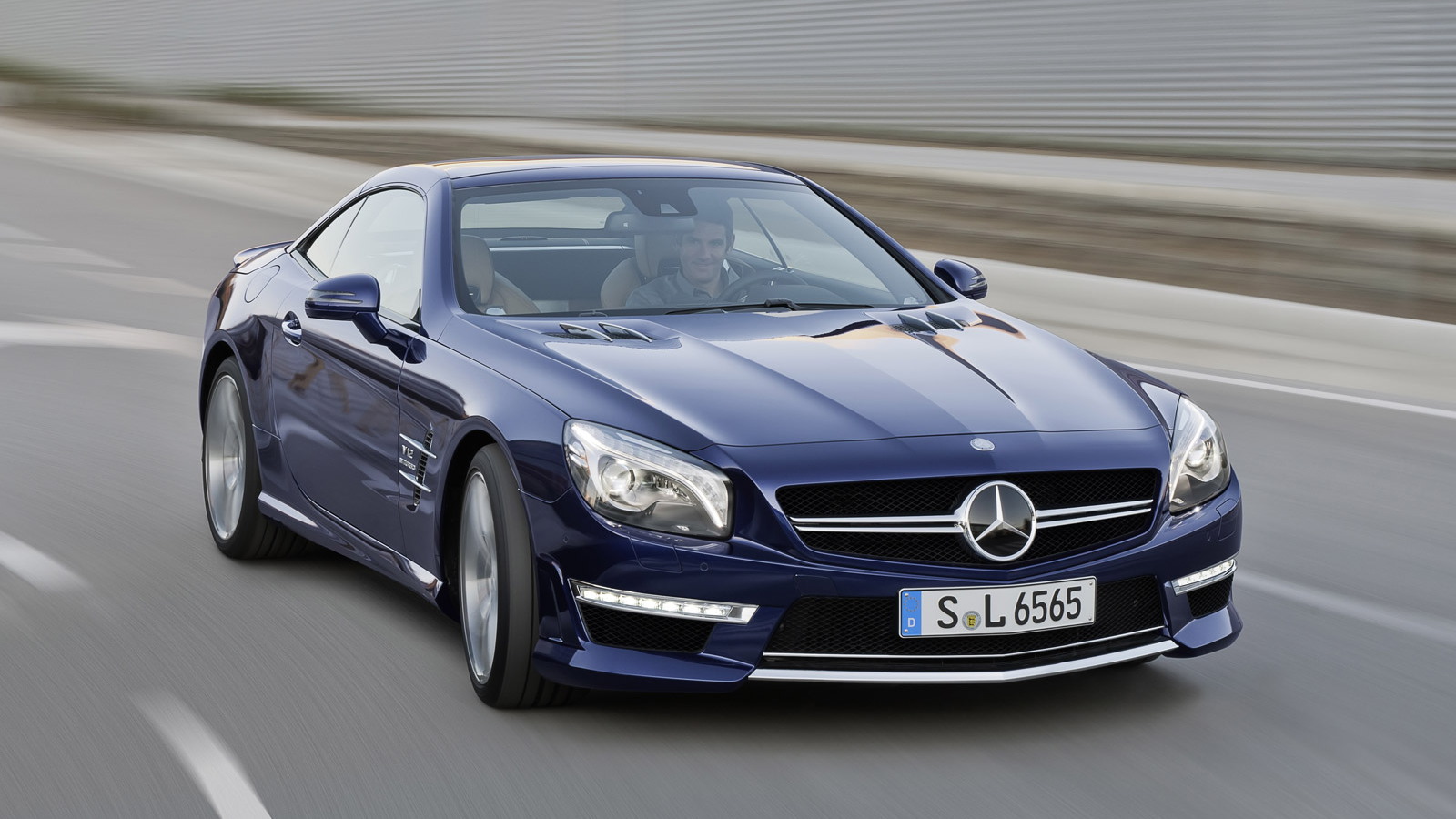 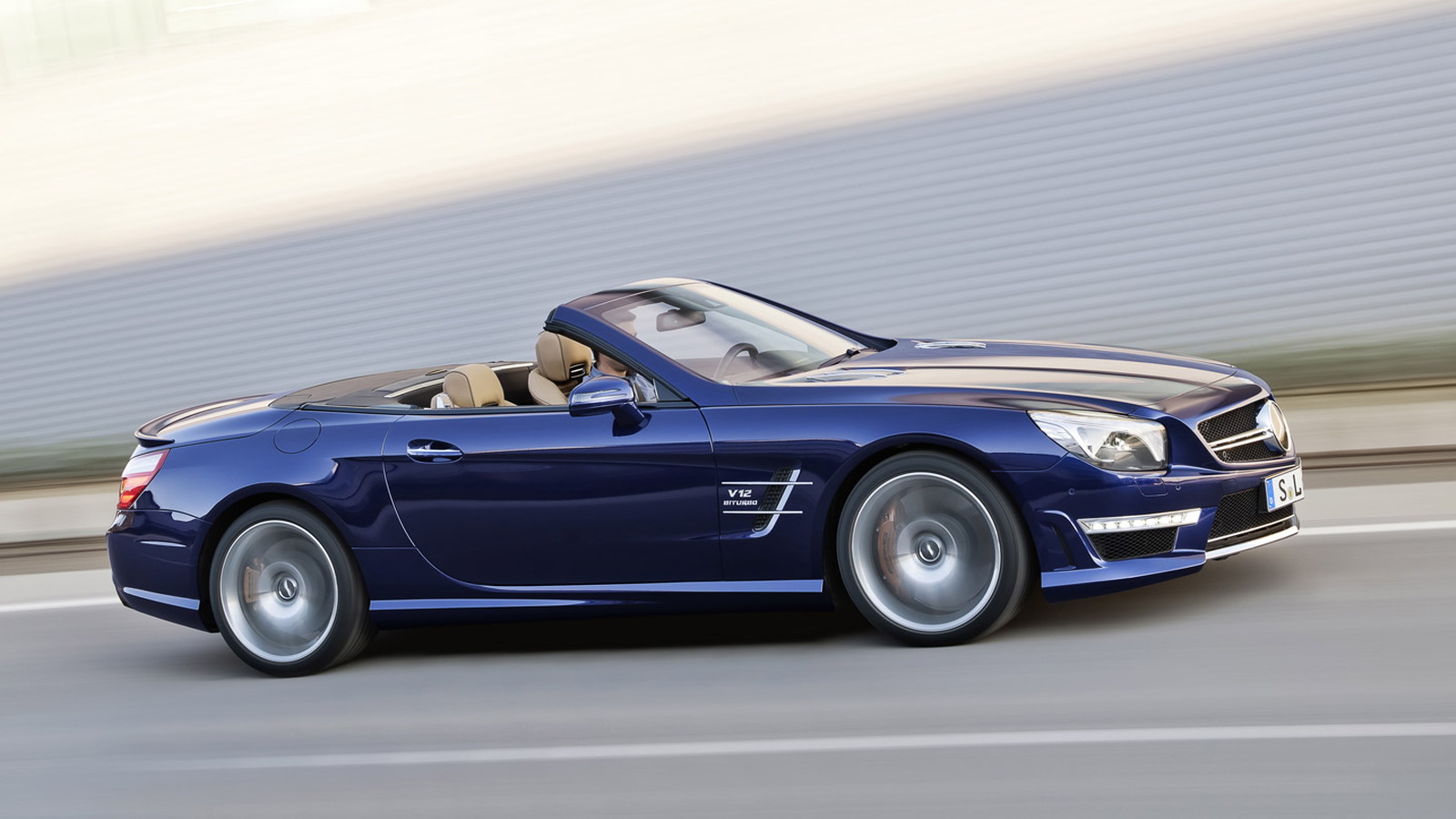 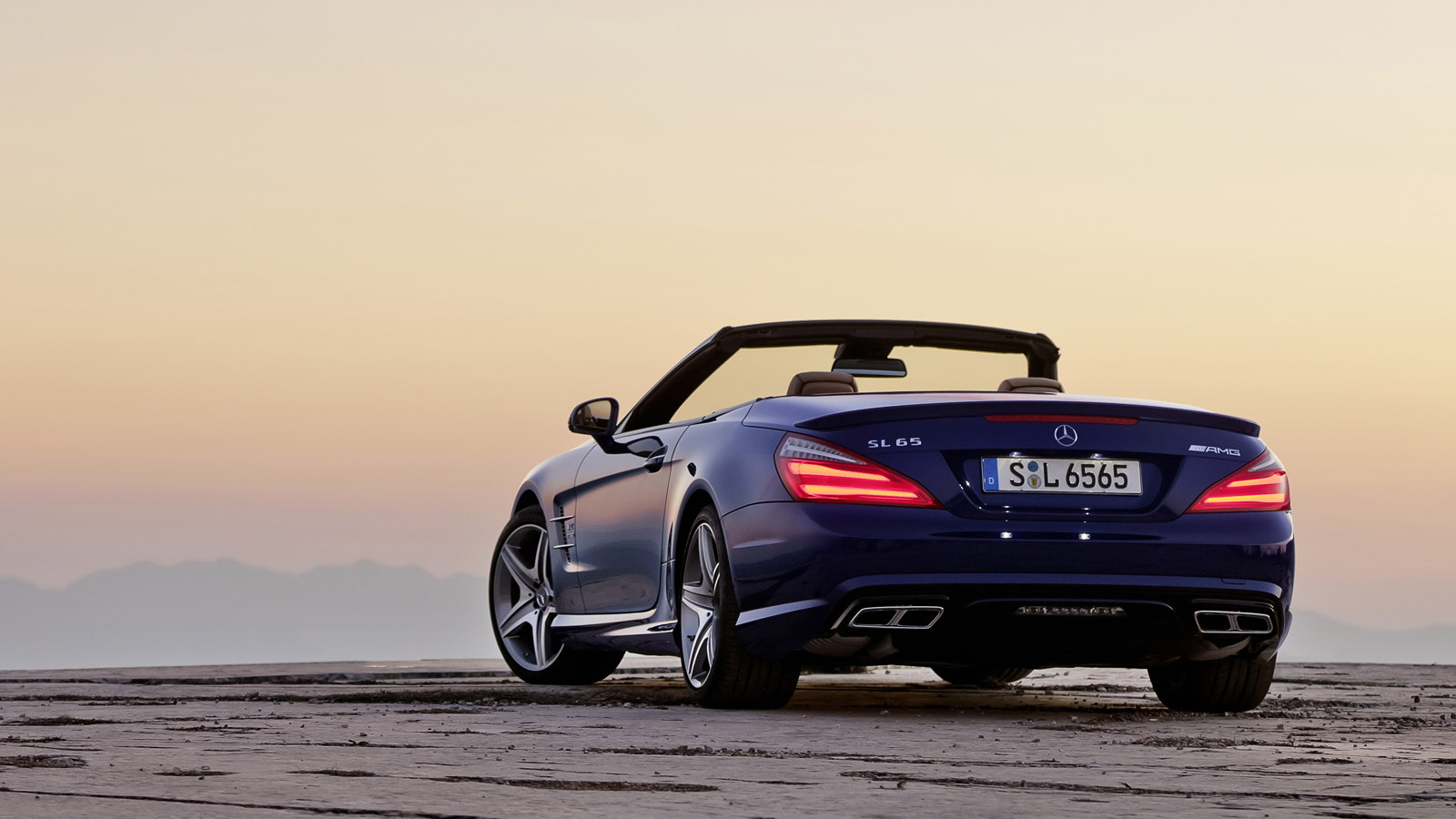 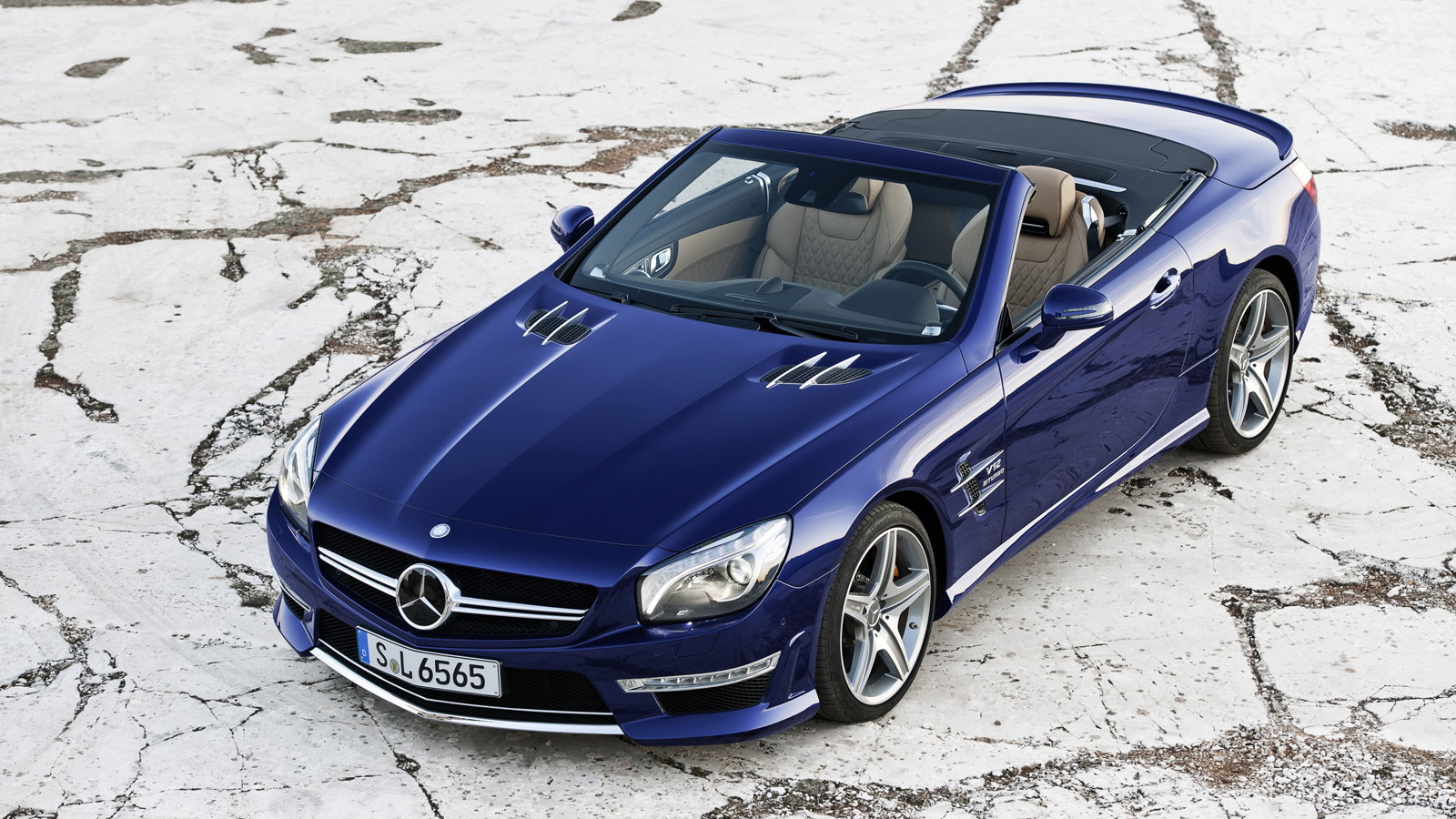 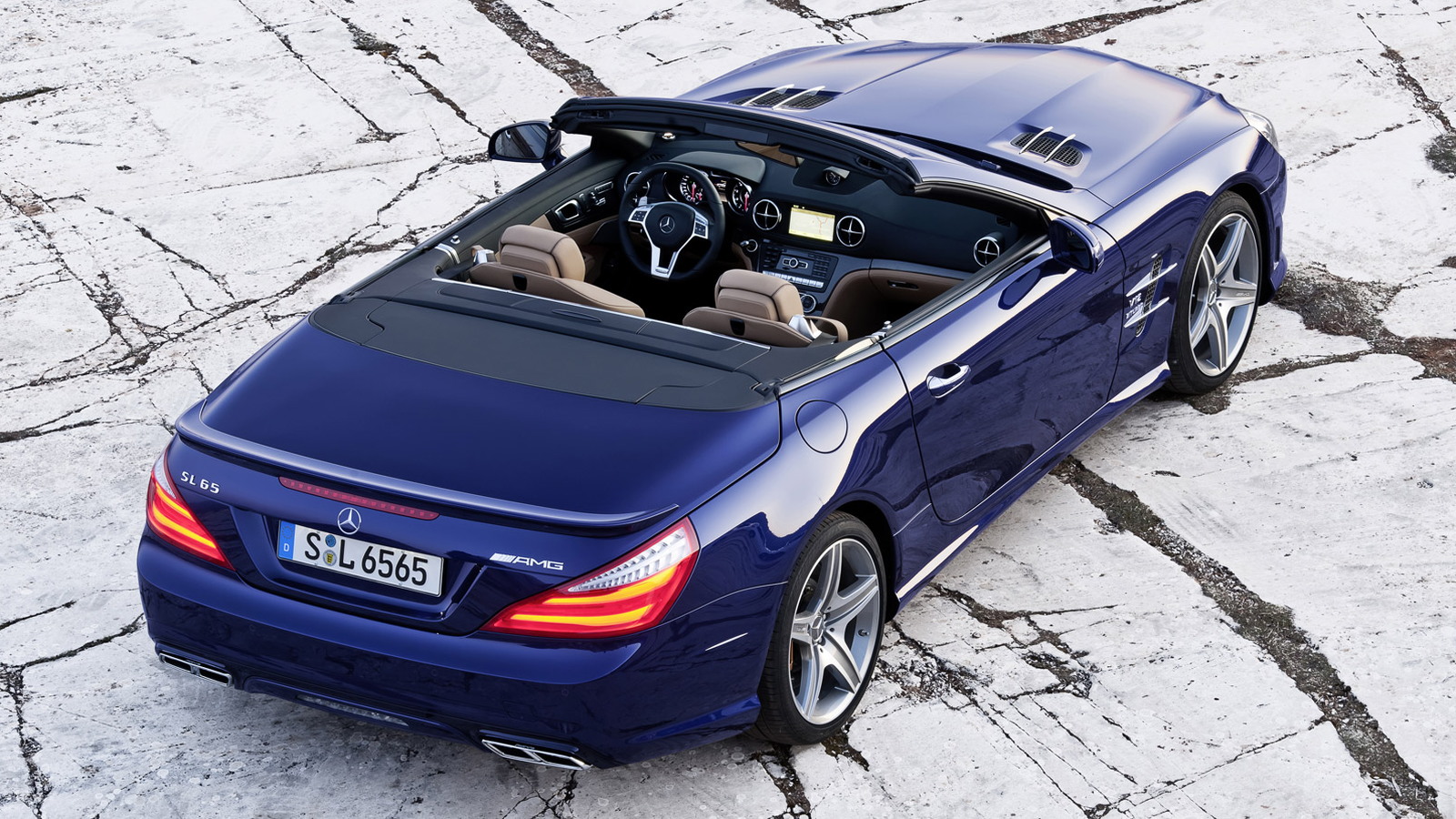 9
photos
Very few cars are a better fit for the phrase ‘an iron fist in a velvet glove’ than the Mercedes-Benz SL65 AMG, which roars back onto the market later this year after a brief and somewhat disquieting hiatus.

Yes, Mercedes' big hitter will arrive in showrooms this November after a world debut next month at the 2012 New York Auto Show.

And once on sale it will reclaim its position at the top of the 2013 SL Class lineup, which currently consists of the regular SL and SL63 AMG models.

The SL65 AMG's weapon of choice is still a force-fed V-12 engine, tuned to deliver in this latest iteration a heady 621 horsepower and 738 pound-feet of torque.

While those figures may not represent a monumental increase over the output of the previous model, thanks to several key refinements, namely the adoption of an all-aluminum body, the new car should deliver much better performance, refinement and overall fuel-efficiency.

Like the rest of the SL range, the all-aluminum body of the latest SL65 AMG has allowed engineers to shed some 254 pounds compared with the previous model. This not only has a direct impact on fuel consumption but acceleration, handling and braking are all improved as well.

On top of this, increased efficiency has been brought about by improvements to the drivetrain. These include the addition of AMG’s latest SPEEDSHIFT PLUS seven-speed automatic instead of the previous model’s outdated five-speed, plus a new twin-turbocharged 6.0-liter V-12 benefiting from stop-start systems, reduced friction and alternator management.

This latest V-12, the M279, is largely based on the previous model’s M275 V-12 but has received some major upgrades. New turbochargers with an enlarged spiral cross-section, new manifolds and wastegate channels optimized for airflow deliver the additional 17-horsepower bump in output.

A multi-spark ignition system with twelve twin ignition coils also makes for smoother running, and works together with a new, more powerful engine management and optimized cylinder heads to provide even more effective combustion. The outcome is fewer exhaust emissions, which is also in large part due to the optimized catalytic converter system.

While the exterior of the car doesn’t deviate significantly from the look of its SL and SL63 AMG siblings, the interior pretty much has all the bell and whistles included. The list of standard equipment is staggering, including items such as the PARKTRONIC parking assistant, Bang & Olufsen premium sound, carbon fiber trim, COMAND infotainment with 40 GB hard-drive and GPS navigation, MAGIC VISION CONTROL roof and automatic pop-up rollover protection for driver and passenger.

Some of the options worth mentioning include a carbon ceramic brake package, some carbon fiber aero mods and an AMG media package. There’s also a unique color palette with several options available through Mercedes’ special designo label. These include the matte paint finishes designo Magno Cashmere White and designo Magno Alanite Grey and the metallic paints designo Mocha Black and designo Graphite.

While first sales of the 2013 Mercedes-Benz SL65 AMG don't start until November, the regular SL550 model goes on sale in May and the slightly tamer SL63 AMG hits showrooms this July. The only thing left to ponder now...is Mercedes insane enough to build another SL65 AMG Black Series?