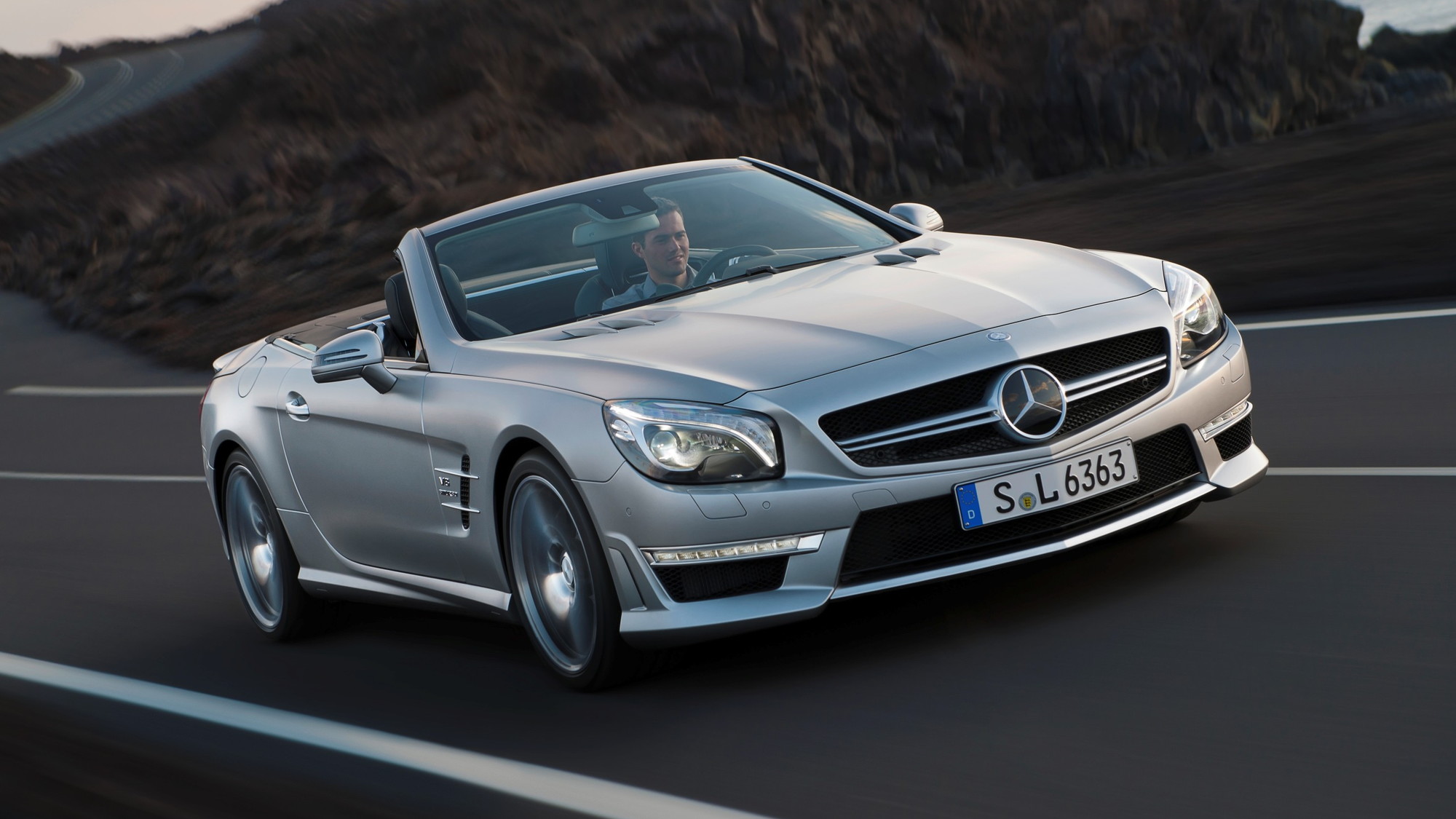 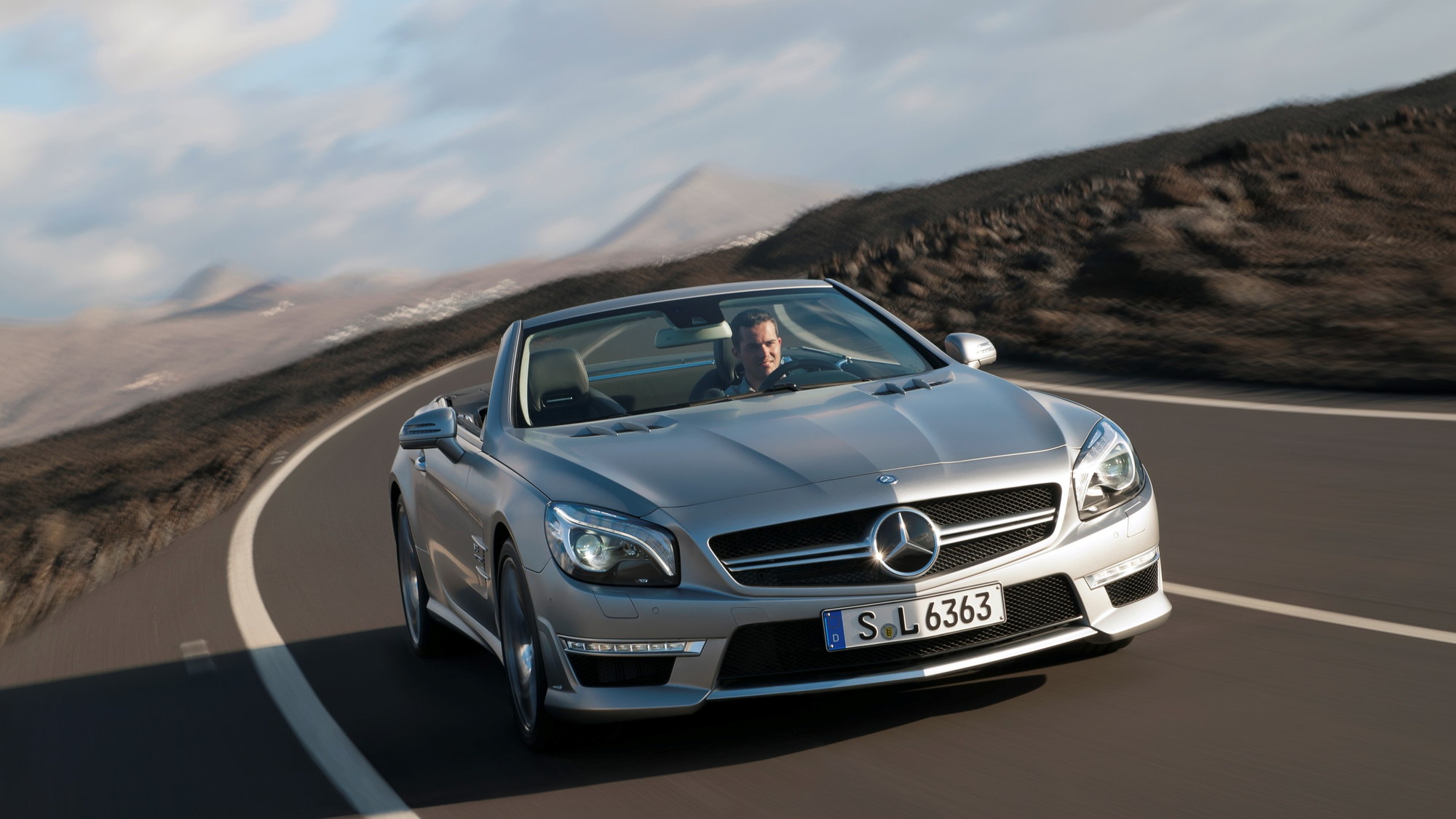 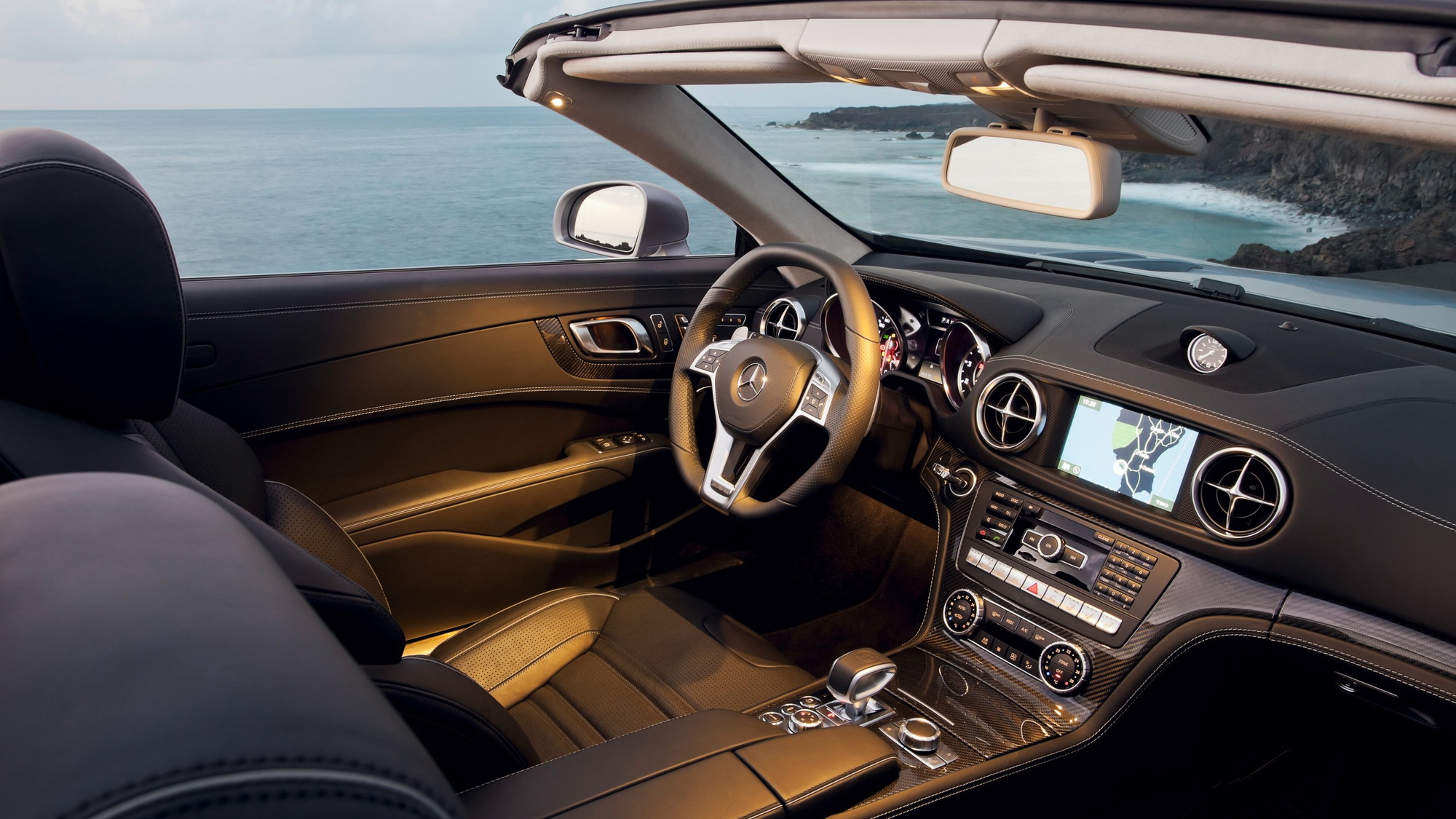 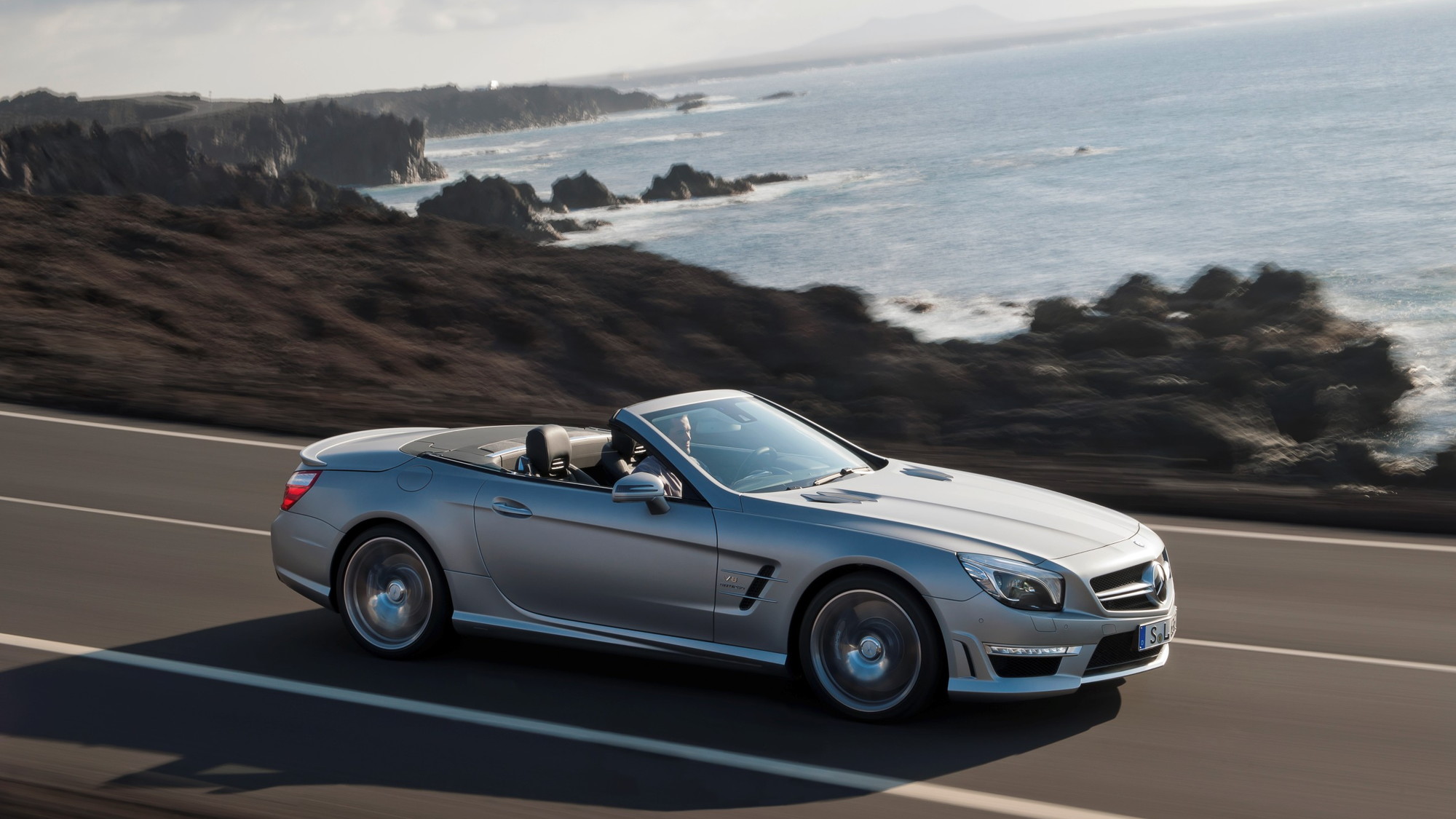 11
photos
With less weight, more power, and an advanced multi-clutch transmission onboard, there’s a lot to love about the new 2013 Mercedes-Benz SL63 AMG, which has been revealed today in full ahead of its official world debut next month at the 2012 Geneva Motor Show.

Who are we kidding? The fact that the car is wearing an AMG badge is reason enough to love it, but a long list of features, not to mention supercar-like performance, all add up to make the latest SL63 AMG one impressive package.

One of the major issues that plagued the last generation was weight, which saw the two-seat convertible weigh in about the same as some full-size SUVs.

This new model, which benefits from the same lightweight aluminum construction underpinning the regular 2013 SL Class on which it’s based, weighs in at 4,059 pounds. Yes, it’s still heavy for a two-seater but it's now a considerable 275 pounds lighter than the model it replaces.

This translates to improved performance across the board, including faster acceleration, shorter stopping distances, better handling, and increased mileage.

At its heart is AMG’s now-familiar M157 twin-turbocharged 5.5-liter V-8, which allows the SL63 AMG to offer for the first time two different power outputs. Normally, the engine delivers 530 horsepower and 590 pound-feet of torque. With the optional AMG Performance Package, however, these figures rise to 557 horsepower and 664 pound-feet respectively.

According to Mercedes, fuel economy is estimated at 23.8 mpg combined.

Sending drive to the rear wheels is AMG’s advanced MCT seven-speed automatic transmission. The unit features an innovative start-up clutch, which runs in an oil bath and replaces a conventional torque converter. Thanks to its low rotational mass, the start-up clutch helps the transmission respond instantaneously and dynamically with no slip.

In terms of handling and dynamics, the 2013 SL63 AMG gets an enhanced version of the AMG sports suspension that’s based on the Mercedes-Benz active damping setup. Here, the driver can choose between two different modes, in this case “Sport” and “Comfort”.

AMG engineers have also installed a speed-sensitive steering setup, which benefits from a faster, constant ratio and variable power assistance that adjust automatically to the suspension settings. Once again the driver has the choice of varying drive modes, with the “SPORT Handling” being the most extreme. Note, to further refine things AMG offers as an option a rear axle differential lock and performance suspension.

Stopping power comes from 15.3-inch compound discs with six-piston fixed calipers at the front and 14.2-inch integral discs with single-piston floating calipers at the rear. Carbon ceramic brakes and red-painted calipers are available as an option. These brakes reside in 19-inch light alloy wheels shod with 255/35 tires up front and 285/30 rubber in the rear. A 20-inch set with the same tire dimensions is also available.

The interior is pretty much what we saw in the new SL Class, though with a few unique AMG elements such the Nappa leather AMG sports seats, AMG DRIVE UNIT for selecting all the varying performance modes of the transmission, AMG badges, and an AMG instrument cluster.

The exterior would be the only quibble we have so far as it appears too similar to the standard SL. The changes include a new bodykit, AMG-specific LED daytime running lights, a custom sports exhaust system and an integrated rear diffuser.

Stay tuned for the 2013 Mercedes-Benz SL63 AMG’s debut at the Geneva Motor Show in just a few weeks and look out for the car in showrooms in the coming months.