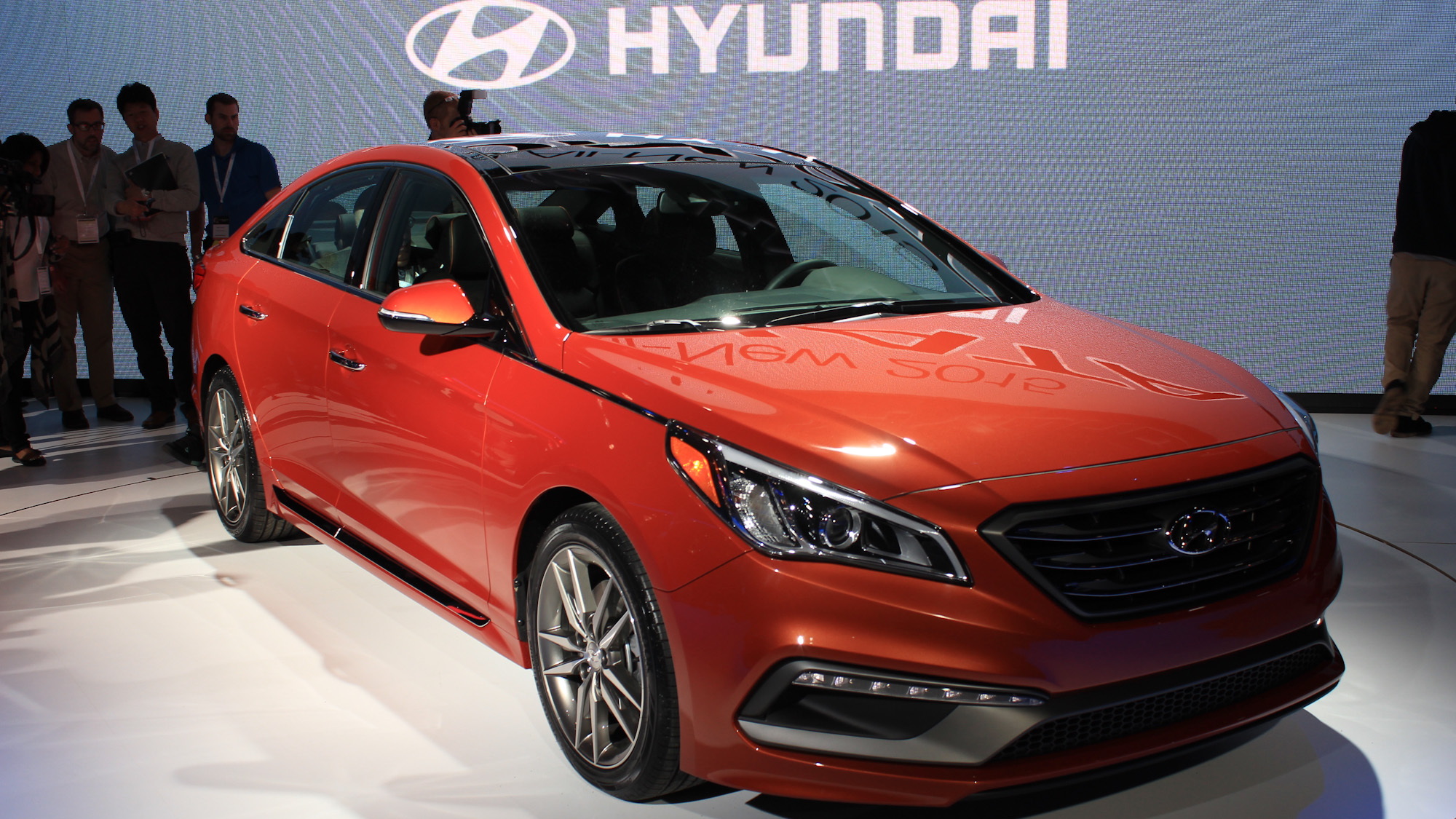 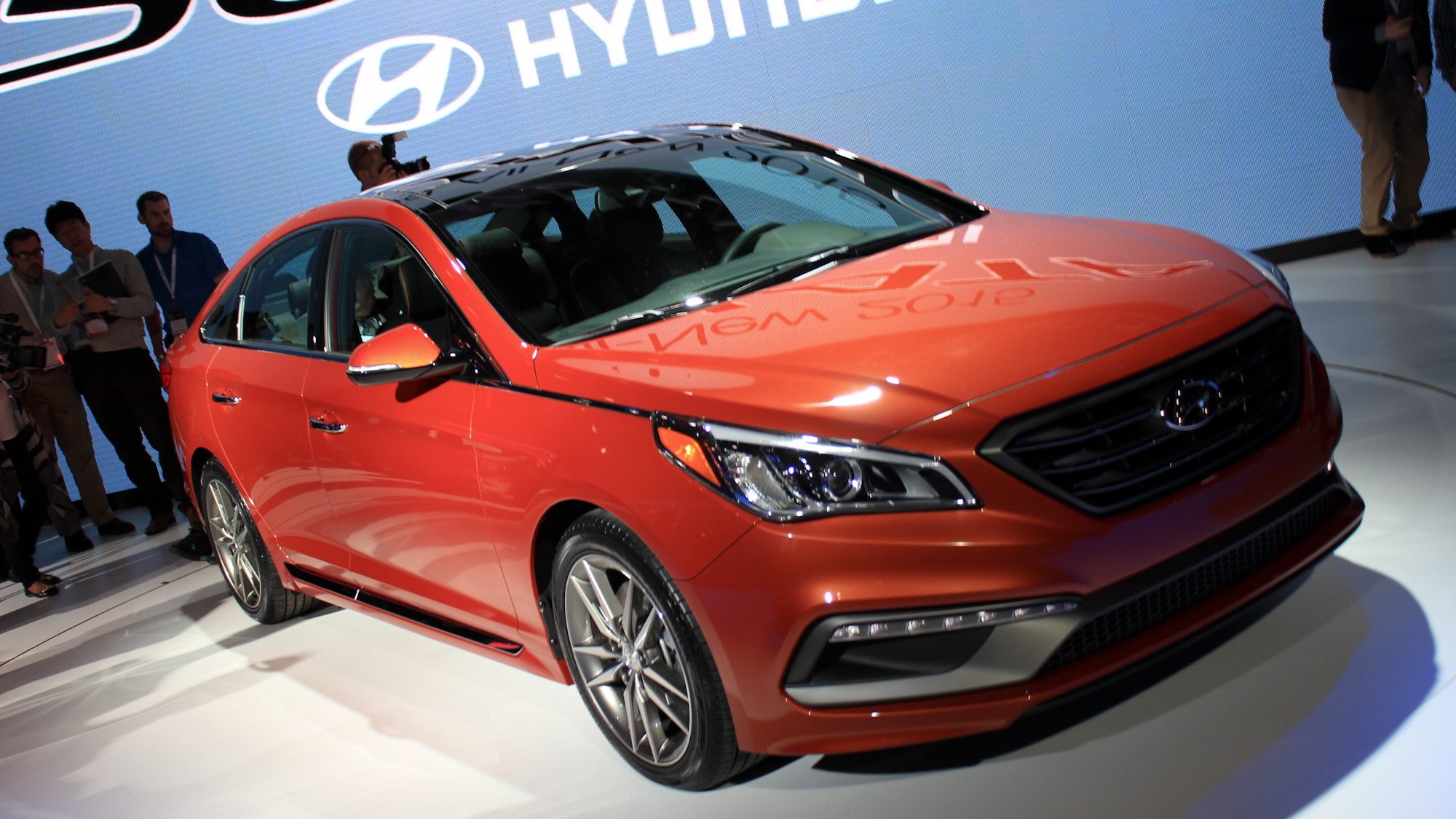 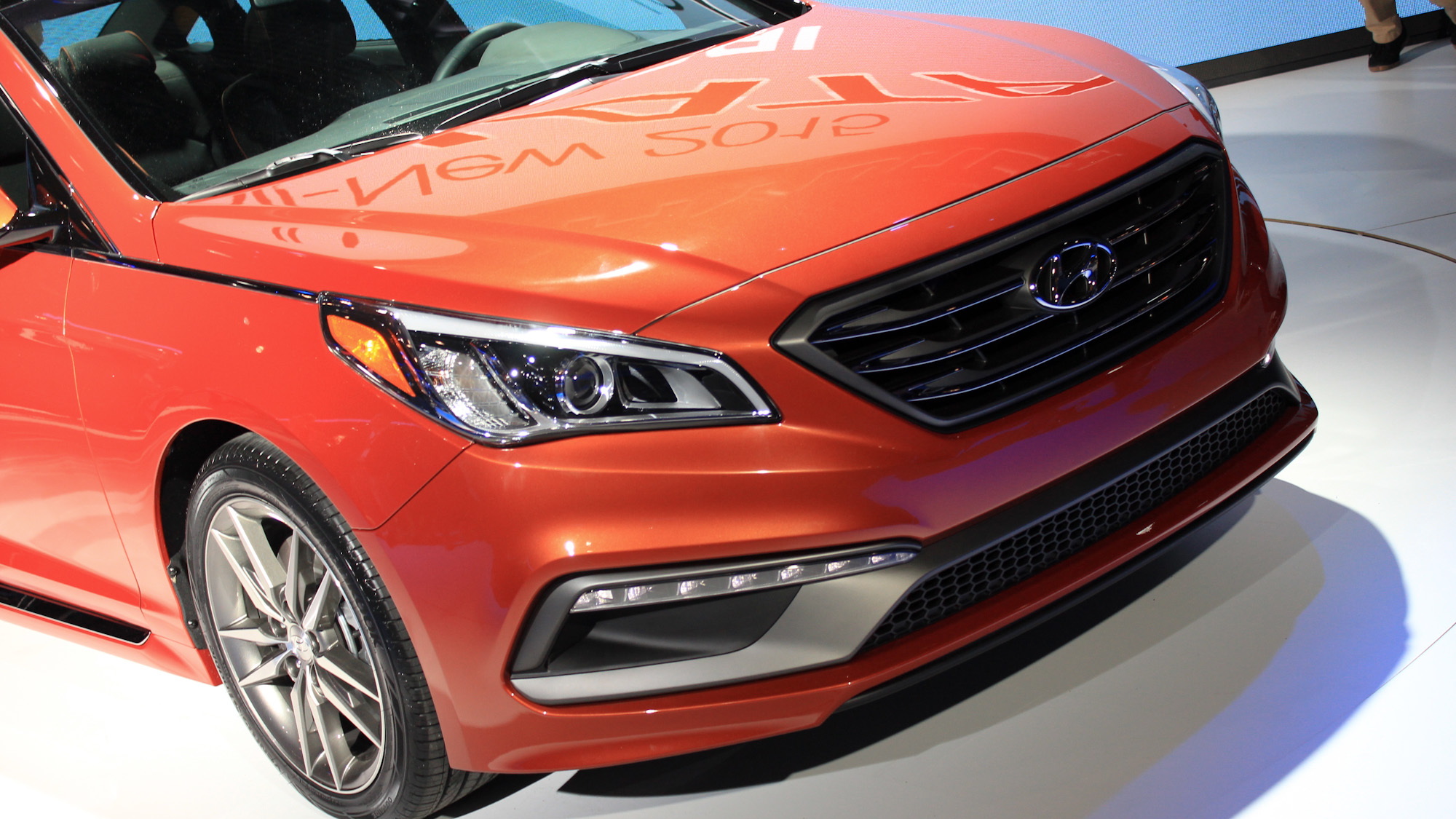 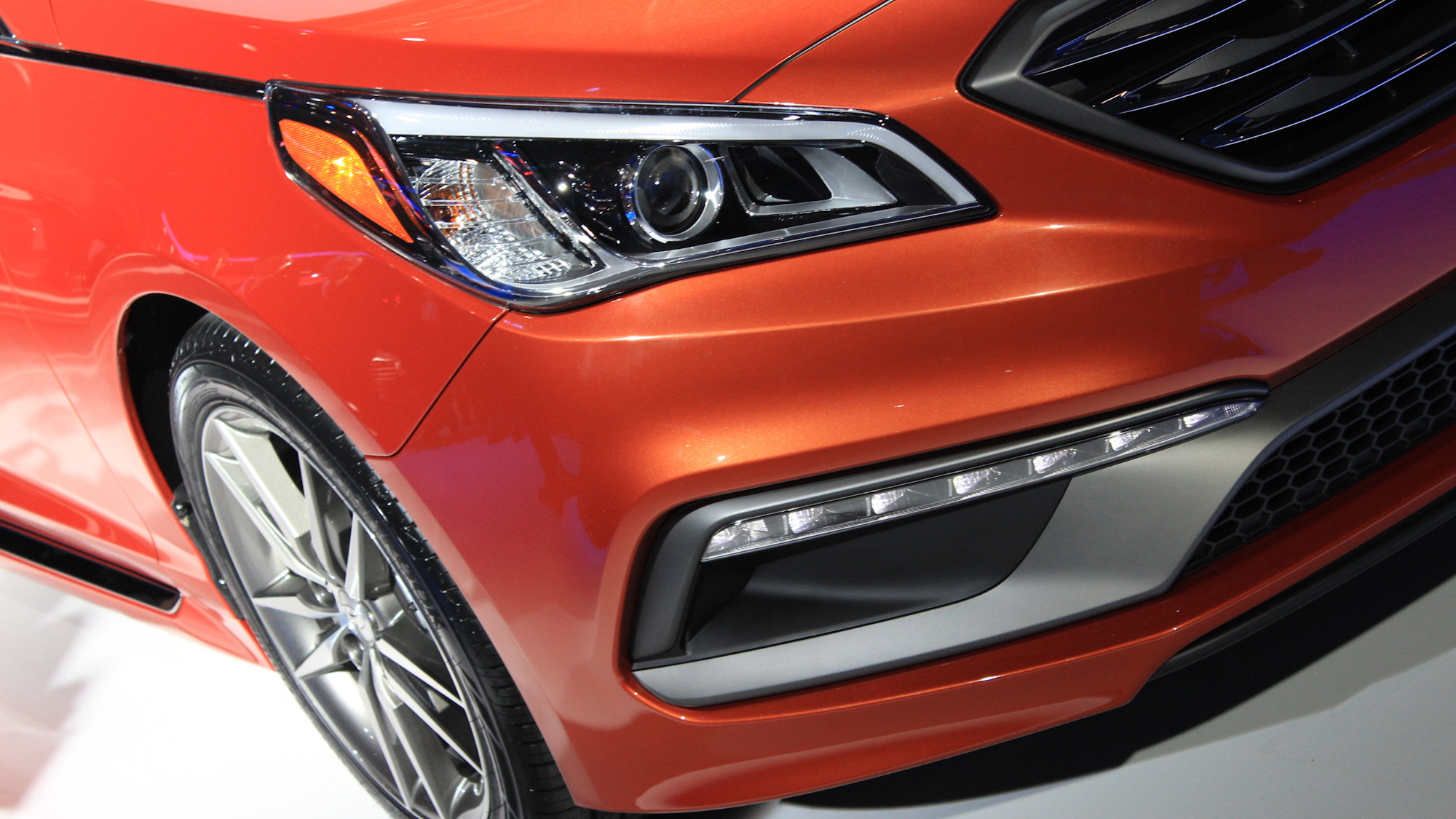 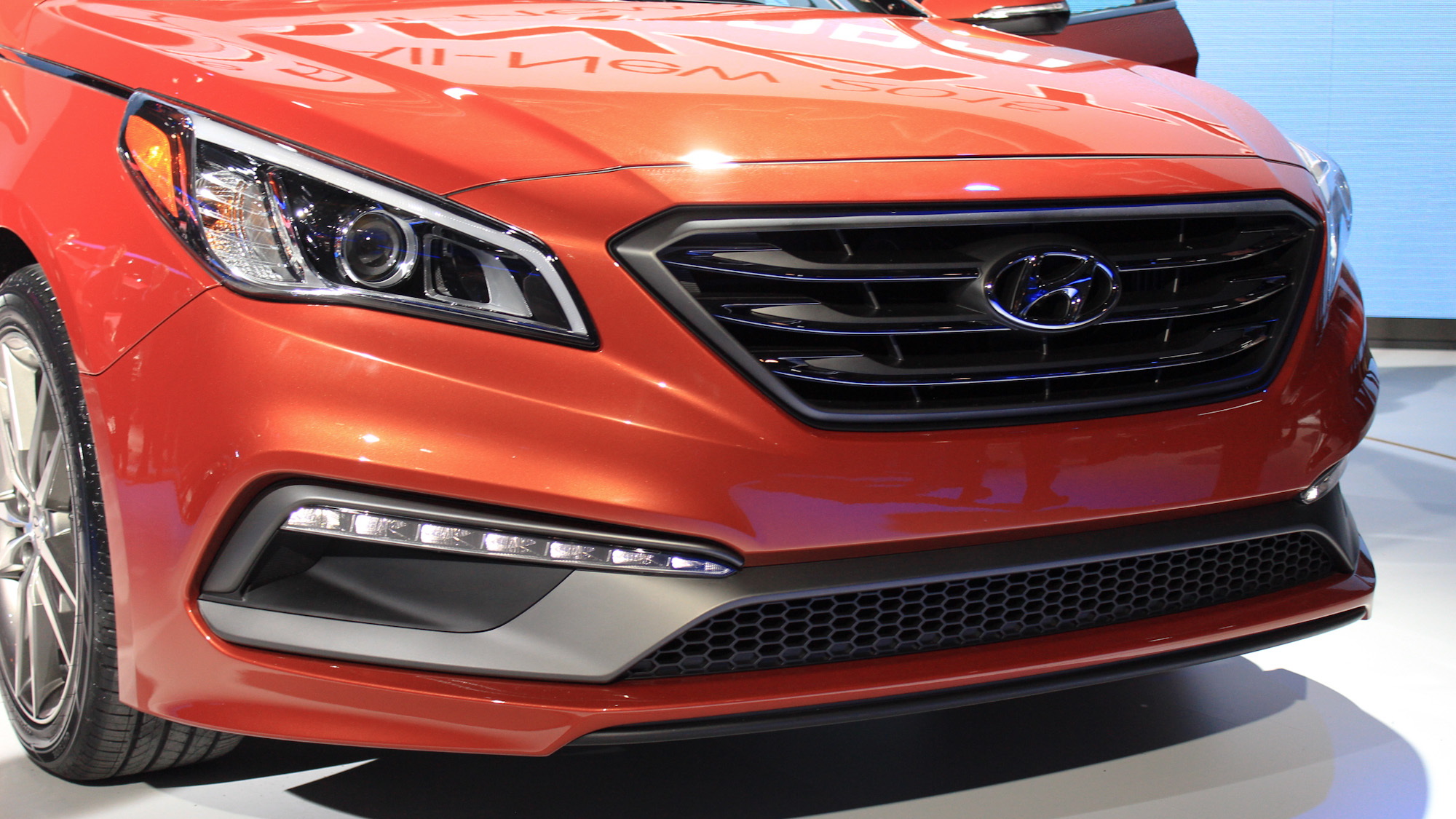 The redesigned 2015 Hyundai Sonata was revealed initially in its home market of Korea, but now it's made its world debut at the 2014 New York Auto Show.

As we previously reported, Hyundai is adopting a more aggressive rollout program for its Sonata and will start sales of this new model this fall, giving the previous car a shelf life of less than five years. The move should help the Sonata claw back some market share in a segment that remains dominated by the Toyota Camry but has seen impressive new arrivals such as the latest-generation Chrysler 200, Ford Fusion and Honda Accord.

MUST SEE: LIT Motors C1: The Car-Like Motorcycle That Can't Fall Down

The 2015 Sonata features a more sophisticated look, which was achieved by adopting the automaker’s new Fluidic Sculpture 2.0 design language first seen on the 2015 Genesis. The car is also 35 millimeters longer and 30 millimeters wider than the one it replaces, which also gives it a more imposing look and stance. Hyundai says this has also helped increased interior space.

Underpinning the car is a modified version of the front-wheel-drive platform of the previous Sonata. The suspension has been tuned for a sportier drive (testing even took place at Germany’s Nürburgring) and structural rigidity improved. Torsional strength is up 41 percent. New technologies lifted from the 2015 Genesis include blind spot detection, lane departure warning and active cruise control. The automaker’s next-gen Blue Link infotainment system has also been designed to work in the Sonata.

No changes have been made to the powertrain lineup, which means the base unit in the 2015 Sonata is a 2.4-liter mill. This is followed by a 2.0-liter turbo. Both are matched to a six-speed automatic. Although the powertrains remain the same, they have been tweaked for improved performance in low-RPM situations.