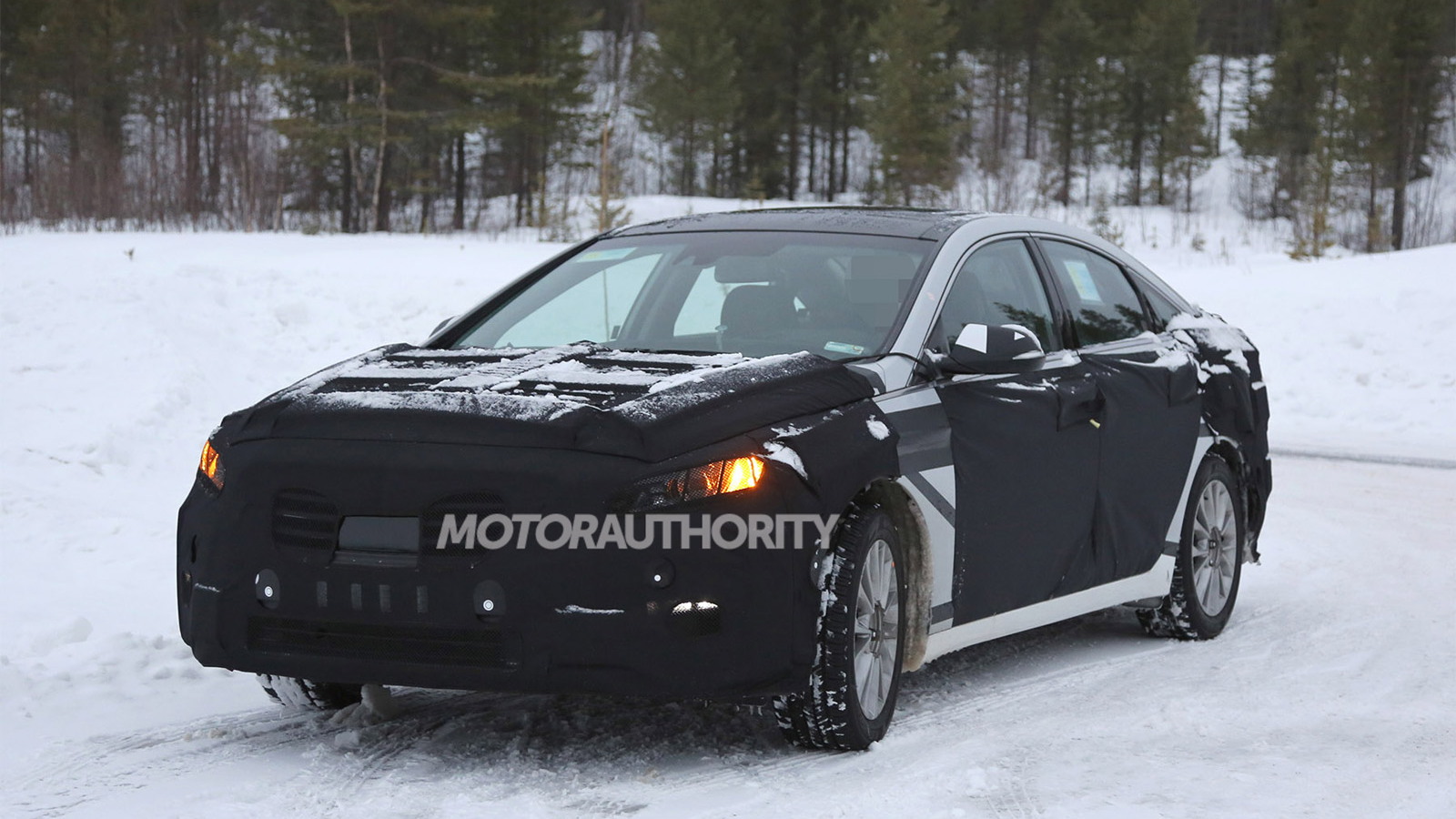 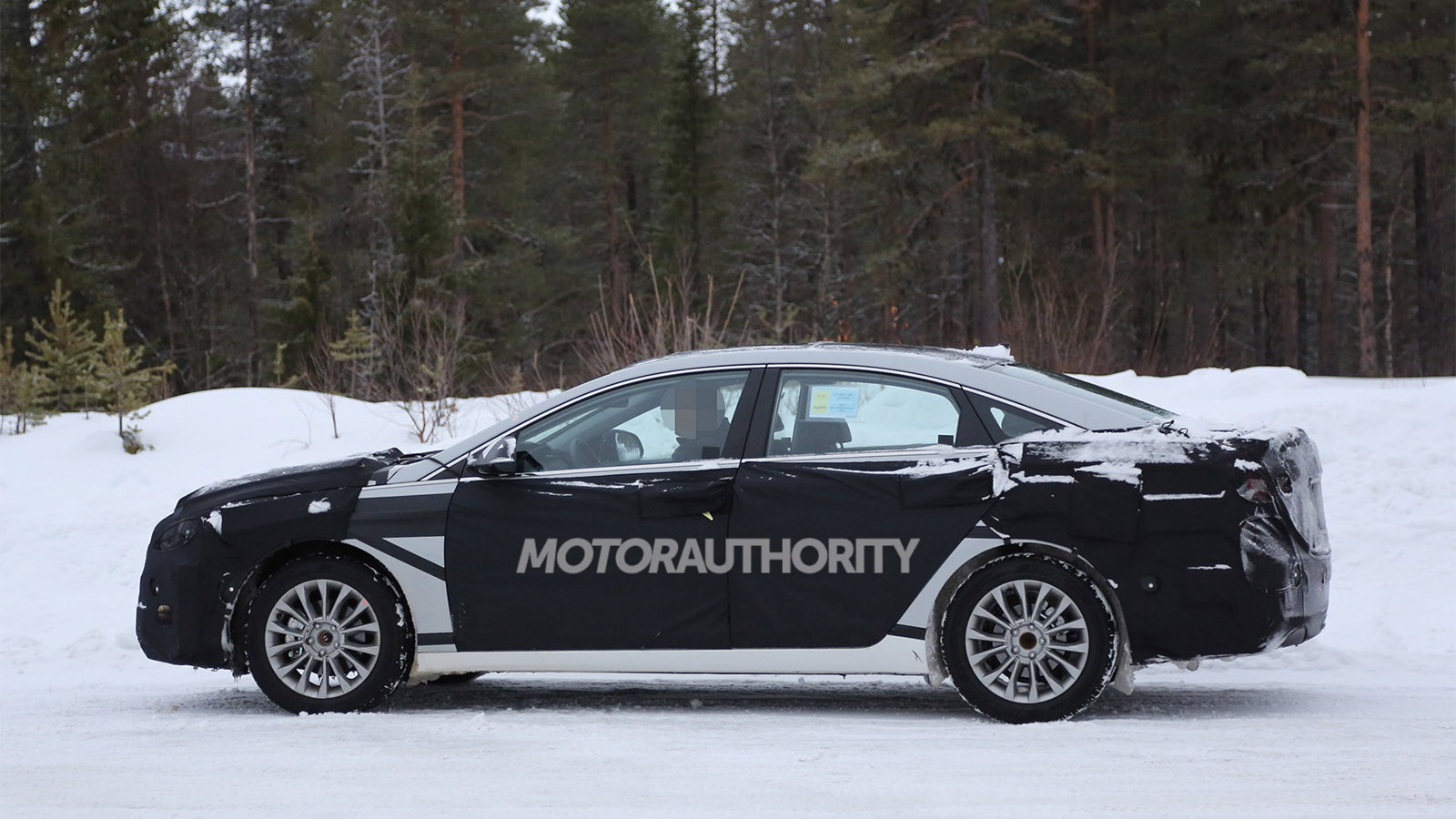 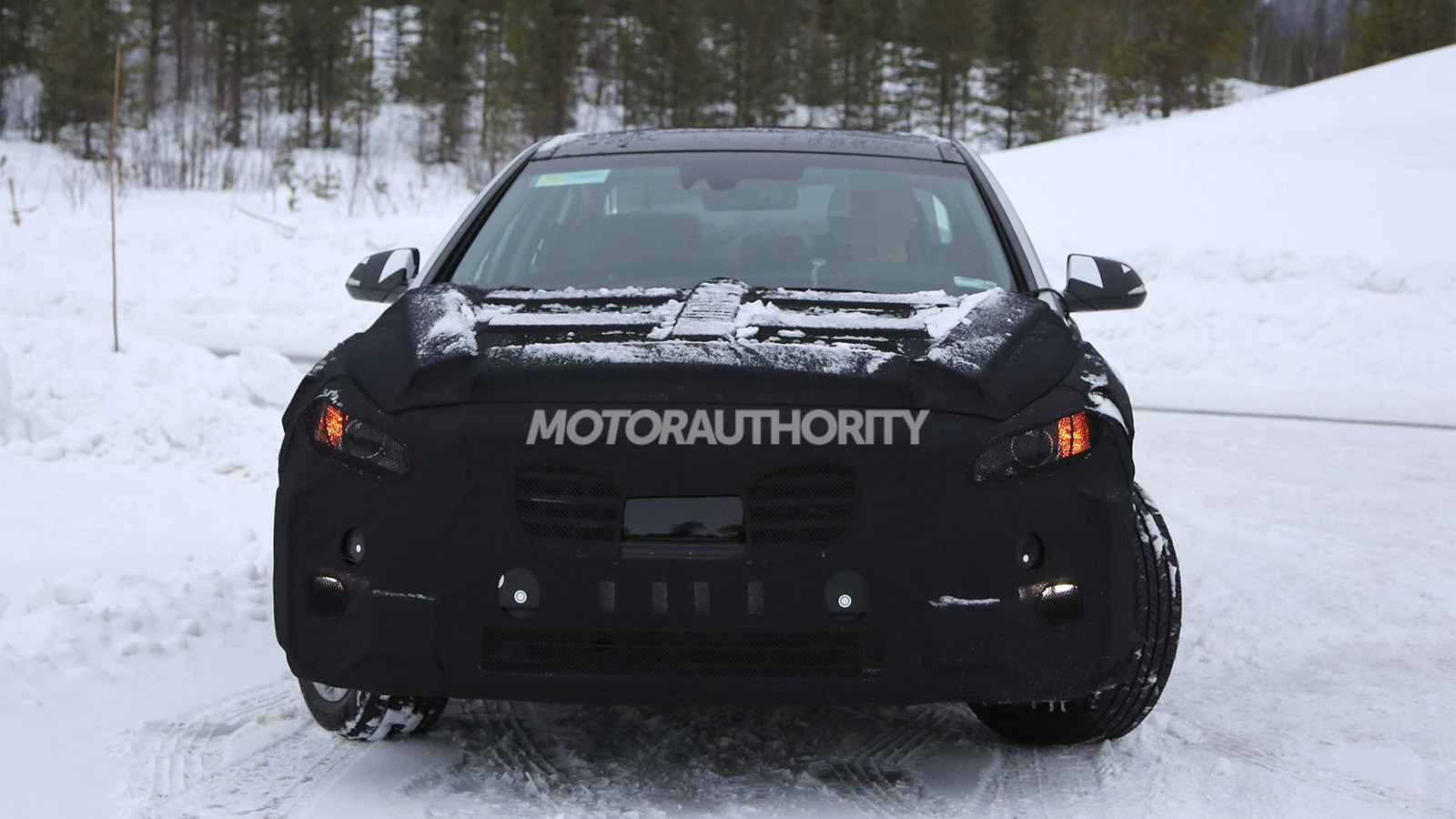 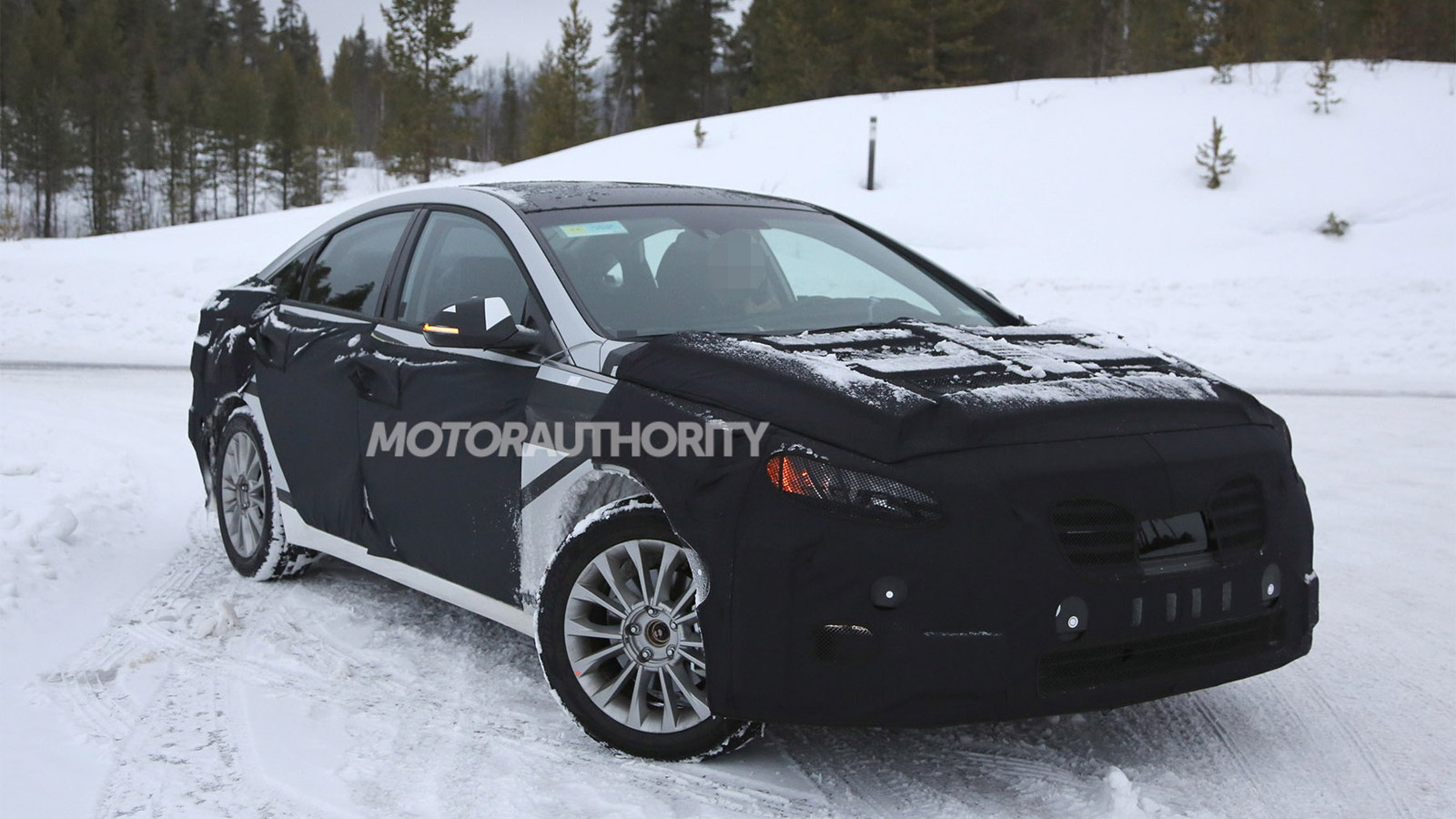 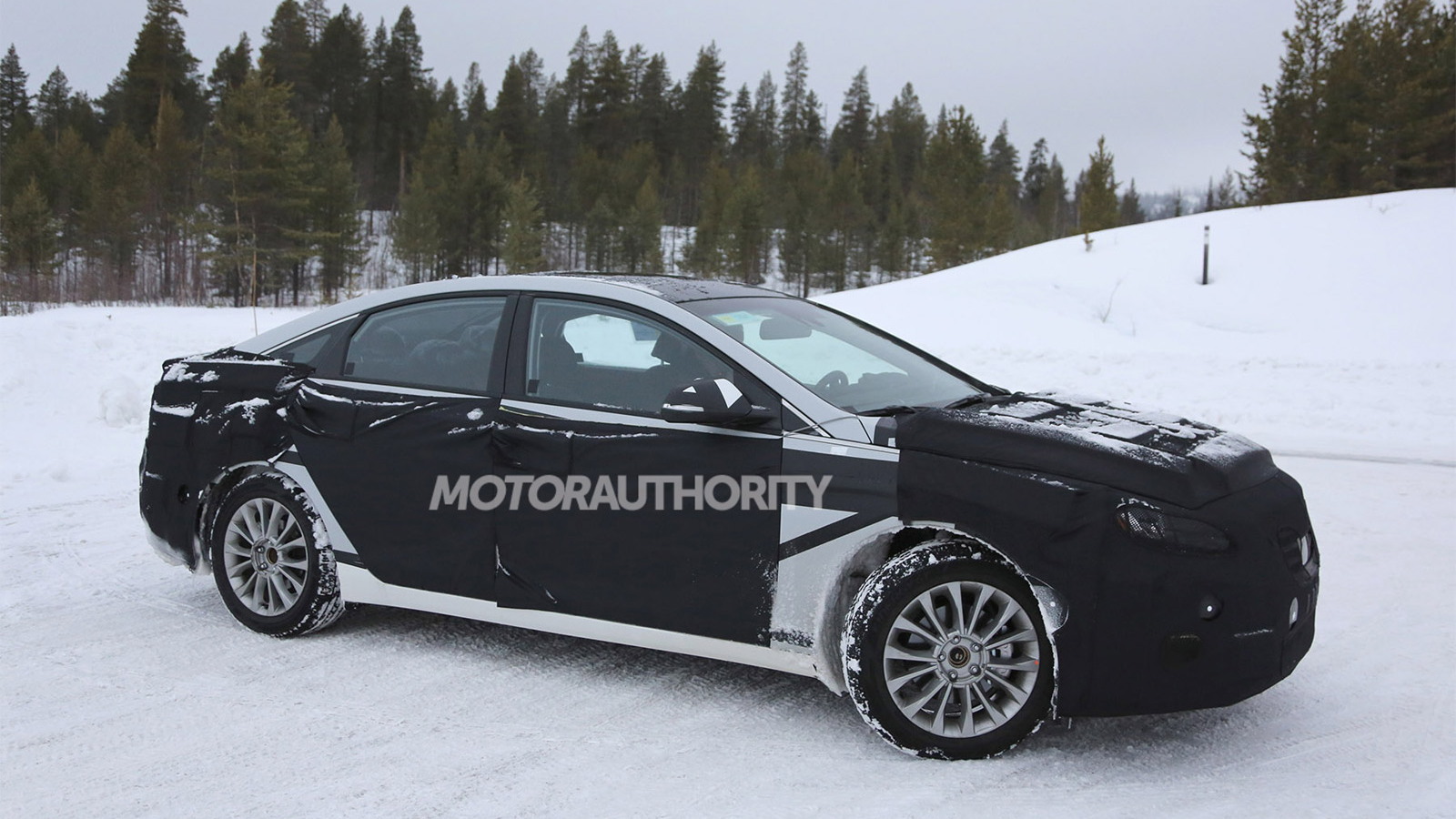 34
photos
Hyundai is adopting a more aggressive rollout program for its Sonata and will introduce a brand new version later this year, giving the current model a shelf life of less than five years. These are the latest spy shots of a prototype for the new Sonata, which we expect in showrooms this fall, as a 2015 model.

The car has already completed extensive testing in the U.S., as well as at the Nürburgring race track in Germany. Now it's undergoing cold weather testing near the Arctic Circle.

Though the 2015 Sonata is still heavily camouflaged, we can make out the shape of the new grille and see elements from its lights. It’s clear Hyundai is adopting a more mature look that borrows elements from the automaker’s more upmarket Equus and Genesis sedans, the latter of which has just been redesigned for 2015.

Premium touches include LED elements in the lights and dual-tip exhaust pipes finished in chrome. Inside, look for soft-touch materials and a large LCD situated atop the center stack. No doubt the automaker is keen to claw back sales taken up by latest versions of the Ford Fusion and Toyota Camry.