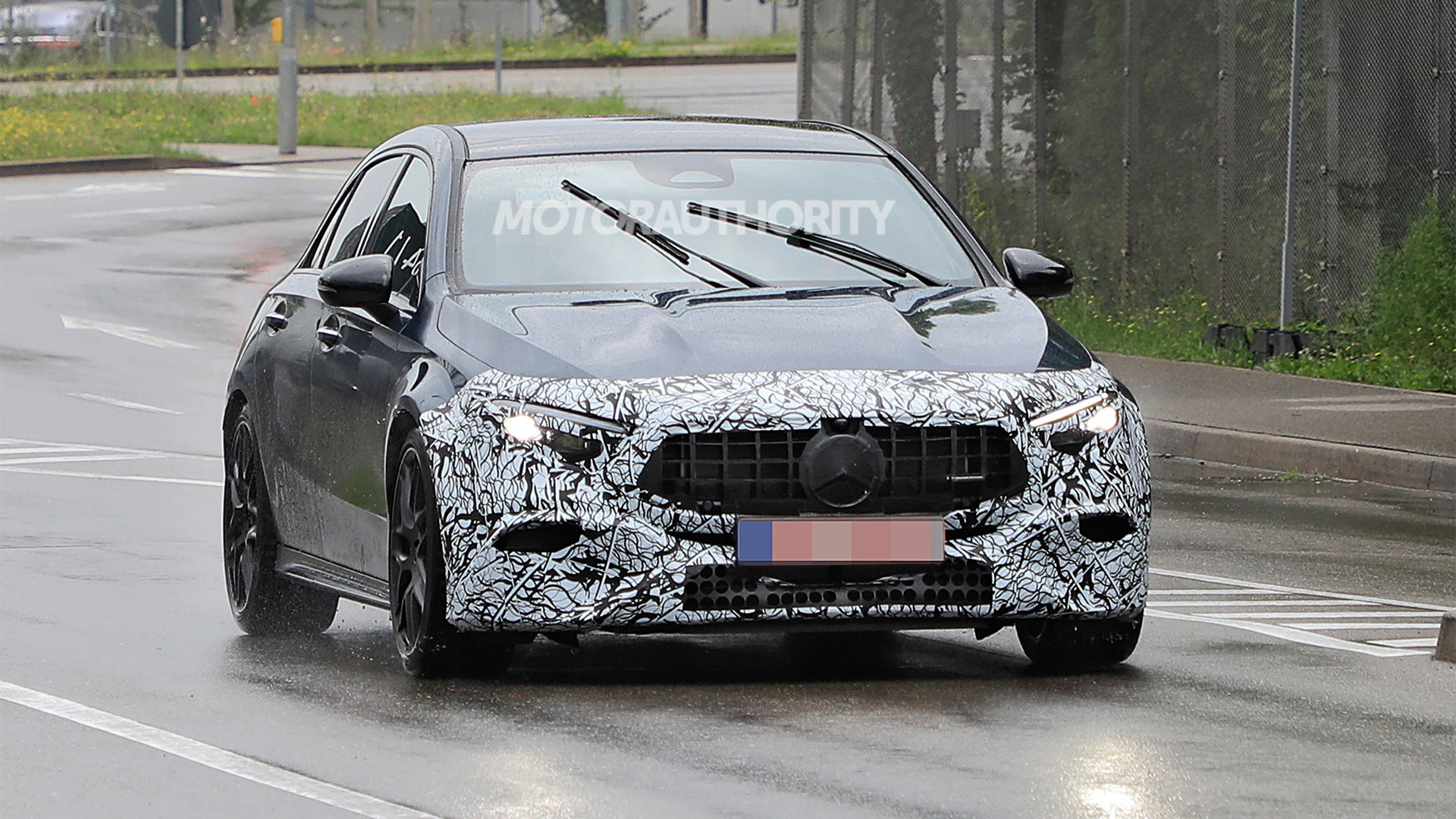 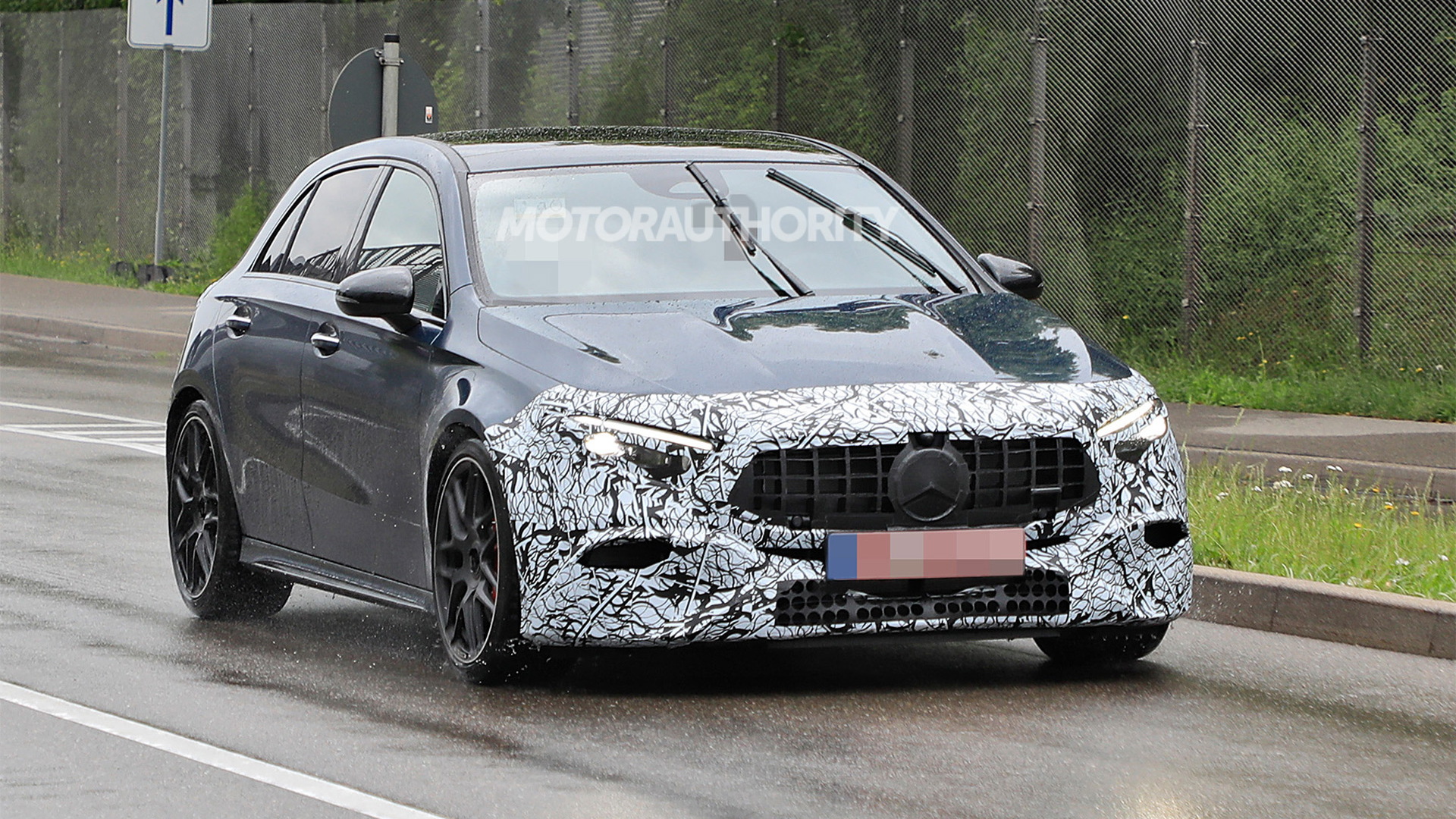 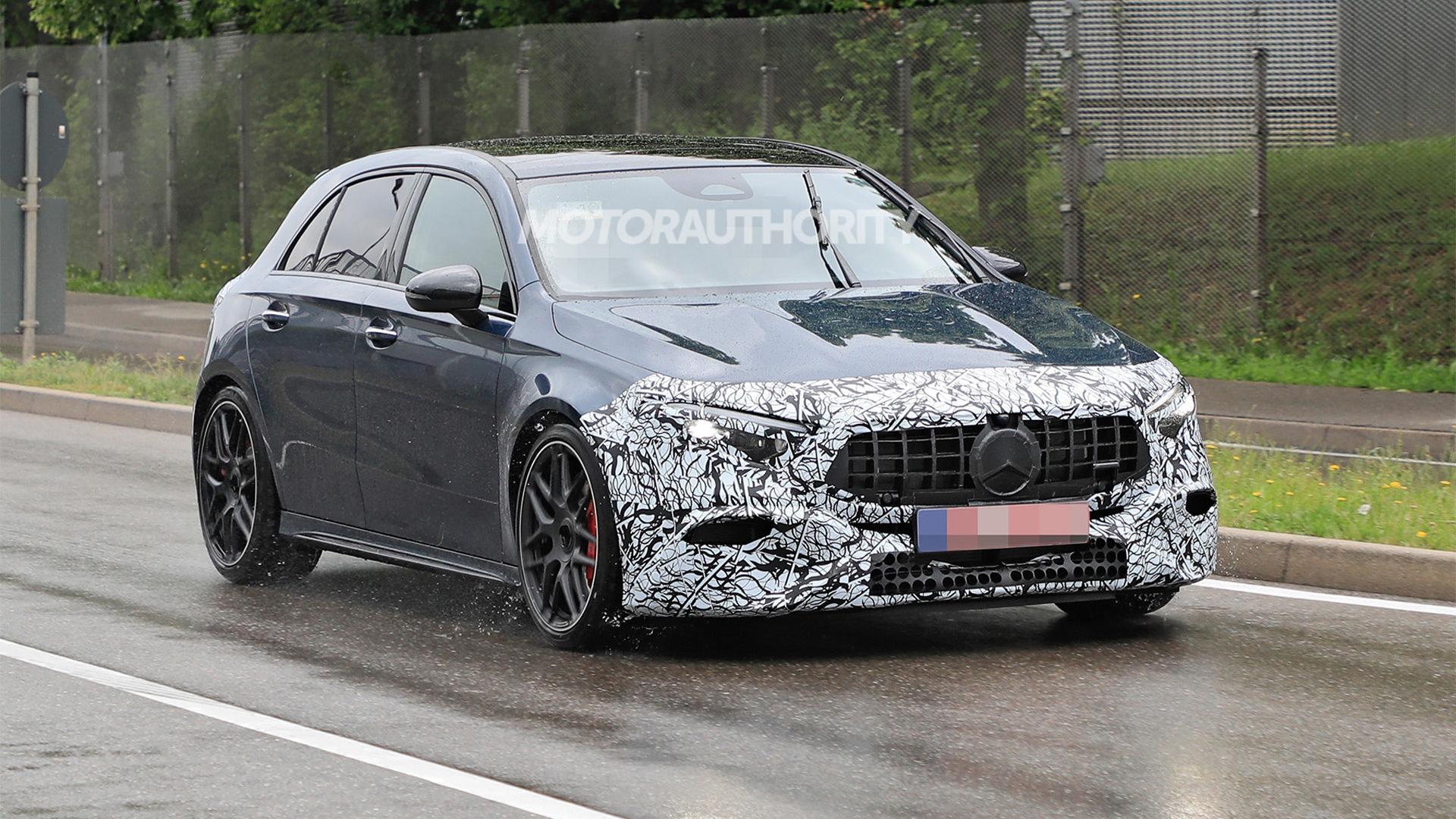 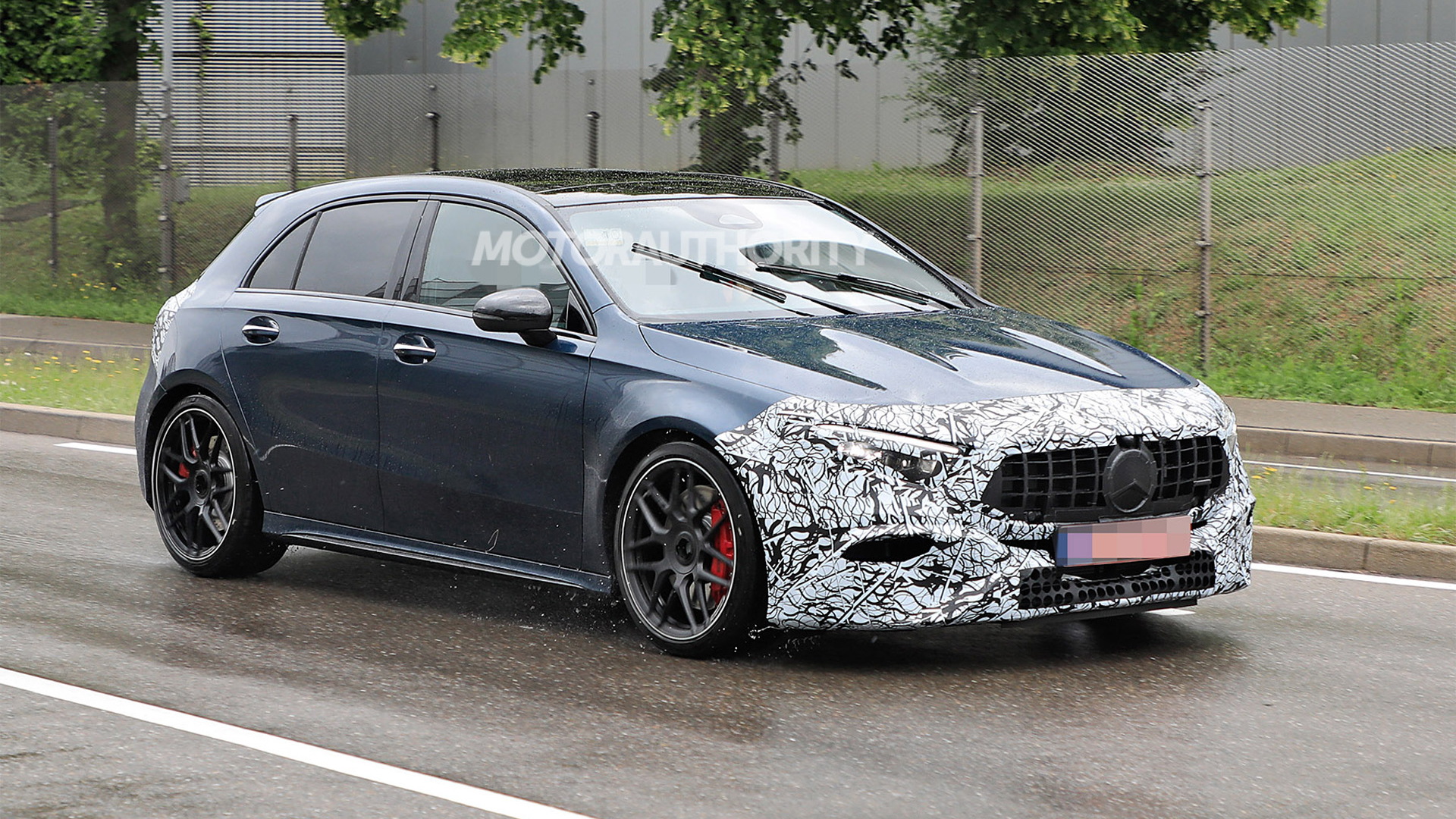 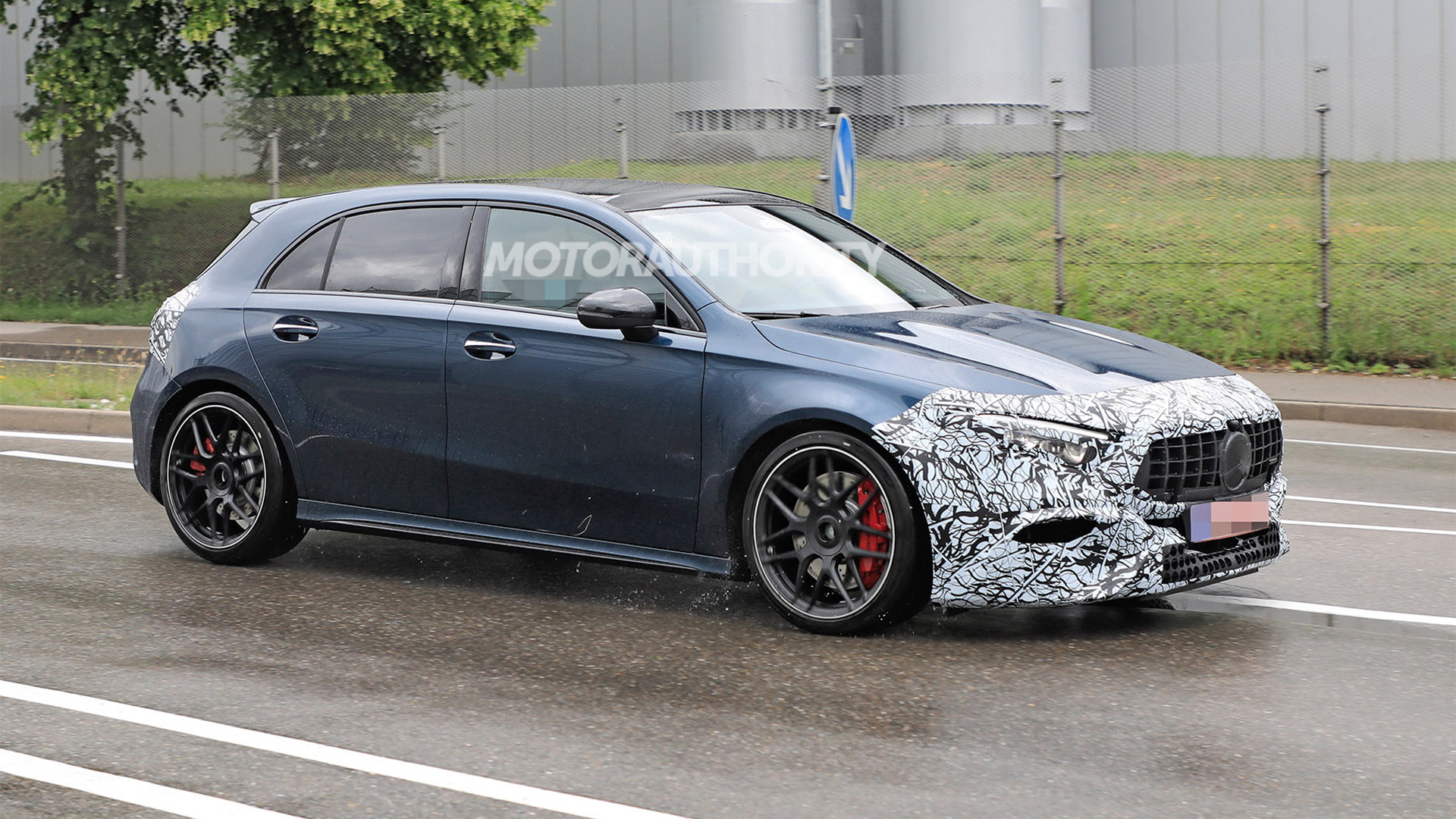 Engineers from Mercedes-Benz AMG have been spotted testing an updated version of the A45 Hatchback.

No versions of Mercedes-Benz's A-Class Hatchback are sold in the United States but some of the changes you see here are likely to filter across to the related CLA45 sold locally, and possibly even the A35 sedan we also get here.

Likewise, changes destined for an updated version of the regular A-Class Hatchback also out testing in prototype form will likely flow on to the related A-Class sedan, CLA-Class and GLA-Class models.

Looking at our spy shots of the updated A45 Hatchback, we can spot new internals for the lights at both ends, as well as a revised grille and lower front fascia.

It isn't clear what AMG has planned for the powertrain, but extra power to deal with new versions of the Audi RS 3 and BMW M2 in the pipeline may be a possibility. The A45 is currently powered by a 2.0-liter turbocharged inline-4 rated at 382 hp in standard guise and 416 hp in S guise, but AMG in March revealed a version of this engine with an electrified turbocharger spitting out 442 hp.

The electrified turbo means a bigger compressor can be used, which results in more power, without worry of usual turbo lag tradeoff. It uses an electric motor to quickly spool up the compressor at low revs so that charged air, also known as boost, is always on tap. The same technology is used in Formula One.

Considering the current A45 in S guise will sprint to 60 mph in under 4.0 seconds and reach speeds approaching 170 mph, a more powerful version should give dedicated sports cars a scare.

The rest of the A45 Hatchback package should remain the same, meaning a standard 8-speed dual-clutch transmission and rear-biased all-wheel drive. The all-wheel-drive system not only splits torque between the front and rear axles but also between the rear wheels thanks to a rear diff with two multi-plate clutches. This has allowed the AMG engineers to craft a Drift mode designed to make sideways action more controlled.

Look for the updated A-Class range, including this A45 Hatchback, to debut in 2022. The cars should arrive as 2023 models.