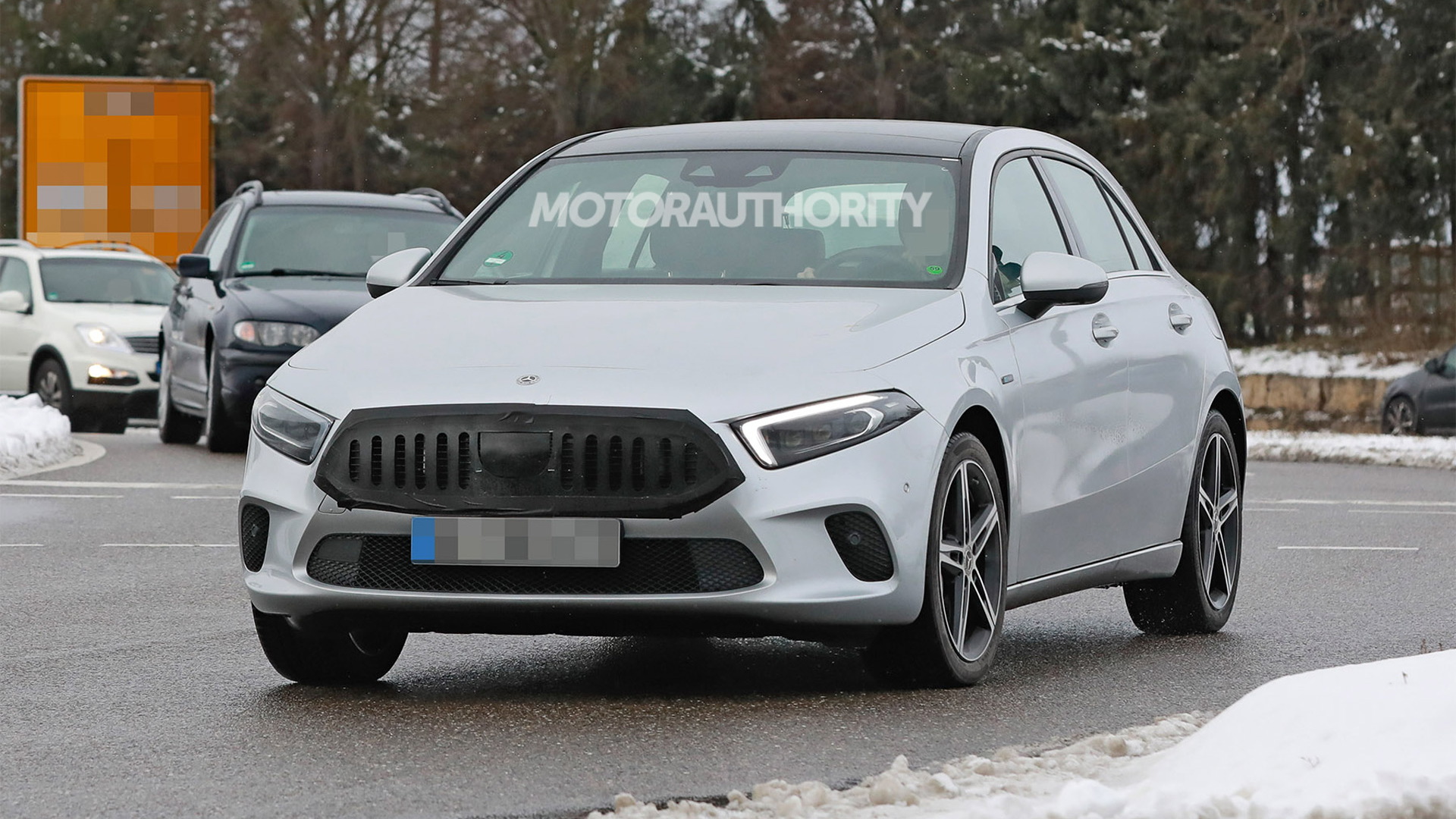 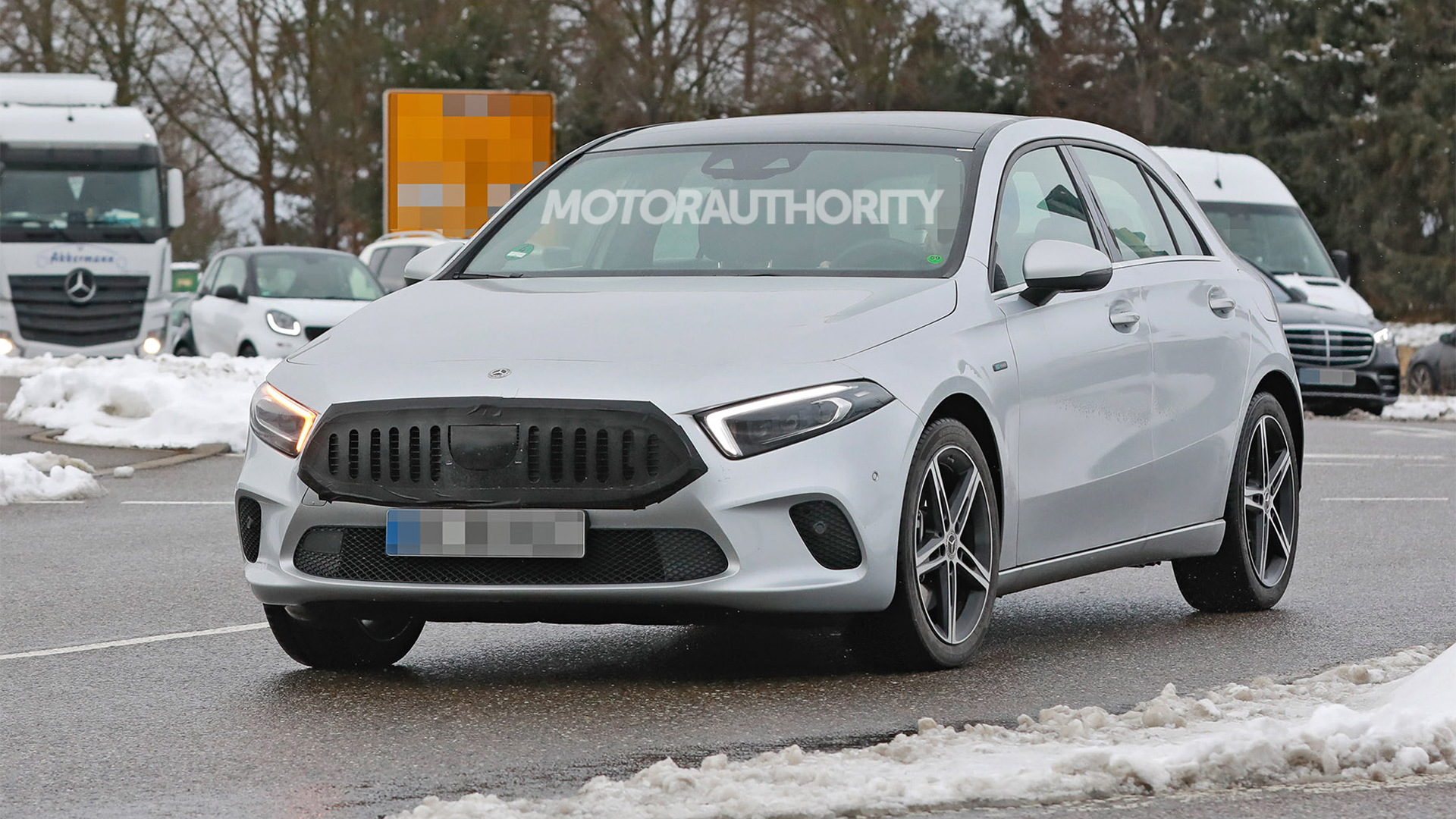 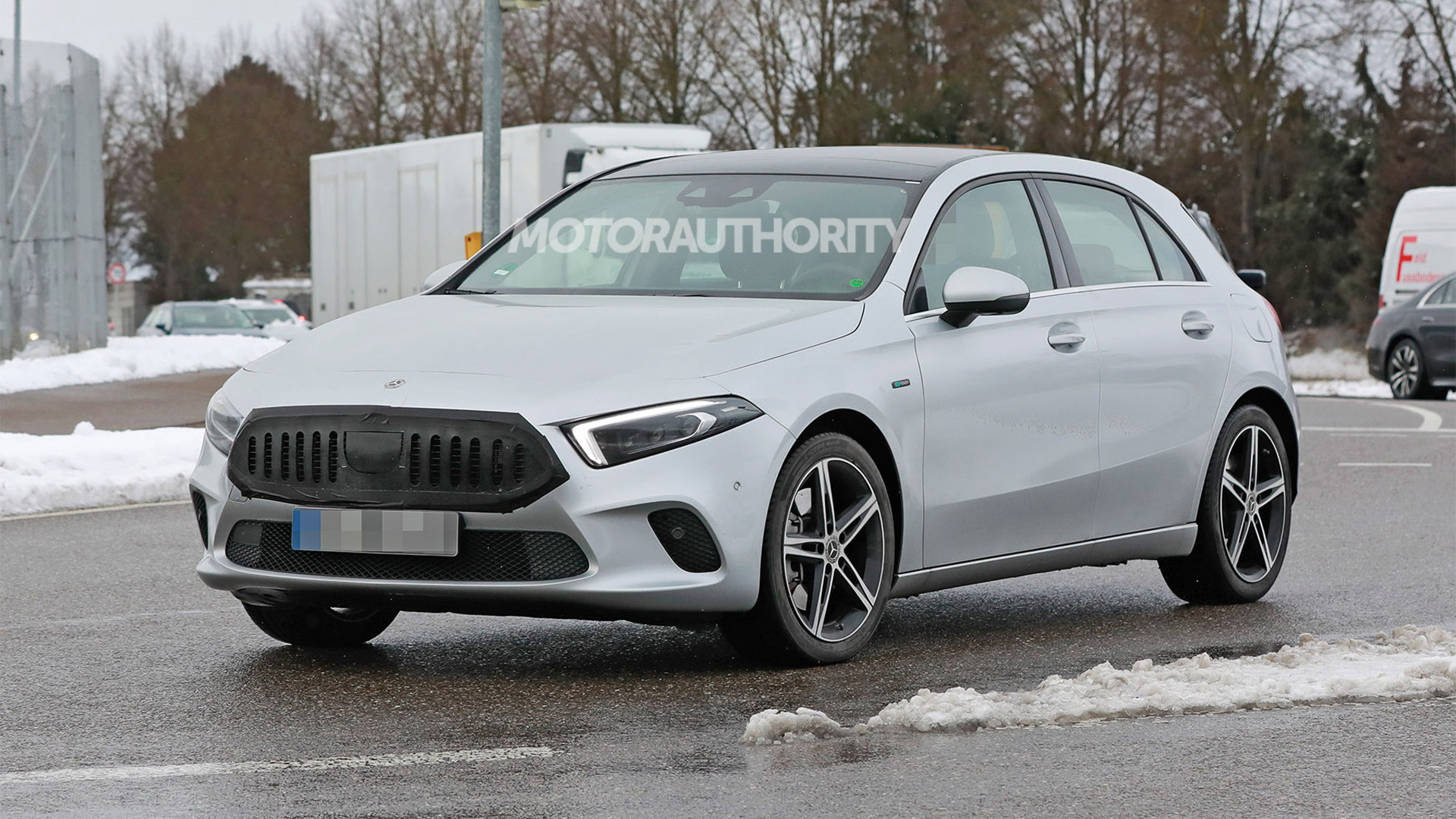 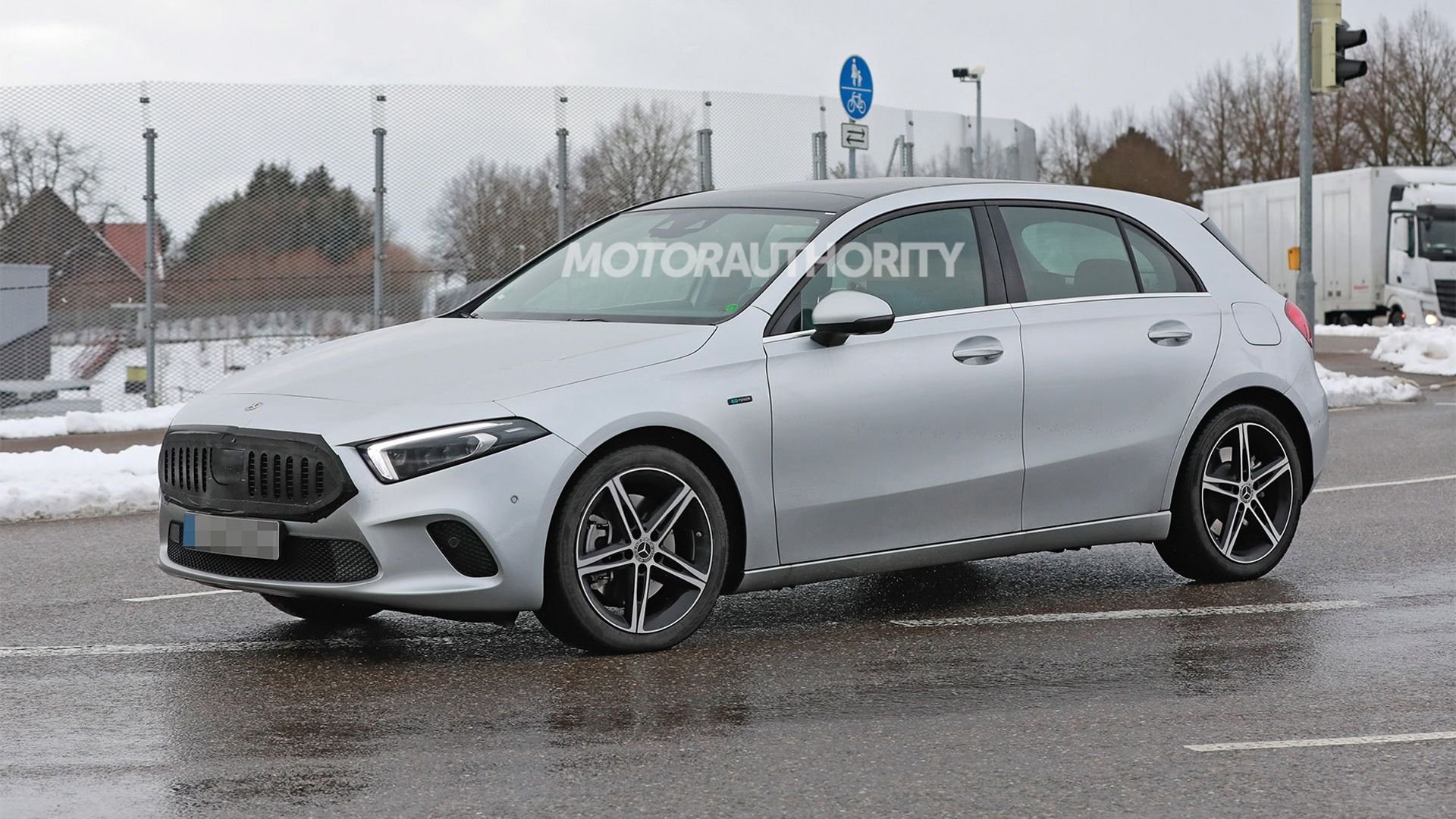 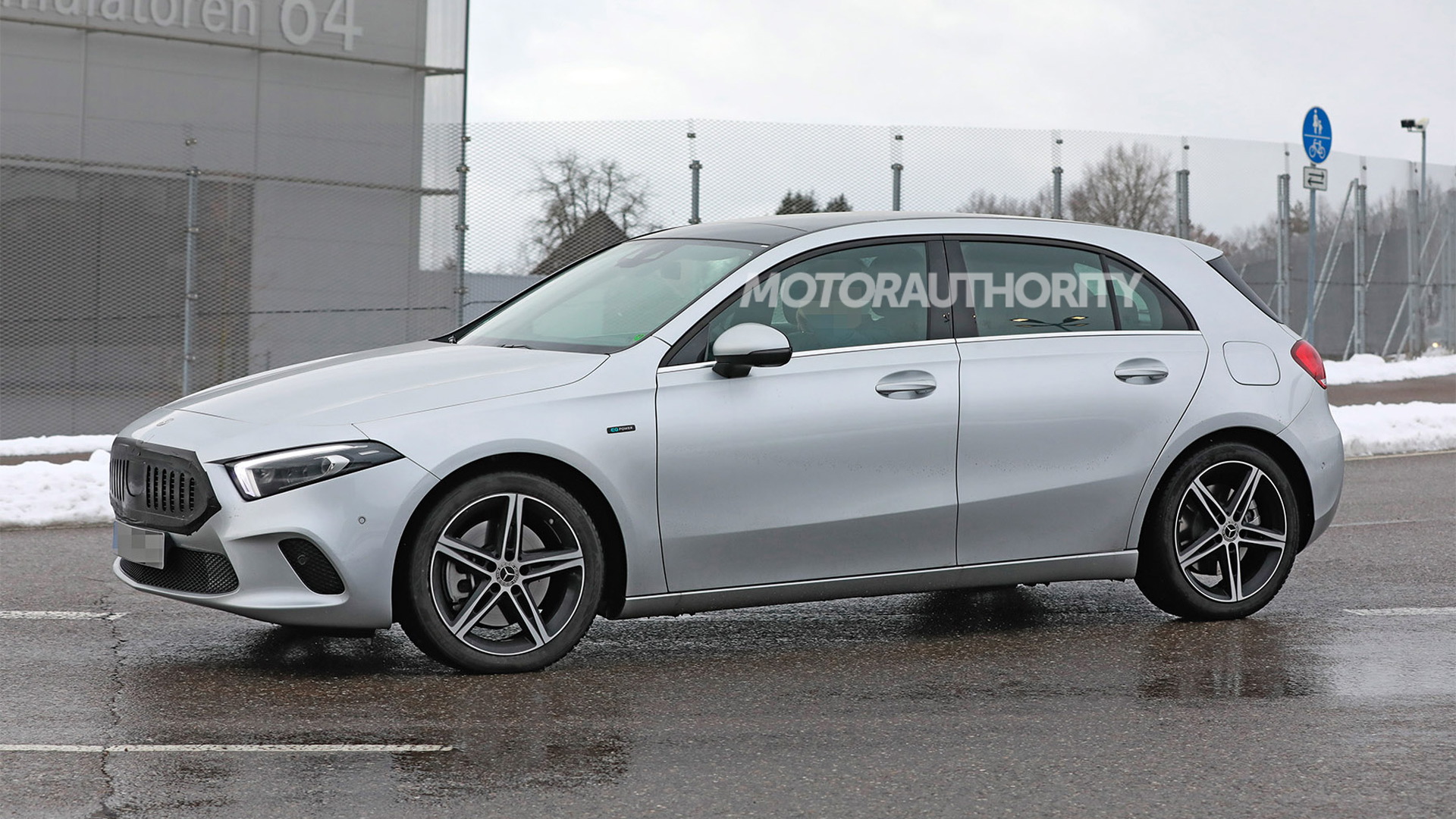 The Mercedes-Benz A-Class is about to come in for a round of updates, as evidenced by a prototype spotted in Germany.

The prototype is for an updated version of the A-Class hatchback sold outside the United States, but we should see the same changes introduced on the sedan variant we get here.

We're still at a very early stage of development. Right now only the grille is camouflaged, and looking through the gaps we can see that there's a new mesh pattern. It also looks like the center of the grille, where the Mercedes logo would normally sit, will house a sensor for the electronic driver-assist systems. It's possible the sensor will be integrated with the logo in the updated A-Class.

It isn't clear at this early stage what other changes are planned. It's possible a plug-in hybrid powertrain is finally offered in the U.S. with this update. One has been available in other markets since 2019. In fact, this prototype is a plug-in hybrid, an A250e. The powertrain is comprised of a 1.3-liter inline-4 and an electric motor-generator integrated with an 8-speed dual-clutch transmission. System output is 217 hp and 332 lb-ft of torque, and the exhaust vents from underneath the car which is why you can't spot exhaust tips.

The A-Class is currently offered exclusively with 2.0-liter turbocharged inline-4s in the U.S. The base version has a modest 188 hp but you can get an A35 from AMG, which packs 302 hp.