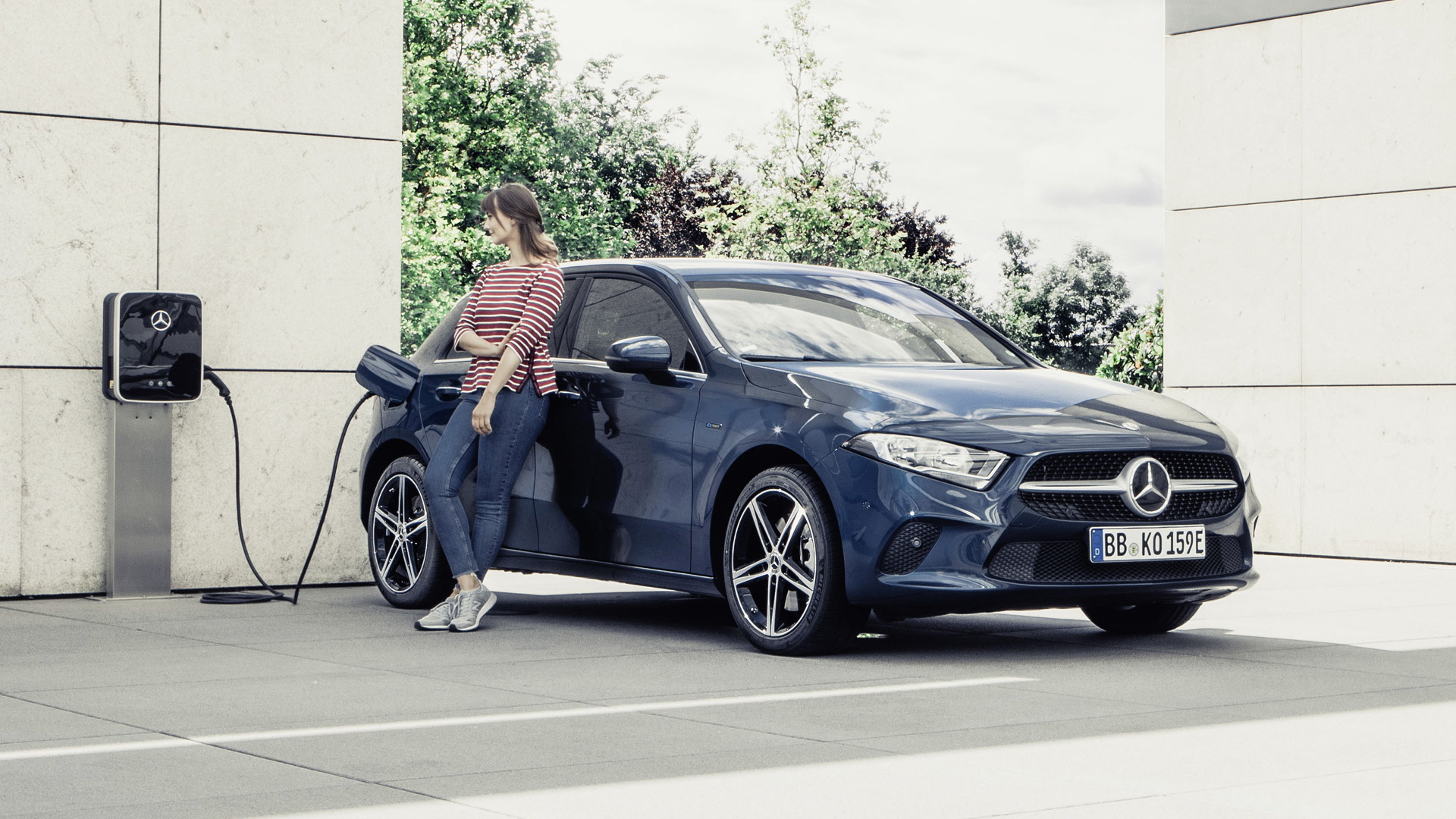 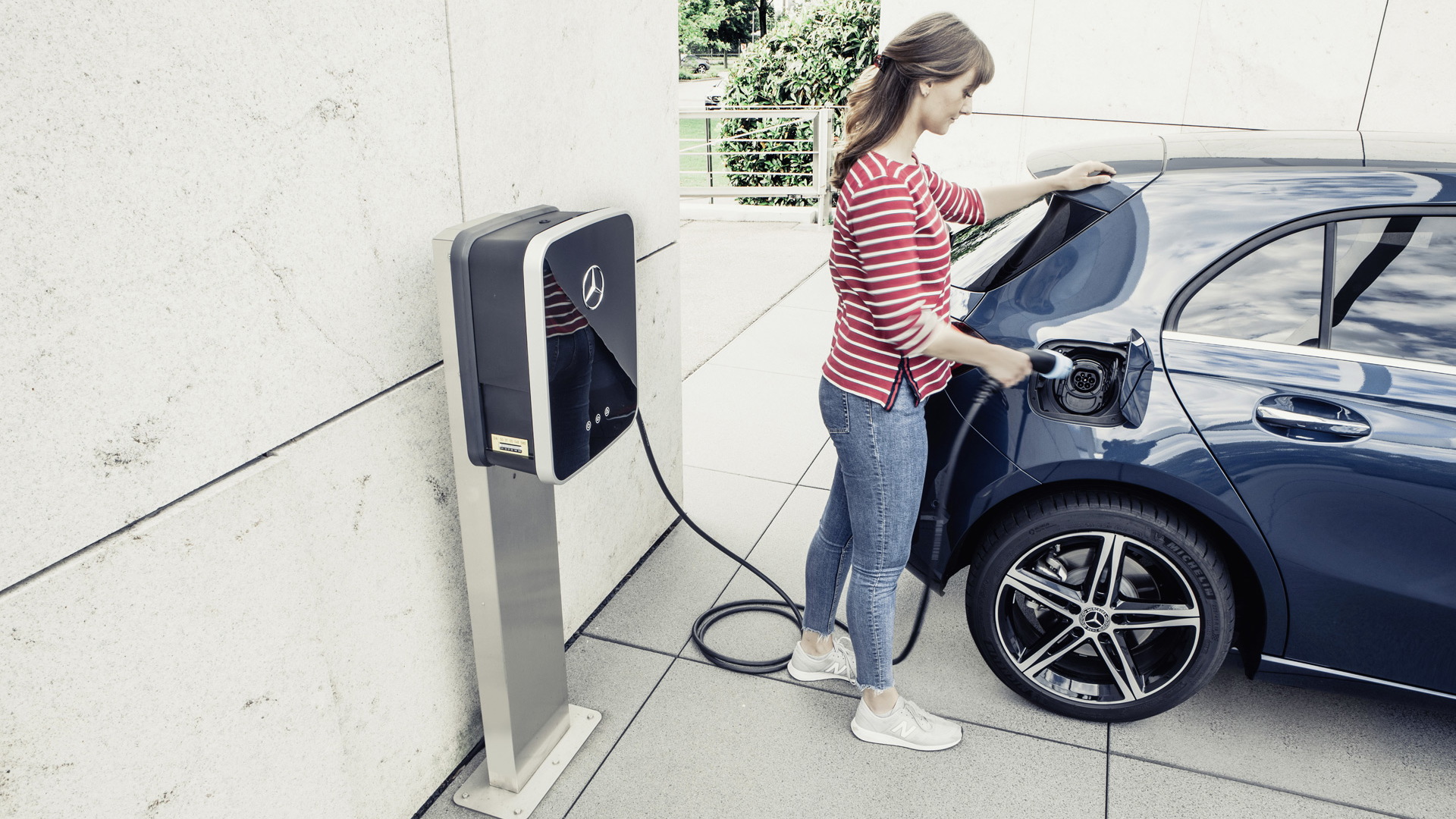 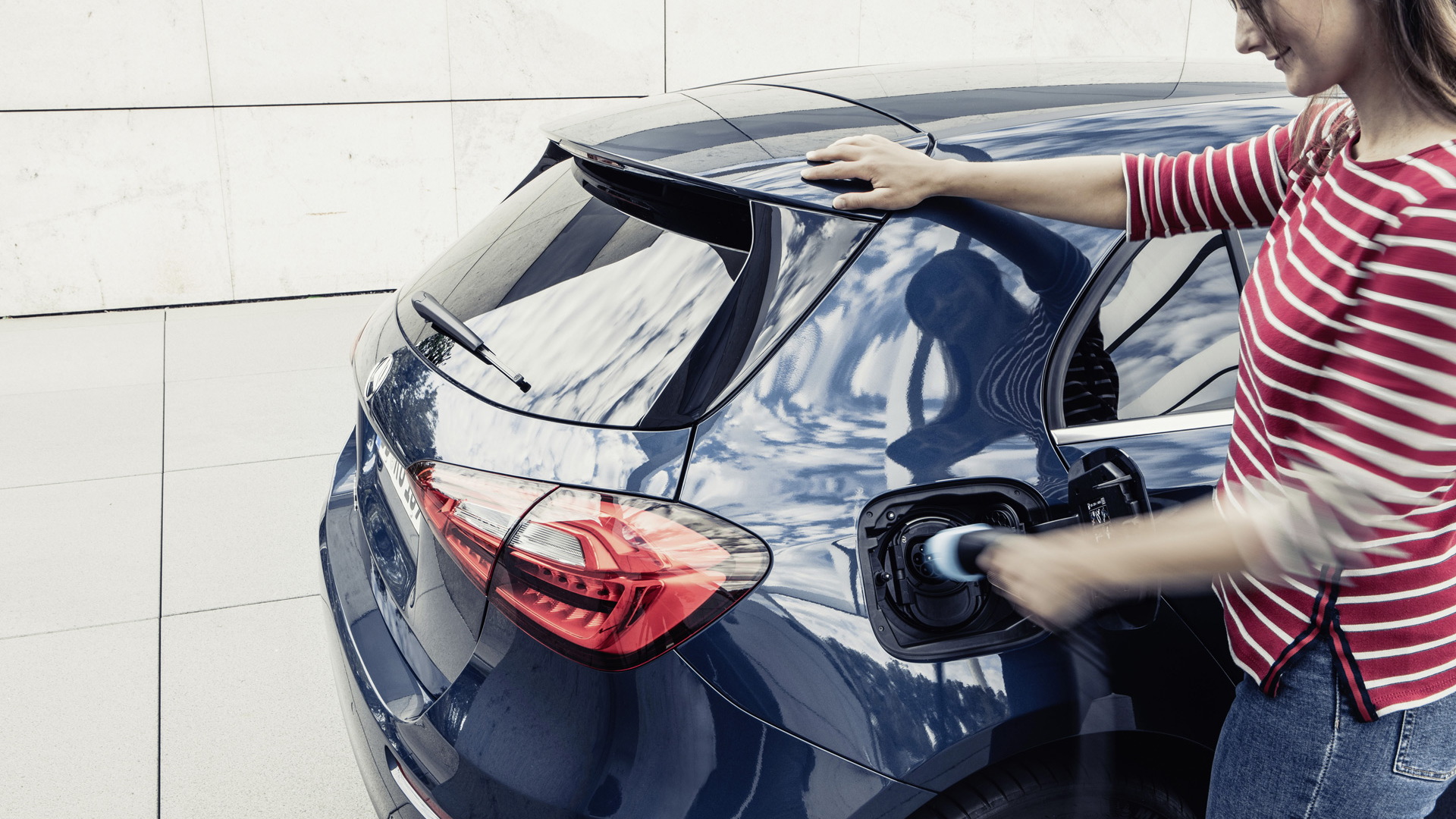 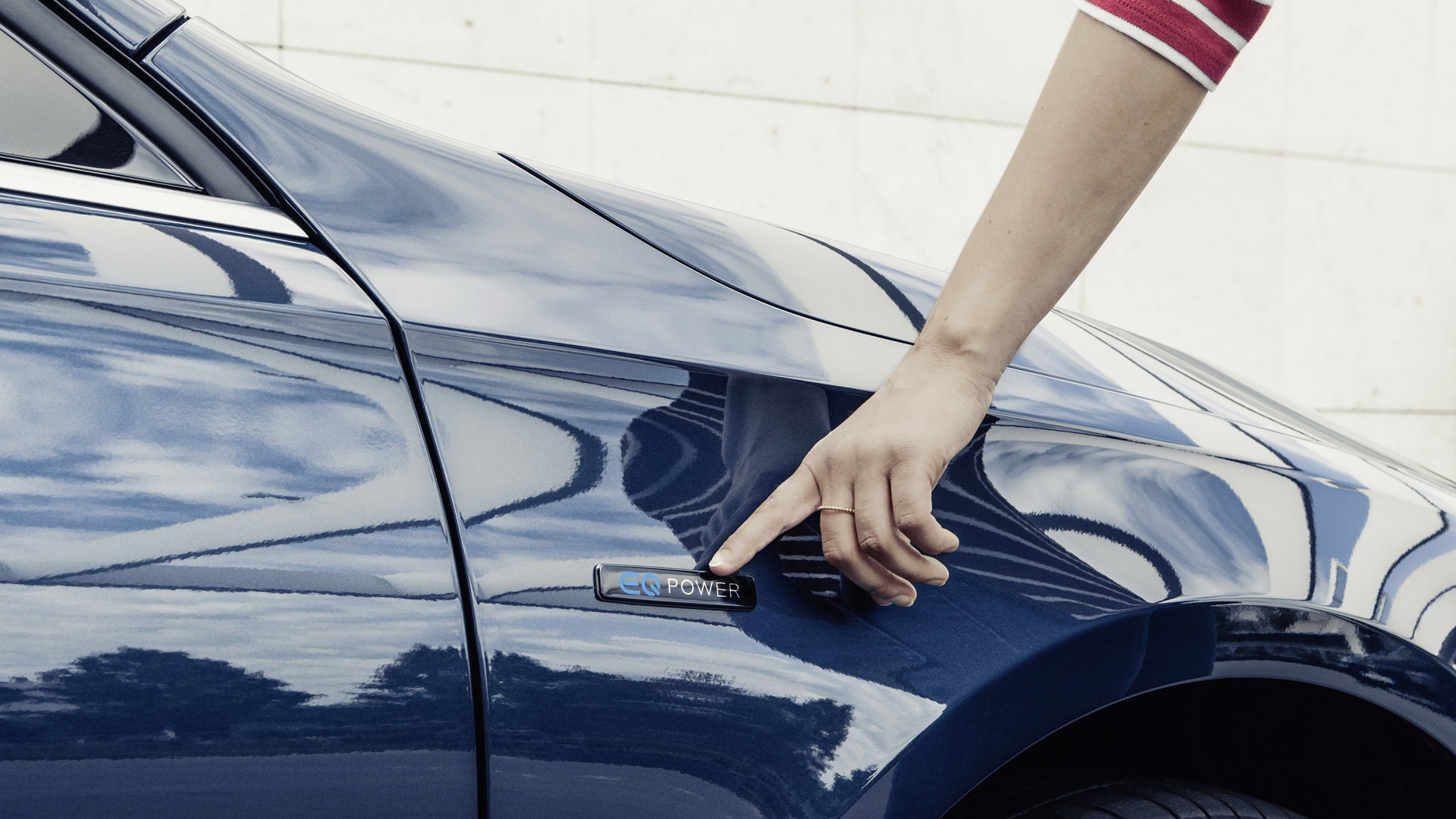 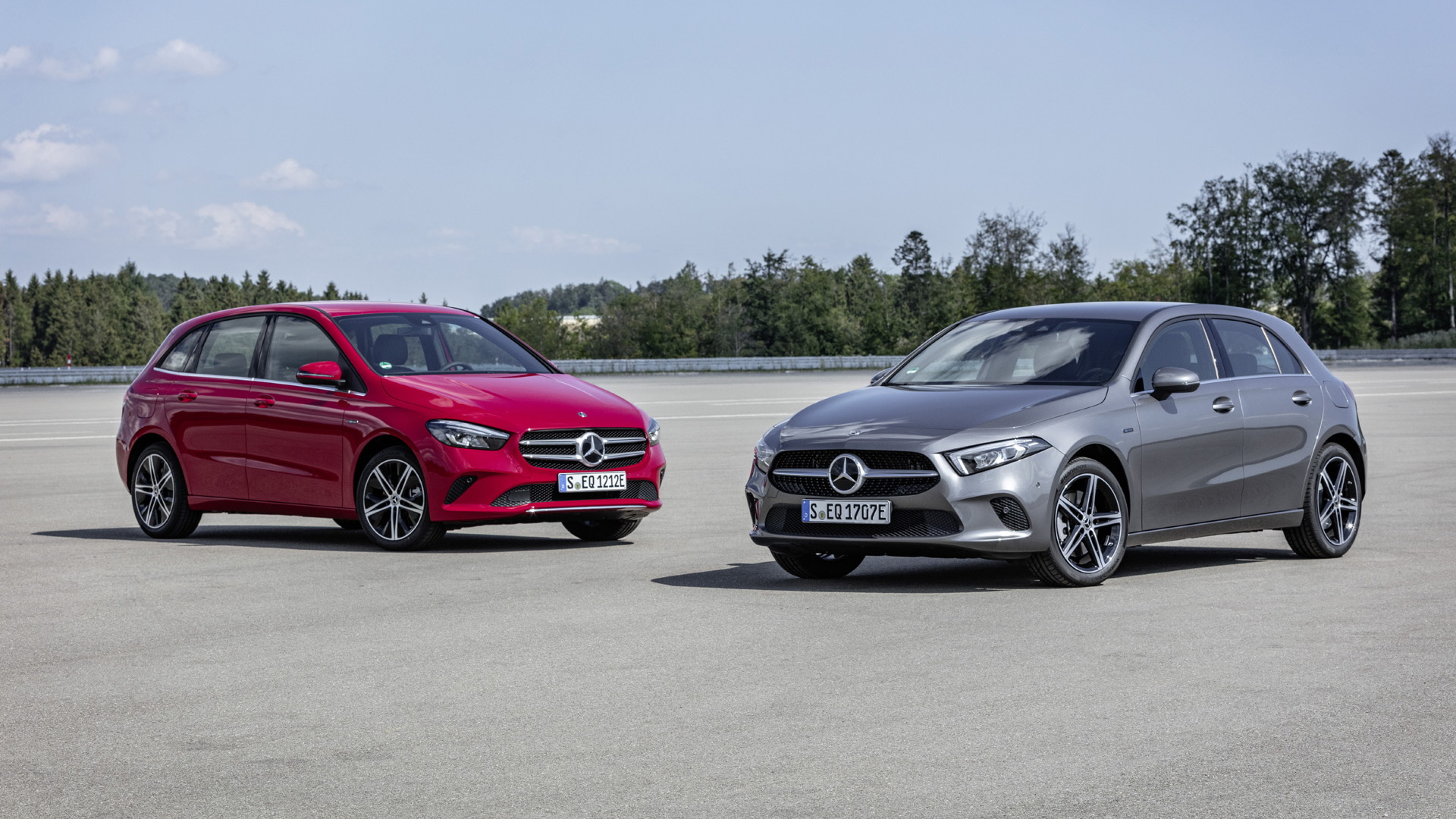 Mercedes-Benz is expanding the lineup of powertrains for its compact range with a new plug-in hybrid option leveraging technology from the automaker's third-generation hybrid system that debuted last year in the S-Class flagship.

The plug-in hybrid powertrain, denoted by a 250e badge, has been added to the A-Class hatchback and sedan, as well as the B-Class minivan, but it's availability in the United States is yet to be confirmed.

The powertrain is comprised of a 1.3-liter inline-4 and an electric motor-generator integrated with an 8-speed dual-clutch transmission. System output is 217 horsepower and 332 pound-feet of torque, or enough for 0-62 mph acceleration in 6.6 seconds and a top speed of 146 mph. Drive is to the front wheels only.

The electric motor-generator, which also serves as the engine's starter, is able to recover energy under braking and store this in a 15.6-kilowatt-hour lithium-ion battery. Mercedes quotes a range of over 40 miles on a full charge of the battery, though this is measured on the lenient NEDC cycle. An EPA-rated electric range will likely come in closer to 20 miles. Note, in electric mode the top speed is limited to 87 mph.

Uniquely, the cars also feature an exhaust that exits from beneath the center of the car. The design frees up space for the new electronic hardware, meaning only a little reduction in trunk space.

Mercedes' third-gen plug-in hybrid system has a revised operating strategy compared to earlier systems. One new feature is route-based operation, where factors such as navigation data and speed regulations are taken into account. Using this information, the system determines when is the best time to use electric mode for maximum efficiency.

The driver can also choose his or her preference for the operating strategy. Electric mode sees the car drive on electricity only; Battery Level mode sees the car maintain a certain level of charge; and then there are the more conventional Comfort, Eco and Sport modes. The driver, via a smartphone, can also adjust the climate of the car prior to entering, which can also help conserve energy.