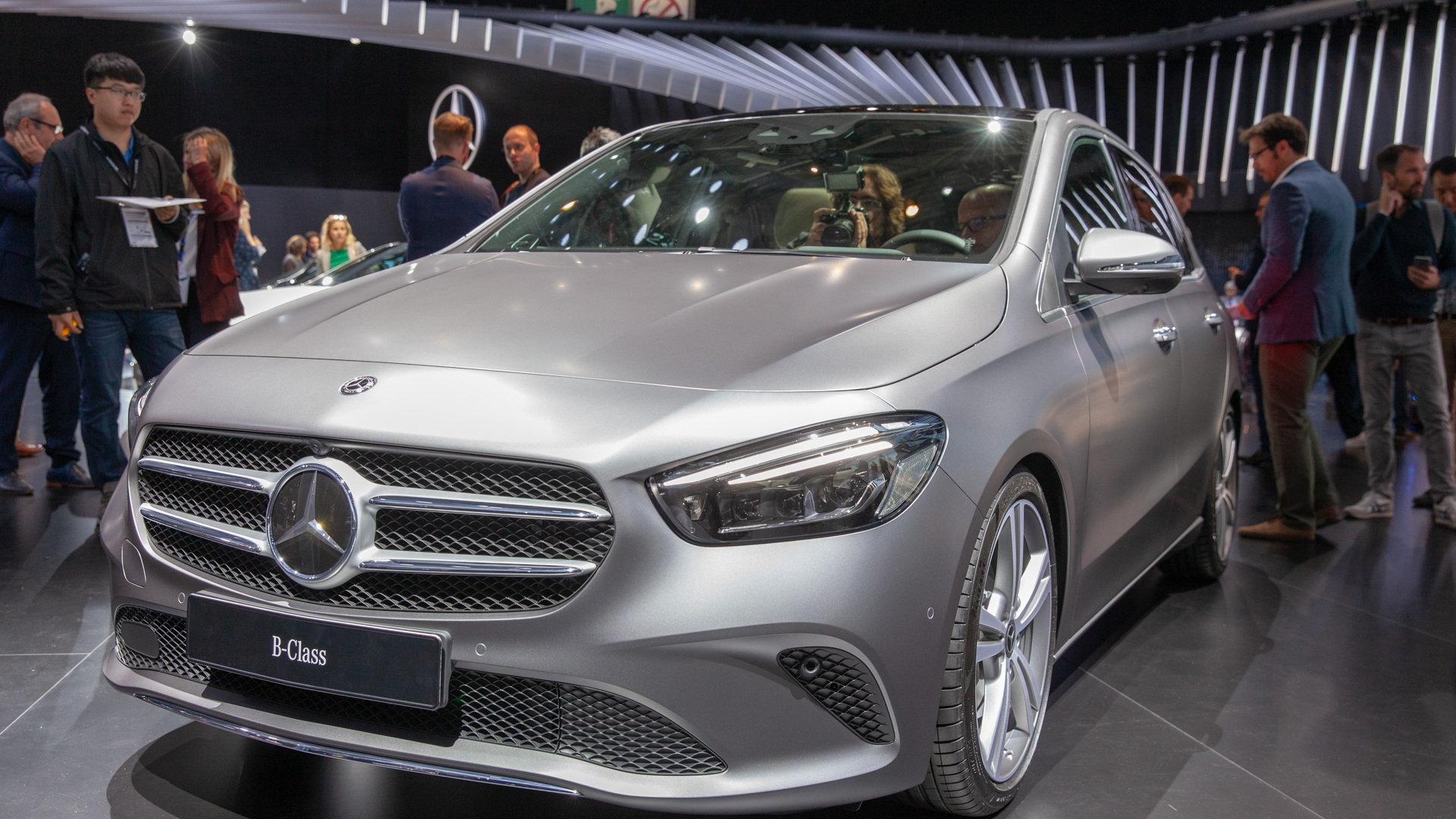 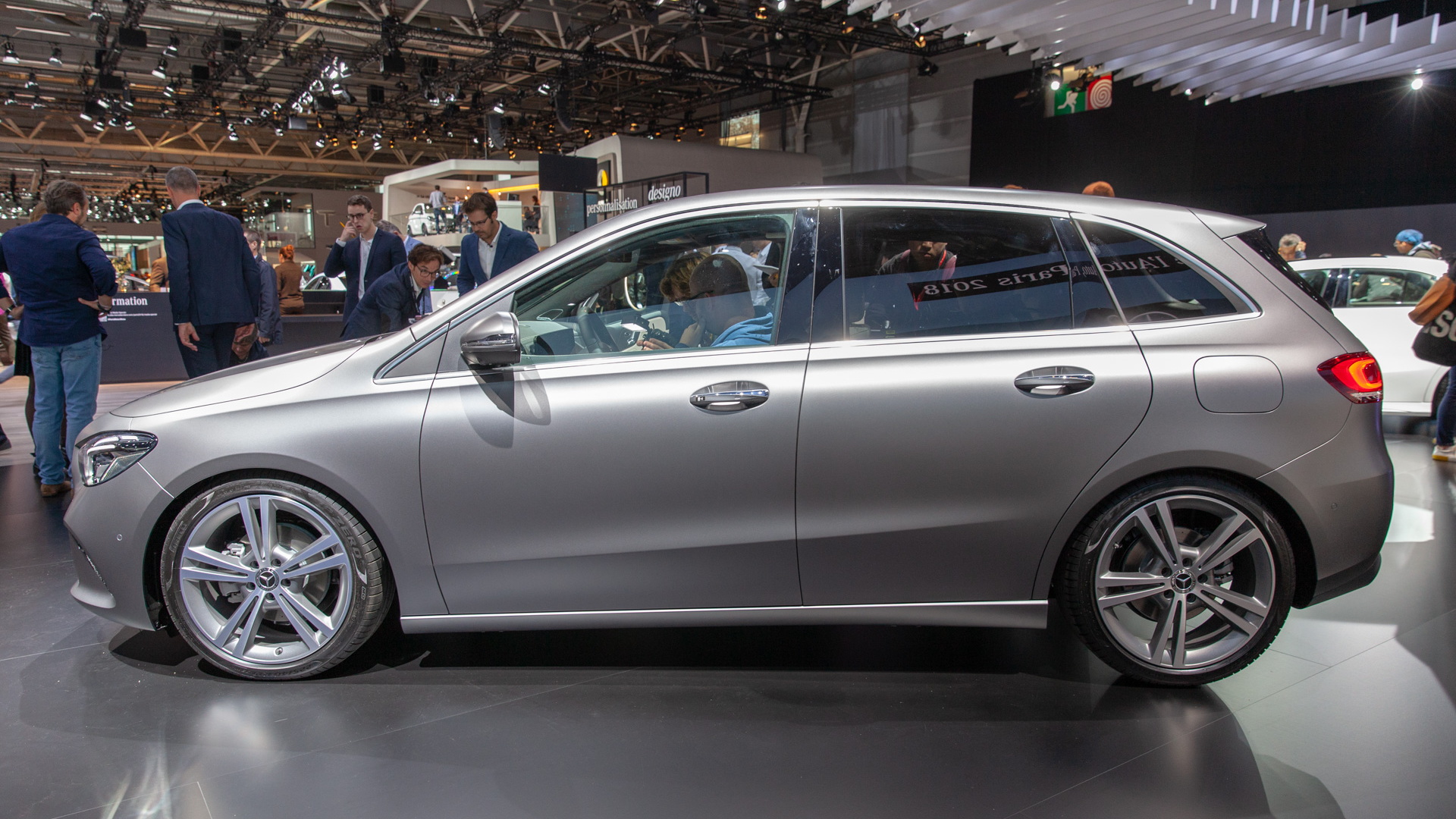 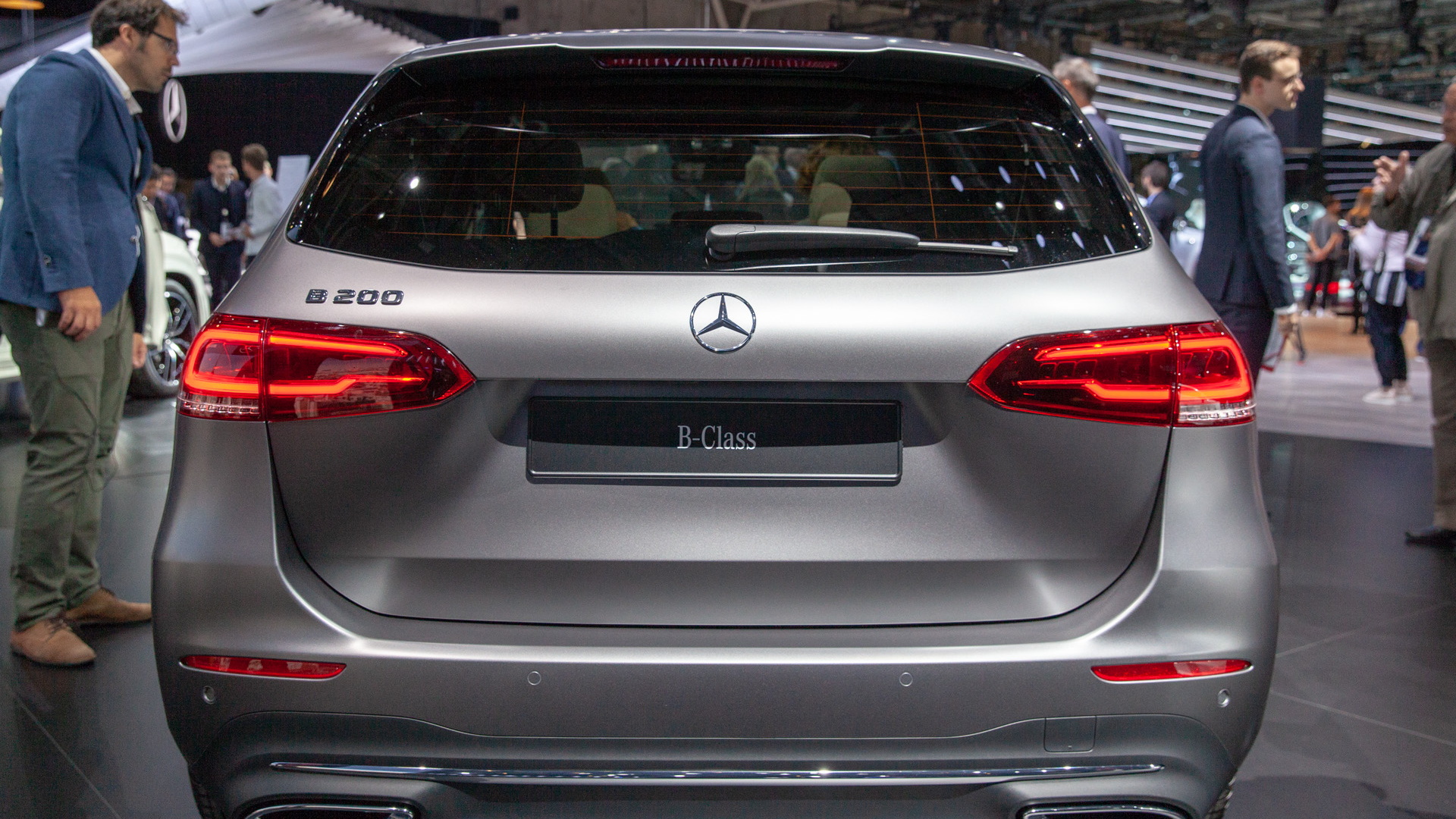 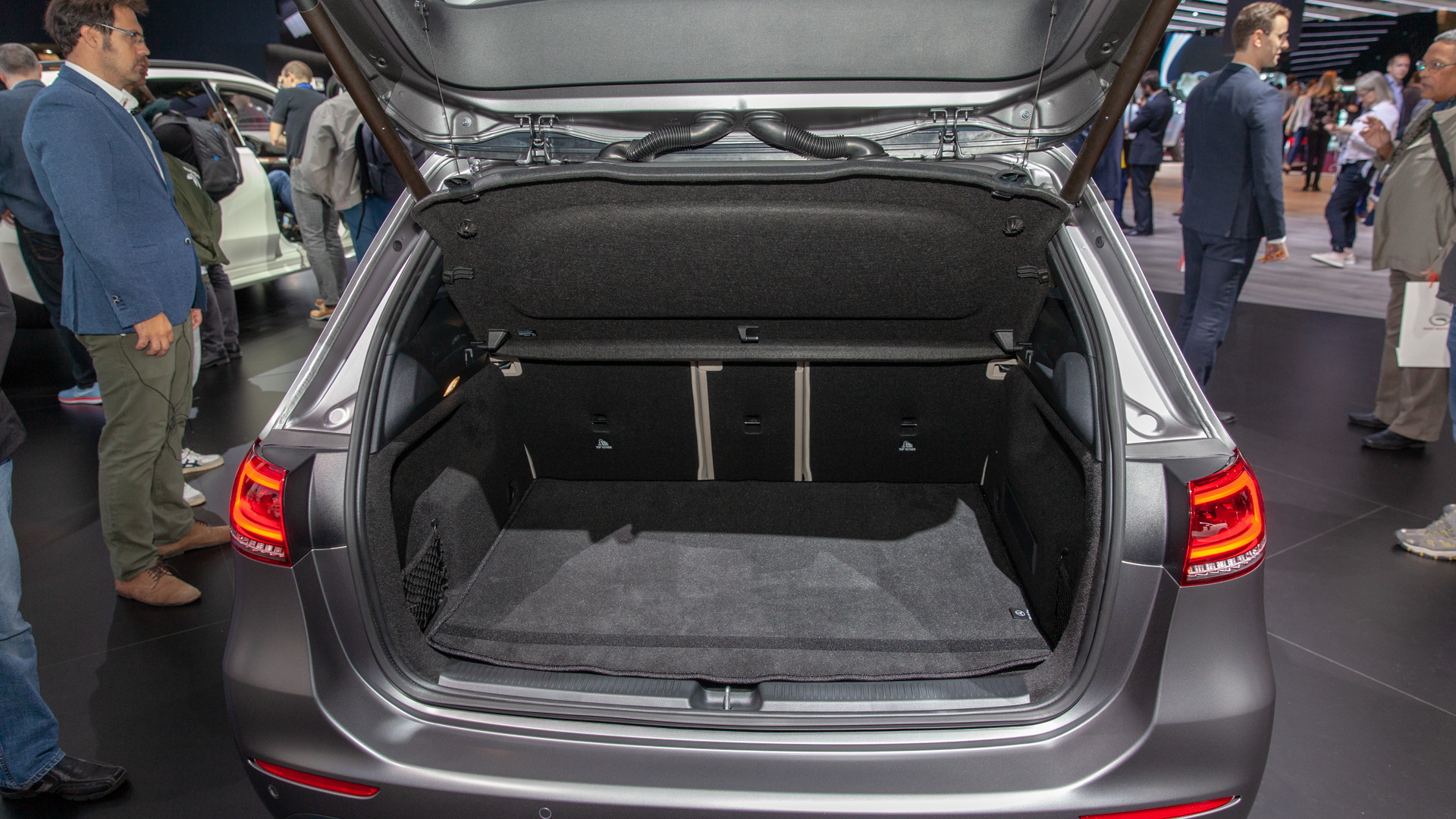 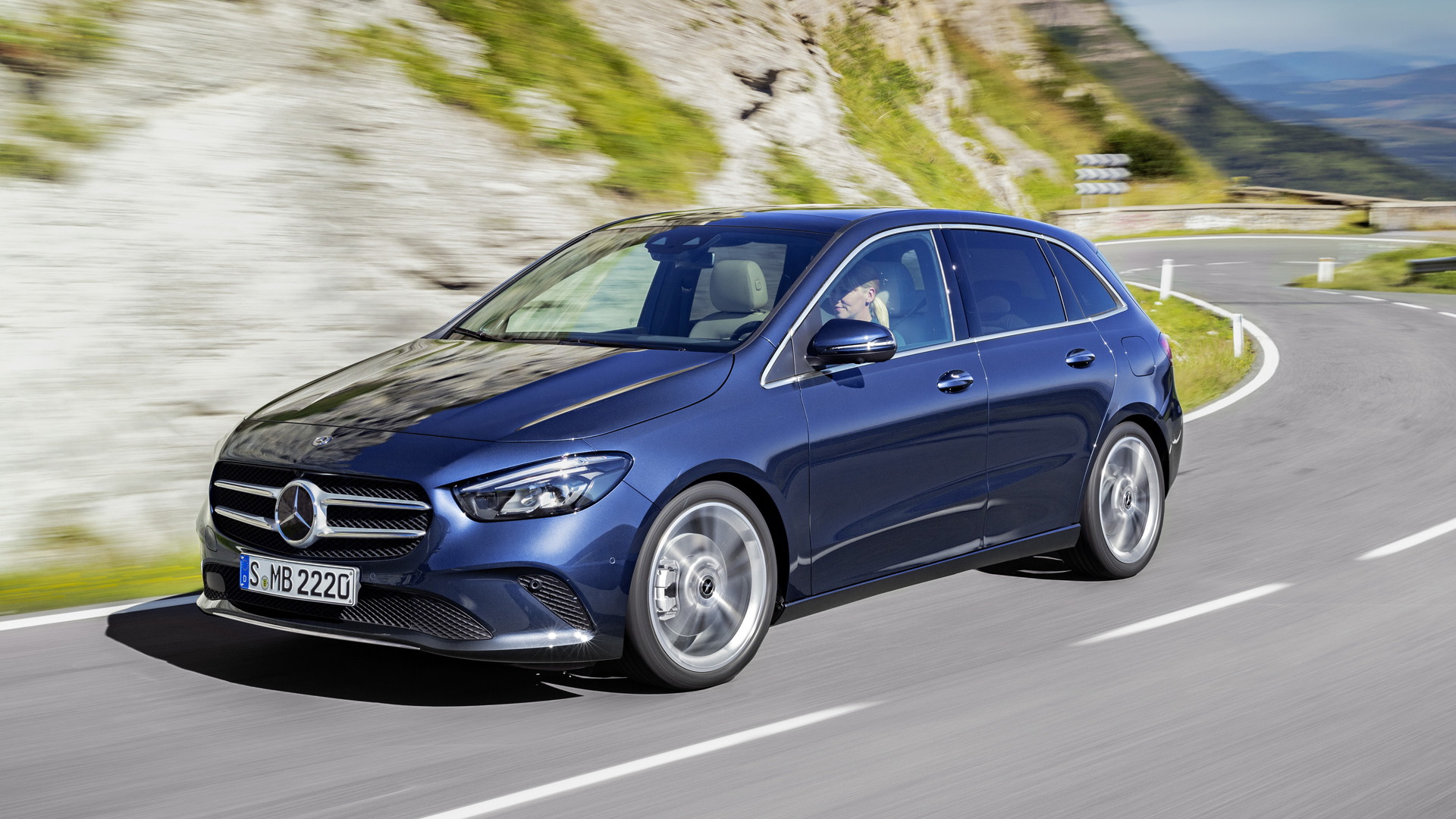 The redesigned model is the nameplate's third iteration. It is also the third body style from Mercedes' new generation of compact cars, following the A-Class hatchback unveiled in February and A-Class sedan unveiled in April.

So far only the A-Class sedan has been confirmed for sale in the United States. It's being assembled at a plant in Mexico and will arrive in showrooms late this year as a 2019 model.

We don't expect the B-Class to be sold here. We received the previous generation in electric guise only but it was dropped after the 2017 model year. An EQA hatchback from Daimler's EQ sub-brand for electric cars will eventually arrive to fill the gap.

That's a shame because Mercedes looks to have made major improvements in the design and quality of the new B-Class. It features a generous wheelbase coupled with short overhangs and a slightly lowered roof line compared to the current model. It's even available with 19-inch wheels for the first time.

The interior is what we've become accustomed to in the latest compact cars from Mercedes. There's a clean dash layout and dual-screen interface, plus an advanced infotainment system with natural speak voice activation. Instructions can be given by starting off with “Hey, Mercedes.”

The cabin has also been improved elsewhere over the previous model. For instance, there's improved passage over the center tunnel in the rear which makes for a more accessible middle seat. The rear seat backrest comes as standard with a 40:20:40 split.

The new B-Class is also set up for private car sharing: the infotainment system allows the vehicle to be shared with friends and family members. Access to the vehicle and its operation is simple and secure using an app.

The run of powertrains are your typical turbocharged inline-4s, with a couple of diesels included in the mix. The big news is the addition of a new eight-speed dual-clutch transmission in some variants. Others stick with the older seven-speed dual-clutch 'box. Front-wheel drive is standard but all-wheel drive will be made available at a later date. Also expected at a later date is a plug-in hybrid option.

Underpinning Mercedes' new generation of compacts is the MFA2 front-wheel-drive platform. For the B-Class, the engineers were given the goal of matching the agility of the previous model while upping the ride and comfort. Some strategies implemented include the use of rubber bushings to reduce noise and vibrations from the suspension to the body. The suspension was also made lighter with aluminum this unsprung mass has been reduced.

Despite its stodgy image, the B-Class is a vital model in Mercedes’ portfolio, particularly in Europe where its higher seating position appeals to older buyers, and its spacious cabin to young families. Joining it at the Paris auto show are Mercedes-AMG's A35 hatchback and GT 43 4-Door Coupe models, plus the new Mercedes-Benz GLE and Mercedes-Benz EQC SUVs, and ForEase concept car from Smart that celebrates the brand's 20th anniversary.

For more from Paris, head to our show hub.