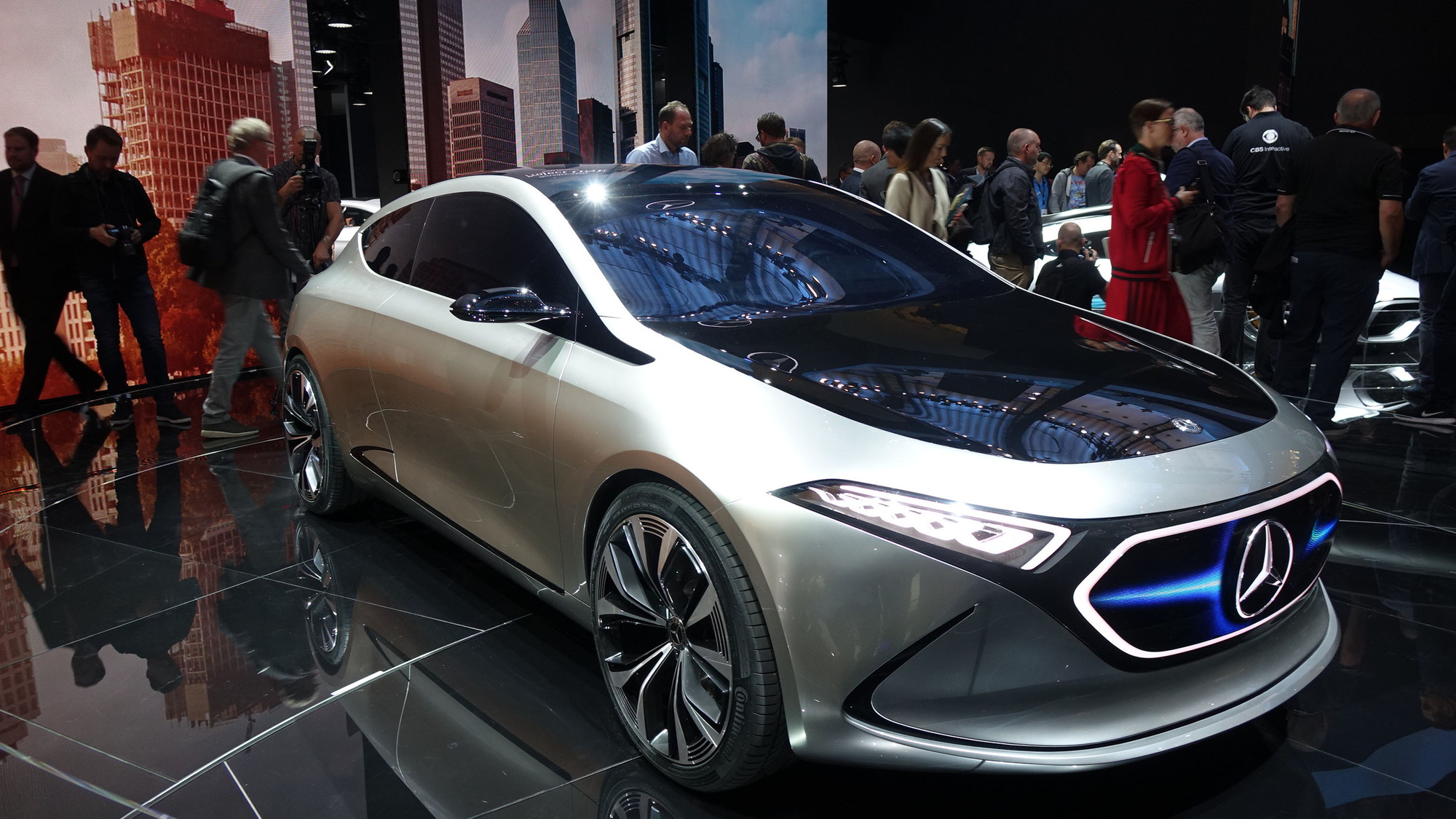 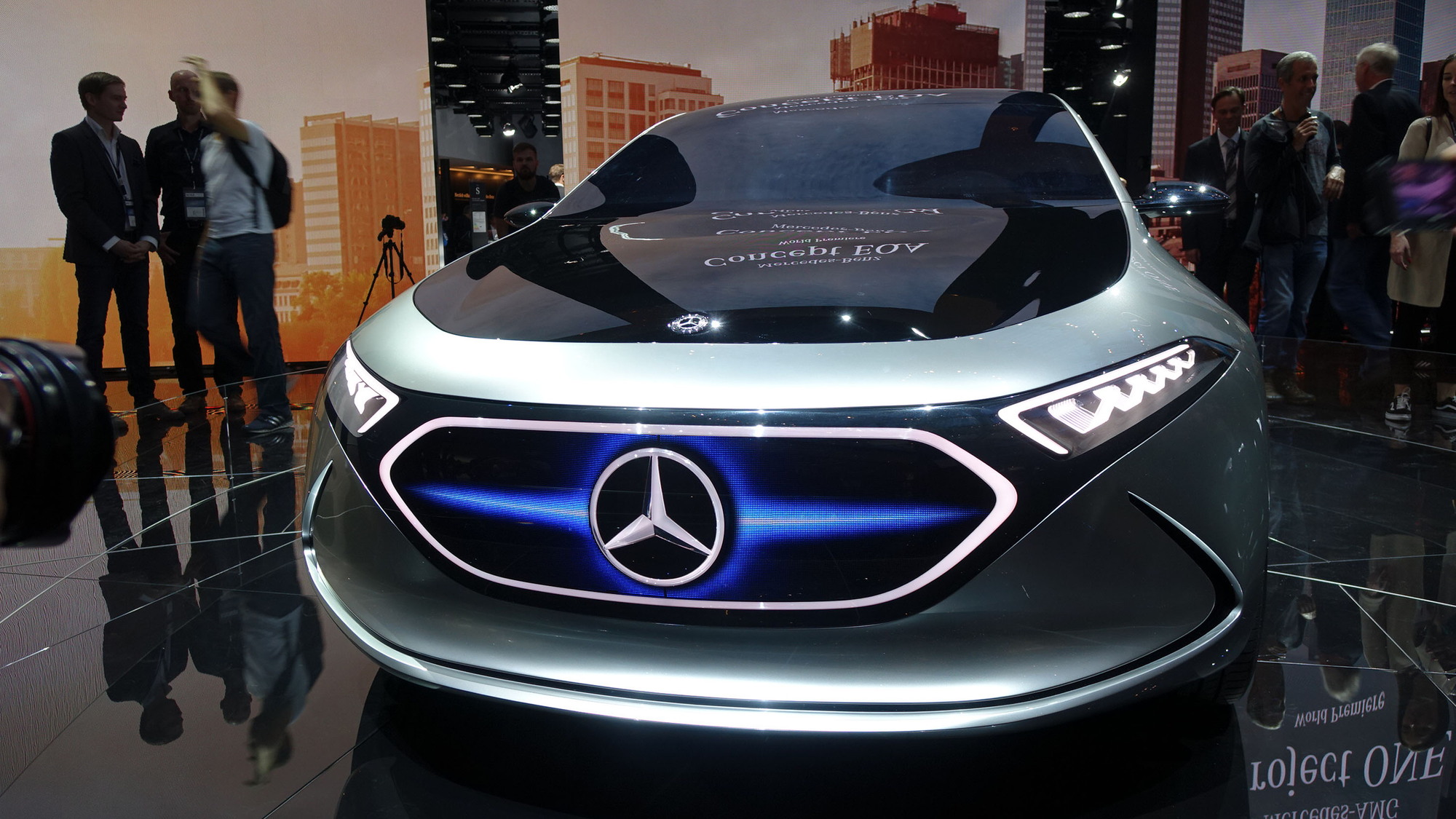 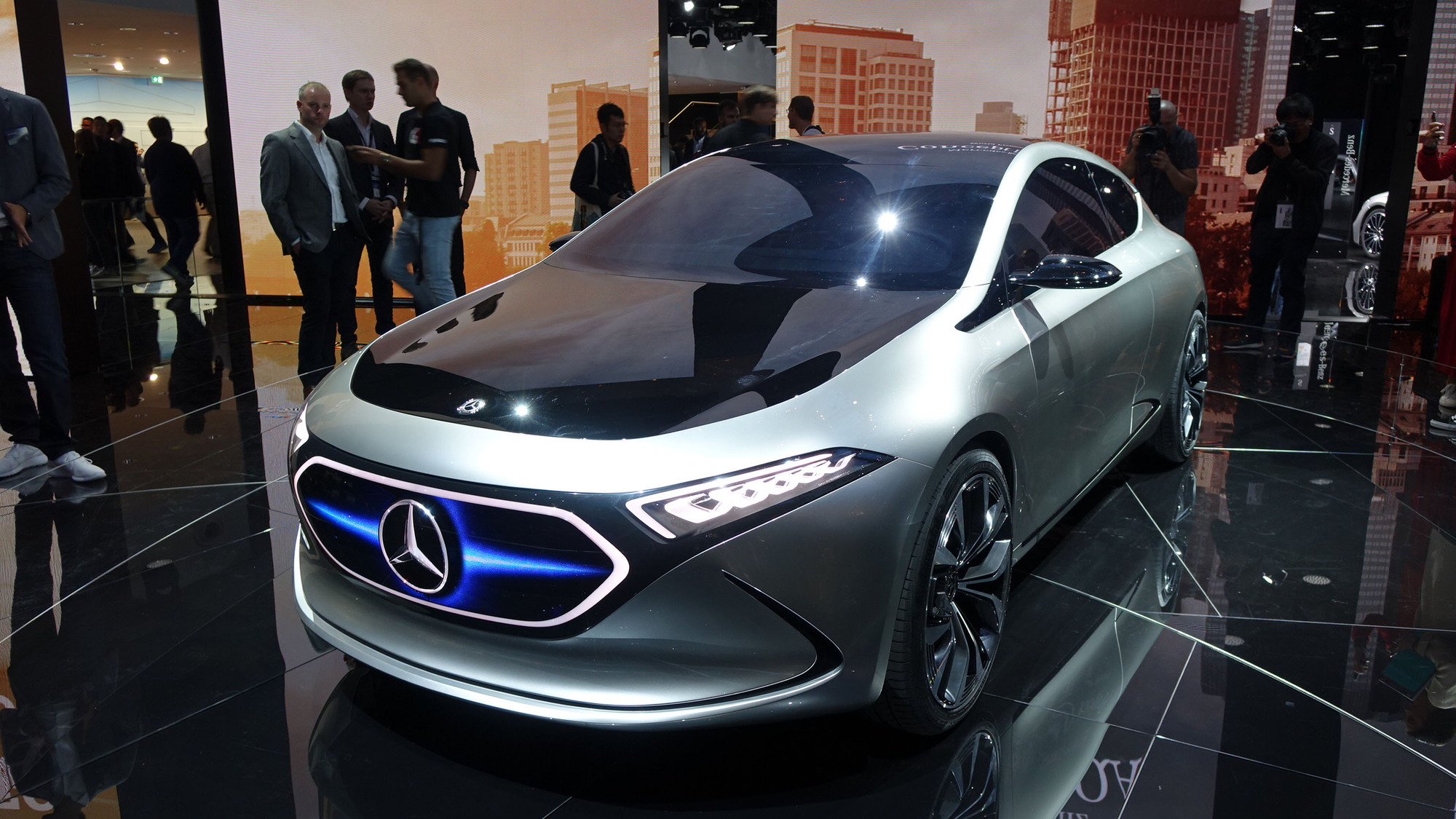 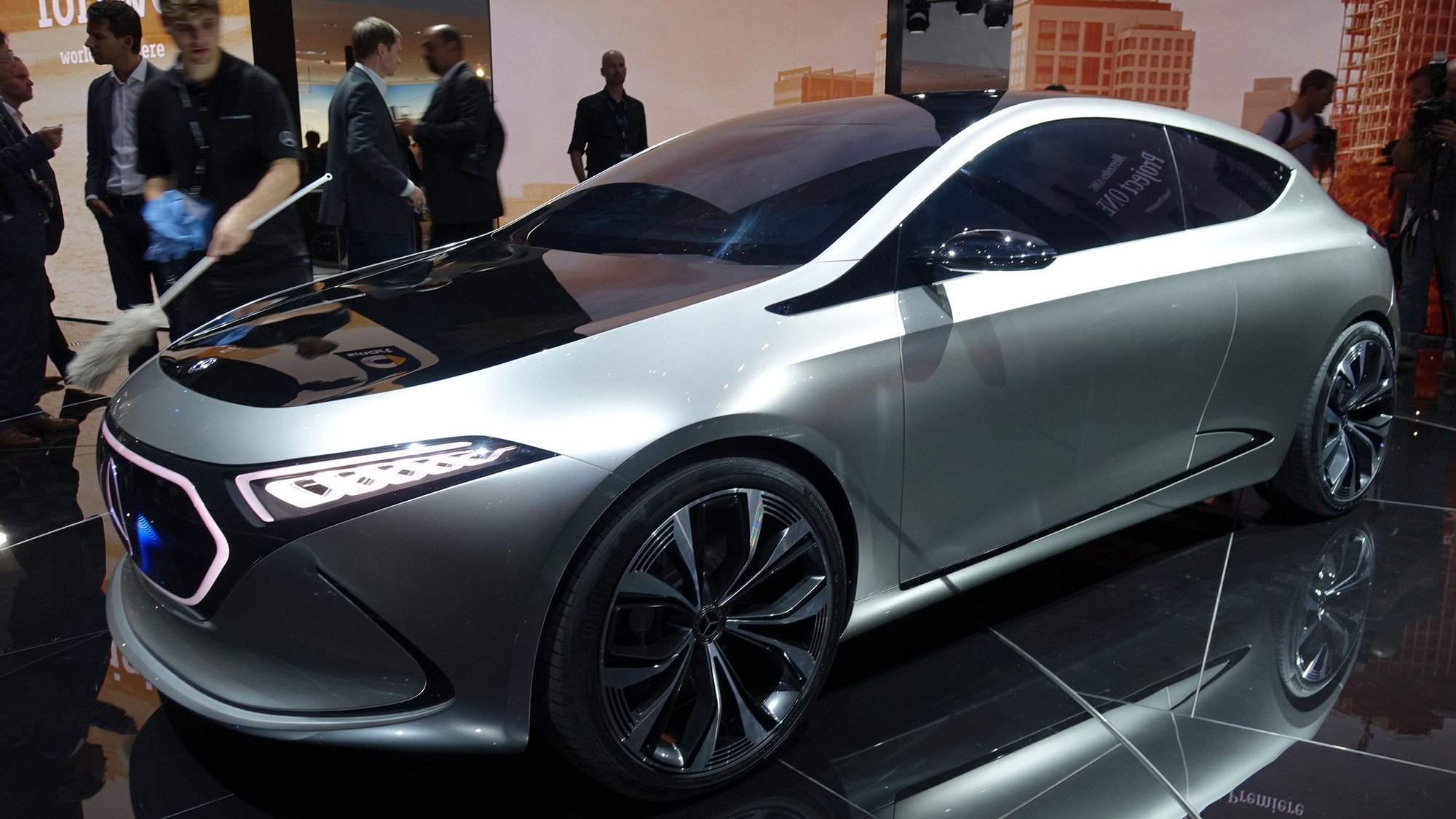 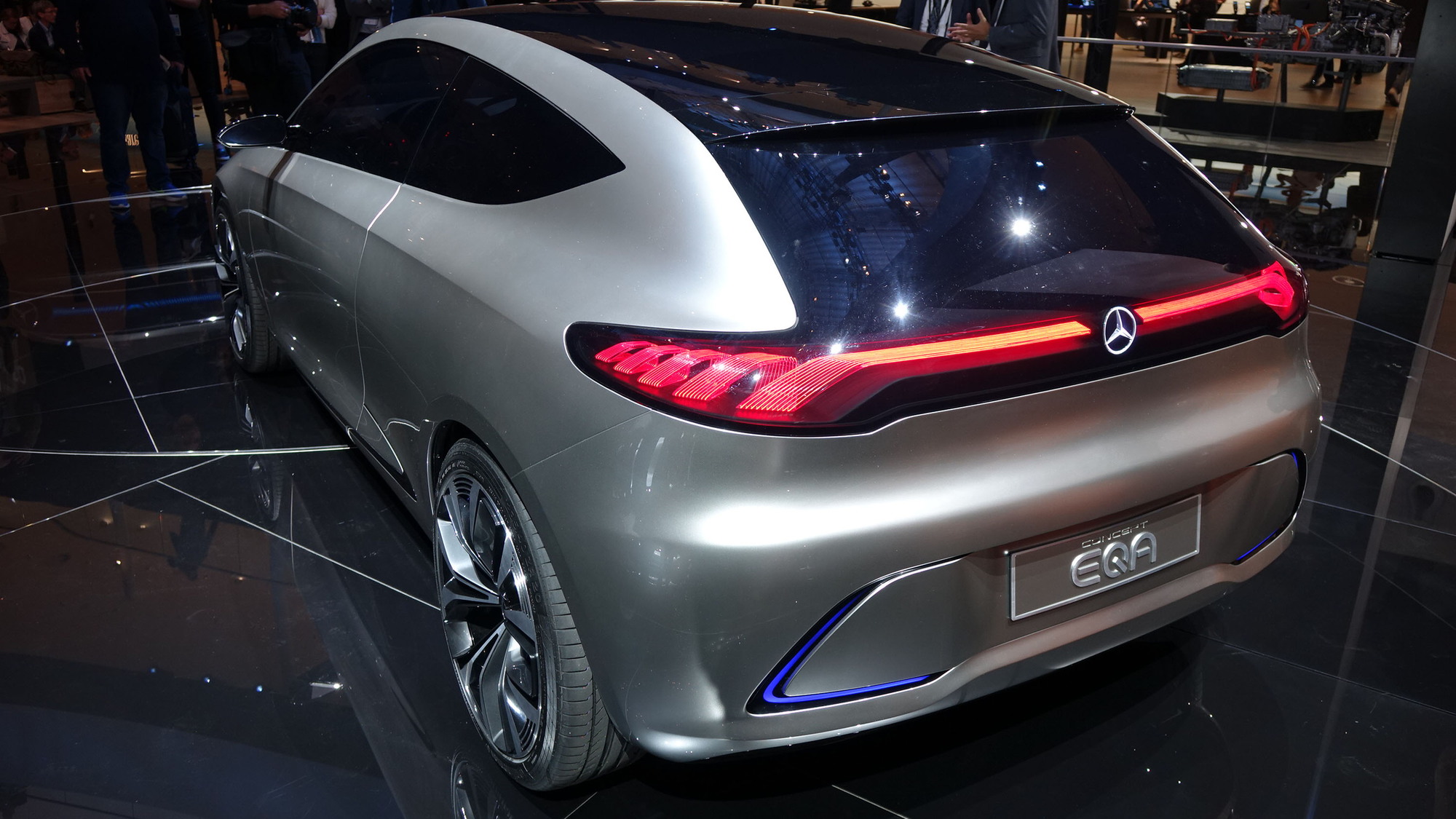 Mercedes-Benz is committed to adding as many as 10 electric cars to its lineup by 2022, including SUVs, sedans, hatchbacks and even commercial vehicles.

We were given a taste of Mercedes’ first volume electric car in the form of the Generation EQ concept unveiled at the 2016 Paris auto show. The concept, a small SUV, also marked the introduction of Mercedes’ new EQ sub-brand for electrified cars, similar to the more established BMW i.

Mercedes has now given us a glimpse at another upcoming EQ model, this time a compact, in the form of the EQA concept which made its debut on Tuesday at the 2017 Frankfurt Motor Show.

The EQA features a flat battery pack, along with an electric motor at each axle that help it sprint to 60 mph from rest in around 5.0 seconds. The motors form an all-wheel-drive system whose characteristics can be easily altered by varying the front to rear torque distribution.

The combined output of the electric motors is around 270 horsepower and 368 pound-feet of torque, while the stated range of the battery, a 60-kilowatt-hour lithium-ion unit made up of pouch cells, is close to 250 miles. Charging can be done via wireless induction or with a plug. If the latter is chosen, there is the capacity for high-speed charging which can add 60 miles of range in 10 minutes.

Mercedes hints that multiple performance levels for both power and range will be possible in production EQ models.

The concept also offers a glimpse at the proportions of Mercedes’ next-generation compact cars, the first of which will be a new A-Class Hatchback due in 2018. The finer details are unique to EQ cars, though. For example, the black panel at the front is meant to mimic a radiator grille and changes its look according to the drive program. In the sportiest setting (Sport Plus), vertical struts in the style of Mercedes-AMG’s Panamericana grille are displayed.

The production version of the concept, which will likely share the EQA name, will arrive around 2020 to challenge the BMW i3 and a production version of Volkswagen’s ID concept. It will likely end up the most popular member of Mercedes’ EQ electric cars, as it will be the most affordable, priced only slightly higher than the automaker’s current compacts, we’ve heard.

The first of Mercedes’ EQ electric cars will be a small SUV similar in size to the GLC. Previewed by the aforementioned Generation EQ concept, the electric SUV starts production in 2019 and has already been spied testing. It will challenge the Tesla Model Y as well as a planned electric version of the BMW X3, and will go by the name EQC.

Mercedes has a very busy stand in Frankfurt. Also on display is the Project One hypercar from Mercedes-AMG, a production-ready GLC fuel cell vehicle, a self-driving concept from Smart, updated versions of the S-Class Coupe and Cabriolet, and the X-Class pickup truck.