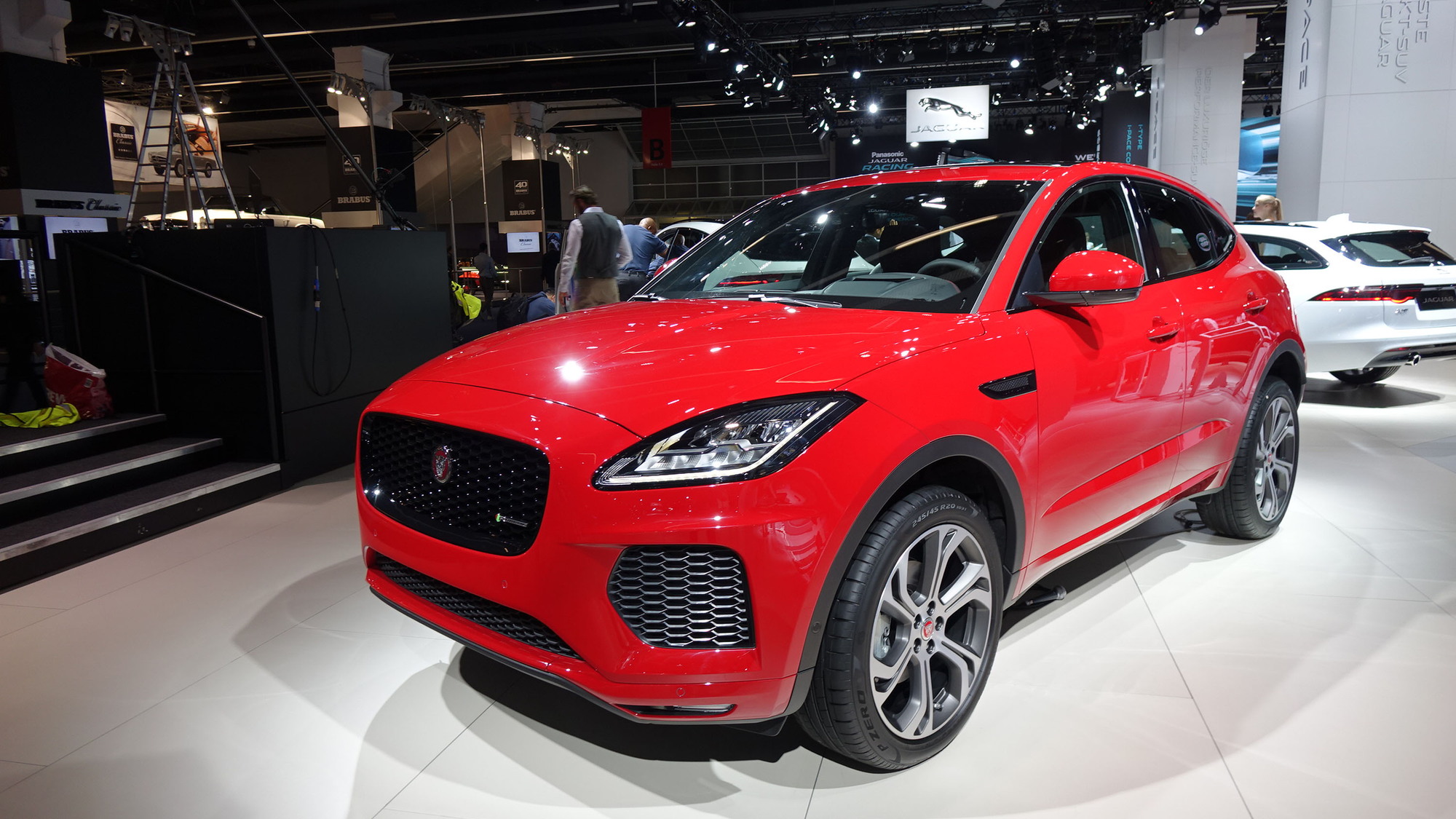 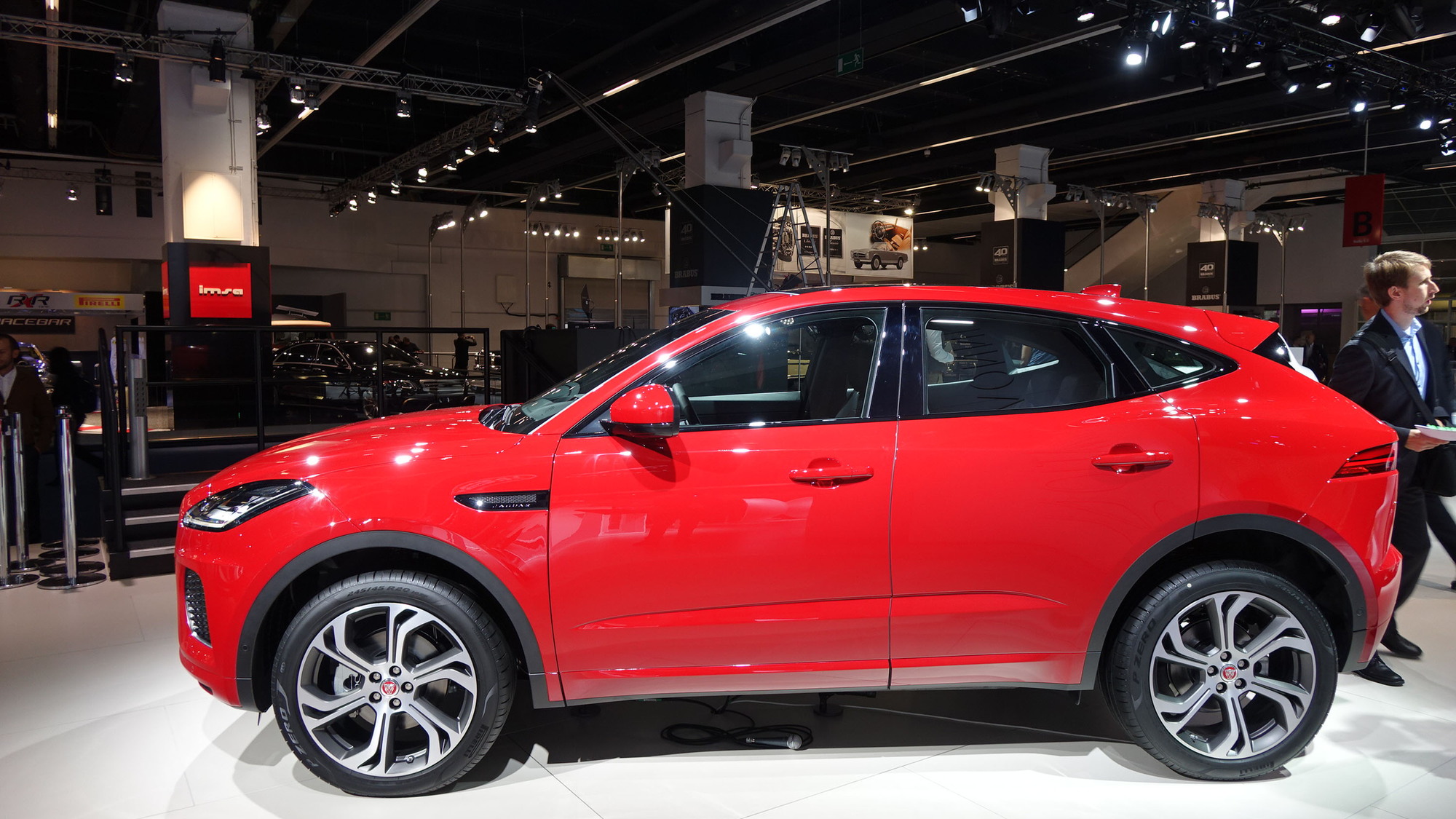 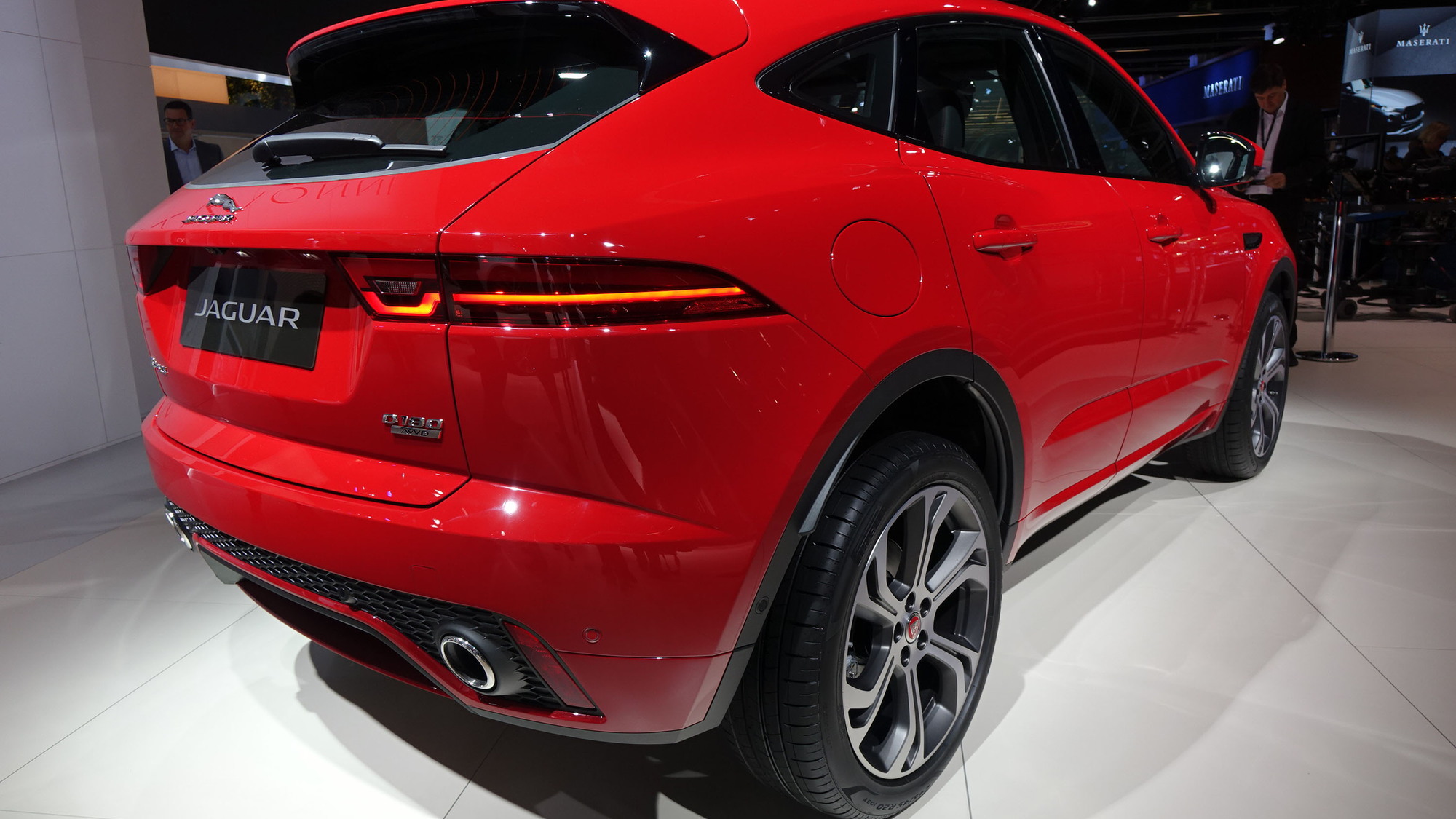 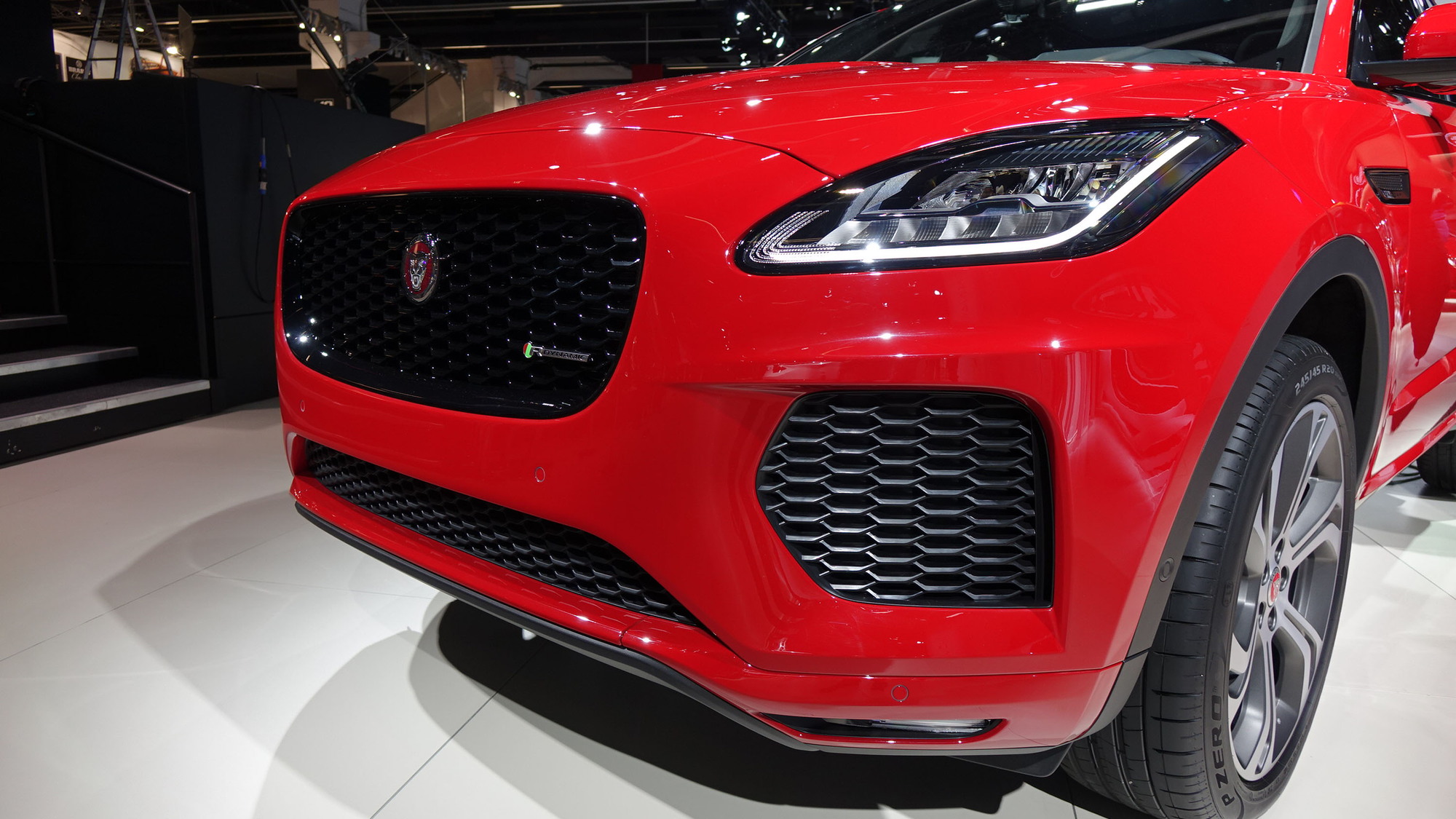 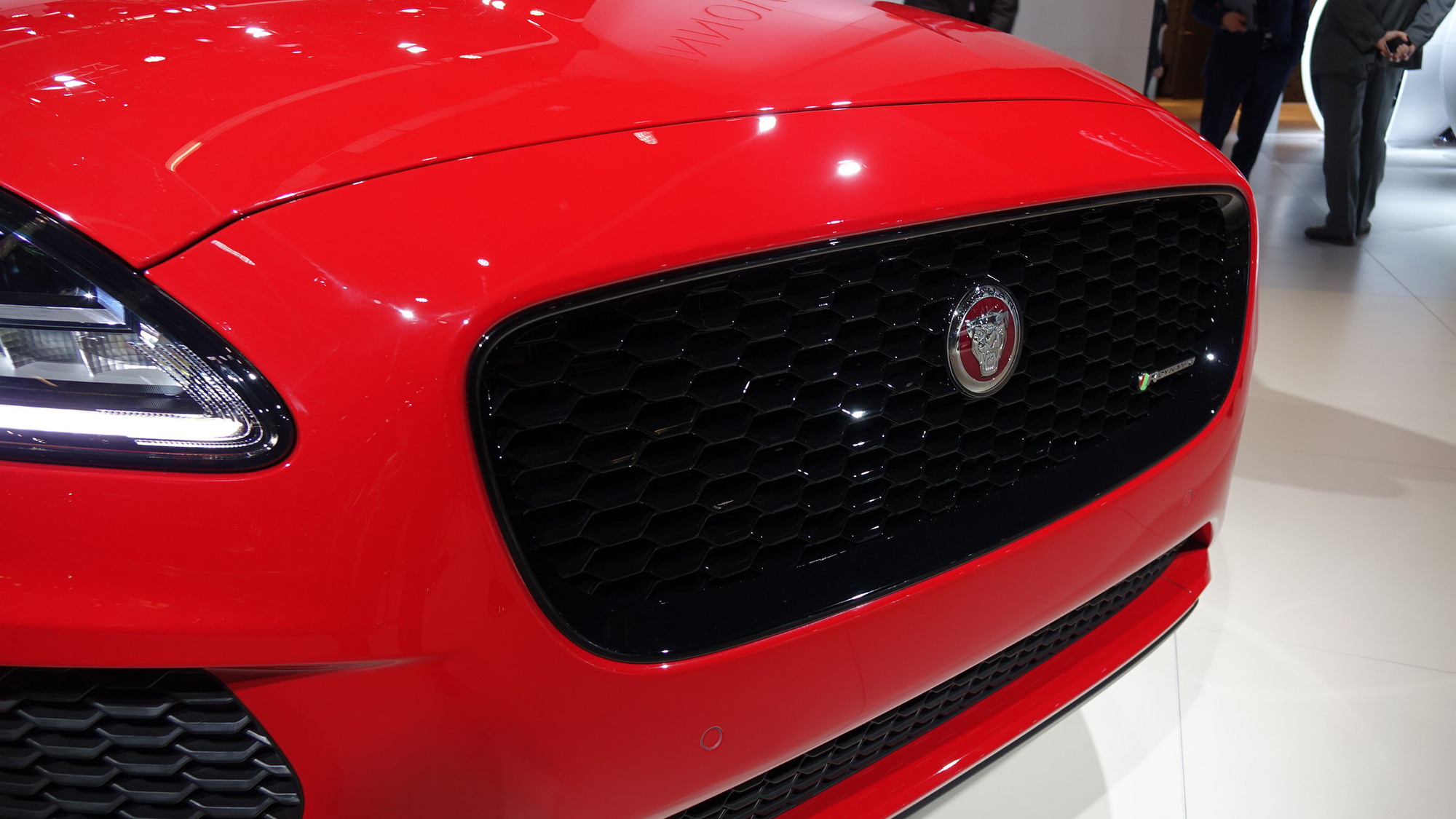 Pint-sized crossover SUVs are all the rage right now and Jaguar is joining the fun with its 2018 E-Pace.

Revealed in July, the compact SUV has since made its debut at the 2017 Frankfurt Motor Show ahead of a showroom arrival in early 2018. No doubt it's set to end up as one of the, if not the most popular model in the automaker’s lineup.

The trail has already been blazed by the larger F-Pace which soared to the top of the sales chart in only its first year on the market. A total 45,973 F-Paces were sold in 2016, equating to approximately 30 percent of Jaguar’s sales.

The E-Pace, given its handsome looks, should also be a hit. Jaguar has priced the 2018 E-Pace from $39,595, including destination. That’s quite a bit more than similar size rivals, namely the Audi Q3, BMW X1 and Mercedes-Benz GLA, which all start lower in the $30k bracket, but the Jaguar comes standard with plenty of performance.

Heck, to launch the E-Pace, Jaguar used one to set the Guinness World Records title for the “Furthest Barrel Roll in a Production Vehicle,” with the vehicle covering a distance of 50 feet. The brave man behind the wheel was stunt driver Terry Grant.

Jaguar will offer two versions of the E-Pace at launch, both powered by a 2.0-liter turbocharged inline-4. The base E-Pace offers 246 horsepower and 269 pound-feet of torque and above this is the E-Pace R-Dynamic which sports the same engine but a spicier 296 hp and 295 lb-ft. In both versions there’s a 9-speed automatic and all-wheel drive as standard. Configurable electronic chassis systems will be offered as an option.

Regardless of which you get you’re looking at a hefty curb weight of 4,175 pounds. That’s about 175 pounds heavier than the larger F-Pace (173 inches versus 186.3 inches), the reason being that the E-Pace’s LR-MS platform, also found in the Land Rover Range Rover Evoque and Discovery Sport, skips the aluminum construction of the F-Pace’s platform.

Nevertheless, the E-Pace is no slouch. Jaguar quotes a 0-60 mph time of 6.6 seconds and a top speed of 143 mph for the base E-Pace. Corresponding numbers for the E-Pace R-Dynamic are 5.9 seconds and 151 mph.

The E-Pace also looks much sportier than other offerings in this segment. Compared to the F-Pace, the E-Pace features a more chiseled look at the rear while up front is a sharper look resembling the design of the F-Type sports car.

“The combination of sports car looks with Jaguar performance will ensure that the E-Pace stands out,” Jaguar Director of Design Ian Callum said of the design.

Like all modern Jaguars, the interior has been kept simple though dressed up with some useful tech. An infotainment system with a 10.0-inch touchscreen comes standard and includes a number of apps, one of which allows you to warm up or cool down the vehicle via a smartphone. As options, Jaguar offers a 12.3-inch digital instrument cluster and two premium audio systems developed with Meridian. There are also as many as four 12-volt charging points and five USB connections as well as an optional 4G Wi-Fi hotspot for up to eight devices.

For more on the Jaguar E-Pace, stay tuned for the in-depth reviews at The Car Connection.