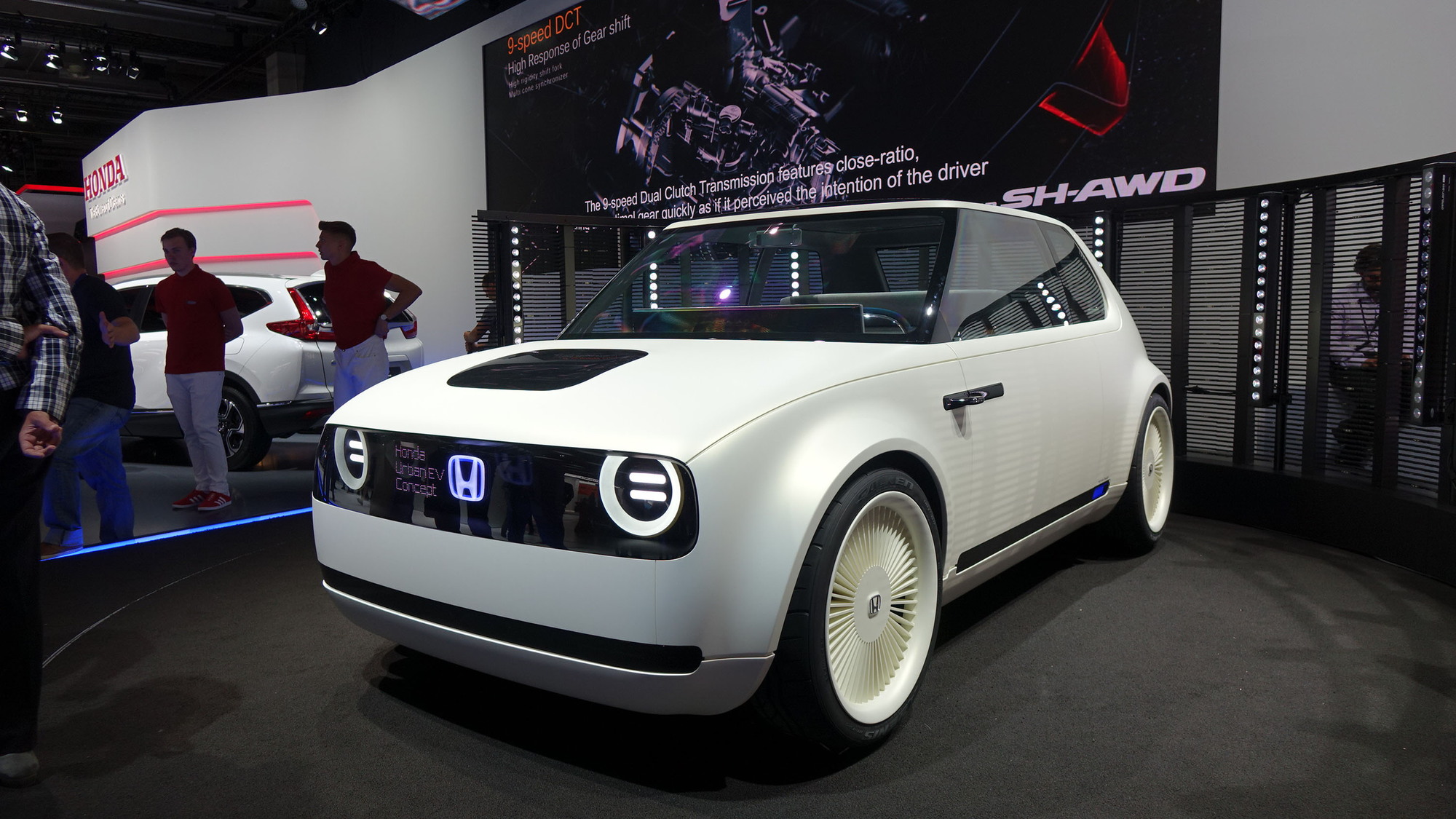 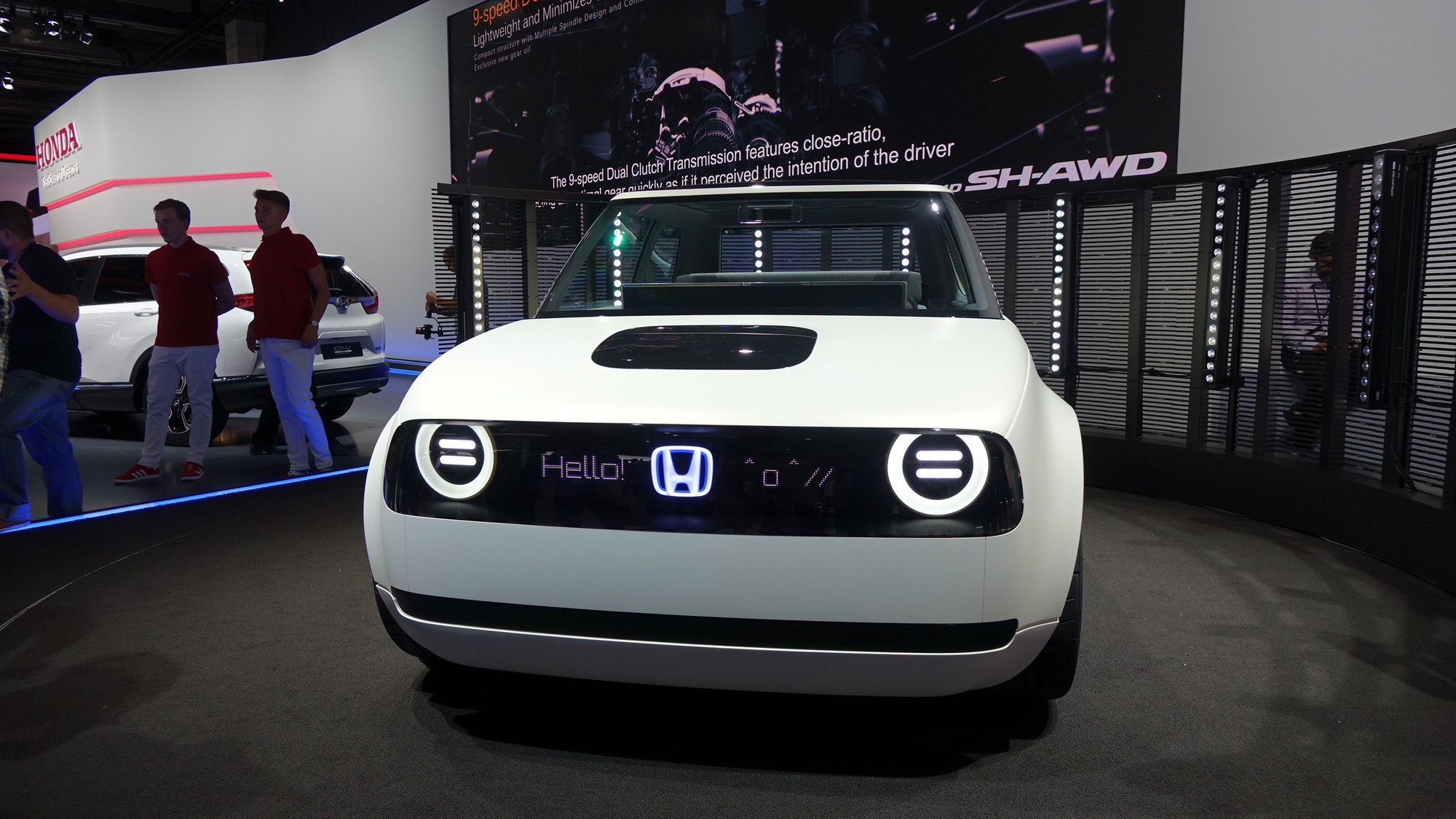 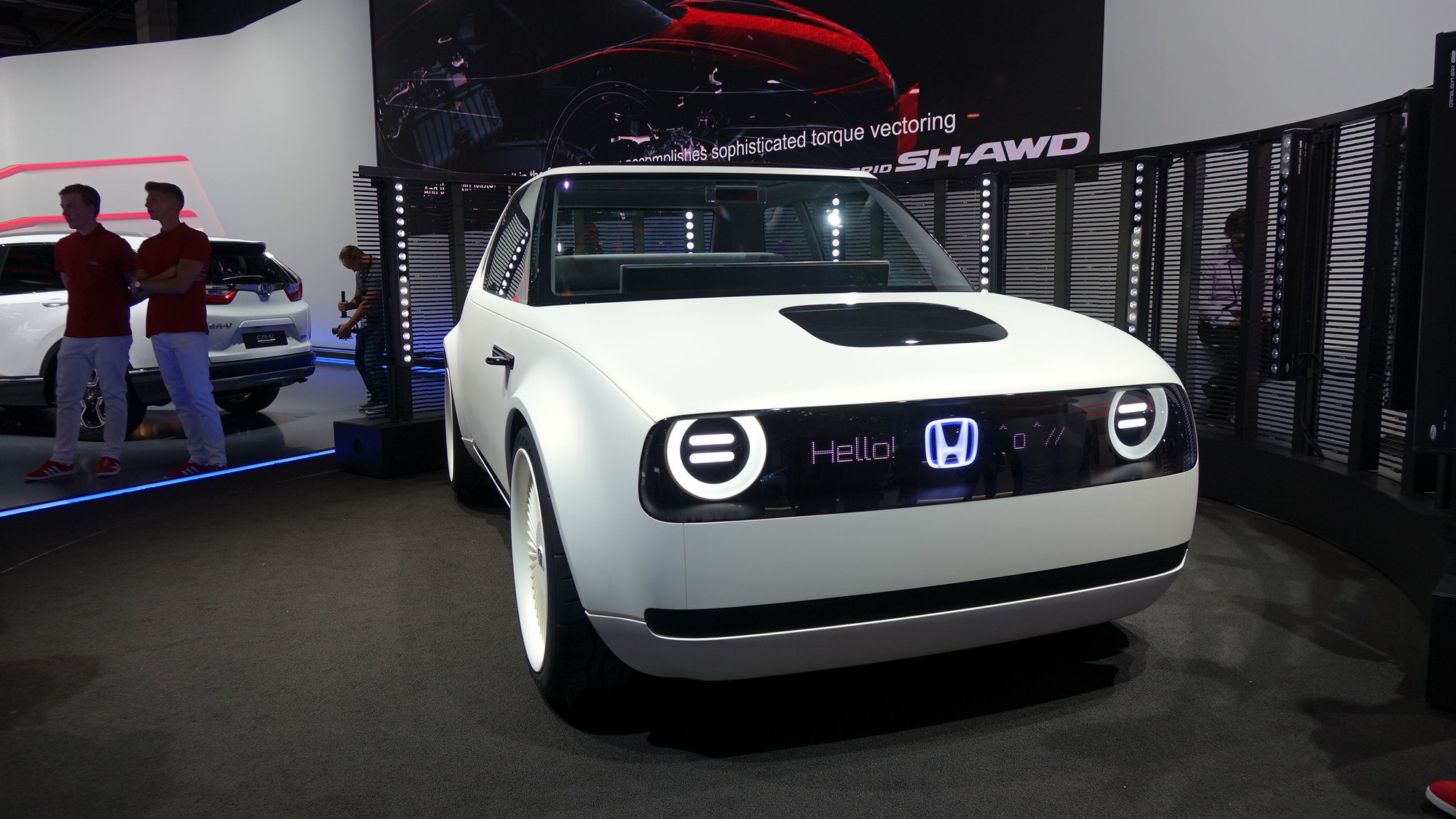 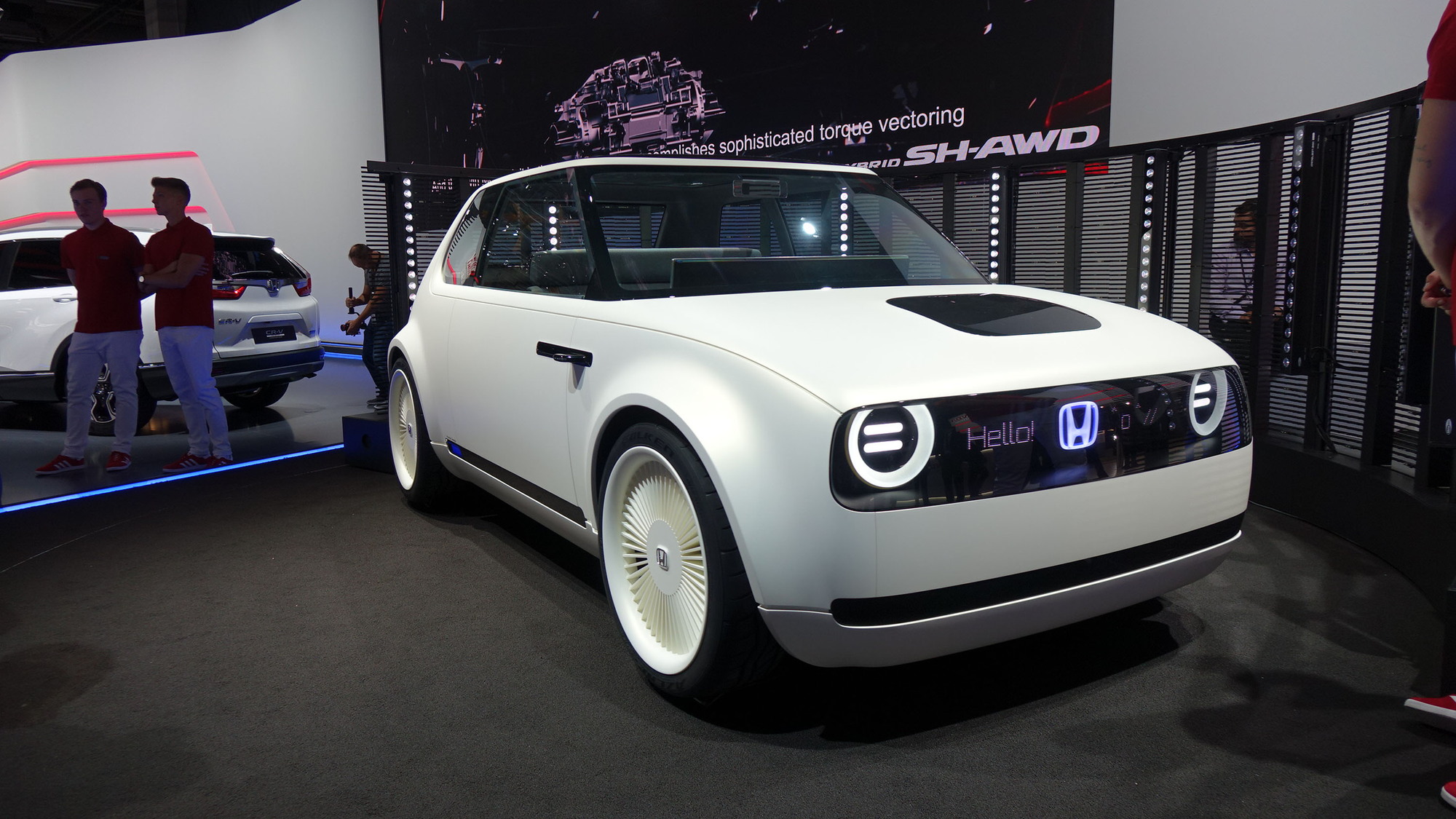 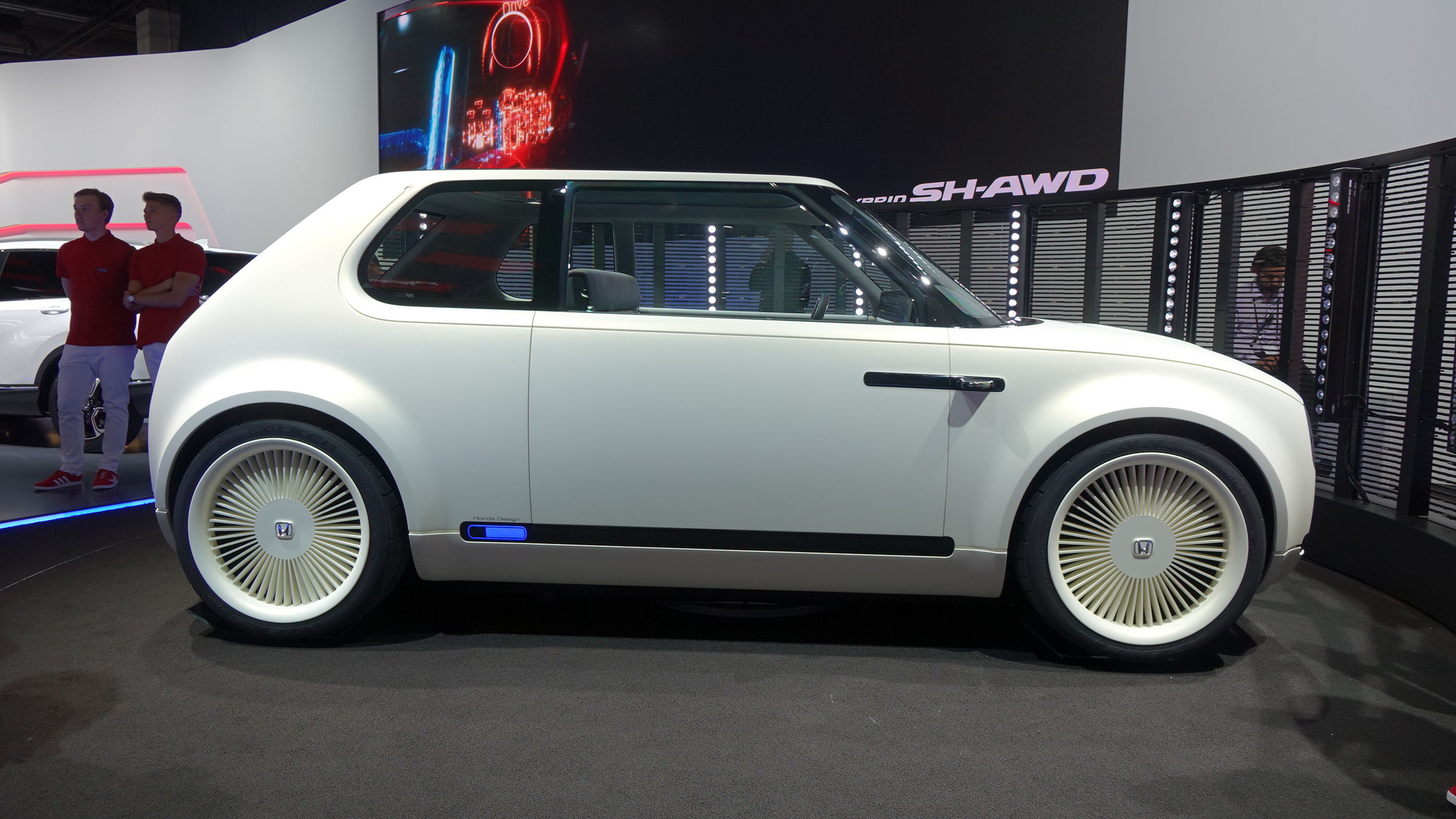 A long time ago, Honda built a car called the City. It was adorable, tiny, and has garnered something of a cult following today.

Think of the Honda Urban EV concept, which debuted Tuesday at the 2017 Frankfurt Motor Show (IAA), as more than a spiritual successor.

The City's inspiration is plain by its name—“urban” is a synonym for “city.” But it goes far beyond just a name. The compact dimensions, round headlights, rectangular grille, and even the hood decal elicit the City's look. An upright tail with square taillights continues the retro trend. We adore these touches.

It's not all retro, we see modern touches too. The blue backlighting in the Honda grille badge is a more tasteful take on the (occasionally disturbing) light-up badge trend. Owners also can program messages to display between the headlights, which…OK. A charge icon sits just above the side sills near the rear wheel arch, while a display between the taillights also displays the charge status. We aren't sure why you would want to broadcast that. As for other modern touches we're digging the huge multi-spoke wheels. They look perfectly natural and surprisingly sporty, and there's more than a little Mk 1 Volkswagen Golf GTI going on in the interaction of the front fender and wheels, too.

The cabin is all business, though. The driver and passengers enter via suicide doors and sit on a pair of benches, where they'll look out on perhaps one of the largest displays fitted to a car. Despite the outrageous nature of the display, we'd expect it to display conventional information related to the infotainment and all-electric powertrain.

Speaking of that powertrain, we don't know a lot about it. There's no information on range, power, or performance, but Honda is talking about its new Power Manager. The technology is debuting alongside the Urban EV Concept in Frankfurt and promises a method for transferring energy between a vehicle, a home, and the broader energy grid. It sounds a lot Tesla's Power Wall and similar systems, which allow owners to store energy generated by renewables and upload it back to the grid.

The best news about this little concept? It's going to see production. According to Honda's president and CEO, Takahiro Hachigo, the company will launch a production version of this car for European markets in 2019. Here's hoping U.S. sales start shortly after, because the Urban EV Concept is too adorable, too intriguing, and has too much personality to not cross the pond.