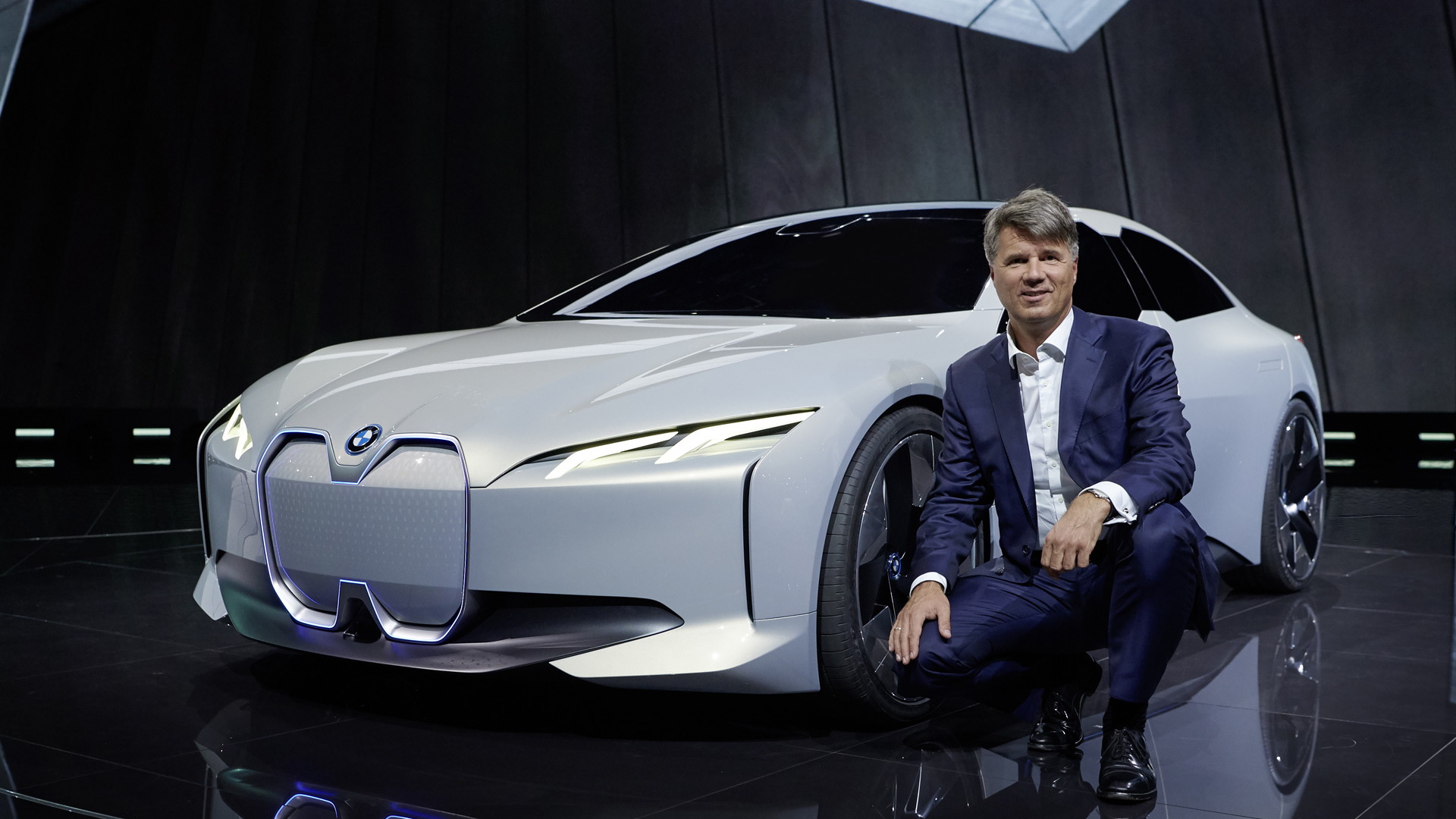 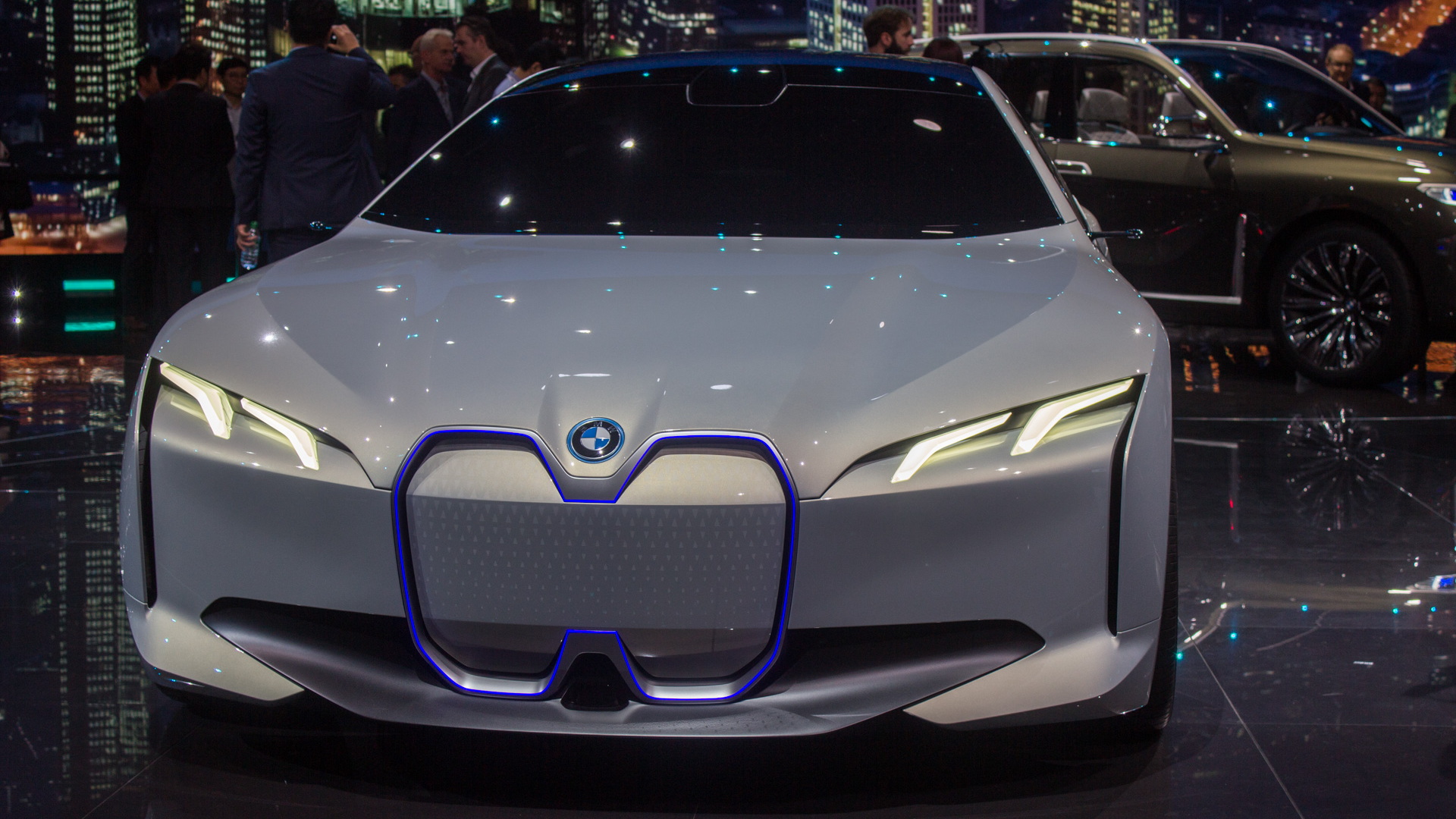 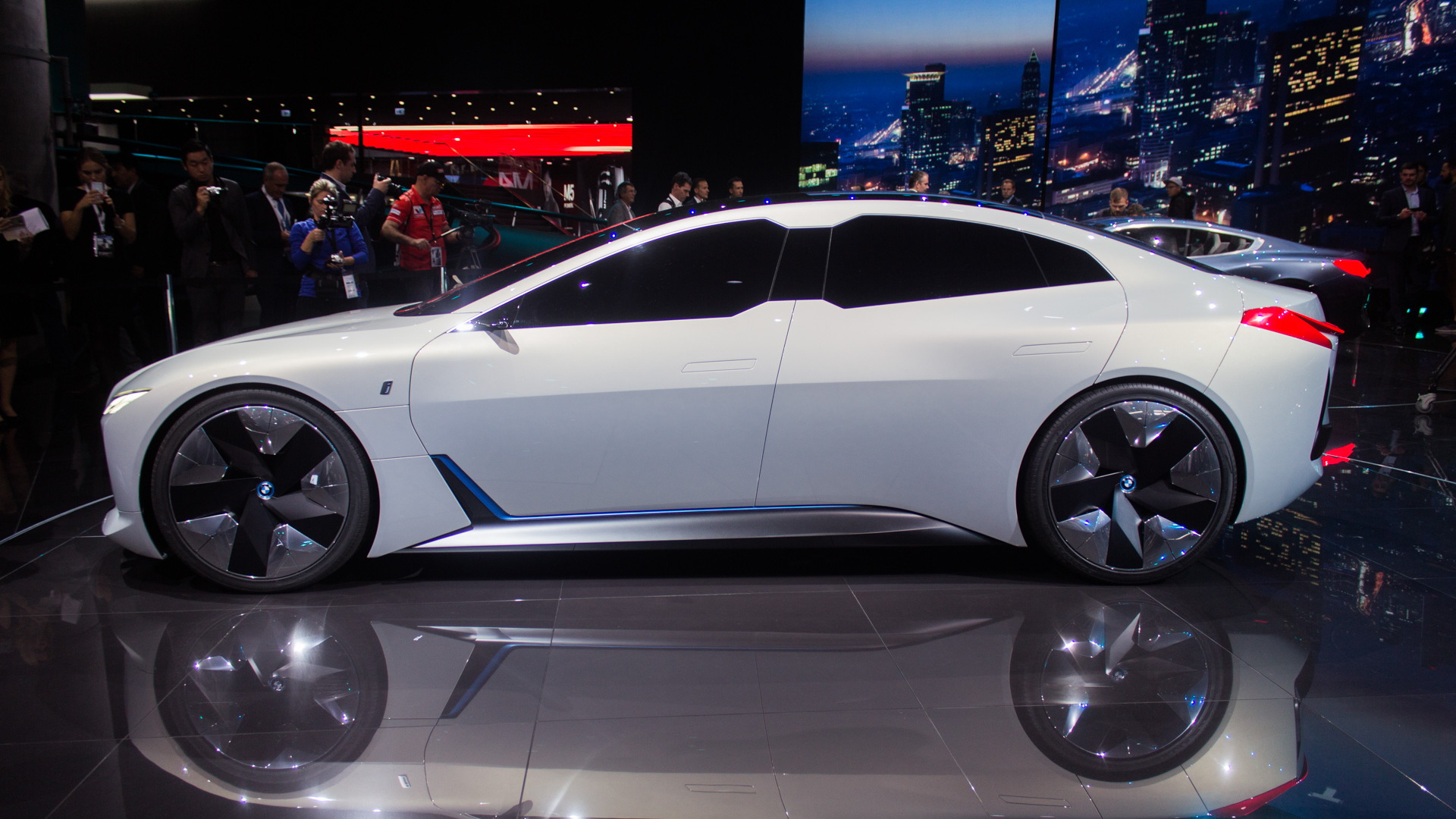 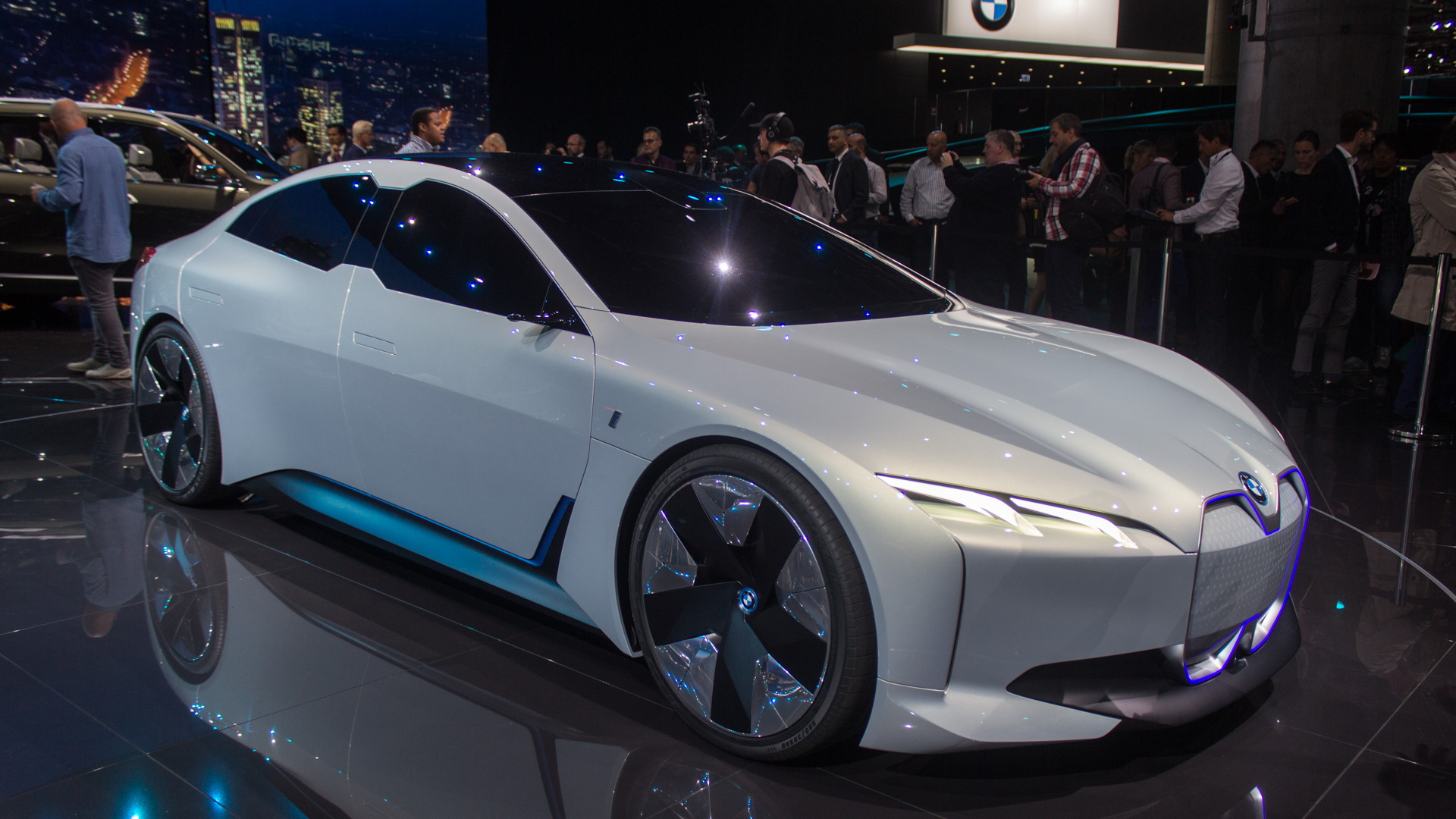 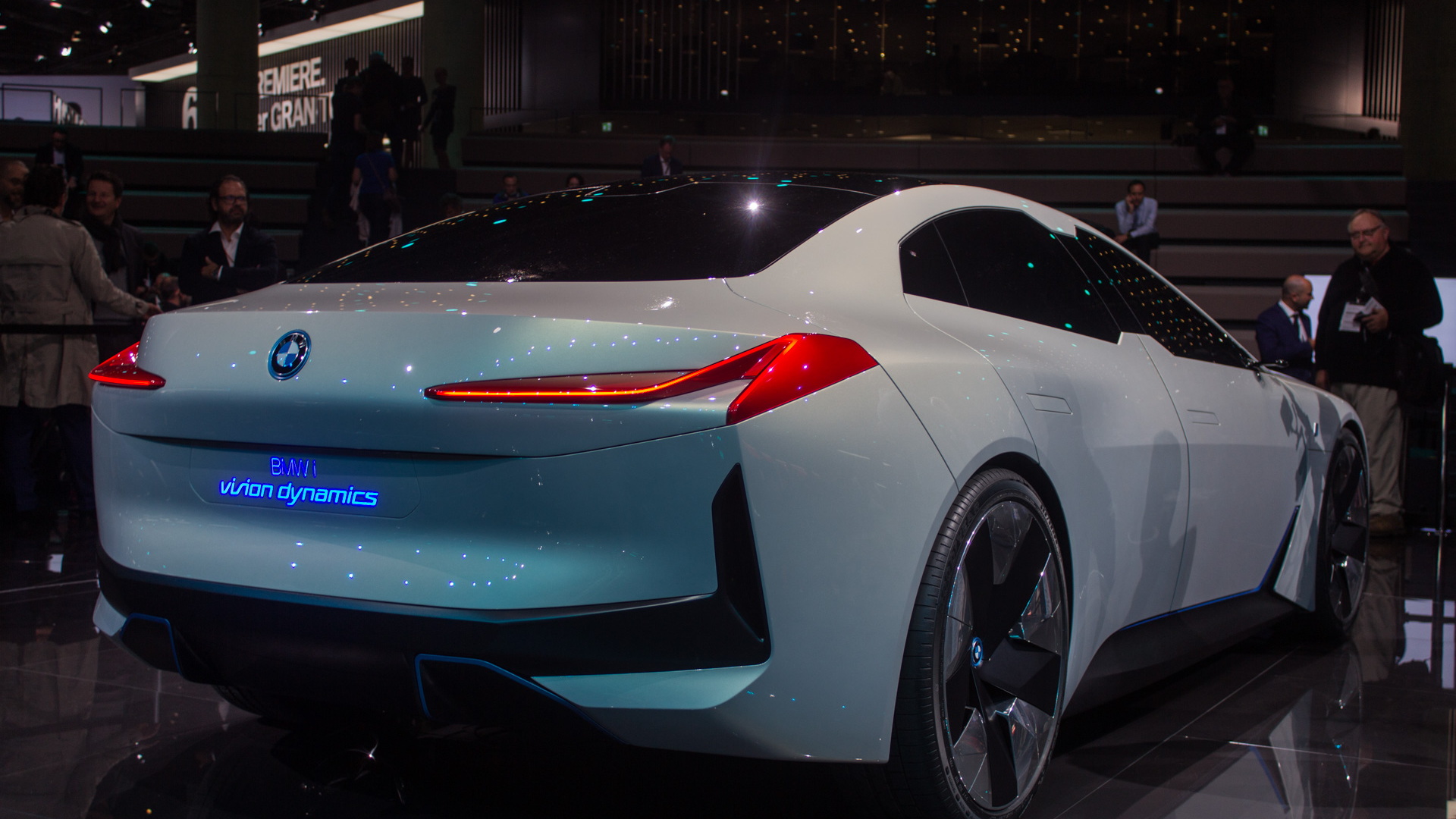 BMW is hinting at the next addition to its i sub-brand for electrified cars with a striking concept unveiled on Tuesday at the 2017 Frankfurt Motor Show.

Called the i Vision Dynamics, the concept is a low-slung sedan in the style of the automaker’s 4-door Gran Coupes, and it’s powered by an electric powertrain BMW insists is capable of 373 miles on a single charge, most likely on the more lenient European cycle.

The i Vision Dynamics is also said to be capable of 0-60 mph acceleration in under 4.0 seconds and a top speed of 120 mph.

The i Vision Dynamics is BMW’s vision of a sedan positioned between the i3 and i8. It’s not much bigger than a 3-Series, but thanks to its thin battery pack in the floor, there’s plenty of space in the cabin. The combination of a compact battery and long range was made possible by extremely dense battery cells. The battery is described as a fifth-generation design for BMW.

Although BMW hasn’t confirmed the i Vision Dynamics for production, the automaker says the concept is a clear image of “electric mobility of the near future.” Specifically, it showcases very clearly BMW’s future vision of emotionally engaging electric cars. Indeed, BMW says it wants to continue to focus its attentions on sporty and elegant vehicles in the years ahead. In other words, no more oddballs like the i3.

Instead of the overly complex design of the i3 and i8, BMW says its future i cars will adopt a more minimalist aesthetic, or as BMW describes it, “the exterior appearing as if cut from a single mold.” Much of the design is due to aerodynamics, for example the sealed grille, barely visible joins, and the flush integration of glass into the main body. 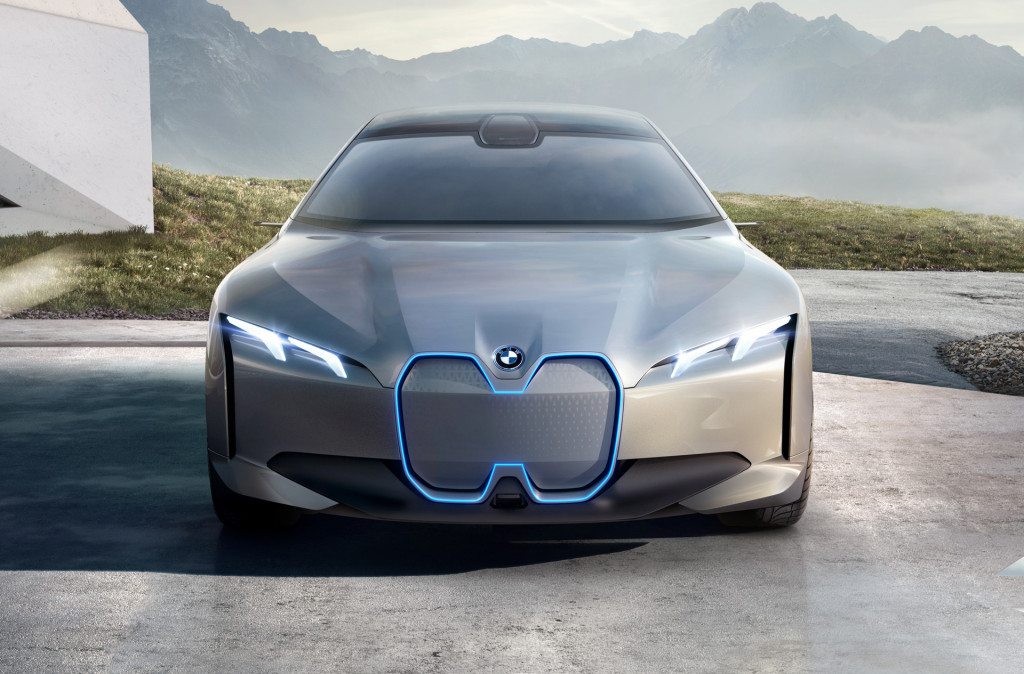 Note, the i Vision Dynamics, if it is intended for production, shouldn’t be confused with the code-named iNext which BMW has already confirmed for a launch in 2021. The iNext will combine an electric powertrain with a highly advanced self-driving system BMW is developing with partners Continental, Intel and Mobileye. The iNext is also thought to feature a more crossover-like form.

It’s all part of the BMW Group’s plan to become the leader in electric cars among luxury brands. The automaker is aiming to have 12 electric cars available by 2025. The i3 is already on sale and in 2019 we’ll see an electric Mini Hardtop, and in 2020 an electric BMW X3. Interestingly, BMW has also confirmed that all electric cars from the BMW brand, starting with the electric X3, will be grouped under the BMW i sub-brand.

Additional attractions on BMW’s stand in Frankfurt include an X7 iPerformance concept and M8 GTE race car. The automaker is also presenting once again its 8-Series and Z4 concepts that we saw earlier this year. As for production models, the automaker is debuting its recently updated i3 and new M5. For more Frankfurt Motor Show coverage, head to our dedicated hub.