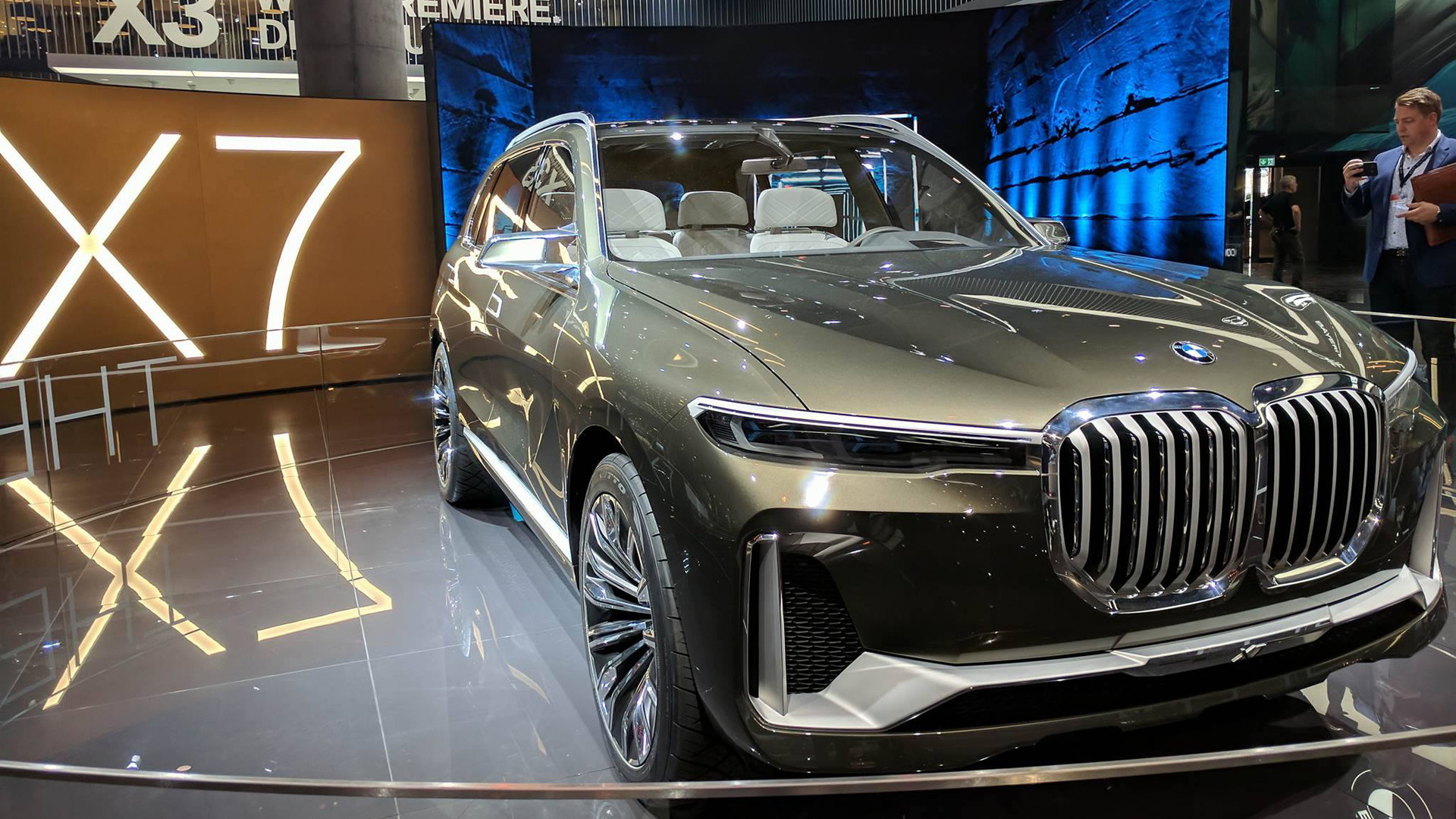 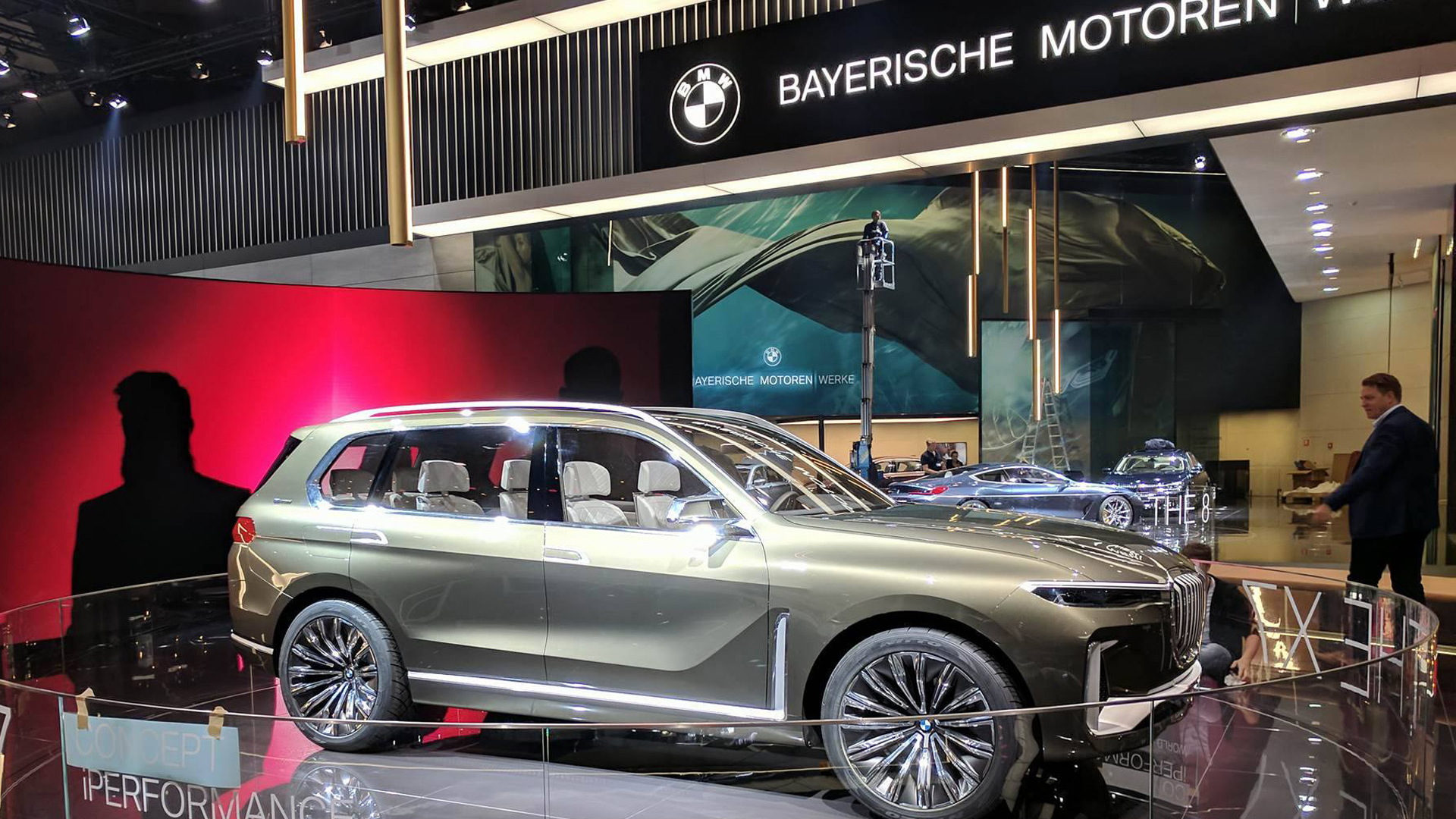 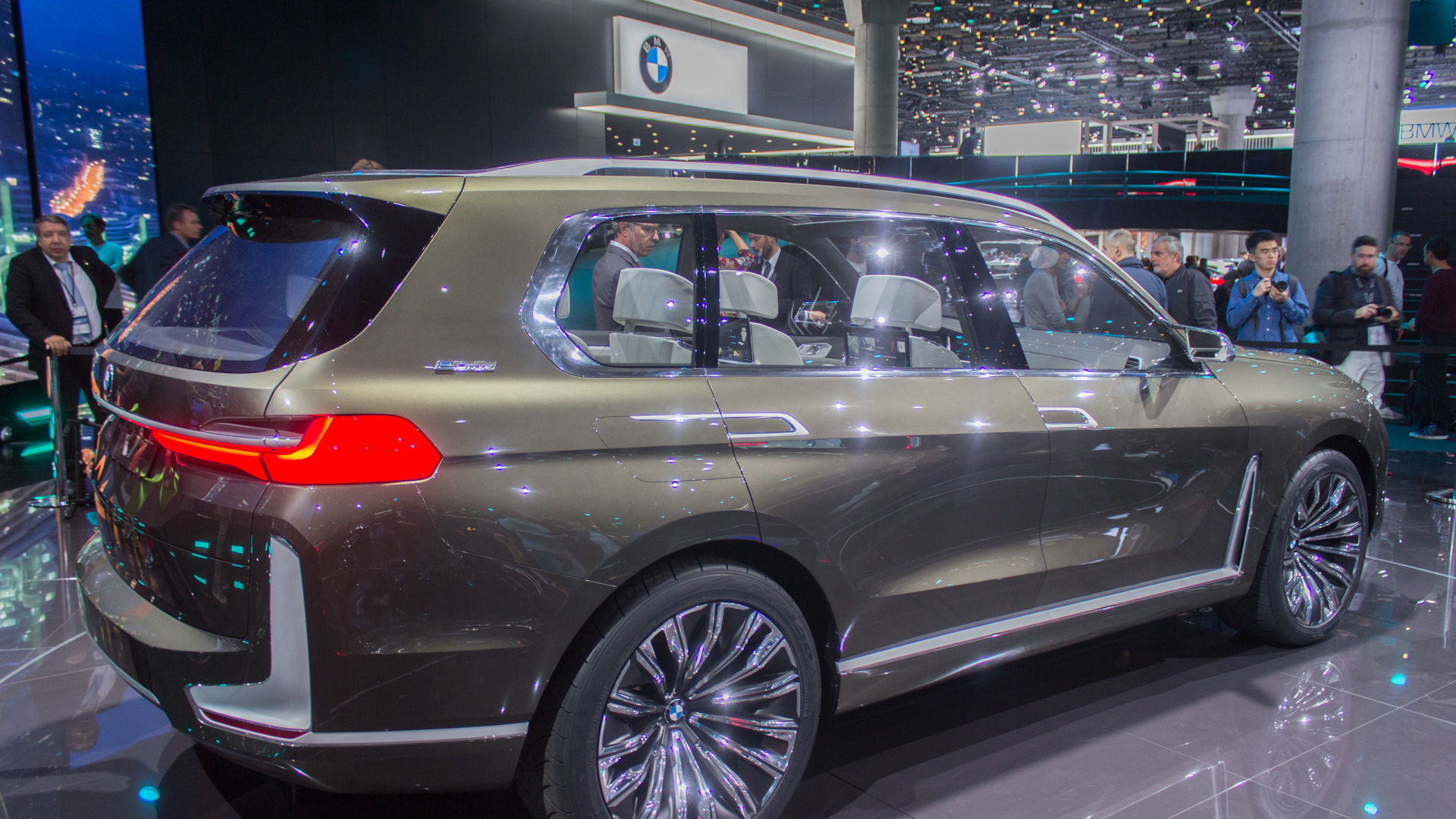 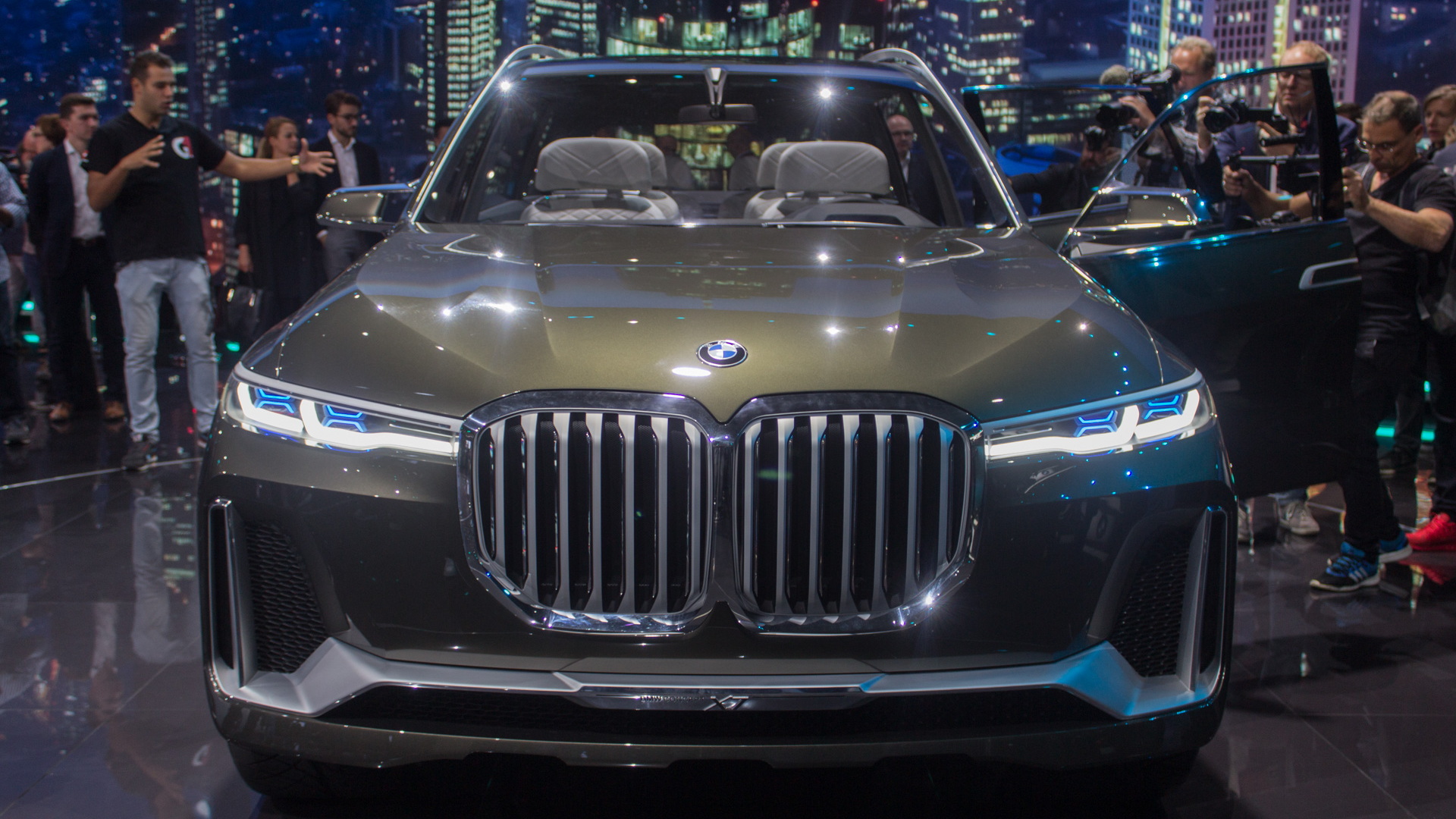 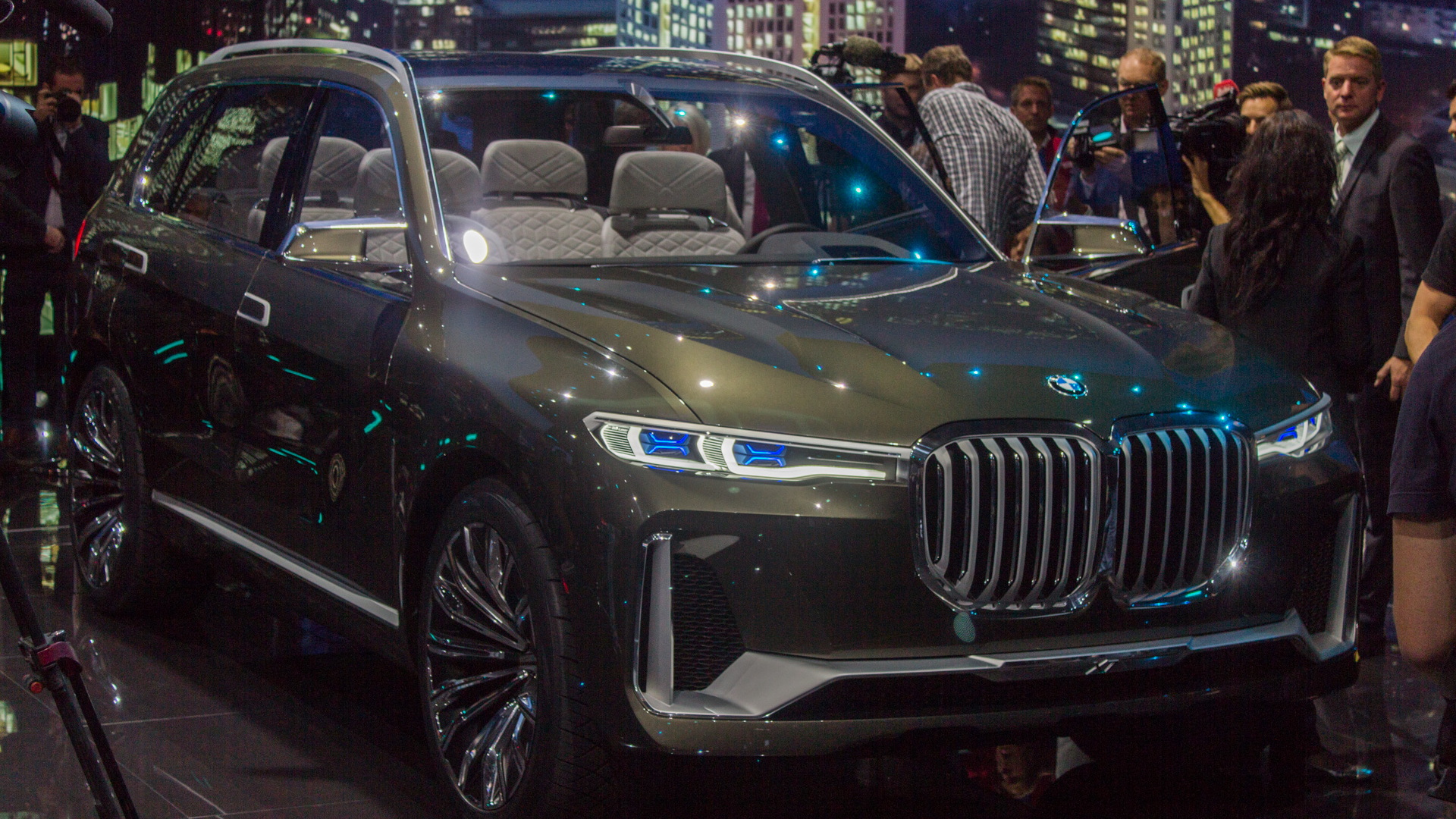 BMW’s a bit late to the full-size SUV party, but as they say, “better late than never.”

The German automaker has used its home show, this week's 2017 Frankfurt Motor Show, to present the X7 iPerformance concept, a hulking SUV with typical BMW design cues coupled with a plug-in hybrid powertrain and a light and airy cabin.

Although it’s a concept, the X7 iPerformance is a thinly veiled preview of a new X7 BMW will add to its lineup next year. Though yet to be confirmed, the production X7 will likely feature the carbon fiber-infused version of BMW’s CLAR modular platform which right now is only found in the 7-Series.

A new kind of luxury

The X7 iPerformance also signals the design we can expect for the interiors of future BMW models. Instead of cramming the cabin with old-world features, the designers went with sleek, minimalist and high-tech cool. This was achieved via elementary forms, high-class materials and the latest in infotainment and connectivity.

It also adds to the feeling of lightness in the interior and thus the sense of comfort. In addition, a large panoramic roof lets in plenty of light and makes the space feel even bigger. There are six seats spread over three rows, but count on the production version to have seven seats. Materials used include leather (a mix of white and dark, olive-bronze), open-pore ash wood, and matte and polished aluminum.

There’s also no missing the numerous digital screens. For the driver there’s a 12.3-inch screen serving as the instrument cluster. A second screen of similar size and with touch capability sits at the top of the center stack. The effect is of one unbroken display, much like in the high-end models from Mercedes-Benz. Two more touchscreens are found in the second row, allowing more passengers to stay connected or entertained while on the road.

The X7 will be built at BMW’s plant in Spartanburg, South Carolina and should reach showrooms late next year. It was confirmed as early as 2014 and prototypes have been running in the wild since at least 2016. We’re expecting it as a 2019 model, with inline-6, V-8, and plug-in hybrid options.

BMW’s absence from the segment was notable, as the automaker was a pioneer with its original X5, arguably one of the first SUVs to offer car-like ride and handling. The X5 also proved a key player in transforming the SUV segment into a mainstream one.

Like the X5, the X7 should quickly prove to be one of the more compelling options in its class. Potential rivals include the Cadillac Escalade, Infiniti QX80, Lexus LX, Lincoln Navigator, Mercedes-Benz GLS and Land Rover Range Rover.

Coinciding with the reveal of the X7 iPerformance concept, BMW announced a new strategy for its upper echelon models, i.e. the upcoming X7 and 8-Series as well as the existing 7-Series and i8. Not only will the cars come with unique design treatments and features, they’ll also sport a black-and-white version of the BMW roundel first used 100 years ago. It will feature the company name “Bayerische Motoren Werke” in full to highlight BMW’s long history.

BMW has a busy stand in Frankfurt. In addition to the X7 iPerformance, the automaker is also presenting an electric sedan concept from its BMW i sub-brand, an M8 GTE race car, the 8-Series and Z4 concepts that we saw earlier this year, as well as the new M5 and recently updated i3 range.