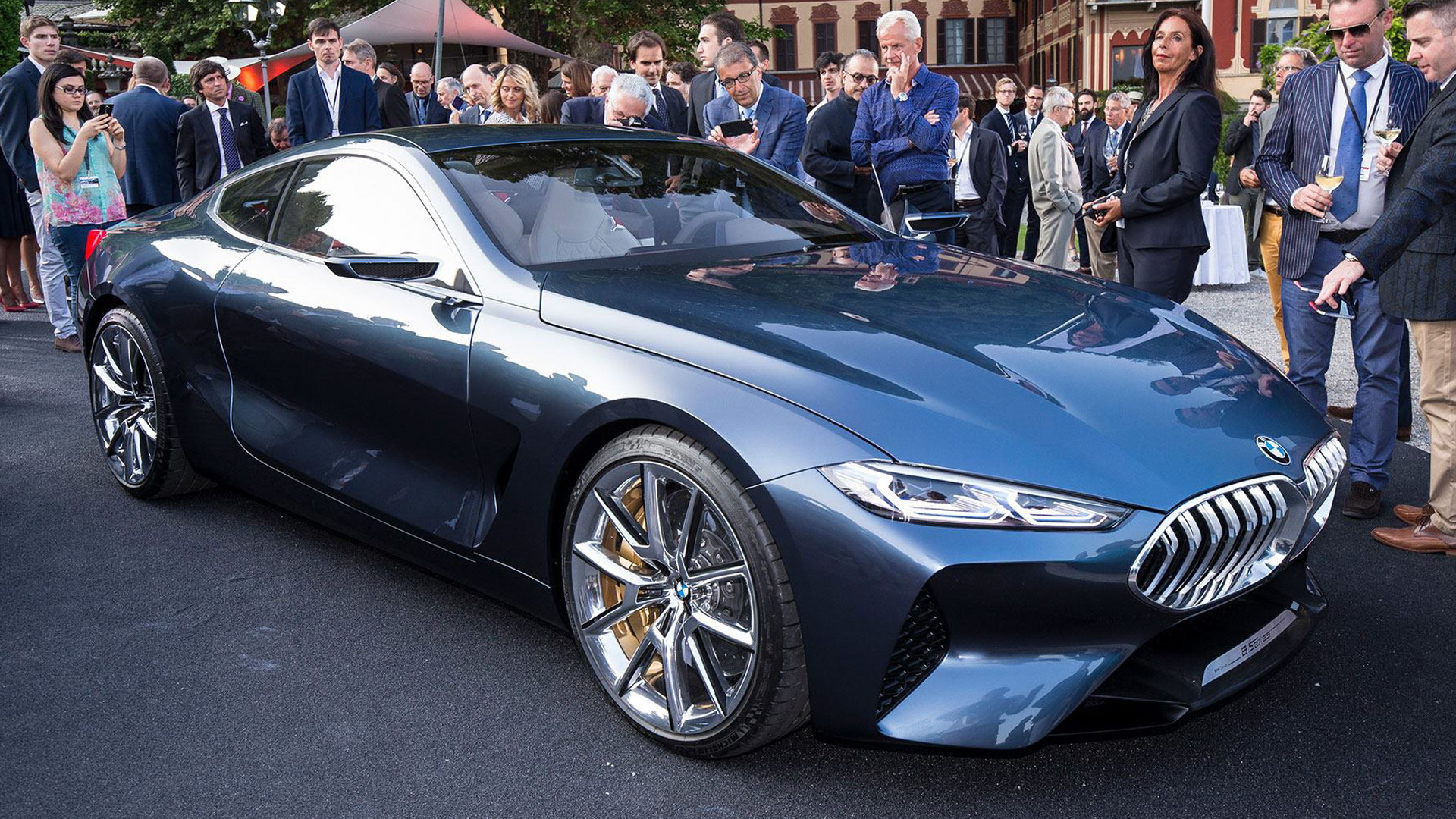 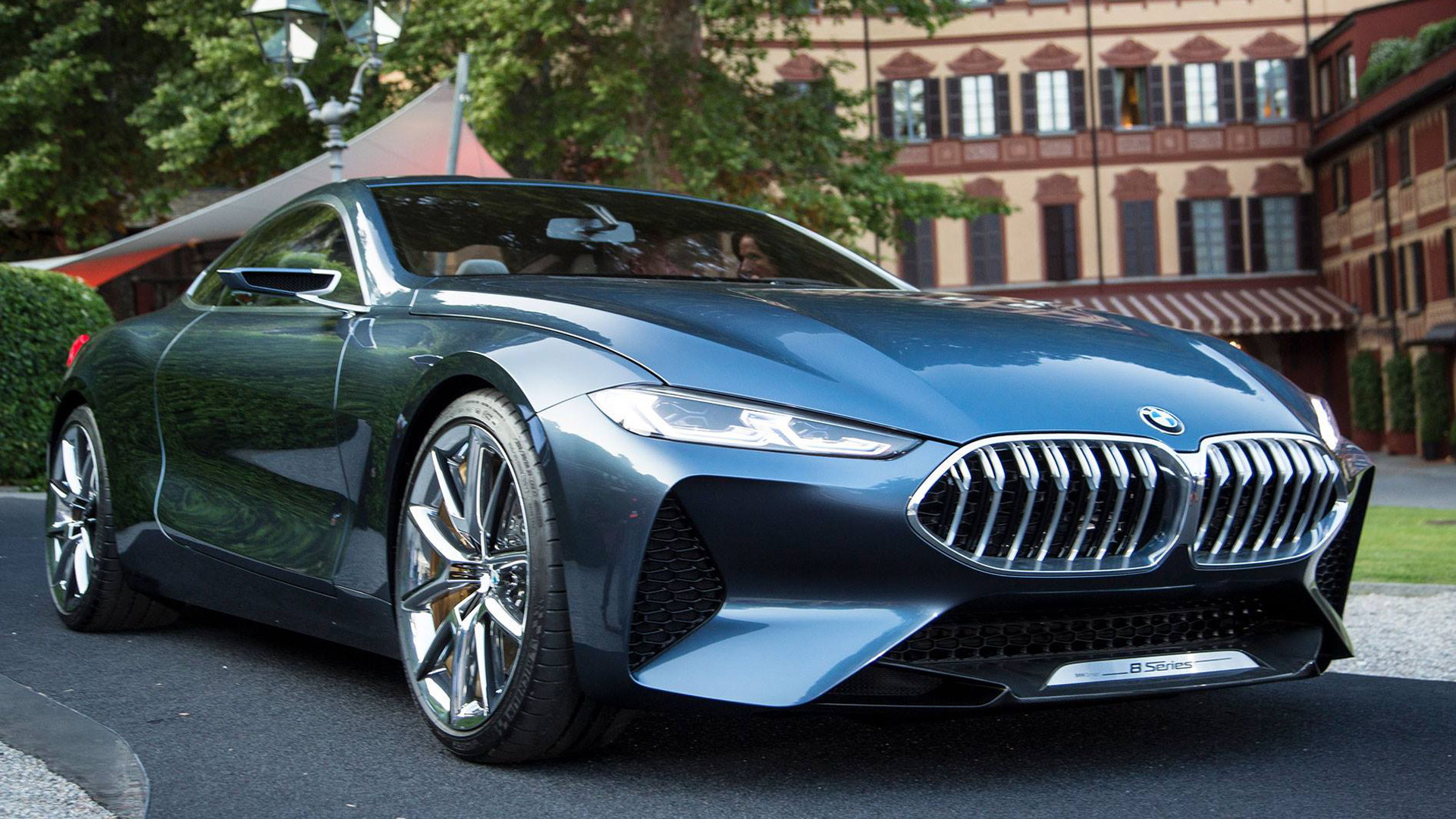 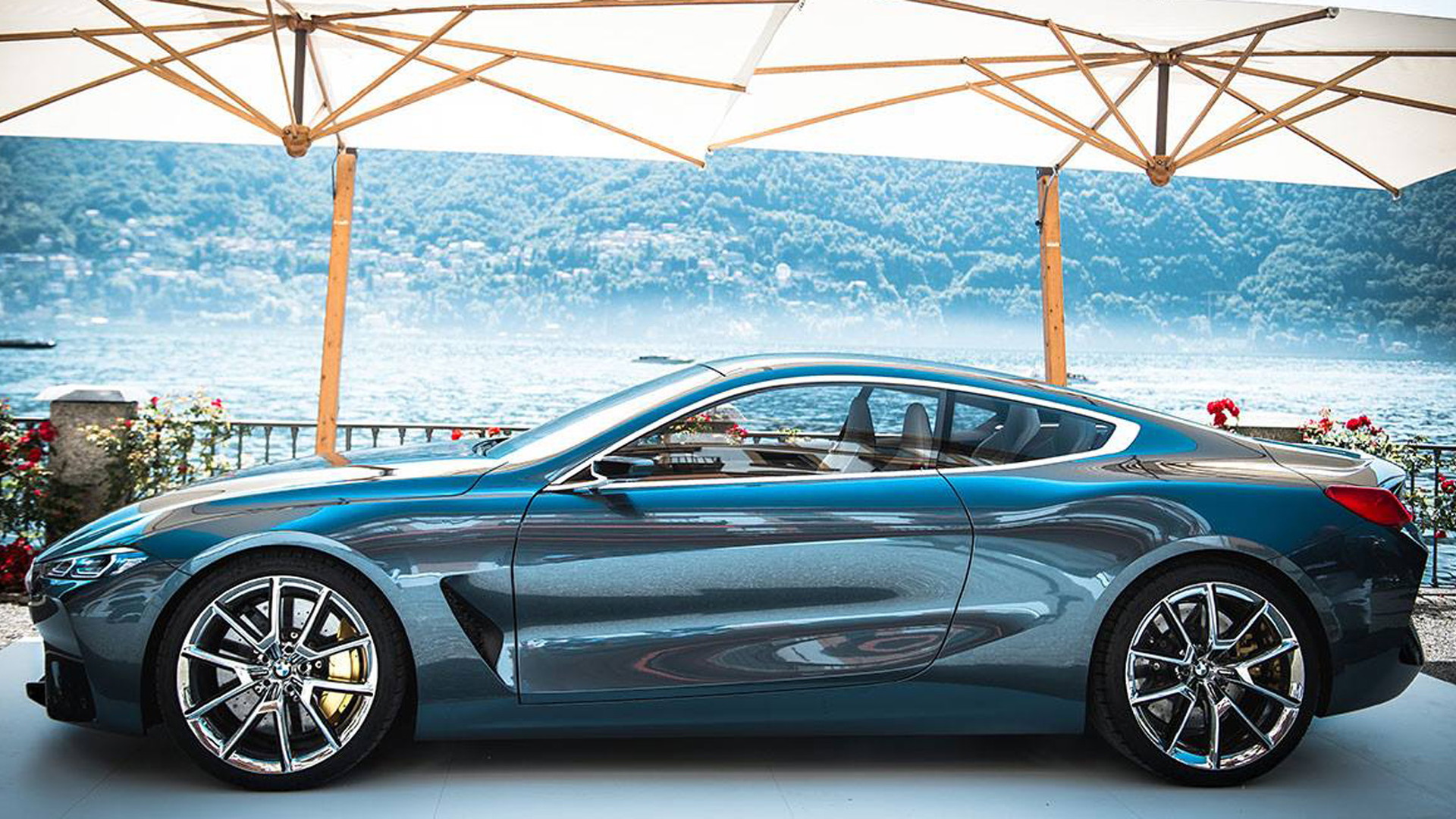 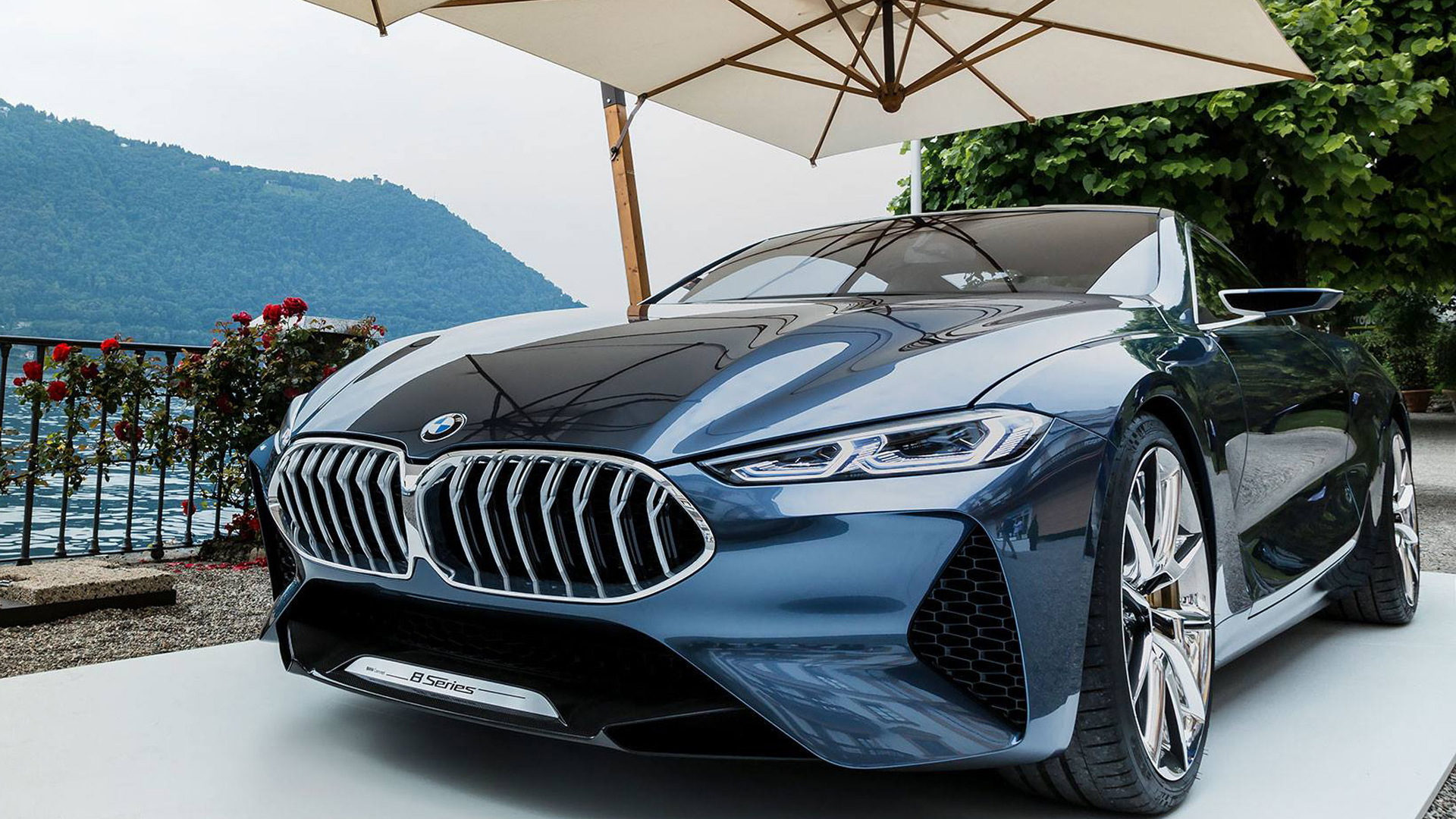 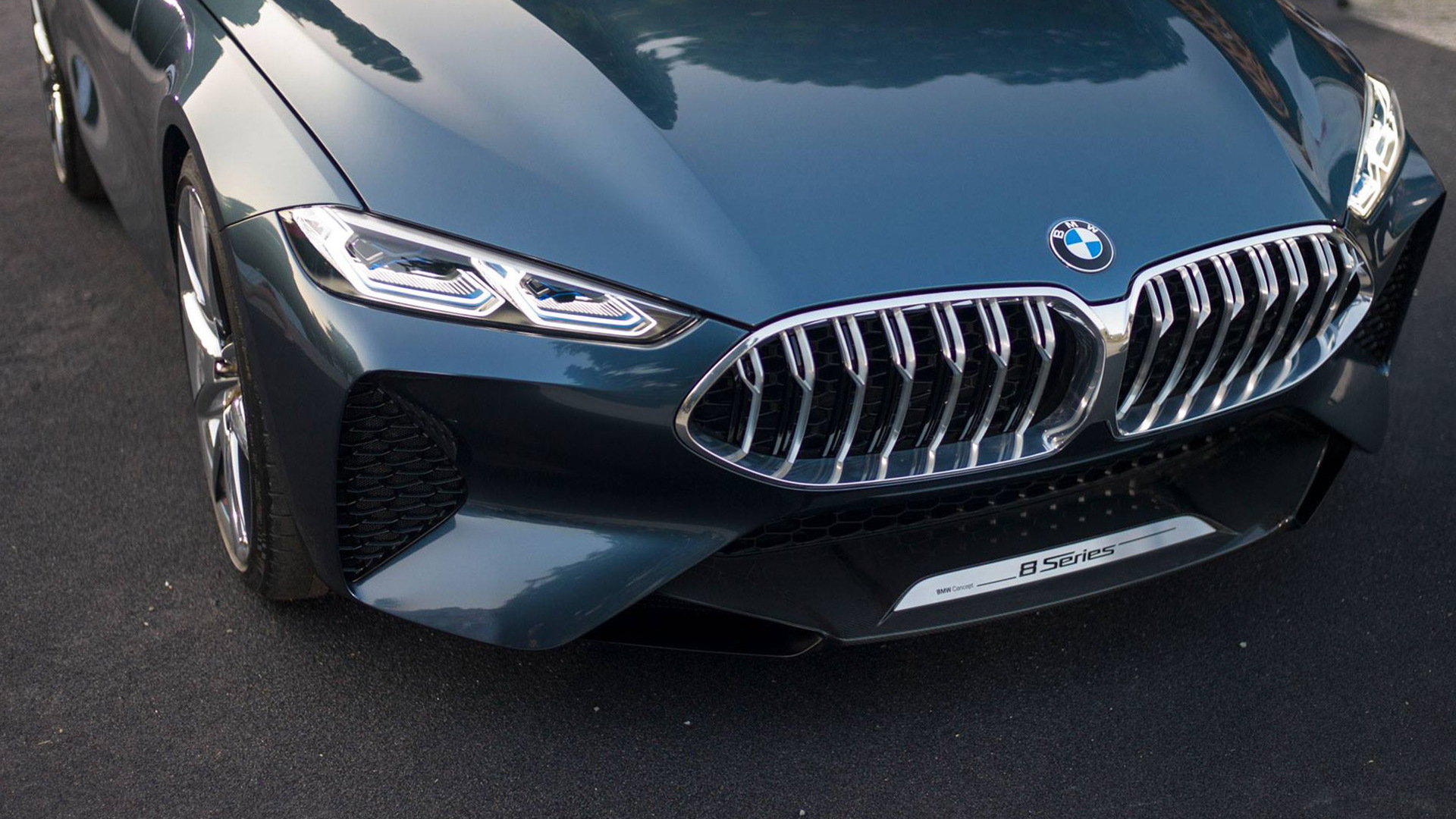 BMW stunned audiences at this past weekend’s 2017 Concorso d’Eleganza Villa d’Este in Italy with the unveiling of the 8-Series concept.

The sultry coupe introduces a new and very modern take on the typical BMW design cues. BMW design has been in a funk for some time so the marked change in direction depicted on the concept is certainly welcome.

BMW describes the design as the essence of a modern-day BMW coupe, though it isn’t some flight of fancy of the automaker’s designers but rather a close representation of a production 8-Series due in 2018.

The grille has been supersized and now sits much lower to the ground than on any current BMW. It even protrudes to form a nose and is dressed in plenty of brightwork. Flanking it are slit-like headlights made impossibly narrow thanks to laser light technology.

Especially impressive is the lack of creases typically found on the flanks of modern BMWs, a vestige of the Chris Bangle era. Even the most sacred of sacred BMW design elements, the Hofmeister kink, has been reworked to give the profile a more dynamic look. The result is a silhouette that spreads low and powerfully over the road.

And finally, as you move towards the rear, you’re greeted by very wide shoulders and a taught tail with crisp lines. This is what the rear of the BMW i8 should have looked like and not the hot mess we actually received.

Compared to the exterior, the interior is rather subdued. This isn’t a bad thing as uncluttered is always better than fussy, though compared to the cabins of the Mercedes-Benz S-Class and Lexus LC, which the production 8-Series will line up against, it doesn’t seem as luxurious.

Among the standout design elements are the fluid transition from the instrument cluster into the doors and the sporty, enveloping feel of everything. This impression is enhanced by the smooth connection between the center console and instrument cluster and low mounting of the infotainment system’s display screen. Premium elements include Merino leather, hand-polished aluminum and real carbon fiber.

BMW built its reputation on being the sporty alternative among its rivals, though that reputation has become dull in recent years with the introduction of front-wheel-drive minivans, underwhelming electrified cars, and bloated sedans and SUVs.

The 8-Series concept and the production model it previews is out to end that trend. The concept, as BMW Group design boss Adrian van Hooydonk explains, represents a “full-blooded high-end driving machine.”

BMW will introduce the production 8-Series in 2018. Also in the pipeline are an 8-Series Convertible and high-performance M8. An 8-Series Gran Coupe is also possible given the strong demand for sedans in the key markets of the United States and China.

To make way for the 8-Series models, BMW is phasing out most of its 6-Series. The nameplate will continue, albeit on a successor to the stodgy 5-Series Gran Turismo as opposed to coupes and convertibles.