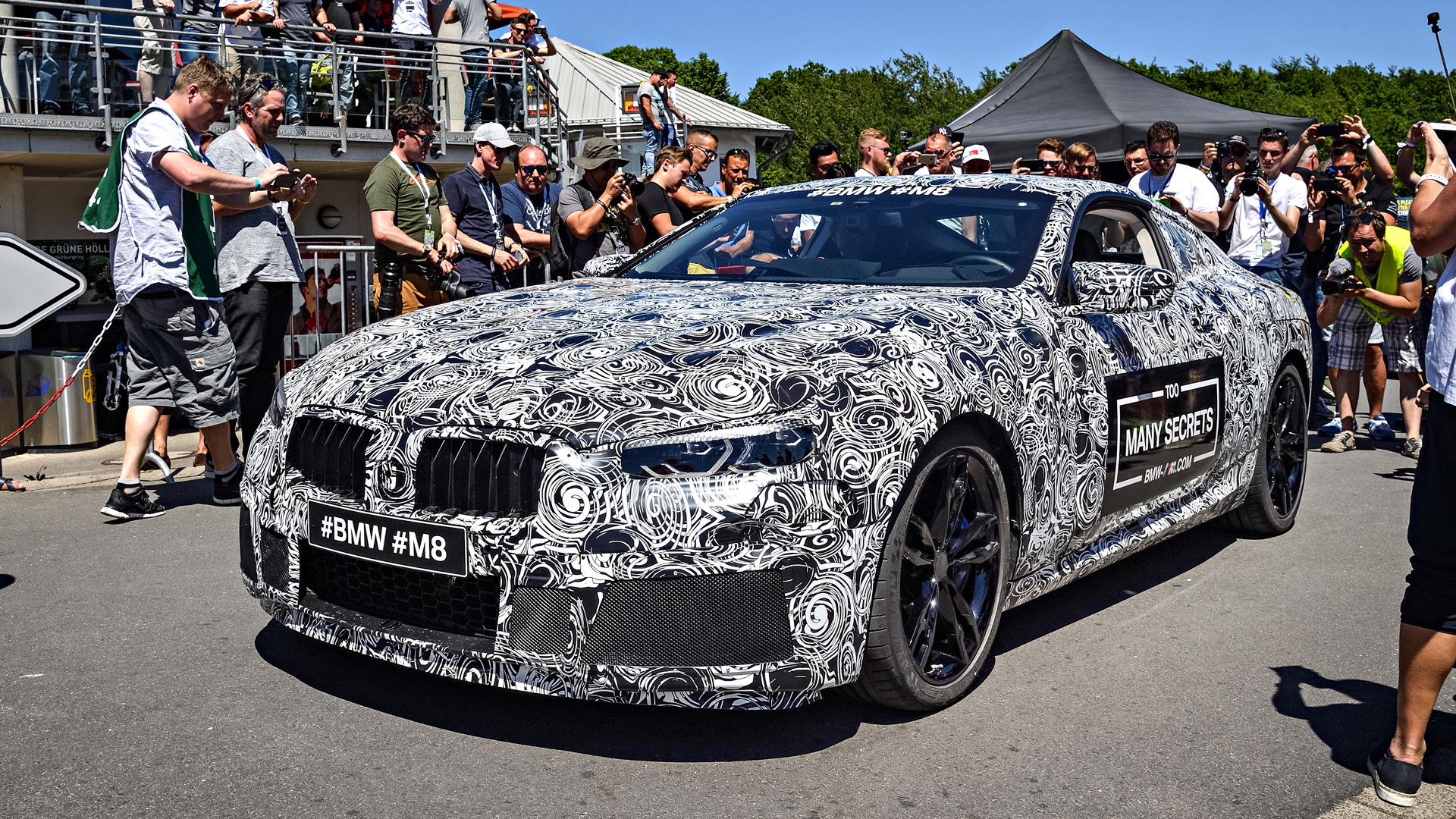 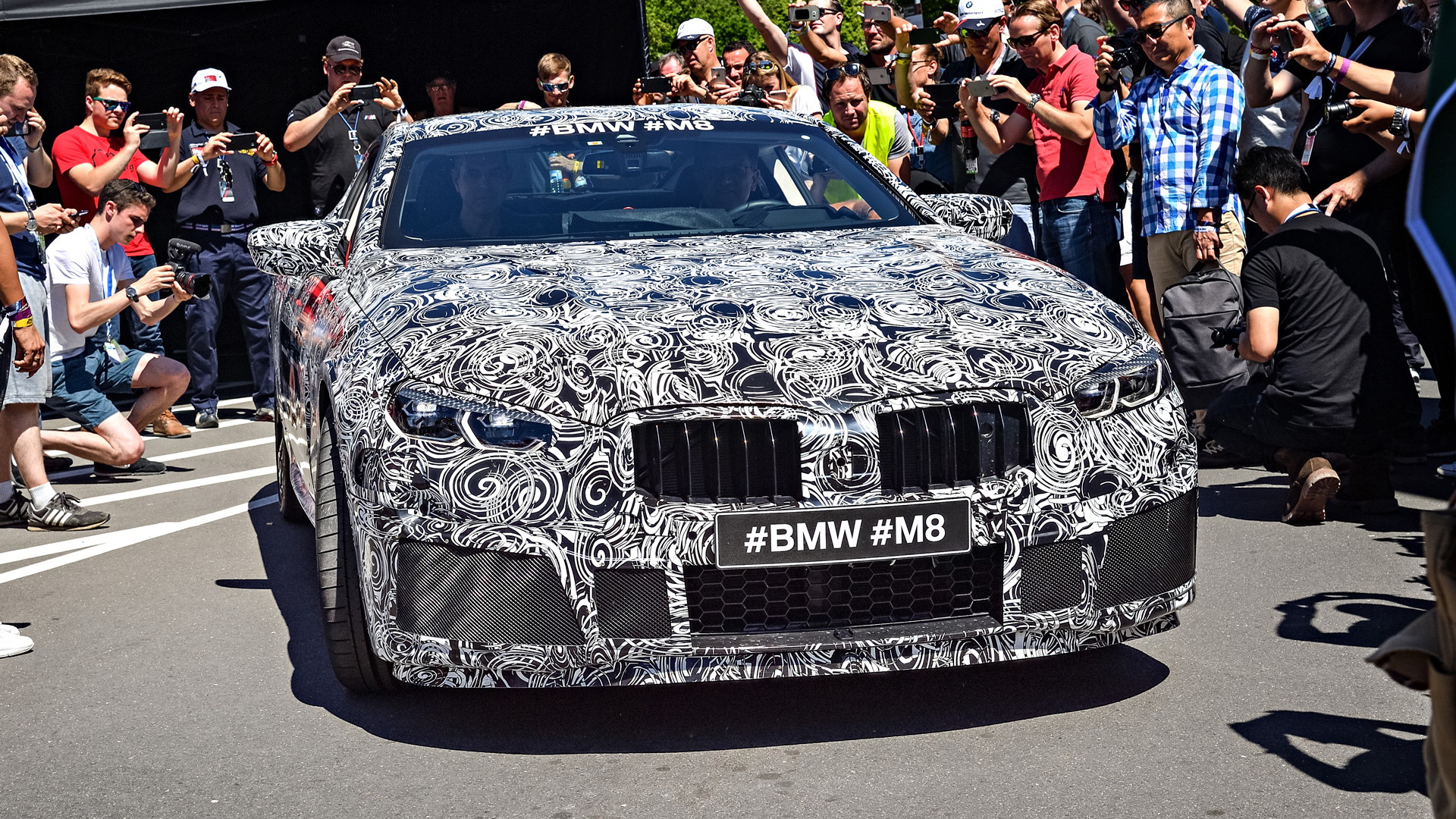 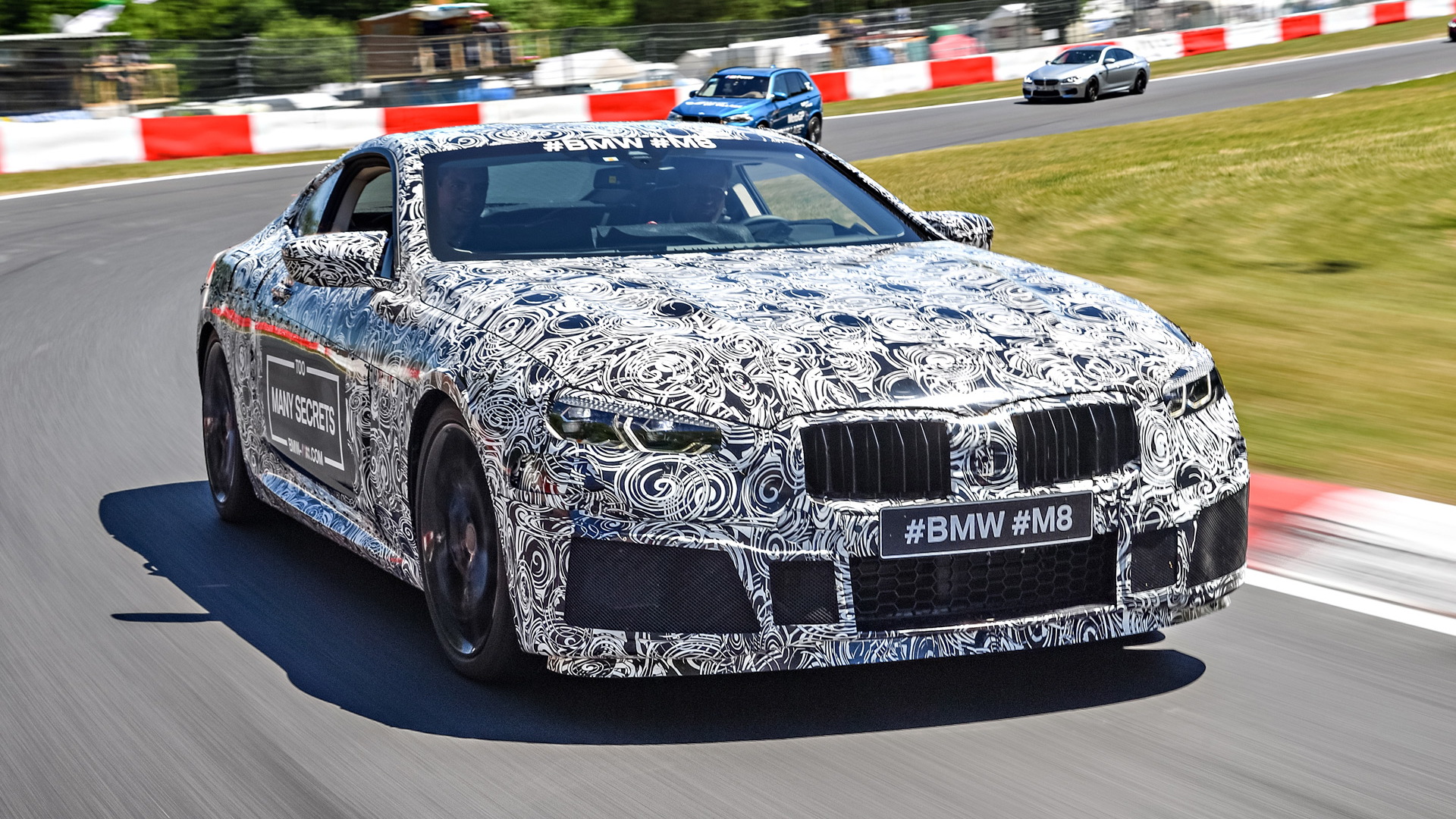 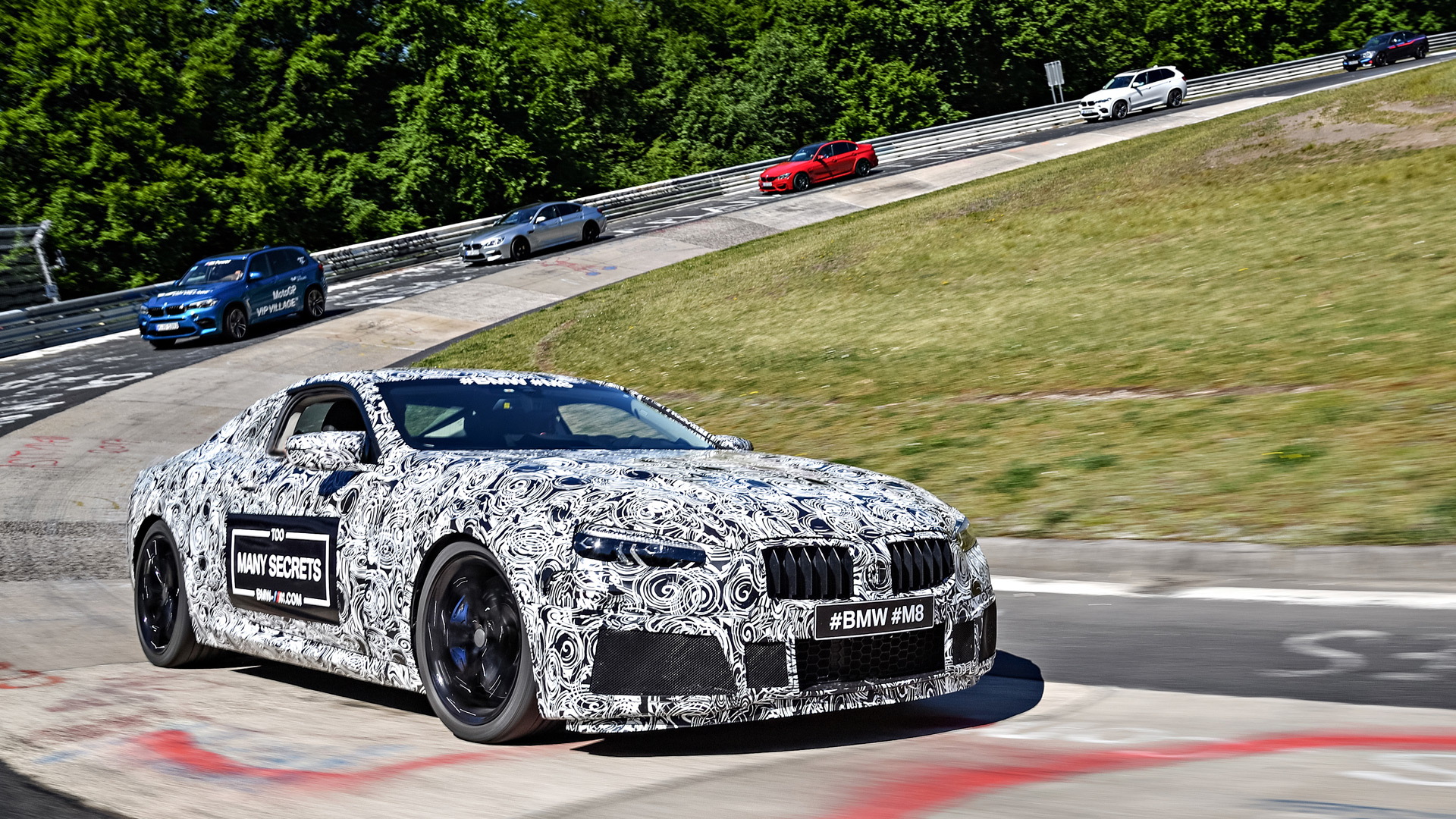 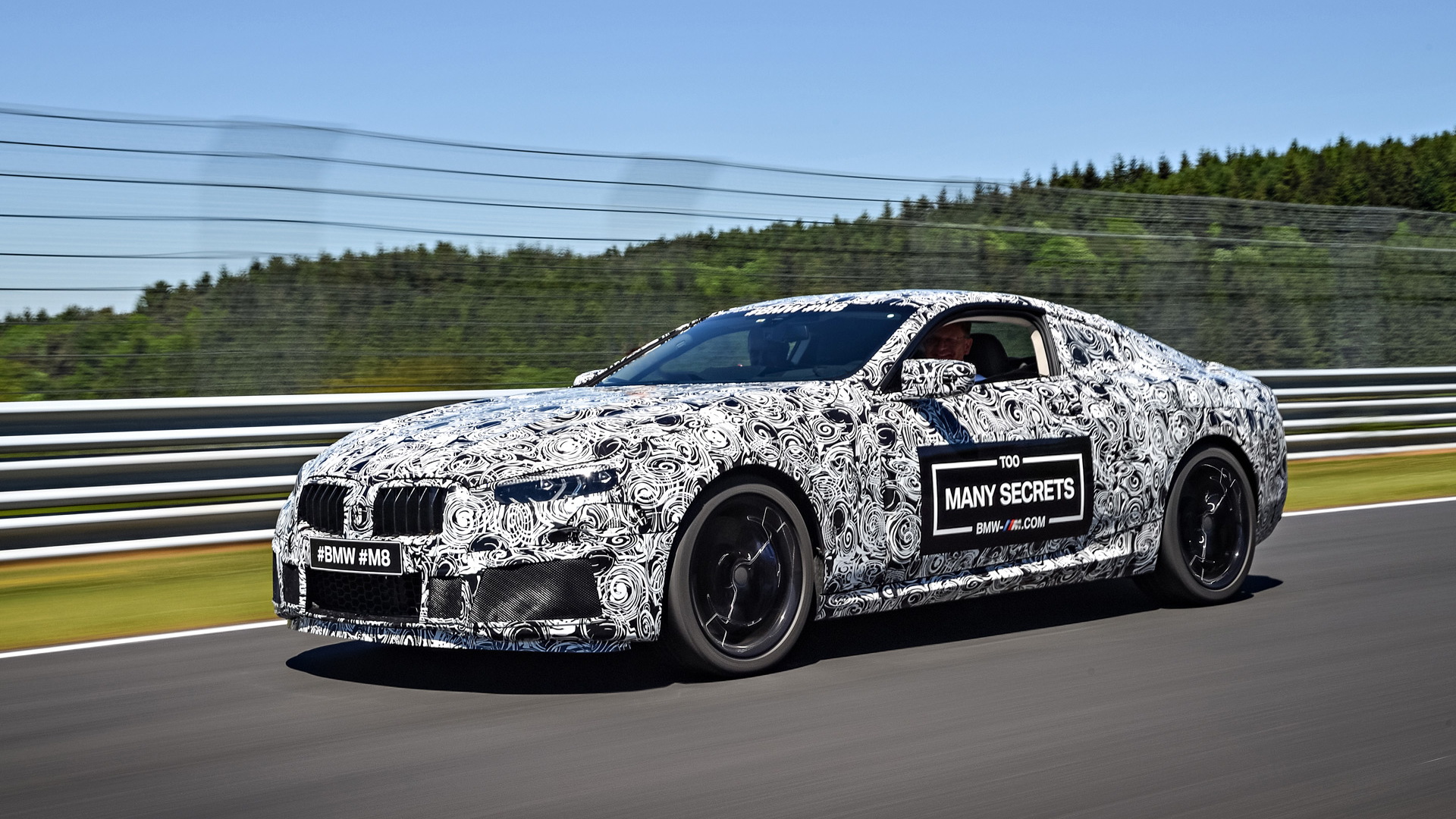 BMW M used this weekend’s M Festival held at the Nürburgring to confirm an M8 performance flagship will form part of the new 8-Series range currently in the works.

The first member of the new range will be a regular 8-Series coupe. It debuts in 2018 and was previewed on Friday at the 2017 Concorso d'Eleganza Villa d'Este in Italy by an 8-Series concept. The M8 is expected to arrive shortly after the regular 8-Series.

At the M Festival, the M division rolled out an actual prototype for the M8. It featured all the signature M cues such as larger air intakes, modified brakes and a sports exhaust with four tailpipes.

As part of the celebration, the engineers took the M8 onto the ‘Ring for an exhibition lap prior to the start of the 24 Hours Nürburgring. The grueling race served as the competition debut for the M division's new M4 GT4 race car.

BMW M didn’t reveal any of the M8’s specs, but it’s likely the car will come with the reworked 4.4-liter twin-turbocharged V-8 debuting this year in the new M5. Expect the engine to be paired with an 8-speed automatic and the M division’s new M xDrive all-wheel-drive system.

Taking a leaf out of Ford’s playbook for the GT supercar, BMW also confirmed that an M8 race car is being developed in parallel with the road car, and that it will be used for the automaker’s return to the 24 Hours of Le Mans in 2018. It will replace the current M6-based race car.

BMW is developing the M8 race car to both GTE and GT Le Mans (GTLM) specifications for the respective World Endurance Championship and United SportsCar Championship. This means it will be competing against race cars based on the Aston Martin Vantage, Chevrolet Corvette, Ferrari 488, Ford GT, and Porsche 911.

The competition debut will take place at the opening round of the 2018 United SportsCar Championship, next January’s 24 Hours of Daytona. A reveal, however, will take place later this year.