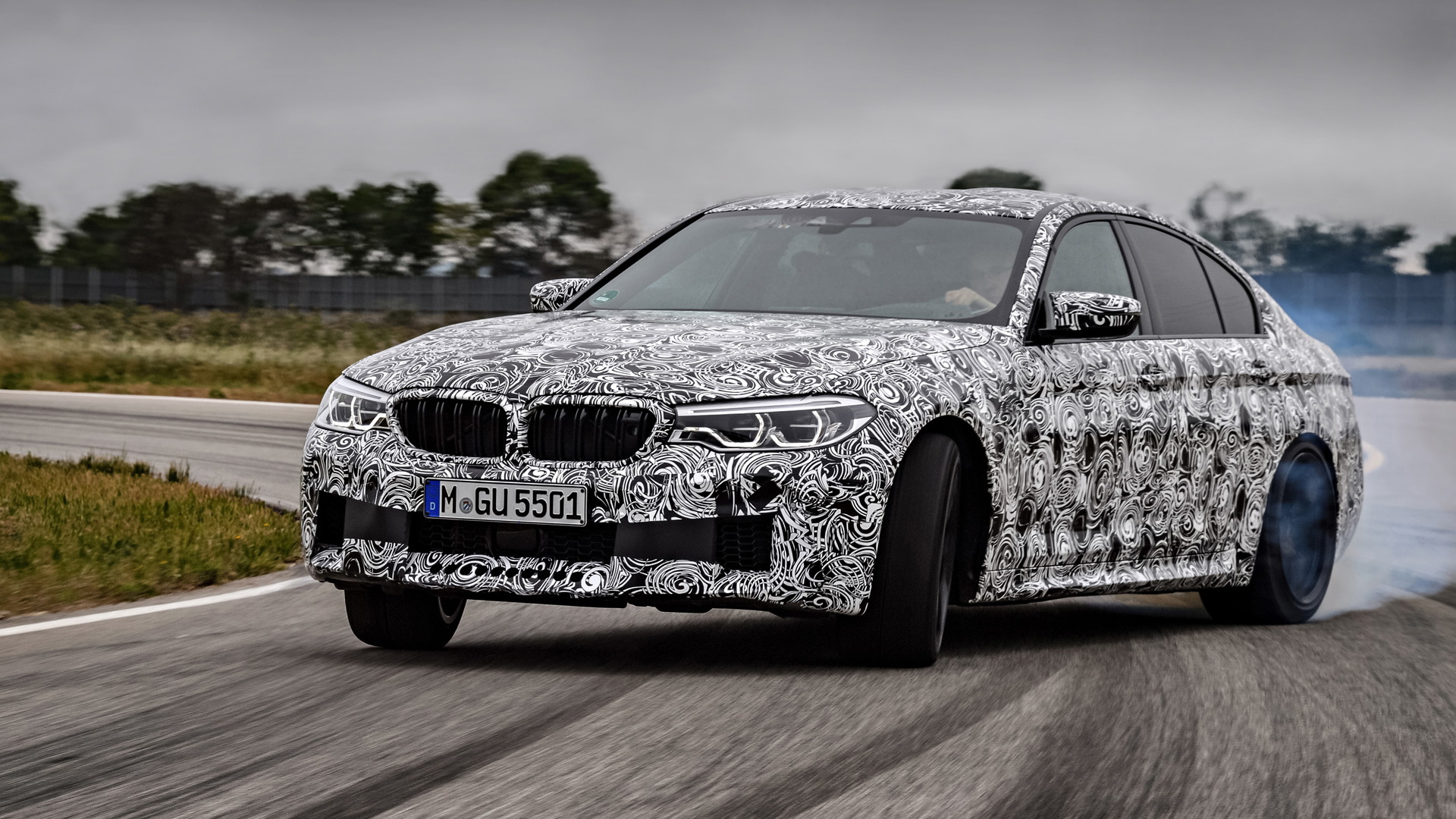 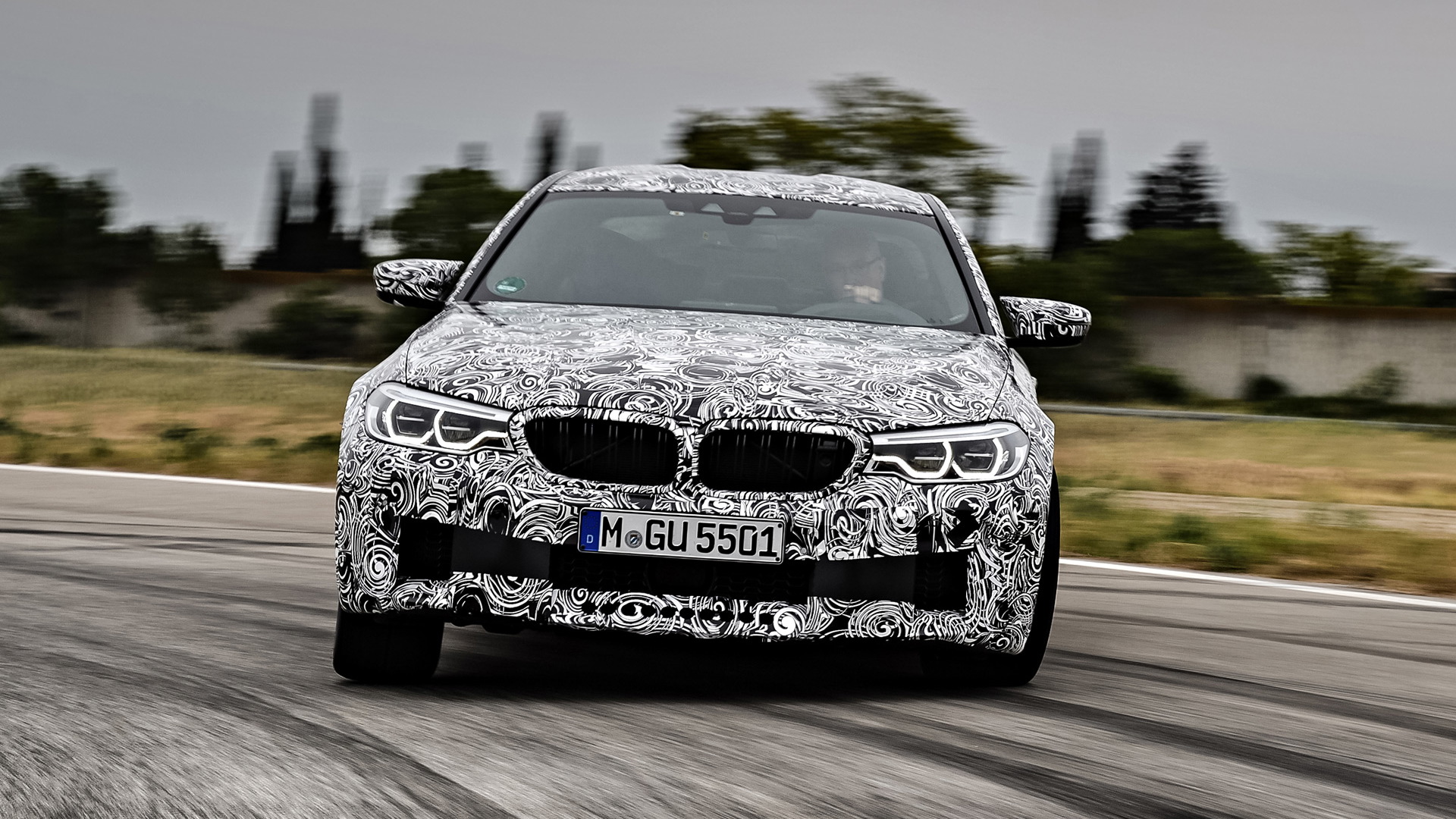 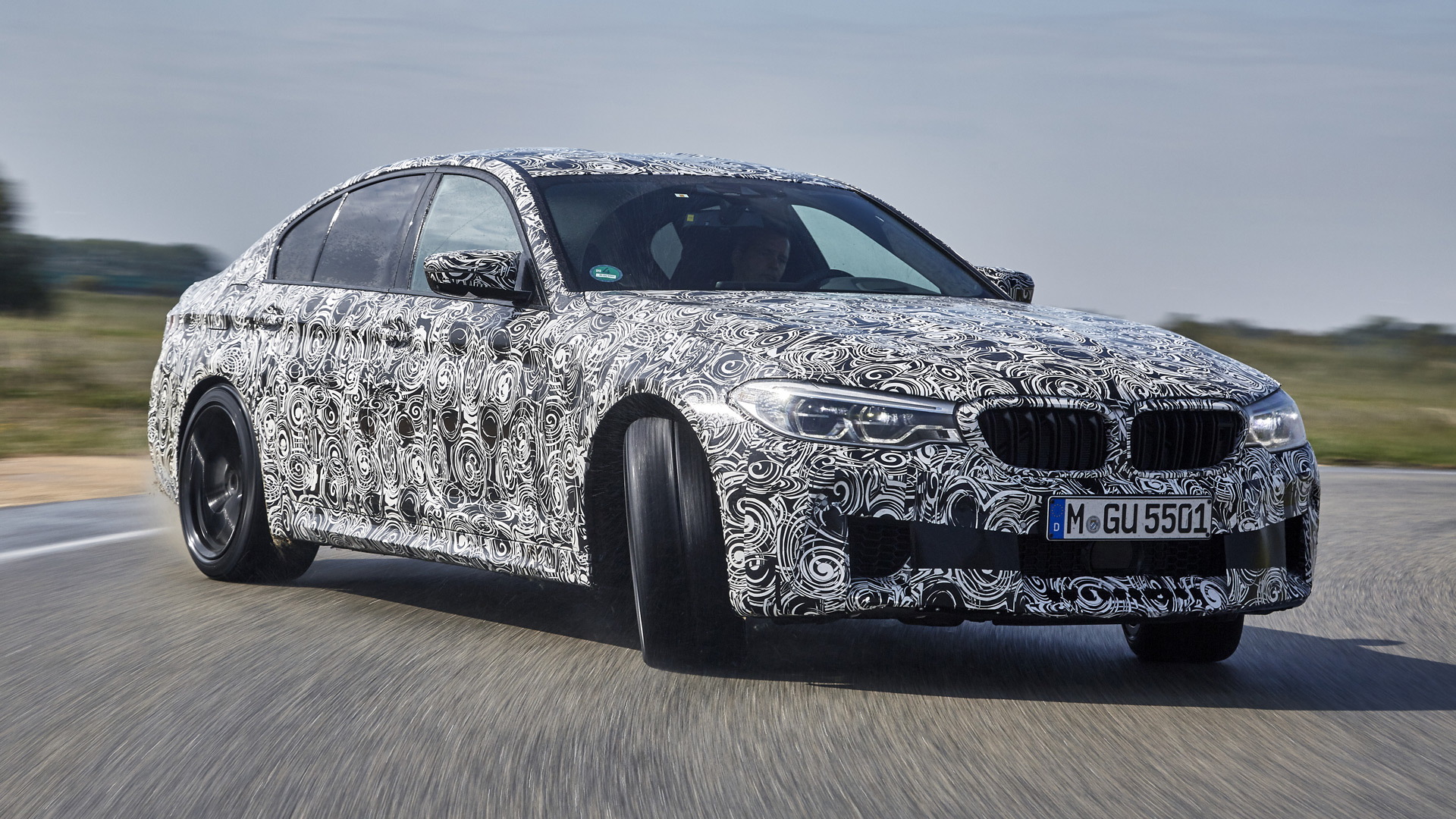 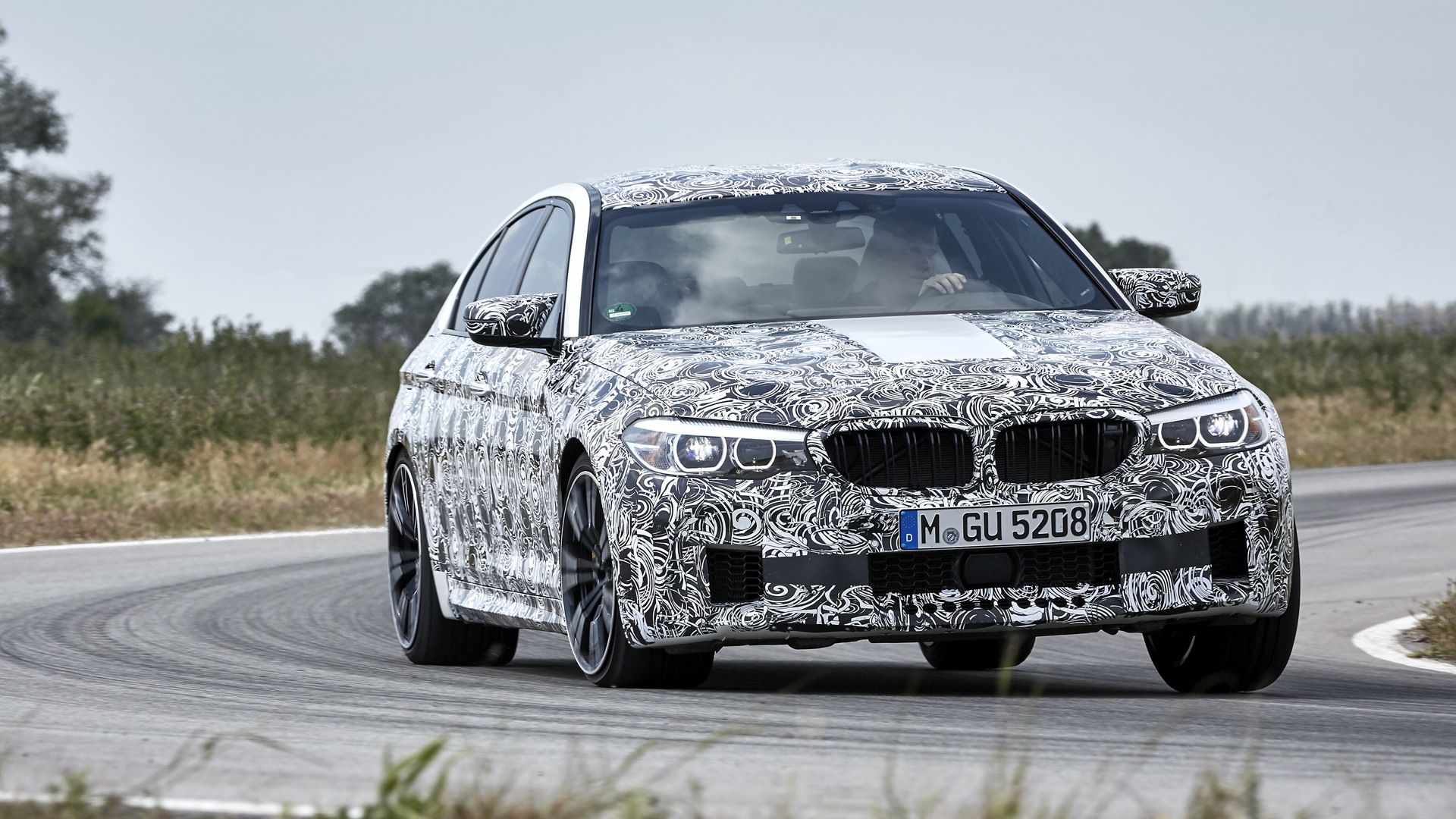 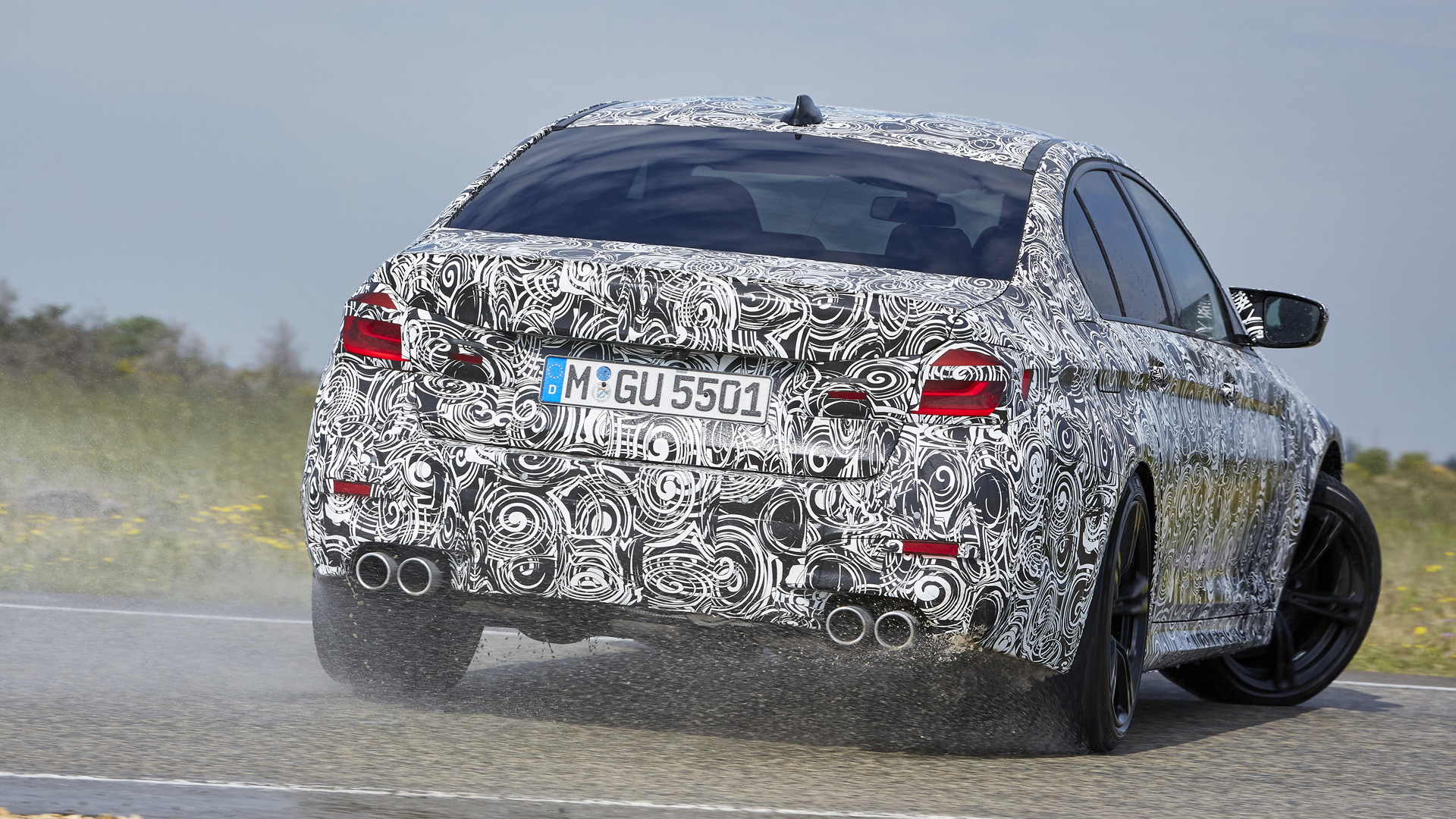 BMW M is putting the final touches on its new M5, a car that will be unlike any of its predecessors.

It will come as standard with all-wheel drive, though the system will be able to operate in rear-wheel drive form. Yep, you don’t have to worry about the car’s ability to go sideways on demand.

Frank van Meel, who heads up BMW M, confirmed an all-wheel-drive system for the new M5 as early as 2015. Now, just a few months out from the car’s reveal, he’s given us a detailed look at the technology.

From the cabin, the driver can quickly and easily swap between all-wheel drive, sport-tuned all-wheel drive, and rear-wheel drive. Depending on which mode is selected and the current driving situation, a computer called the Central Intelligence Unit determines the torque distribution pattern.

Drivers are able to further dial up the fun factor by switching off stability control and switching on a sport setting called the M Dynamic Mode (MDM). The sportier settings permit far greater wheel slip, allowing the enthusiastic driver to send the sedan into a controlled drift and experience greater levels of agility. BMW says the car’s handling, even in these sporty settings, remains predictable due to linear changes in oversteer and sideslip angle.

We've also learned from van Meel that power in the new M5 will come from BMW’s familiar 4.4-liter twin-turbocharged V-8 which for this latest application has been upgraded with a new injection system, new turbochargers, a lighter exhaust, and improved cooling and lubrication systems. According to van Meel, the new M5 will output around 600 horsepower and 516 pound-feet of torque. He says fuel economy should be improved, too.

This time around, the engine will be paired with an 8-speed automatic which replaces the previous-generation model’s 7-speed dual-clutch unit. Sadly, there won’t be a manual on offer anymore. Compared to the 8-speed auto in the stock 5-Series, the M5’s unit gets quicker shift speeds plus ratio spacing aimed at improved acceleration. Owners can look forward to 0-62 mph acceleration in under 3.5 seconds.

We can also confirm that the new M5, even with all-wheel drive, will weigh less than its predecessor which in some guises weighed as much as 4,123 pounds. This feat was achieved thanks to the lightweight CLAR platform of the 5-Series as well as some carbon fiber parts. The roof, for example, will be made from carbon fiber-reinforced plastic for the first time.

In the cabin, the M5 will benefit from a unique instrument cluster featuring two classical circular dials and red needles as well as an additional digital speedometer on the left-hand side, while on the right are a rev counter and shift light indicator. The 5-Series’ head-up display will also get a M-specific view on the M5.

Also unique to the M5 will be the steering wheel which includes two individually configurable buttons (M1, M2) that allow the driver to retrieve a previously stored setup. These are crucial as the car defaults to all-wheel drive with stability control switched on whenever it is started.

BMW will unveil the new M5 later this year. It’s expected in showrooms early next year, as a 2018 model.