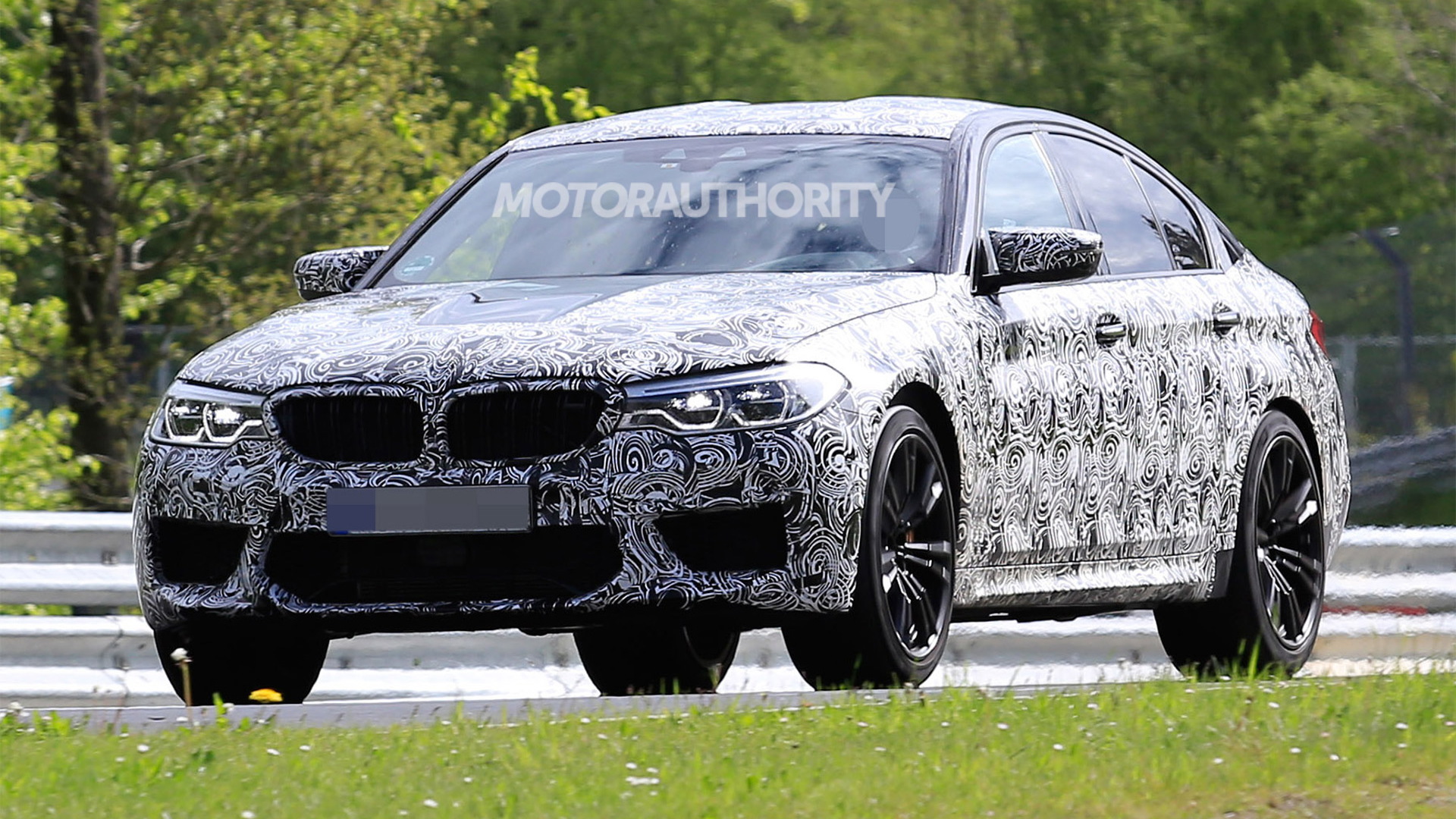 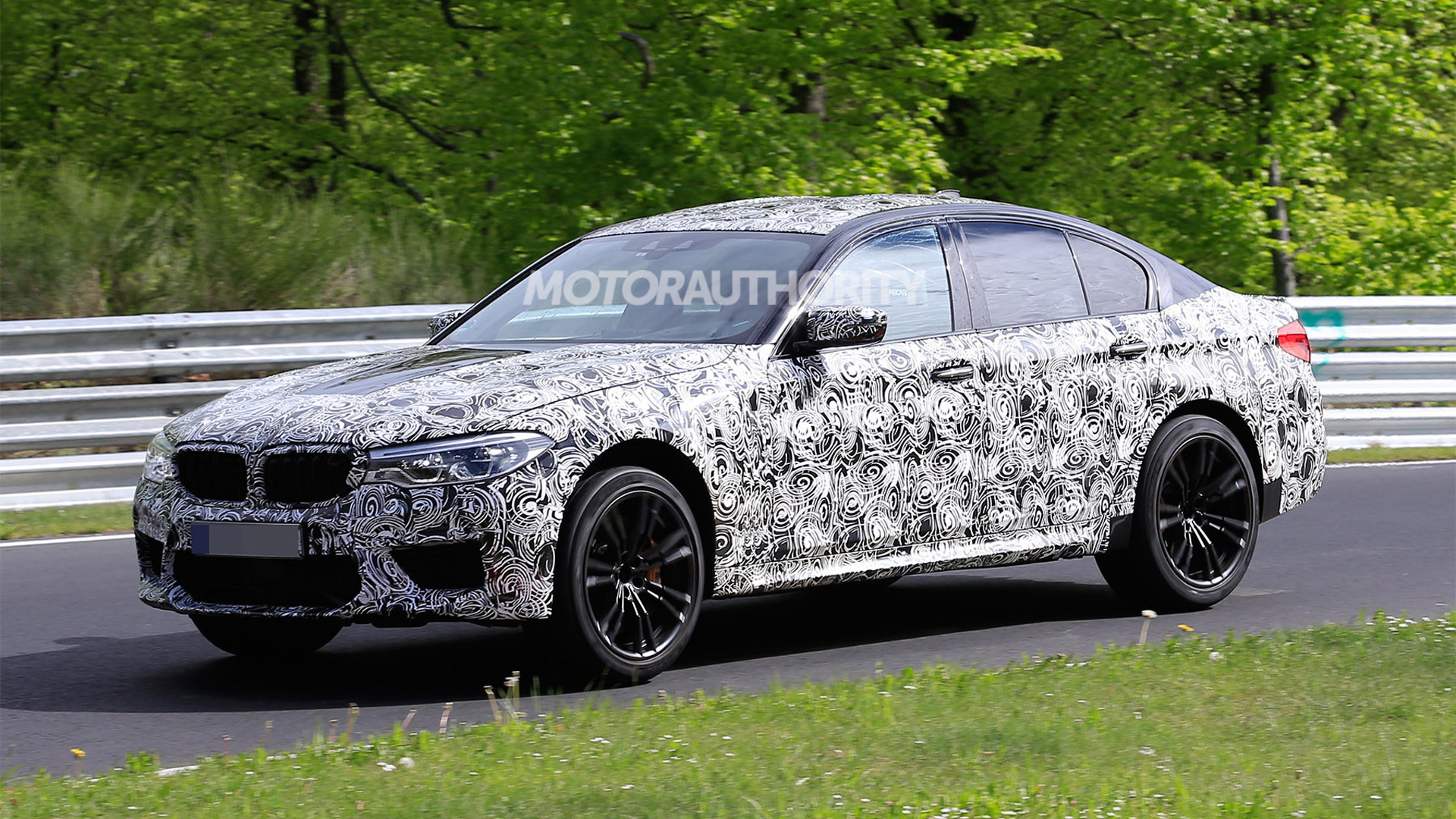 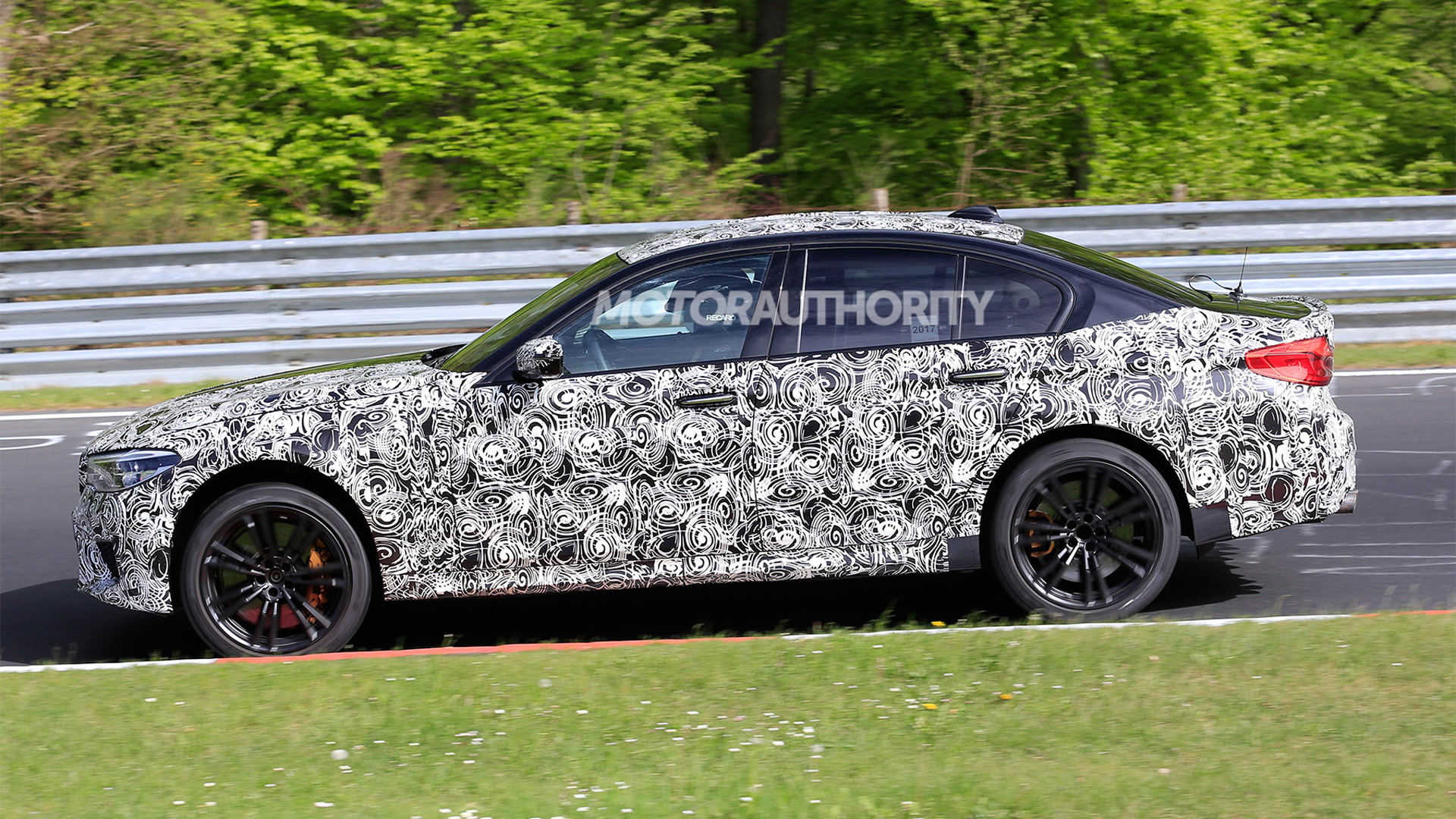 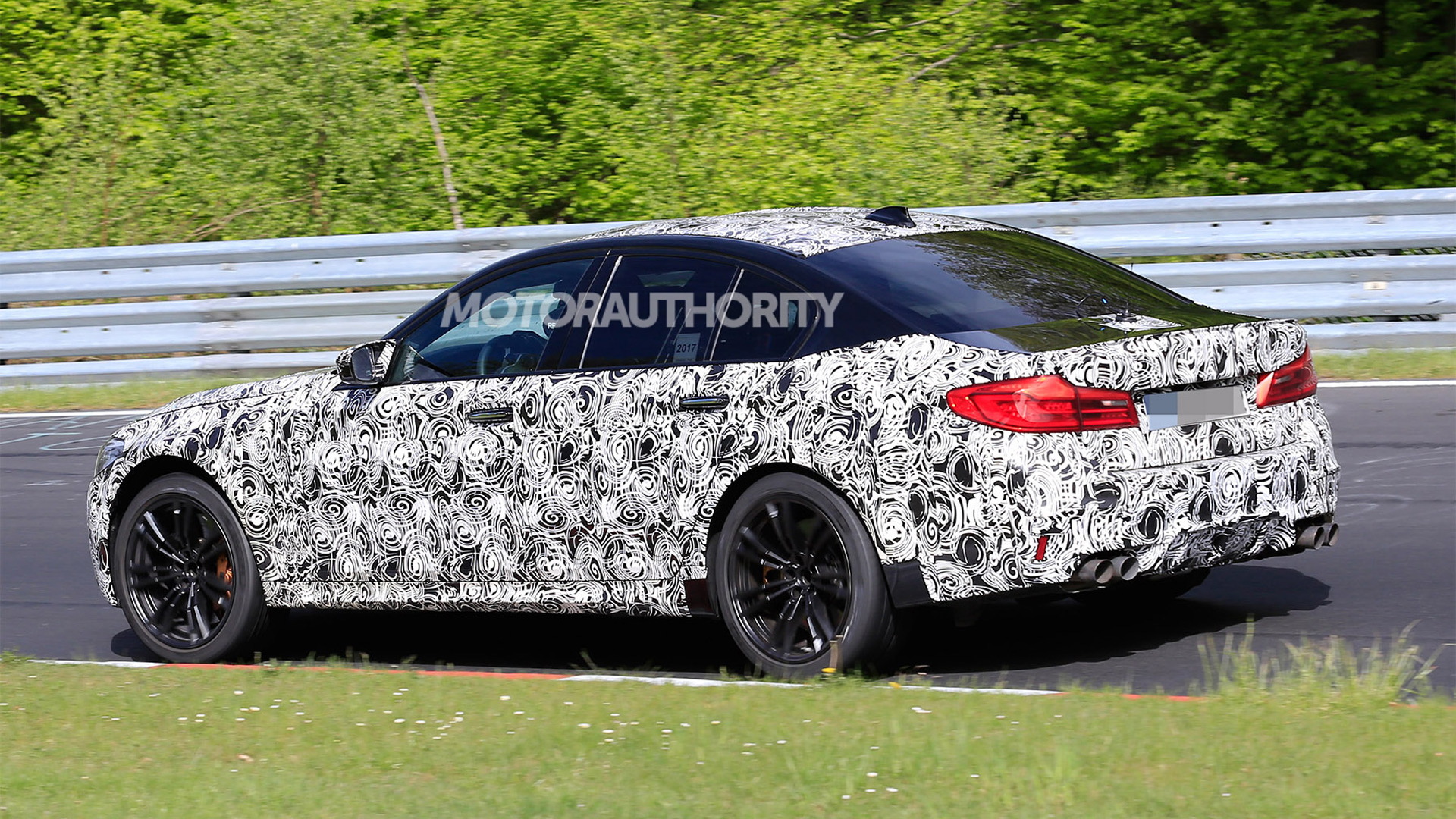 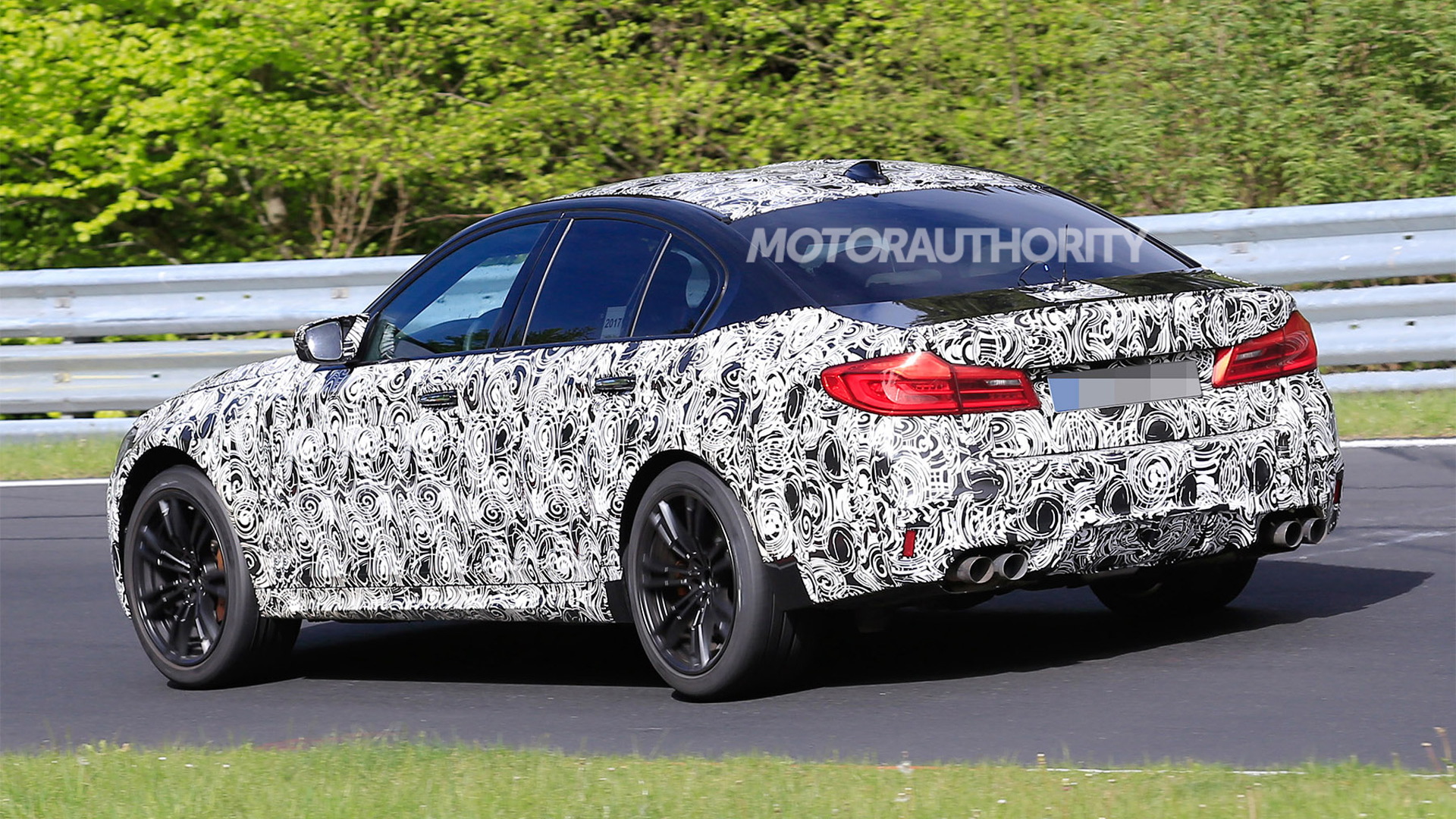 A new generation of the BMW 5-Series has arrived, and just around the corner is the car's high-performance M5 variant.

A prototype for the new M5 has been spotted, and it’s wearing the least bit of camouflage gear we’ve seen yet.

Our photographer confirms that the engine fitted to the car is a V-8, likely to be an updated version of the twin-turbocharged 4.4-liter V-8 used in the current M5.

The engine already produces as much as 600 horsepower and 516 pound-feet of torque in 2014’s M5 30 Jahre Edition and it’s possible we’ll see a few more horses extracted for the newest M5.

Instead of upping power significantly, the engineers are likely to be more focused on reducing weight. Thanks to the adoption of the modular-designed CLAR platform that debuted in the 2016 7-Series, the new 5-Series is already approximately 220 pounds lighter than its predecessor, and similar weight savings should benefit the new M5. The current curb weight has bloated to as much as 4,123 lbs.

Beyond the new platform, another dramatic change for this generation of the M5, the F90 to all the hardcore fans, will be all-wheel drive. For purists, the system is expected to have a feature that allows the driver to switch into a rear-wheel-drive mode where 100 percent of the drive torque is sent to the rear wheels only.

And the standard transmission is expected to be an 8-speed automatic. Sadly, we’ve heard that a manual will no longer be offered.

As for the design,we can see a very wide and low front bumper flanked by pumped fenders. We can also see part of the lower intake and the mesh pattern the engineers have selected. At the rear, a small diffuser has been integrated with the bumper unit. Inside the massive wheels are equally massive perforated brake discs.

Look for the new M5 to debut late this year or early next. It should arrive as a 2018 model. Direct rivals include the Audi RS 6, Cadillac CTS-V and Mercedes-AMG E63.