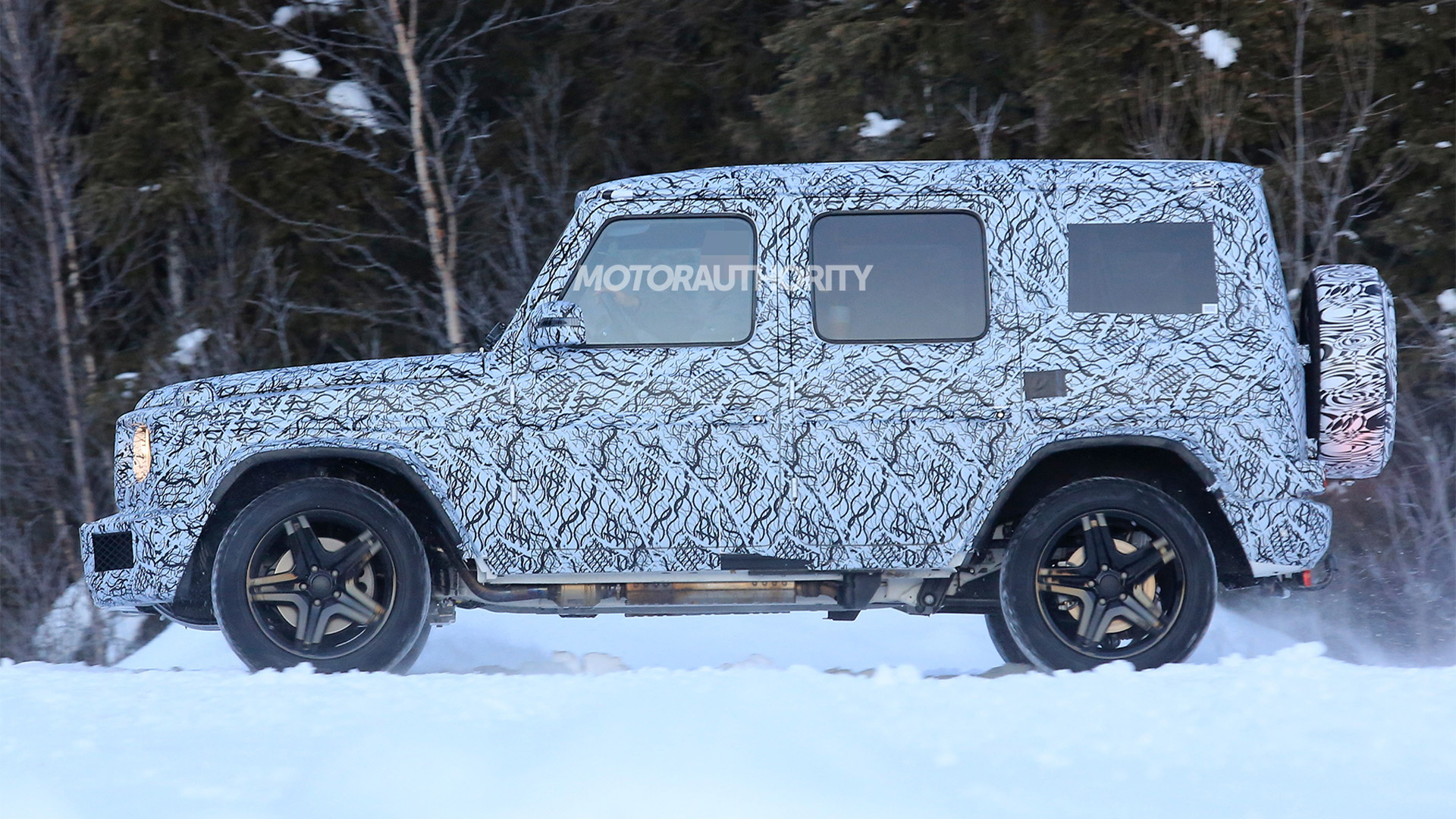 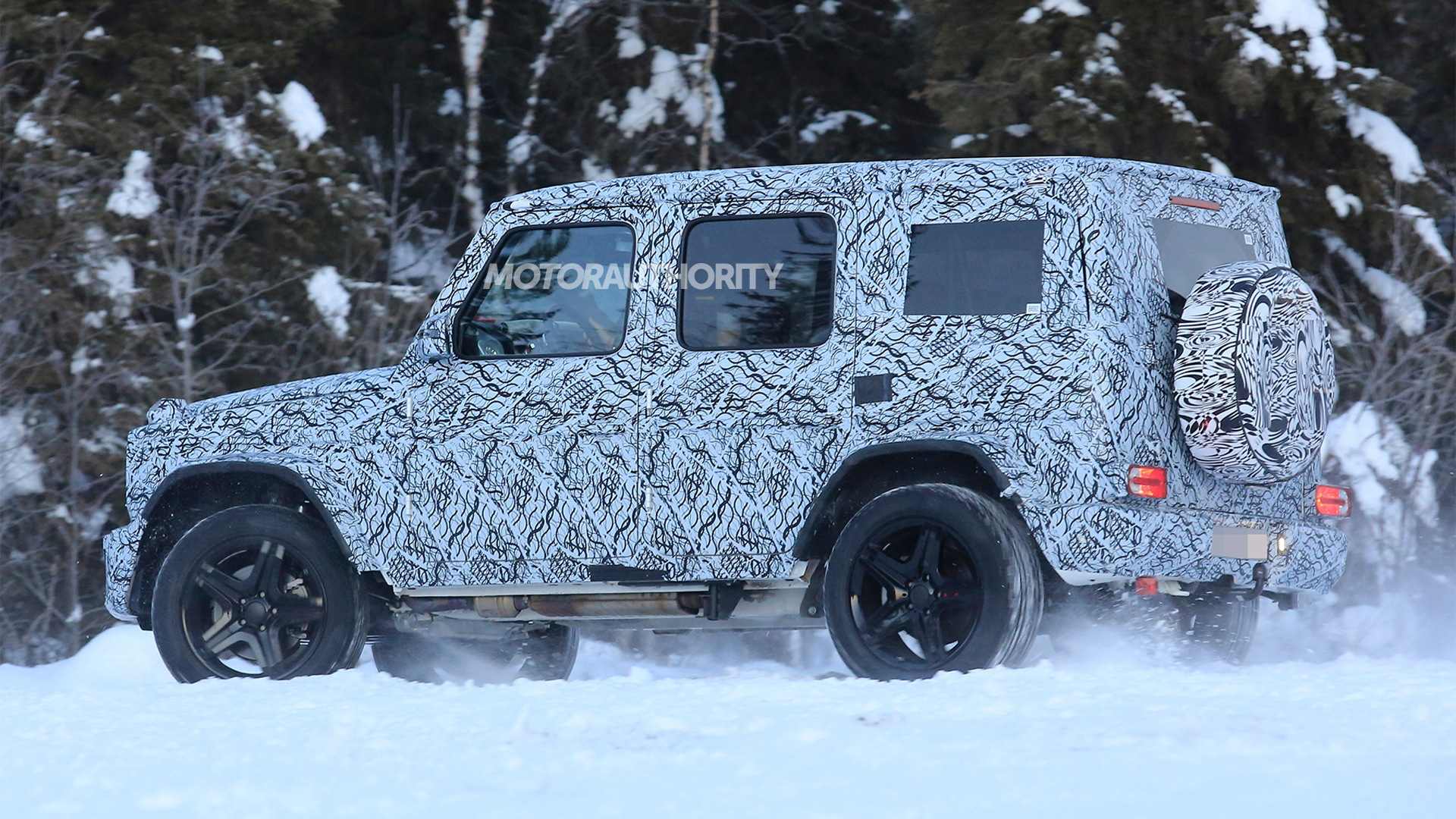 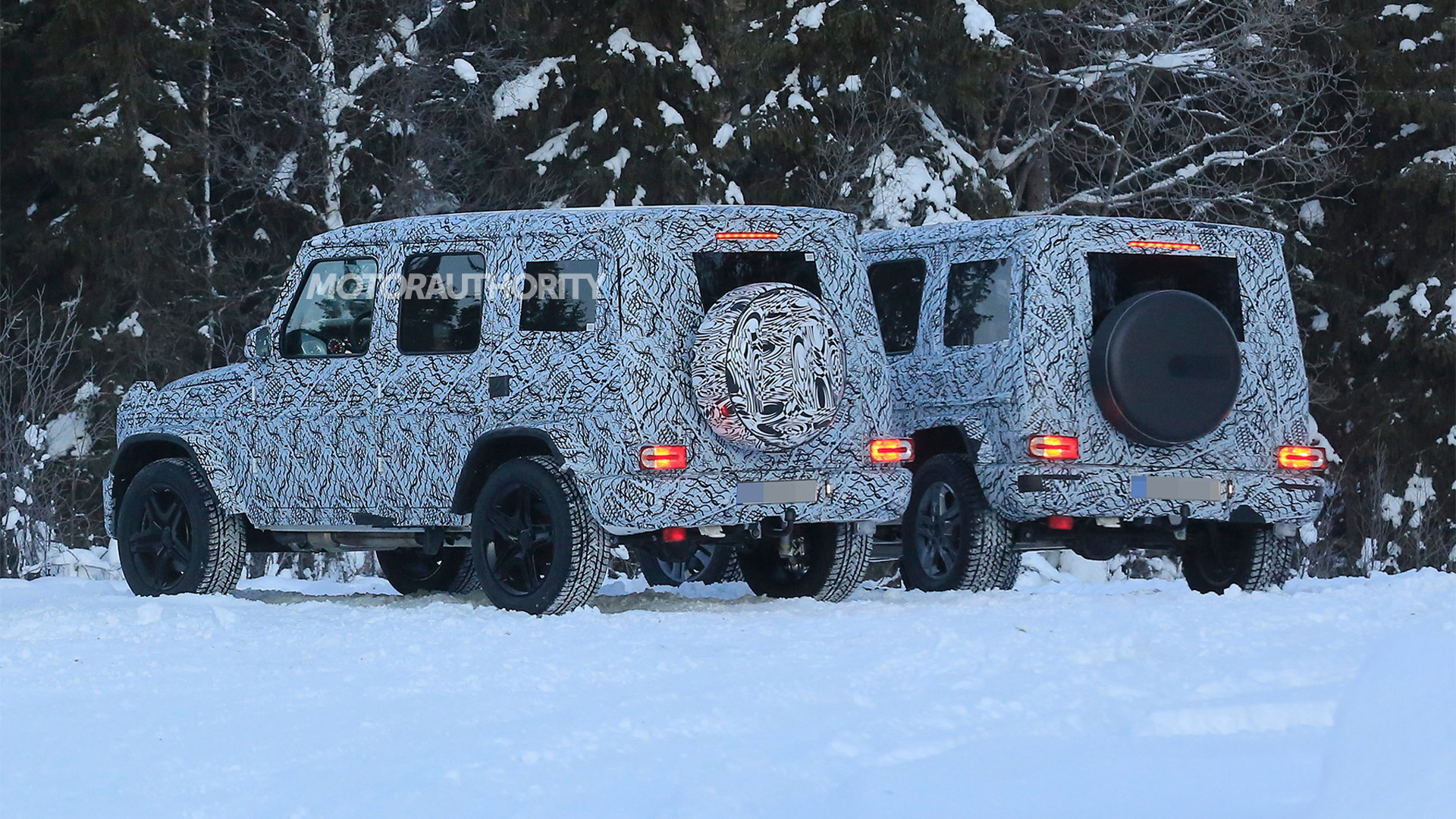 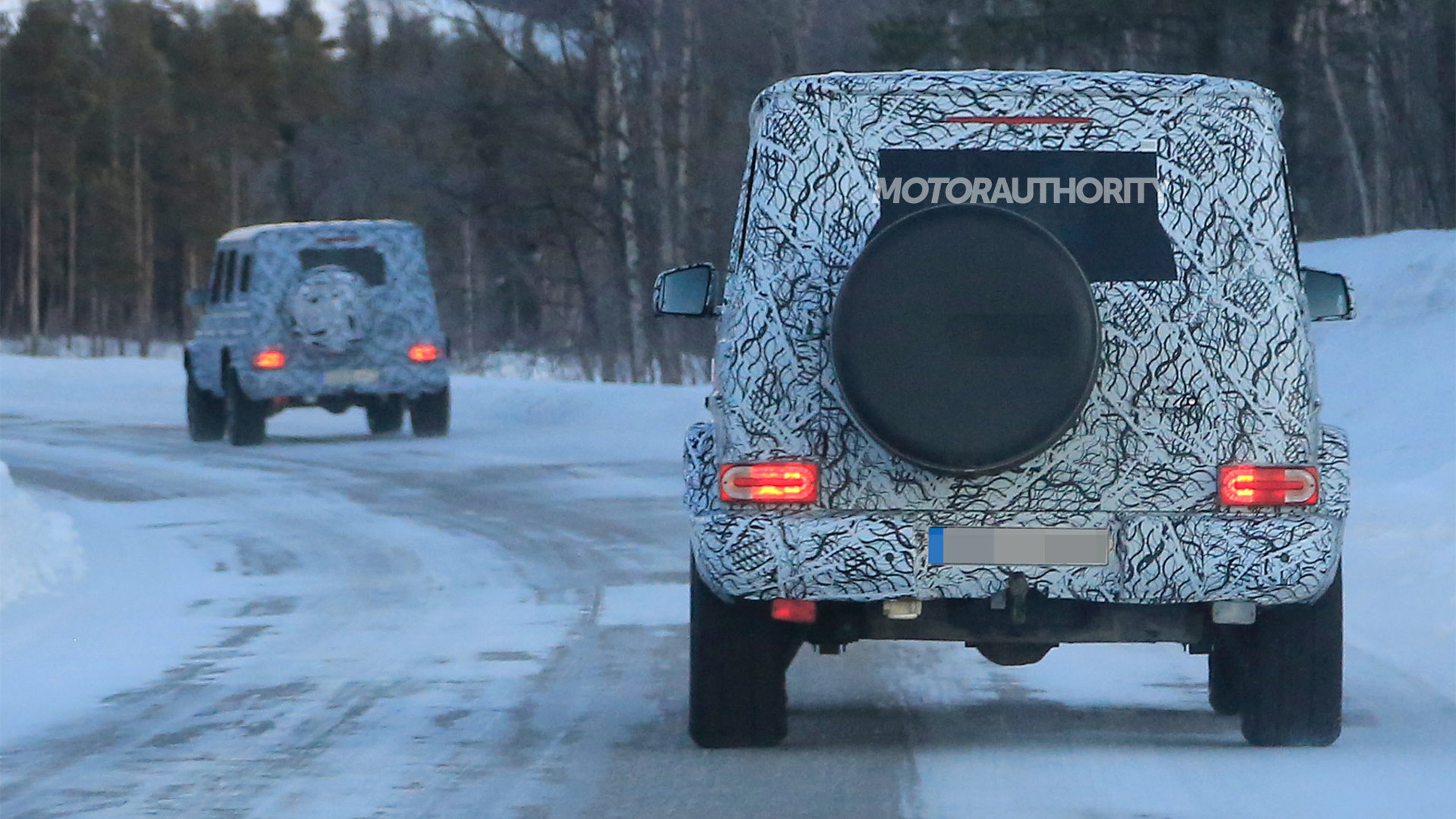 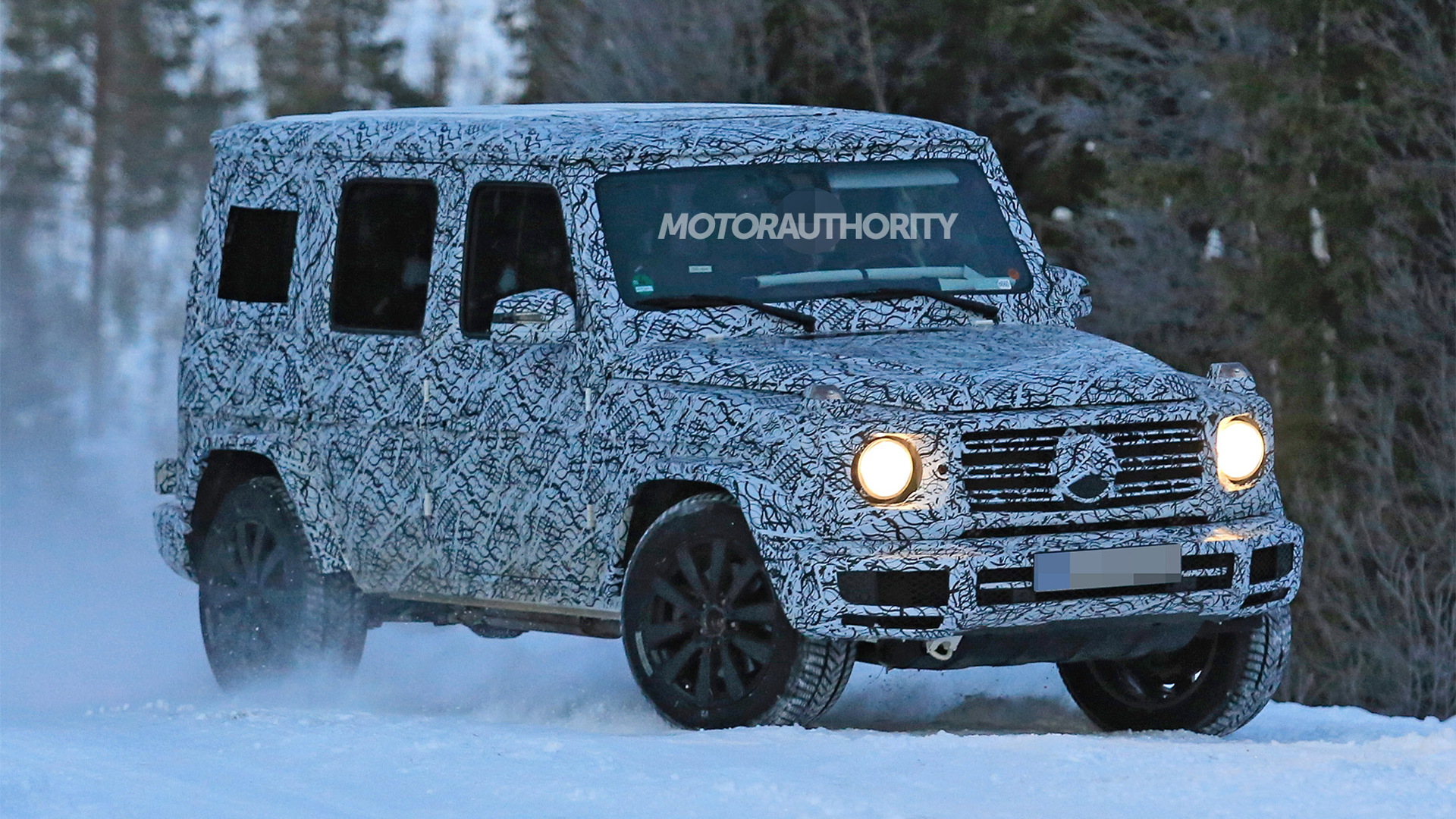 The G-Class is unique in the Mercedes-Benz lineup in that around half of the sales are high-performance models built by Mercedes-AMG.

With the SUV icon about to undergo its first redesign since the nameplate’s launch four decades ago, you can bet the engineers will be spending extra time on ensuring the redesigned G63 from AMG is just right.

Here we see some prototypes for the redesigned G63. We know they are the AMG model because of their uprated wheels and brakes. They also feature extra-large openings in the lower part of their front bumper, just like on the current model.

Under the hood, expect the vehicle to benefit from AMG’s 4.0-liter twin-turbocharged V-8, with output eclipsing the 563 horsepower of the current model’s 5.5-liter twin-turbo V-8.

Further down the track we should see a redesigned version of the V-12-powered G65. What isn’t clear is whether the redesigned AMG models will feature Mercedes’ latest 9-speed auto or continue with a 7-speeder.

The interior should also receive a major revamp. From the latest spy shots, it looks like the main infotainment screen will be integrated with the dash. There is also a grab handle remaining on the passenger side. We can also expect a digital instrument cluster to feature behind a multi-function steering wheel.

The redesigned G-Class is shaping up to be much wider than on the current model. It will also be lower, helping to lower the center of gravity. These changes are aimed at helping the vehicle’s stability on and off the road.

Another key change should be the increased use of aluminum and high-strength steel in the construction in order to reduce weight, possibly cutting the current model’s 5,665-pound curb weight by as much as 440 lb. This should lead to improved performance numbers.

Look for the redesigned G-Class range to arrive in showrooms in 2018, as 2019 models.