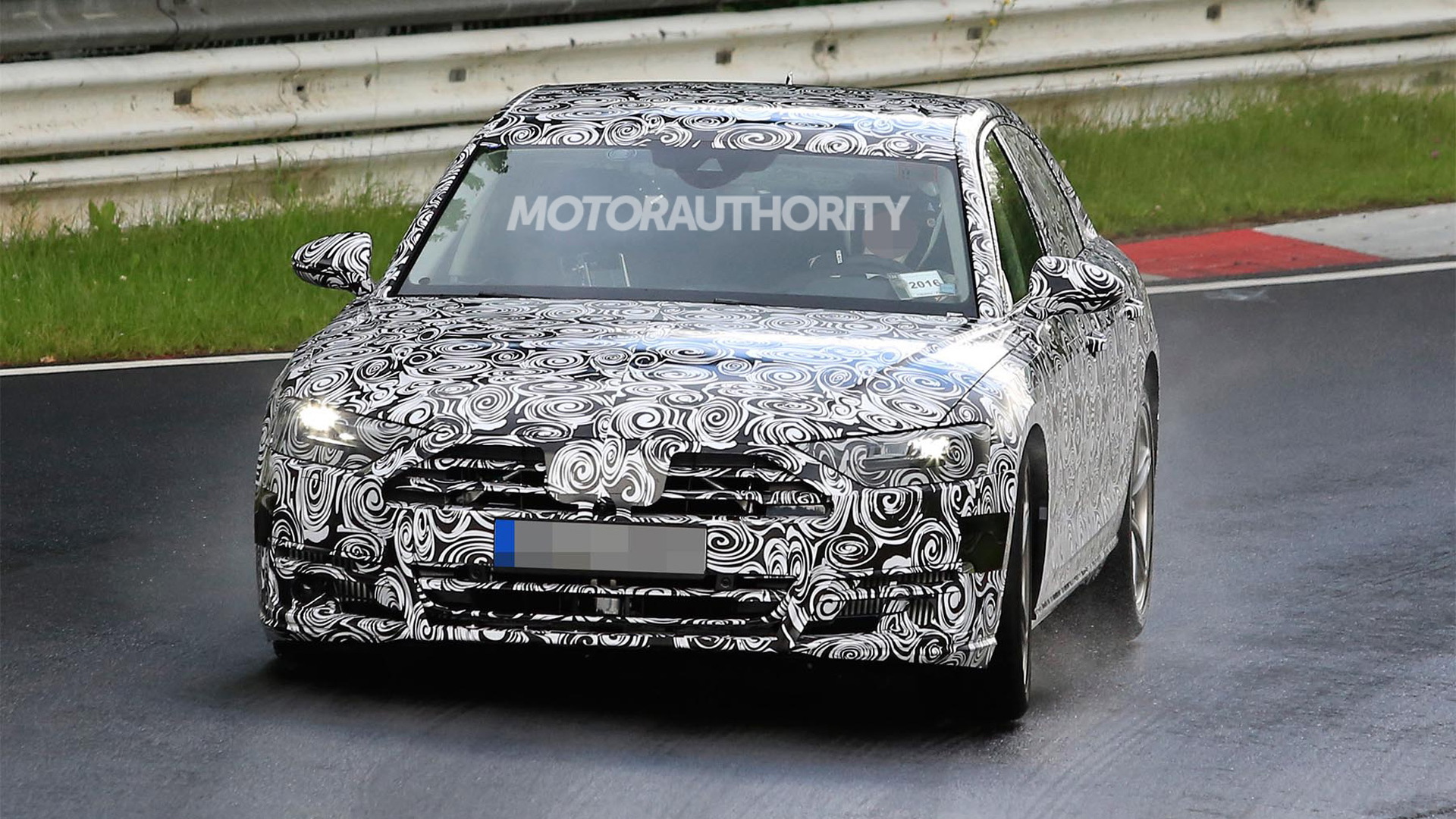 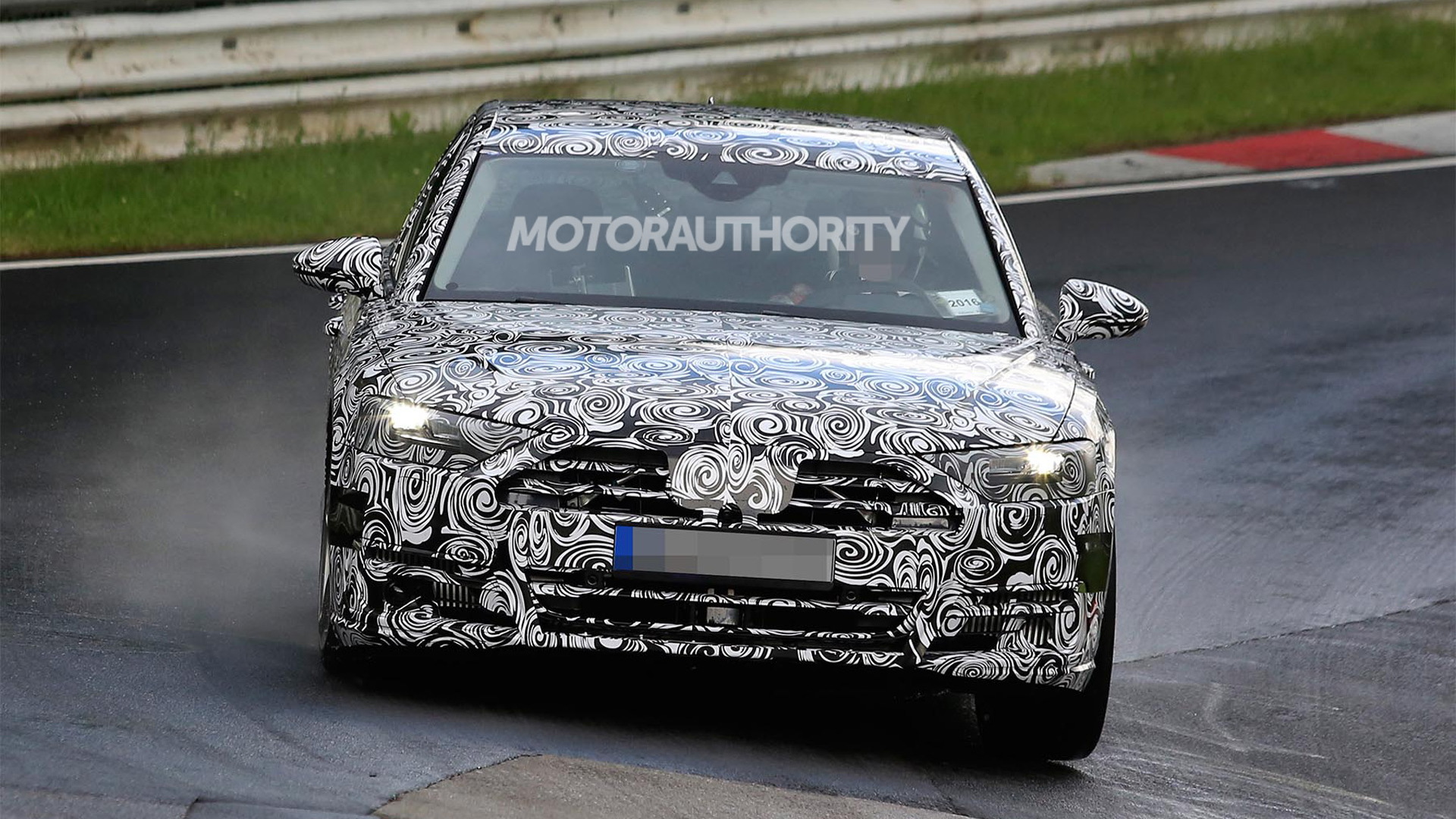 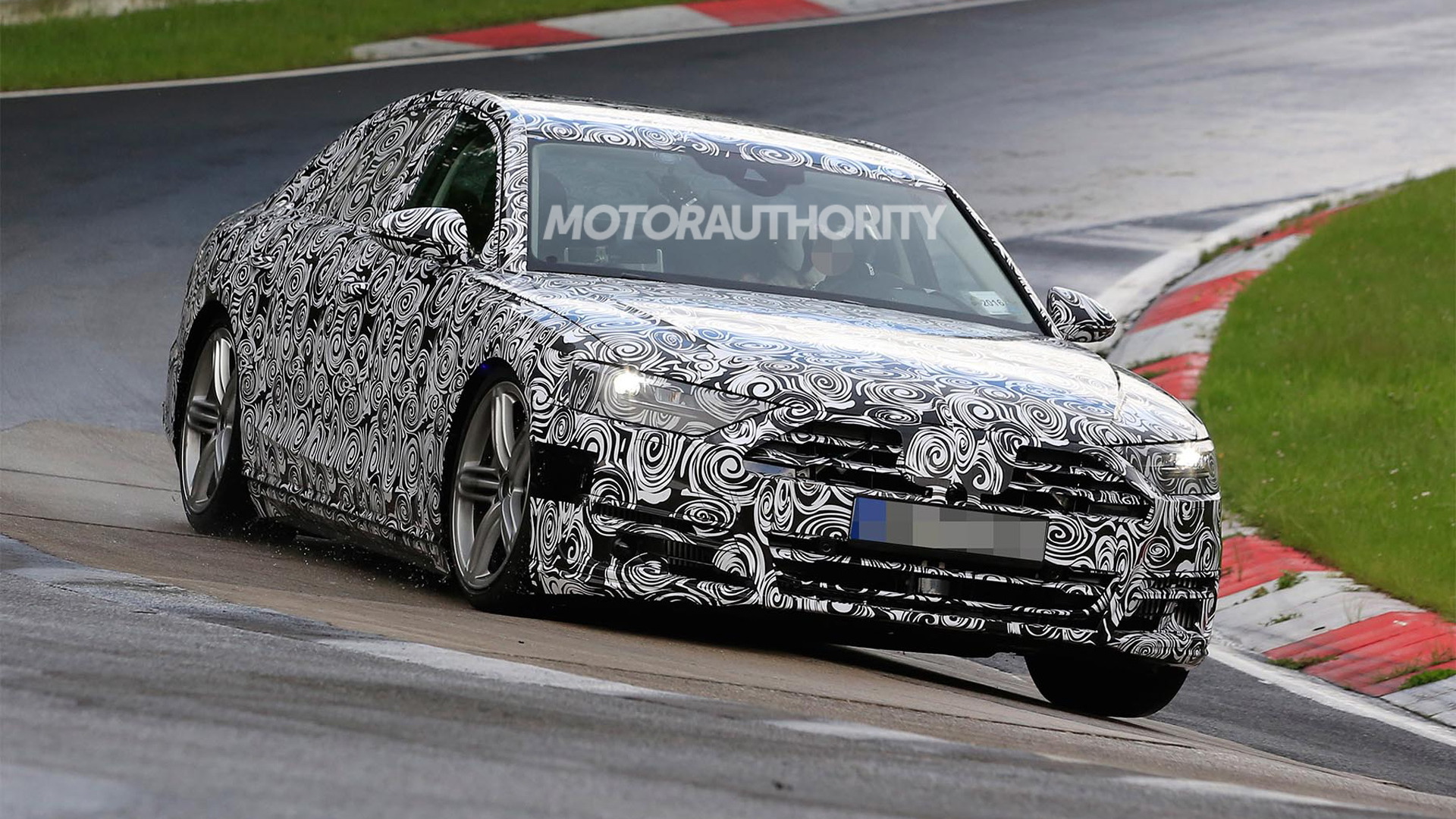 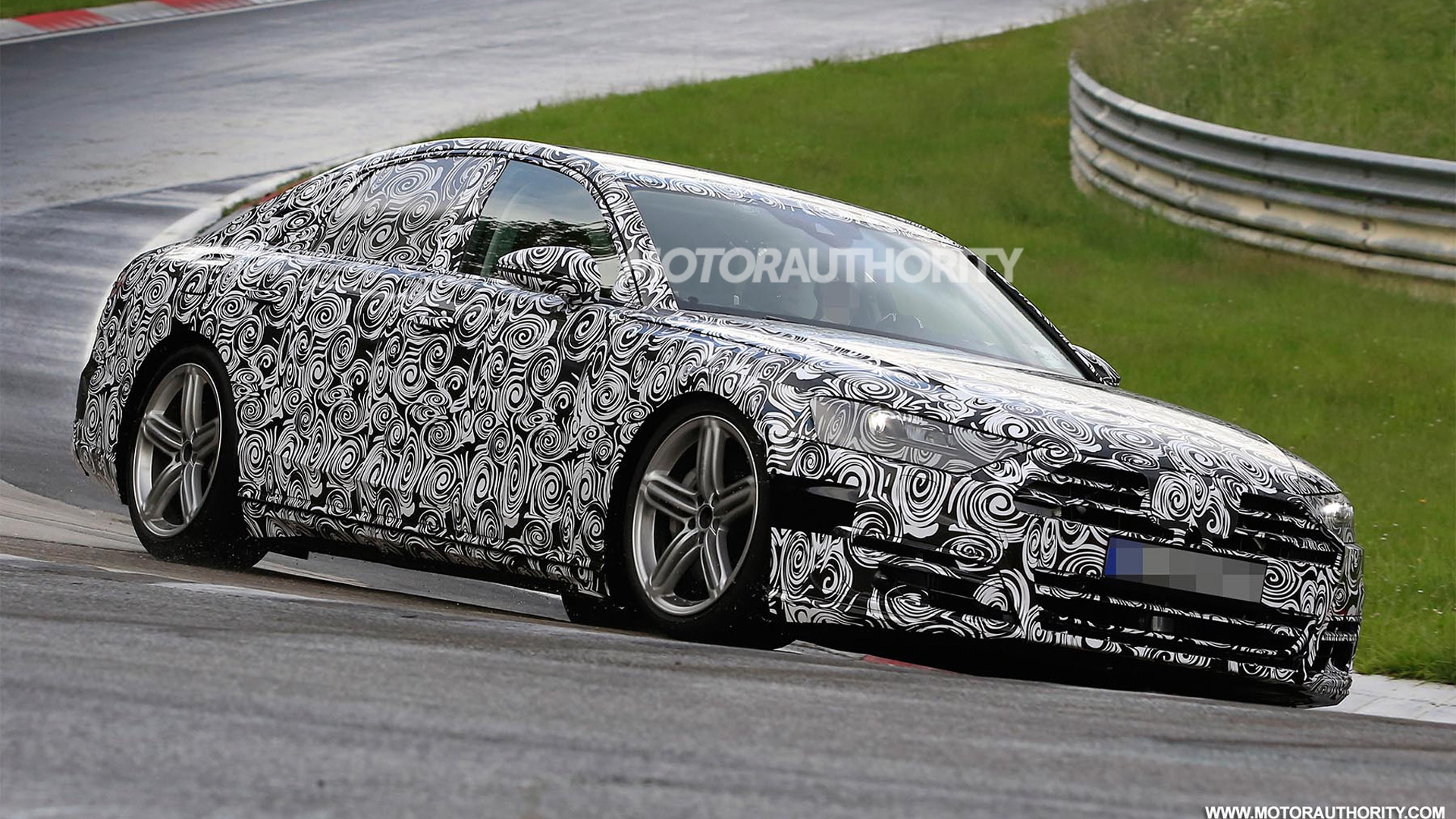 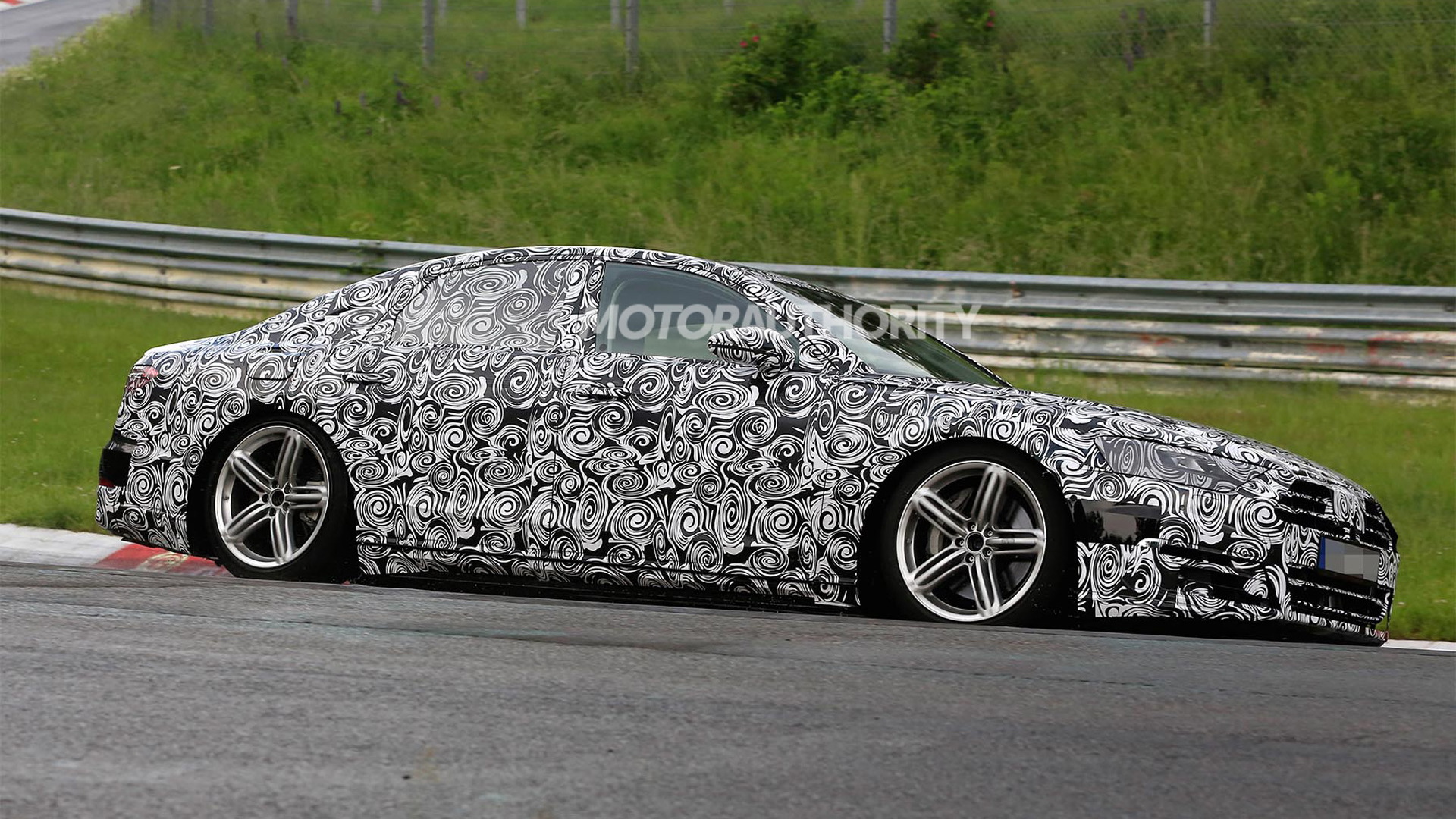 Audi's next-generation A8 has been spotted again.

The new A8, the nameplate’s fourth generation, is the first model to be styled under the guidance of Marc Lichte who took over the design reins at Audi in late 2013.

2019 Audi A8 spy video from Motor Authority on Vimeo.

He’s already previewed the new look with the series of Prologue concepts, which, judging by our latest spy shots and video, the new A8 will closely resemble. The size of the vehicle isn’t changing much compared with the current A8, though the nose looks to be a little longer.

Under the new sheet metal is the latest evolution of Audi's MLB platform, which is destined for a number of Audi models and even some from Volkswagen, such as the new Touareg. The latest MLB platform made its debut in the 2017 Q7 and brings significant weight savings and compatibility with alternative powertrains.

The basic engine lineup should be similar to the current A8’s offerings, meaning V-6 and V-8 units. A W-12 is also likely to be offered once more, and we should see a plug-in hybrid option and possibly even a battery-electric option later in the life cycle. Some models are also likely to feature an electric compressor, particularly diesels. Don't expect any diesels to be sold in the U.S., though.

There will also be loads of new technologies to aid the driver. For example, the new A8 will be the first Audi capable of handling some situations in full self-driving mode. It will be able to handle parking situations as well as driving in traffic at speeds of up to 37 mph thanks to a new feature called Traffic Jam Pilot.

Other advancements should include a new infotainment system with gesture control, plus new lighting technologies including organic LEDs in the taillights.

Also in the works is the sporty S8 variant, spy shots for which can be seen here.