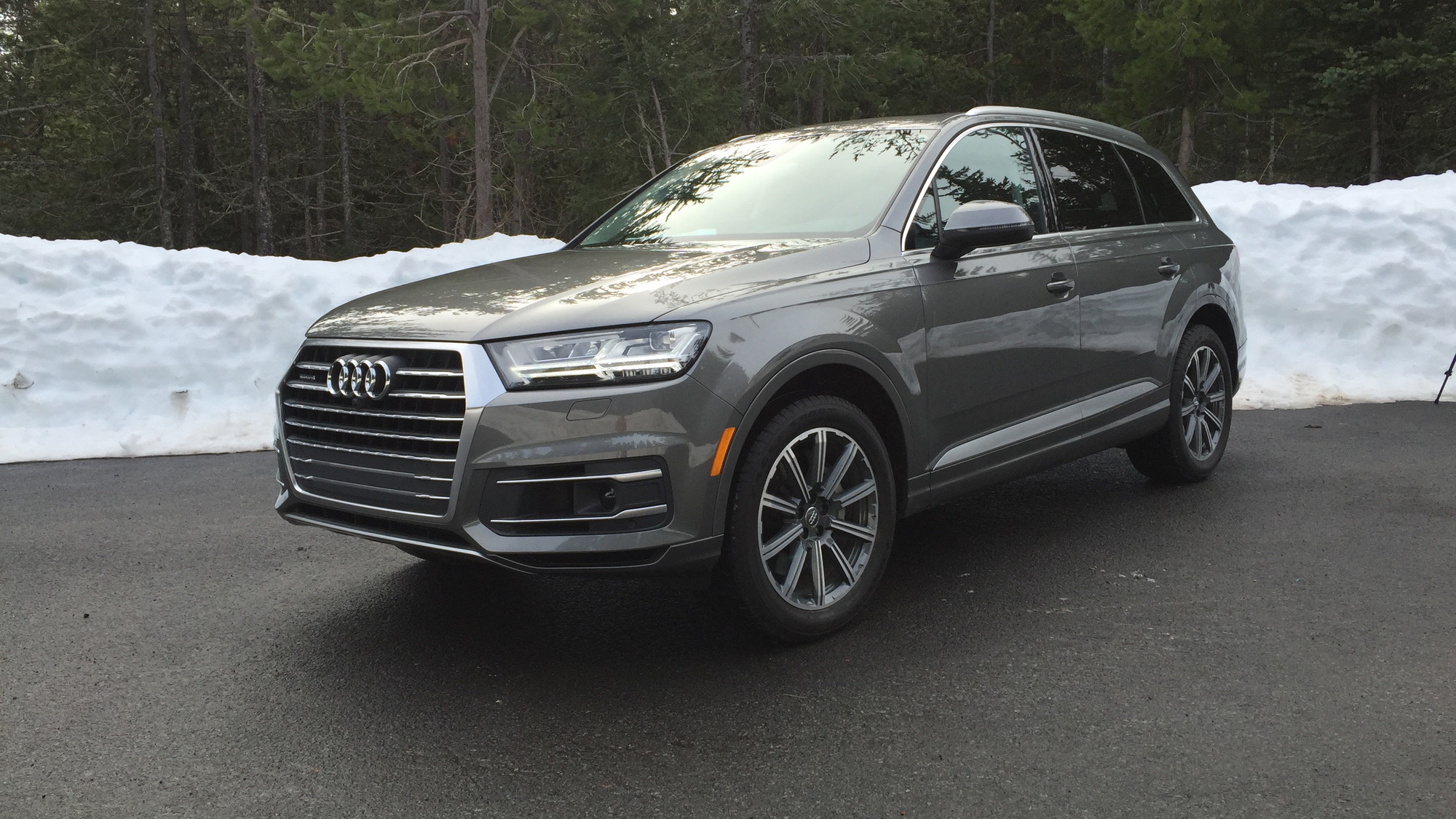 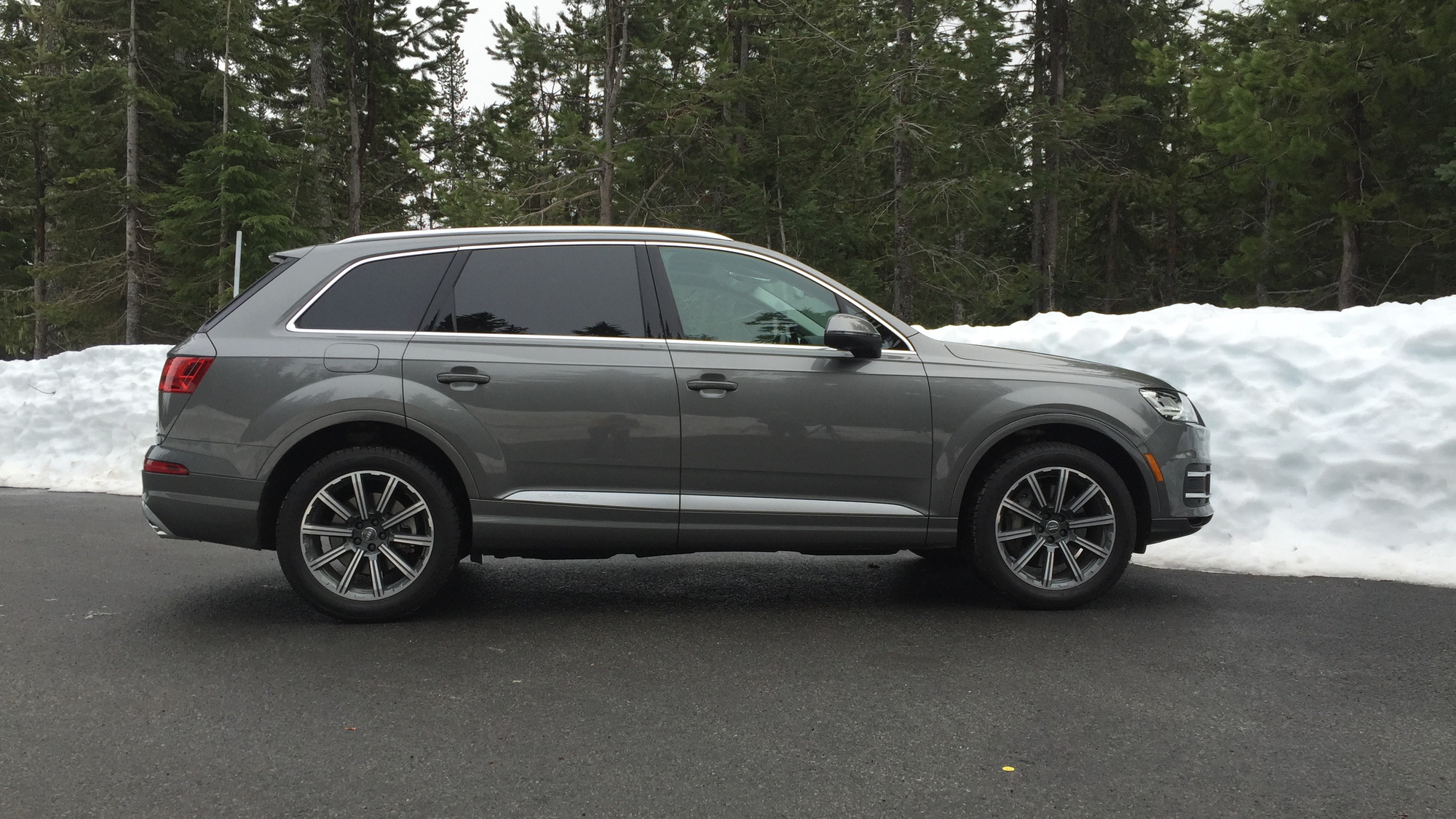 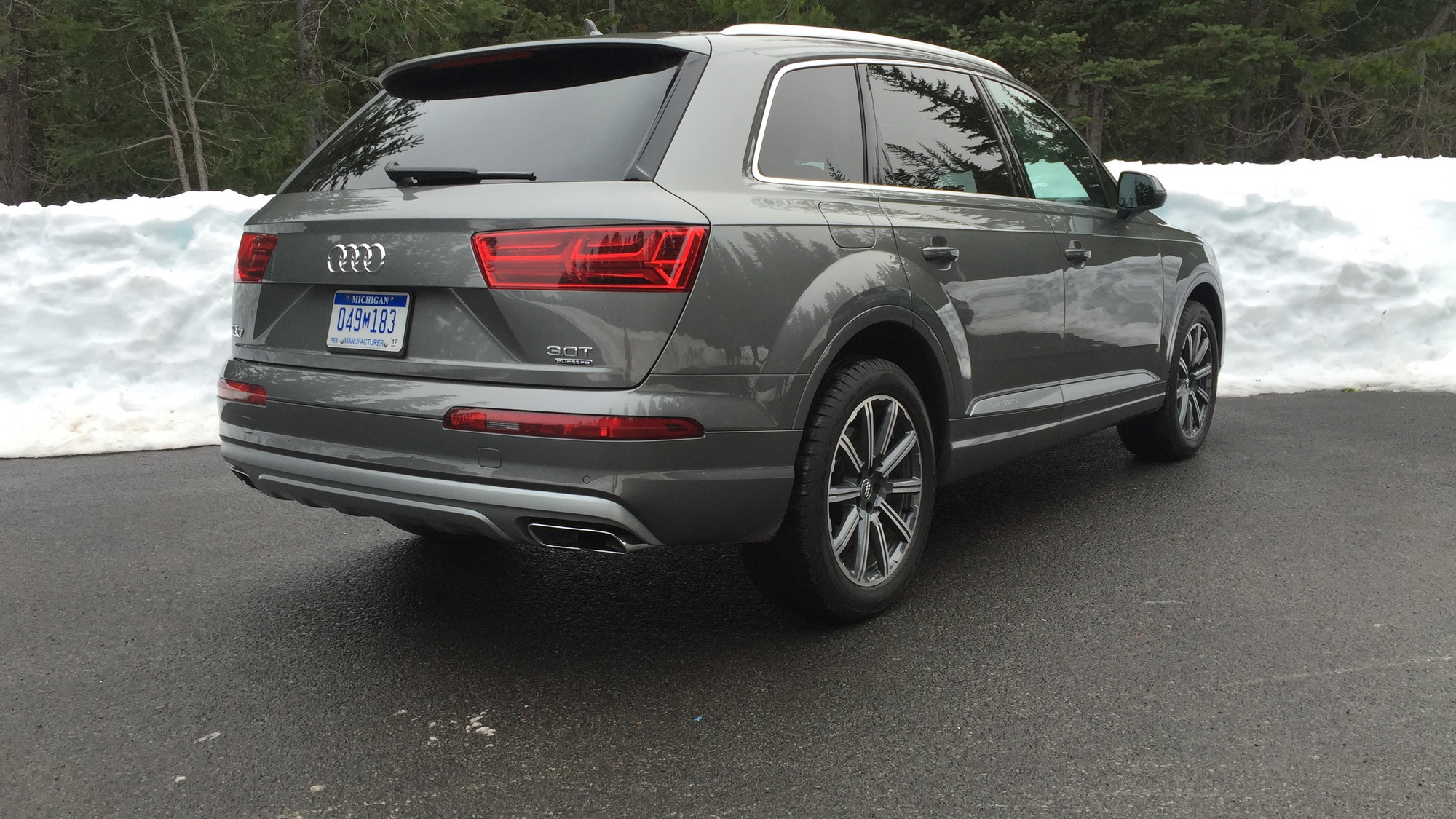 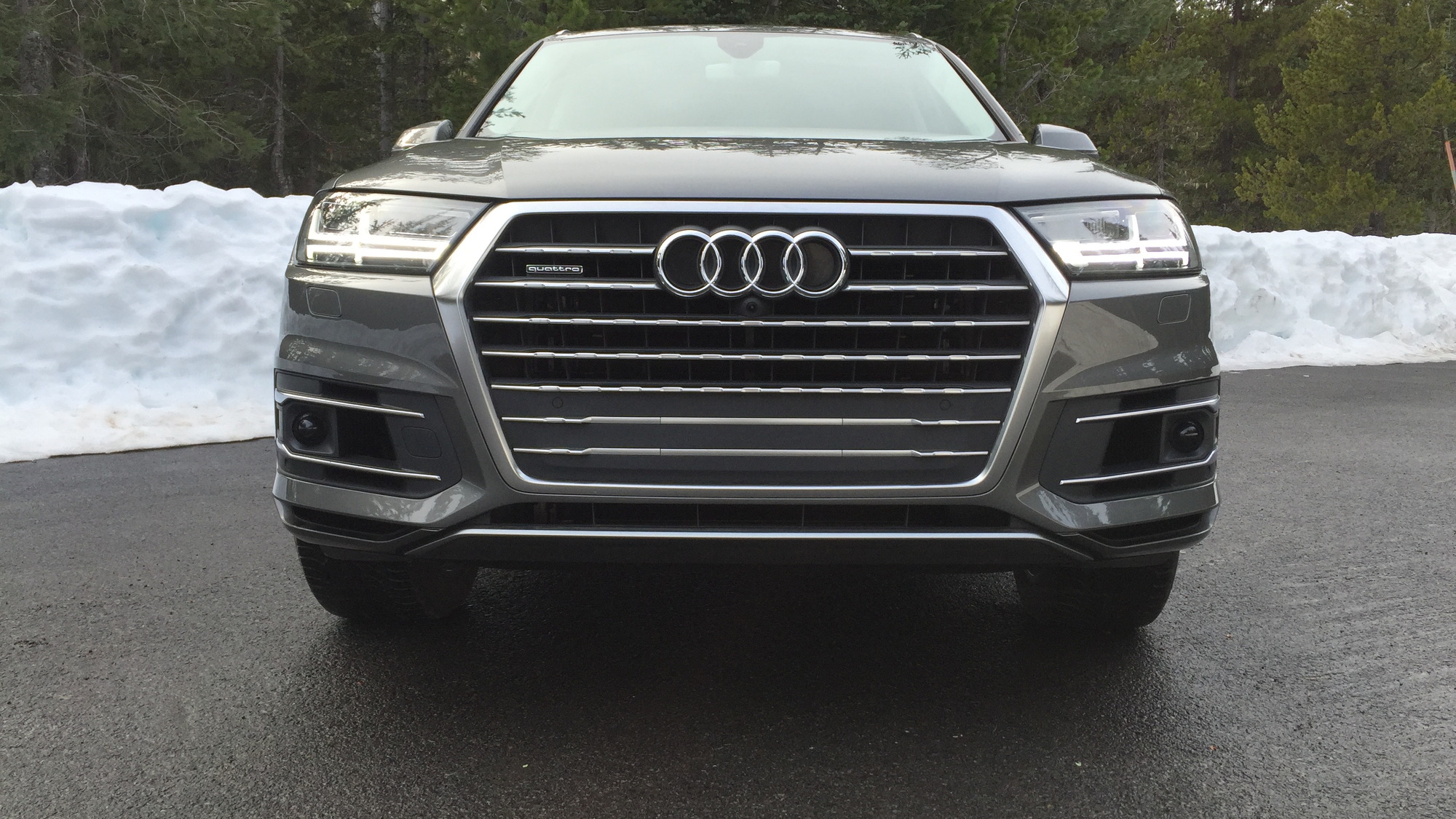 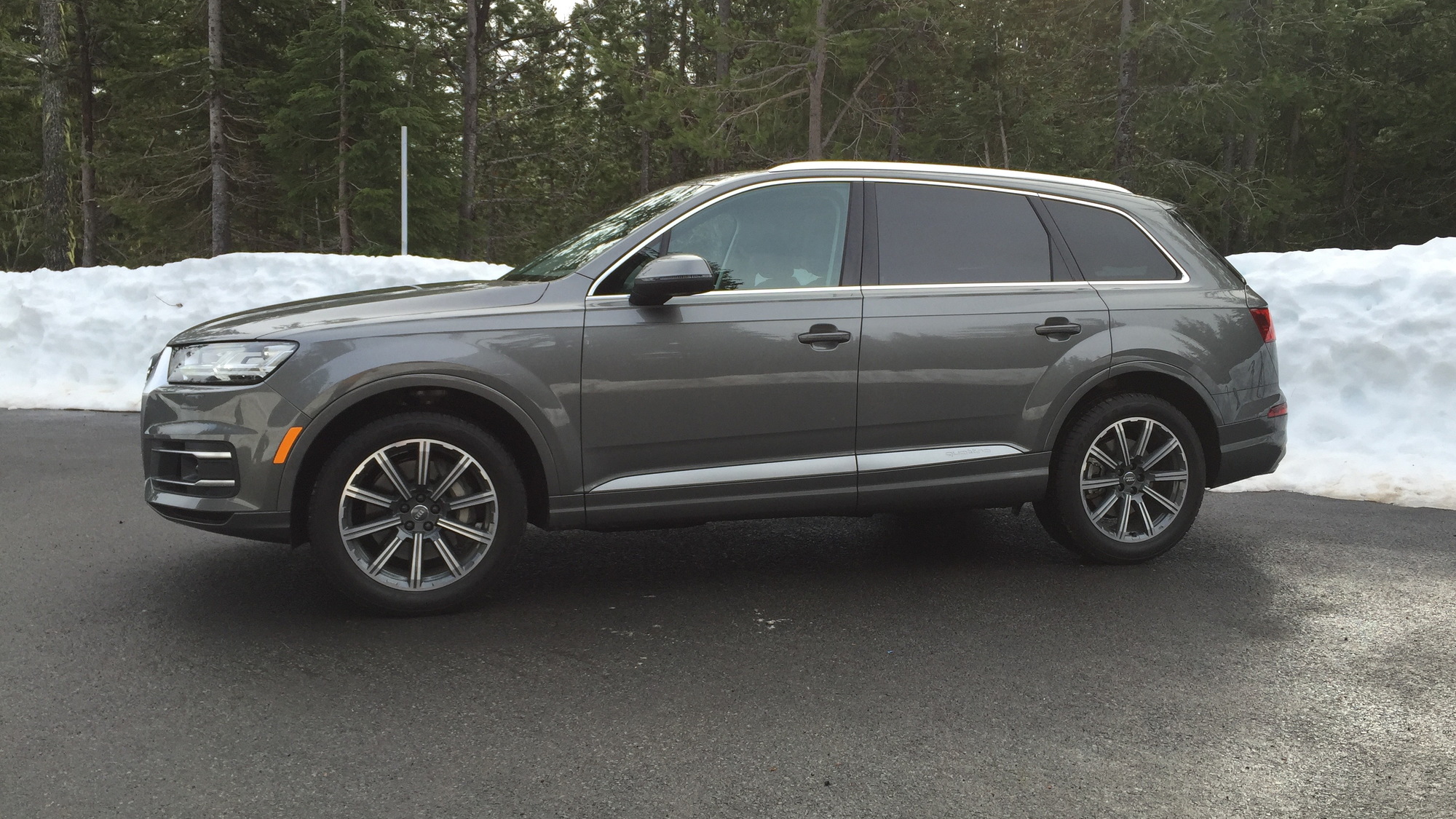 Three-row SUVs are today's station wagons. They do it all, from heavy-duty family hauling to light off-roading.

But having a third-row seat usually puts a damper on driving fun. And usually, that third row means luxury takes a back seat to practicality.

Today we're going to show you a three-row SUV that has its performance and luxury priorities right--the 2017 Audi Q7.

MUST SEE: Watch All 110 Crashes From The First Six Fast & Furious Movies

The Q7 was new back in 2007--you know, when the iPhone was fresh out of the box. It had a fairly small third-row seat, but it had great road manners and style.

It's always been a trendsetter. That first Q7 skipped the rugged truck influences in favor of a sport-wagon sense of style that's even stronger in the new model. The profile is even more wagon-like, and the details come right from Audi's sedans, from the single-frame grille to the LED lighting to the complex curves of its body.

The Q7's cockpit applies the latest technology to a horizontal theme. The Q7 has a large touch pad controller for the MMI infotainment system with haptic feedback. The instrument panel is a single high-resolution screen, capable of displaying everything from traditional gauges and trip info to full navigation and more. It's distracting to some, undoubtedly cool to others.

Performance is a perfect match for the sleek looks. The 2017 Audi Q7 is one of the best-handling utility vehicles on the market; and the four-wheel steering and active suspension systems help make the most of it.

Power comes from a 3.0-liter supercharged V-6 with 330 horsepower. Power is sent to all four wheels via an eight-speed automatic transmission. Eventually, the Q7 will get hybrid and turbo-four powertrains, but for now the V-6 has respectable fuel economy with EPA ratings of 19 miles per gallon city and 25 miles per gallon highway.

It feels nimble, and it should, since it's lost about 500 pounds thanks to a body made of aluminum and steel. It has a driving dynamics system that now works with the optional adaptive air suspension for up to seven drive programs, including one with up to 9.3 inches of ground clearance. Snowy trail to the cabin? Handled.

The supercharged V-6 and eight-speed are a great pair. The engine revs with sport sedan-like authority all the way to redline. Hustling this big family hauler up or down a long series of switchbacks is just about as satisfying as it would be in a wagon. Credit for that goes to four-wheel-steering. It makes the Q7 feel like it shrinks as you go around a corner.

Roomy, modern, well-built, and luxurious, the cabin of the 2017 Audi Q7 is a great place to be, wherever you're sitting. It's a little shorter and narrower than the outgoing model, but the cabin is longer, with more head room. The front row is comfortable, with plenty of space, but even in the second row, there's ample room for six-footers, even reclining seat backs.

The down side? The third-row seat is still small and doesn't have much leg room. It’s definitely the kid zone--or space for more cargo, when it's folded down.

Tech hardware is a calling card in the new Q7. It hasn’t been crash-tested yet, but Audi offers adaptive cruise control, blind-spot monitors, lane-change assist, and night vision. Audi has also improved the infotainment system with better voice controls and integration with Android Auto and Apple CarPlay.

Starting from just over $54,000 the Q7 comes with a panoramic sunroof, Bluetooth, and a rearview camera. Options include night vision, a 23-speaker Bang & Olufsen sound system, and power-closing doors.

So what’s the bottom line with the 2017 Audi Q7? It's the rare SUV that delivers sport-wagon handling, a supremely comfortable interior, and first-class technology.