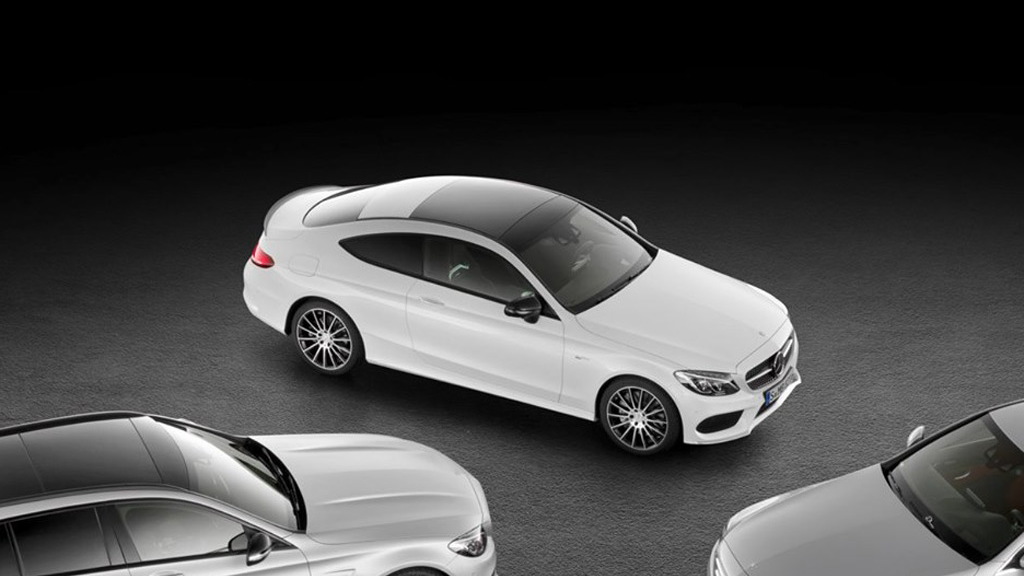 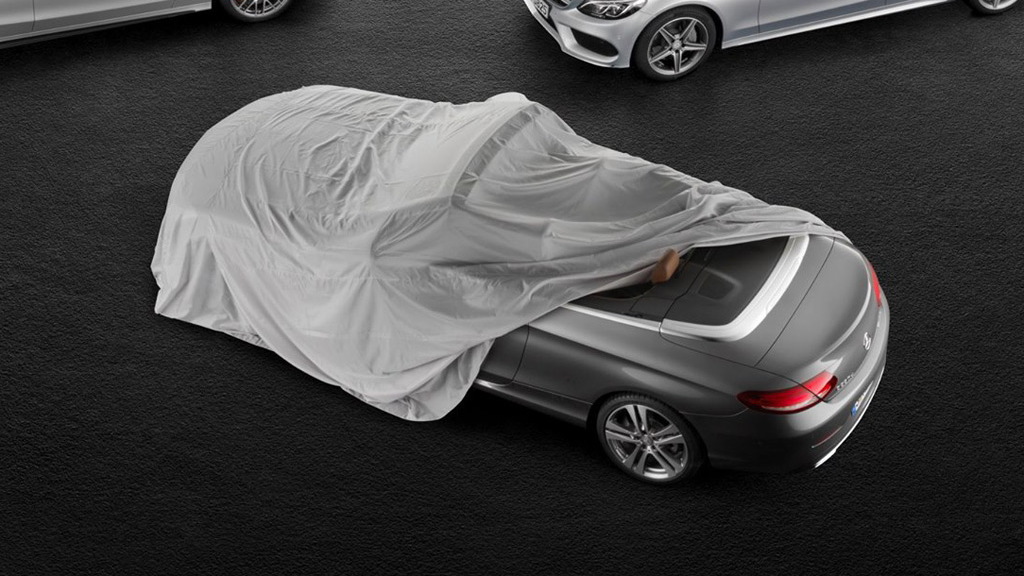 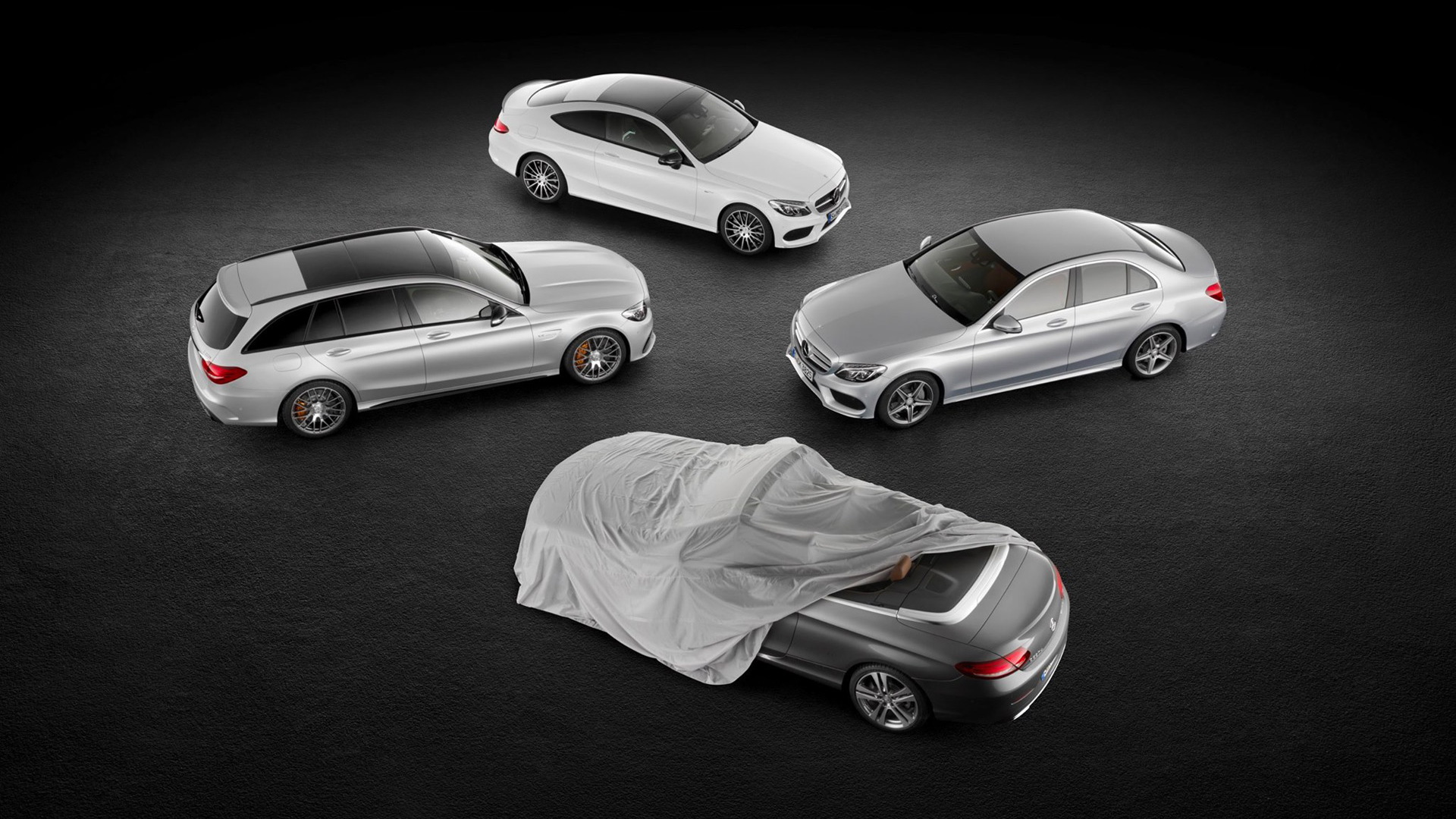 You may recall that we recently reported on Mercedes-Benz’s decision to group its ‘AMG Sport’ models like the C450 AMG as official Mercedes-AMG products, and together with the reshuffle rechristen the cars with a “43” designation to better reflect their positioning in the performance hierarchy.

The transition started with the 2017 SLC43 from the SLC sports car range and will soon lead to the launch of a new C43 as part of the C-Class range. Today we have our first look at the first C43 variant, the C43 Coupe, which is set to debut next week at the 2016 Geneva Motor Show and should be on sale later this year, as a 2017 model.

In a teaser for its new C-Class Cabriolet, which is also debuting at the Swiss show, Mercedes sneaked in its C43 Coupe. We don’t have any of the car’s specs but we expect them to match those of the current C450 AMG, which itself will soon adopt the C43 name.

This means a twin-turbocharged 3.0-liter V-6 mated to a seven-speed automatic transmission and driving all four wheels via a rear-biased version of Mercedes’ 4Matic all-wheel-drive system. Peak output should lie at 362 horsepower, which should be enough for 0-60 mph acceleration in around 5.0 seconds.

Along with the pokey V-6 engine, the C43 should benefit from sports-tuned suspension, genuine Mercedes-AMG goodies in the cabin, and several exterior cues hinting at the car’s boosted performance. The latter will include sporty bumpers and quad-exhaust tips.

Stay tuned for more details soon as the Geneva Motor Show starts March 1. In the meantime, learn about some of the other vehicles set to debut by visiting our dedicated hub.