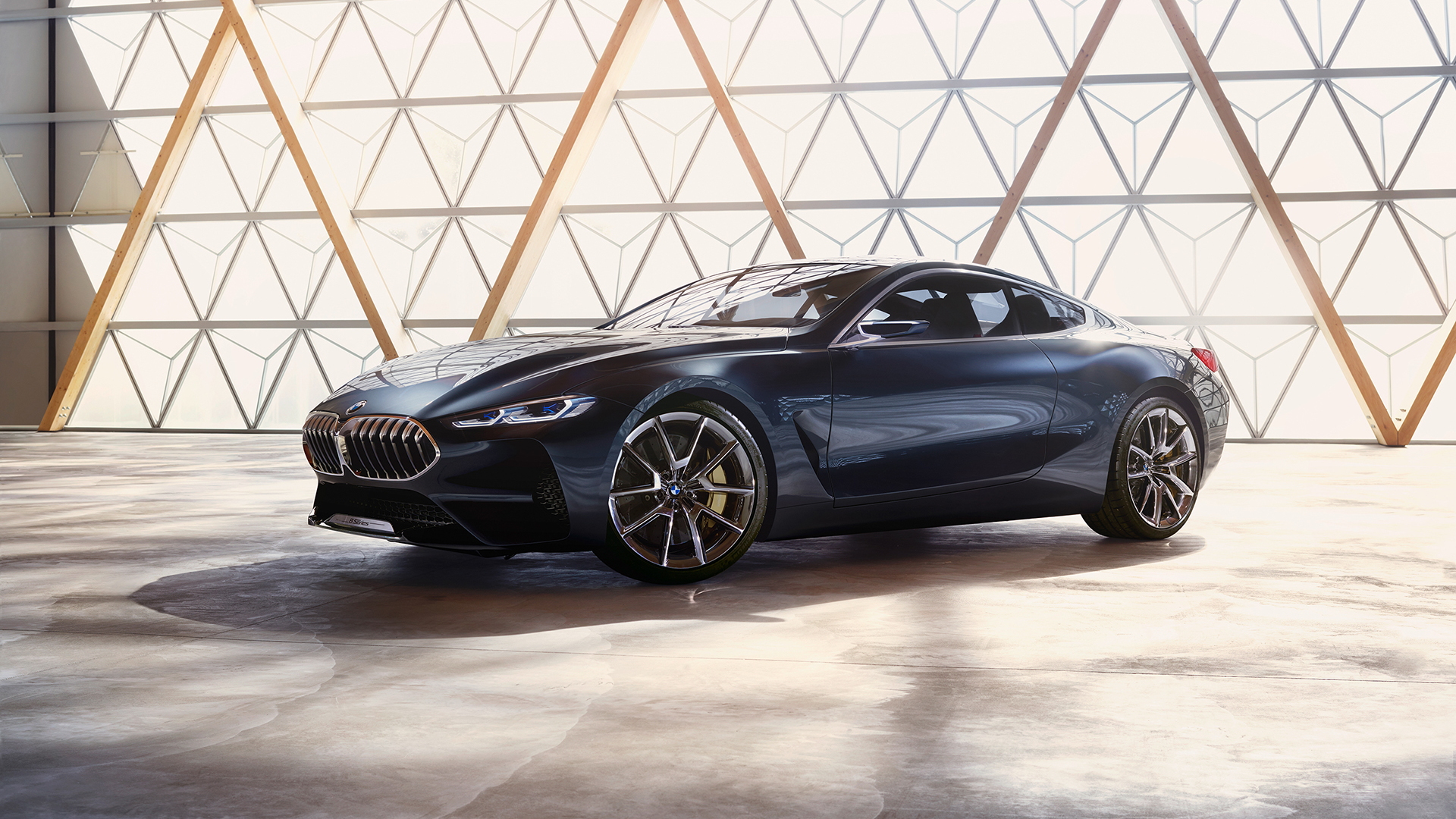 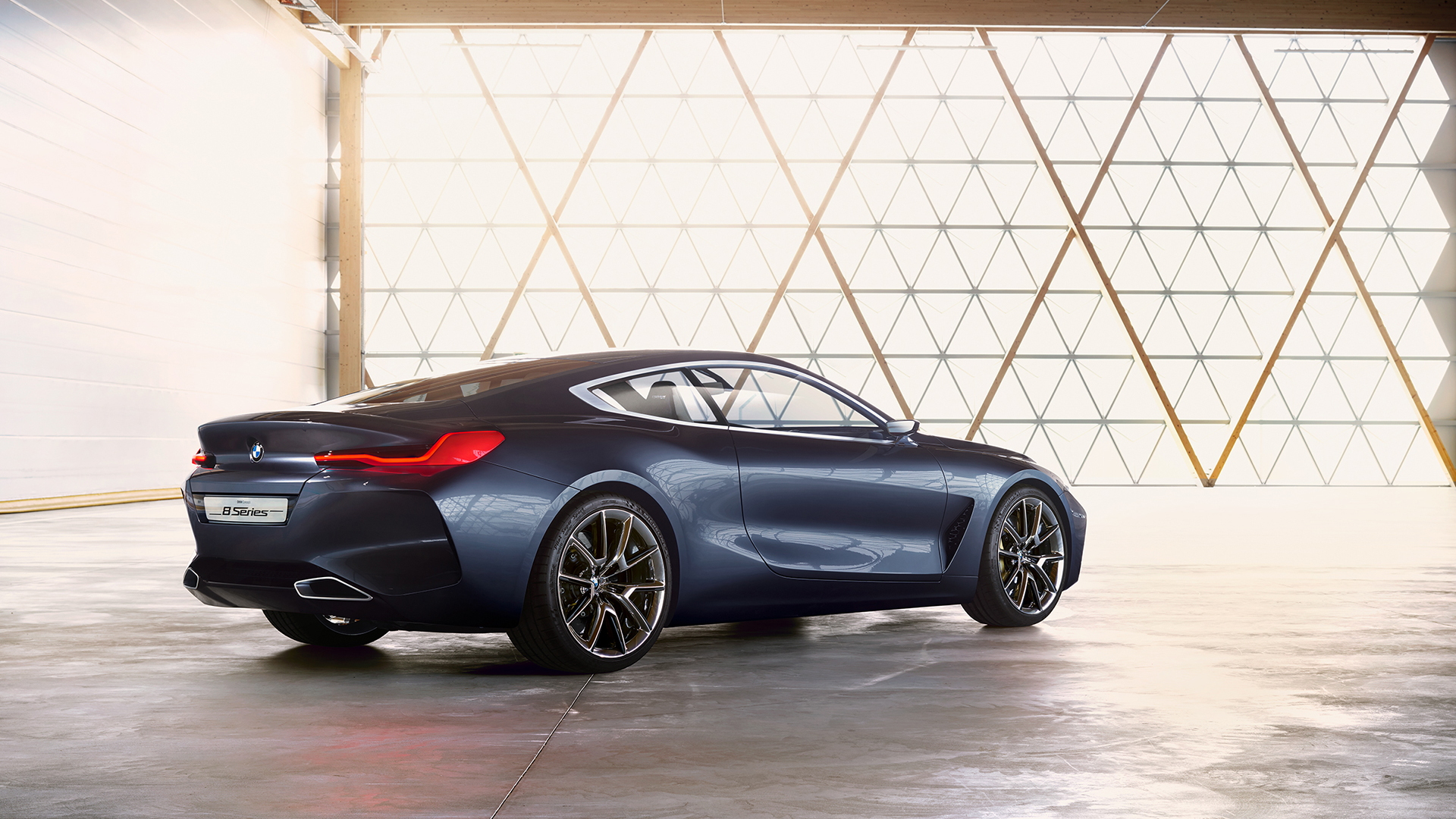 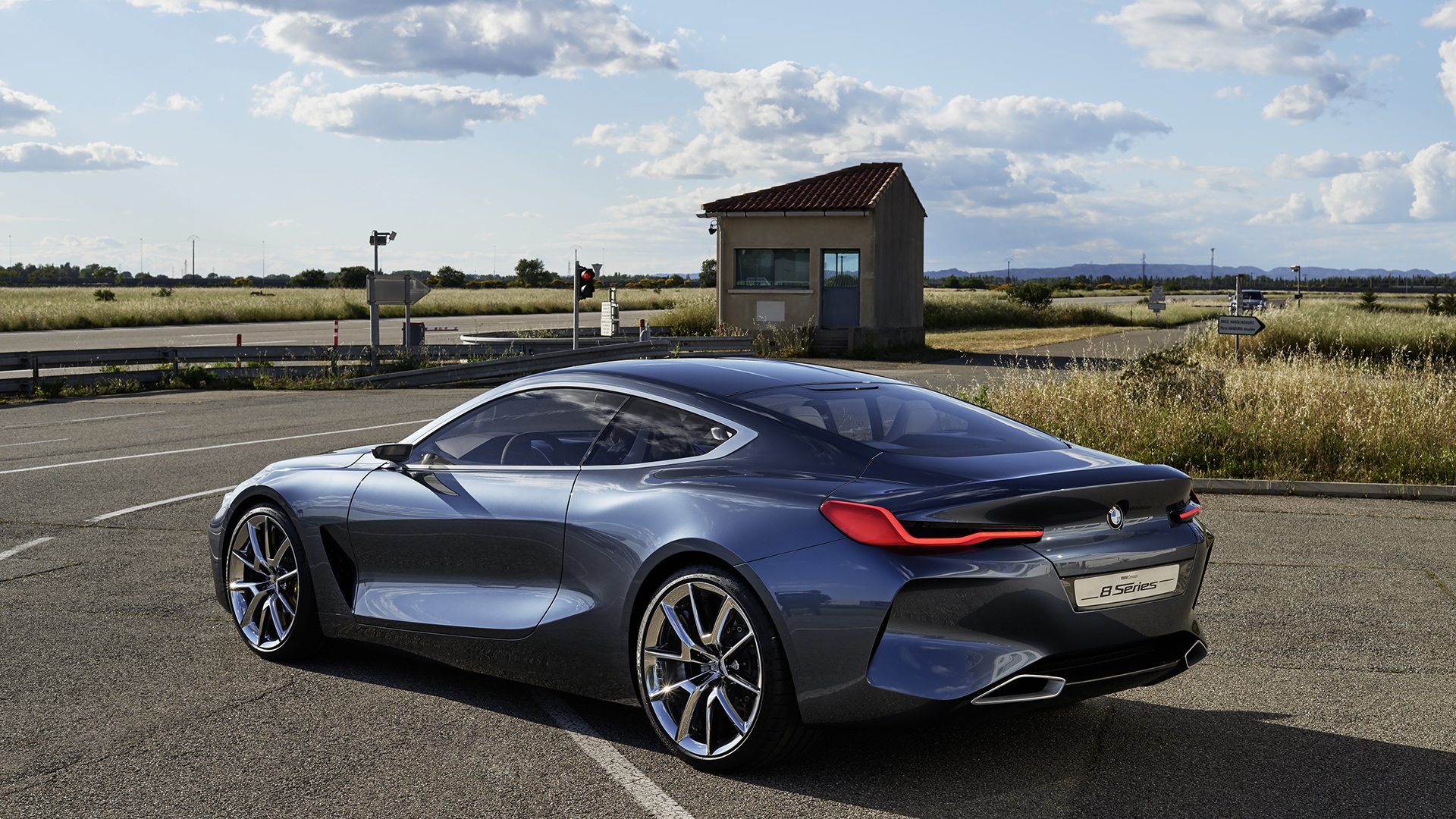 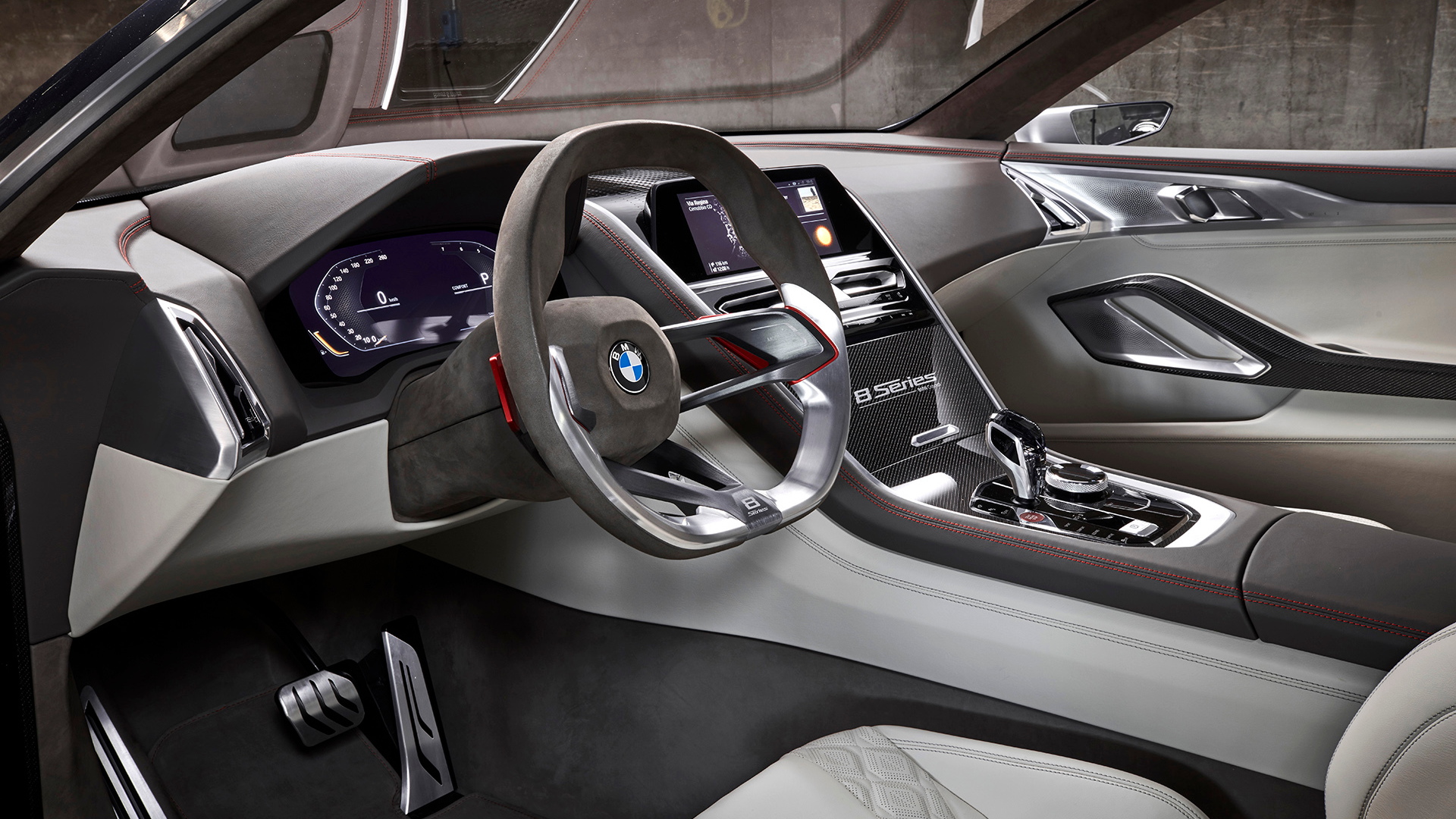 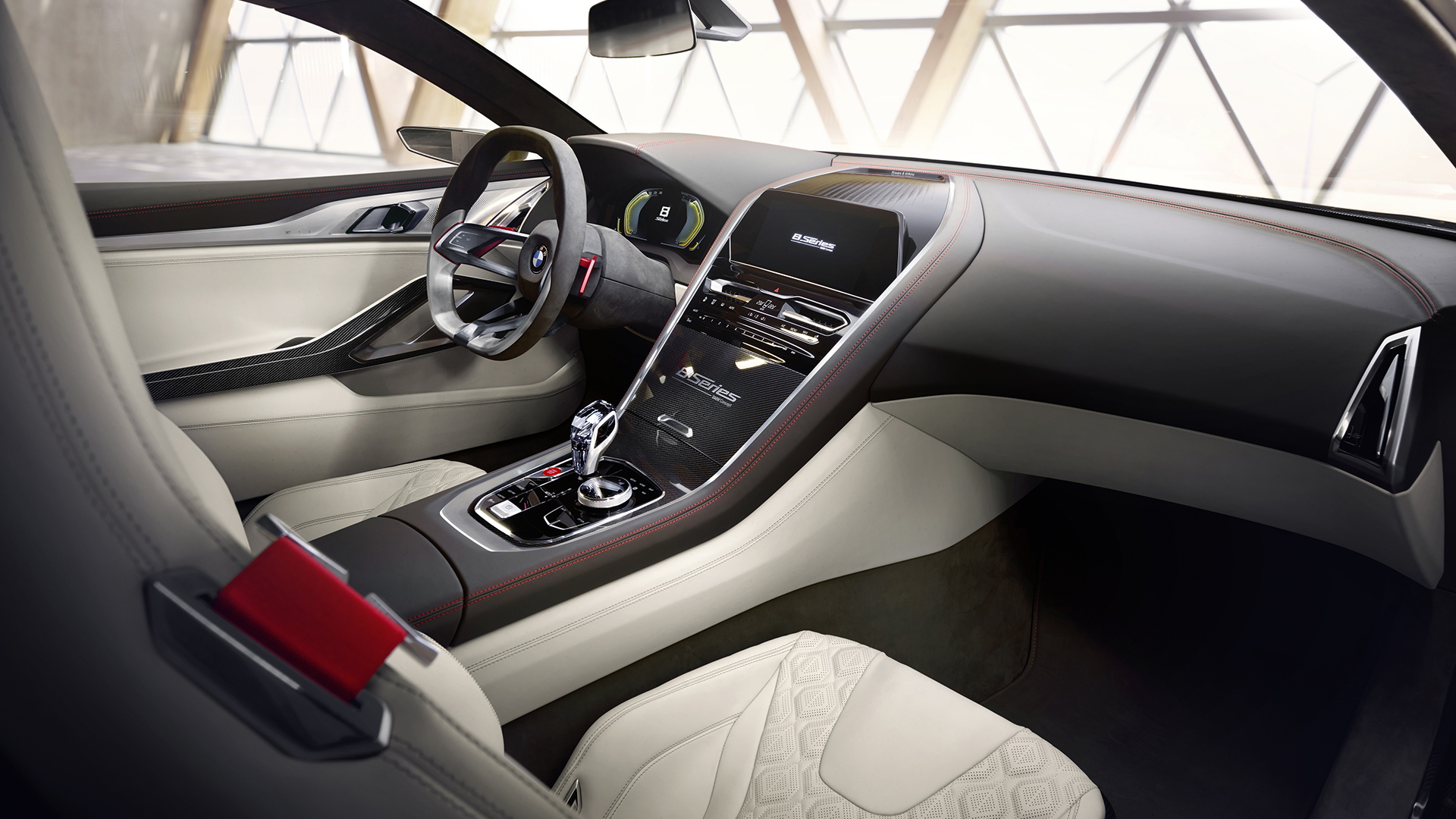 BMW didn't wait long to show fans of the brand that it still could build a big coupe. Days after quietly pulling from sale the 6-Series coupe from the U.S., BMW showed in Italy what's likely coming next.

The BMW 8-Series Concept revealed Thursday at Concorso d'Eleganza Villa d'Este on the shores of Lake Como, Italy, signals the next halo coupe from Munich. Shots of the coupe leaked early before the reveal, but BMW's announcement on the 8-Series gave us our first official hints on what to expect.

According to the automaker, the 8-Series will go on sale in 2018 as part of a larger push with even more luxury cars for the Bavarian brand. BMW mentioned that the concept coupe will be rear-wheel drive, but didn't divulge any powertrain details or specifications about the concept car or a production version.

The concept's styling is exaggerated, but squinting reveals some details likely destined for production. The concept's wide rear haunches are meant to underscore the coupe's performance pedigree, and the nose and interior hint about its advanced construction.

BMW mentioned that the 8-Series Concept wears carbon fiber in its grille and front seats, which could mean it has been used in other places. The current 7-Series sedan, which is already on sale, uses carbon fiber implants in its chassis for lighter weight and better efficiency.

Up front, the BMW kidney grille is flanked by laser headlights that were introduced on the i8 model. Around back, the wide and stretched rear taillights up high and large trapezoidal exhausts down low hint at a more aggressive destiny for the 8-Series. Along the sides, deeply cut side strakes toward the front wheels help to balance the incredibly wide rear stance, but its preference for rear-drive propulsion is unmistakable.

BMW showed off a coupe concept in Italy, but we've already seen spy shots of a possible convertible in the works and a four-door Gran Coupe body style may follow. Considering the coupe is just around the corner (on sale within 18 months or so) we expect to hear more details about the new luxury cruiser soon.

The Concorso d’Eleganza Villa d’Este runs until May 28. For more of our coverage on the event, head to our dedicated hub.