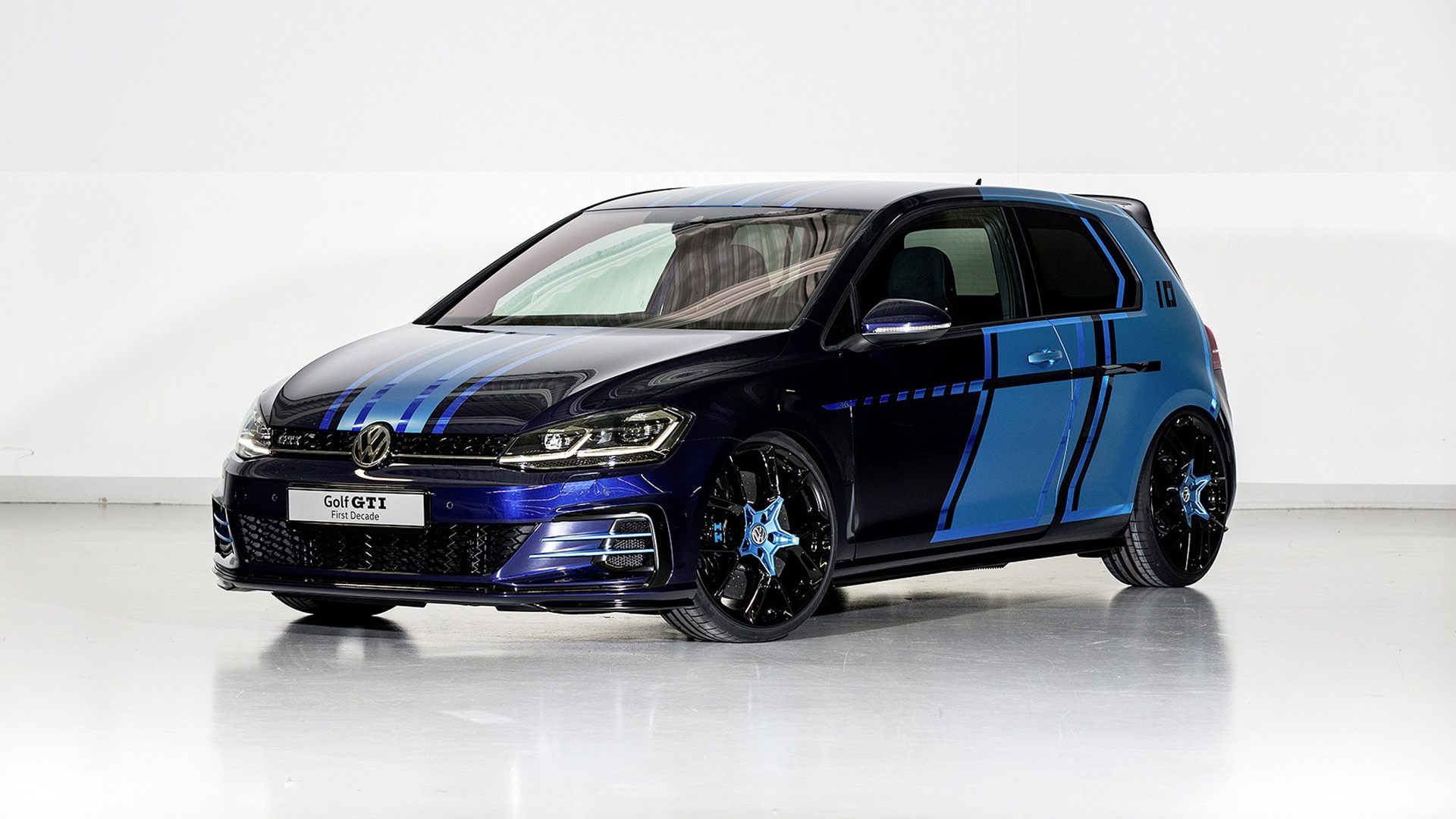 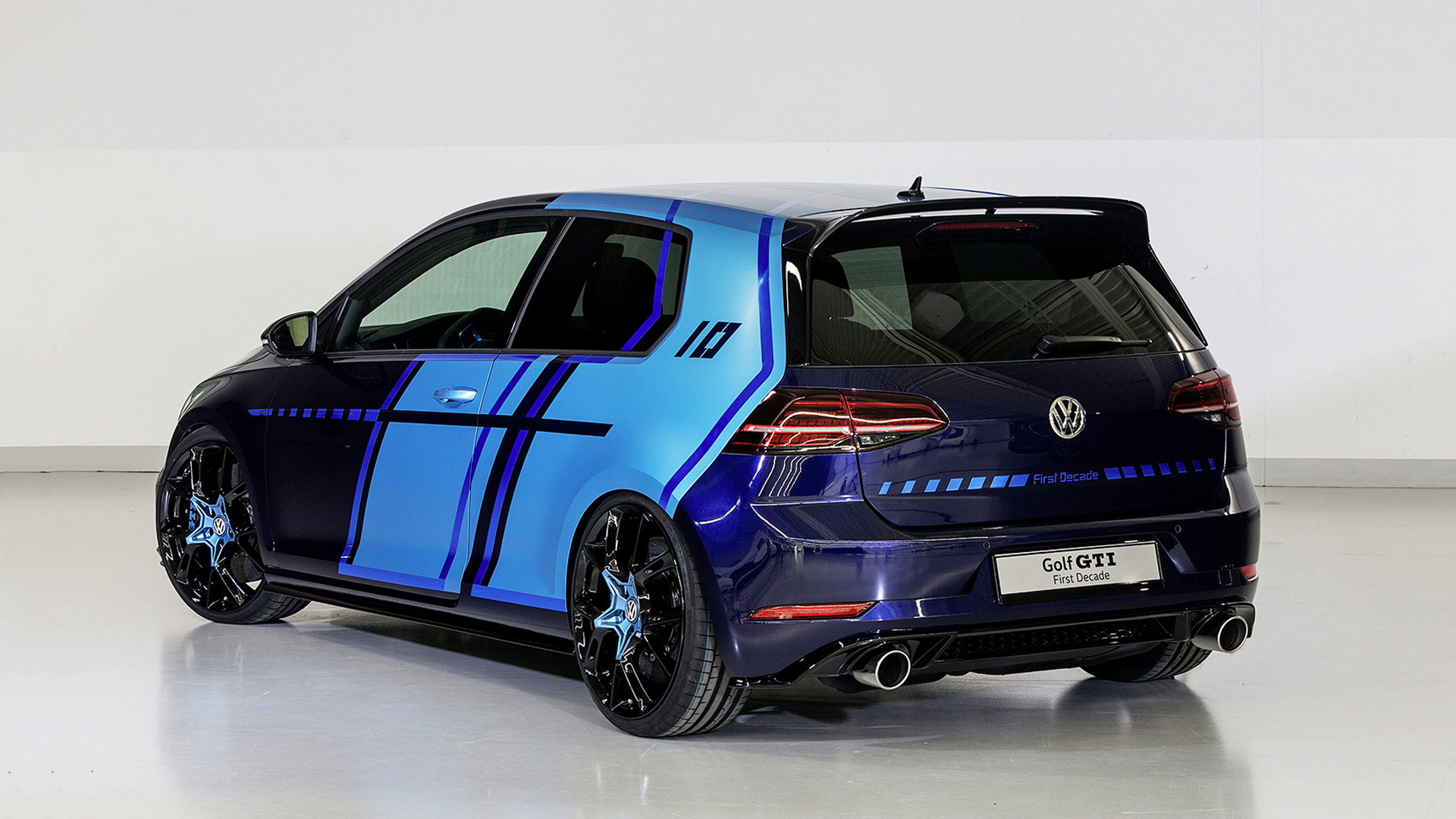 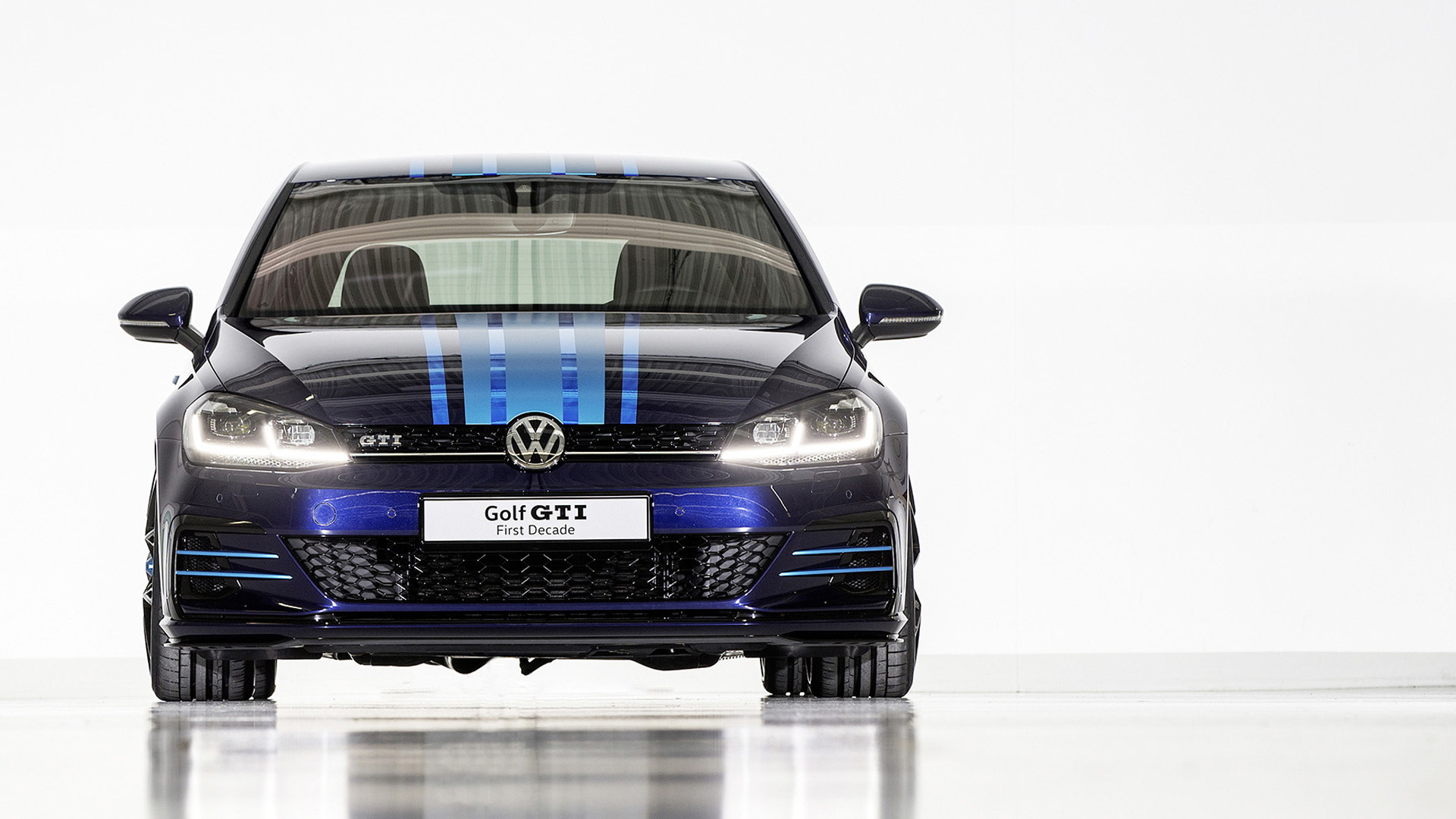 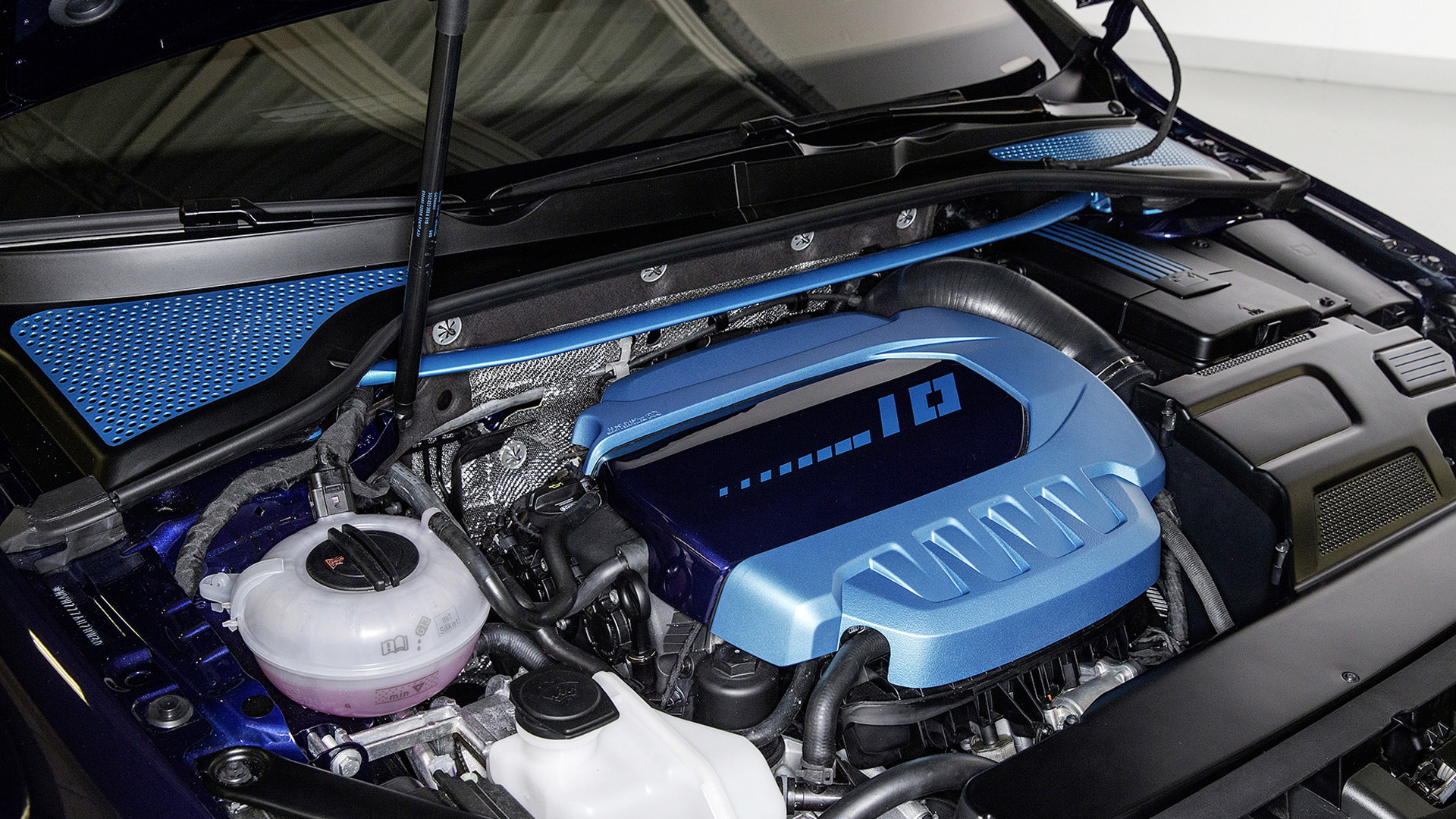 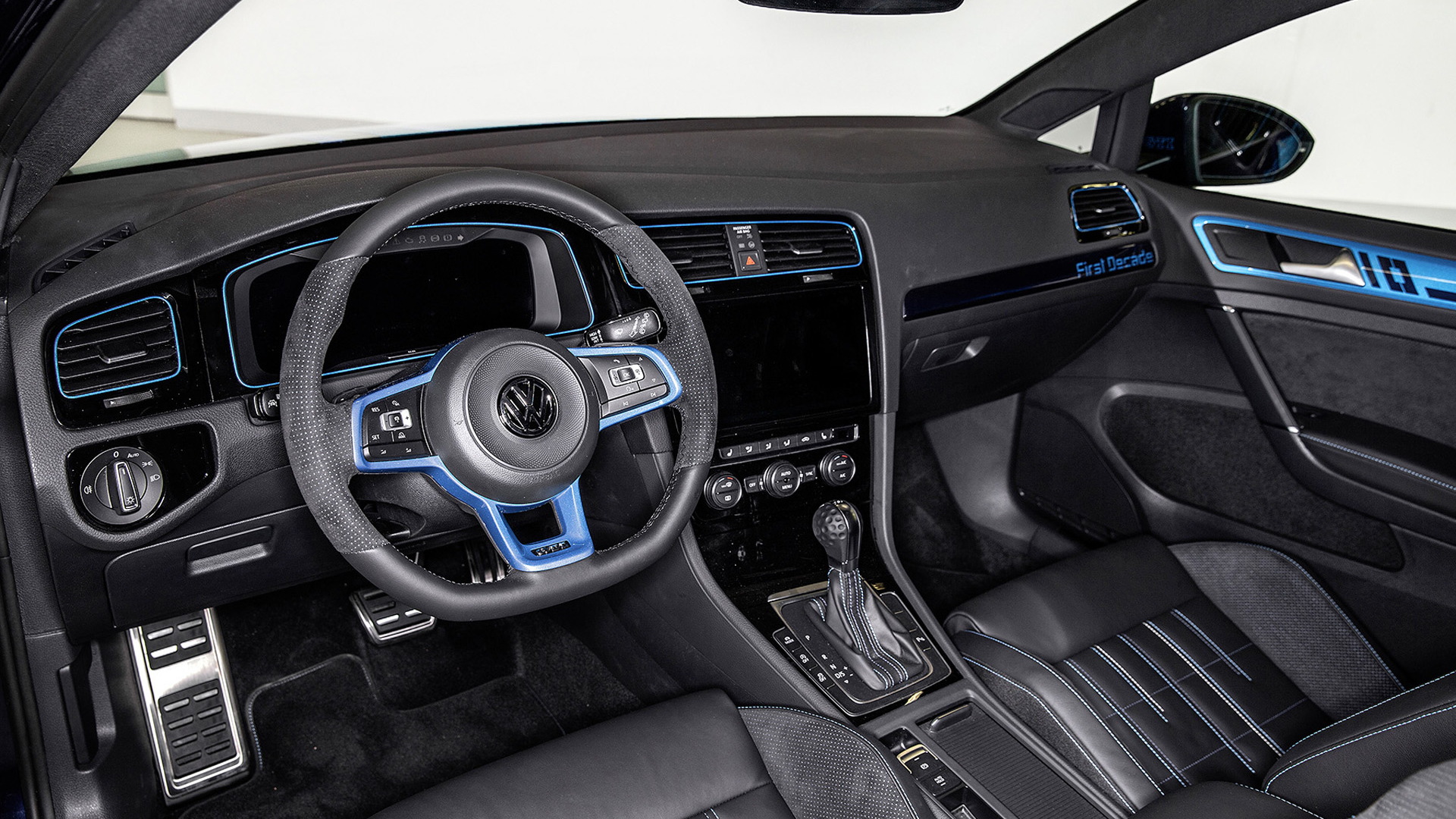 This year’s Wörthersee Tour GTI tuning fest is upon us and Volkswagen has revealed some exciting concepts.

Last week we were treated to the production-bound Up! GTI concept and now we have details on two new concepts present at the Austrian event.

The highlight is a Golf GTI hybrid concept that may just hint at the future of the popular hot hatch.

Called the Golf GTI First Decade, the name highlighting the 10 Golf GTI concepts VW has shown at the Wörthersee Tour over the past decade, the concept features the standard 2.0-liter turbocharged inline-4 up front and an electric motor at the rear.

The two power sources form a “through-the-road” hybrid all-wheel-drive system and deliver a combined 404 horsepower. They can work independently, though, allowing for gasoline- or electric-only modes. The electric motor is running on a 48-volt system and only develops around 16 hp on its own. Two small batteries are mounted in the rear and are charged using brake energy regeneration.

Another Wörthersee Tour concept is the Golf GTE Estate impulsE from Zwickau. Based on the Golf SportWagen, the concept combines the Golf’s more practical wagon body style with the sporty yet fuel-efficient plug-in hybrid system of the Golf GTE sold overseas.

A highlight of the concept is the prototype battery with a capacity increased from the standard 8.8 kilowatt-hours to 16.9. This doubles the car’s range in electric-only mode. The rest of the powertrain has been left unchanged. Up front is a 1.4-liter turbocharged inline-4 paired with an electric motor. Together, they send 201 horsepower and 258 pound-feet of torque to the front wheels via a 6-speed dual-clutch transmission.

Impressively, the two concepts were built by apprentices at Volkswagen and German automotive supplier Sitech.

The 2017 Wörthersee Tour starts today and runs until May 27. For more coverage, head to our dedicated hub.