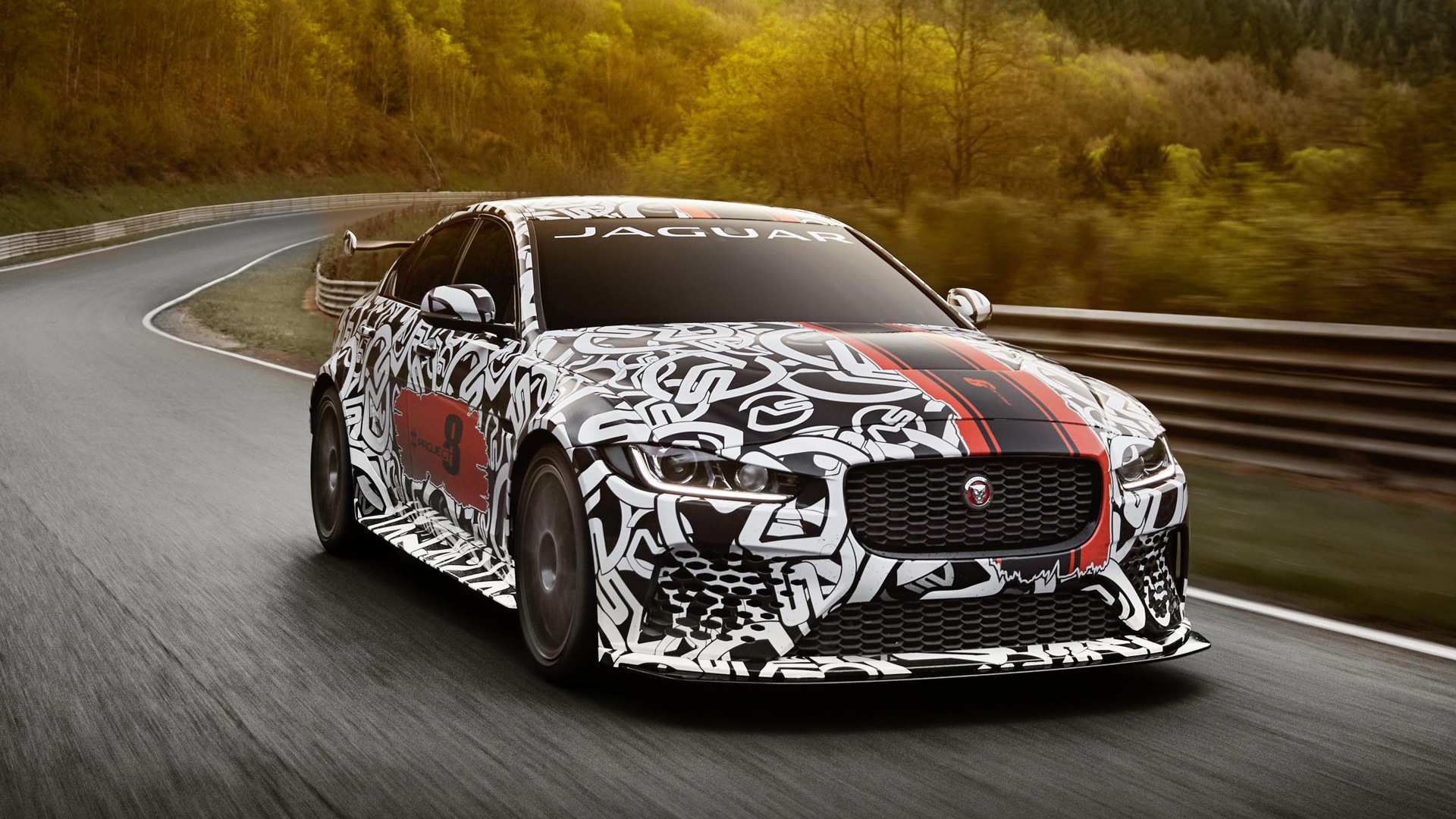 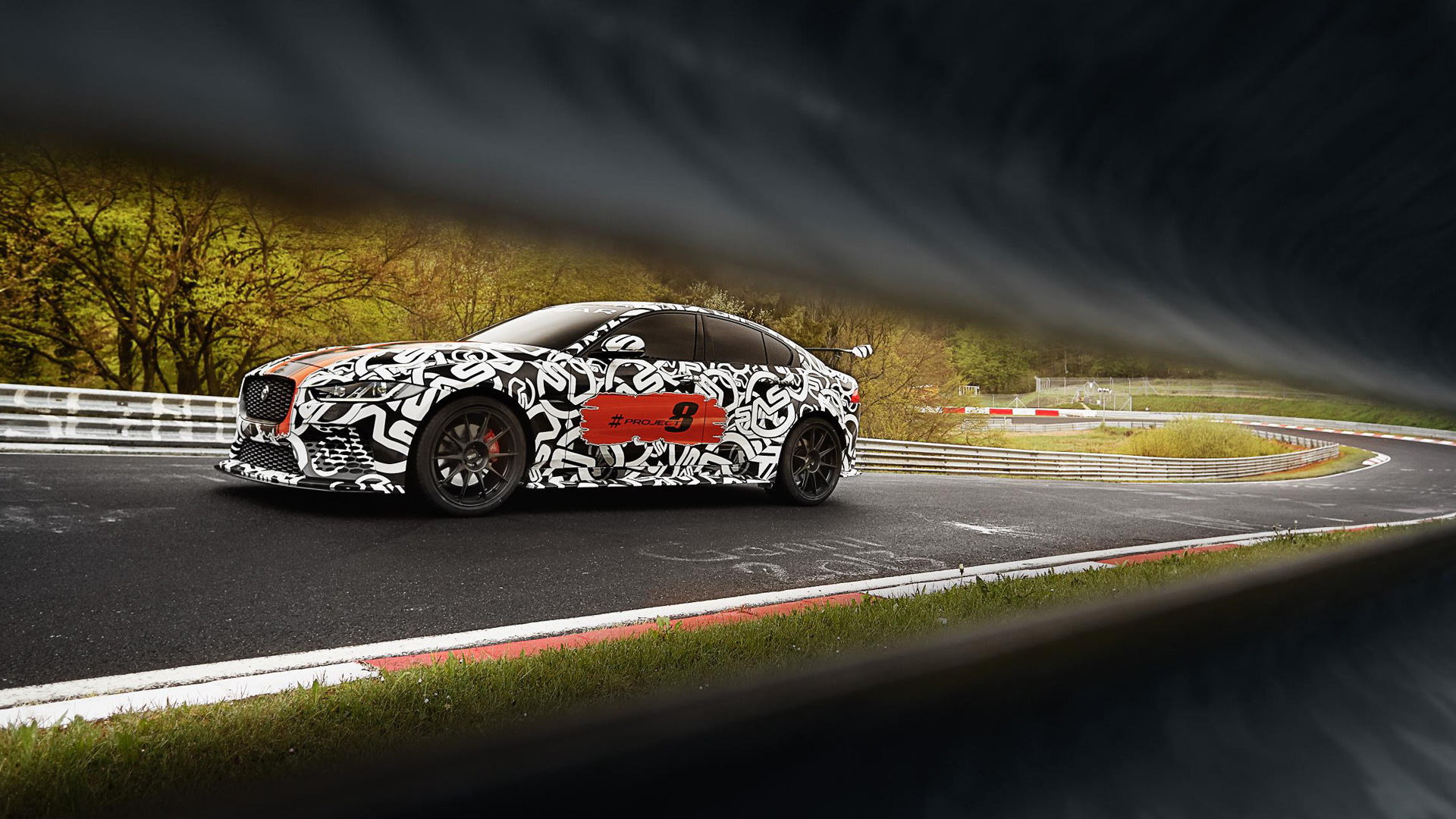 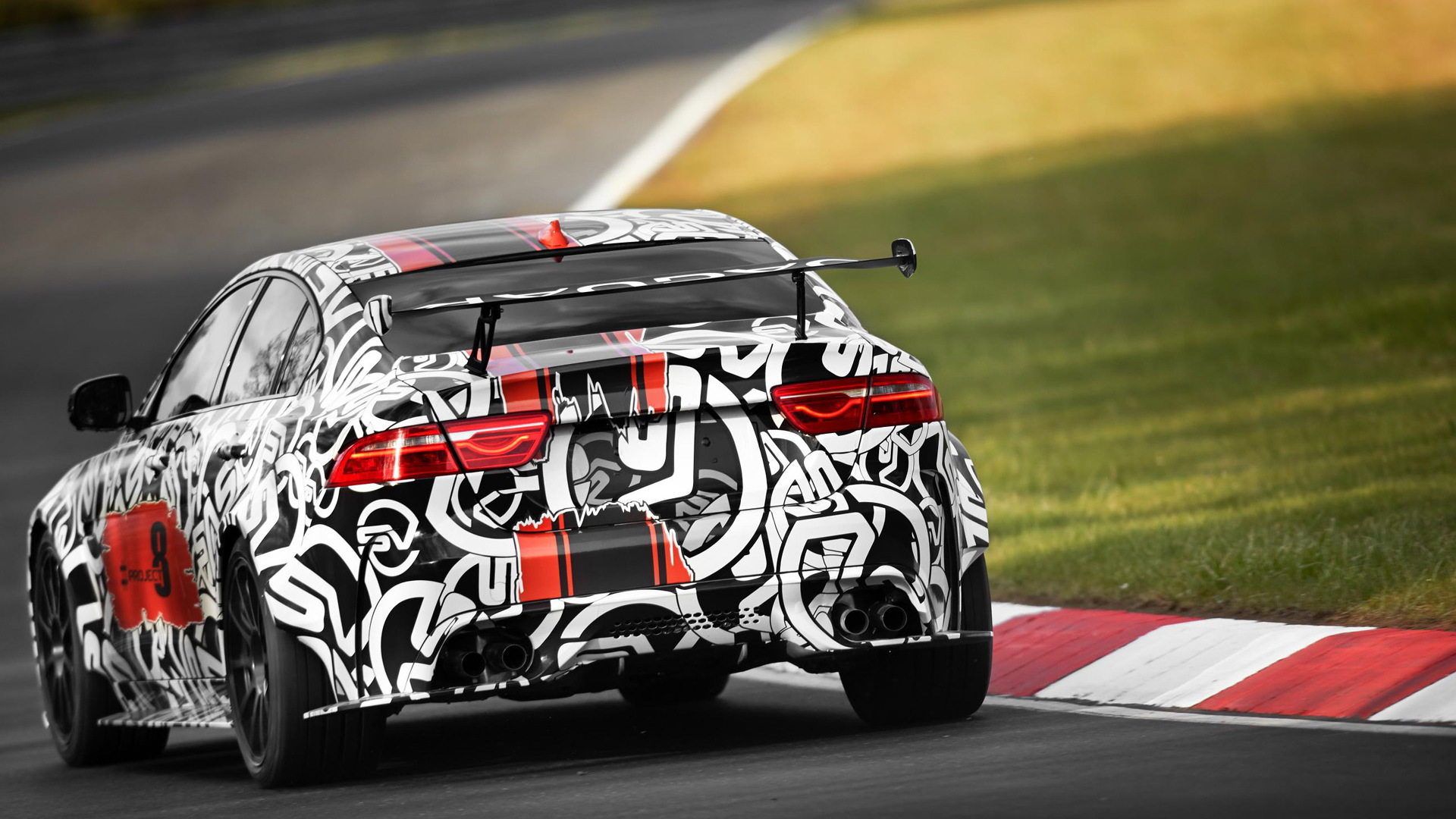 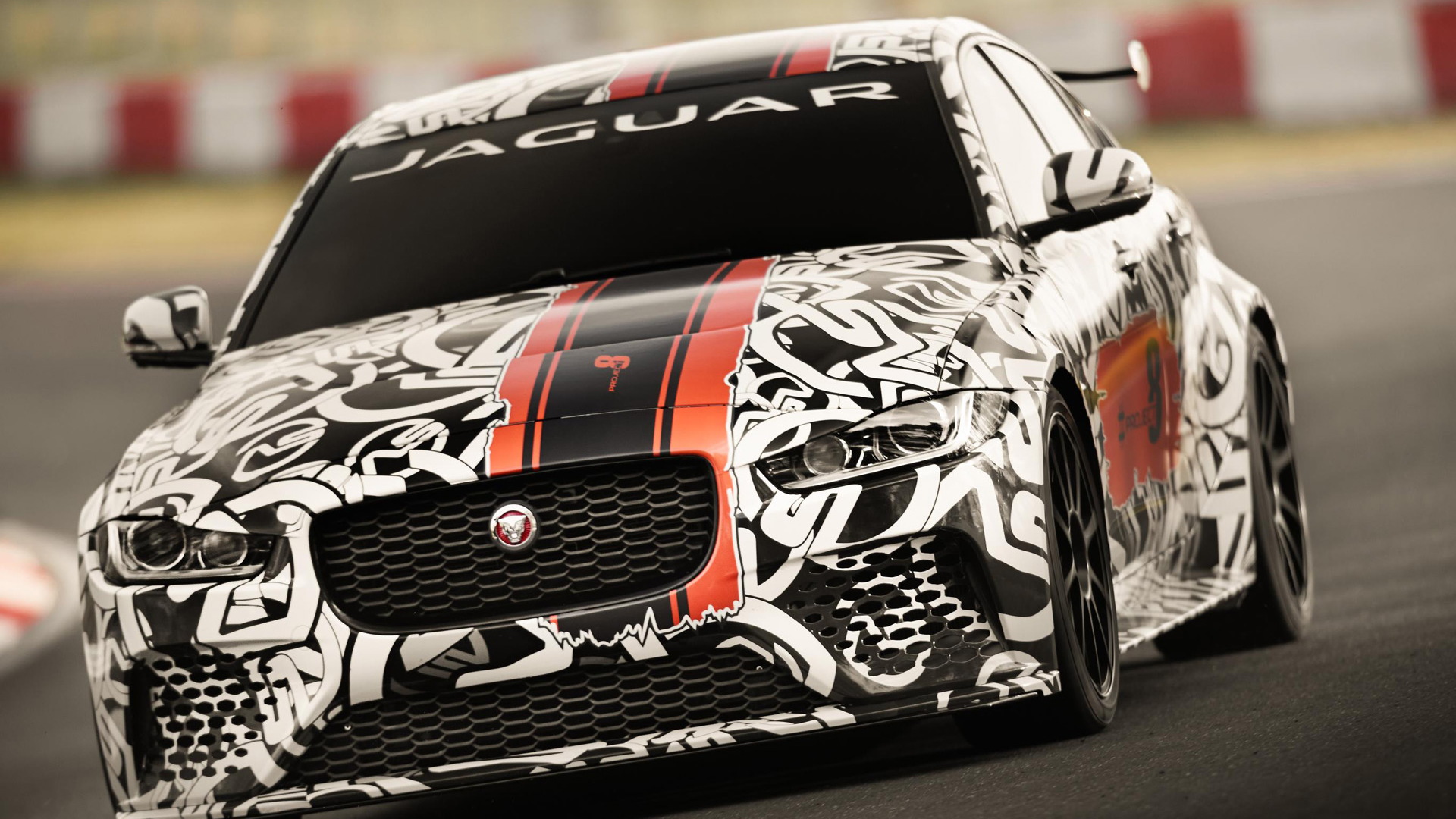 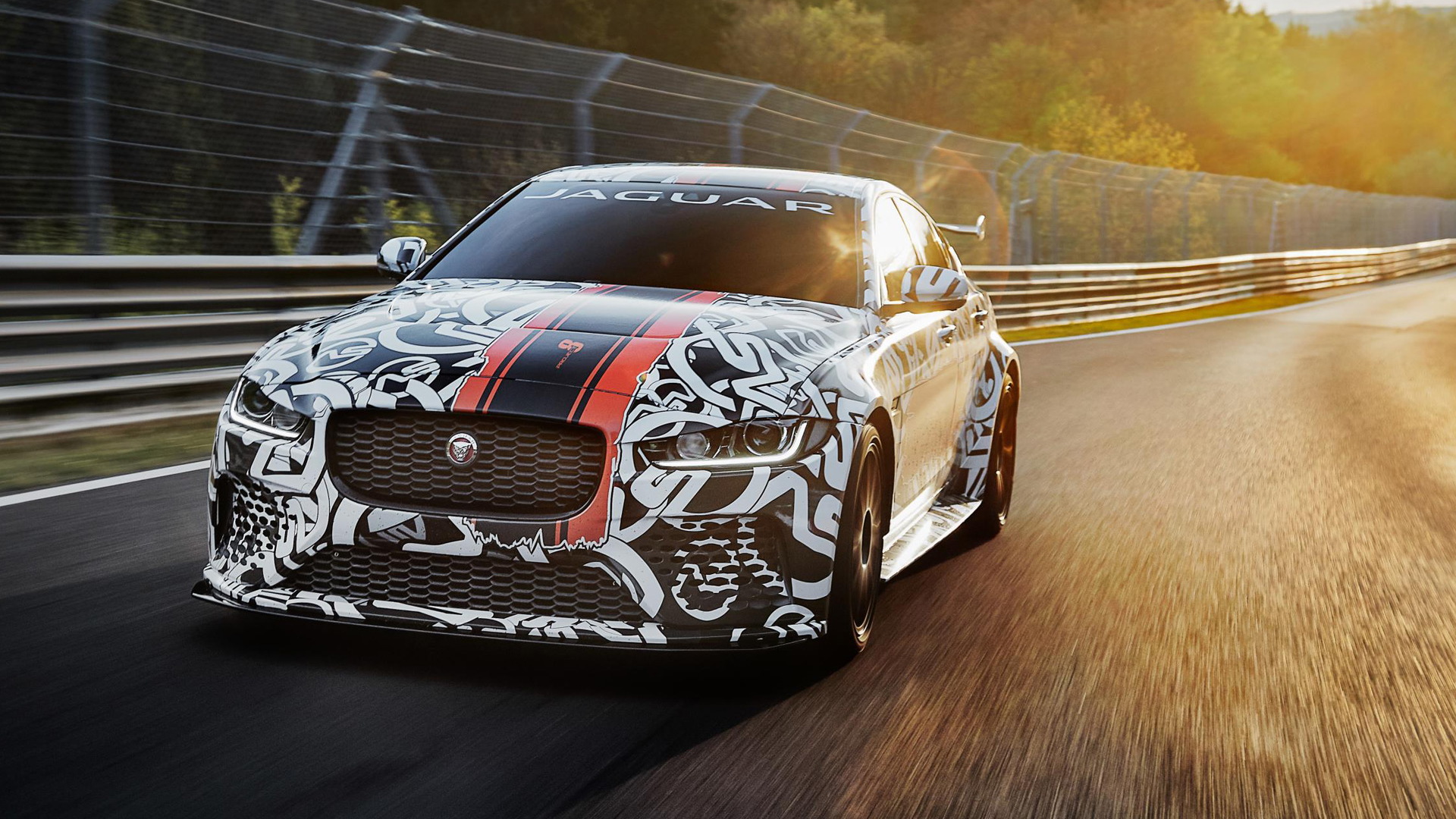 It wasn’t that long ago that the 503 horsepower in the Mercedes-AMG C63 S seemed like an insurmountable output for a small sport sedan. However, Jaguar is about to blow all competition out of the water with its XE SV Project 8.

Set to debut next month at the 2017 Goodwood Festival of Speed, the XE SV Project 8 is a follow-up to 2014’s F-Type Project 7 and destined to become the most powerful Jaguar road car ever built.

The teaser shots reveal a much wider track than in the regular XE, especially at the rear. You’ll also notice a vented hood, front splitter, quad-exhaust tips, and a massive rear wing.

Jaguar is yet to reveal more as development, which includes high-speed testing at the Nürburgring, is ongoing. Handling the development is the SVO skunk works which will be assembling much of the car by hand.

“The time is right for SVO to produce the most extreme performance road car in the history of Jaguar,” SVO boss John Edwards said in a statement. “Our clients worldwide were thrilled by the F-Type Project 7; the new XE SV Project 8 takes aerodynamics and performance engineering to another level.”

Sadly, only 300 of these babies will be built—for worldwide consumption. The good news is that the car will likely lead to a regular-production XE SVR, in the same way that the F-Type Project 7 led to the F-Type SVR.

Full details on the XE SV Project 8 will be revealed on June 28. The car will then be presented at the United Kingdom’s Goodwood Festival of Speed which starts the following day. For more coverage on the event, head to our dedicated hub.