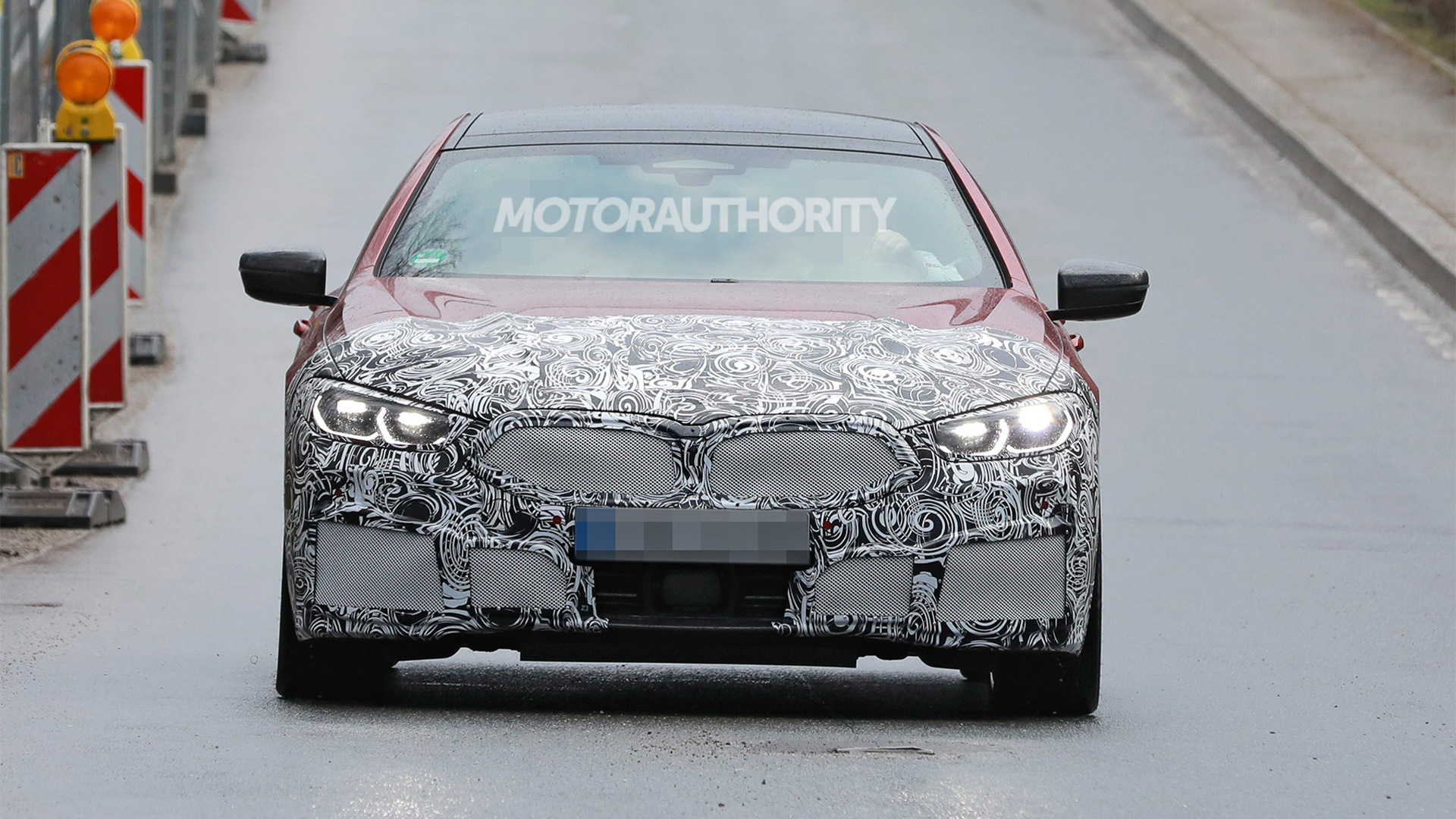 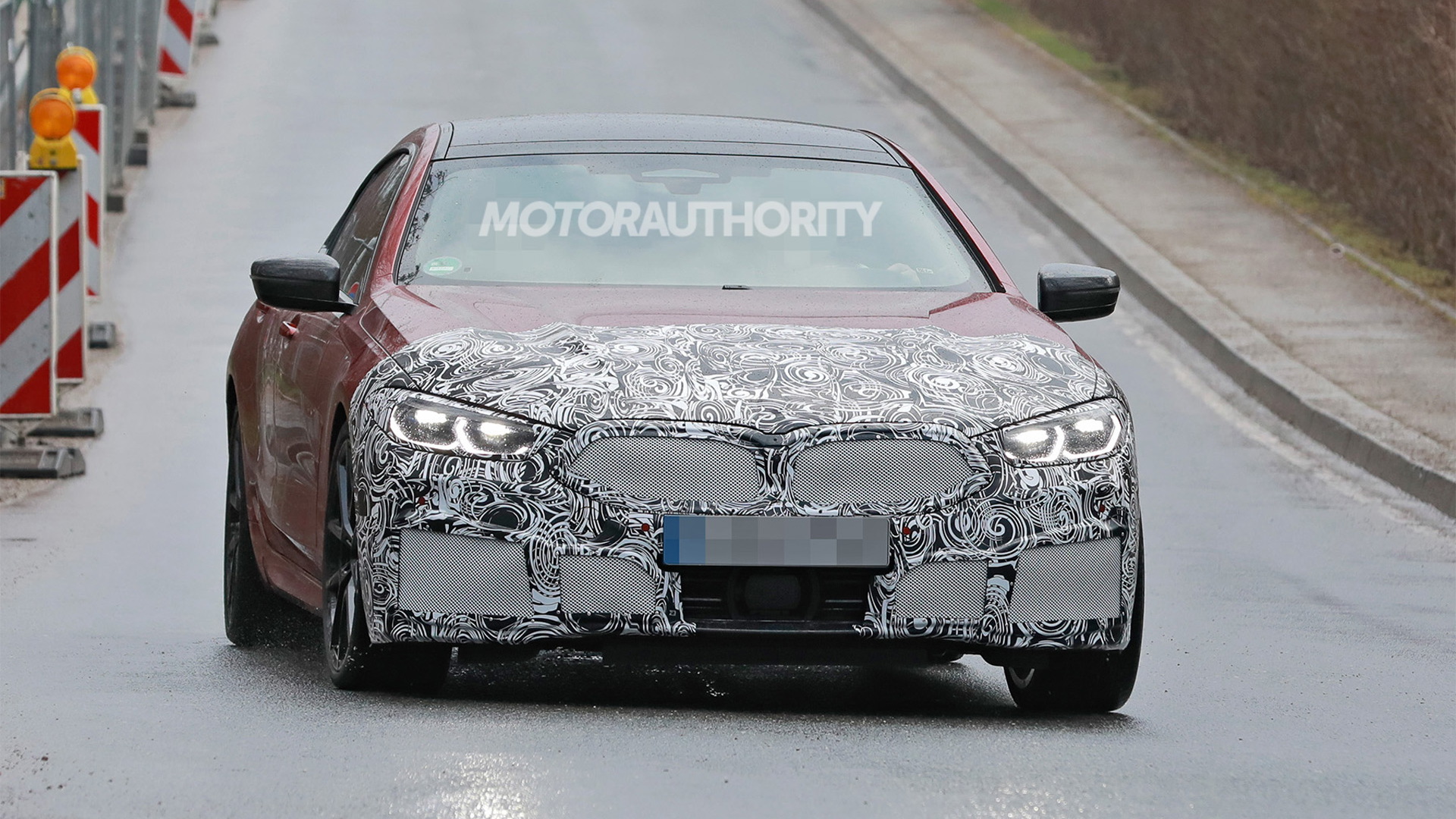 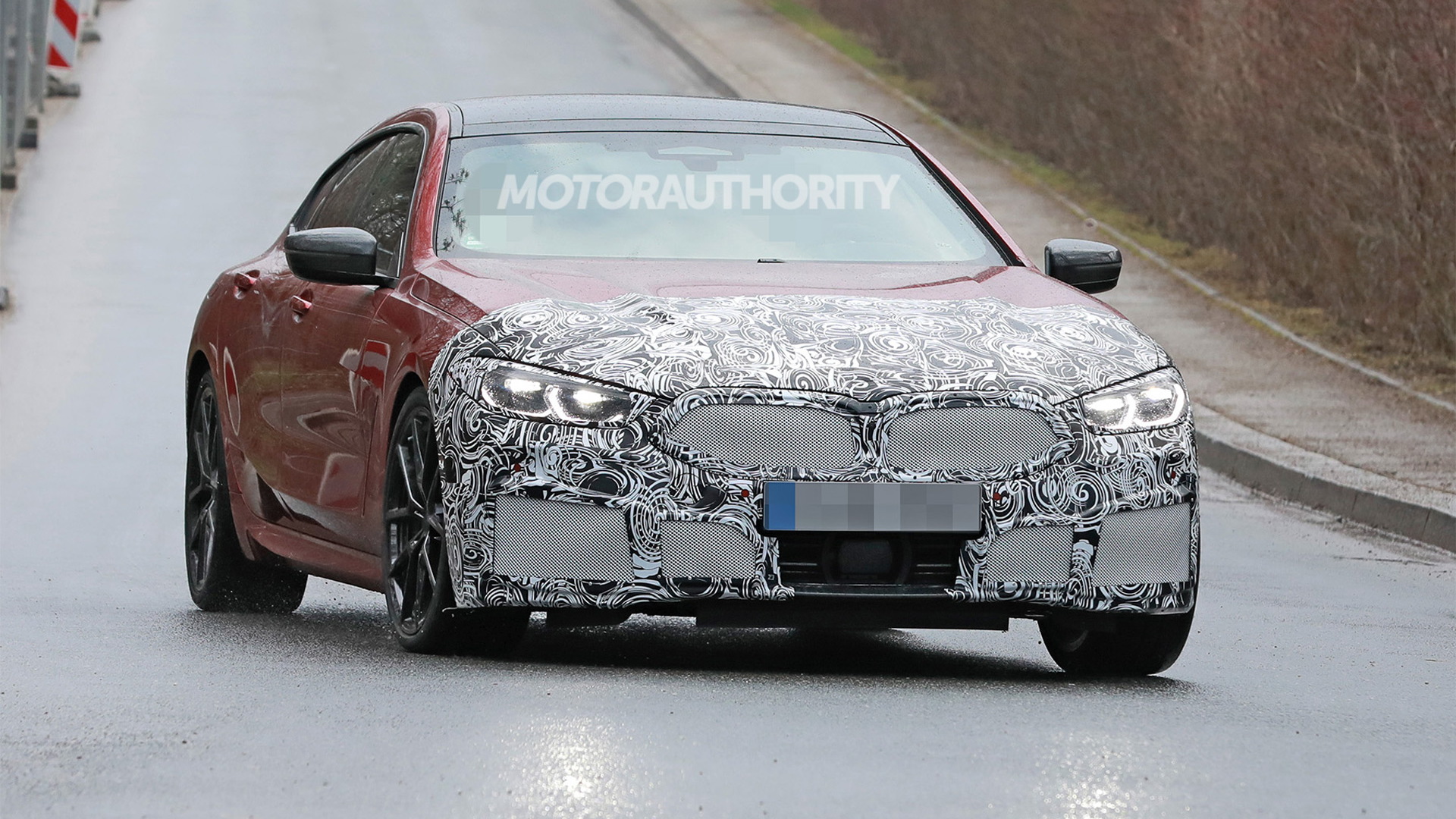 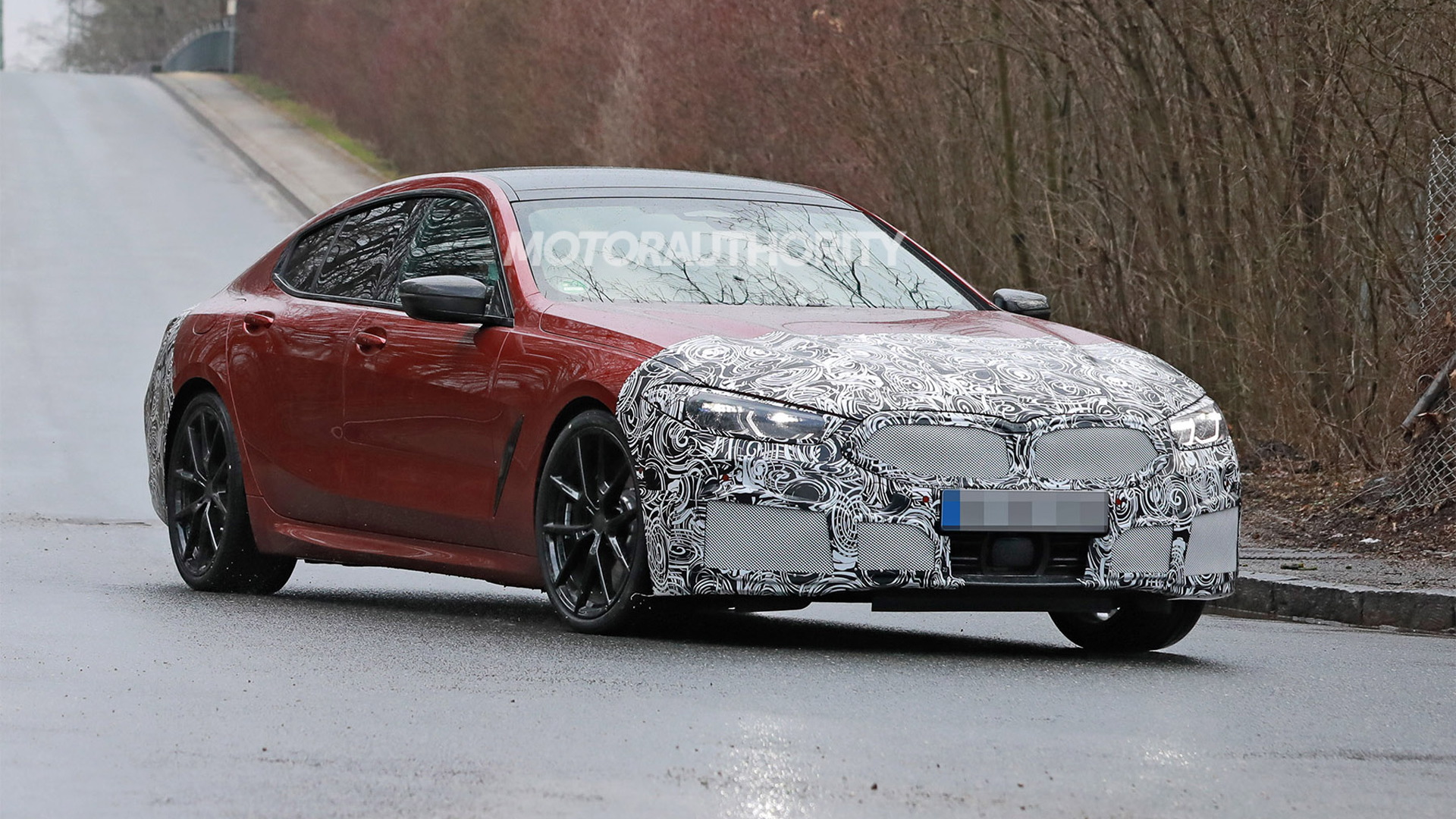 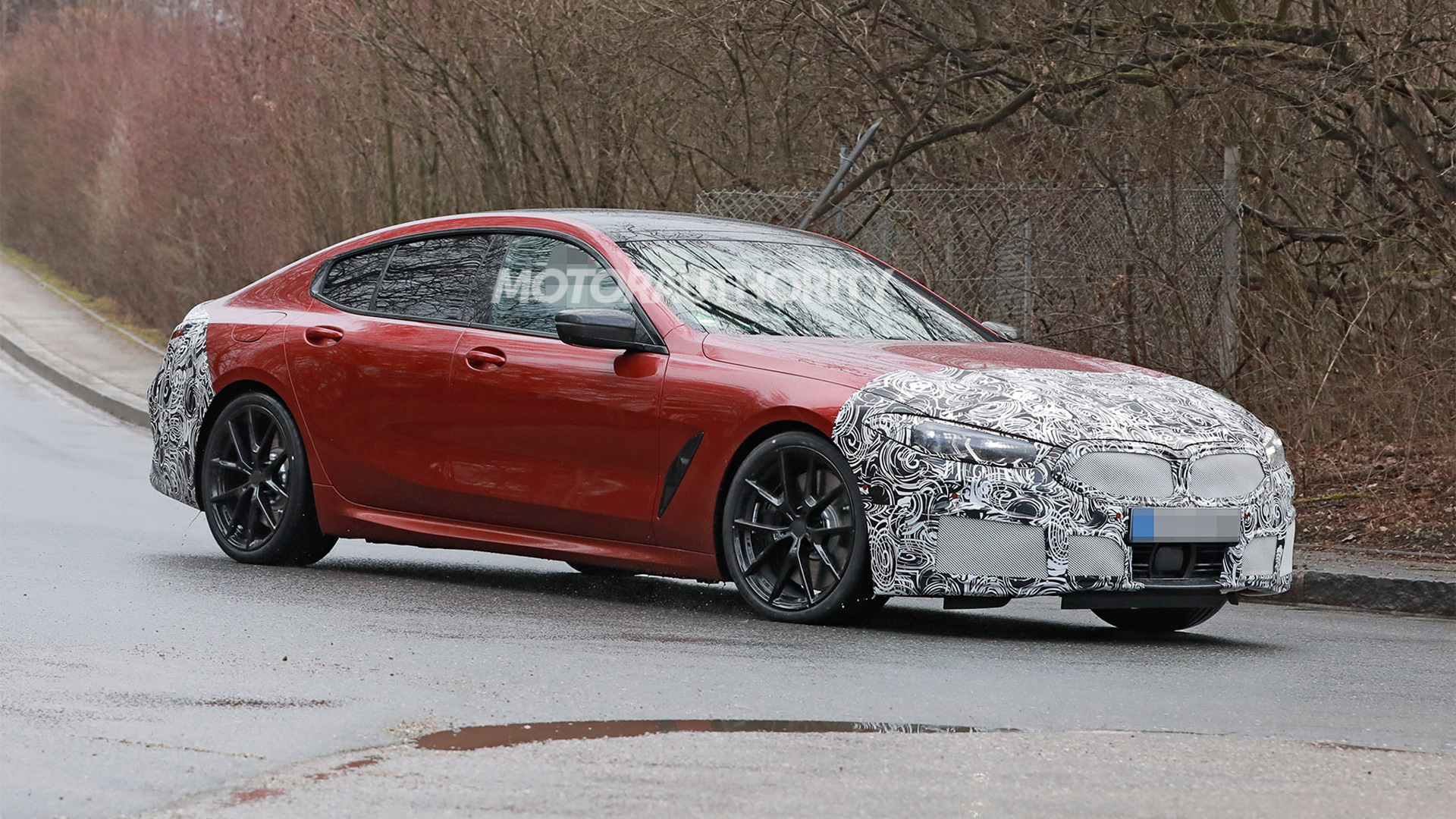 BMW has been spotted testing a prototype for an updated 8-Series Gran Coupe.

The modern 8-Series arrived for the 2019 model year, initially in coupe form. A convertible also arrived for 2019 and then the more practical 8-Series Gran Coupe was added to the lineup for 2020.

In typical BMW fashion a mid-cycle update for the full 8-Series range is likely to be introduced for 2023 model year, so it's not unusual for this updated 8-Series Gran Coupe prototype to be out and about.

The prototype is heavily camouflaged at the front, which points to a more substantial tweak to the design than your typical mid-cycle update. The rear is also camouflaged so you can count on a few tweaks here as well.

According to our photographer, the dash-mounted infotainment screen was covered up. This likely means there's a new unit being tested. The current unit measures in at 10.25 inches but we wouldn't be surprised if a bigger unit is added. BMW also plans to unveil a new generation of its iDrive interface on March 15, and this could point to what the automaker has planned for the updated 8-Series.

It isn't clear what the automaker has planned for the powertrains. At present, the range in the United States starts off with the 840i with a 335-hp 3.0-liter turbocharged inline-6. You really don't want this model. An 850i with a 523-hp 4.4-liter twin-turbocharged V-8 is available, and if money's no object there's an M8 with a similar engine to the 850i but with 600- and 617-hp (M8 Competition) outputs.

It's possible performance is enhanced with mild-hybrid technology on some variants. We could also see a plug-in hybrid option added, the same 389-hp setup that's found in the X7 and 7-Series and was recently added to the 5-Series overseas. With any luck, BMW also develops a hardcore M8 CS with the same 627-hp V-8 as the new M5 CS.

Semi-official BMW tuner Alpina is also working on its own version of the 8-Series Gran Coupe. This model is likely to arrive before the updated 8-Series though its launch may also coincide with the arrival of the updated range.