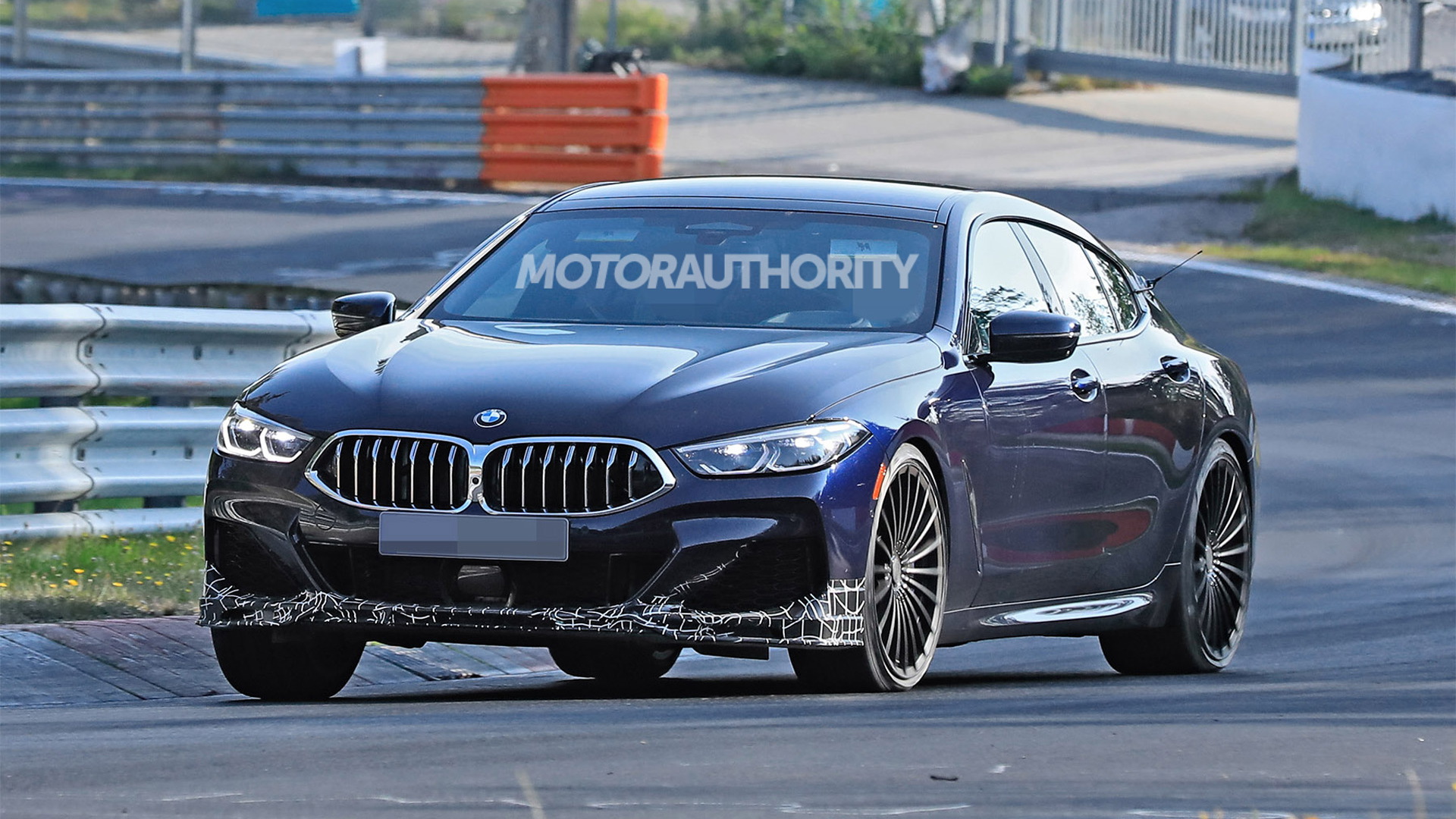 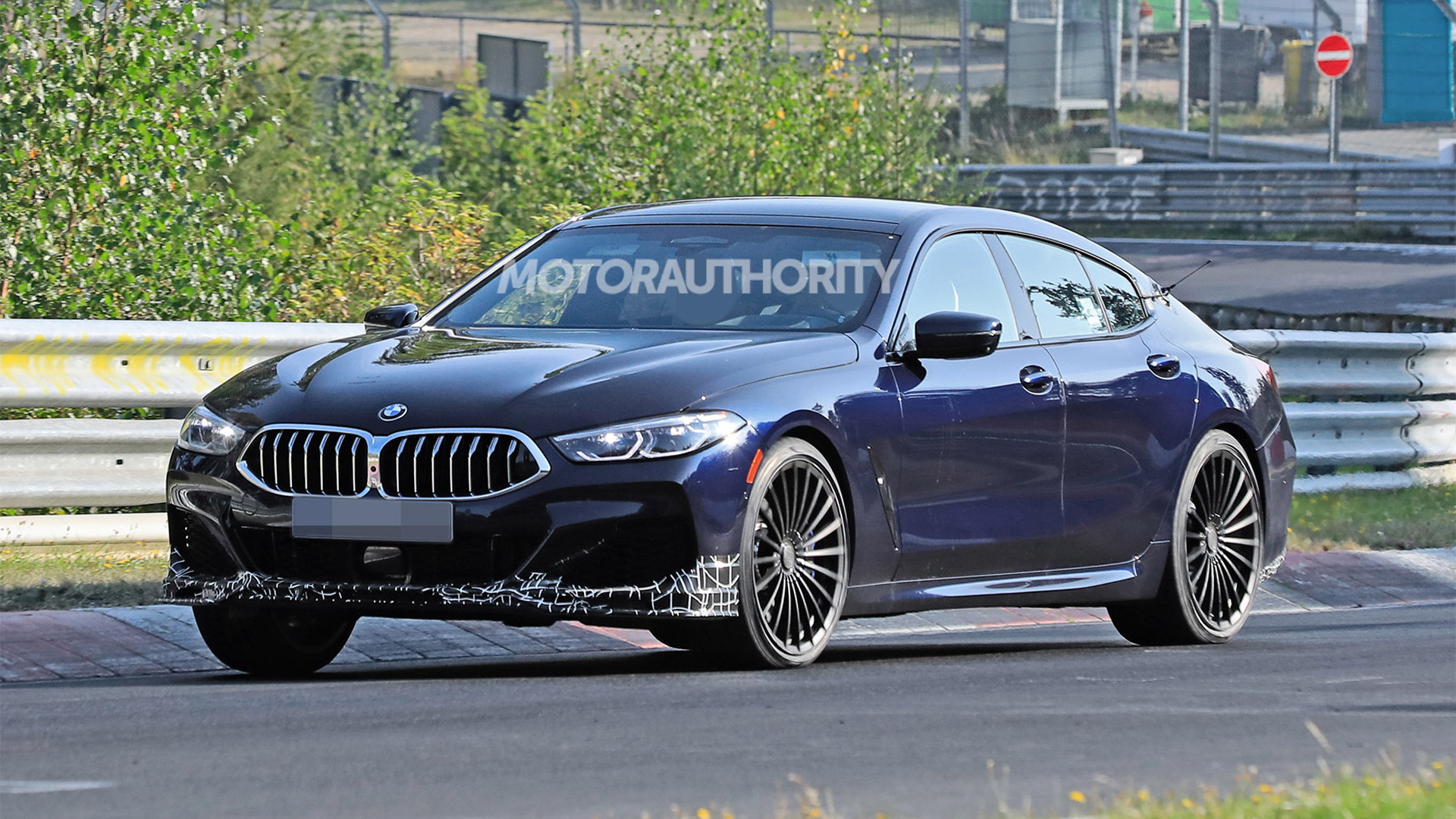 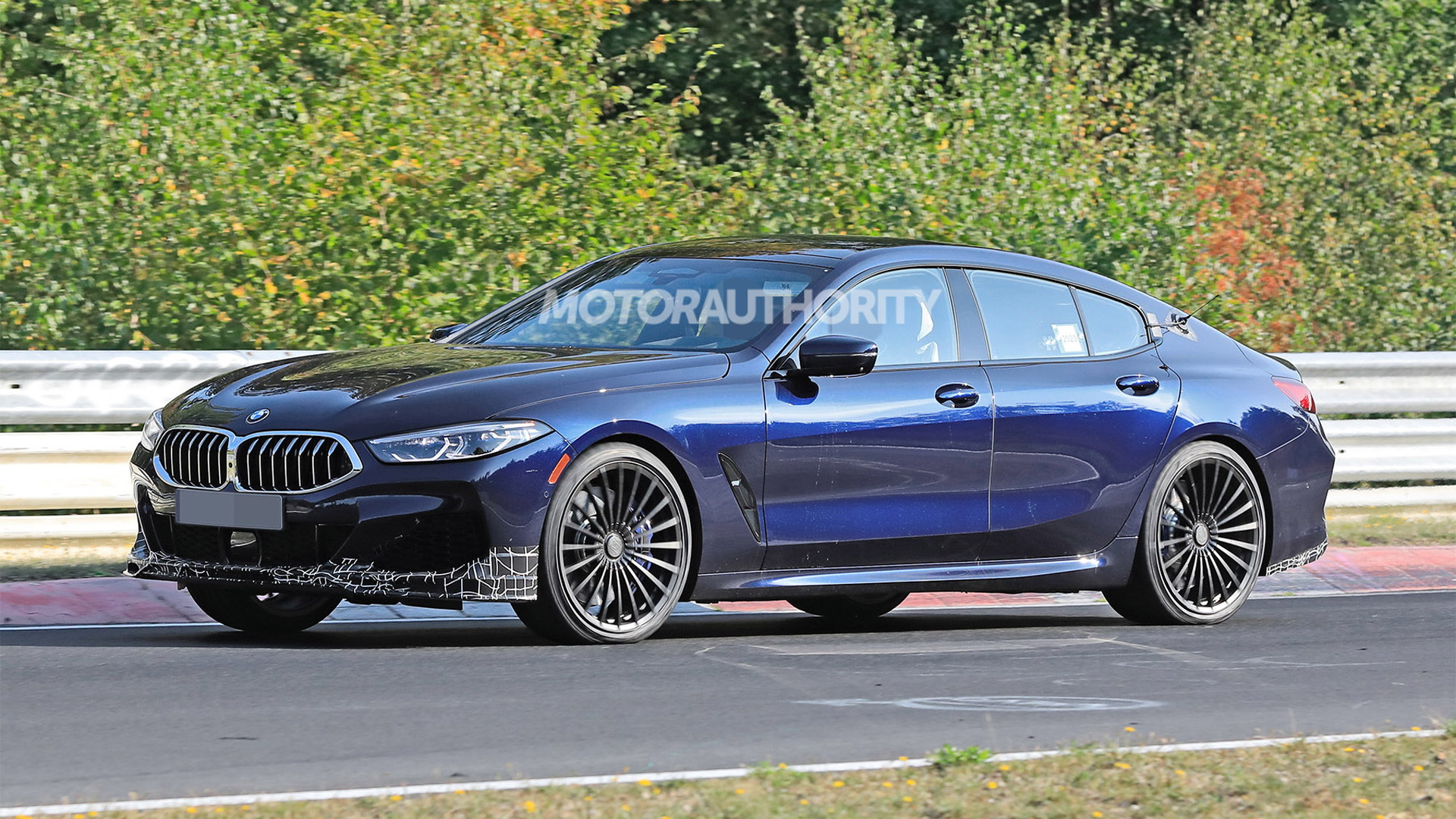 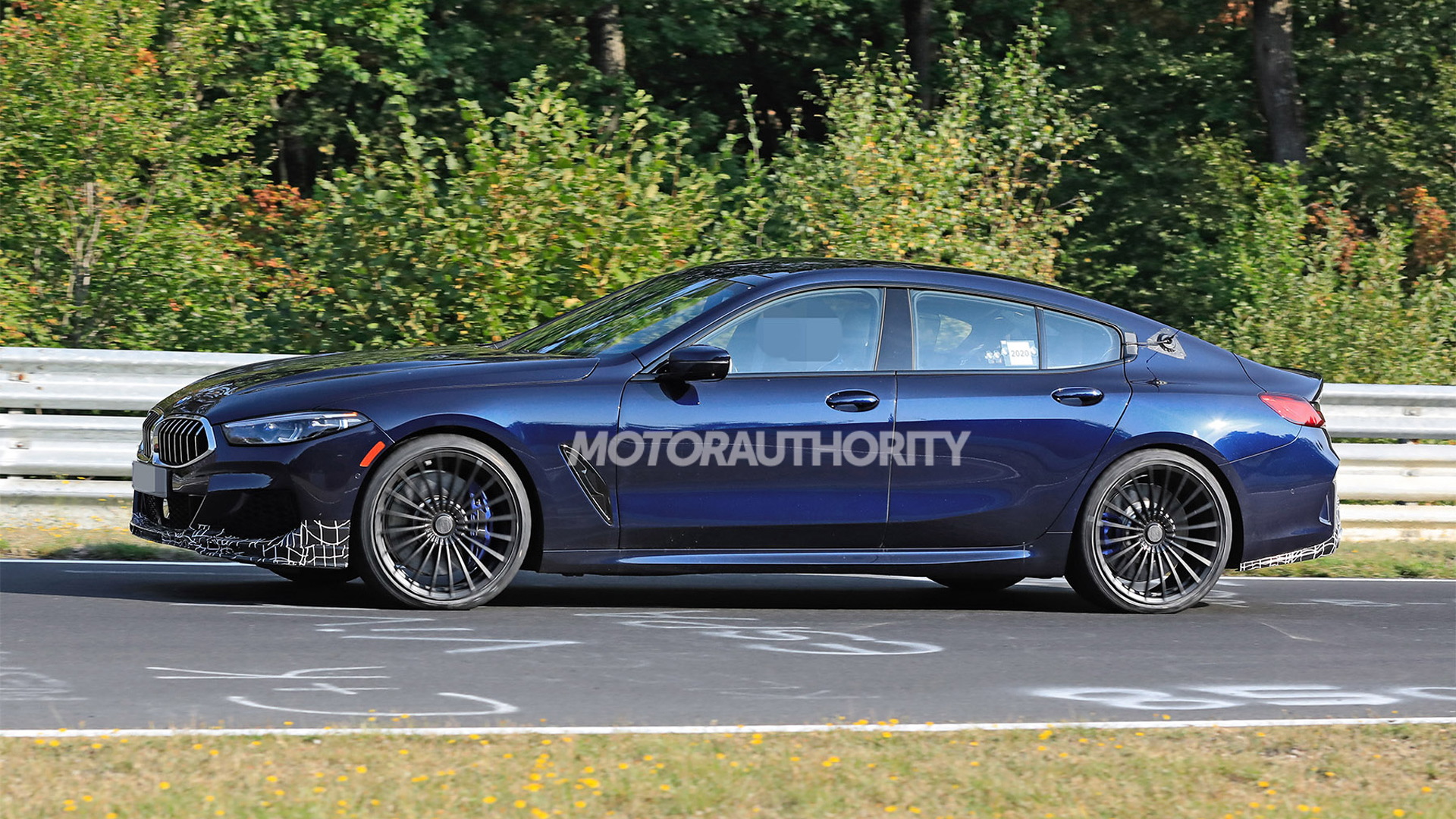 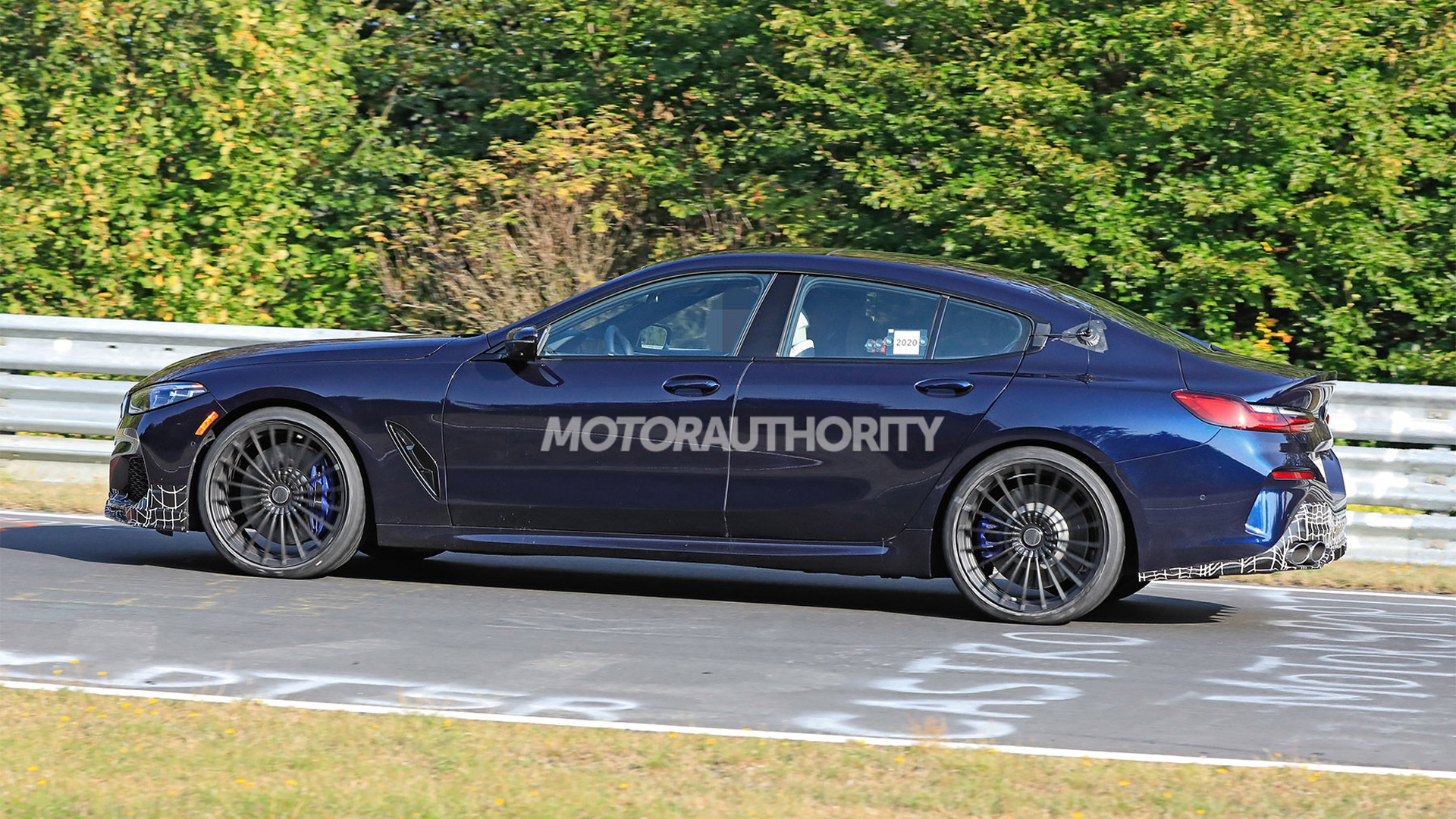 German tuner Alpina has been spotted again testing a prototype for a new model based on BMW's 8-Series Gran Coupe.

Alpina has been hinting that it might launch a model based on the 8-Series, and now it's clear one is coming. It will likely be called a B8 Gran Coupe, and it will essentially fill in for Alpina's previous B6 Gran Coupe based on the 6-Series.

The United States misses out on much of Alpina's lineup, but considering the B6 Gran Coupe was sold here there's a good chance the B8 Gran Coupe will be as well. Alpina models currently on sale here include the 7-Series-based B7 and X7-based XB7. Both of these start at about $142,000 and the B8 Gran Coupe is likely to start even higher.

The latest prototype for the B8 Gran Coupe is differentiated from the regular 8-Series Gran Coupe via unique front and rear fascias, plus four round exhaust tips in the same position as other Alpina models. The tester also features Alpina wheels and possibly an Alpina-tuned brake package.

More advanced prototypes should feature Alpina's own interior mods. These tend to include the company's own steering wheel and digital instrument cluster displays.

BMW M already offers tuned versions of the full 8-Series range. These M8 models feature a 4.4-liter twin-turbocharged V-8 with output cresting at 617 horsepower and 553 pound-feet of torque in M8 Competition guise. Alpina's B8 Gran Coupe will likely feature the 4.4-liter twin-turbo V-8 fitted to the XB7, which generates 612 hp and 590 lb-ft.

Such an output in the B8 Gran Coupe would result in 0-60 mph acceleration in a bit over 3.0 seconds and a top speed approaching 190 mph.

If you're interested, you'd better start cozying up to your BMW dealer. Sales of all Alpina models worldwide are limited to about 2,000 units annually.