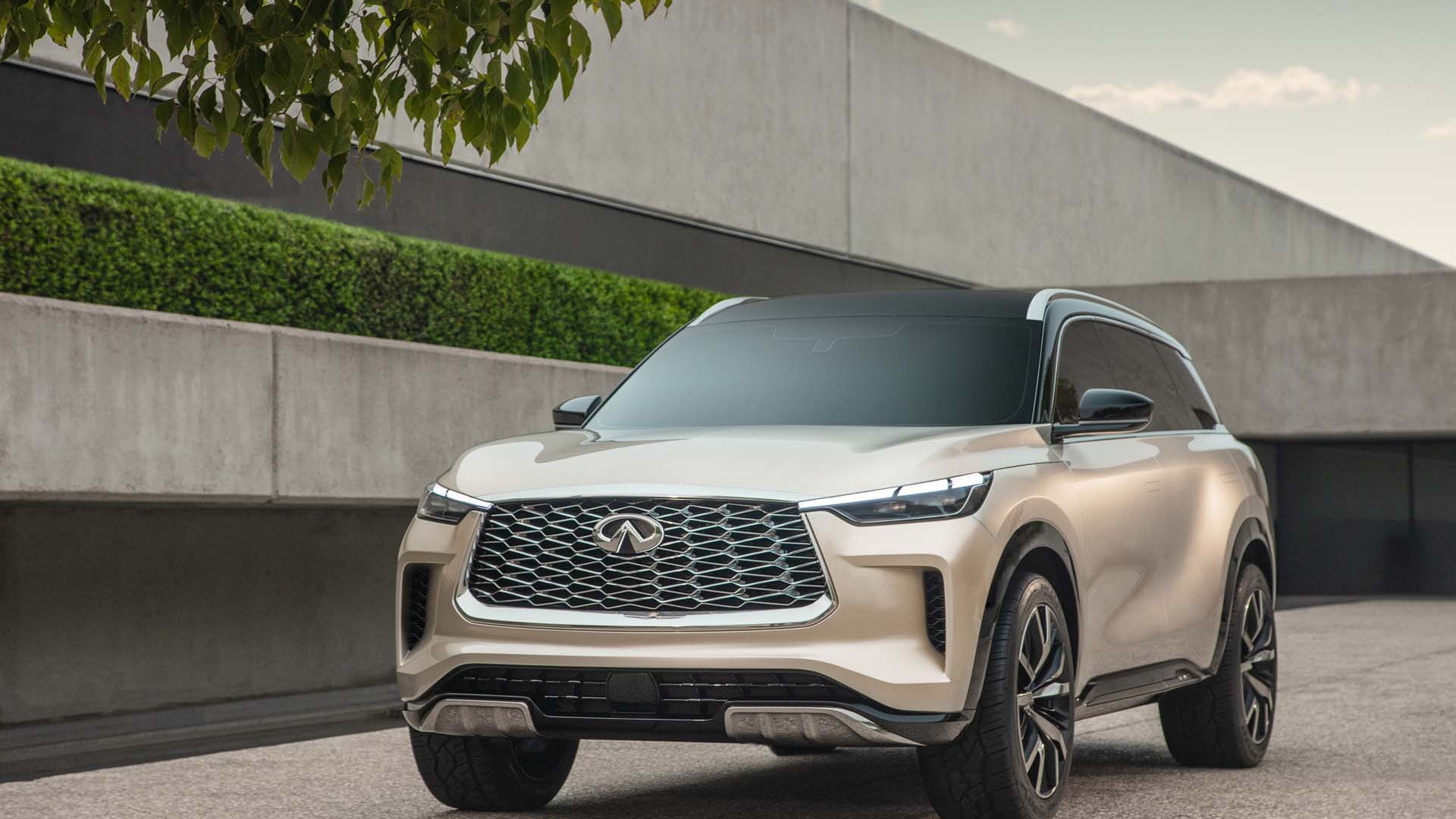 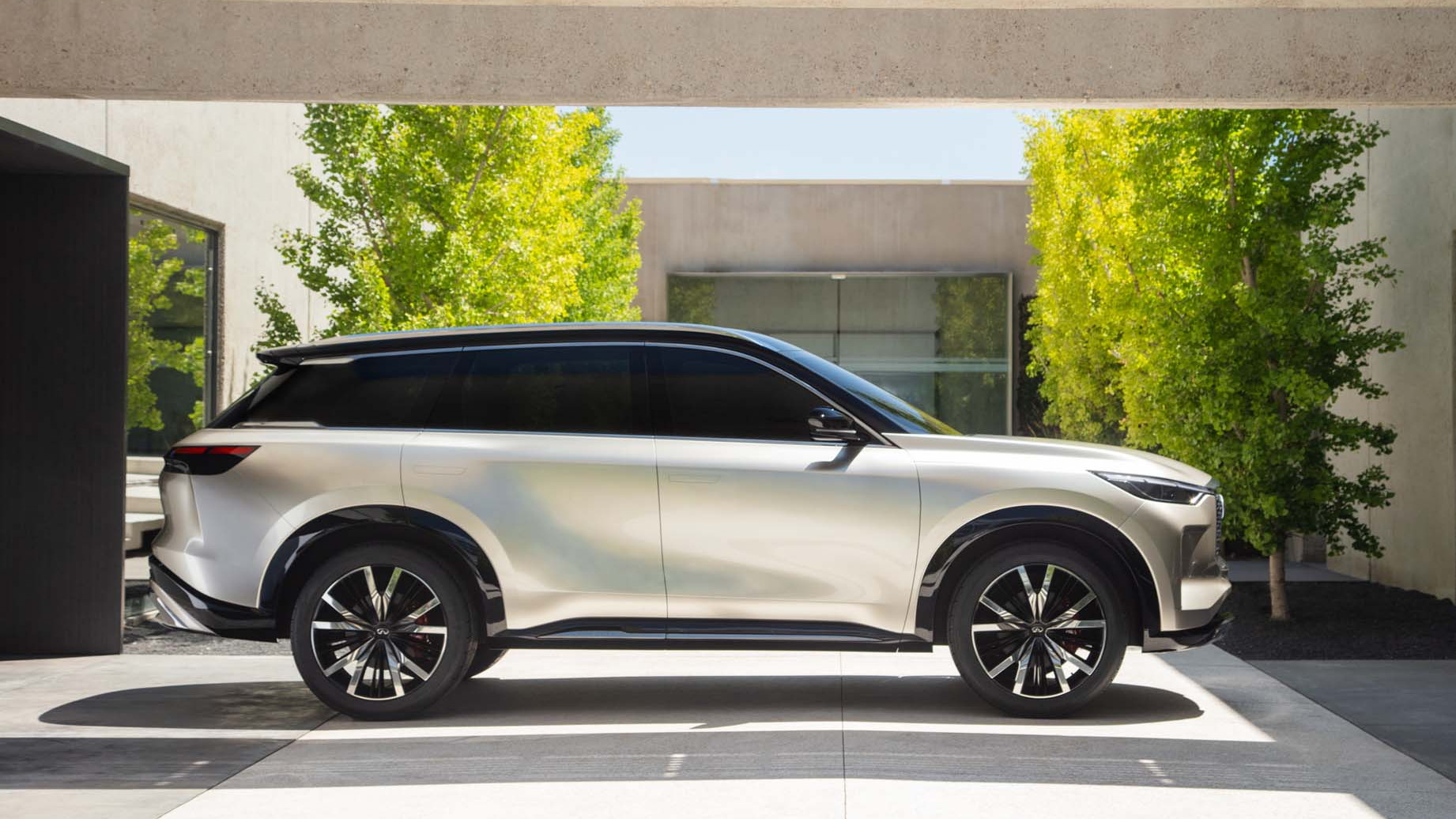 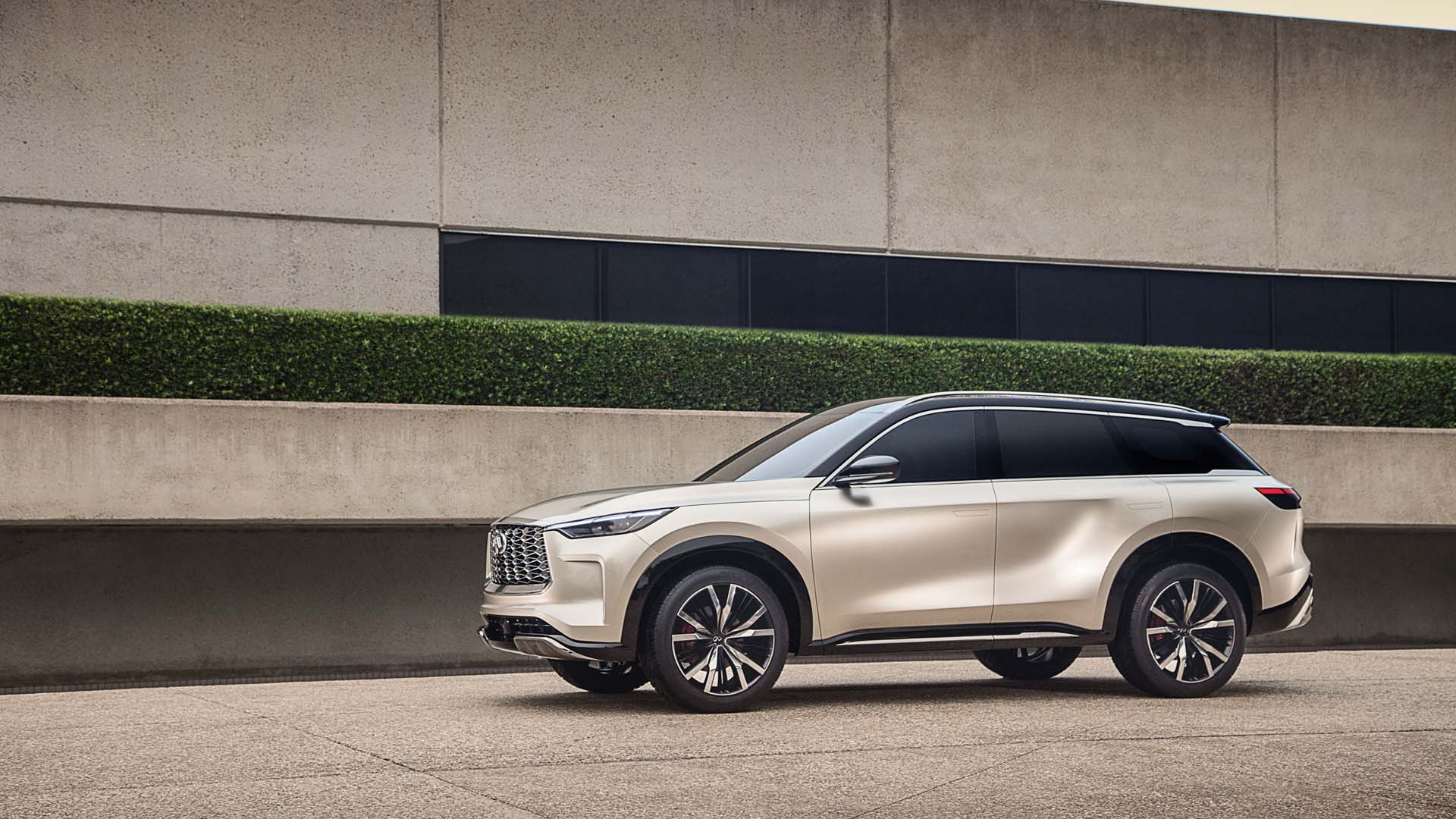 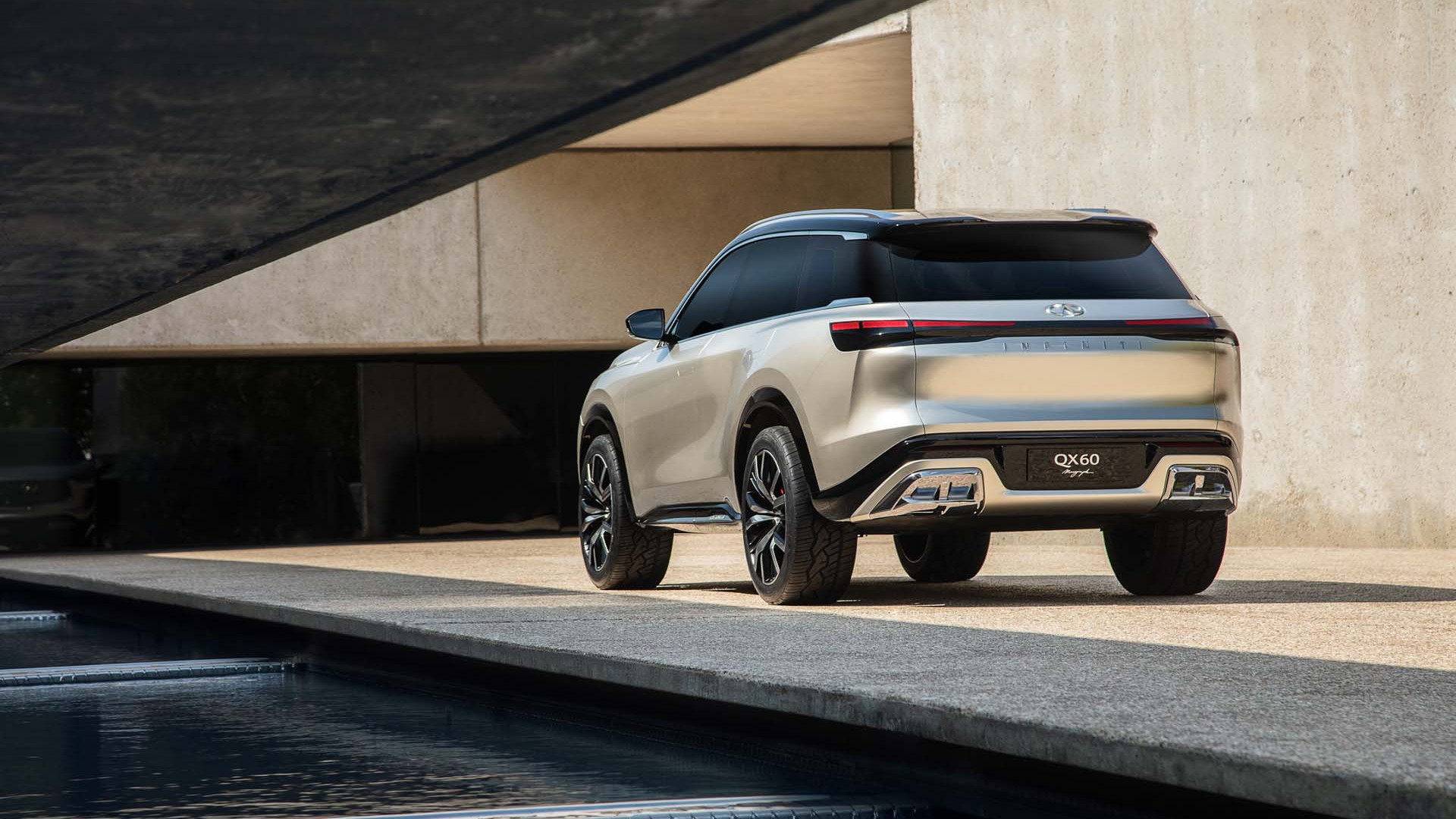 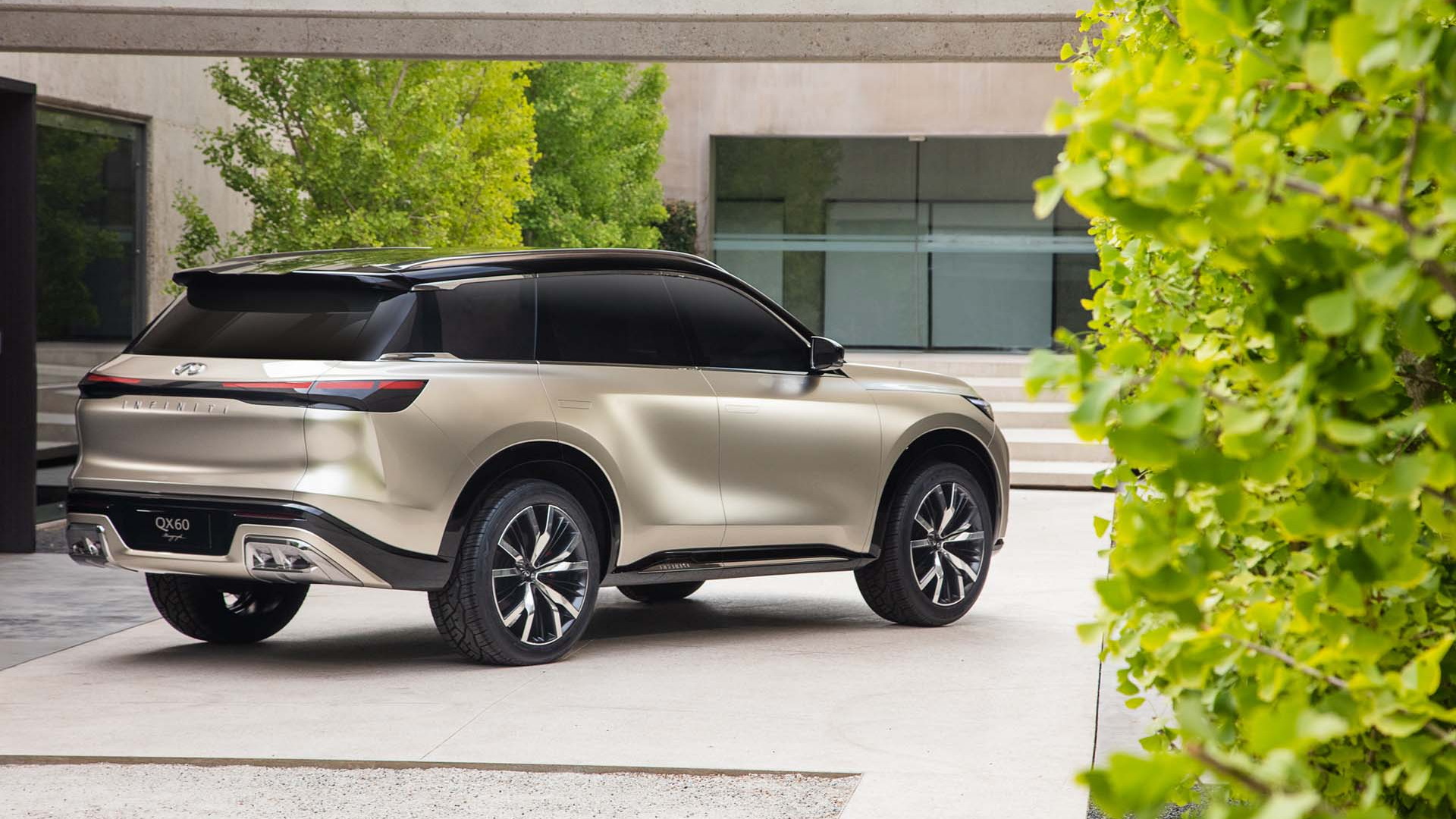 The Infiniti QX60 mid-size crossover SUV is finally about to receive a long-overdue redesign, and the designers look to be seriously sexing things up.

Infiniti late on Thursday unveiled the QX60 Monograph concept at its new headquarters in Yokohama, Japan, ahead of the formal debut on Saturday at Auto China 2020 in Beijing. The striking show car previews the design of the next-generation QX60 due on sale in 2021.

The QX60's corporate cousin, the Nissan Pathfinder, is also about to be redesigned. Prototypes for the new Pathfinder have already been spotted, so it's no surprise Infiniti is planning a redesign for the QX60. We'll likely see both vehicles arrive as 2022 models. (Infiniti also has the smaller QX55 crossover coming for 2022.)

The current QX60 was introduced for the 2013 model year, originally as the JX, and was renamed the QX60 a year later as part of a naming strategy shift at Infiniti where all models took on the letter Q prefix. While sales have been solid, averaging around 40,000 units annually in the United States, the vehicle has always been panned for looking a little too much like a minivan.

That won't be the case for the next-generation QX60, judging by this concept version. It combines clean surfaces with athletic proportions resulting in a more upright, more handsome vehicle. From the flowing hood, muscular fenders, and long wheelbase, the concept looks good from pretty much every angle.

The latest take on Infiniti's grille shown on the concept features a mesh pattern inspired by traditional Japanese origami, while a series of intricate perpendicular lines inspired by a kimono features on the roof. The headlights are slimmer than what you normally find on an Infiniti while the lights at the rear are integrated in a graphic that spans the width of the vehicle. Infiniti said the design language will also feature on additional models coming down the pipeline.

“We commenced the design of the Monograph knowing this was an opportune time to start a discussion about where we are planning to take the QX60 in the future and more broadly, where we are heading as a brand with our design language,” Alfonso Albaisa, Nissan's design chief, said in a statement.

Infiniti hasn't shown the interior of the concept, and given the dark tint of the windows there might not be one. Infiniti also hasn't provided any information on the specs of its next QX60, apart from it having three rows of seats. A V-6 is likely to remain the base powertrain, and a hybrid option may make a return. The current QX60 lost its hybrid option after 2017. We're also likely to see a continuously variable automatic transmission remain the sole transmission option.