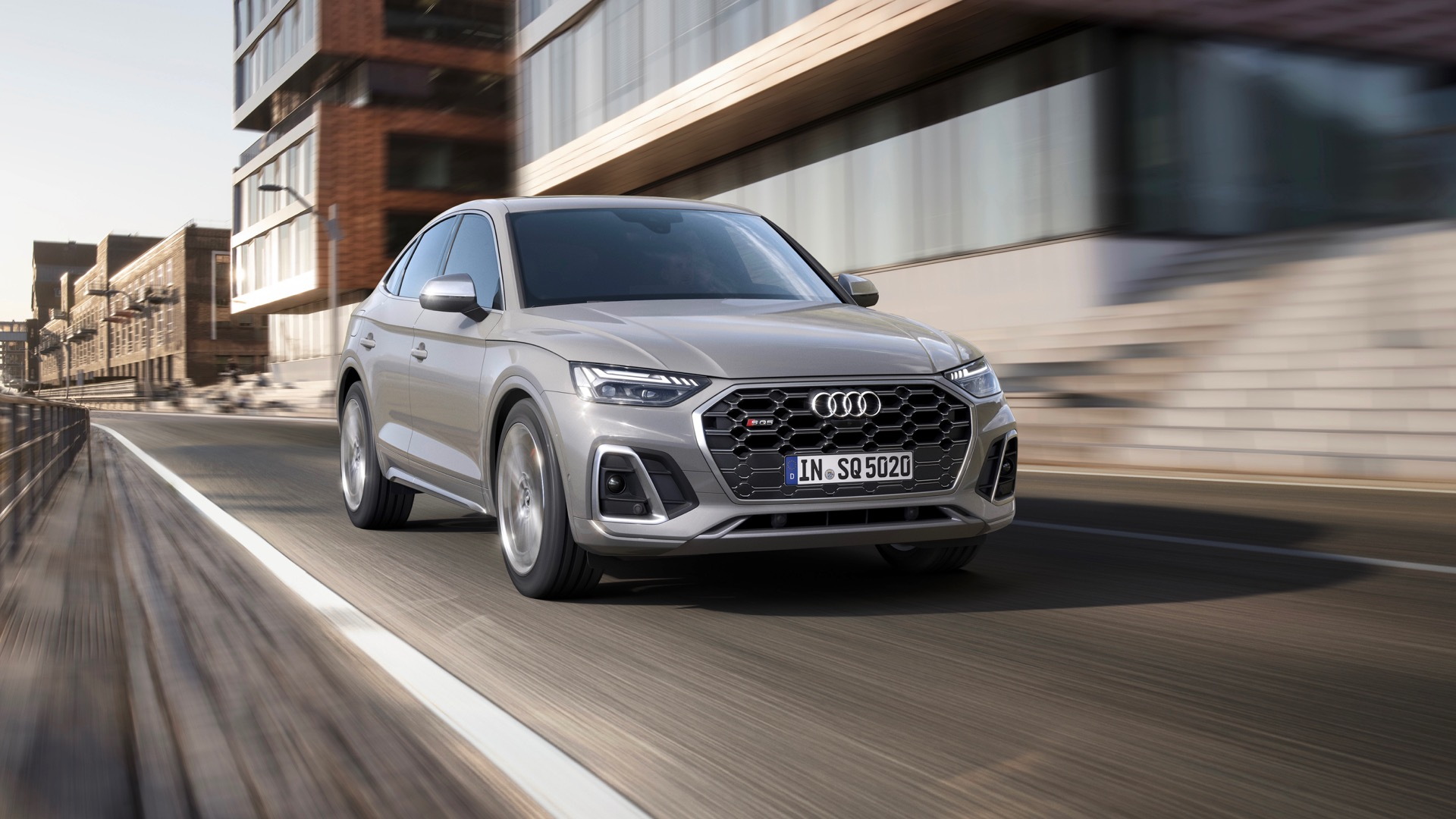 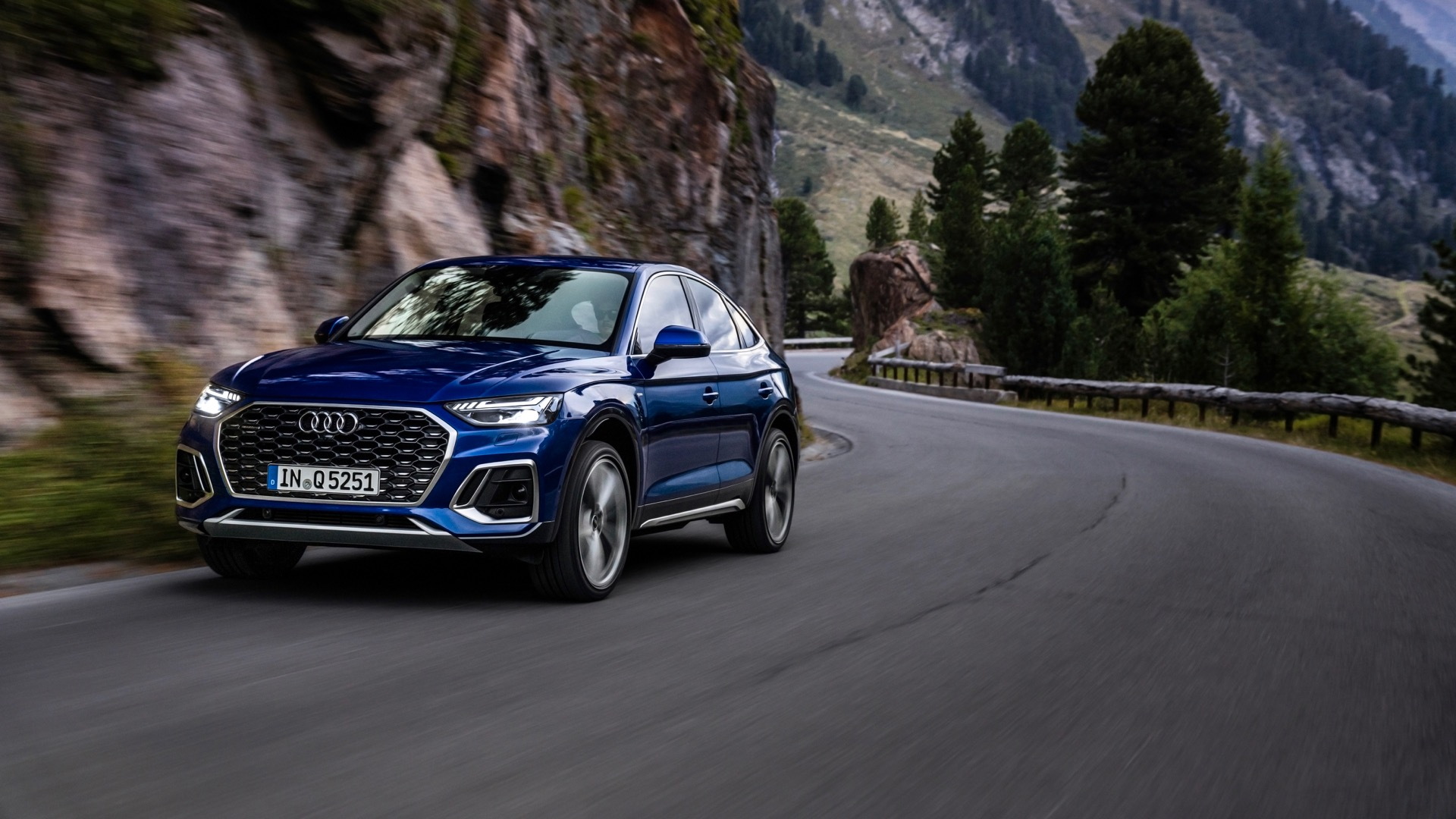 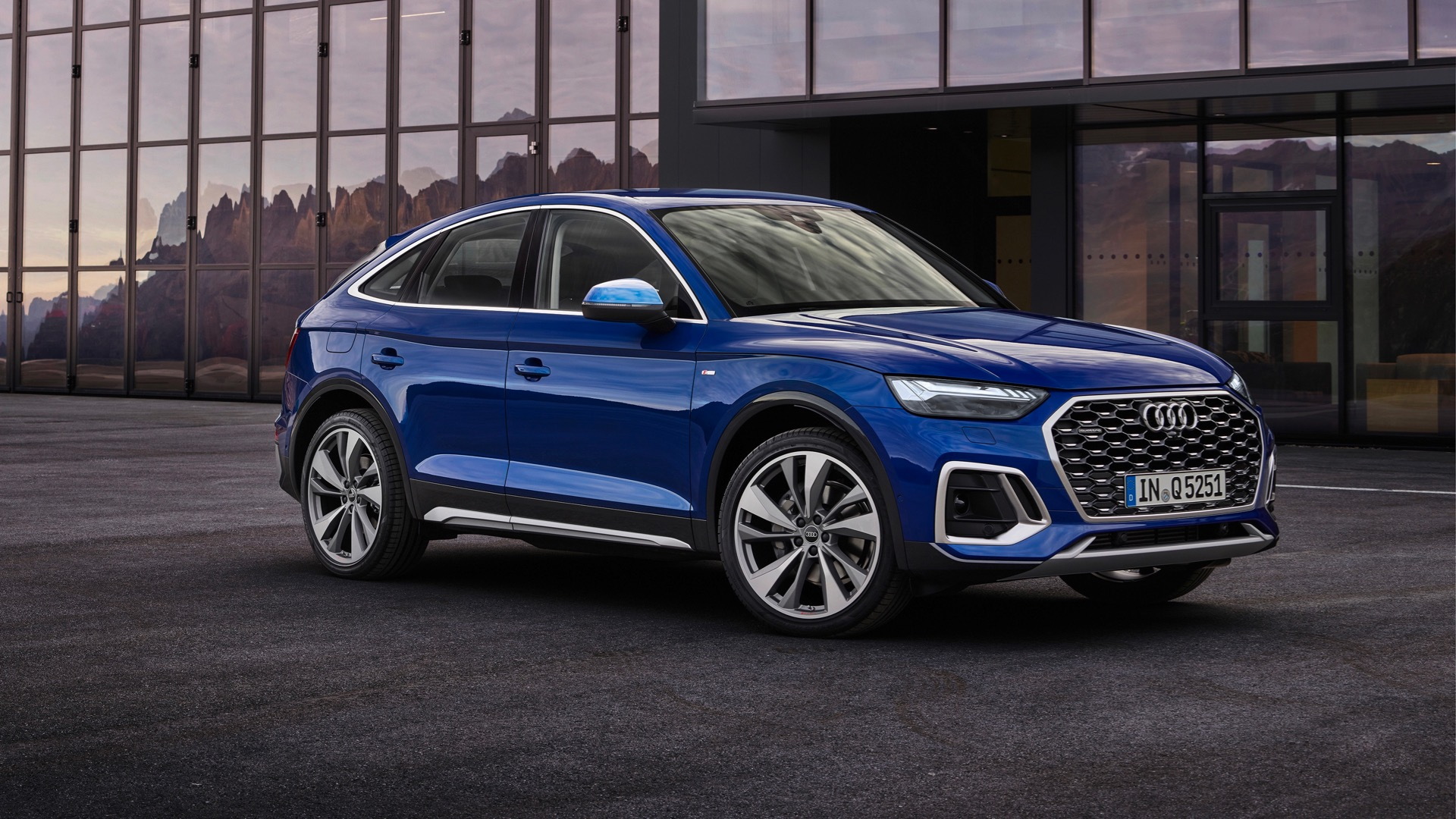 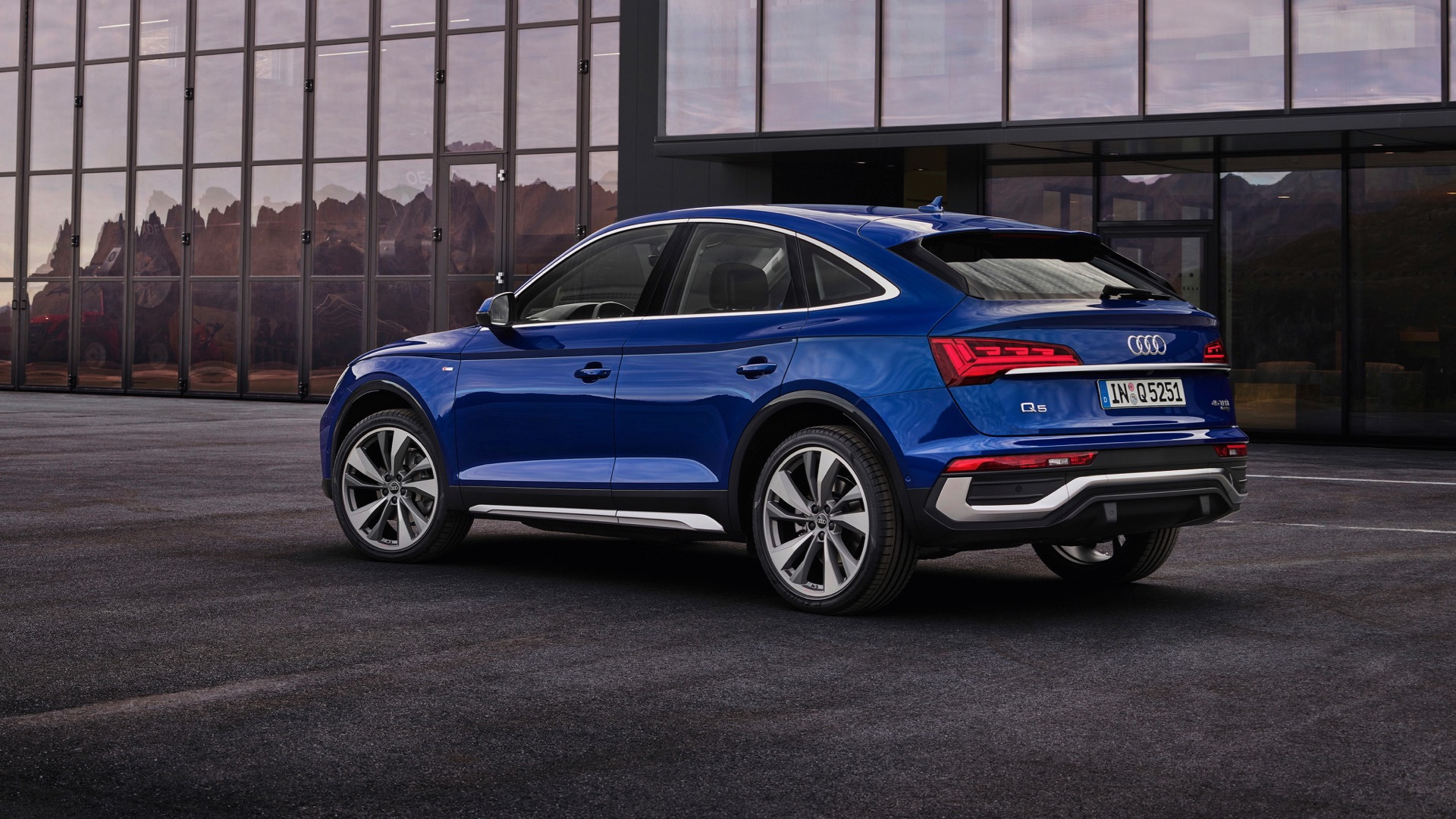 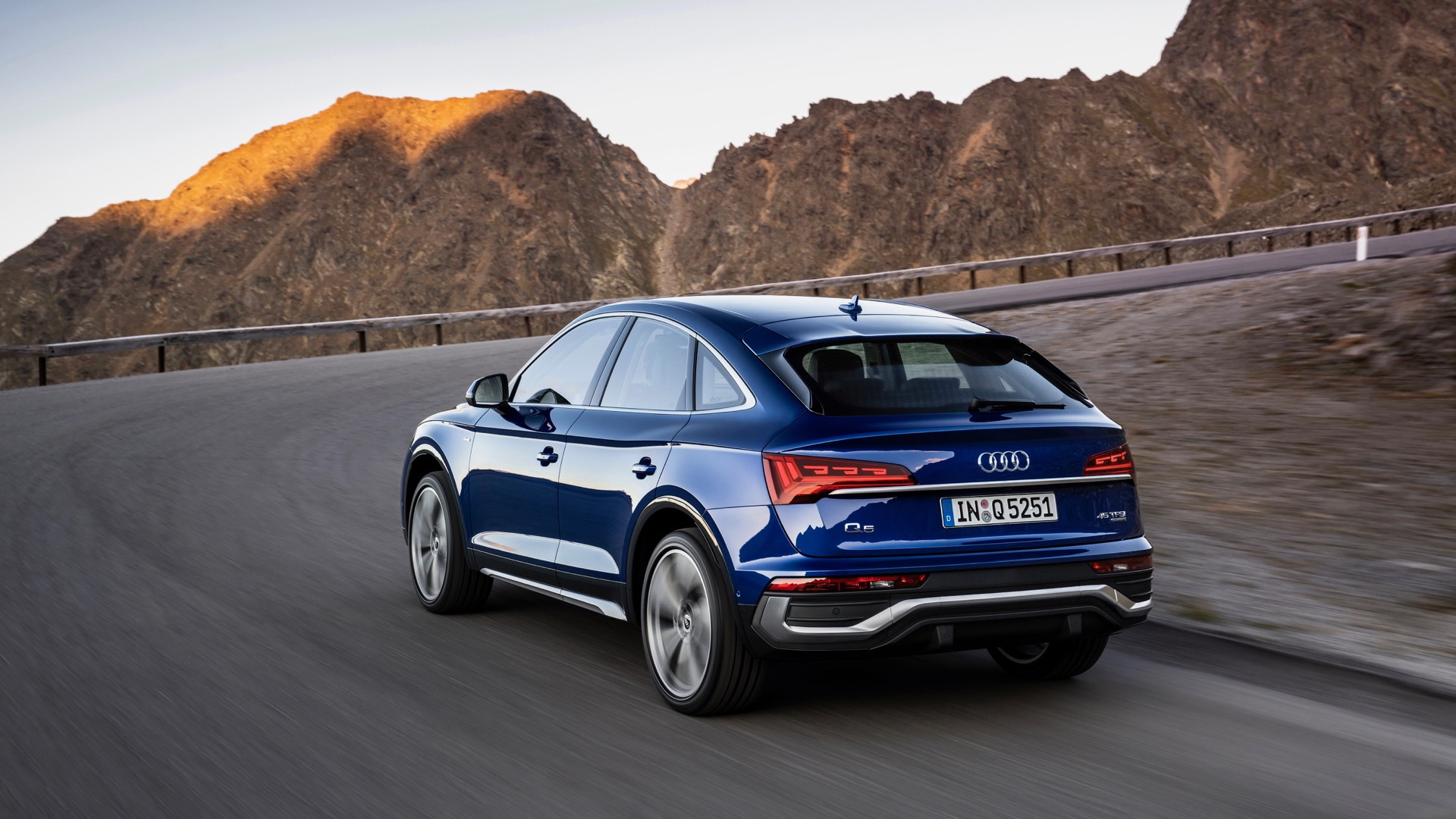 The Q5 is the latest Audi SUV to get the Sportback treatment. The 2021 Audi Q5 Sportback and performance-oriented SQ5 Sportback should hit United States showrooms later this year, with pricing starting at $48,895 for the Q5 and $57,195 for the SQ5.

As with the electric E-tron Sportback, the main difference between the Q5 Sportback and the model it's based on is a sloping, coupe-like rear roofline. This reduces rear headroom and cargo space (Audi quotes 24.7 cubic feet of cargo space with the rear seats up, and 51.9 cubic feet with the seats folded, compared to 25.8 cubic feet and 54.0 cubic feet for the standard Q5), but creates a sleeker look that is proving popular with luxury SUV shoppers.

As with the updated 2021 Q5, the Sportback gets OLED taillights, but only on the SQ5 in the top Prestige trim level. Each taillight is split into three segments each, allowing for greater efficiency and a wider range of possible lighting signatures, according to Audi. All Sportback models get standard LED headlights, while matrix LED headlights are optional.

The Q5 Sportback gets a 2.0-liter turbocharged inline-4, producing 261 horsepower and 273 pound-feet of torque. The engine is coupled to a 7-speed dual-clutch transmission, with efficiency-focused Quattro with Ultra Technology all-wheel drive system standard. Audi reckons the Q5 Sportback will do 0-60 mph in 5.7 seconds.

The sportier SQ5 Sportback is powered by the same 3.0-liter turbocharged V-6 as the standard SQ5, making 349 hp and 369 lb-ft. The V-6 is coupled to an 8-speed automatic transmission, again with standard Quattro all-wheel drive. The bigger engine's extra grunt is enough to knock 1.0 second of the Q5's 0-60 mph time, according to Audi. The SQ5 also gets standard adaptive dampers and an optional air suspension that allows the driver to adjust both firmness and ride height.

Sportback models get a decent array of standard driver-assist tech, including lane-departure warning, blind-spot monitoring, and rear cross-traffic alert. Adaptive cruise control with Traffic Jam Assist (available on the Premium Plus and Prestige trim levels), can maintain a set following distance at speeds up to 95 mph in normal highway driving, or 40 mph in traffic jams, according to Audi.

Production for North America will be handled at Audi's factory in San José Chiapa, Mexico, where the standard Q5 is built.