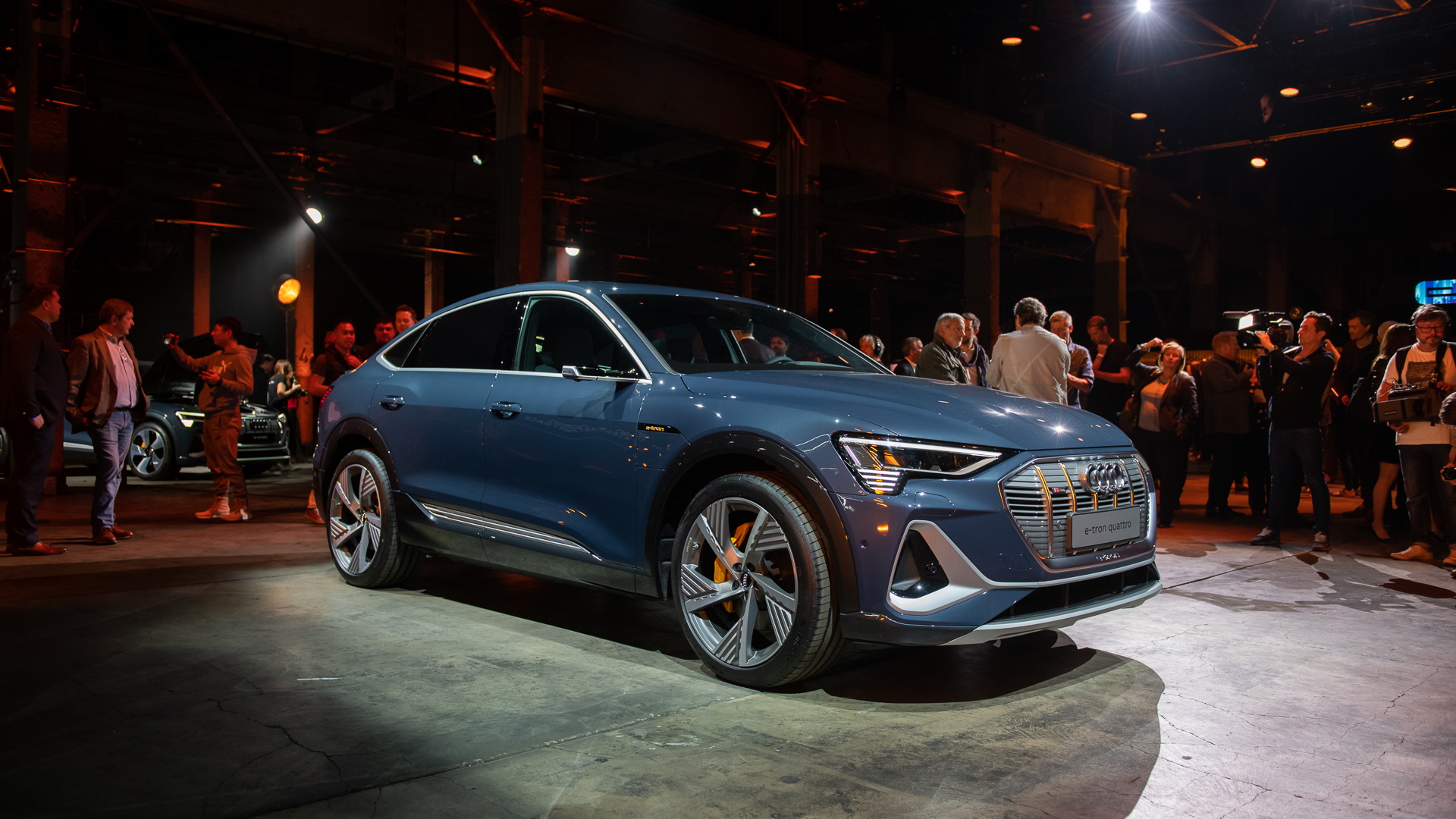 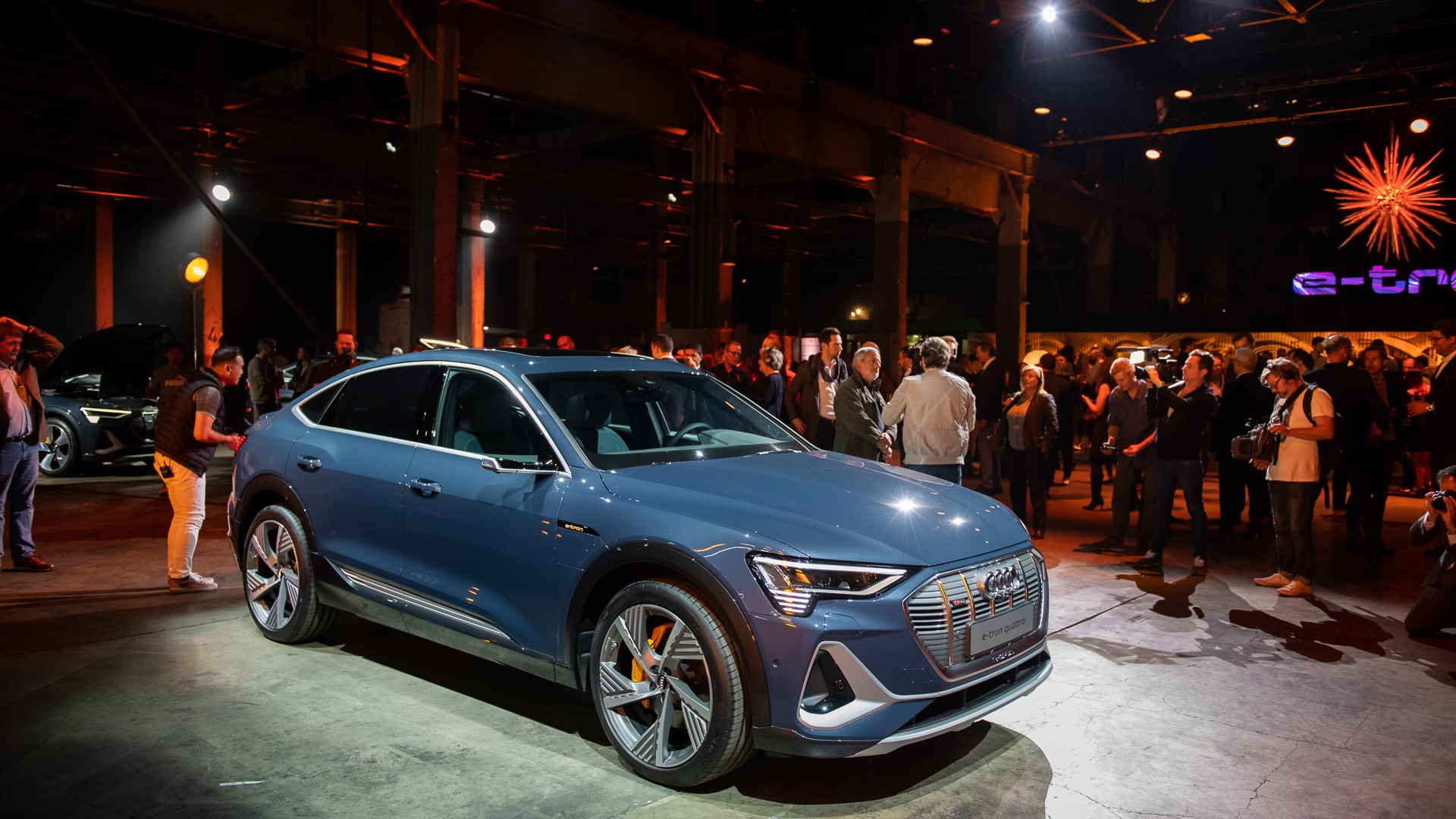 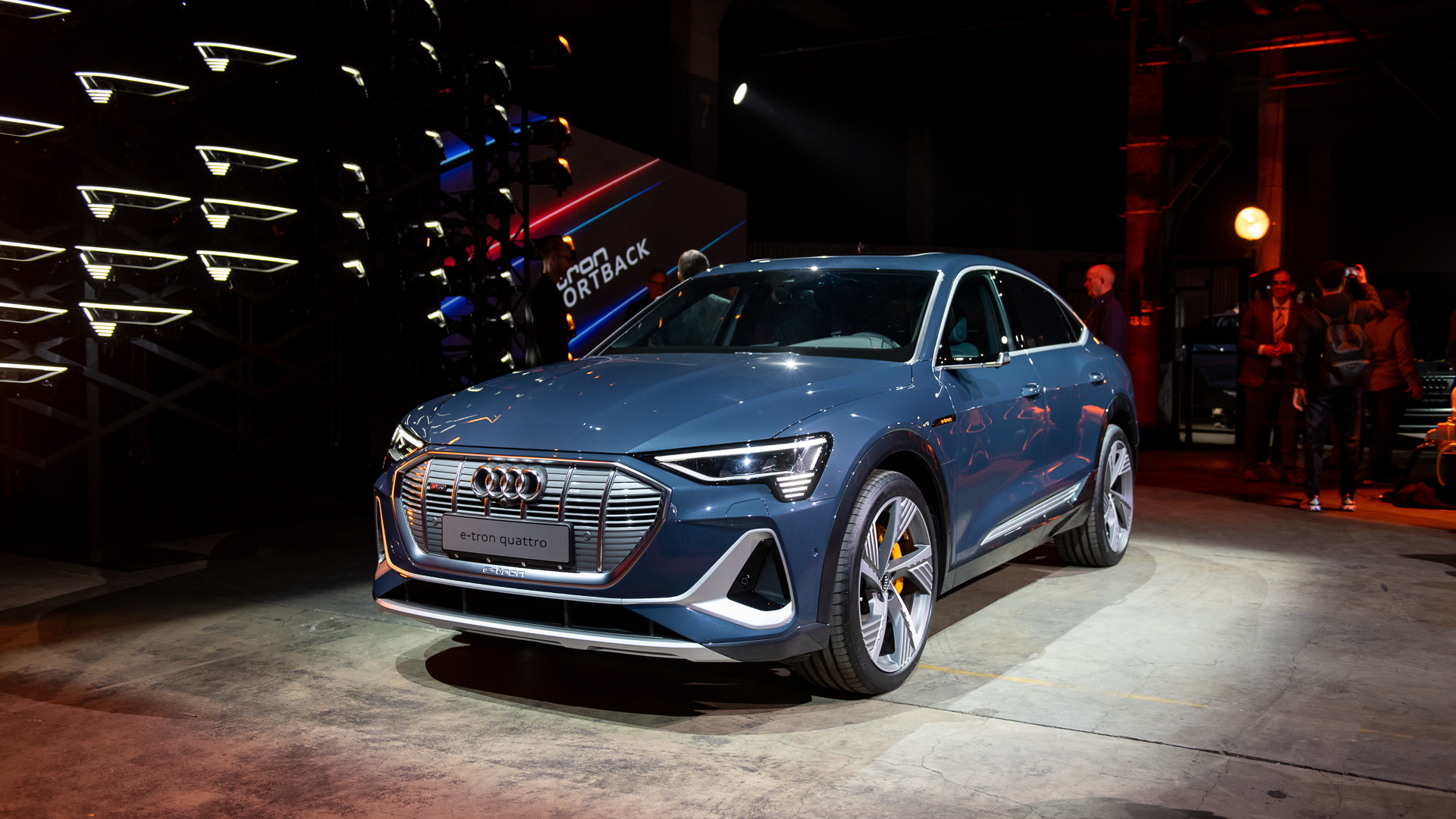 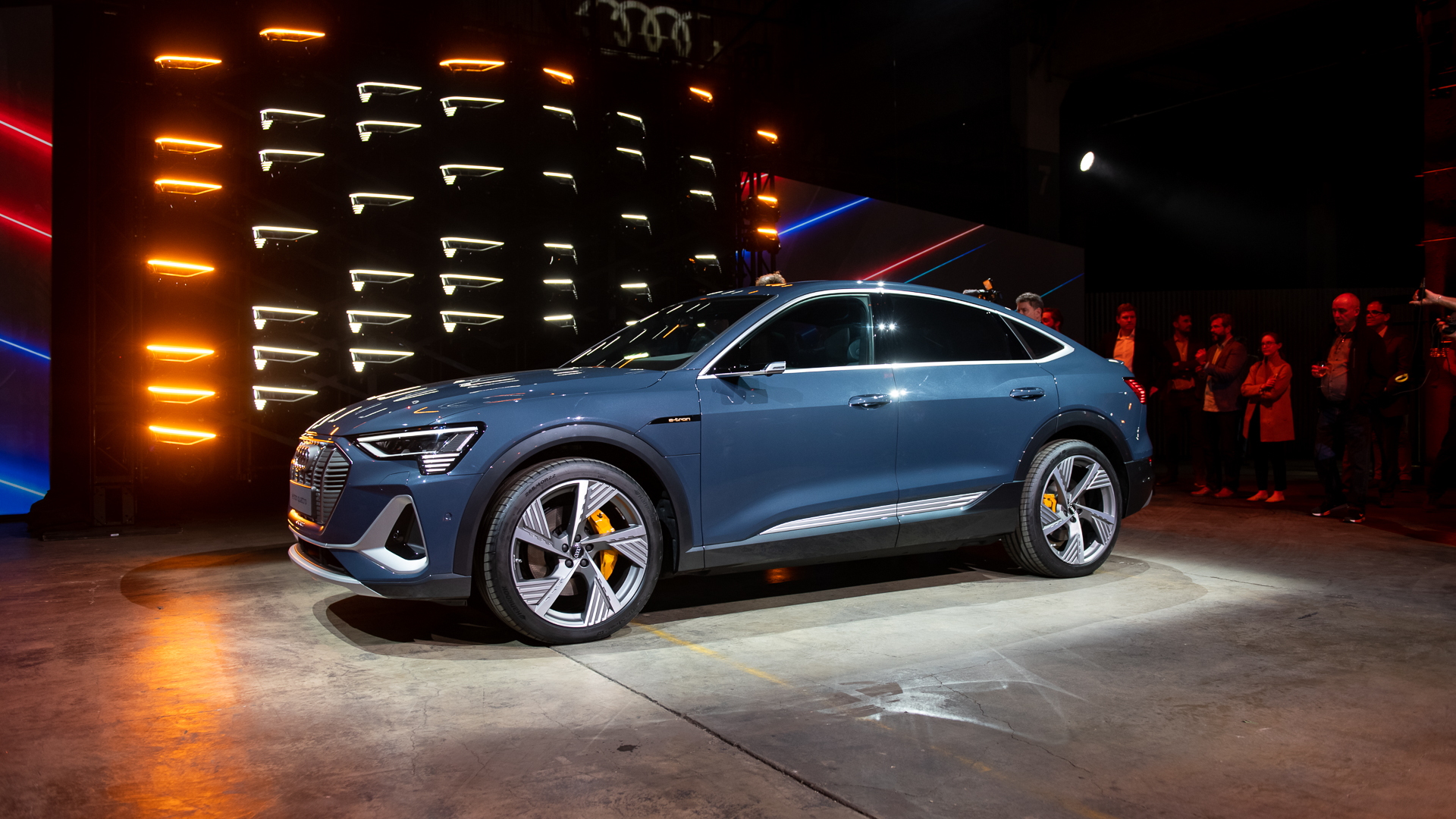 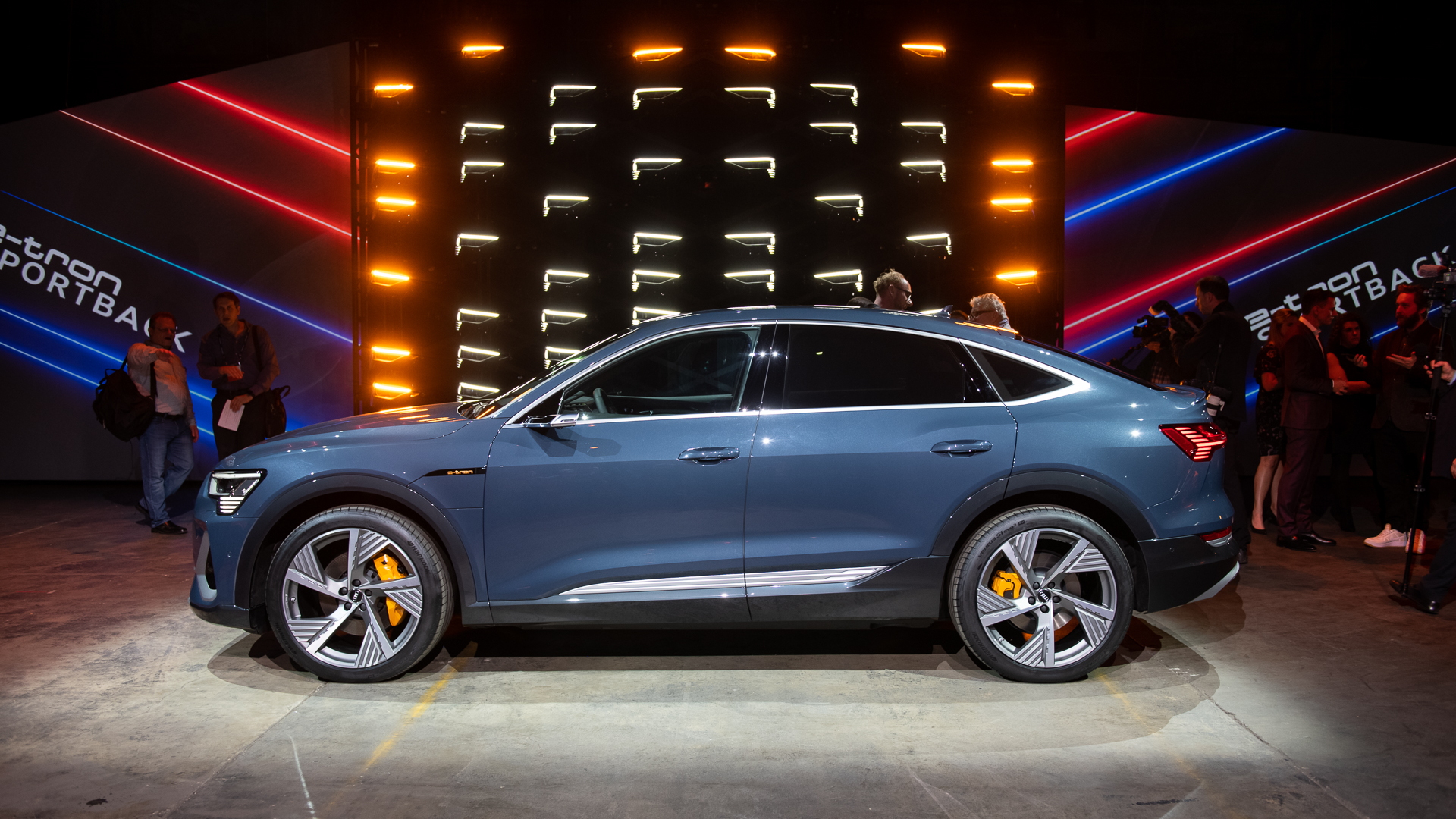 The 2020 Audi E-Tron Sportback that was revealed Tuesday night put a familiar twist on the crossover already on sale, but with an electric twist.

Like the 2019 E-Tron crossover, the E-Tron Sportback is an all-electric Audi, but with a sleeker shape compared to the tall-riding wagon. Audi didn't say how far the E-Tron Sportback would travel on a single charge, based on the EPA's test, but said the crossover rated nearly 277 miles of range on the more optimistic WLTP standard. The E-Tron Sportback uses the same 95-kwh battery pack as the E-Tron, and differences should be relatively negligible.

The Sportback's sleeker profile echoes other Sportback versions in the Audi stable, namely the A5 Sportback and A7 Sportback. The roofline is tapered and drops dramatically toward the rear of the car, pushing the tail down toward wide rear haunches.

Audi said the U.S. will get the more powerful version of the E-Tron Sportback—dubbed 55 in Audi-speak—that makes 402 horsepower in "Boost" mode. When the E-Tron isn't hyped on Skittles and whatever electric cars eat, the E-Tron Sportback's dual electric motors make 355 hp and 414 pound-feet of torque.

The sleeker roofline extracts its toll on cargo space—the Sportback is down to 21.7 cubic feet of cargo room compared to the E-Tron's 29 cubic feet.

The E-Tron will charge at speeds up to 150 kilowatts on properly equipped chargers, and Audi estimates that on that fast-charger the E-Tron Sportback can replenish its battery in less than 30 minutes.

Like the roomier E-Tron, the E-Tron Sportback will offer tech not yet available in the States including virtual side mirrors and LED matrix headlights. Federal regulators just don't know how to have fun, apparently.

Audi didn't say how much the E-Tron Sportback would cost when it goes on sale, but we expect to know more later in 2020.