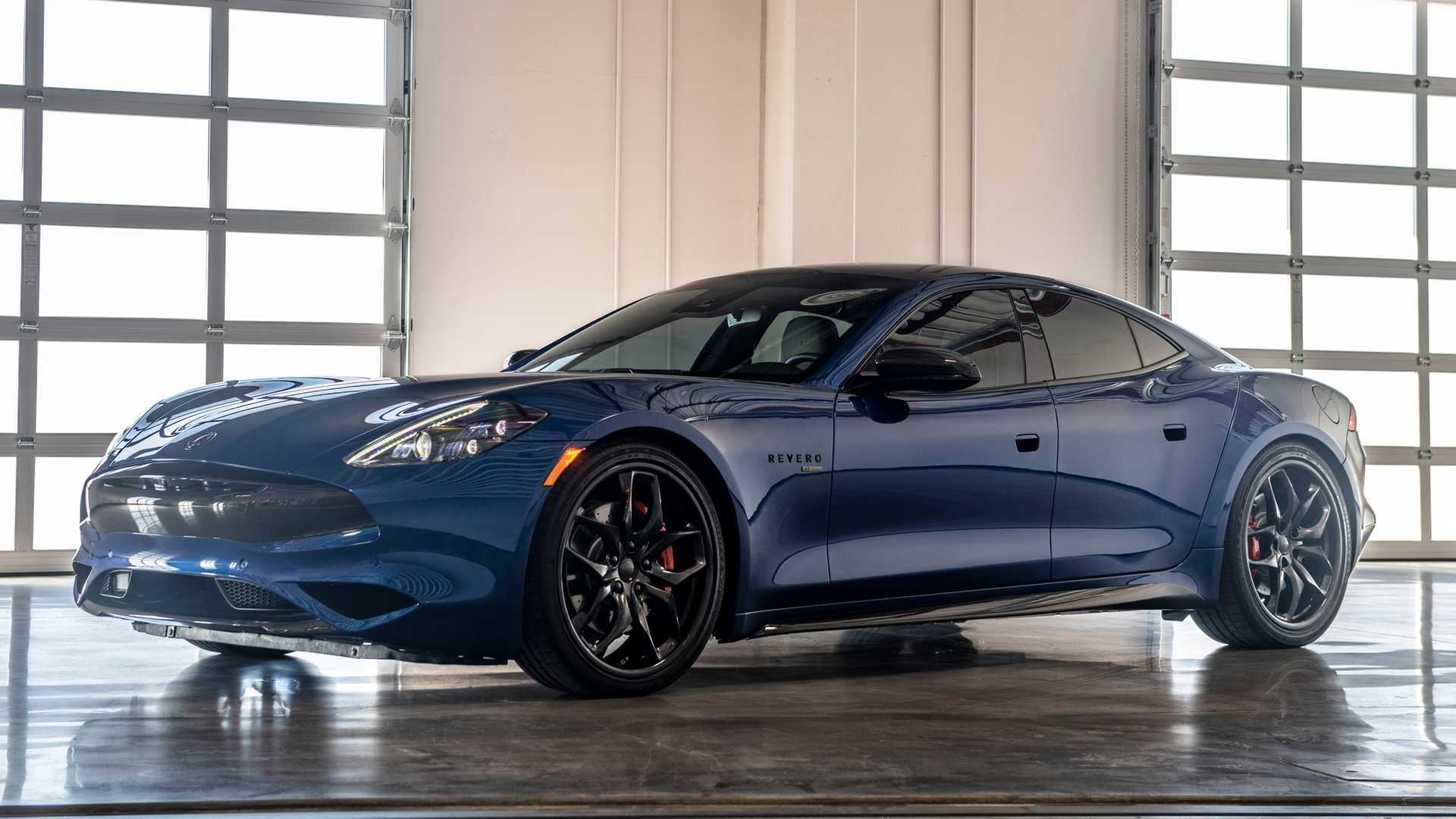 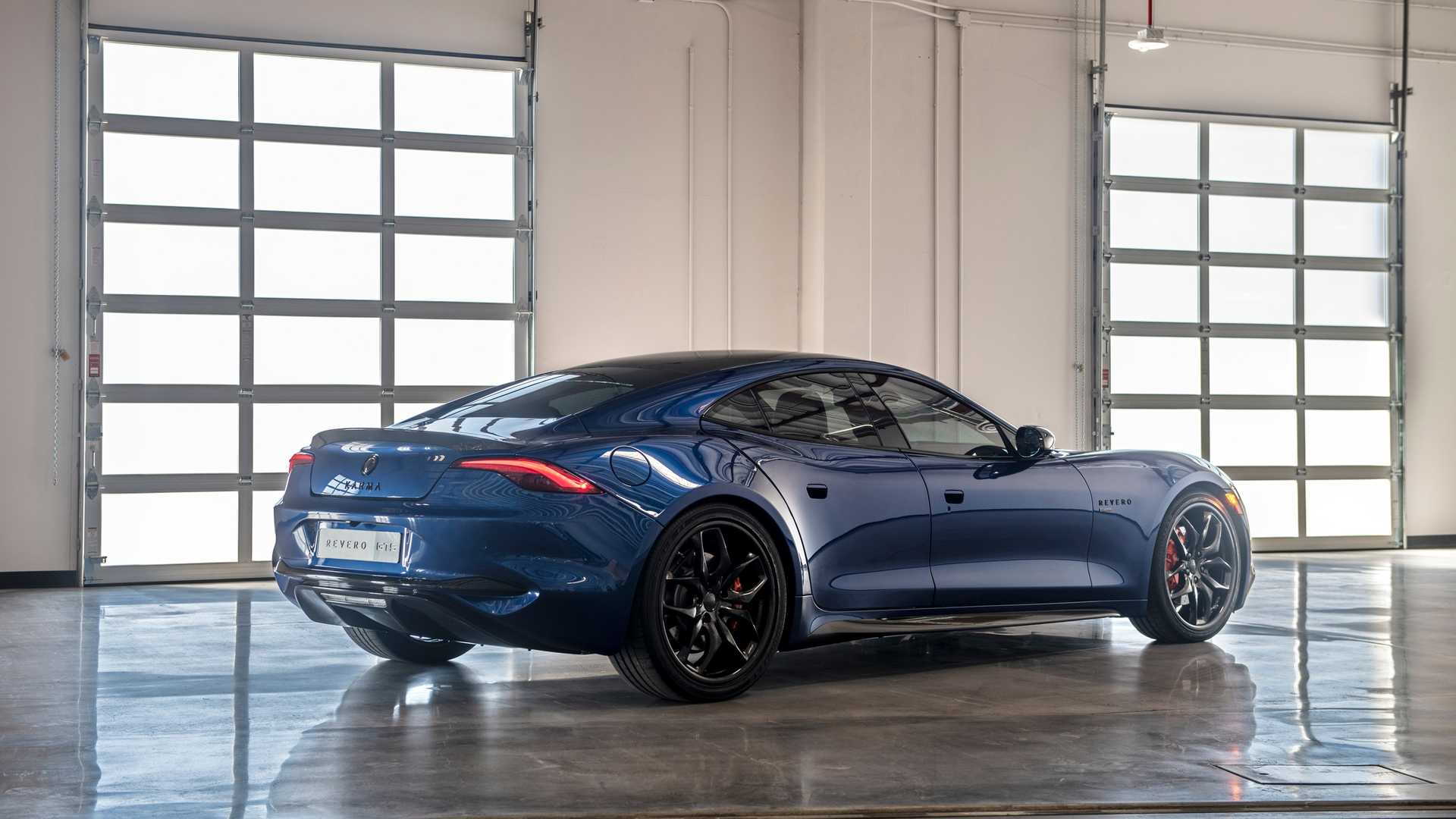 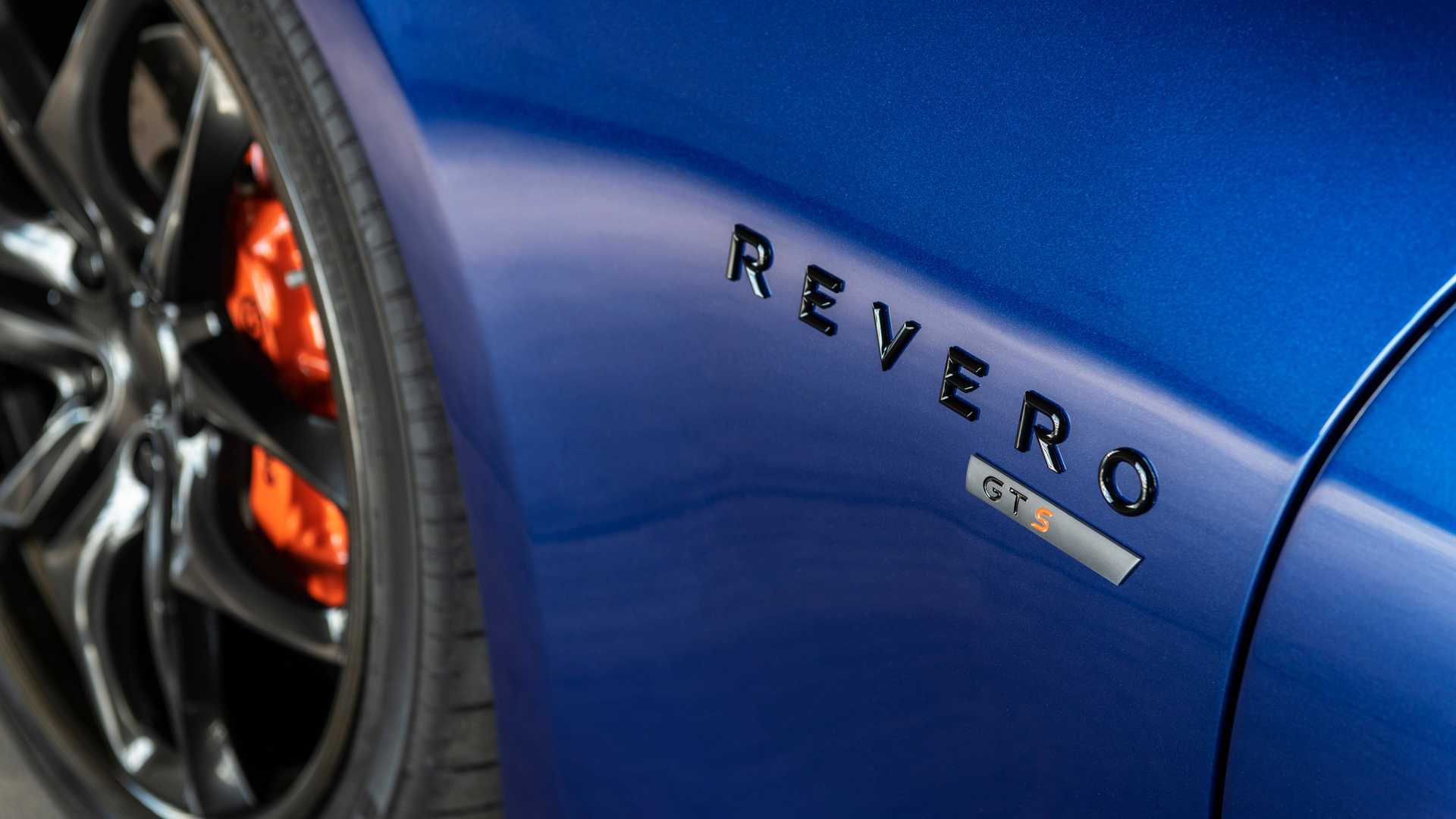 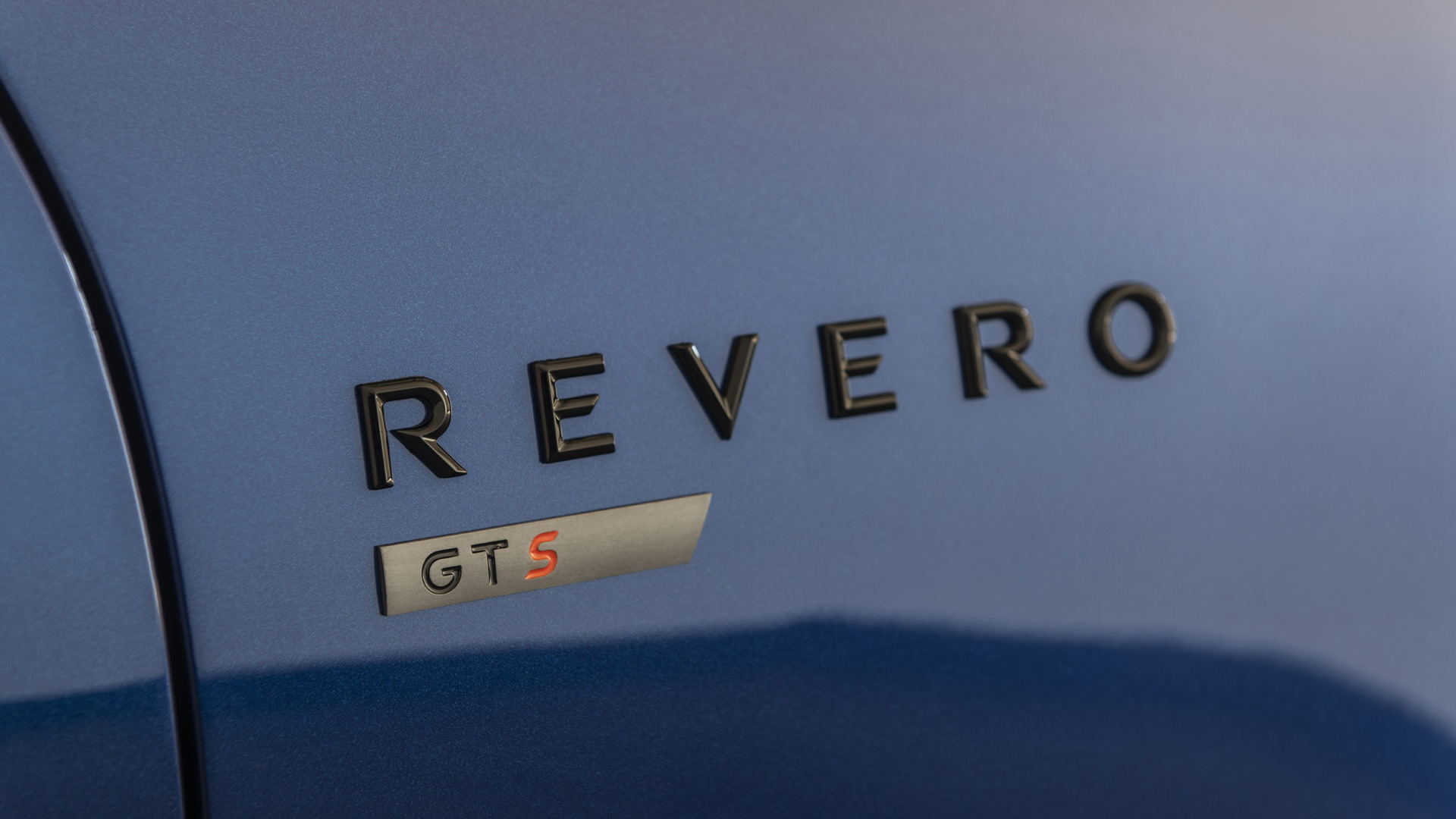 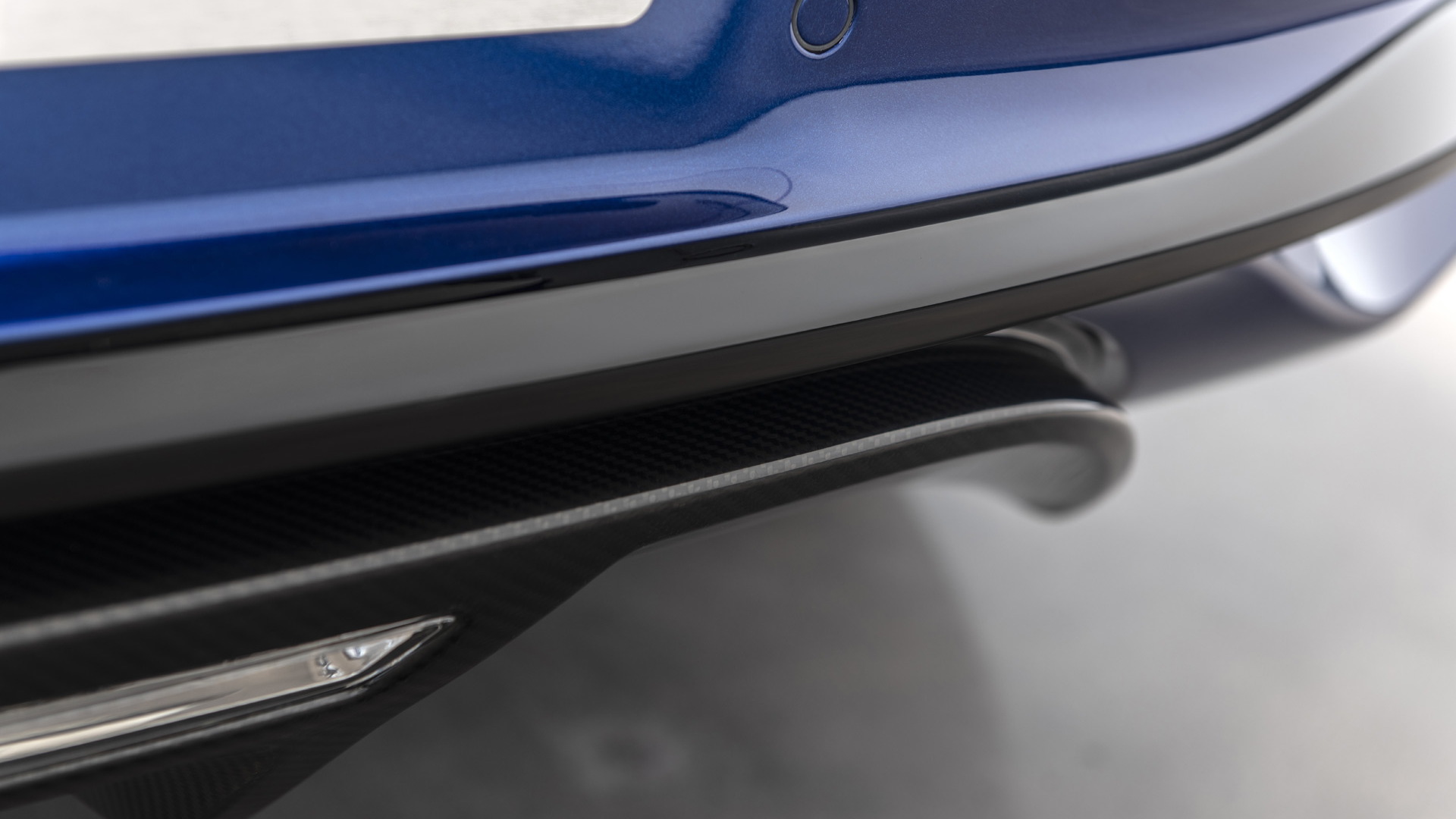 The new model, dubbed the Revero GTS, is on show at the Los Angeles Auto Show, and while it doesn't bring any additional horsepower over the Revero GT, tweaks made to its hardware means acceleration and range have both been improved.

The Revero GTS delivers 536 horsepower and 550 pound-feet of torque from an extended-range electric powertrain that features a pair of electric motors at the rear axle and a 1.5-liter turbocharged inline-3 range extender borrowed from the BMW i8 up front. The battery is the same 28-kilowatt-hour unit fitted to the Revero GT, but it delivers up to 80 miles of range in the GTS versus 61 miles in the GT.

The GTS is also able to sprint to 60 mph in less than 3.9 seconds versus the 4.5 seconds that the GT needs. Top speed is also up by 5 mph to a new 130-mph limit and handling has been improved by a new torque vectoring system.

For ultimate performance, the driving mode selector needs to be dialed to Sport mode where electricity from the battery and the range extender are combined. The Sport mode also includes a Launch feature that requires the driver to apply the brake and accelerator pedals. This spins the range extender to 4,000 rpm and shows a countdown in the instrument cluster informing the driver when to release the brake.

When the countdown indicates the car is ready, the driver releases the brake, keeps the accelerator pinned, and the battery and range extender both send power to the rear axle. In front of the driver, the speedometer turns into a stopwatch and shows the time when the car reaches 60 mph. This feature is also included in the Revero GT.

Karma said the improved performance in the GTS was made possible thanks to upgraded electronics throughout the powertrain, but primarily new, more-efficient inverters developed in-house and a new single-speed transmission. And since the inverters are now Karma's own, it means future updates for the inverter software could be made over the air, said Todd George, head of engineering at Karma.

Other performance mods on the GTS include new suspension bushings, brake calipers with less drag, and a recalibrated electronic power steering system the company said is smoother and more precise.

Karma also used the L.A. Auto Show to present the battery-electric SC2 concept. To learn about other cars at the show, follow our full coverage over at our dedicated hub.