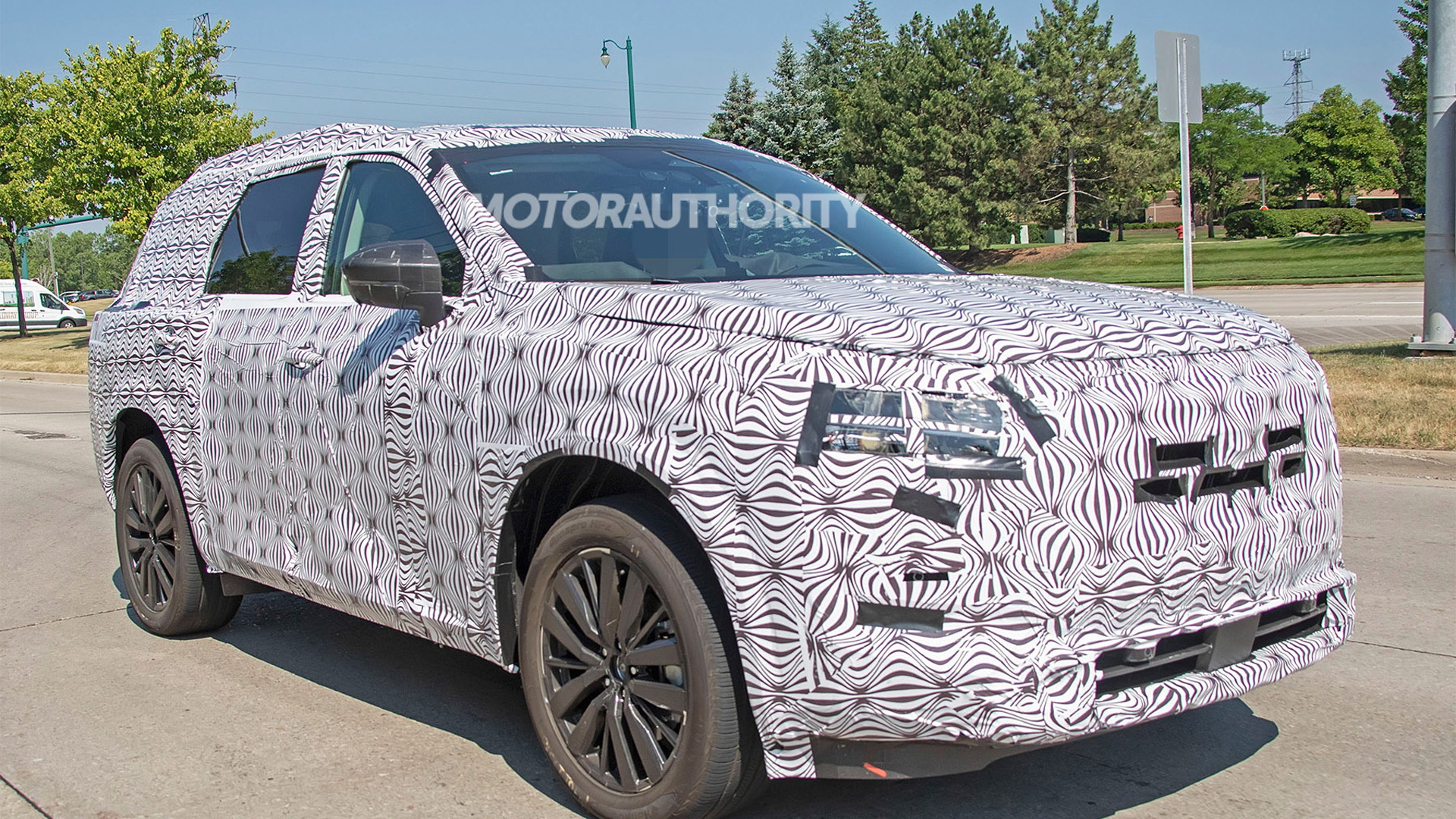 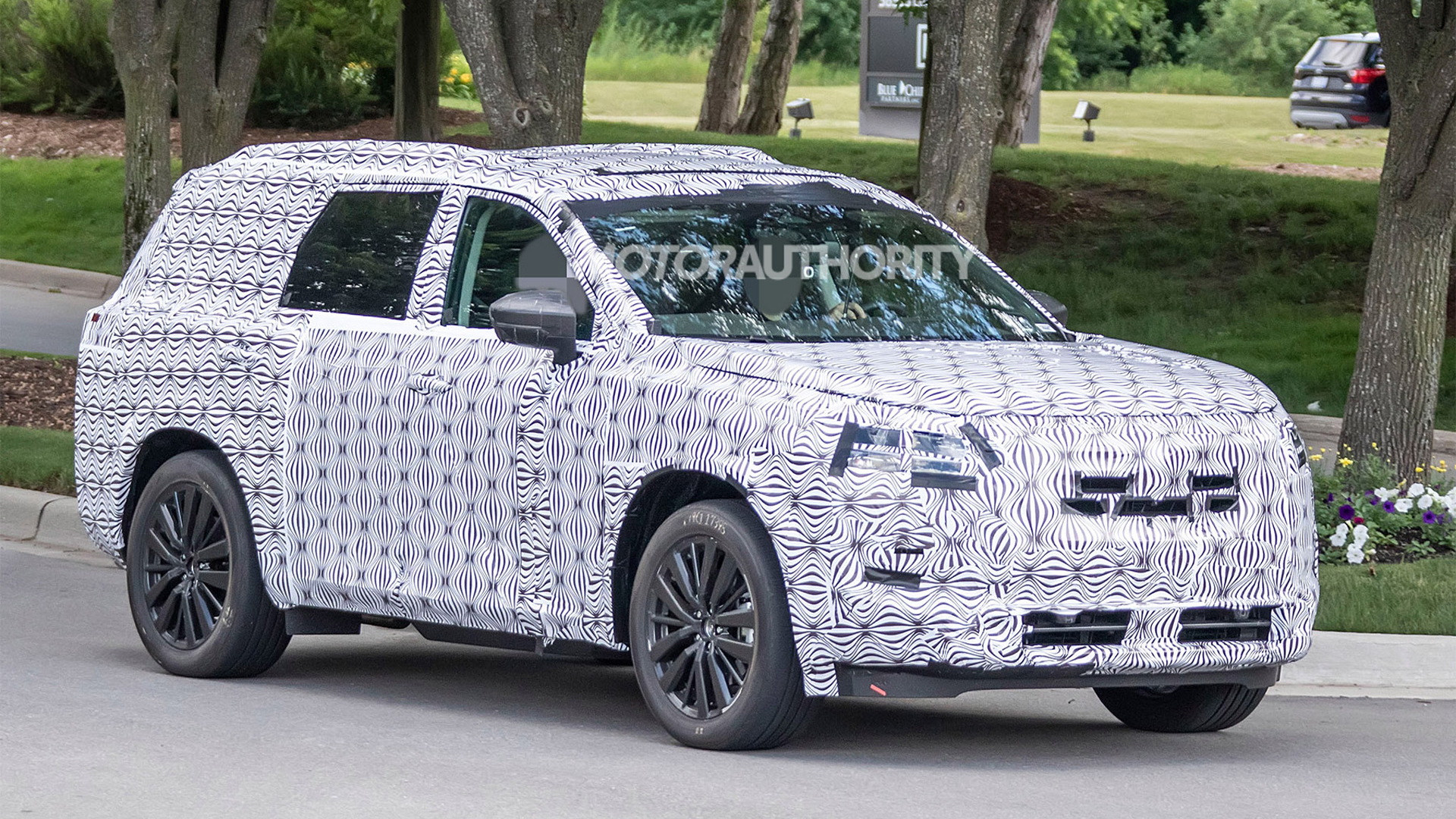 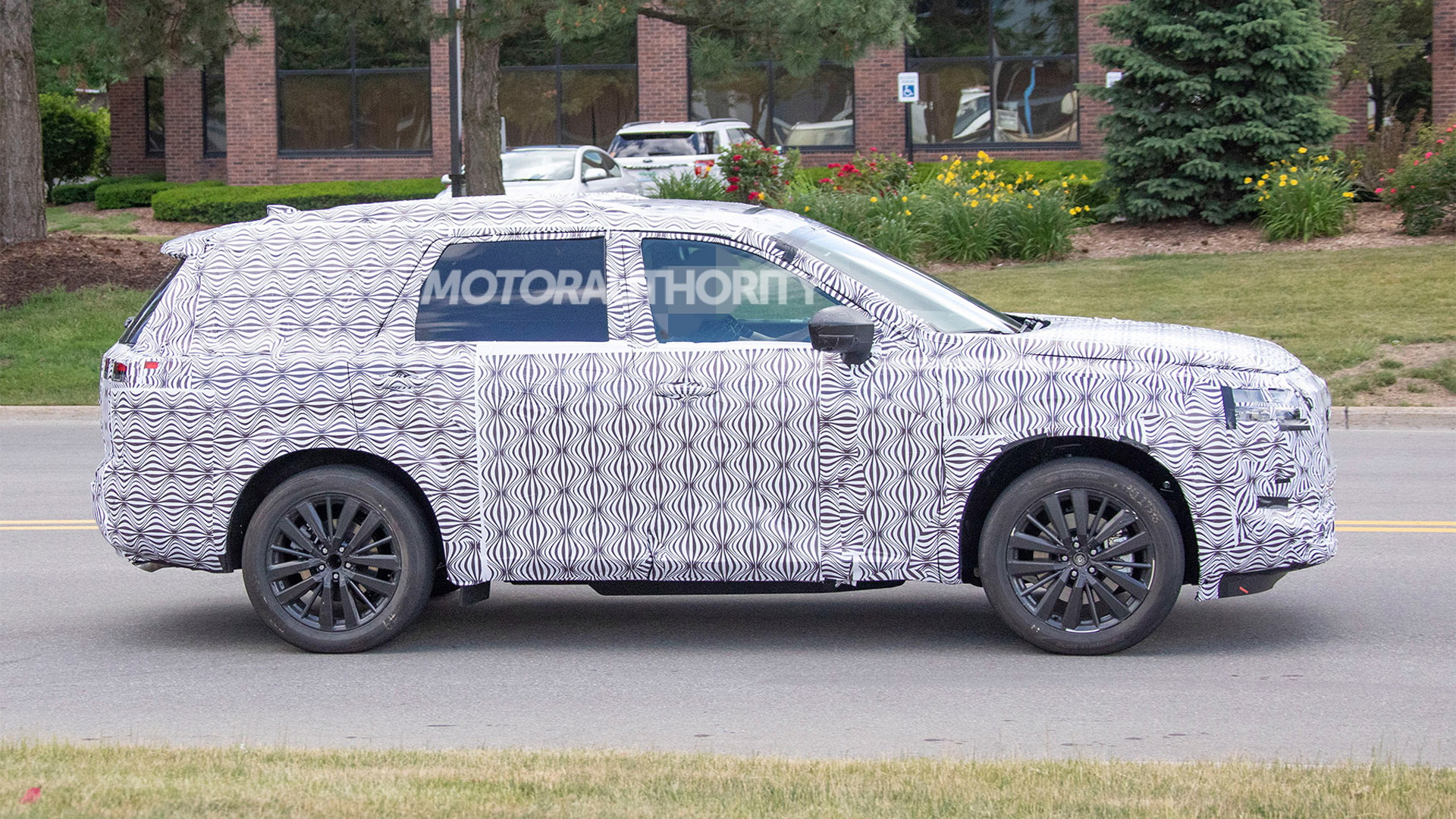 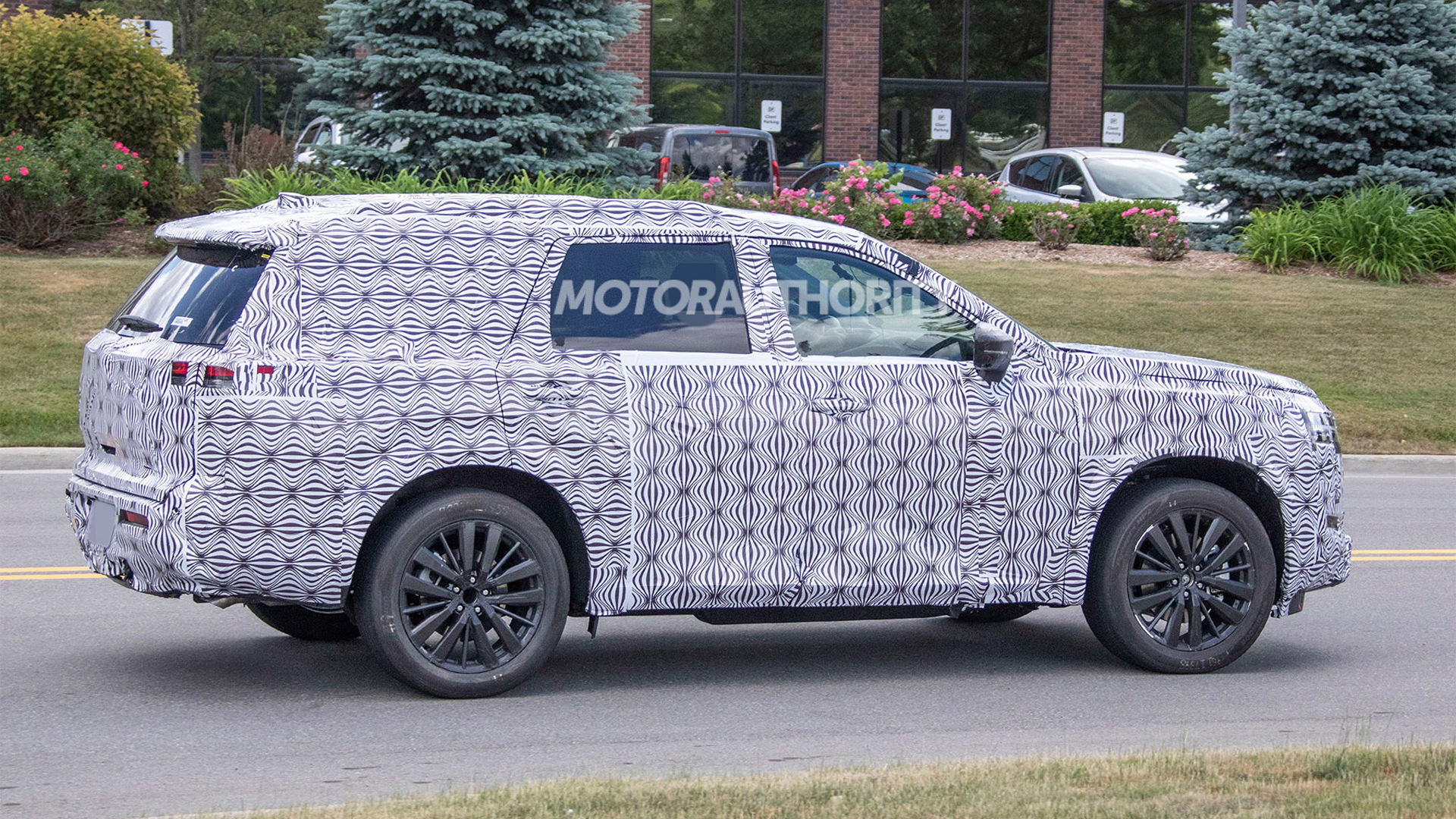 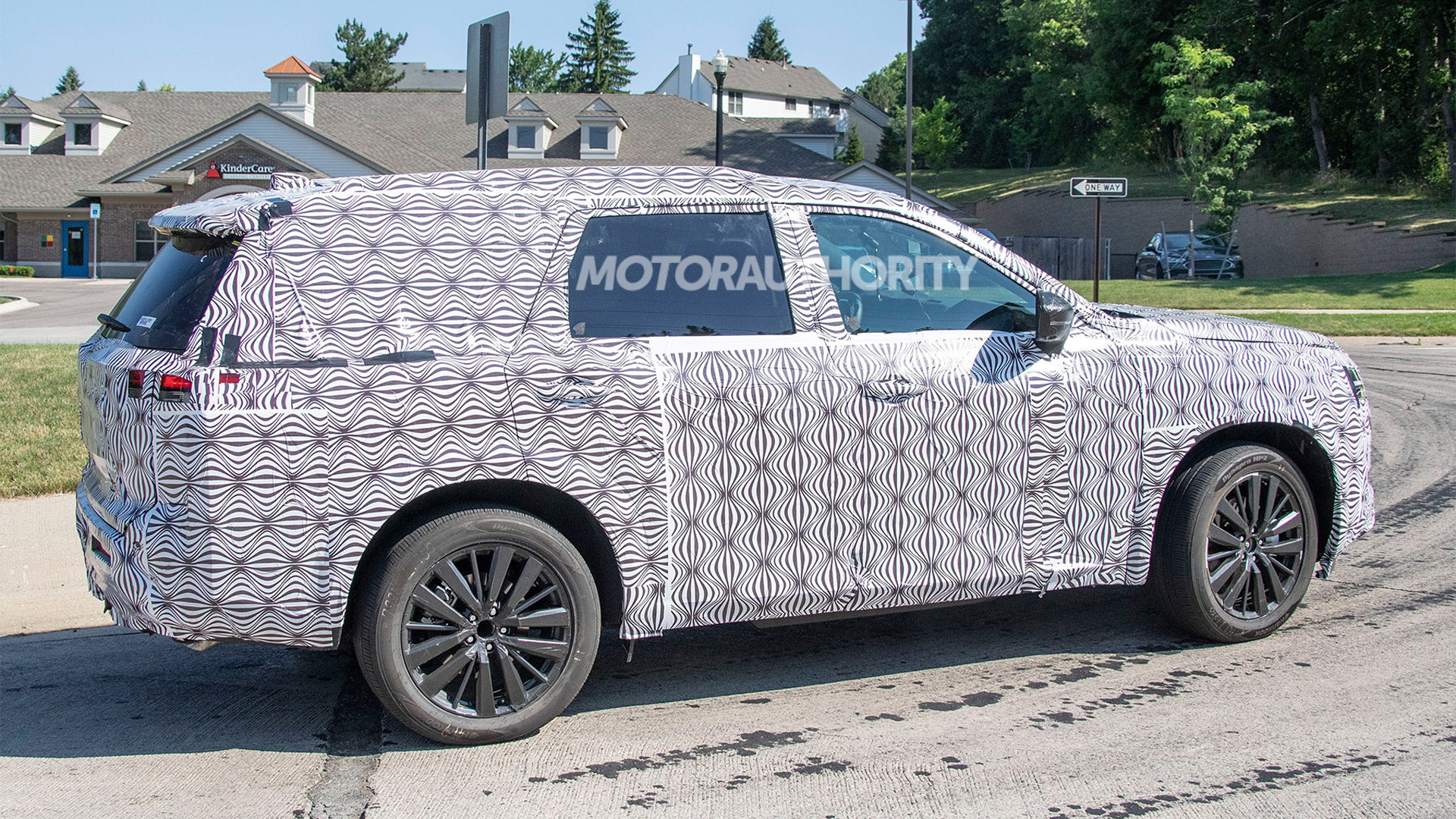 Nissan is in the process of updating or redesigning almost every vehicle in its lineup, and one of the vehicles due to be redesigned is the Pathfinder.

A prototype for the new Pathfinder has just been spotted ahead of a likely debut in the first half of 2021. We should see it on sale later that year as a 2022 model.

The new Pathfinder looks to have similar proportions to the current model, though a rugged and boxy look will replace the current model's softer lines. The recently revealed 2021 Nissan Rogue hints at what's coming.

The interior too should take influences from the latest Rogue. This would mean an available digital instrument cluster and a large infotainment screen. A shot of the new Pathfinder's interior shows an infotainment screen with the same hexagonal shape as the screen used in the Rogue.

We know the new Pathfinder will stick with car-like unibody construction, though it isn't clear what platform Nissan will use. A possibility is the Renault Nissan Mitsubishi Alliance's CMF-D platform designed for mid-size cars and crossover SUVs.

In the powertrain department, the current Pathfinder's 3.5-liter V-6 with its 284 horsepower and 259 pound-feet of torque should carry over. A 4-cylinder and a hybrid powertrain should be offered at some point as well. Unfortunately, the sole transmission will likely be a continuously variable unit.

Expect a new Infiniti QX60 based on this Pathfinder at some point as well. The current QX60 and Pathfinder are twins under the skin, and Nissan has said it plans to use even more of its platforms for future Infinitis.

The new Pathfinder is part of a major product renewal at Nissan as the automaker seeks to turn around its losses. As mentioned above, there are multiple new or updated models coming. Others include the 2022 Ariya EV, 2021 Frontier, and a new Z sports car.