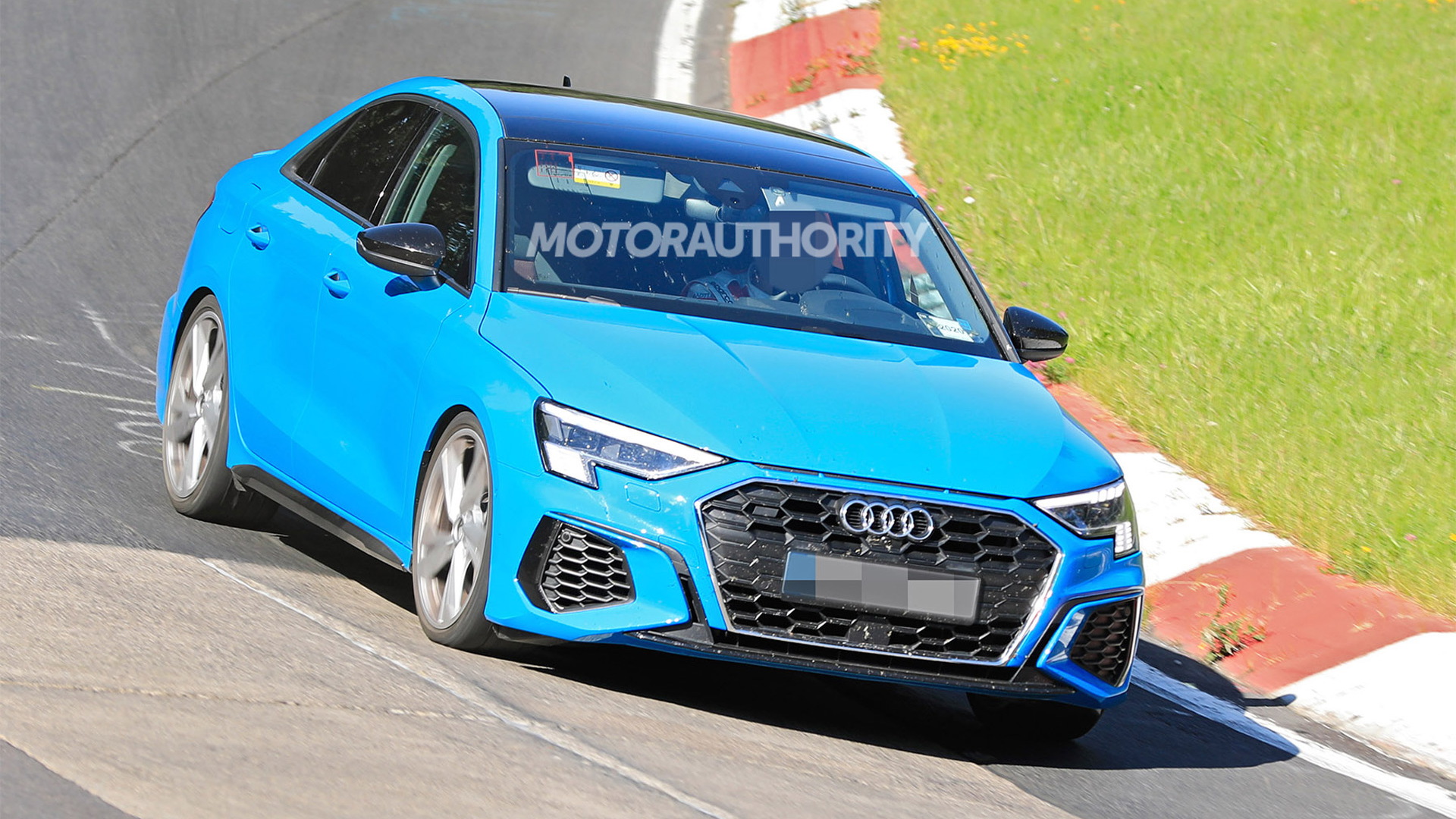 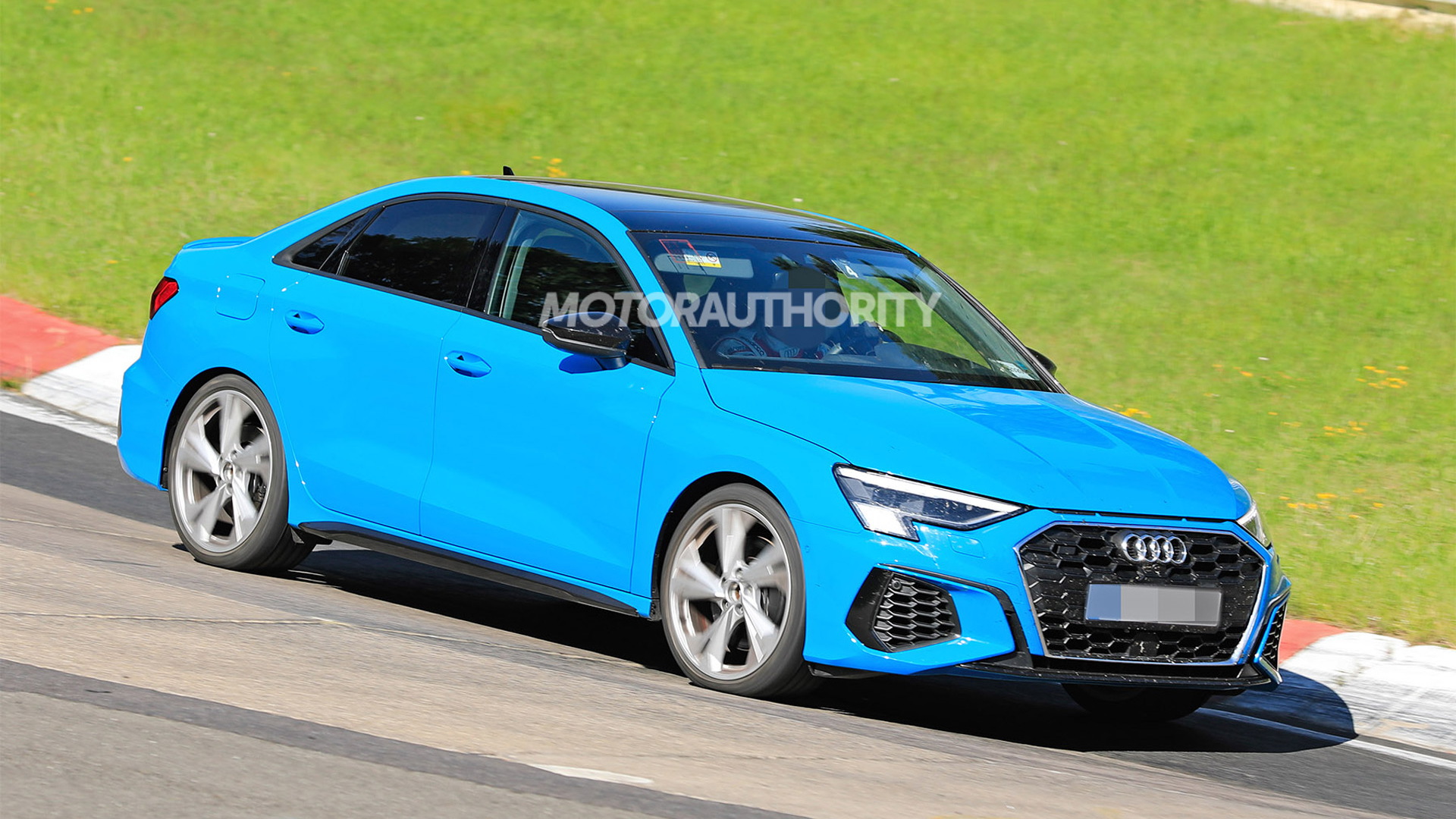 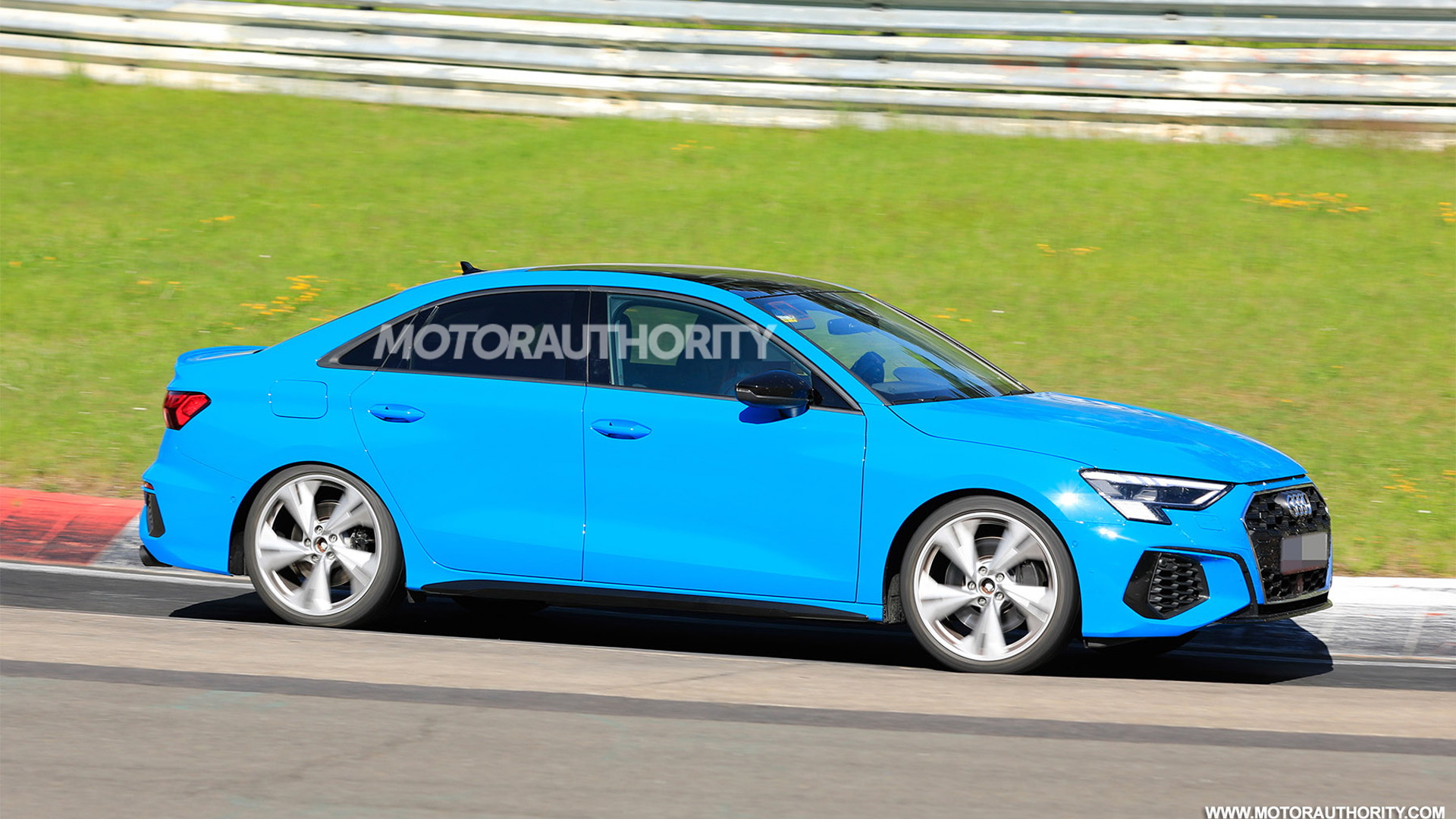 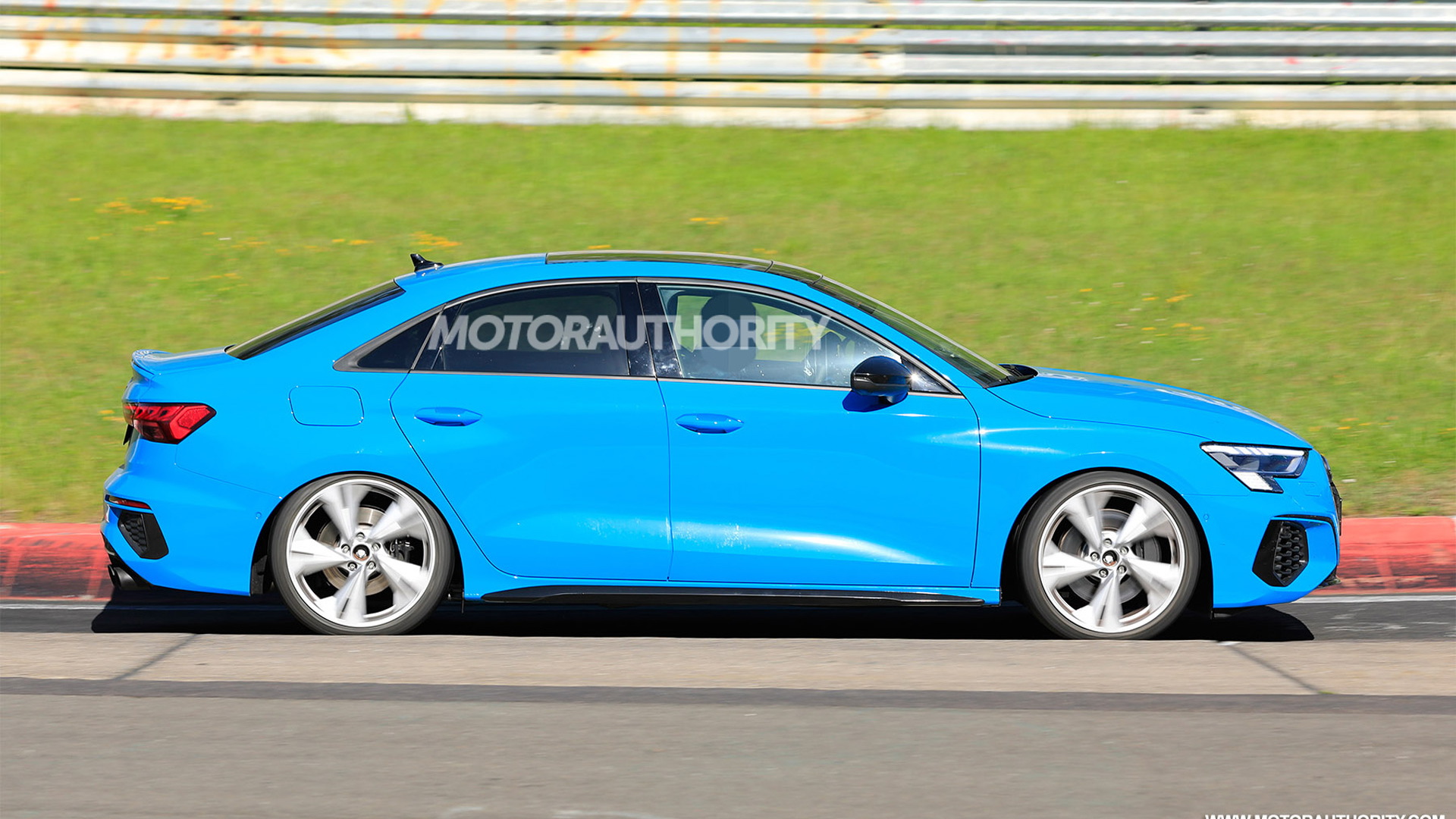 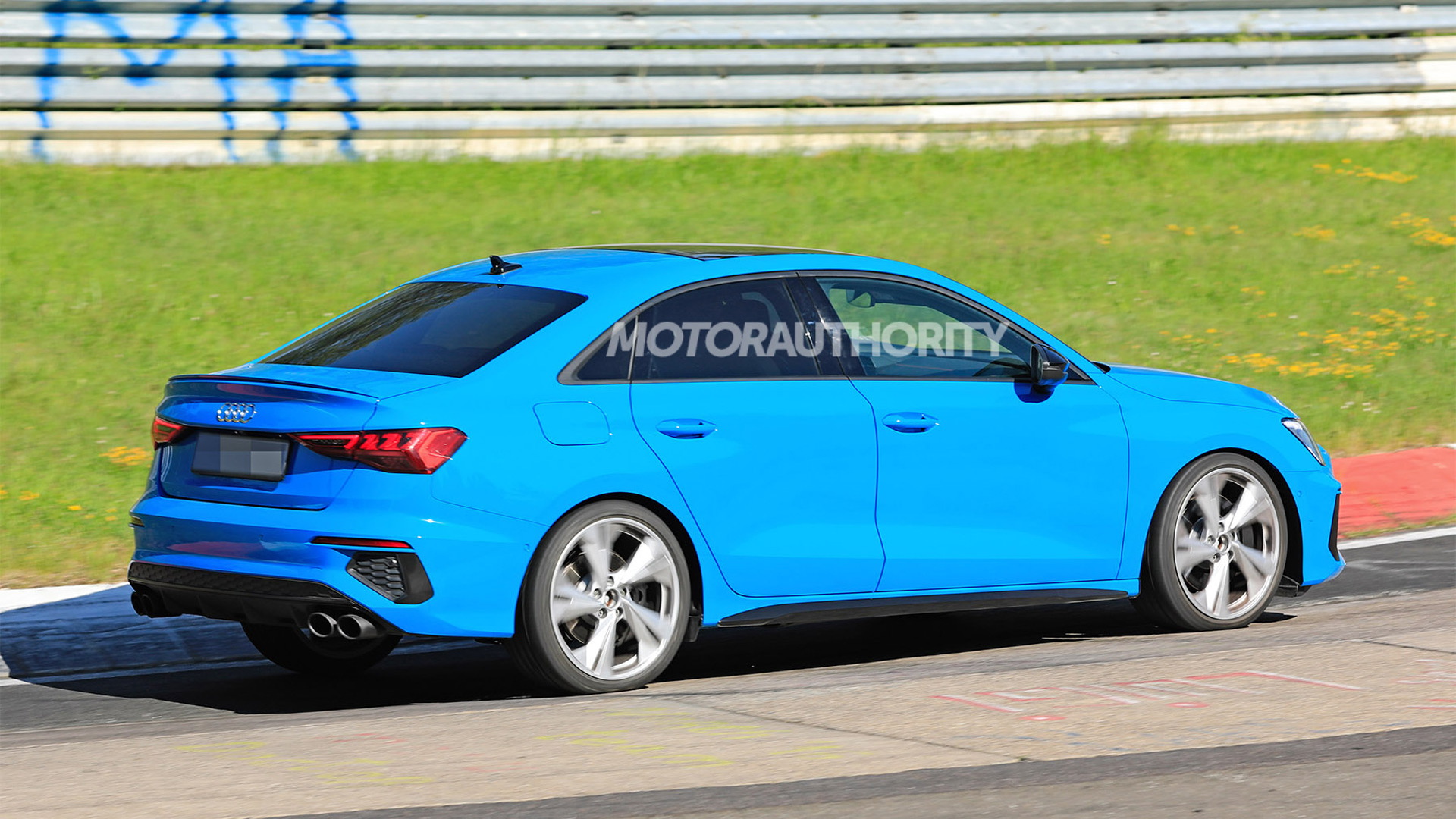 Audi in April unveiled a new generation of the A3, the nameplate's fourth, and included in the range once again will be a sporty S3.

Our latest spy footage shows a prototype for the new S3 in sedan guise. There will also be a hatchback body style, which Audi refers to as a Sportback.

We know this prototype is for the S3 because of the more aggressive aero kit and quad-exhaust tips. And given the fact there's zero camouflage gear, the reveal must be coming up soon. Unfortunately, the new A3 doesn't reach the United States until late 2021, and this S3 variant should arrive about the same time. They should both arrive as 2022 models. And to make matters worse, only the A3's sedan body style is expected to reach the U.S., and the same is likely the case for the S3.

The current S3 features a 2.0-liter turbocharged inline-4 delivering 292 horsepower and 280 pound-feet of torque, with the engine driving all four wheels via a 6-speed dual-clutch transmission. A similar configuration is expected for the new S3, since the new A3 generation represents more of a heavy update of the previous generation rather than a true redesign. 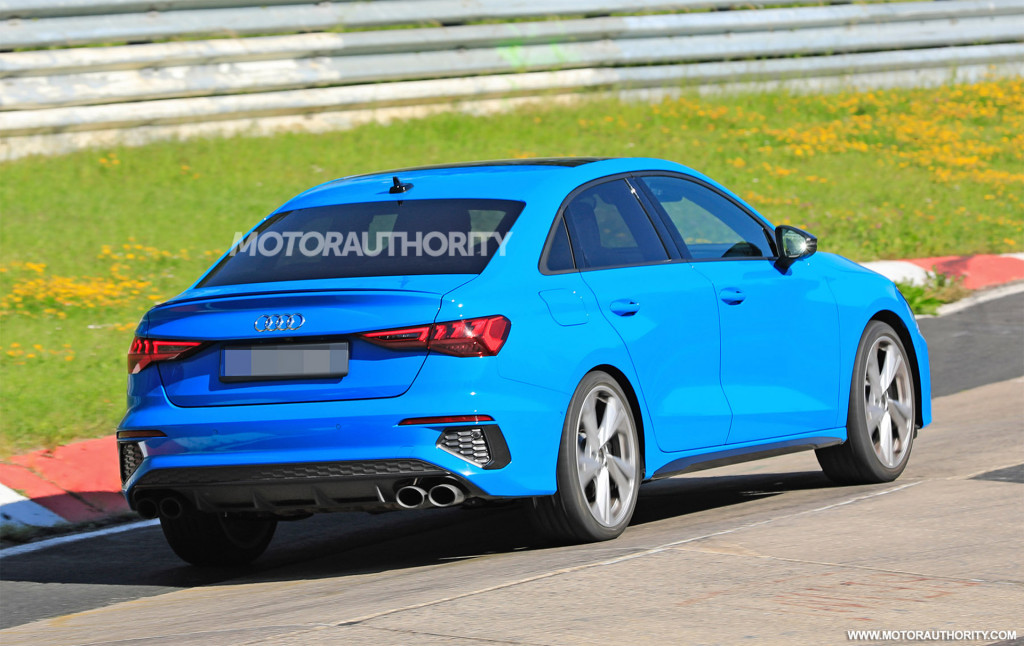 We could still see power dialed up slightly for the new S3 and an extra gear added to the transmission. Don't be surprised if the engine ends up being the 2.0-liter turbo-4 that just debuted in the 2021 Volkswagen Arteon R. It's good for 316 hp and 310 lb-ft.

Whatever the case, we can expect the 0-60 mph time of the new S3 to improve on the current model's 4.7 seconds. 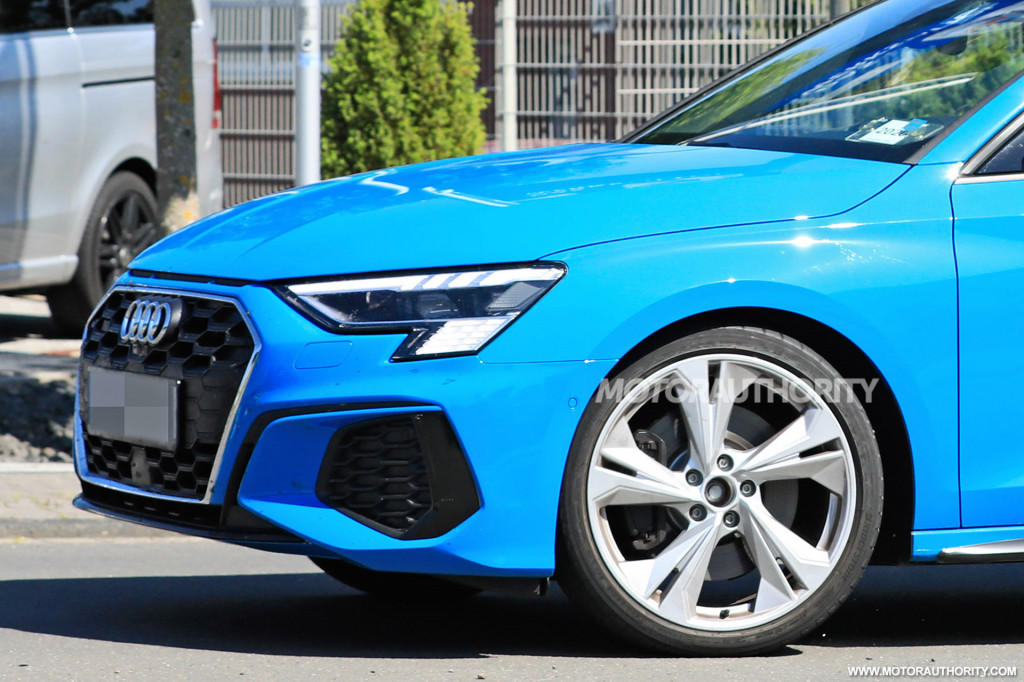