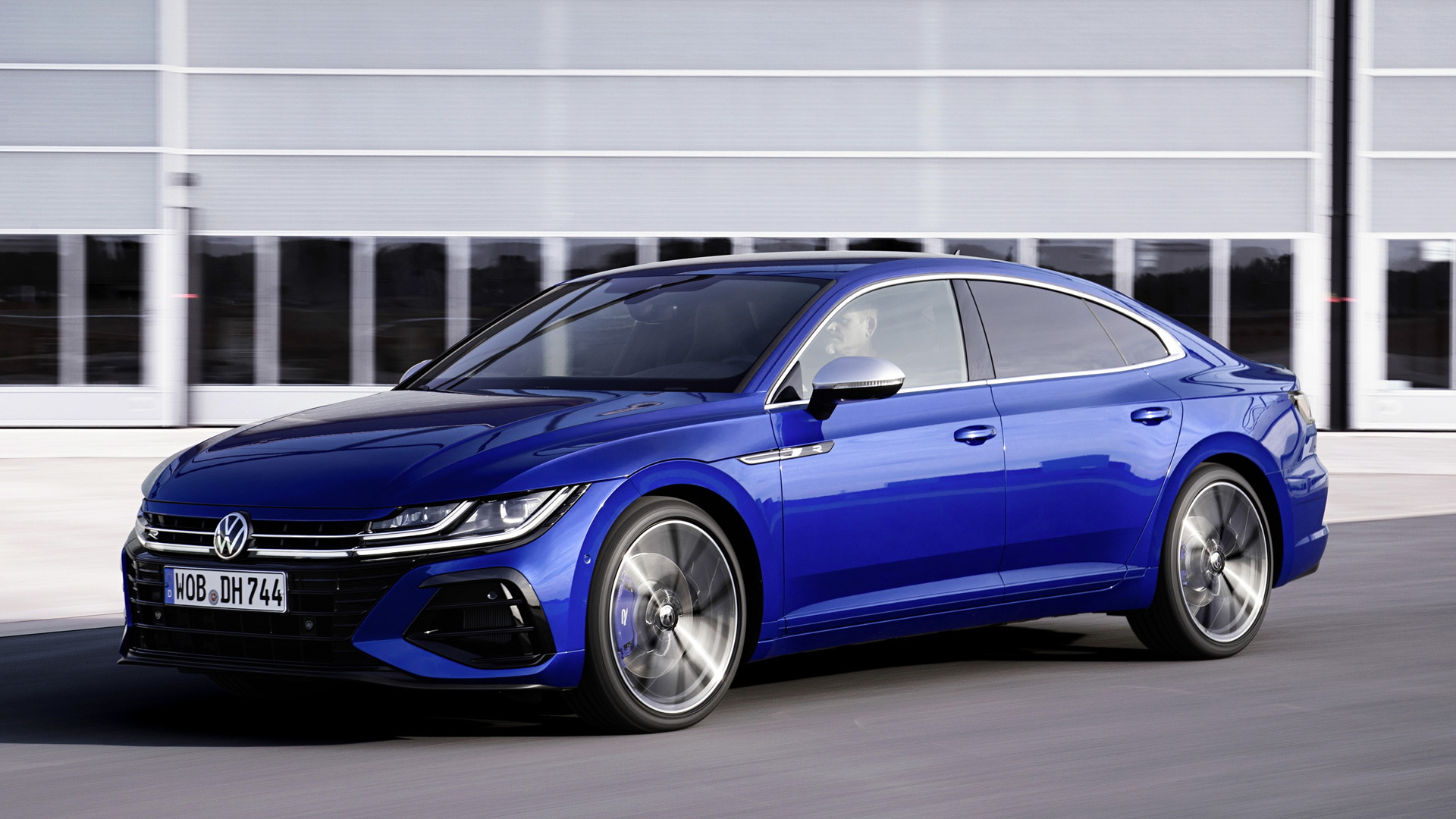 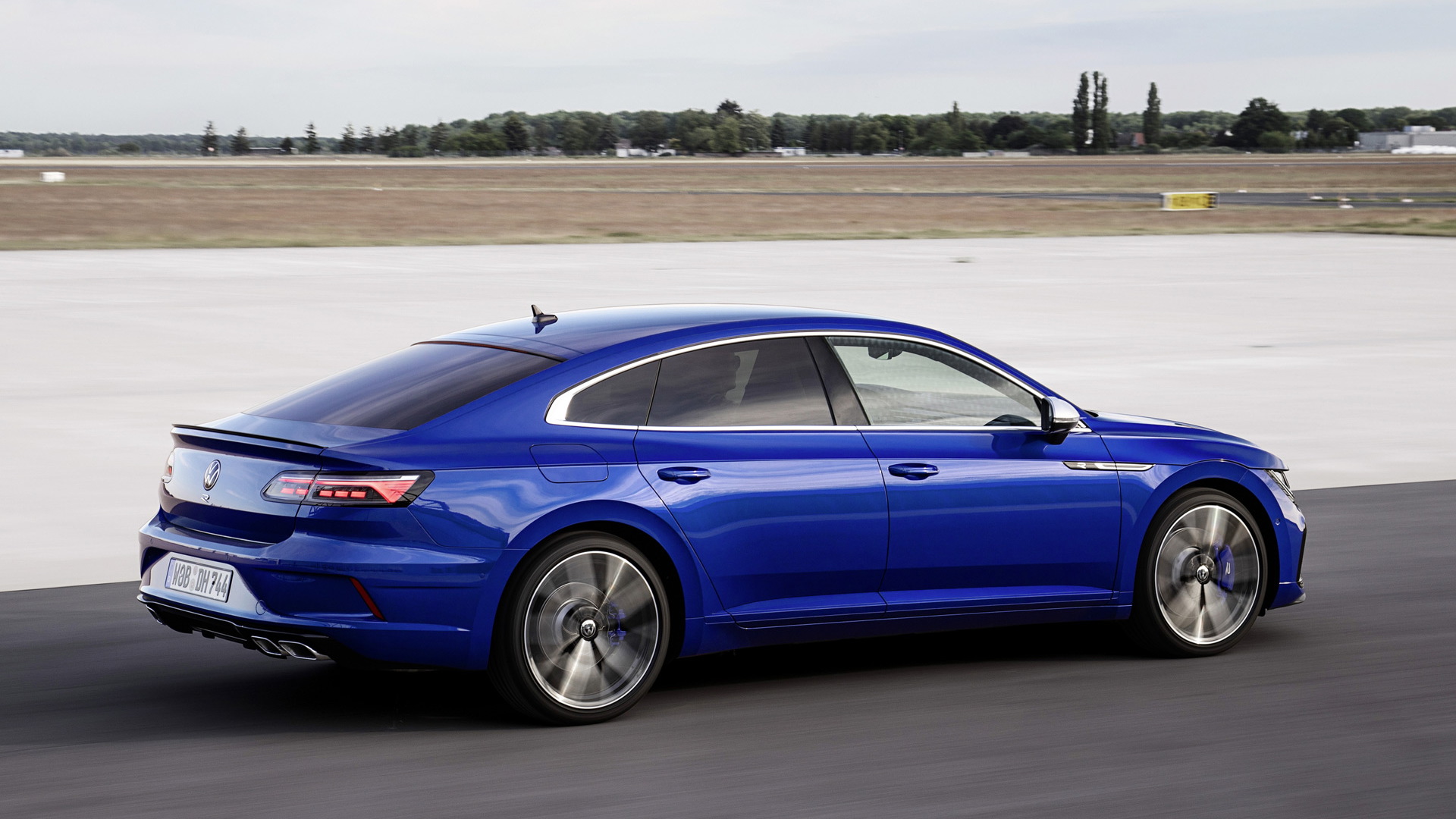 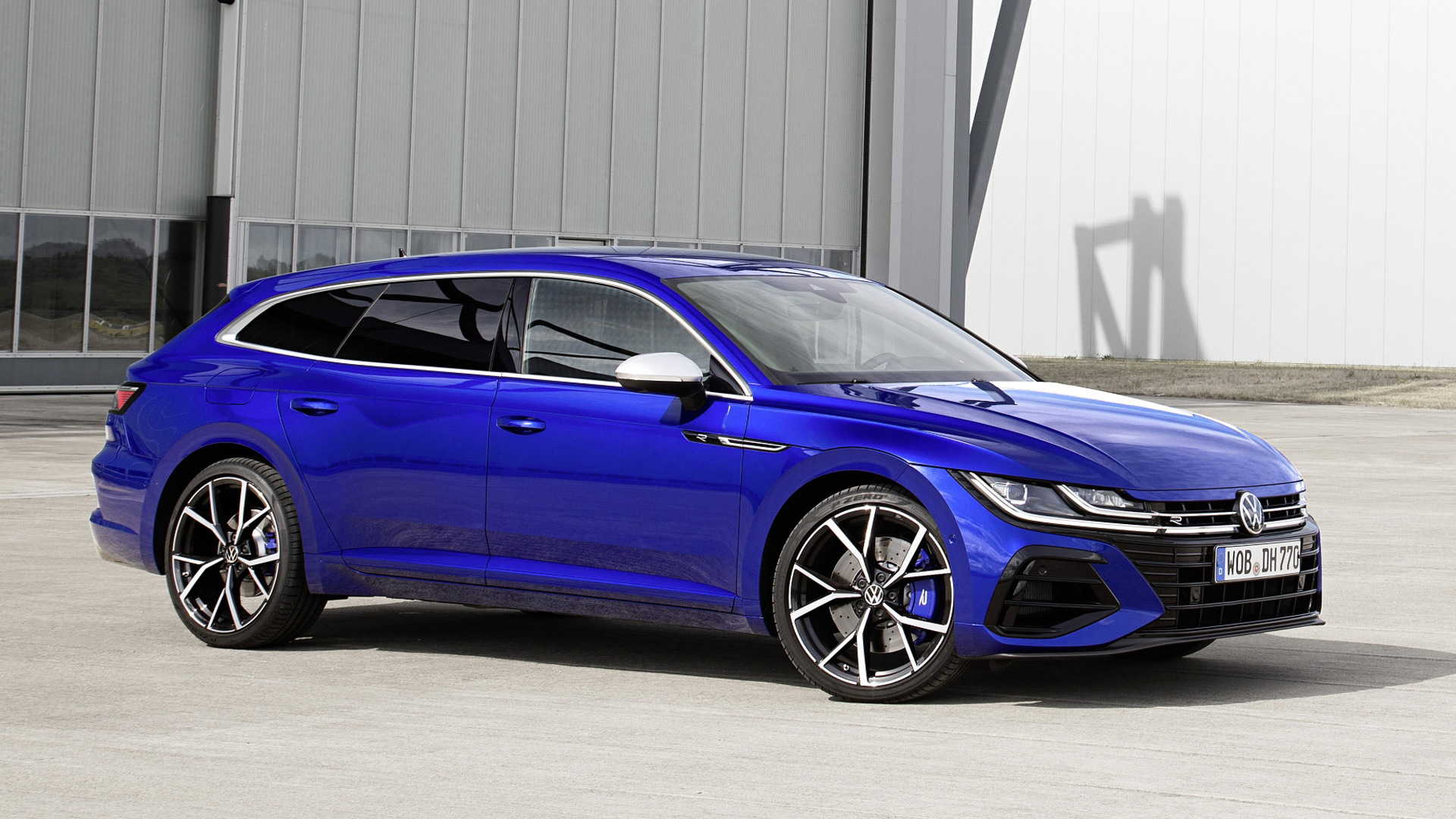 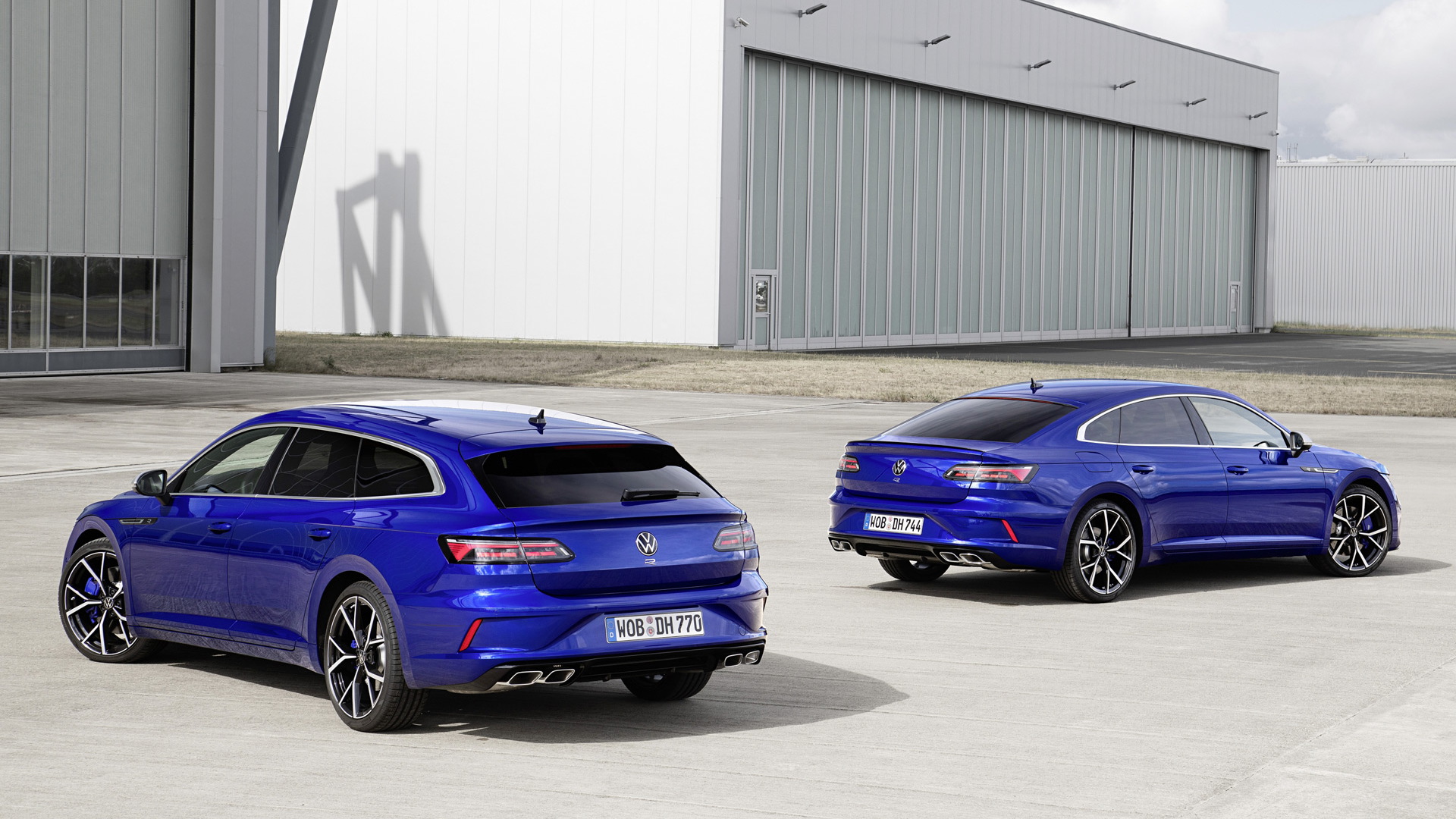 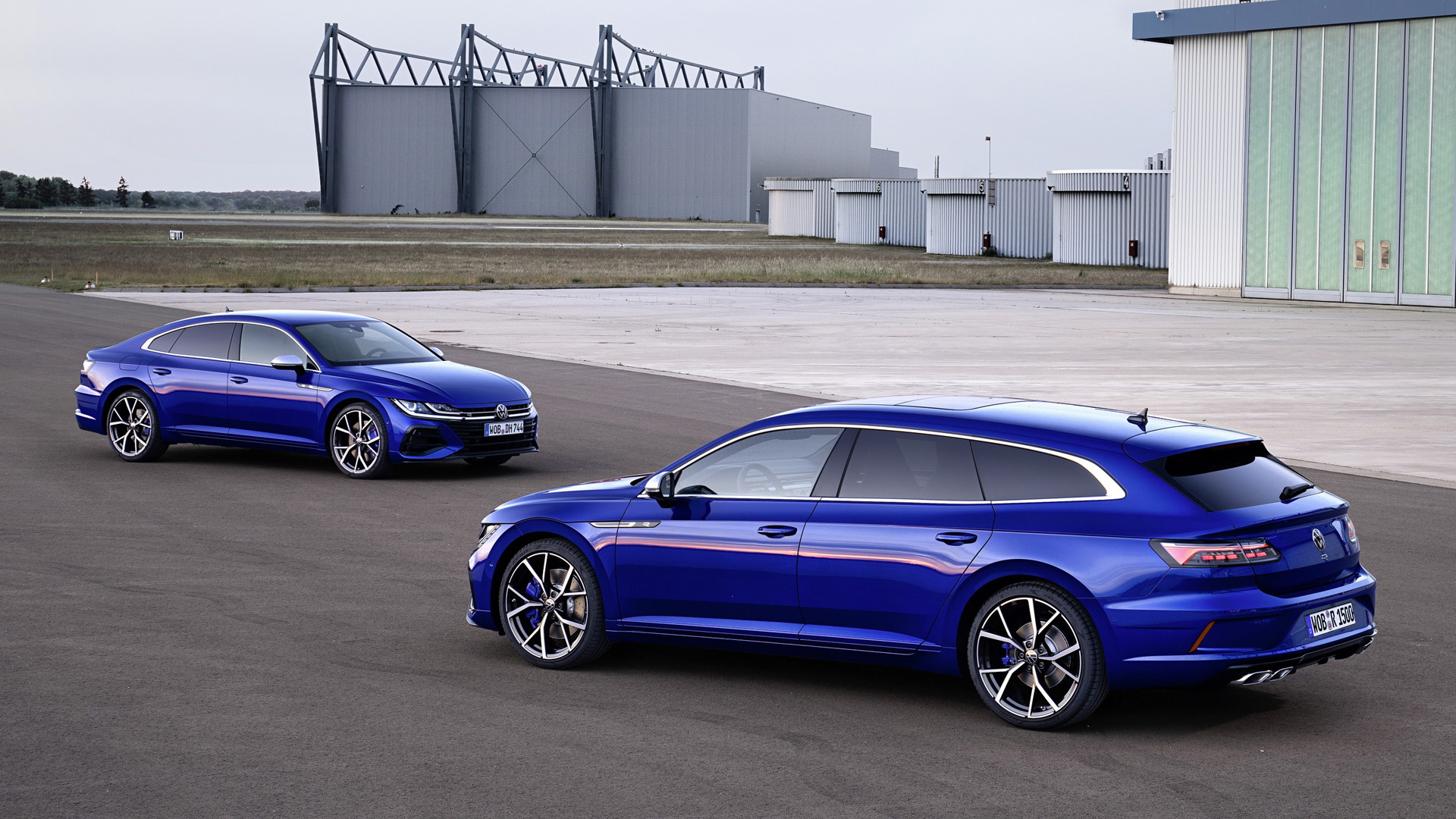 Volkswagen this week unveiled an updated version of its Arteon, but the hottest model in the range, the new Arteon R, won't make it to the United States.

The fast mid-sizer is being offered elsewhere in both fastback sedan and wagon body styles, the latter referred to as a Shooting Brake by VW. In case you're wondering, the wagon isn't coming here either.

Compared to the regular Arteon, the R version features a more aggressive front fascia with enlarged intakes on either side, a front splitter, lowered suspension (by 20 millimeters), and 20-inch wheels. The car also sports an upgraded brake package with blue calipers, as well as a set of quad-exhaust tips. Both are signature traits of the Volkswagen R performance skunkworks.

The star of the show is a new 2.0-liter turbocharged inline-4. It isn't the turbocharged V-6 we were hoping for, though it should still provide plenty of punch with its 316 horsepower and 310 pound-feet of torque. Don't be surprised if this engine ends up in the next Golf R, as well as the next Audi S3.

The Arteon R's transmission is a 7-speed dual-clutch transmission, as opposed to the regular Arteon's 8-speed automatic. And drive is to all four wheels via VW R's own all-wheel-drive system which is able to split torque between the axles and between the rear wheels.

No performance numbers have been mentioned but you can count on the 0-60 mph time under 5.0 seconds and the top speed hovering around 155 mph.

The regular Arteon will land at dealers in November as a 2021 model. Its sole powertrain is also a 2.0-liter turbo-4, but with output capped at 268 hp and 258 lb-ft. Buyers will be able to choose between front- and all-wheel drive.