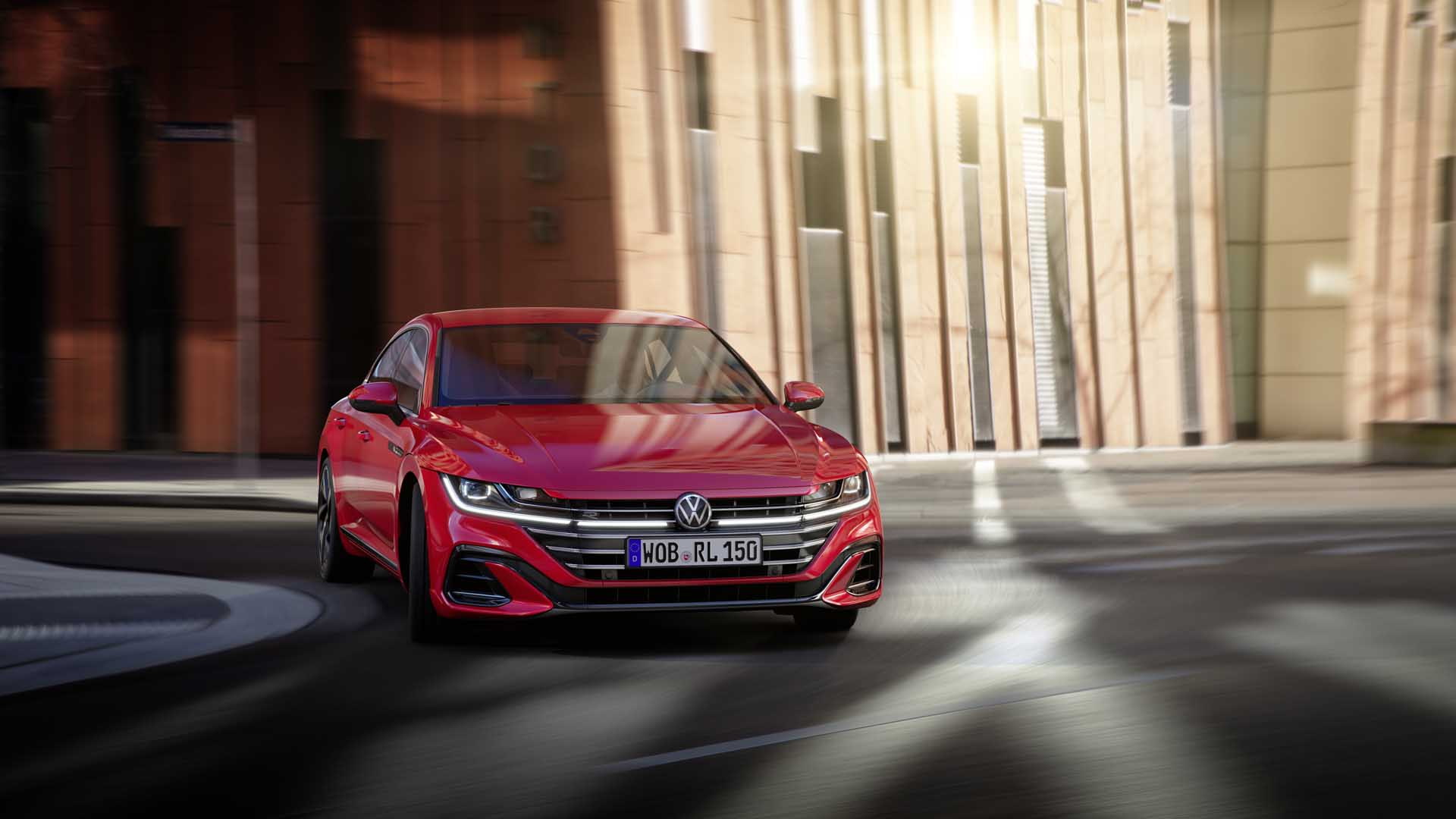 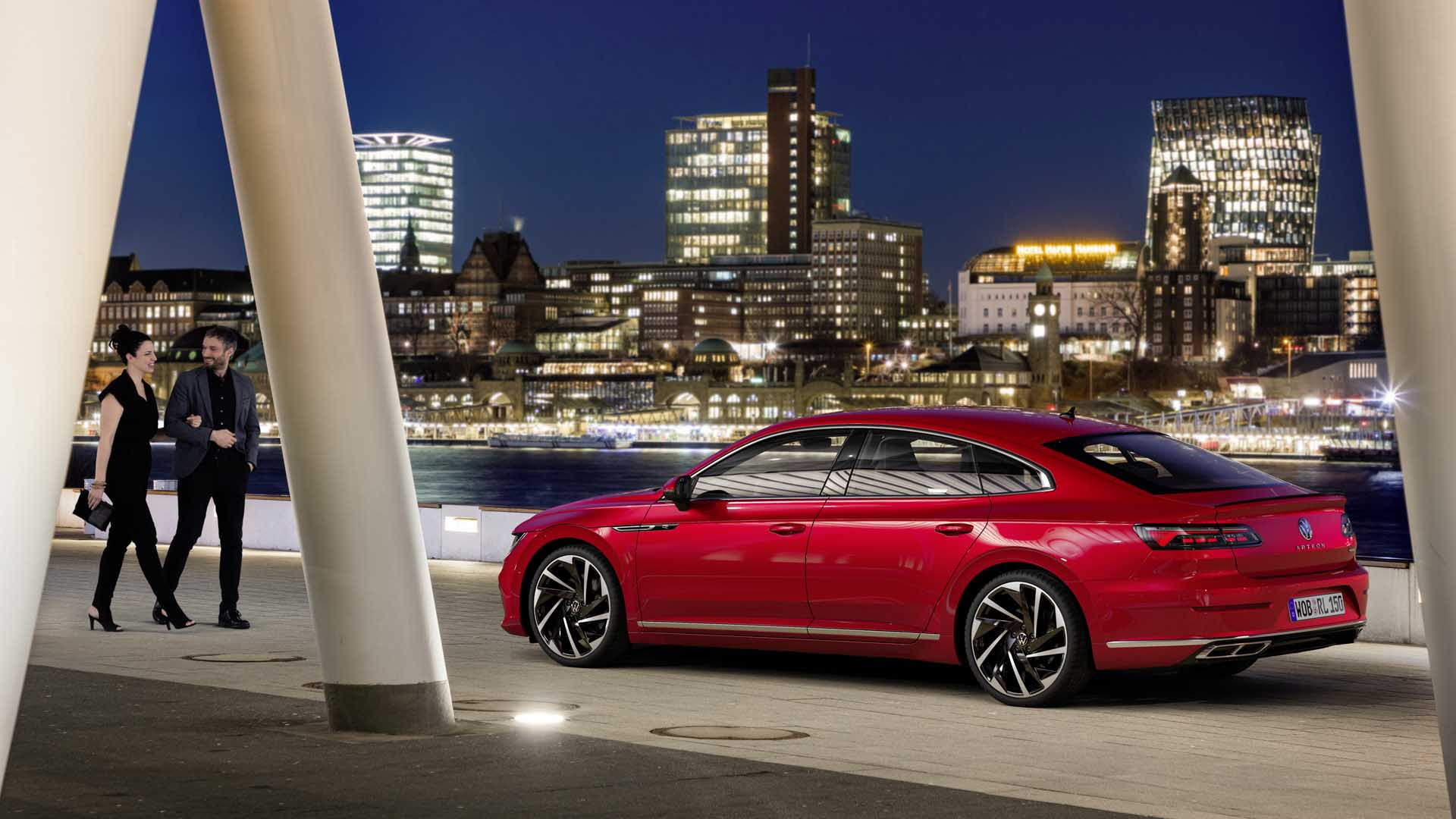 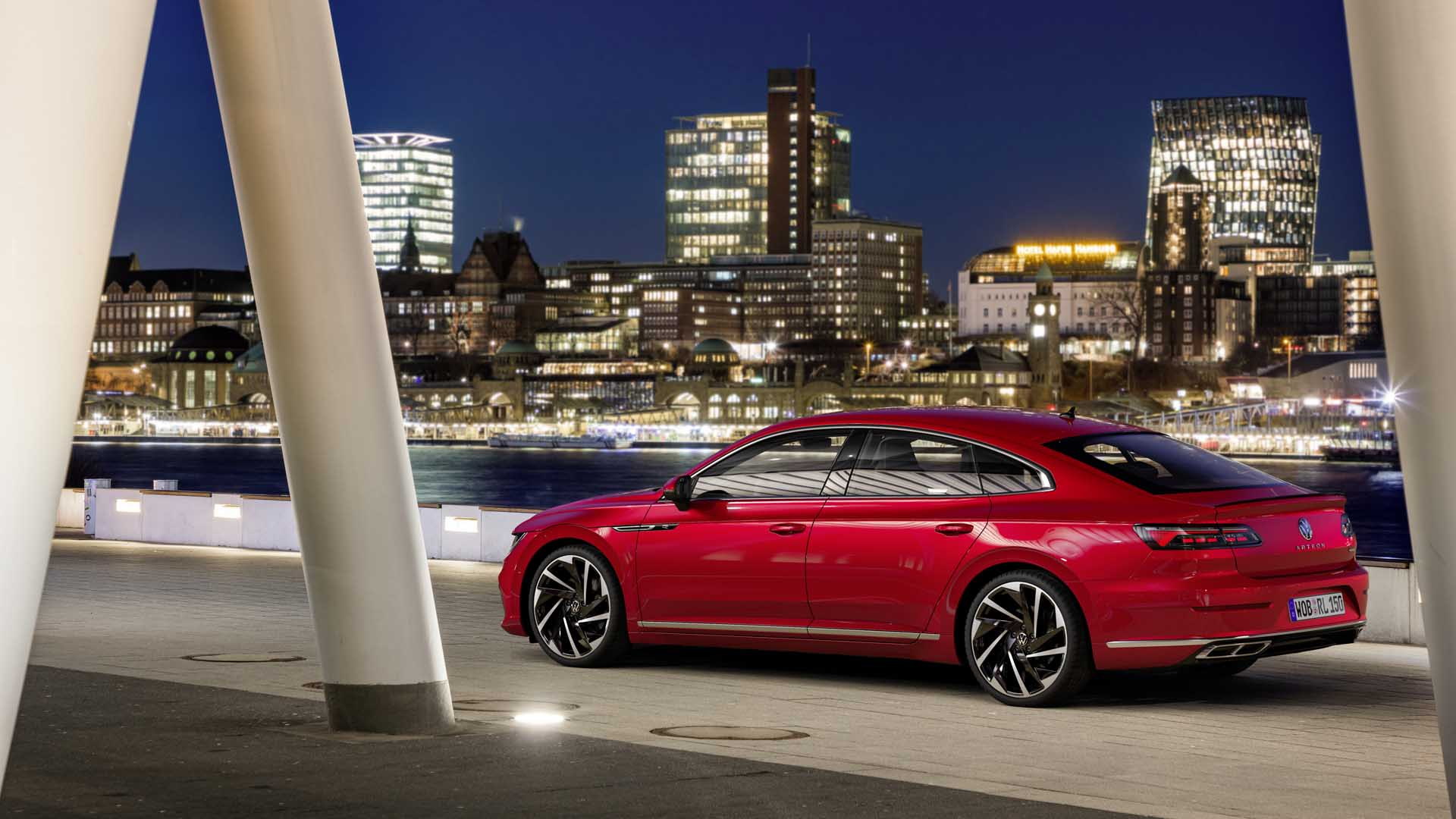 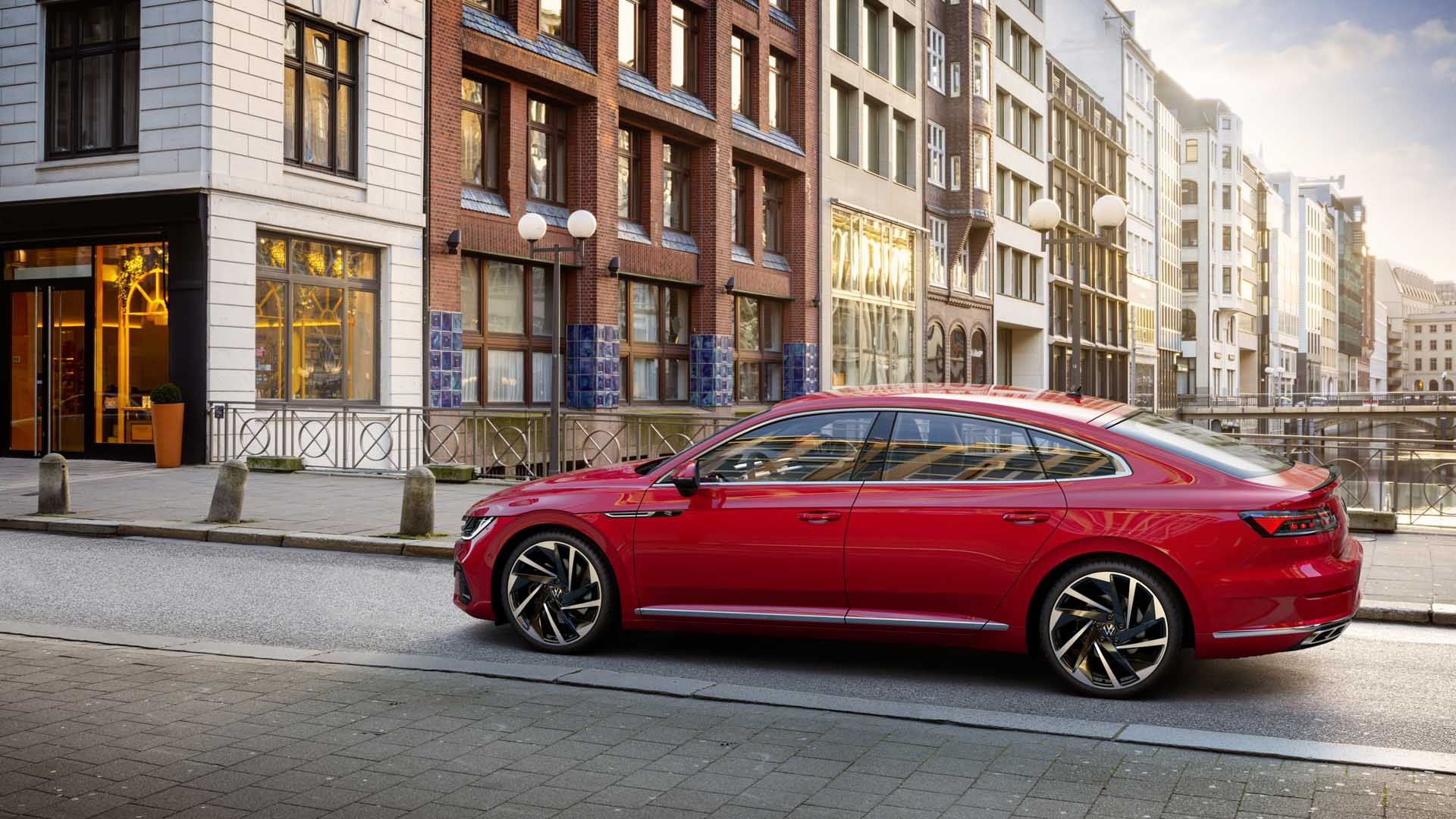 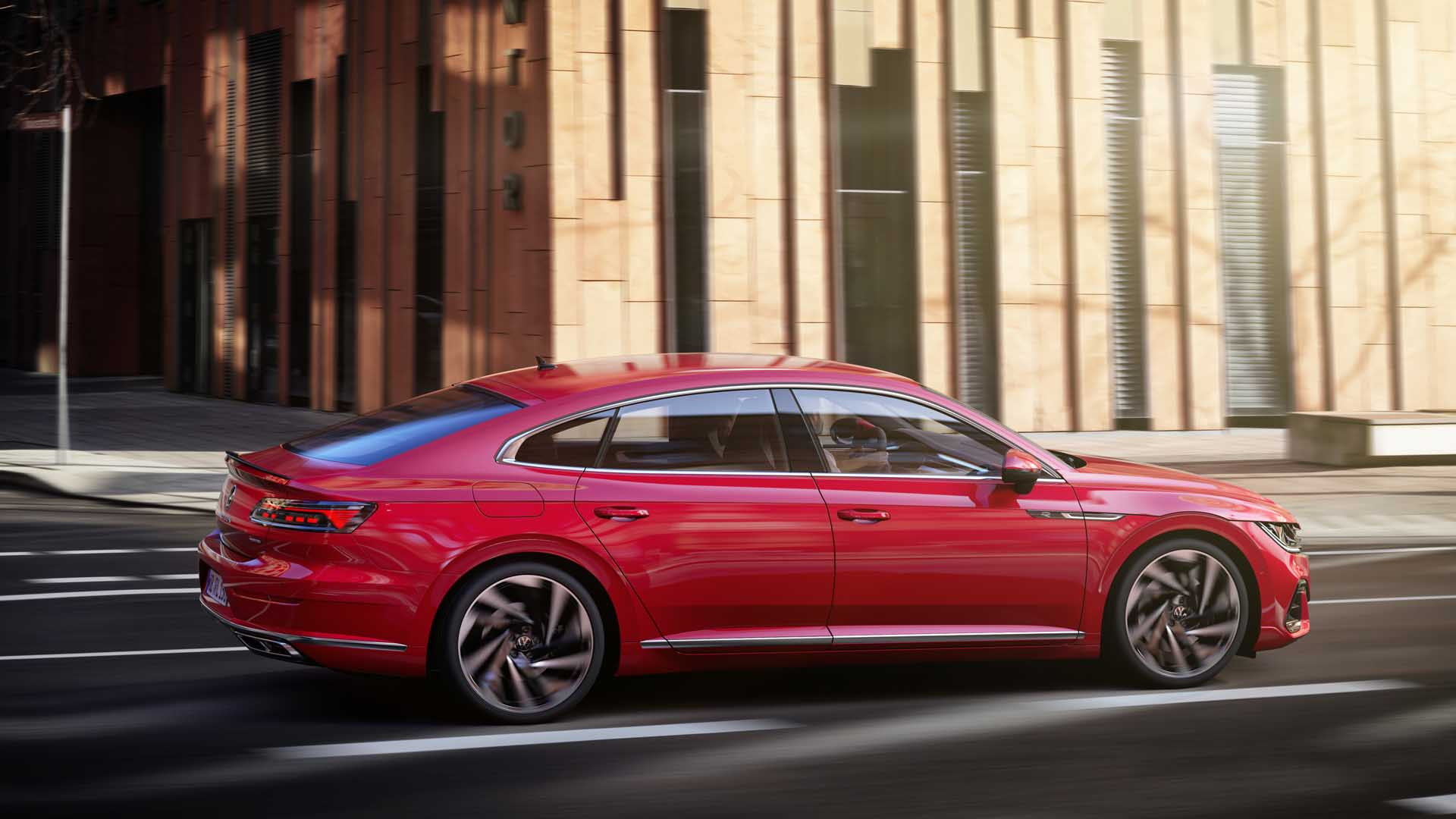 Executives at VW are content on letting a low-volume, five-door hatchback lead as the brand's flagship car in the U.S.

As such, the 2021 VW Arteon gets the automaker's newest infotainment technology, a light-up face, and premium audio. It also adds active driver-assistance features, wireless smartphone compatibility, and even ambient LED lighting inside. The latest and greatest goes into the Arteon. 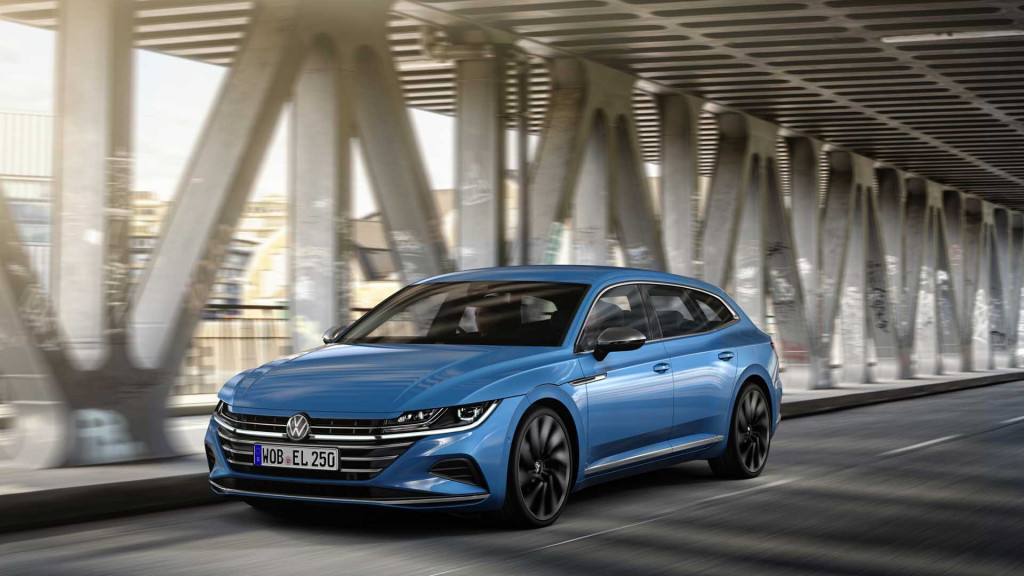 Well some of it does. Not appearing in the U.S.? A shooting brake wagon body style, a hybrid powertrain, or a high-powered R model. Don't ask. Just, don't.

"Although all petrolheads, including myself, would die to drive one...you are talking about very low numbers and very high costs. For those reasons, neither will make it to the U.S.," said VW's Hein Schafer.

What will show stateside instead? The 2021 VW Arteon fastback-liftback-hatchback that has been updated after just two years on sale in the U.S., which is relatively early for a refresh. 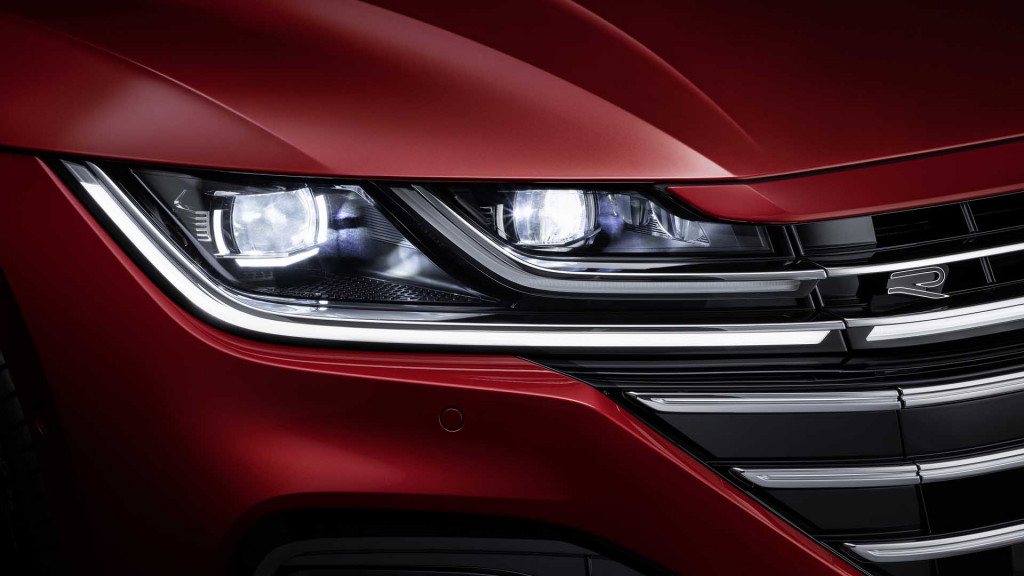 The new Arteon has an updated face, complete with a continuous LED light bar and revised lower intakes. The intakes on SEL R-Line and SEL Premium R-Line trims blend into the lower air intake (the base SE gets its own look) and visually lower the nose with fewer chrome bars. The revised front bumper sits ahead of a familiar 2.0-liter turbo-4 that makes 268 horsepower and 258 pound-feet of torque, and is paired to an 8-speed automatic transmission. Front-wheel drive is standard, while all-wheel drive is available on SEL and and standard on SEL Premium.

Not much has changed at the tail, aside from new Arteon letters and a badge—quad exhaust finishers just feel like a cruel joke. 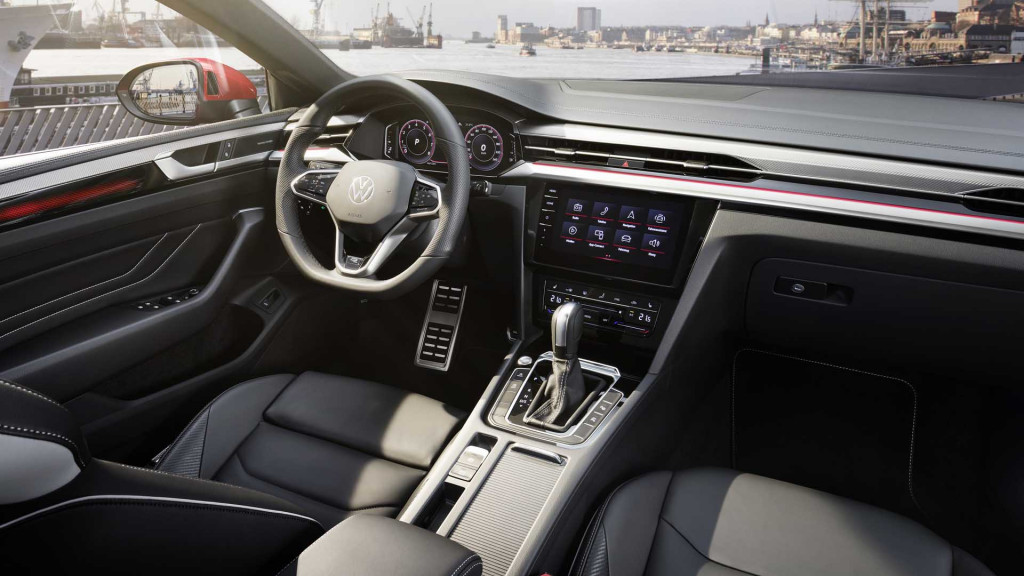 Inside, the Arteon gets VW's updated infotainment with faster hardware and an 8.0-inch touchscreen. In the U.S., VW is sticking with volume and tuning knobs, although much of the vehicle controls will switch to touch-sensitive hardware. That includes the climate controls and steering wheel-mounted buttons for vehicle functions.

The Arteon will support wireless Apple CarPlay and Android Auto smartphones and is the first VW to offer that feature. Other VW cars will get that compatibility as early as this year, according to VW execs.

Also trickling down to the rest of the VW lineup will be premium audio by Harmon Kardon, which may replace Fender-branded audio in other models soon. In the Arteon, the Harmon Kardon system will pump 700 watts through 12 speakers. The system will be standard on Arteon SEL Premium, but it's unclear if it will be available in lower trims.

Throughout the range, ambient LED lighting bathes the interior in one of 30 available shades—pick a new one for every day of the month, if you like. VW also said it dressed up the Arteon's interior to compete with entry-level luxury cars—even from Audi.

"From a pure value perspective, bang for buck, you're going to get a lot more from an equally priced Arteon than from an Audi A5," Schafer said.

VW isn't ready to talk prices yet, but we should know more before the car goes on sale in November.