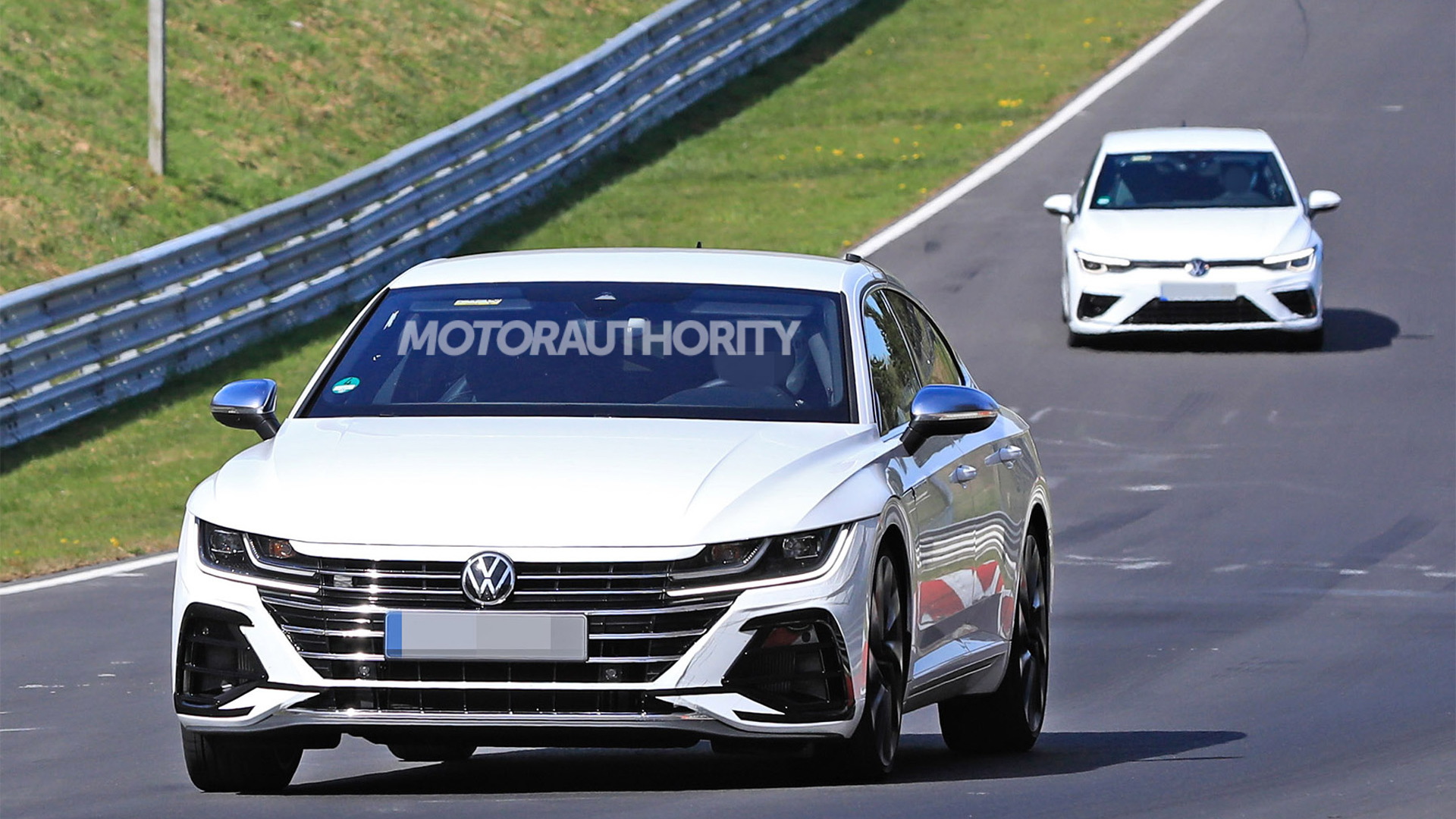 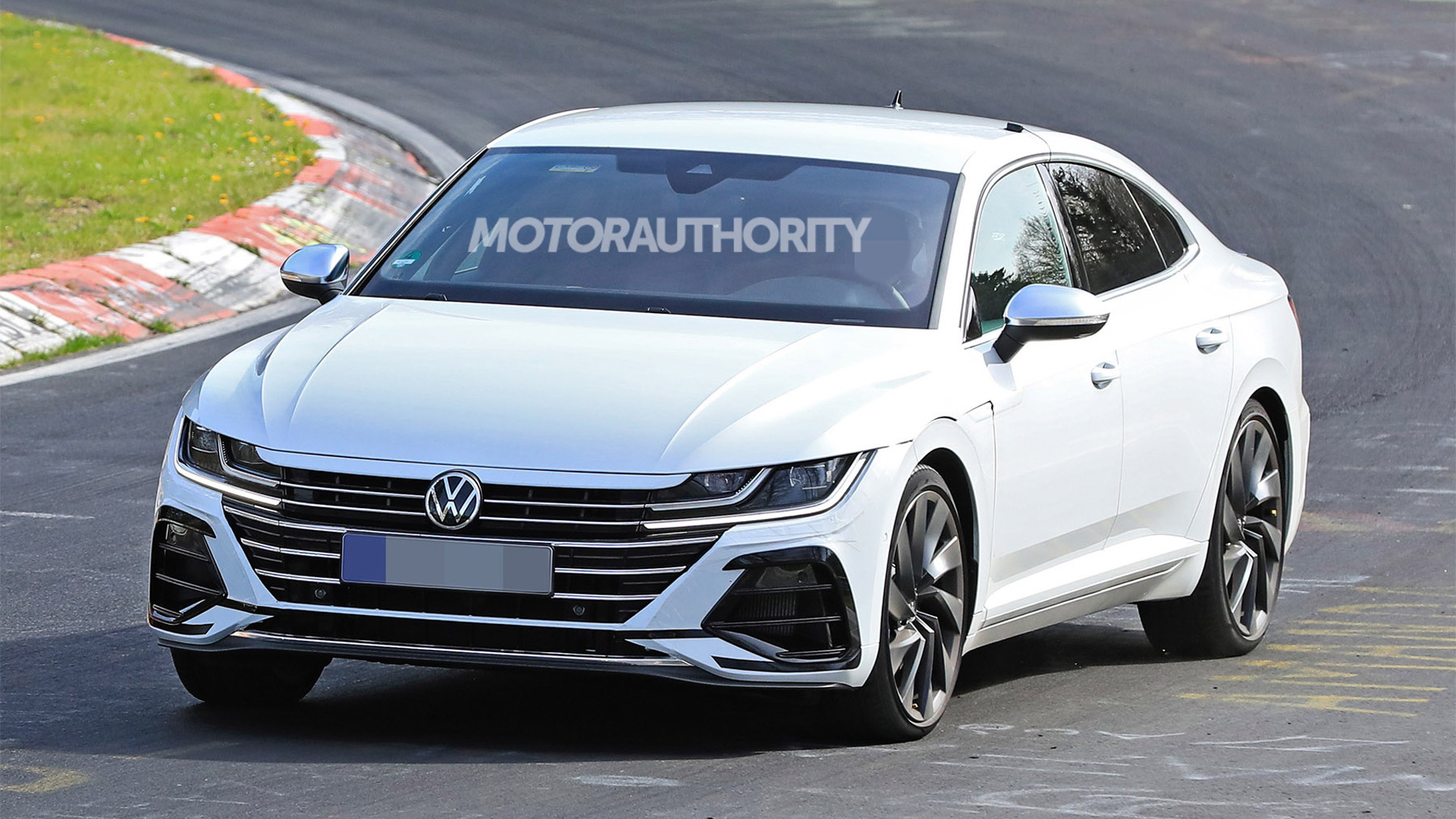 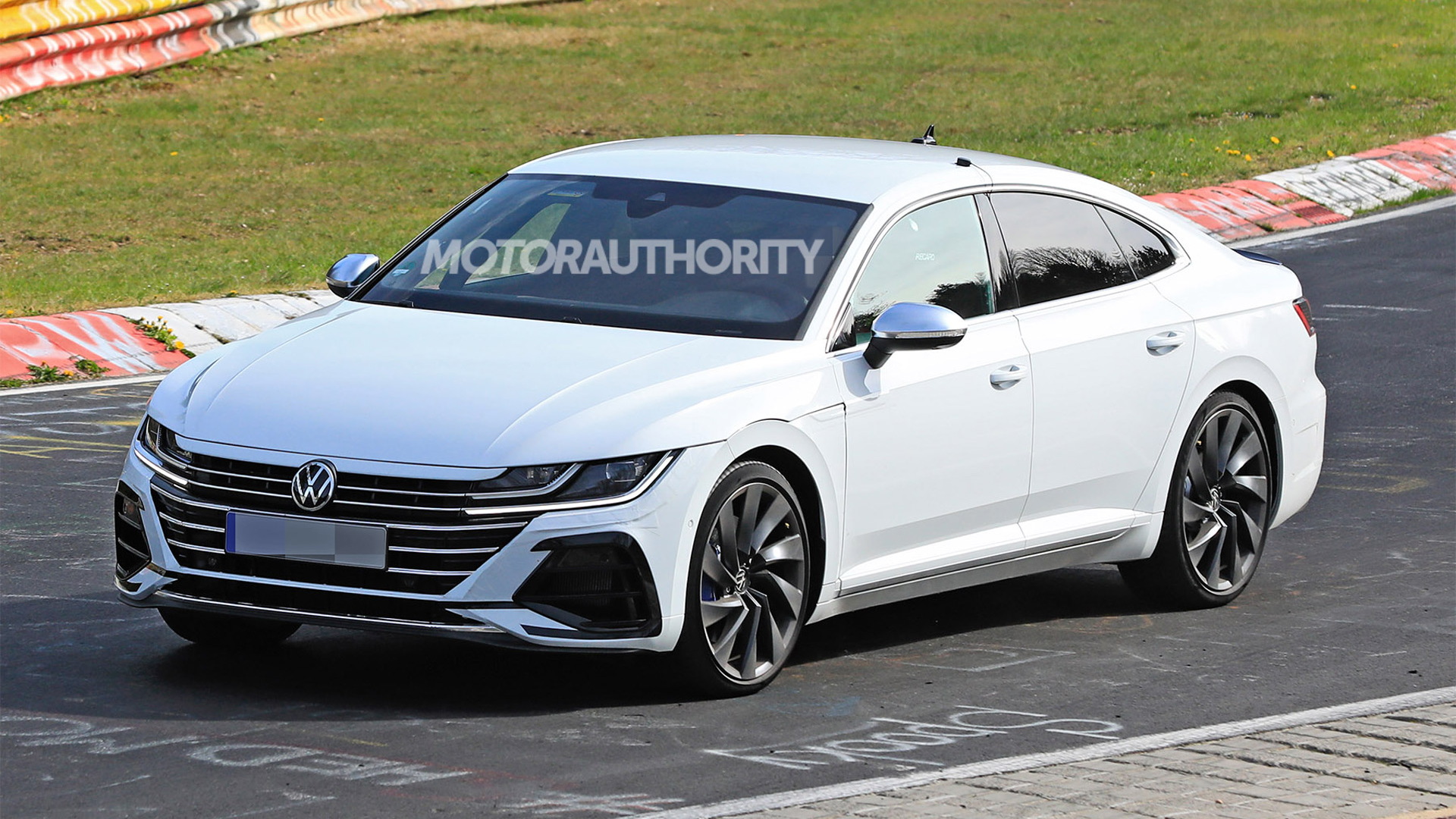 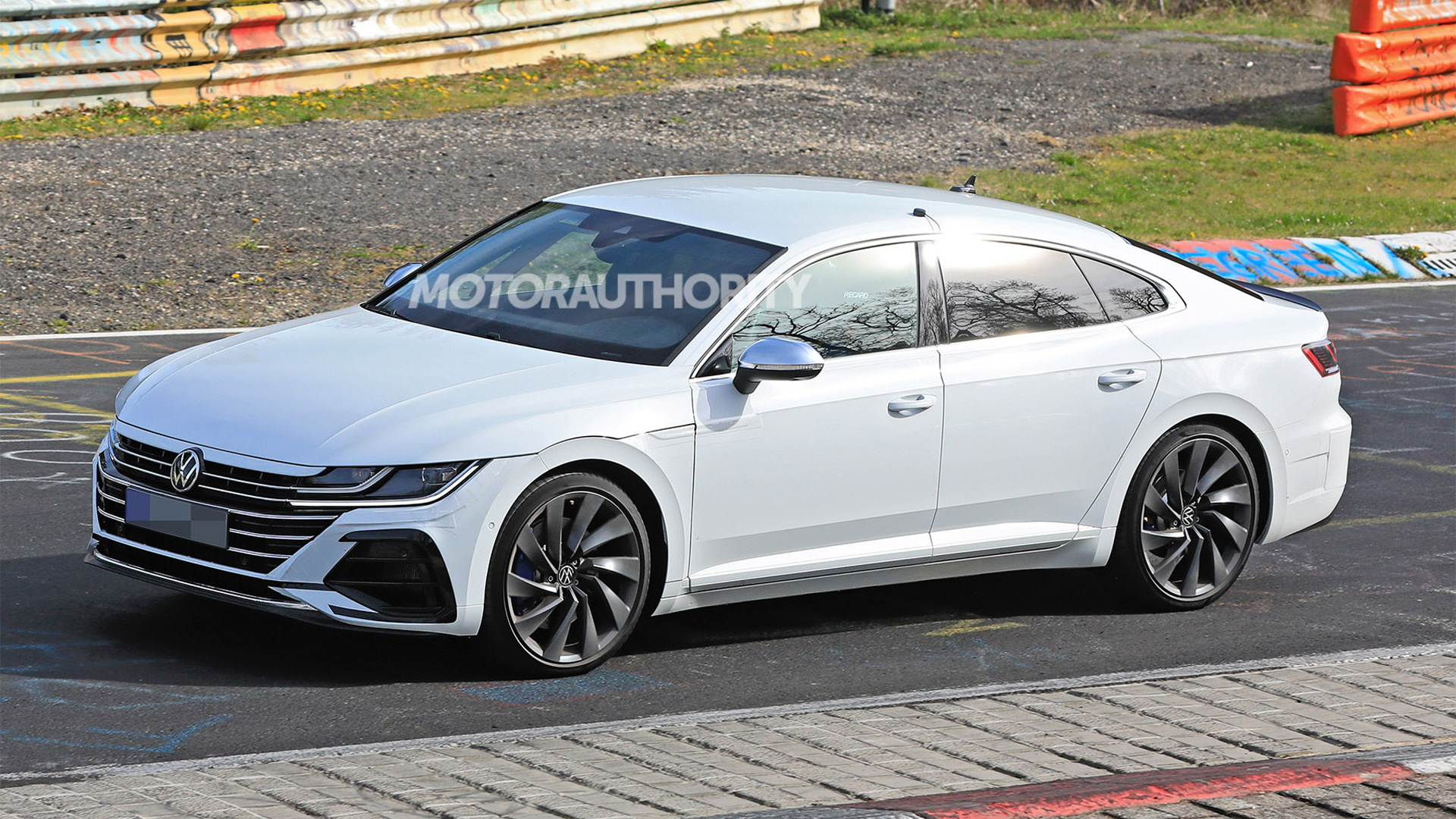 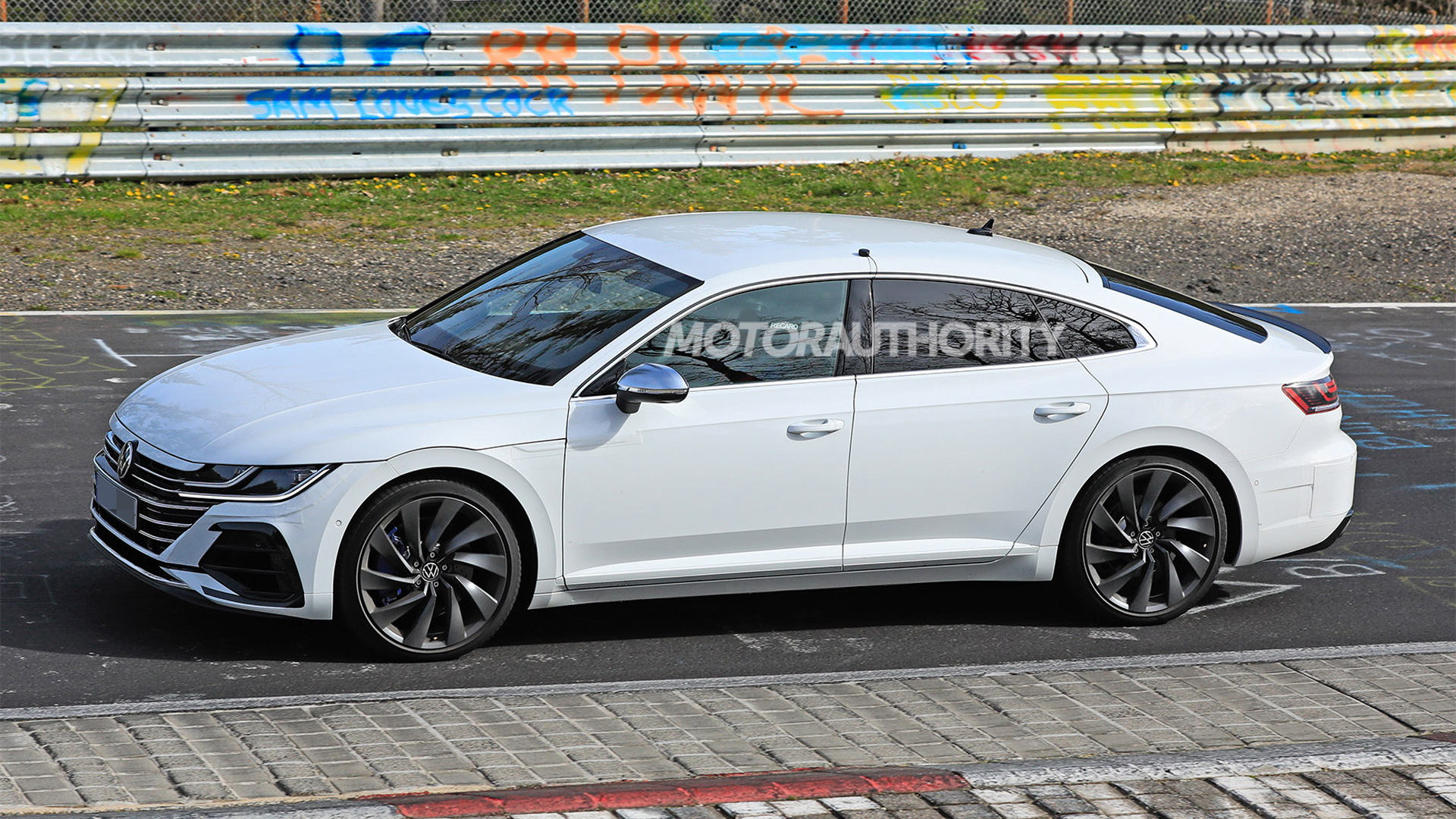 Volkswagen's Arteon is approaching the midpoint in its lifecycle, and the automaker is planning an update for the sultry fastback sedan that will include a number of new variants.

One of the new variants will be a high-performance Arteon R, a prototype for which has been spotted. The prototype is completely devoid of camouflage gear meaning the debut must be coming up shortly.

The Arteon R features a more aggressive front fascia with enlarged intakes on either side and a new front splitter. The car also sports an upgraded brake package with blue calipers, as well as a set of quad-exhaust tips. Both are signature traits of the Volkswagen R performance skunkworks.

As mentioned earlier, the Arteon R will arrive alongside an updated version of the complete Arteon range. Among the updates pegged for the car are revised styling, a new dash design with a larger infotainment screen and more connectivity options, and possibly a tweaked all-wheel-drive system. There will also be a new shooting brake body style.

VW's updated Arteon is expected to be introduced later this year as a 2021 model. Sadly, we've heard that the Arteon R and Arteon shooting brake won't make it to the United States. That doesn't necessarily mean we won't see any new variants here; an Arteon plug-in hybrid is also in the works and still a chance for local sale.