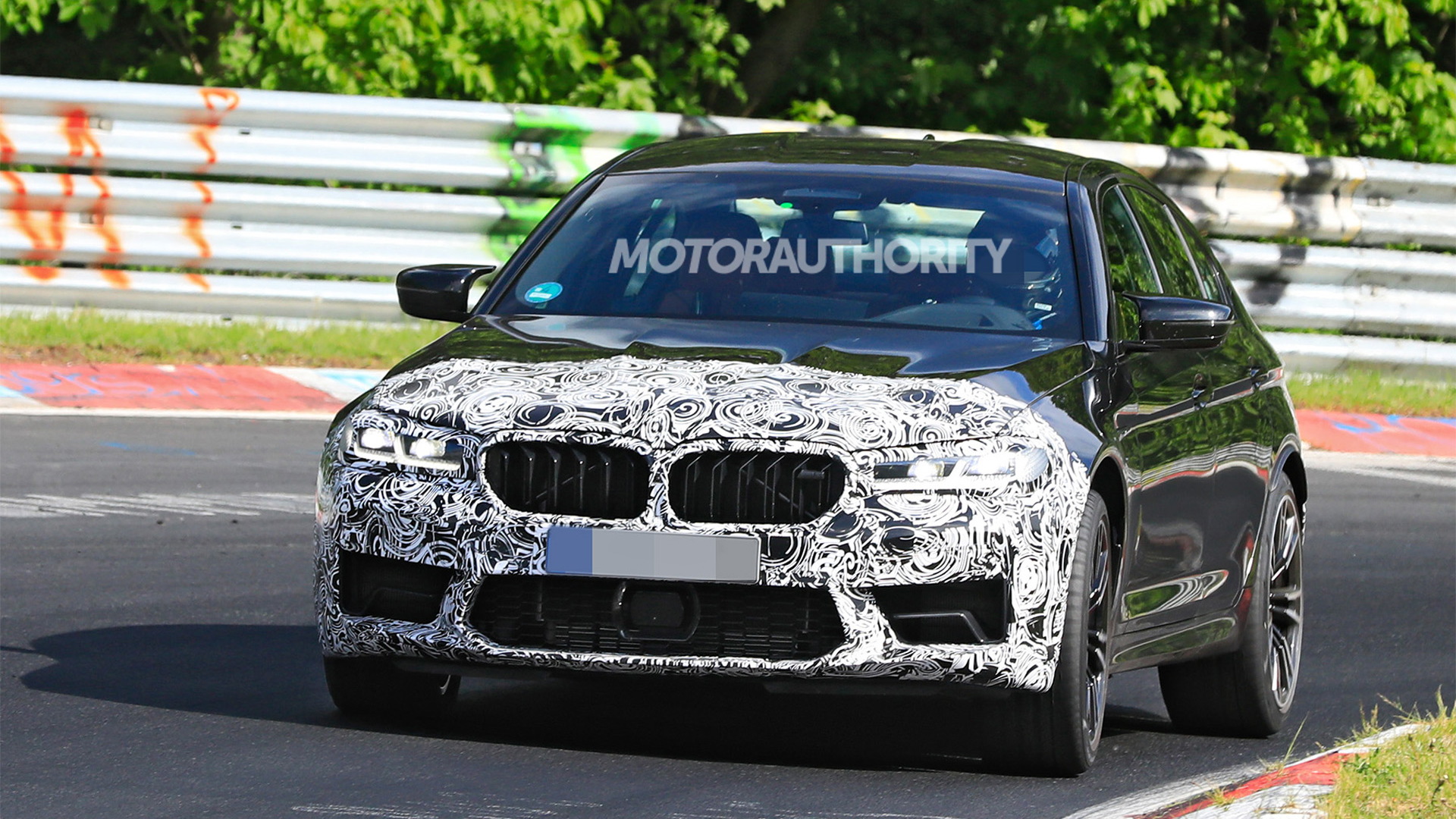 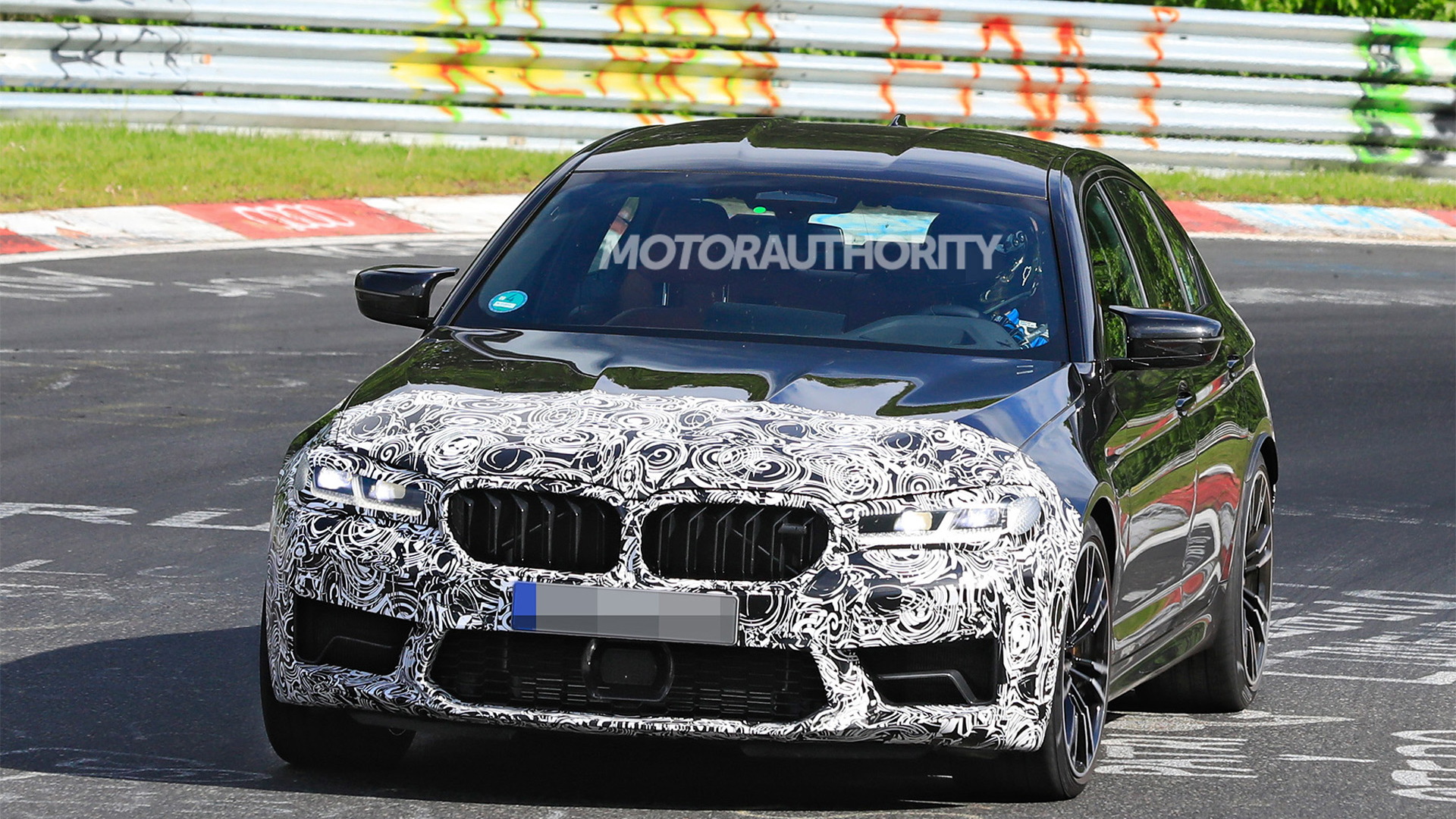 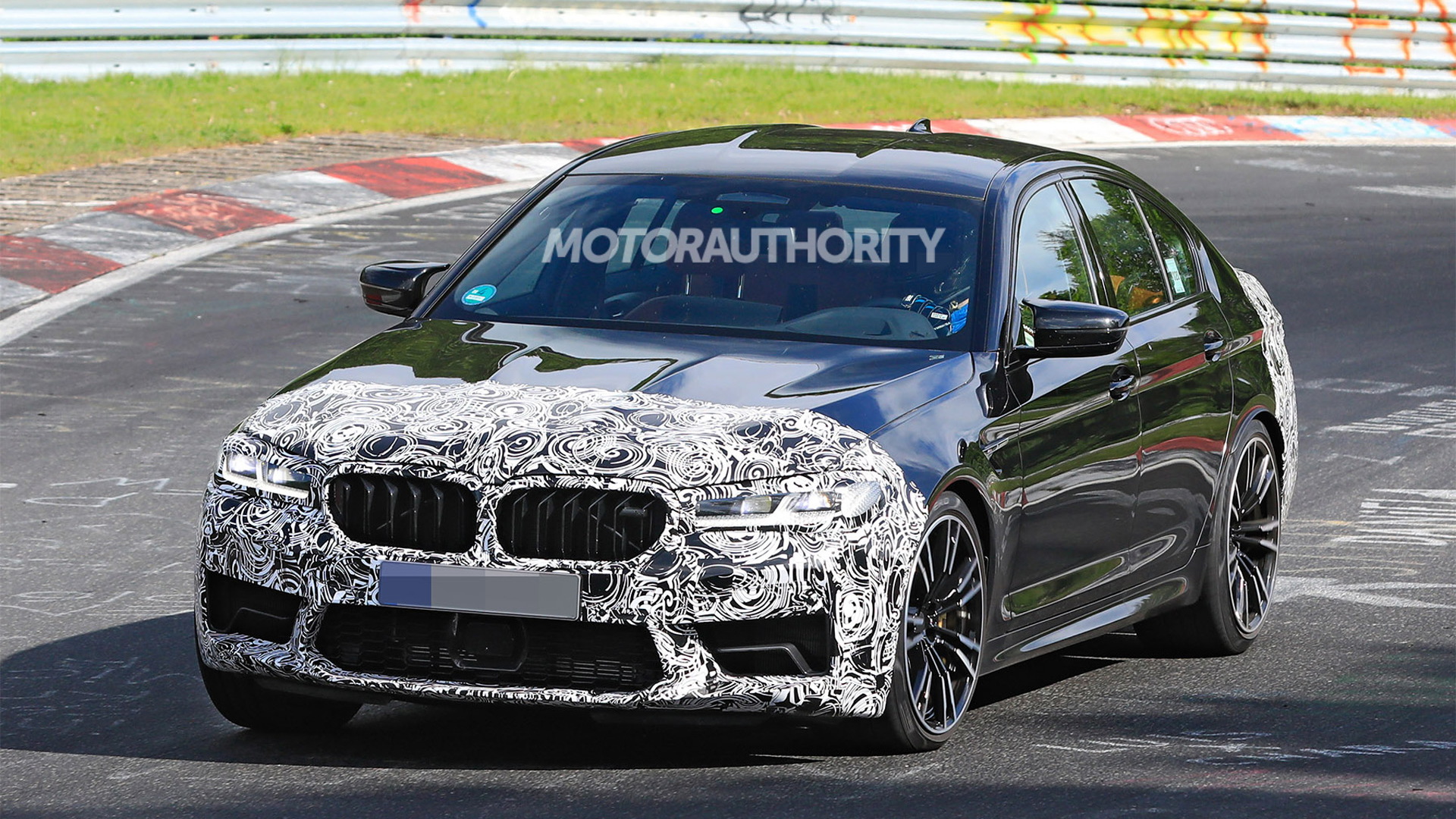 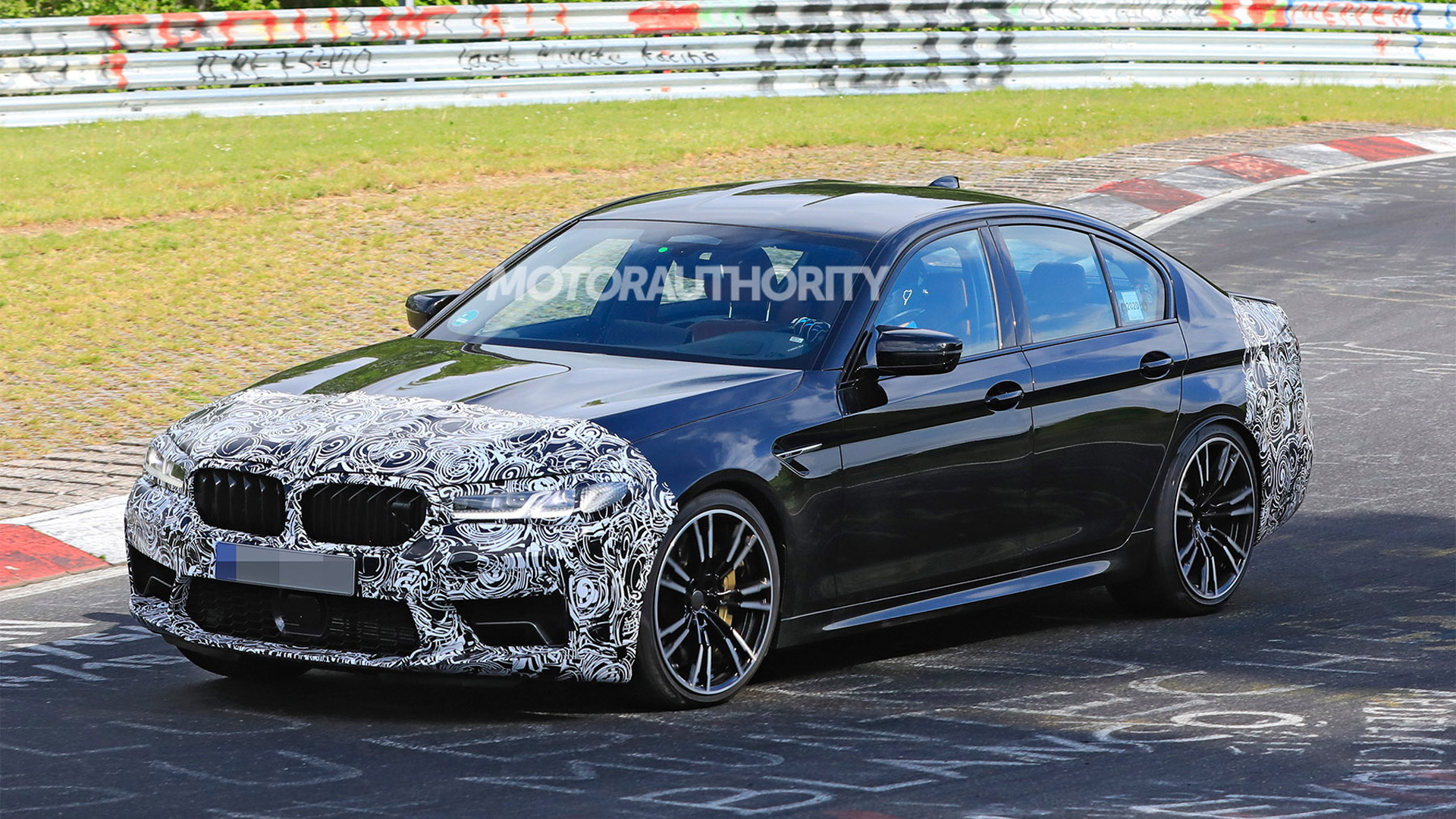 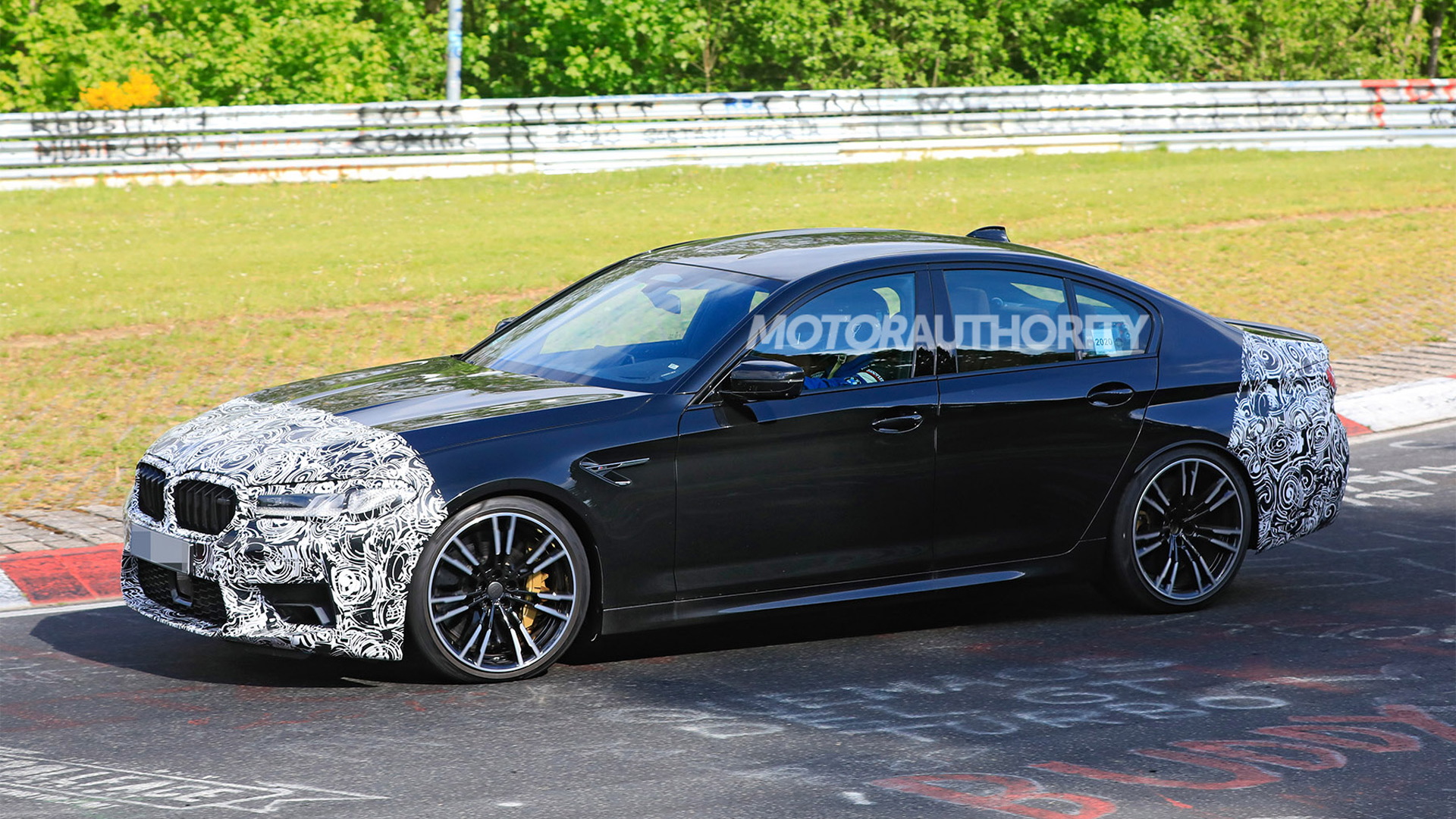 BMW is readying a mid-cycle facelift for the 5-Series and this means all the various models, including the M5 super sedan, will come under the knife.

Our latest spy shots show a prototype for the facelifted M5 that should debut alongside the rest of the facelifted 5-Series family later this year. This means we'll likely see the cars introduced for the 2021 model year.

Also included in the range this time will be a new M5 CS positioned above the regular M5 and slightly sportier M5 Competition. A prototype for the M5 CS has also been spied and reveals the car will feature a few unique aerodynamic mods.

All updated 5-Series models will sport new headlights and a new grille design. The front and rear fascias will also be a new and there could be some tweaks made to the taillights as well.

It isn't clear what mechanical tweaks will take place. The current M5 and M5 Competition are already serious performance machines, with both cars able to hit 60 mph from rest in the low three seconds.

Power for both comes from a 4.4-liter twin-turbocharged V-8 officially rated at 600 horsepower in standard guise and 617 hp in Competition guise. Dyno runs suggest the cars are delivering closer to 700 hp, though.

Rumors point to a newly developed V-8 being used in the M5 CS, though there's been no mention of the engine ending up in other M5 variants.

Likewise, it isn't clear what changes, if any, are pegged for the cabin of the new M5 but an updated infotainment system and new electronic driver-assist features are likely.