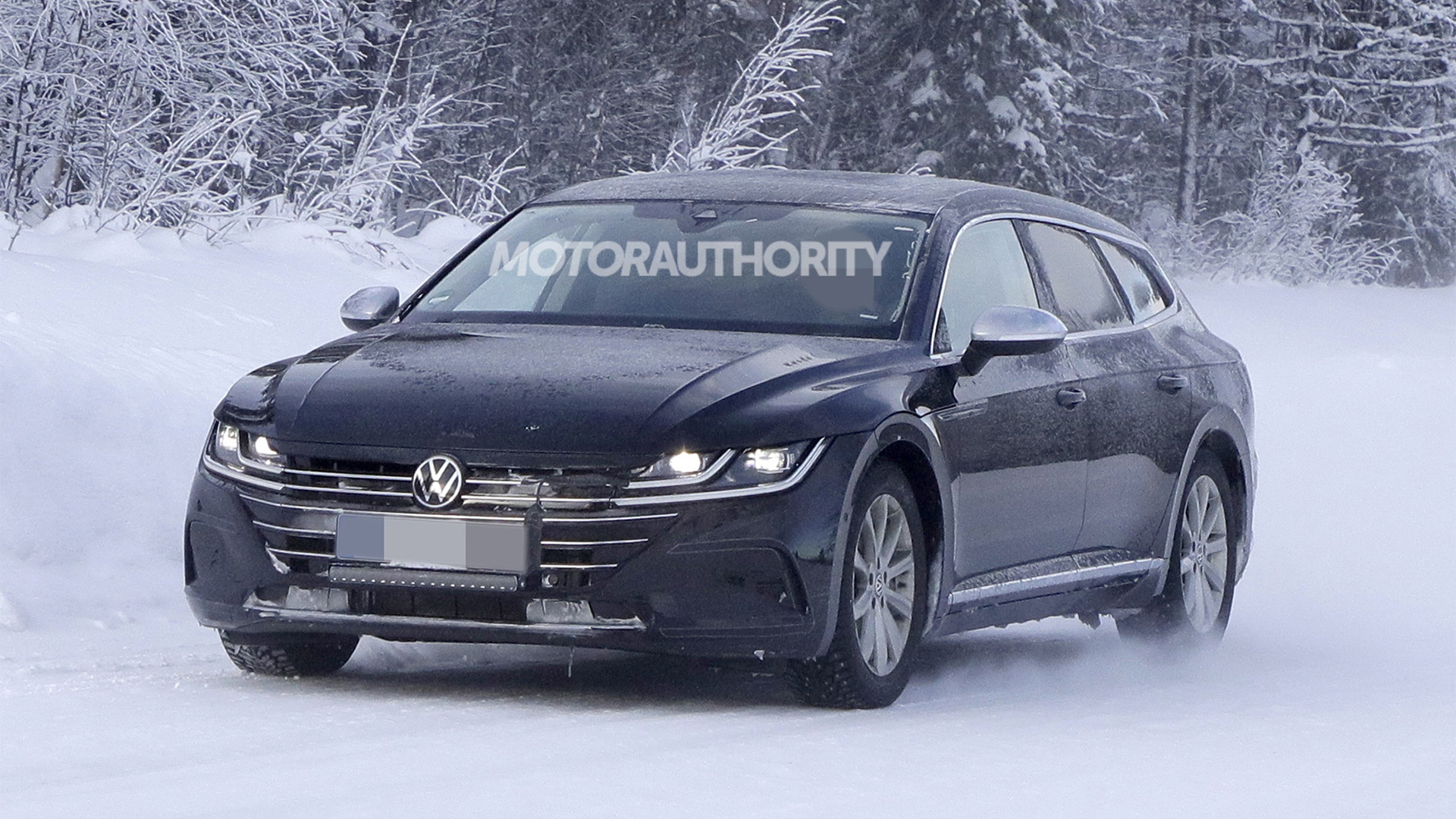 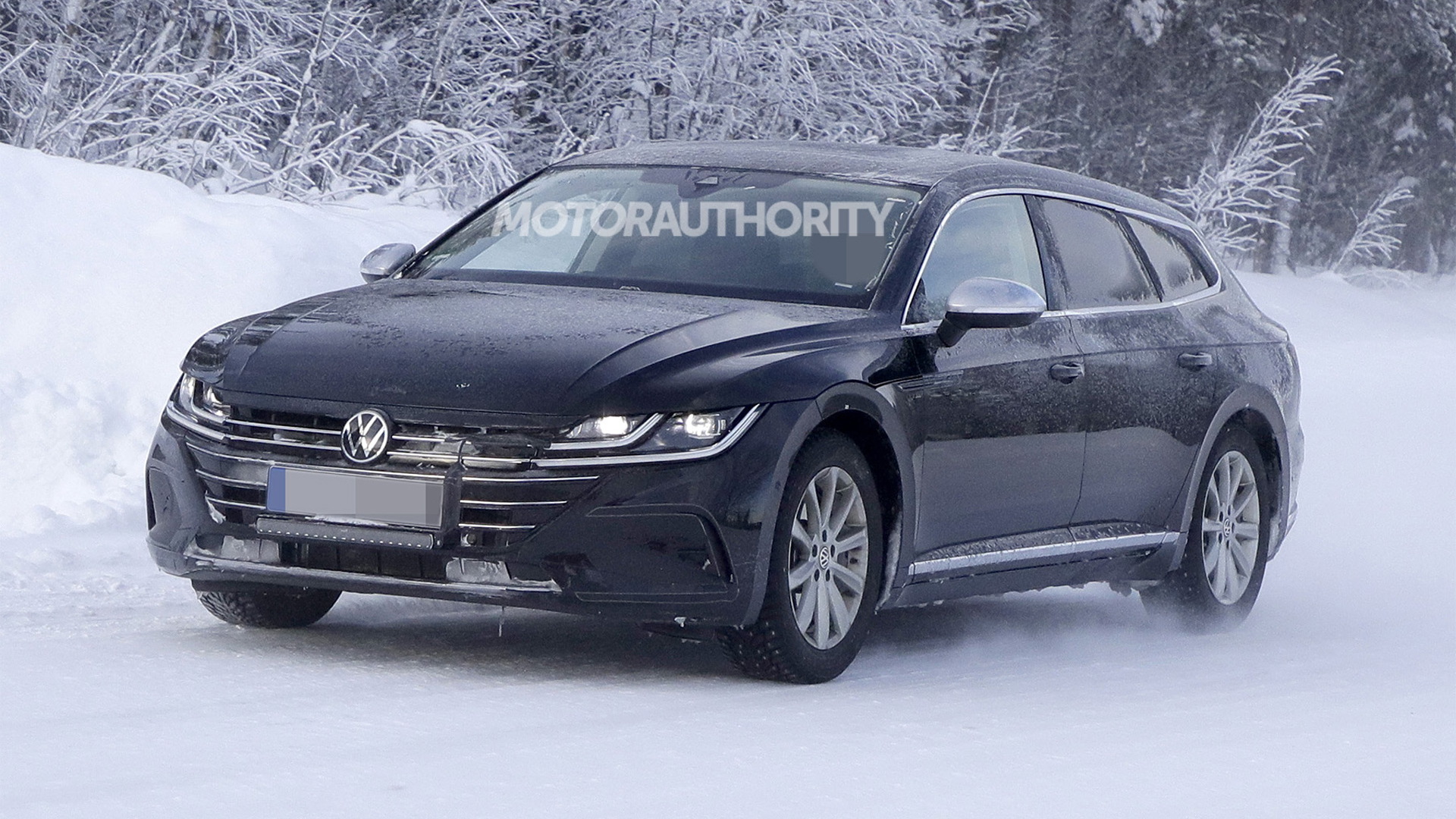 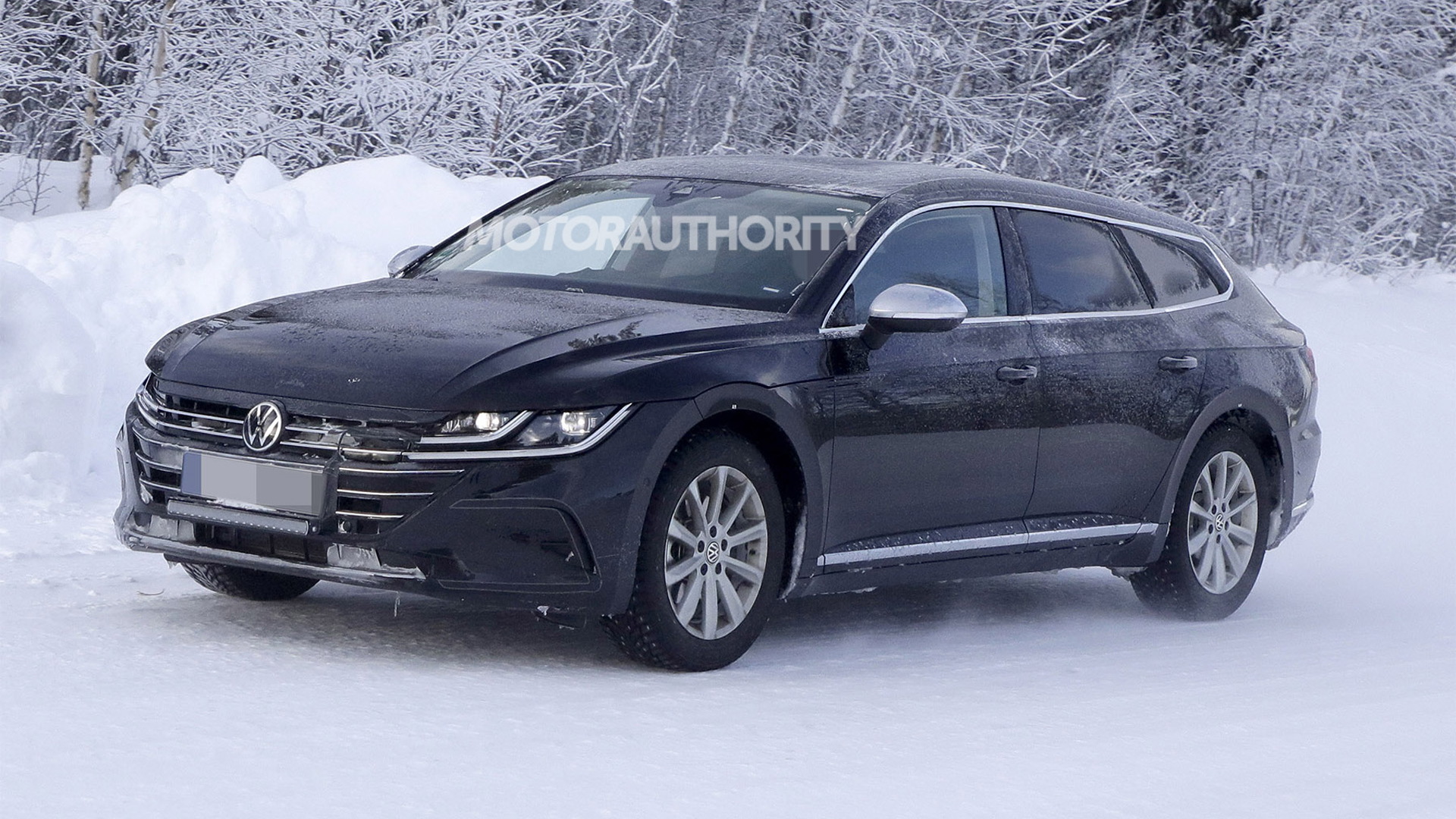 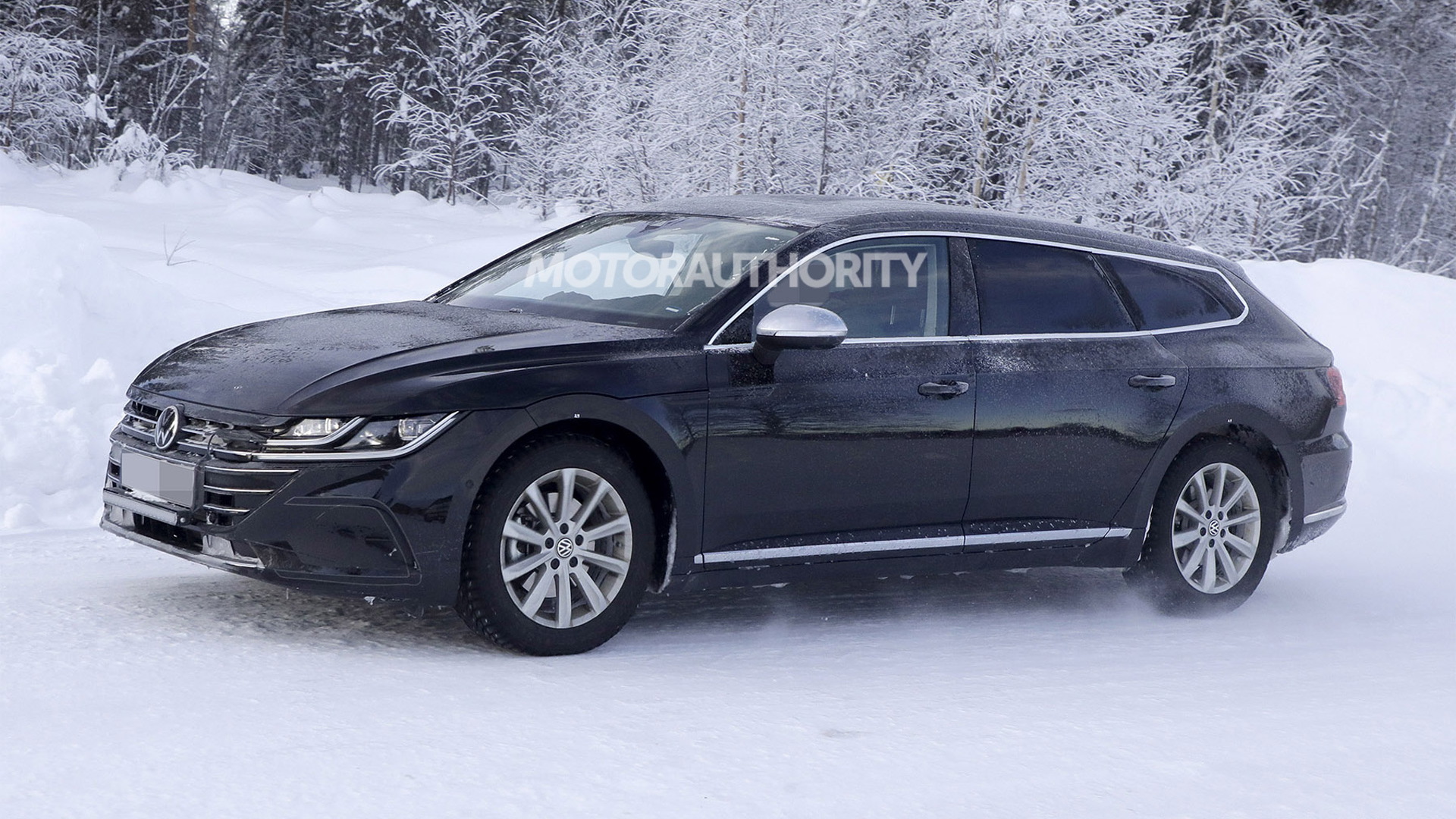 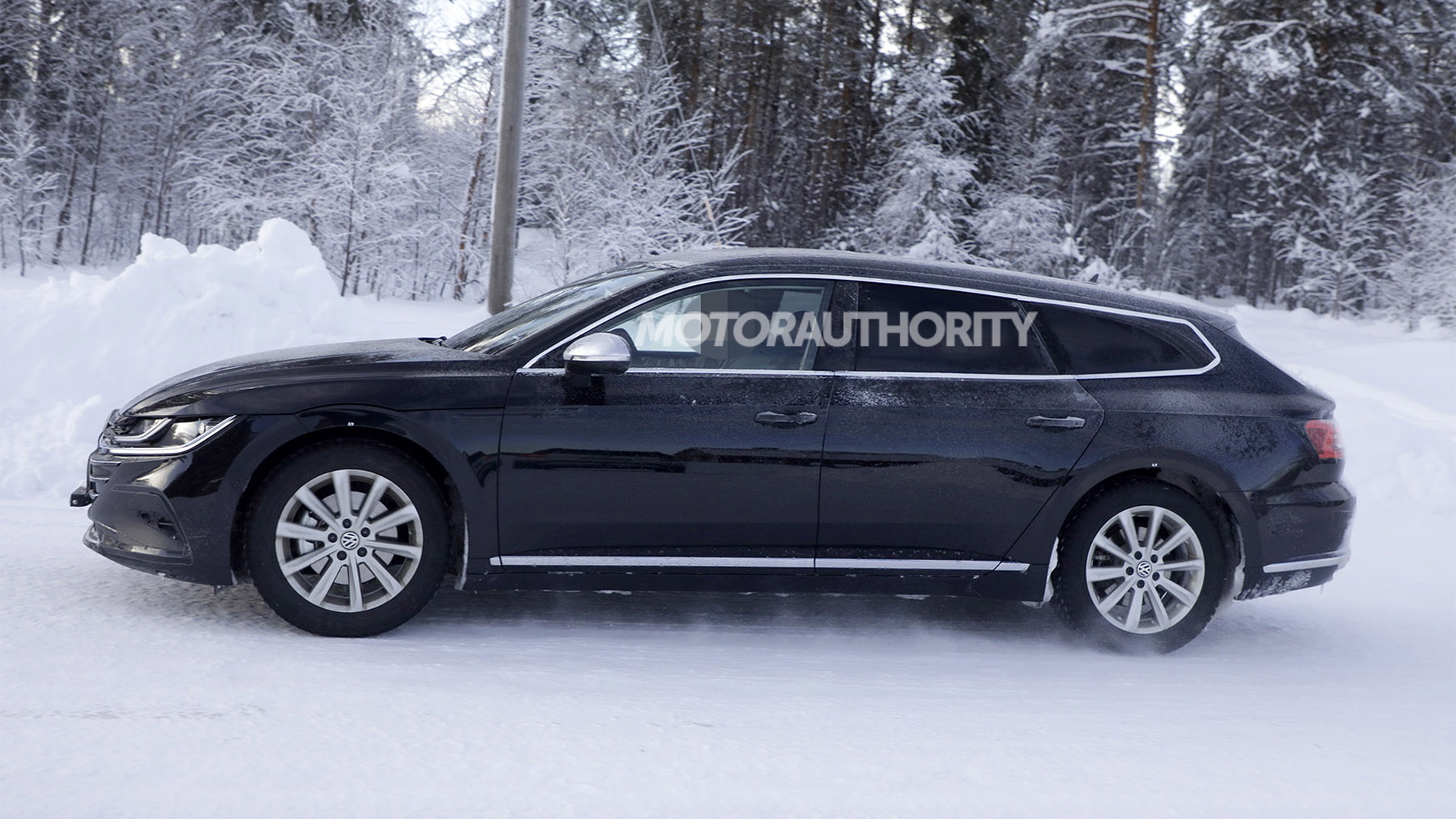 Mercedes-Benz's line of shooting brake models is proof that sometimes style wins out over practicality. For instance, cars like the CLA Shooting Brake and former CLS Shooting Brake serve up four doors and a wide-opening hatch, yet their plunging roofline results in diminished cargo capacity compared to a conventional wagon.

Now, Volkswagen is set to give the segment a go with an Arteon-based shooting brake. A shooting brake is the traditional term for a coupe with a rear hatch, and since the German automakers are happy to call anything with a curved roof a coupe these days, they're more than happy to attach the shooting brake term as well.

A prototype for a new Arteon shooting brake has just been spotted. The tester looks to have a slightly longer wheelbase than the Arteon sedan, and there's heavy disguise hiding the true design of the rear-most pillar.

Apart from the new rear, the Arteon shooting brake should be a match for the sedan currently on sale. This means a 4-cylinder engine driving the front wheels as standard and all four optionally. The sole transmission on the Arteon is an 8-speed automatic.

Look for the Arteon shooting brake to debut in late 2020 or early 2021. A high-performance R version should arrive about the same time, and for the Arteon sedan as well.

While VW sees a market for a shooting brake in some markets, sales in the United States are doubtful. After all, we’re talking about a niche body style for an already niche product. Blame it on trends or blame it on perceptions, but as most automakers will tell you, Americans just don’t like wagons—no matter what name you give them.